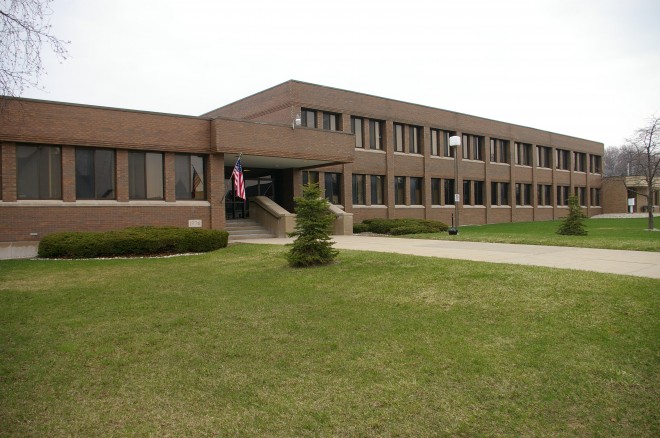 Schoolcraft County is named for Henry Schoolcraft, who explored the area with the expedition of Lewis Cass.

Description:  The building faces south and is a two story red-brown colored brick, concrete and glass structure. The building is located on landscaped grounds in the center of Manistique. The building has a central entrance with overhanging canopy and recessed doorway. The east wing is two stories with vertical brick divisions between the banks of double windows. The west wing is one story.The roof line is flat. The interior has a large bronze mural by Jack E Anderson. 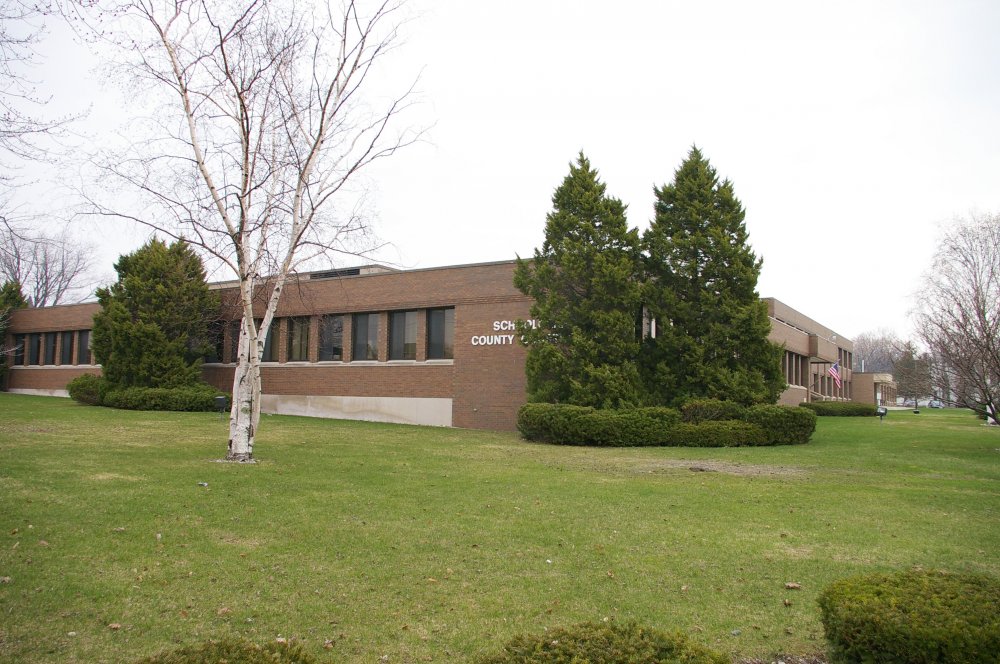 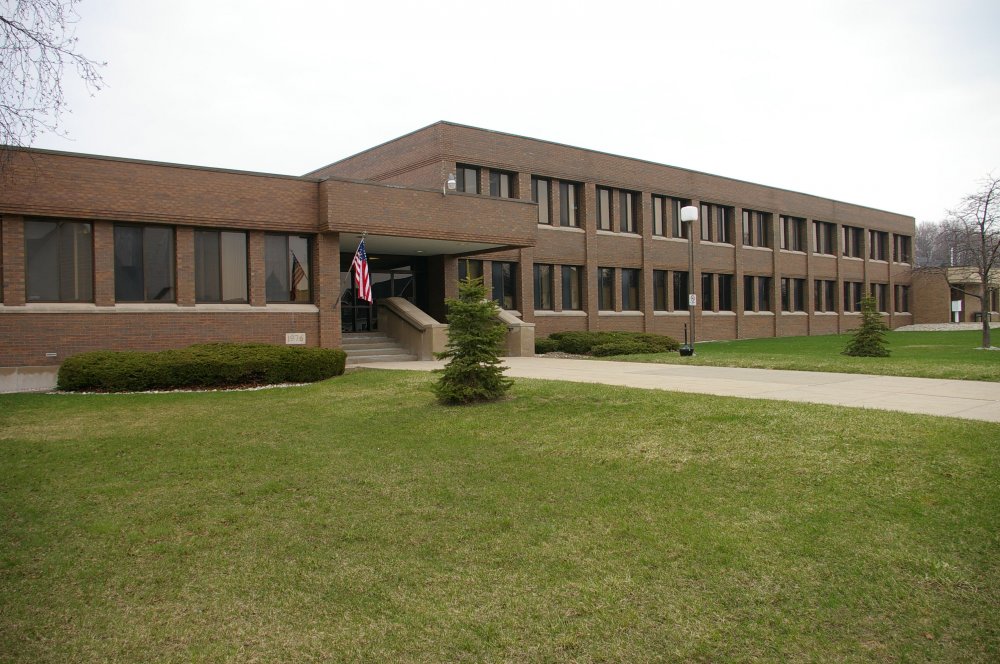 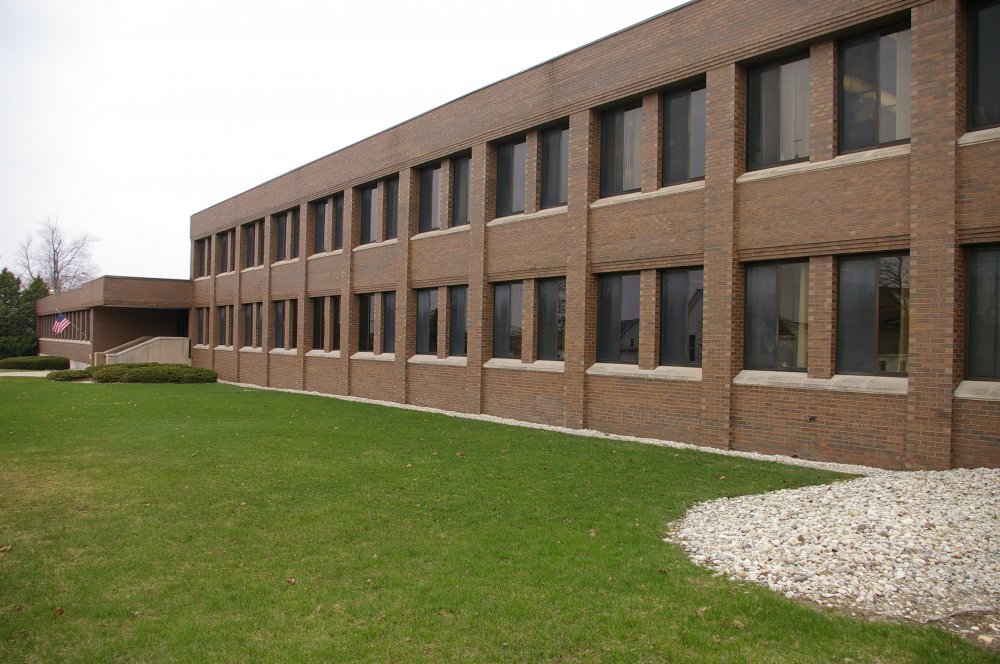 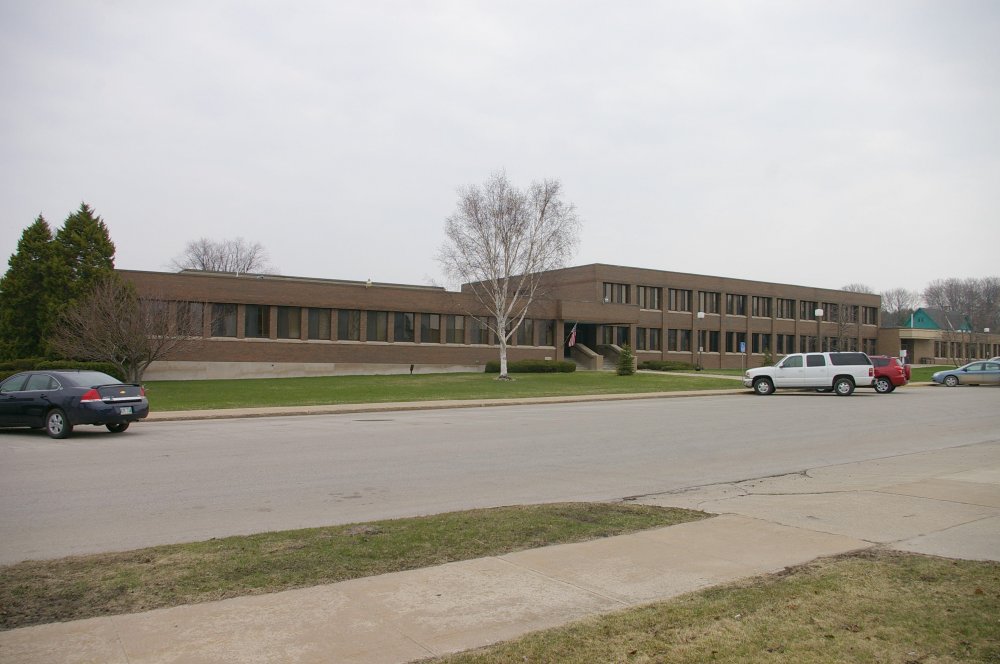 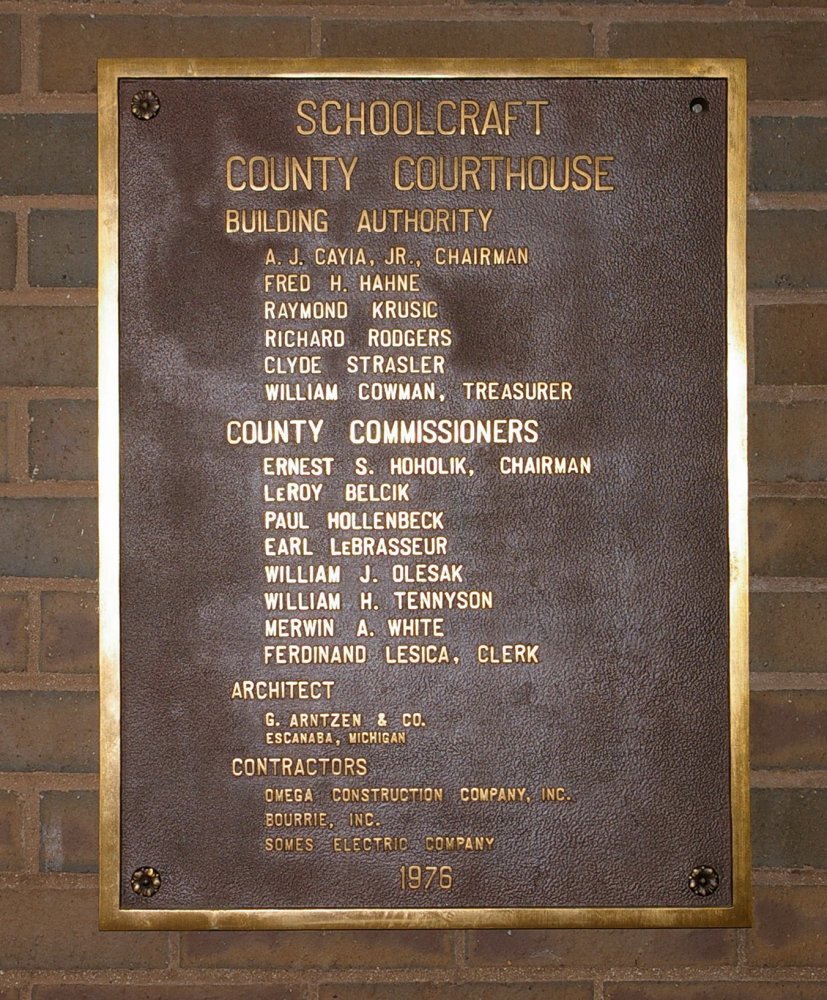 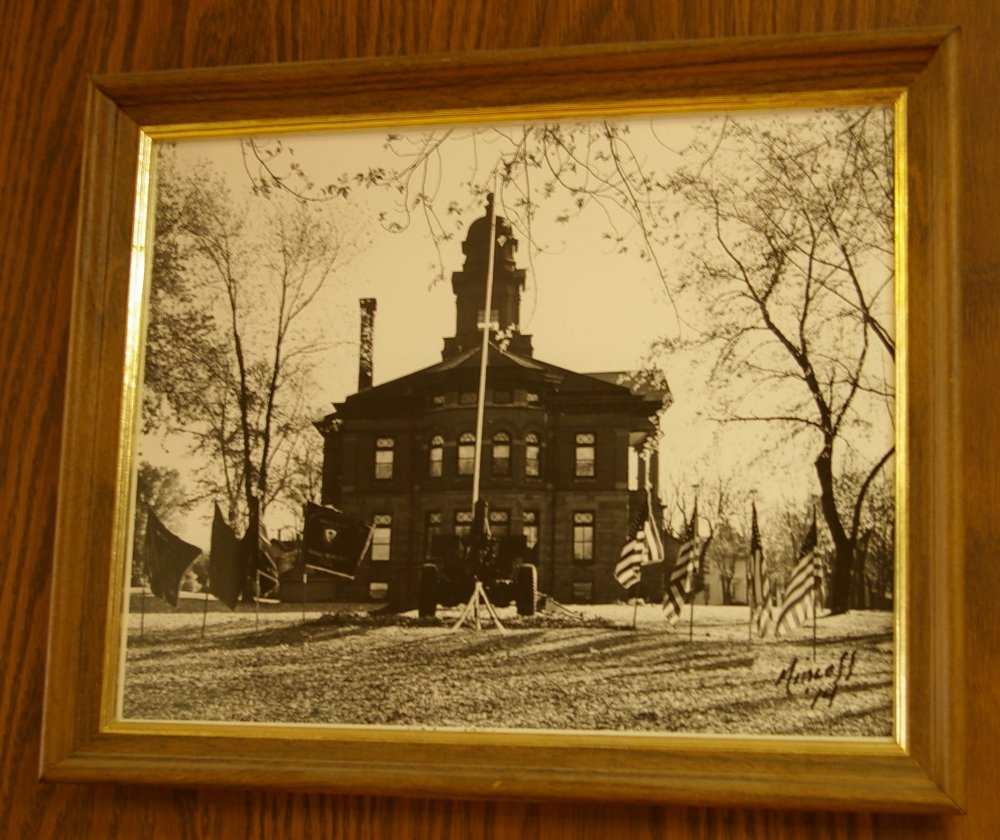