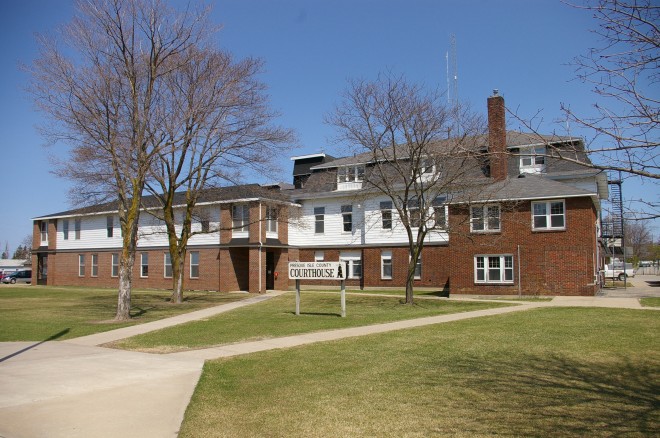 Description:  The building faces southwest and is a three story red colored brick and wood  structure. The building is located on landscaped grounds in the center of Rogers City. The southeast section is the old part and the northwest section was added in 1988. The second story has white colored wood facing. The roof is hipped. The addition had William C Fuller & Associates of Spring Harbor as architect and the contractor was Louis Construction Services of Onaway. 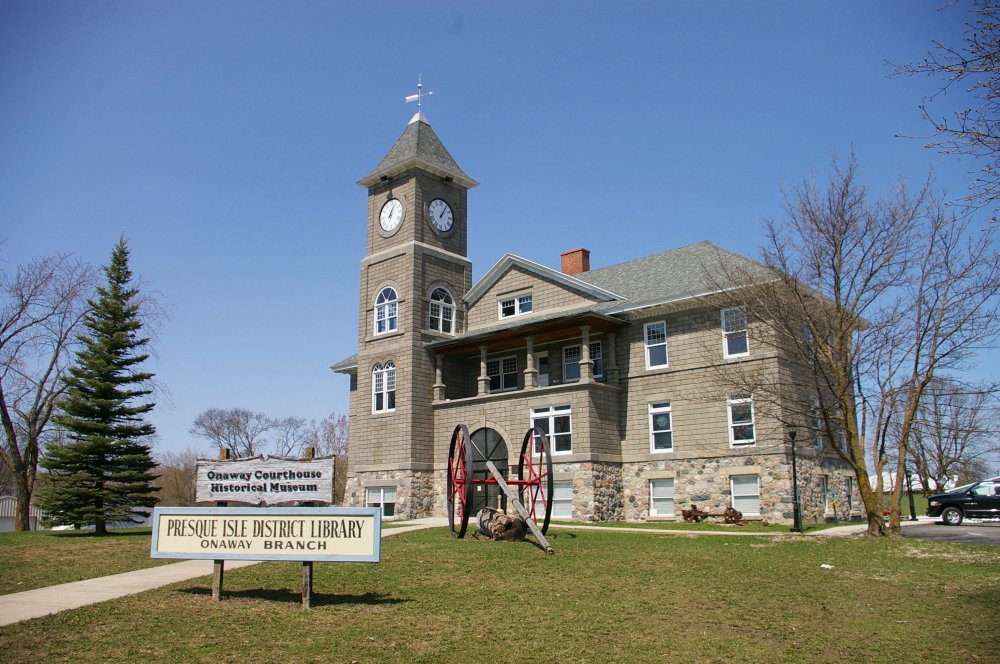 Description:  The building faces south and is a two story gray stone  asymmetric structure. The building is located on landscaped grounds in the center of Onaway. Built of poured concrete block building on a fieldstone foundation, the building has a square tower with clock. The building has a low-pitched hip roof with overhanging eaves supported by bracketry. The building servers as the City Hall for Onaway.

Note:  After the courthouse was constructed, Merritt Chandler was unable to have the county seat moved, so in 1911 a drive started to carve out a new county for Onaway, to be called “Forest County.” The drive failed, but as a compromise, county court sessions were alternated between Rogers City and Onaway until the 1940s. 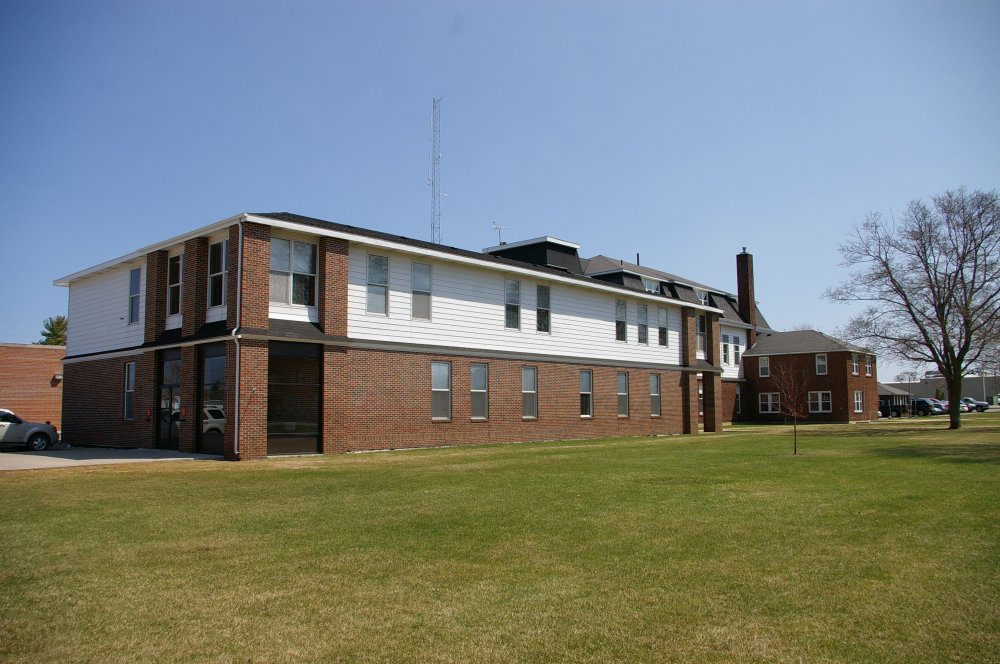 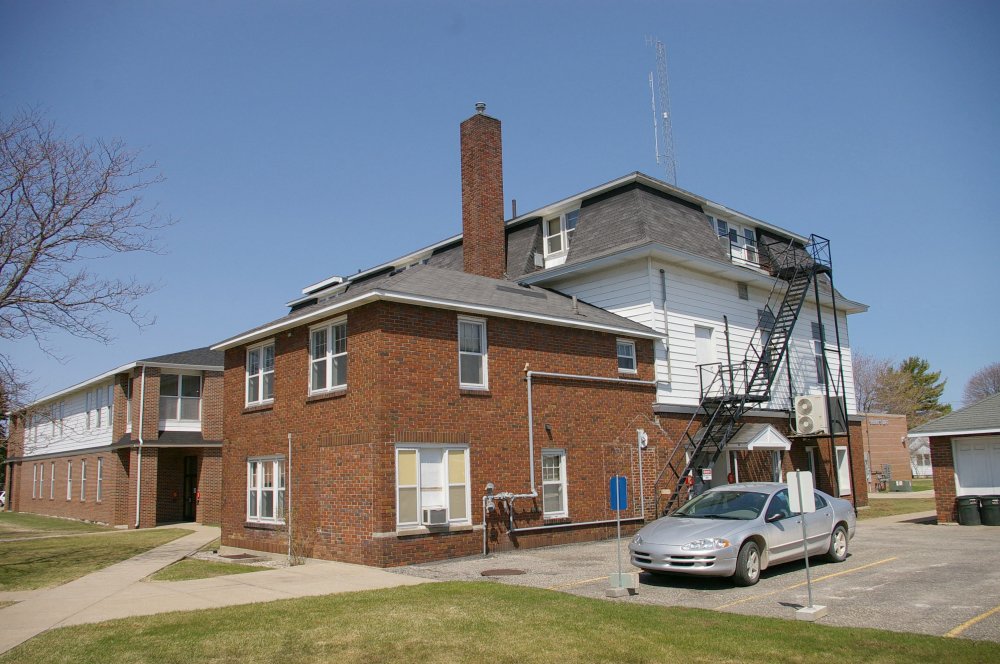 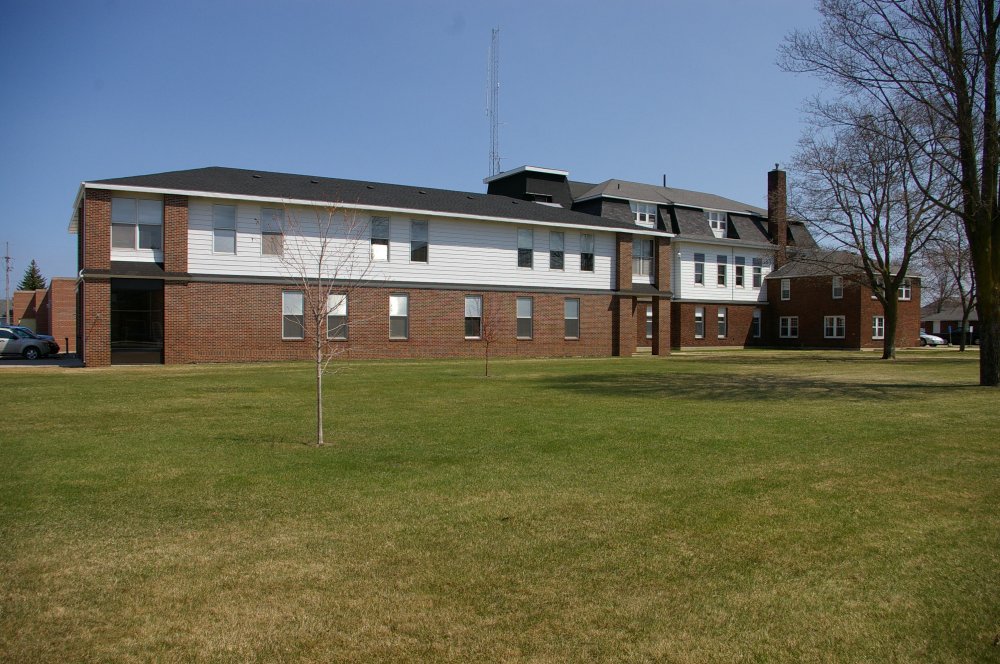 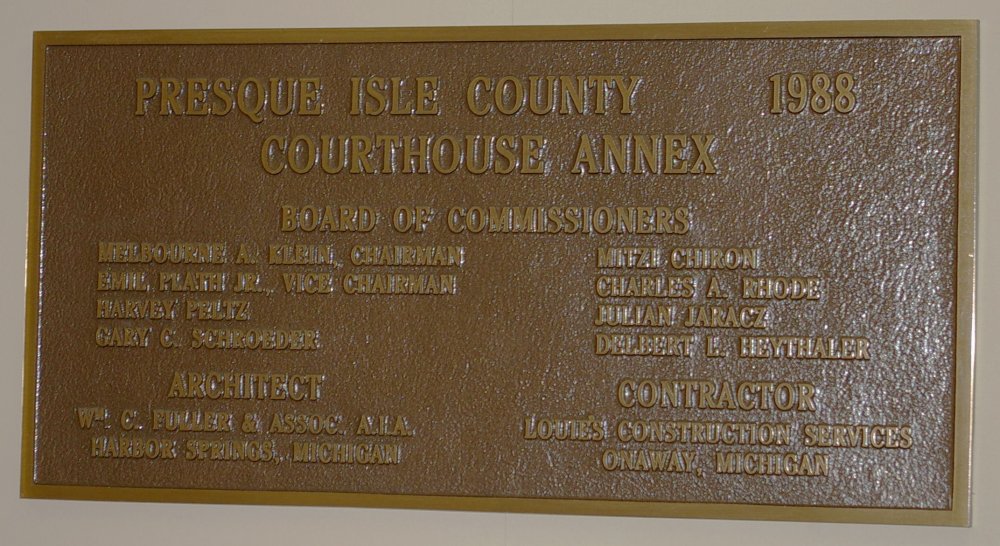 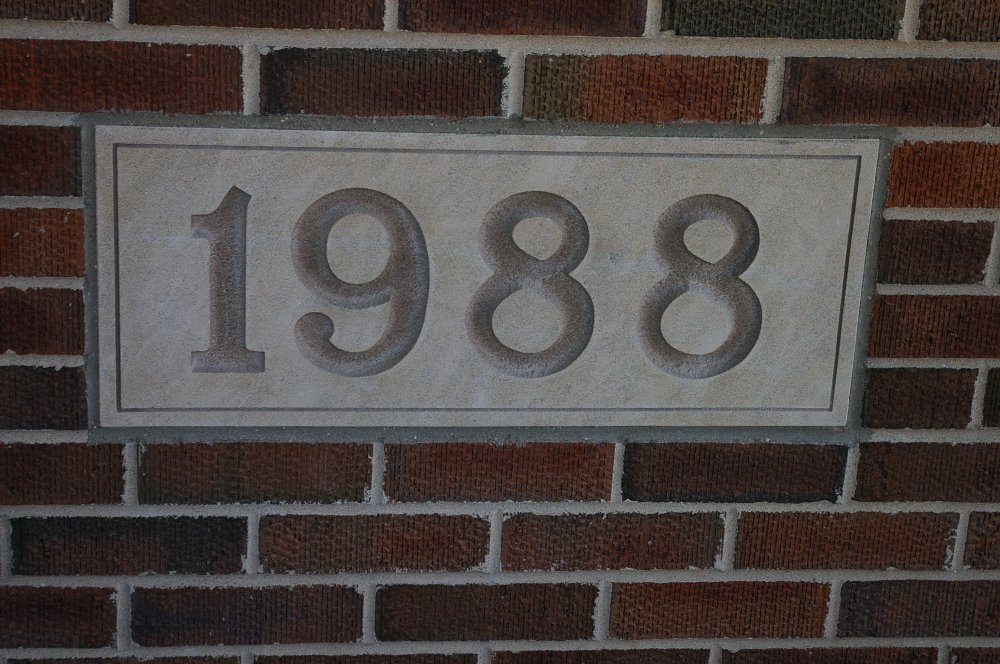 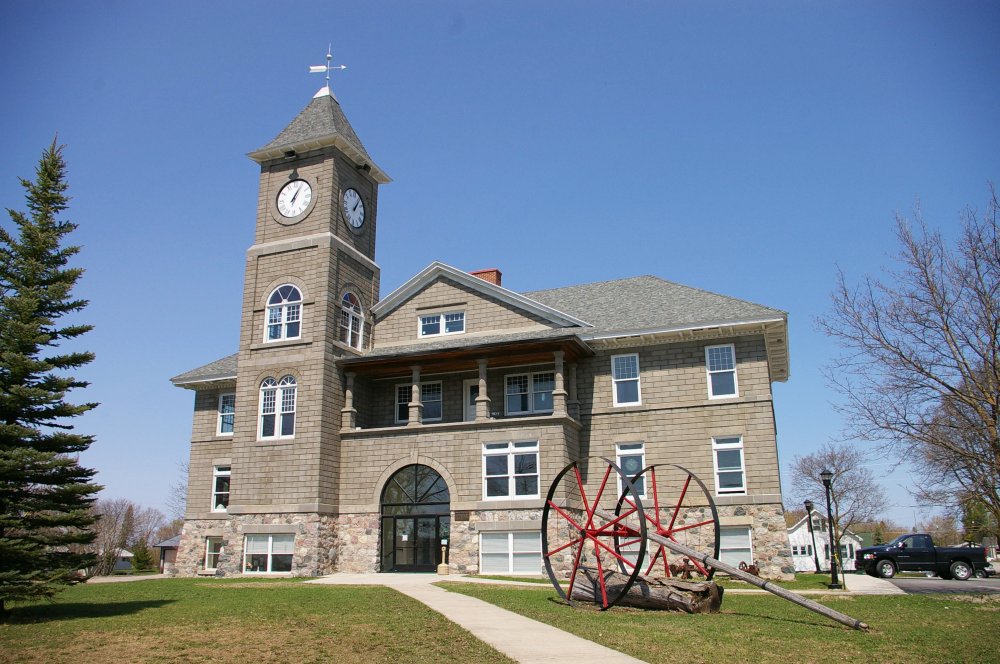 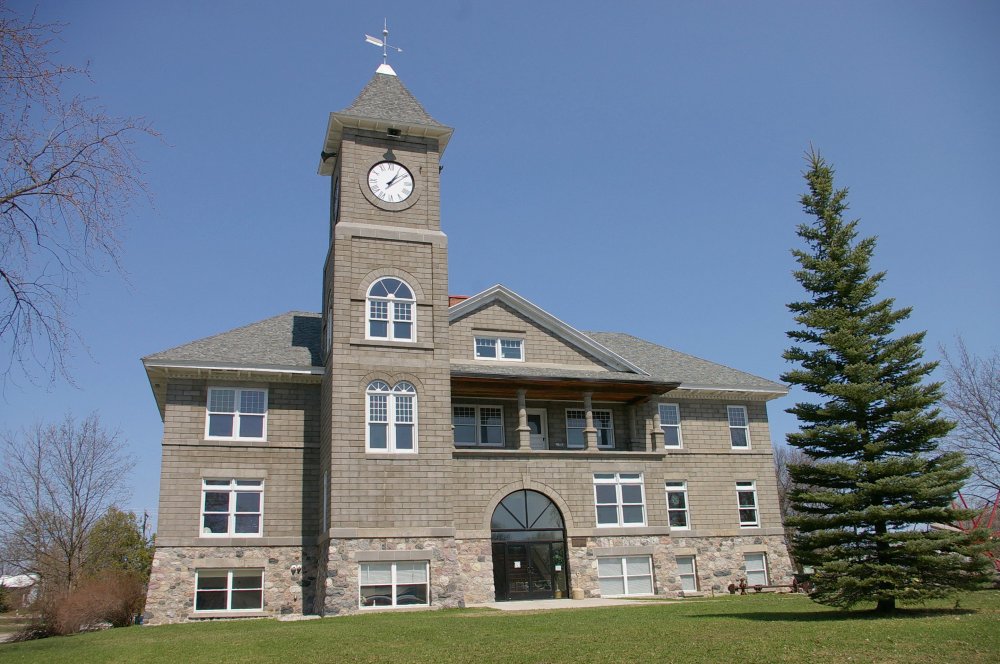 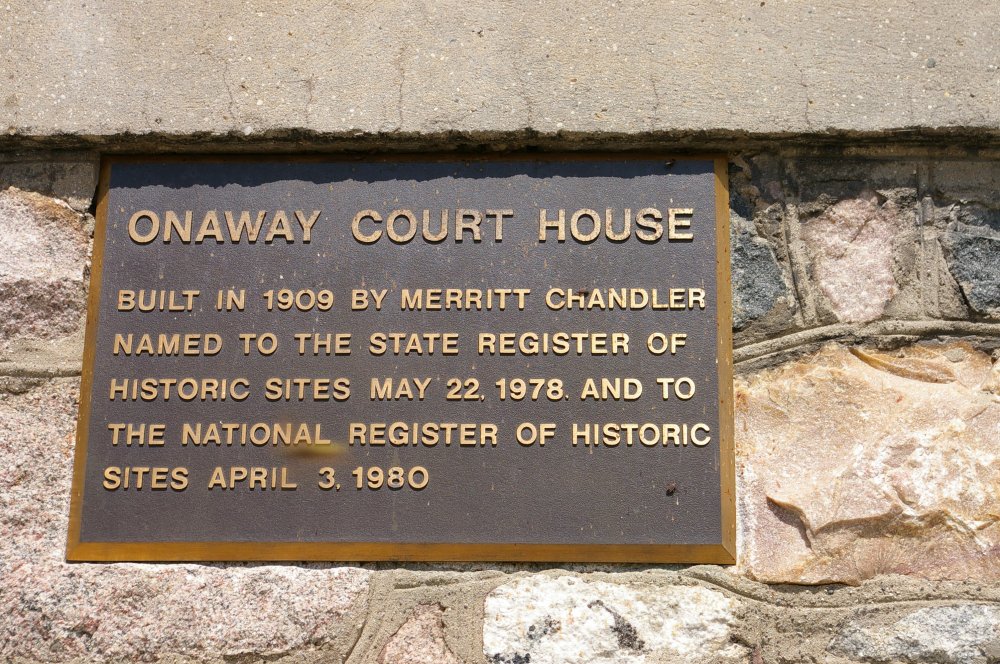