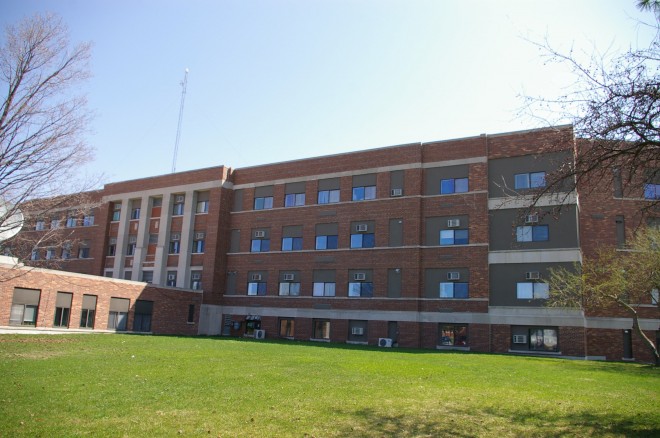 Otsego County is named for Otsego County in New York and is an American Native word meaning “place of the rock” or “clear water”.

Description:  The building faces west and is a four story red colored brick, concrete and glass structure. The building is located on spacious landscaped grounds and was constructed as a tuberculosis sanitarium for Northwest Michigan. The building has a projecting center section with four vertical concrete pillars. White colored concrete horizontal bands run between the floors. The roof line is flat. The building is named as the J Richard Yuill Alpine Center. On the west side of the building there is a lighter brick one story extension. The building was renovated in 1992. The architect was Donald W Morgridge and the contractor was Ausable Construction Company.

Note:  The contractor, F H Martin of Warren employed laborers under the United States Employment Services as approved by the Public Works Administration in 1936. 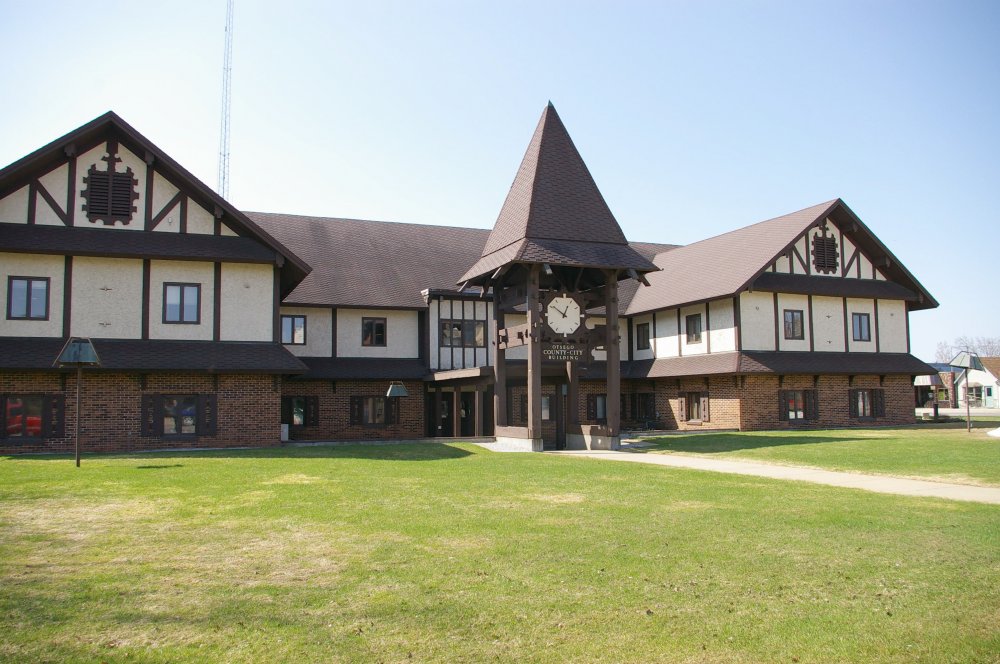 Description:  The building faces north and is a two story buff colored brick, stucco and concrete structure. The building is located on spacious landscaped grounds. The first story is buff brick and the second story is yellow colored stucco with dark brown colored wood trim. The central entrance has a canopy. Two sections extend from the main building. In front of the entrance is a small tower with steep roof. The building is the former courthouse. 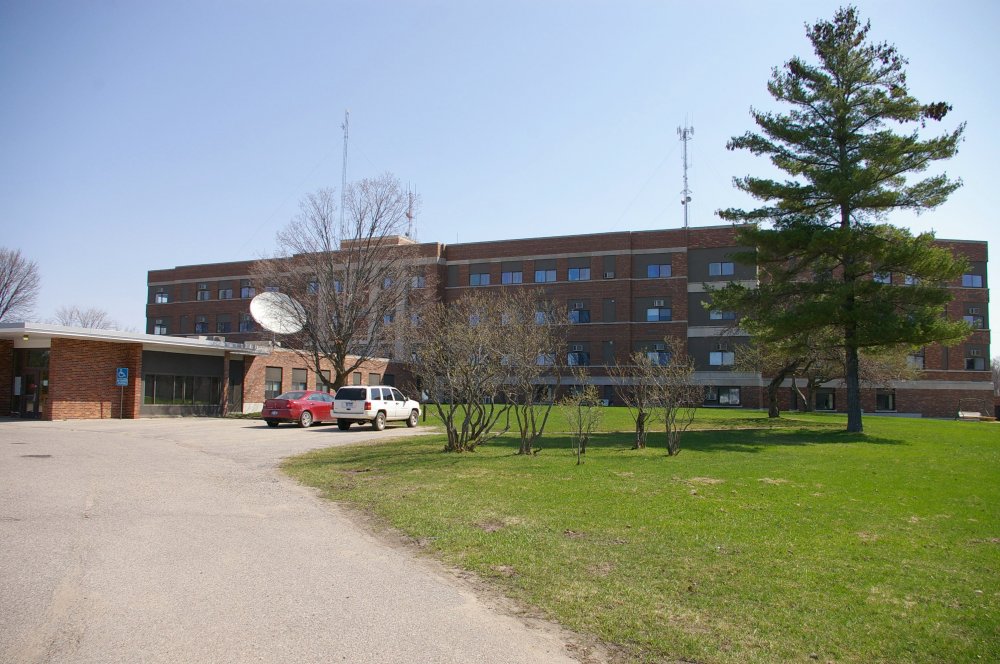 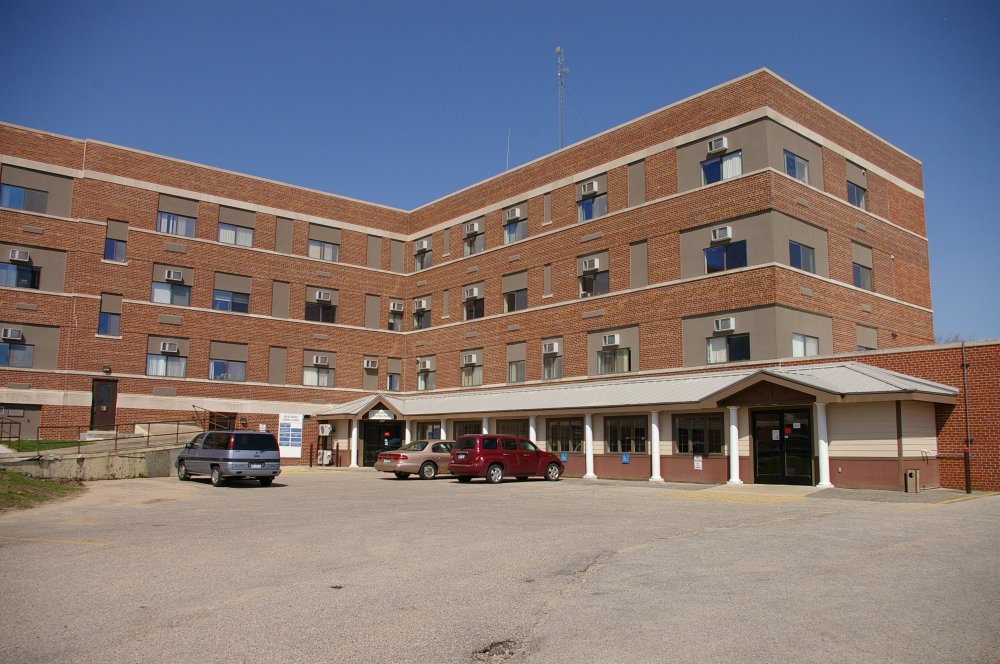 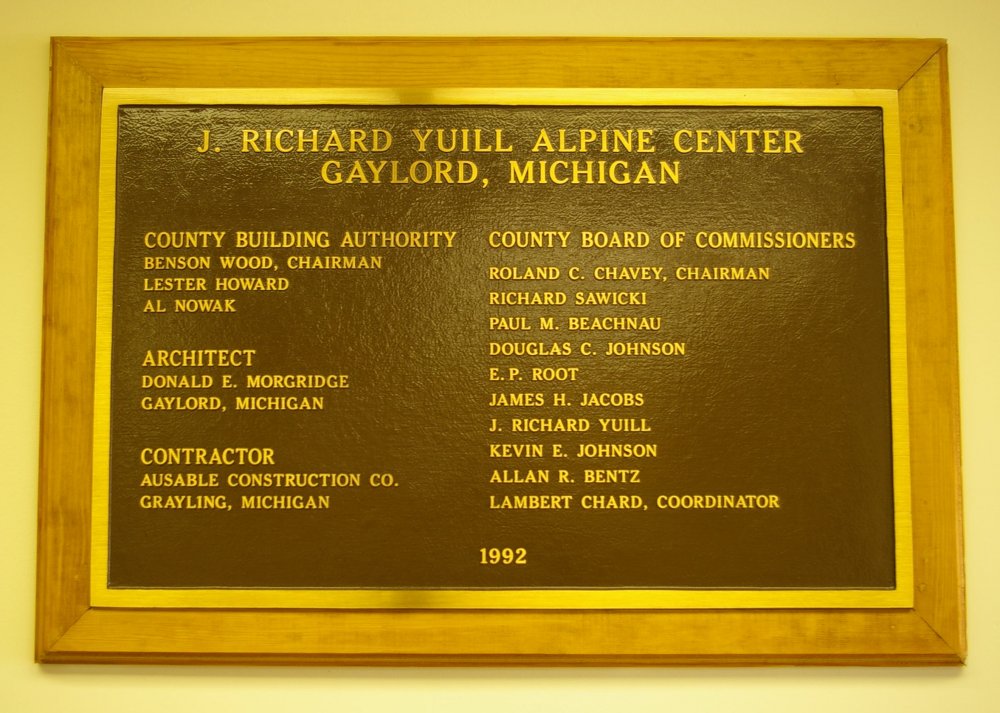 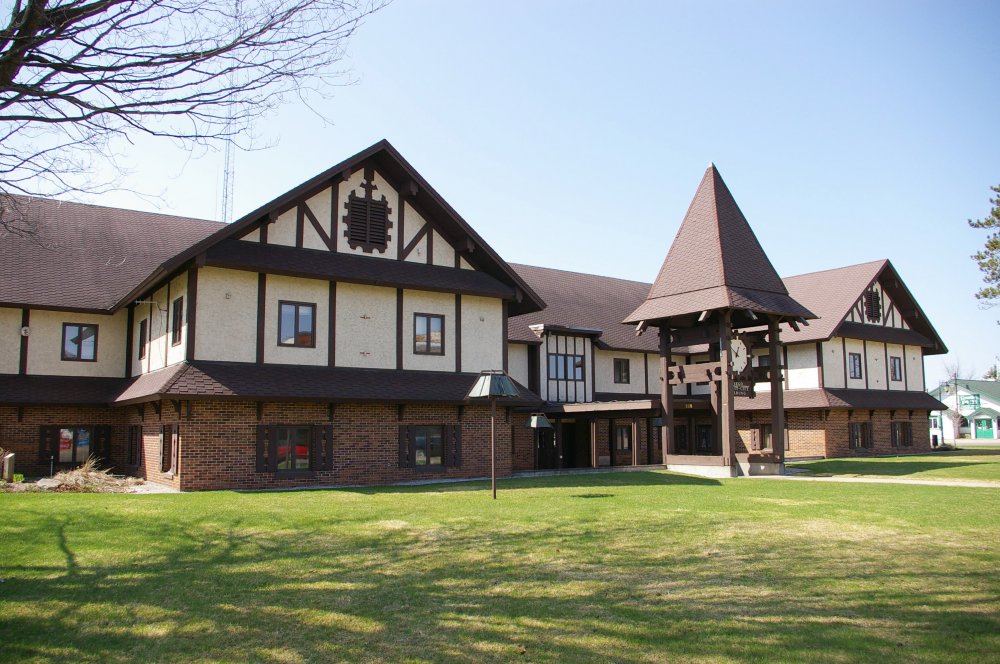 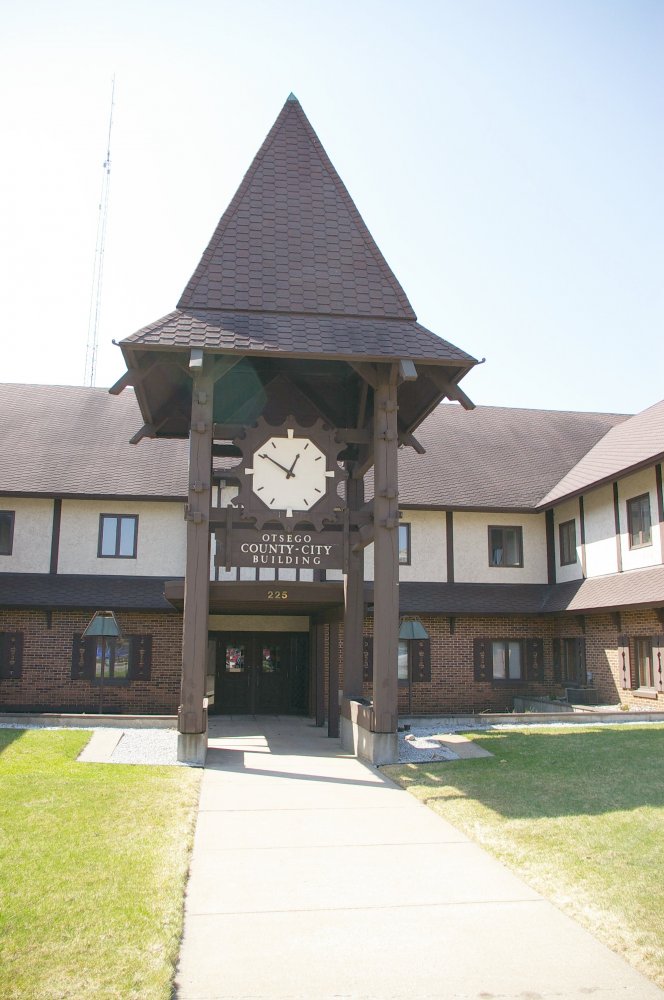 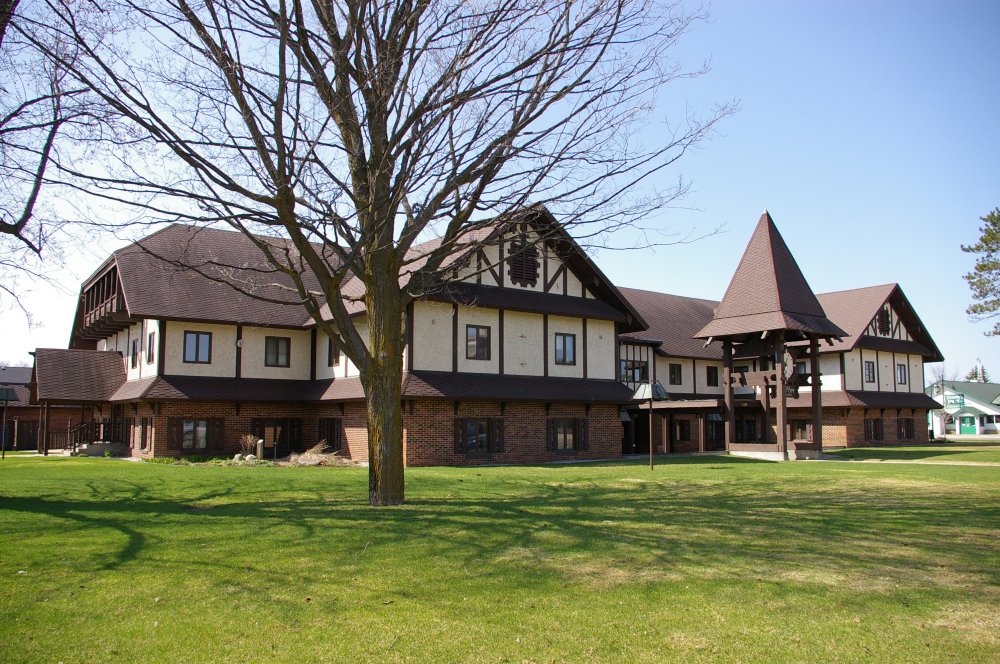 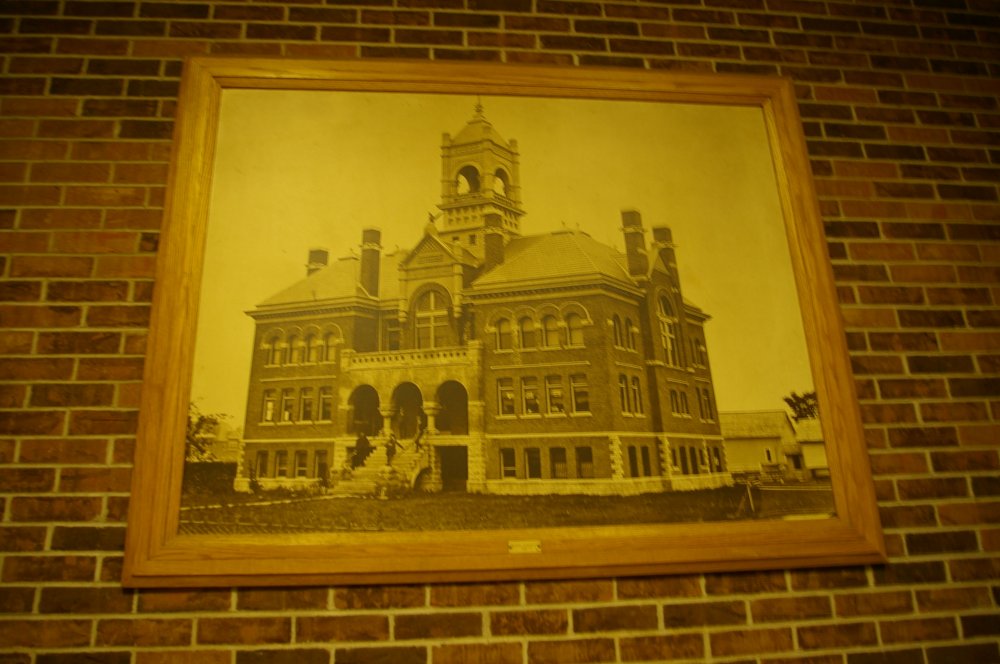