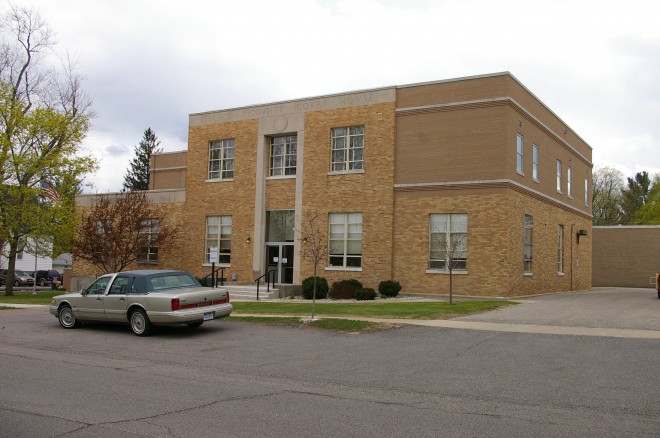 Osceola County is named for Chief Osceola, who was a Seminole Indian Chief.

Description:  The building faces north and is a two story buff colored brick, glass and concrete structure. The building faces north and was completed in 1939. The north front has concrete trim around the entrance extending up to the top of the second story. The building has an addition added on the west and south sides. This was a Work Projects Administration project. In 1960 an addition was built on the west side and in 1968, an addition was built on the east side. Renovations were made in 2009. The Courthouse Annex is located on the northwest corner of West Upton Street and Sears Street.

Note:  The first courthouse was built in Hersey in 1870. In 1927, the court was housed in a residence in Reed City. In 1938, the City Hall was converted into the present courthouse. 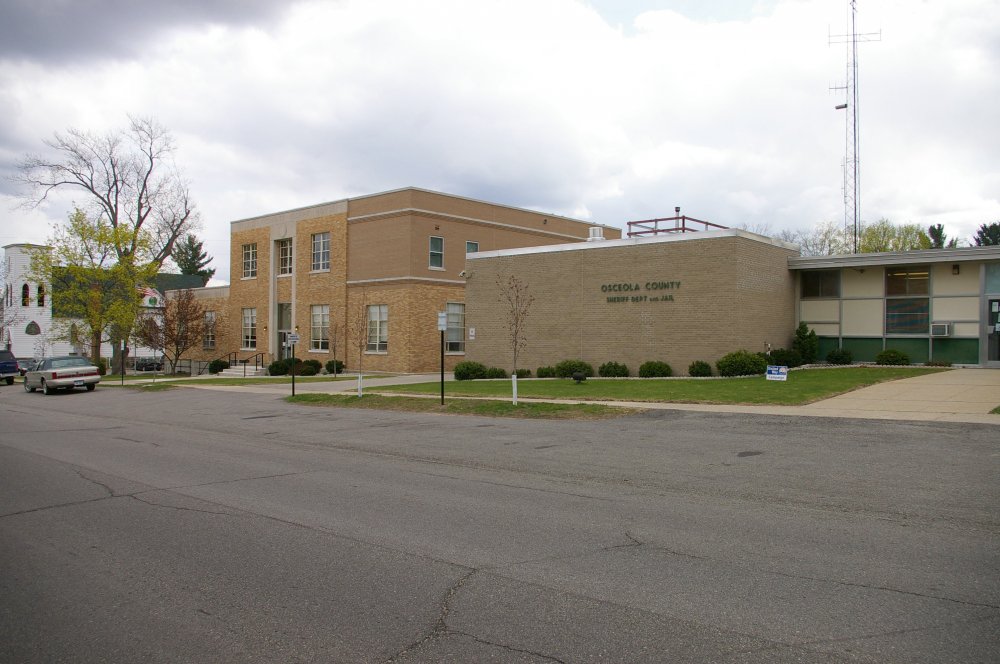 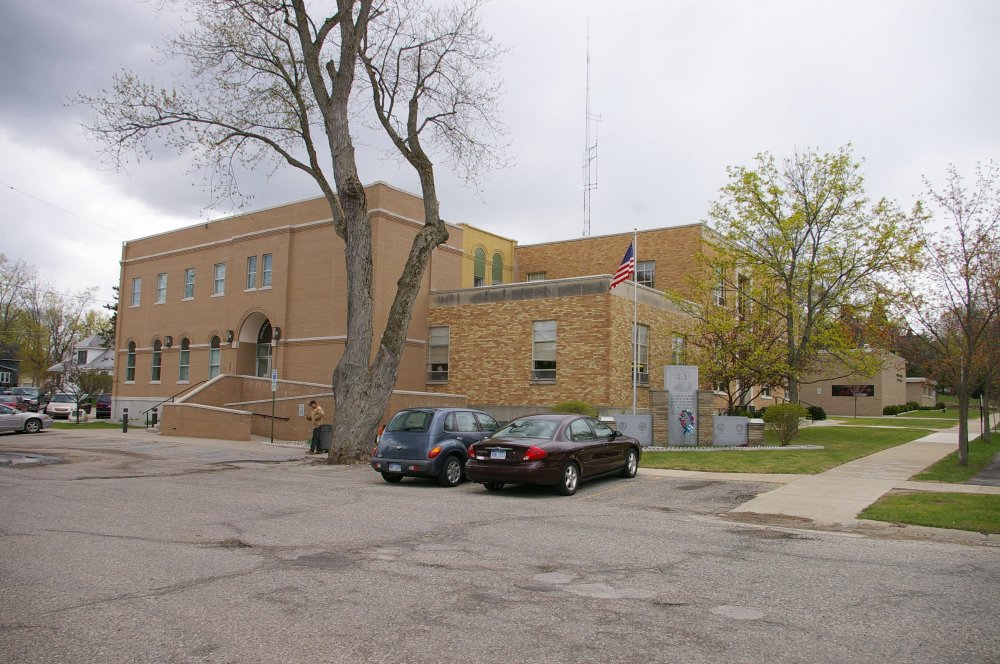 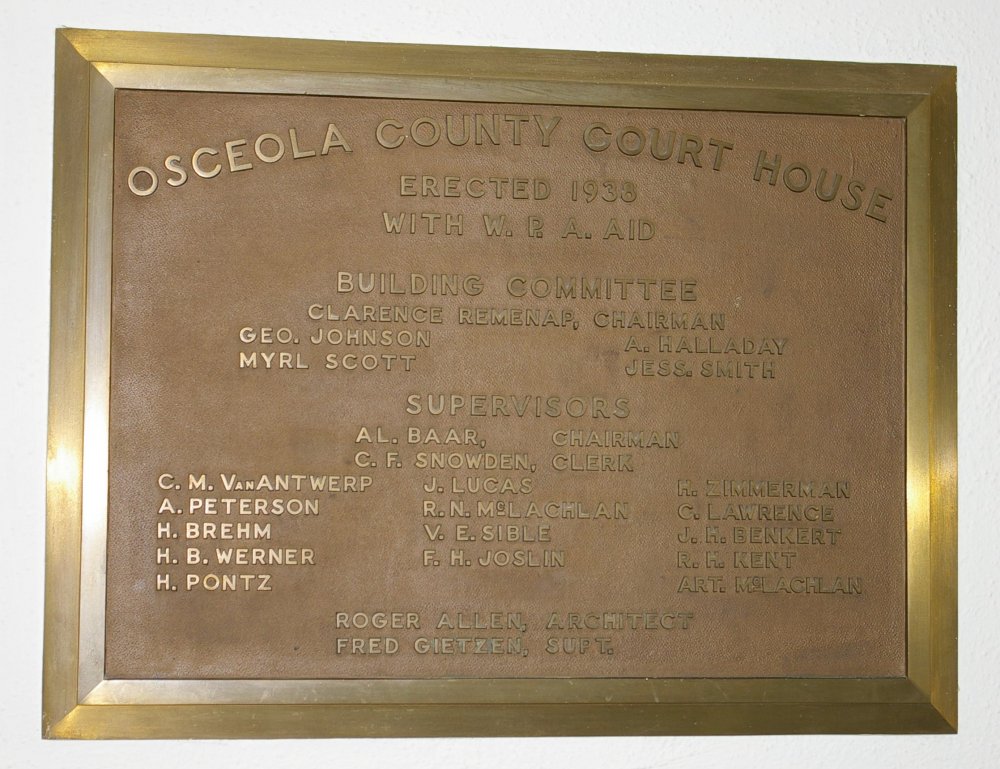 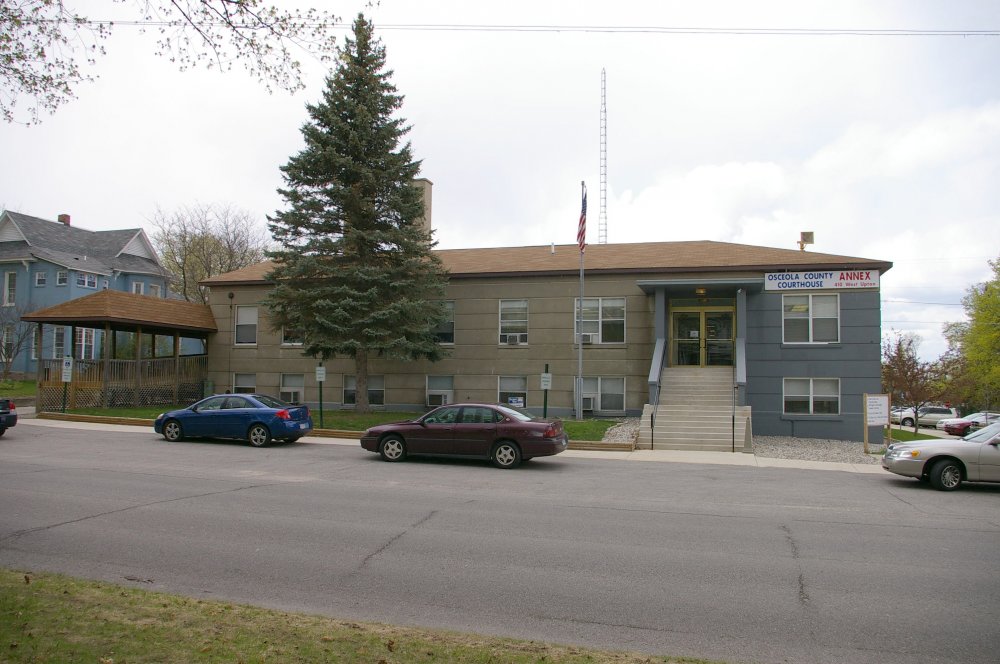