Oakland County is named for the many oak trees in the area. Description:  The building faces west and is a three story concrete and glass structure. The west front has a central recessed entrance.  The second and third stories extend over the plaza area on the west and on the north and south sides. The windows are horizontal and roof line is flat. The building is named as the William J Waterman Hall of Justice. 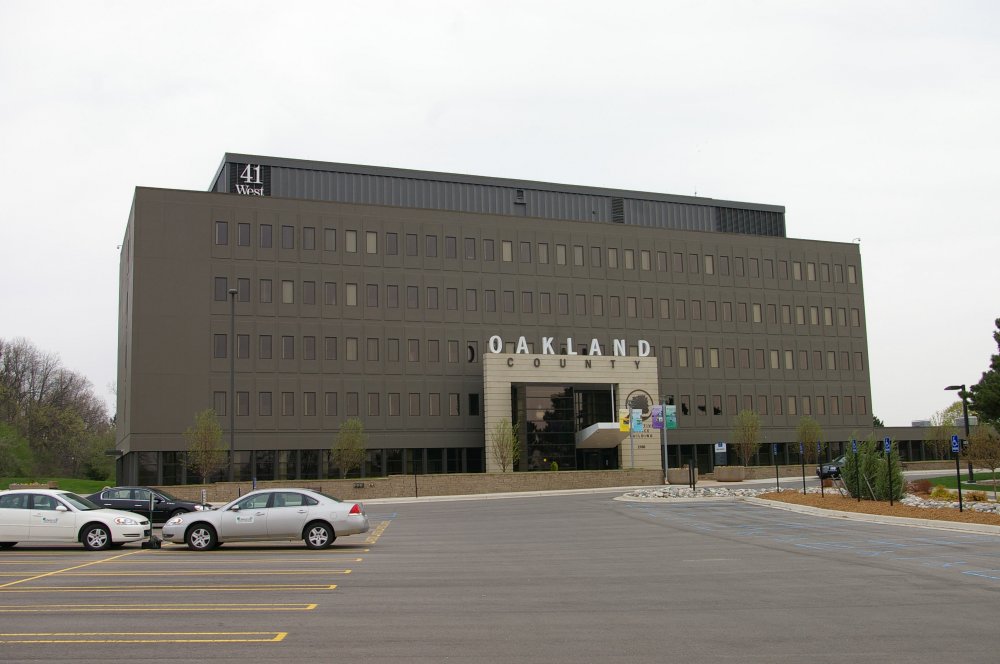 Description:  The building faces south and is a six story dark brown colored concrete and glass structure. The south front has a large concrete framed entrance. The sixth story is recessed. The roof line is flat. The building is named as the Executive Office Building. 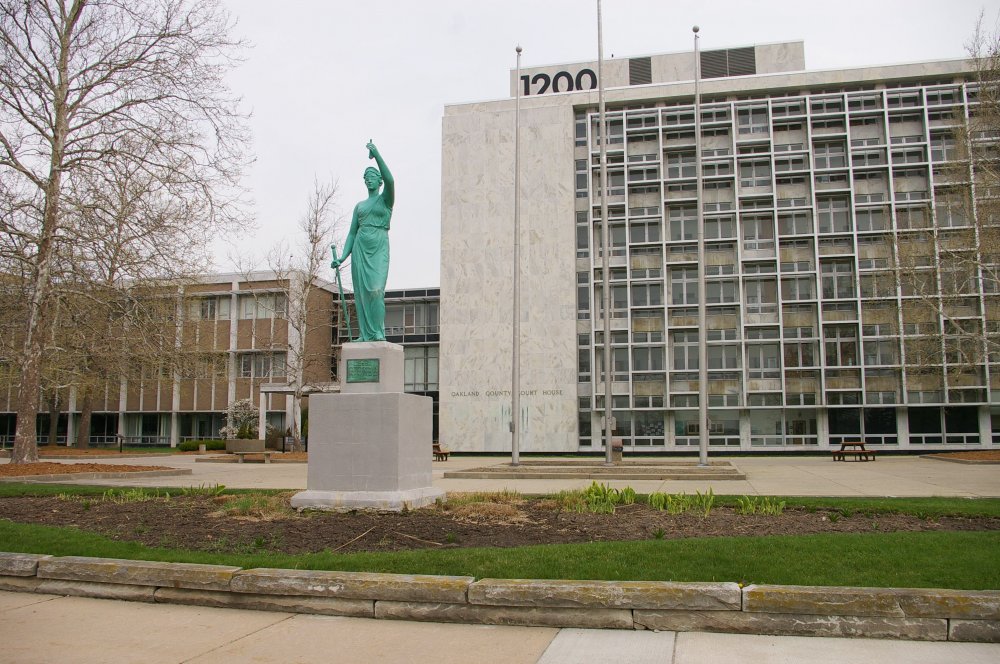 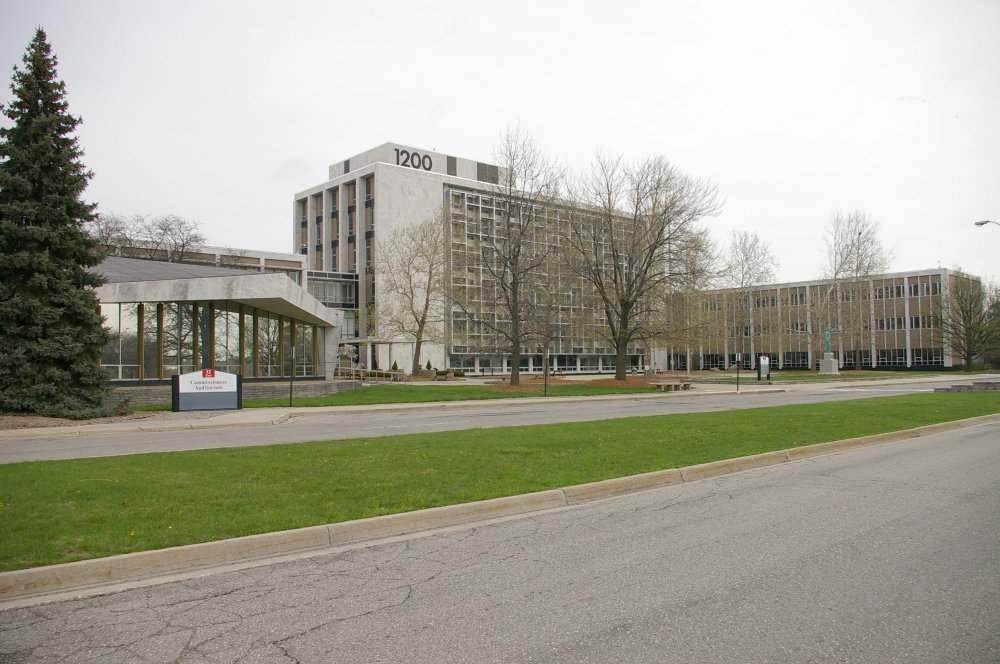 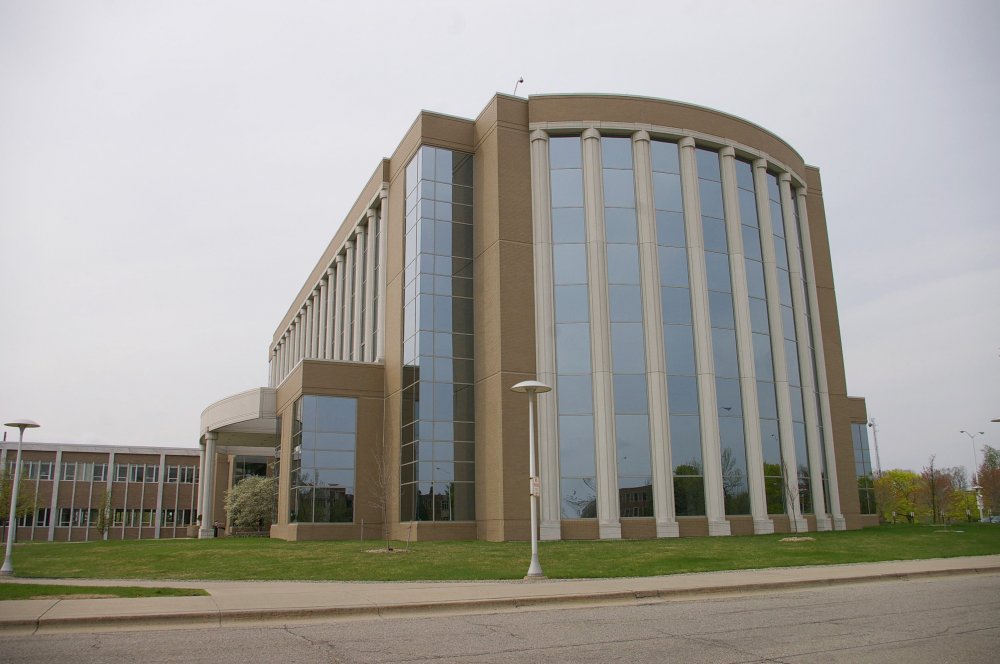 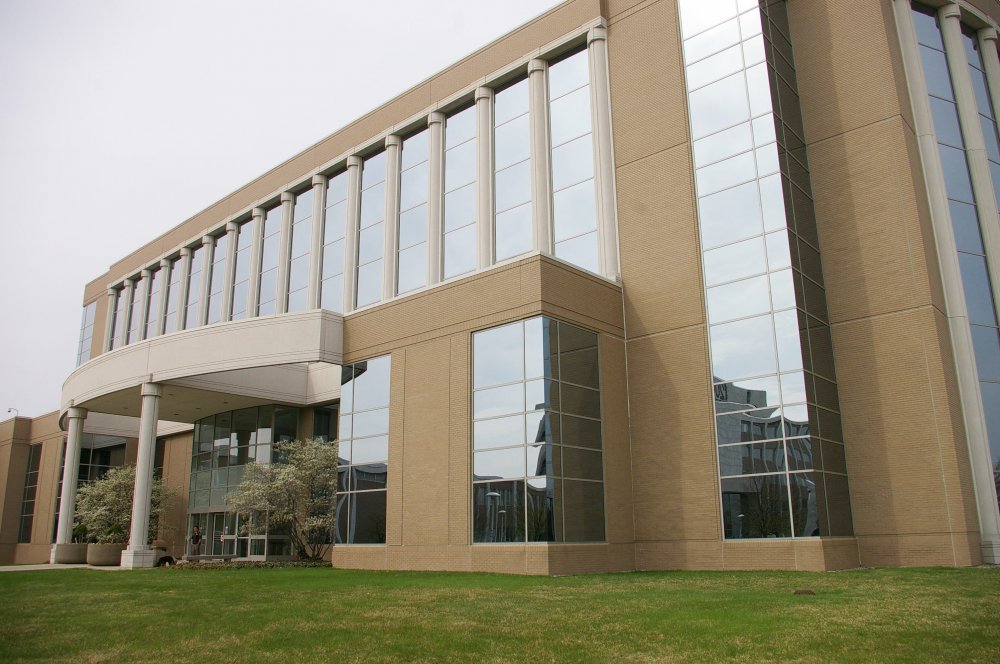 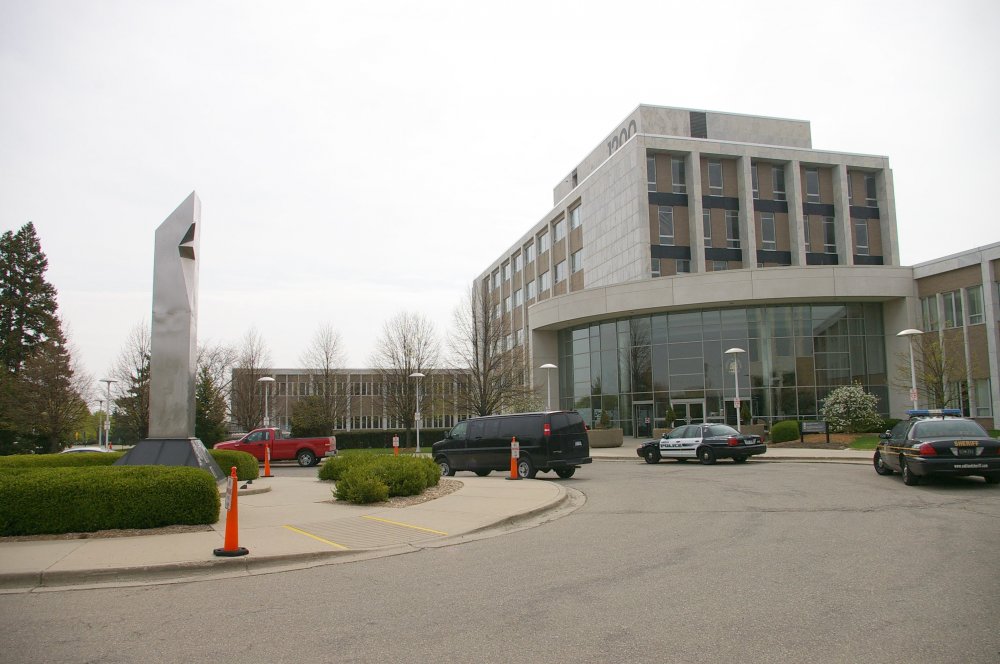