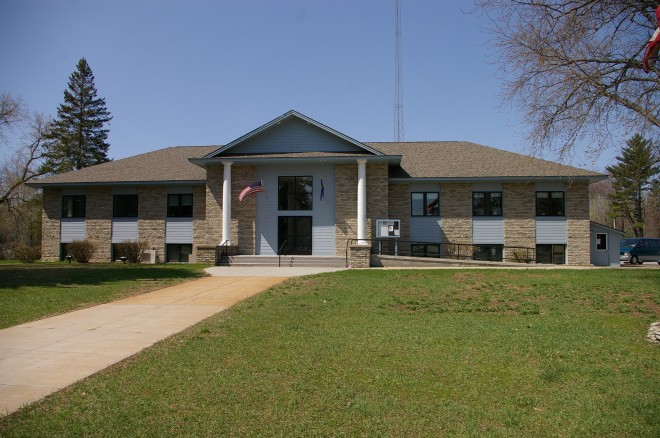 Montmorency County is named for Duke of Morenci, who aided the colonies during the American Revolutionary War and his name was misspelled.

Description:  The building faces east and is a one story stone, concrete and glass structure. The building has a projecting center portico supported by two columns. Gray colored panels are between the upper and lower windows. Light rough stone facing runs between the windows. In 2007, the building was attached to the Judicial Annex constructed in 2000. The architect was Todd Seidell and the contractor was Integrity Construction of Gaylord. 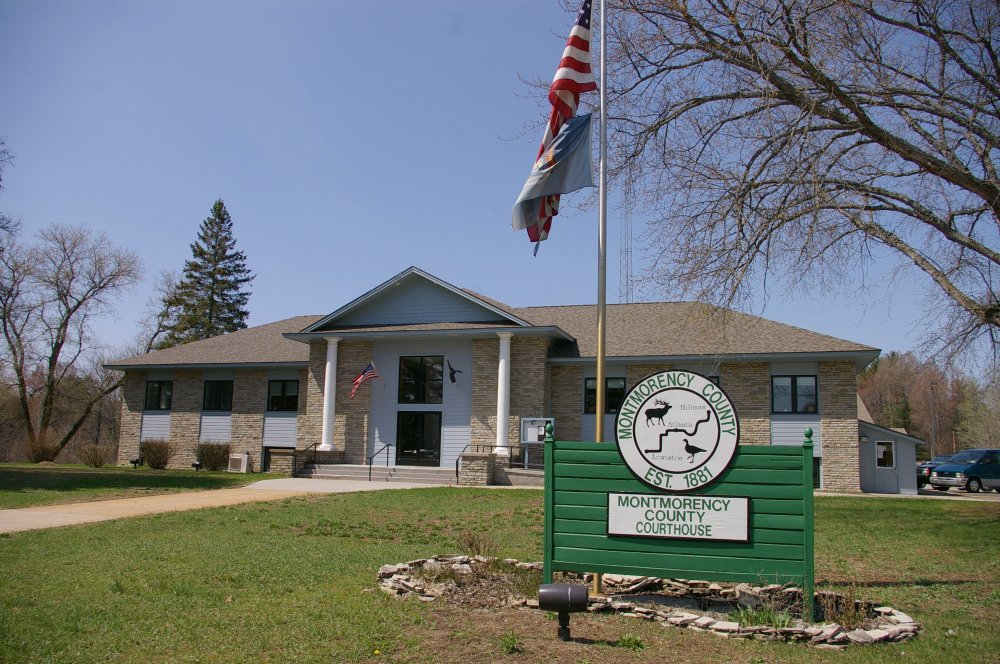 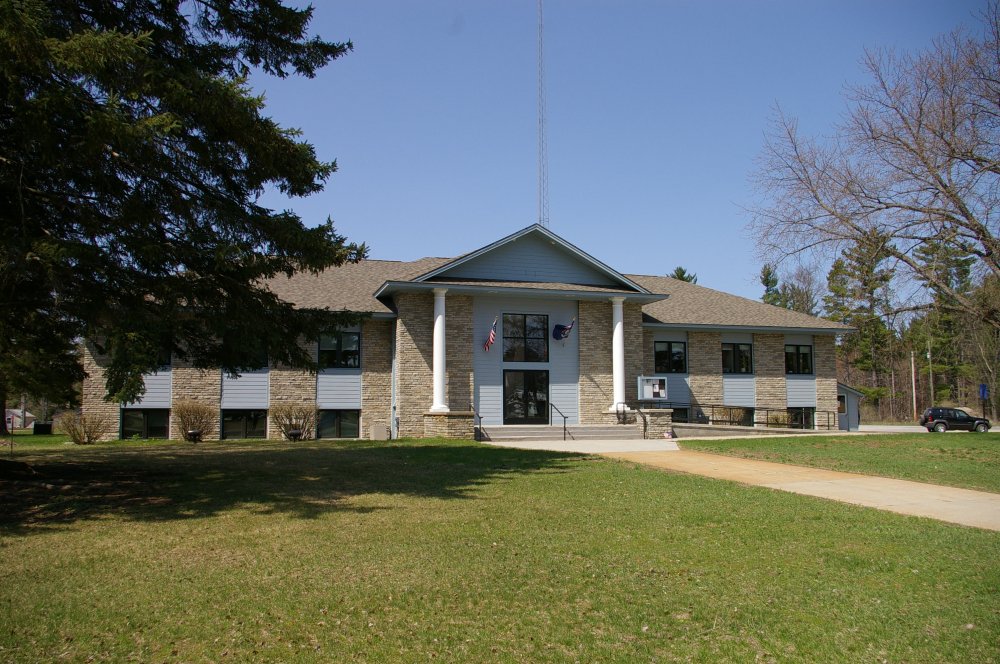 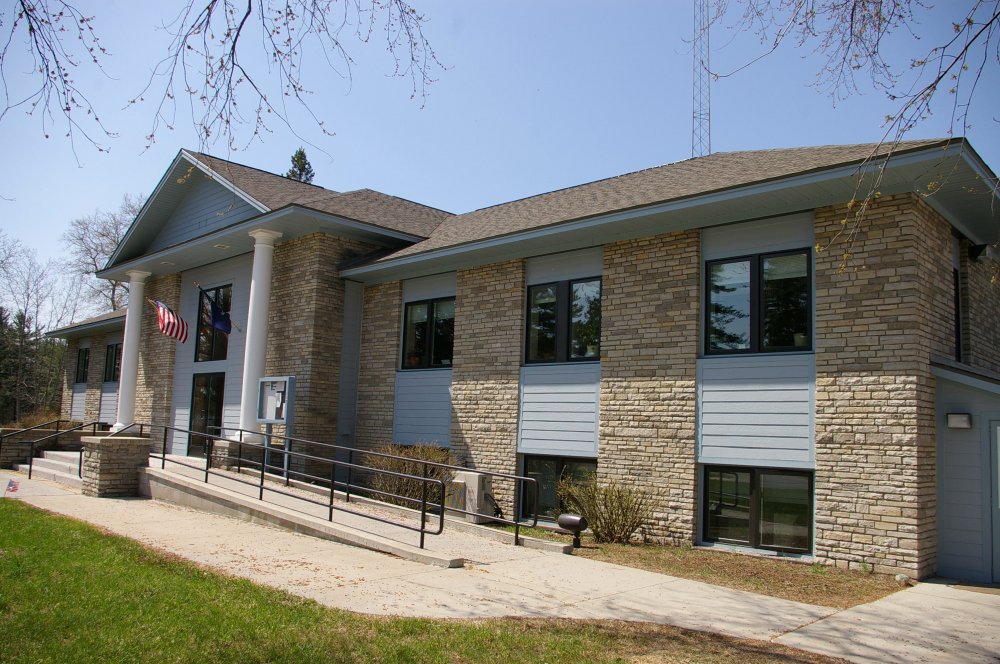