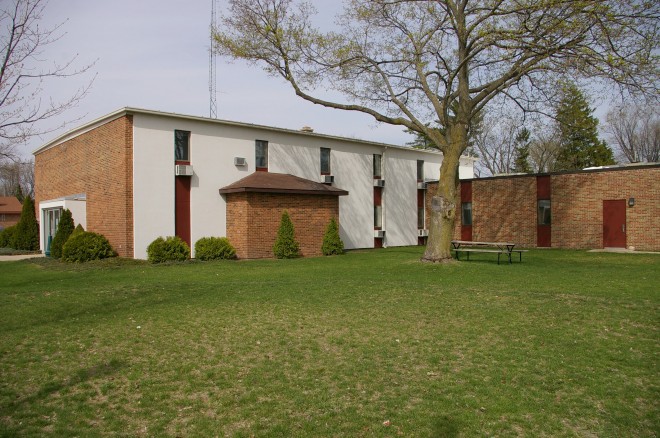 Missaukee County is named for Missaukee, who was a prominent Indian chief also known as “Nesaukee” and which name means “at the mouth of big waters”.

Description:  The building faces west and is a two story buff colored brick stone and concrete structure. The west entrance has a projecting white concrete portico. The north and south walls of the building are white colored stucco. The roof line is flat. A one story wing on the east side extends south with red colored panels around the windows.  In 1959 a jail was constructed and attacked to the courthouse. The architect was St. Clare Padree and the contractor was Peter Schierbeek of Lake City. An addition was added in 1981. The architect was Jaye Miller of Traverse City and the contractor was Gust Construction Company of Cedar Springs. An addition was added on the east and north in 2002. the architect was Harrison / Landmarck of Grand Rapids and the contractor was Steve Jones Construction of Big Rapids.

Note:  The previous courthouse was designed by George Nelson and constructed by John G Mosser. The building burned in 1944. 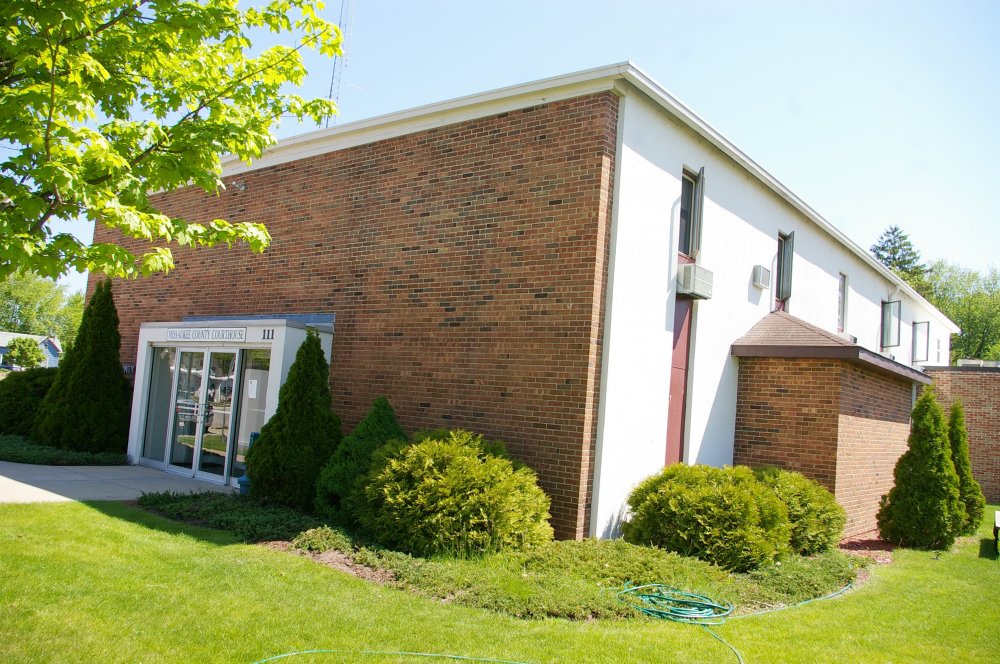 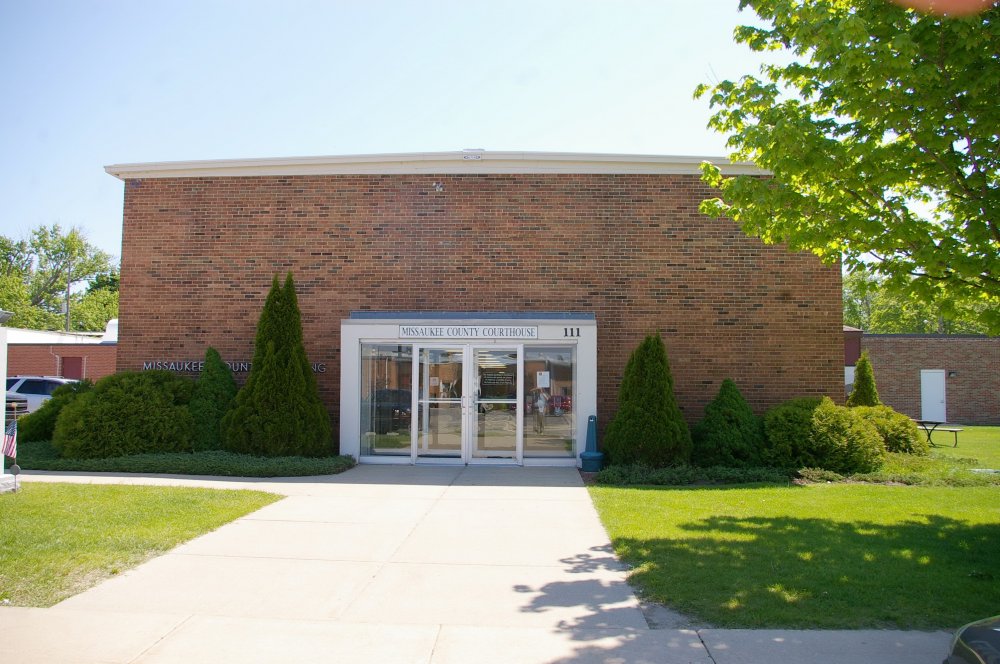 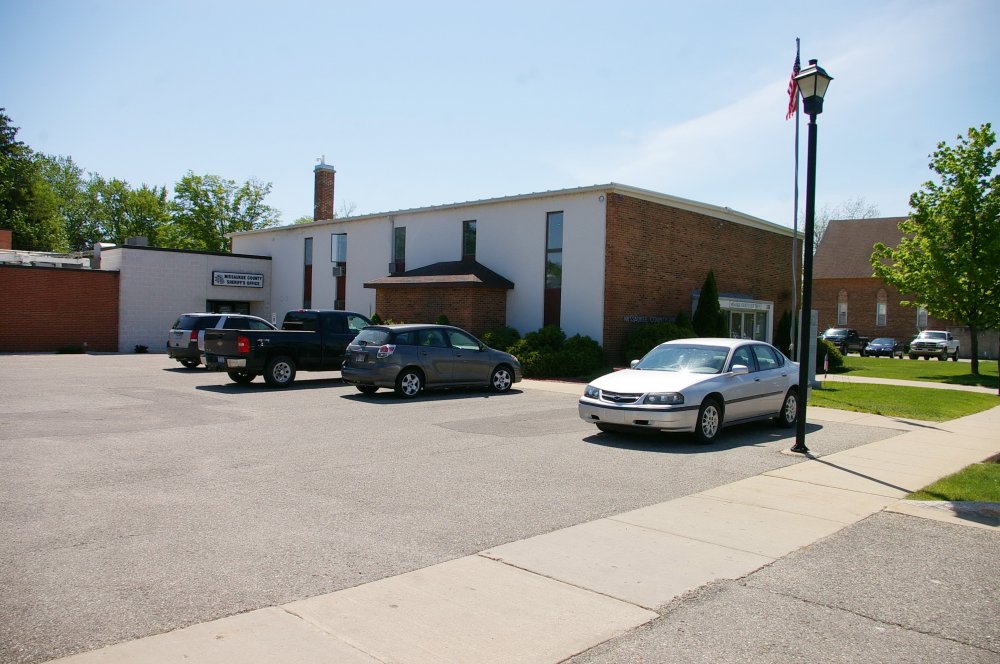 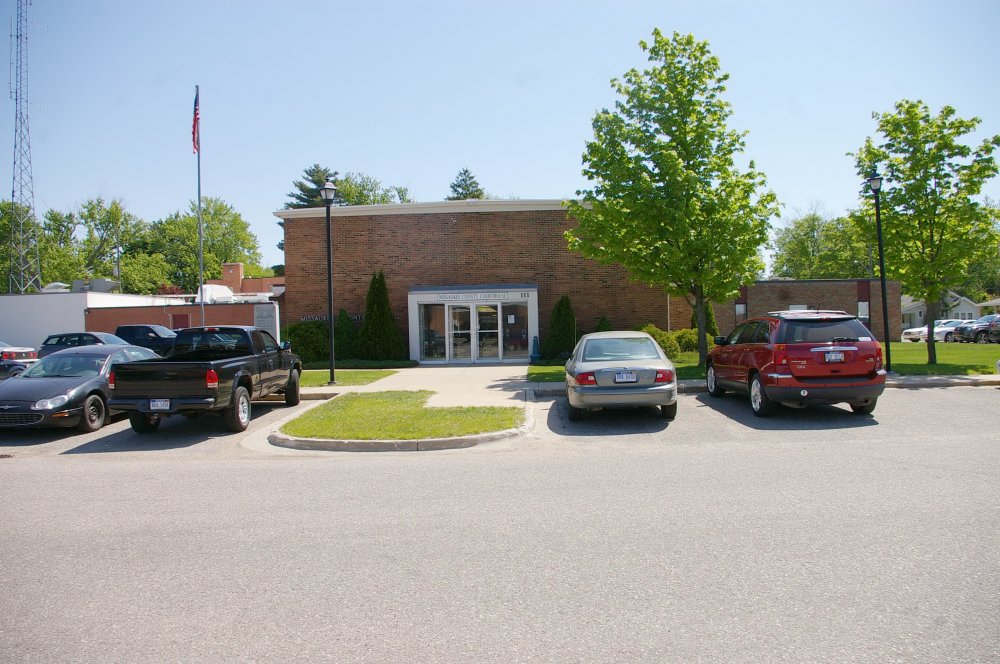 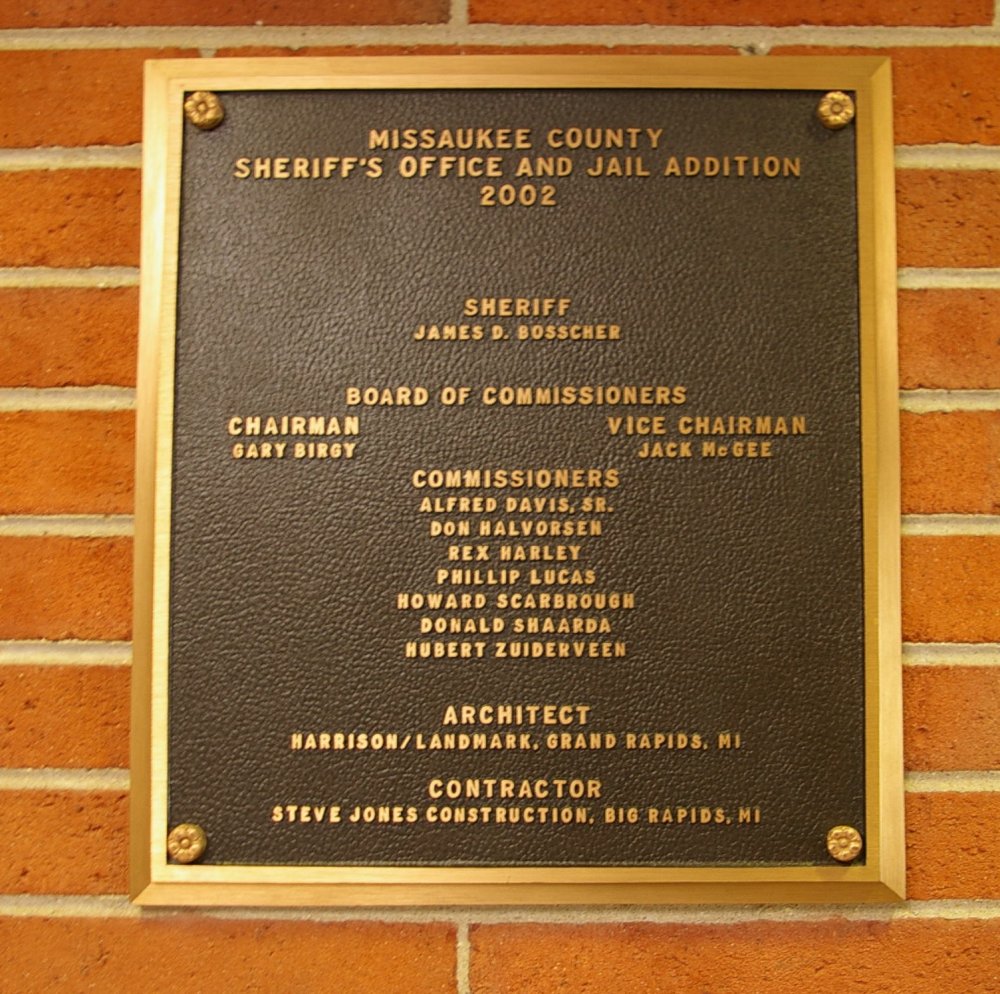