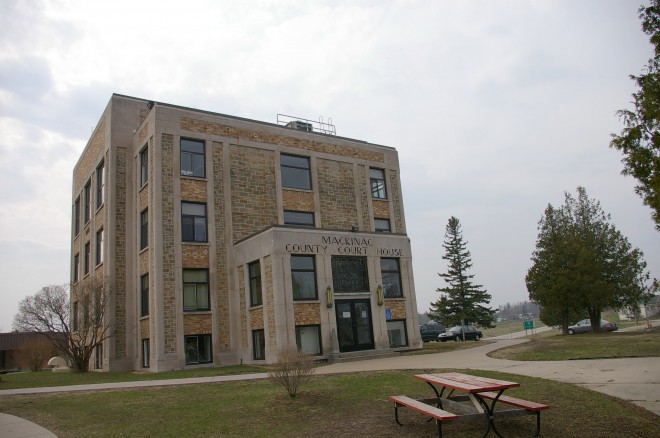 Mackinac County is named for the French term “Michillimackinac” which refers to the straits area as well as the French settlement at the tip of the lower peninsula and the Indian names “michinimackinog” means “place of Giant Fairies” or “Giant Turtles place”.

Description:  The building faces east and is a three story red-brown colored brick and stone rectangular structure. The building is located on landscaped grounds in the center of St Ignace. The building has stone framing around the entrance and surrounding windows. Smaller stone vertical bands frame the other windows. The roof line is flat. The courtroom on the third story is Art Deco style. The building was constructed as a Works Progress Administration project. On the south side of the courthouse is the one story brick County Administration Building constructed in 1997 to 1998.

Description:  The building faces southeast and is a two story white colored wood frame structure. The building is located on Mackinaw Island on landscaped grounds in the center of Mackinac Island Town. The southeast front of the rectangular shaped building has a central entrance on the first story. On the sloped roof is a large white colored octagonal cupola. The building is now the Police Station and Courthouse. 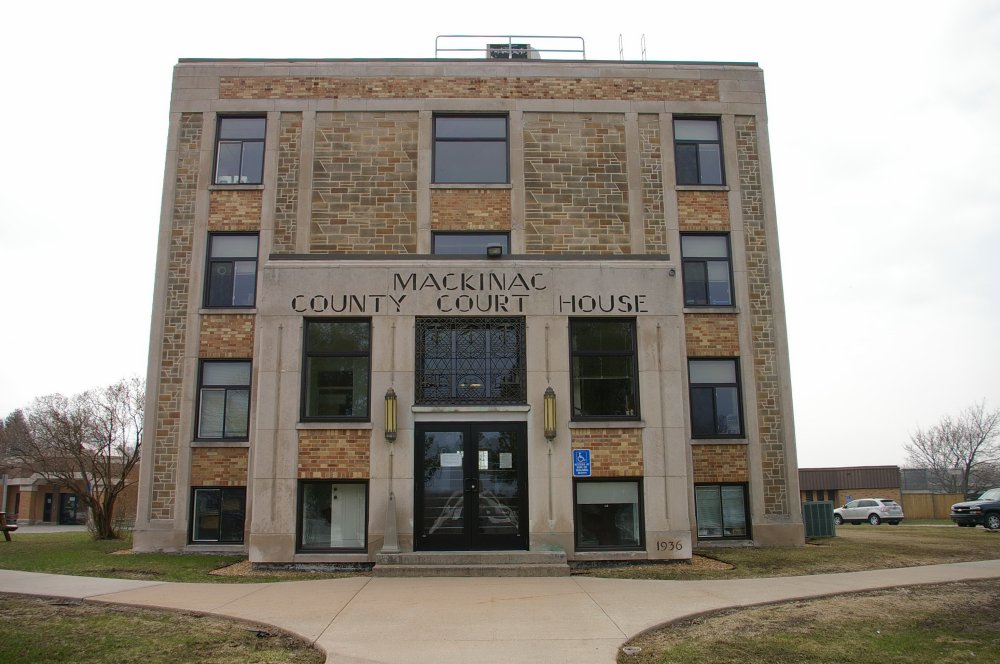 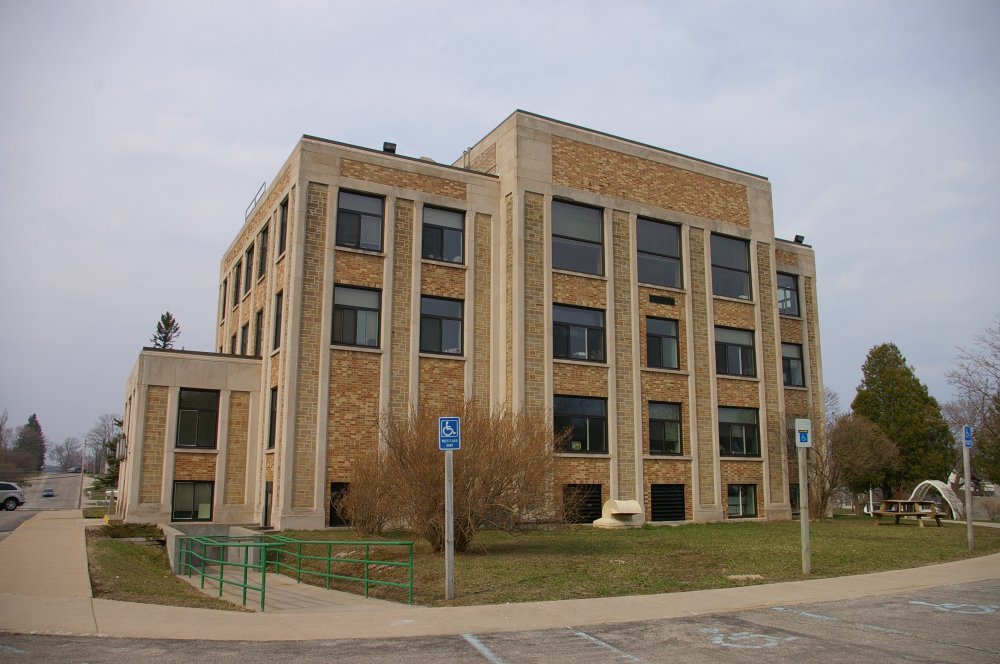 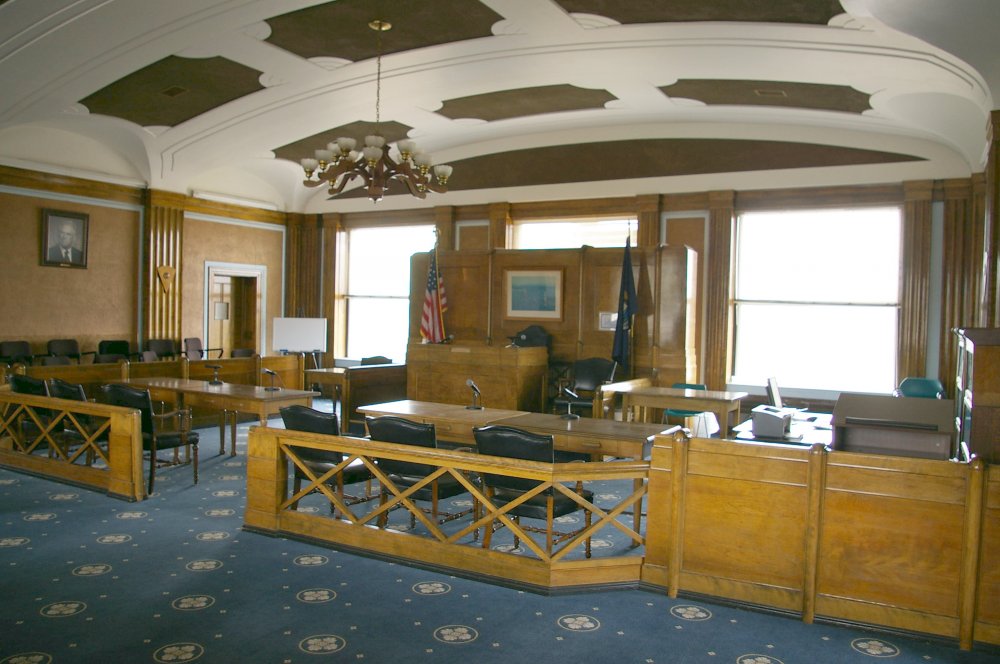 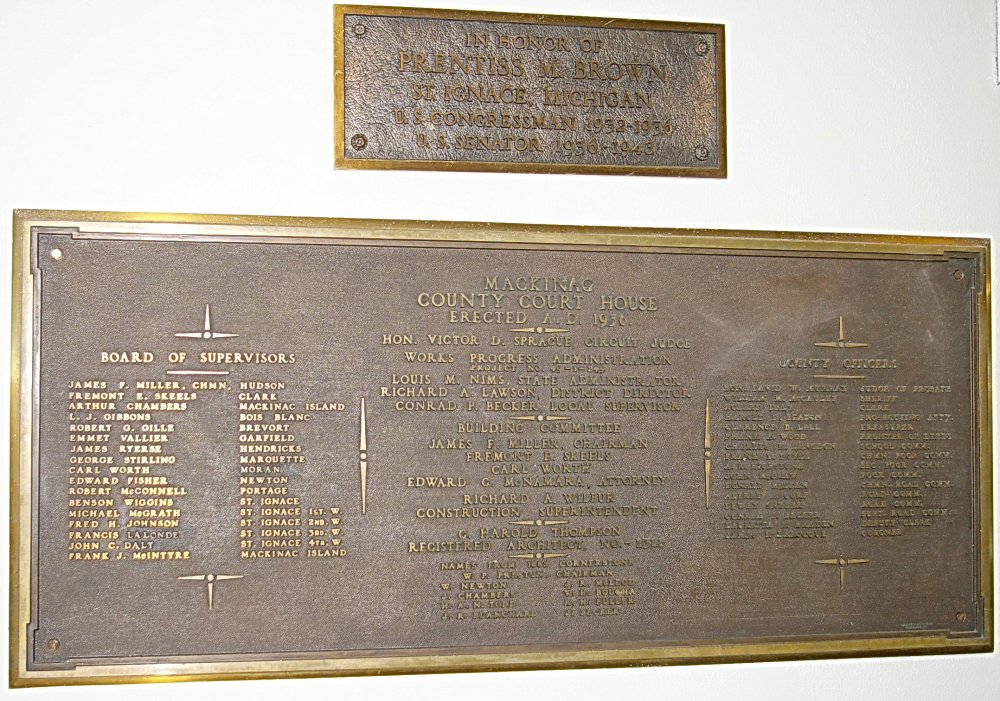 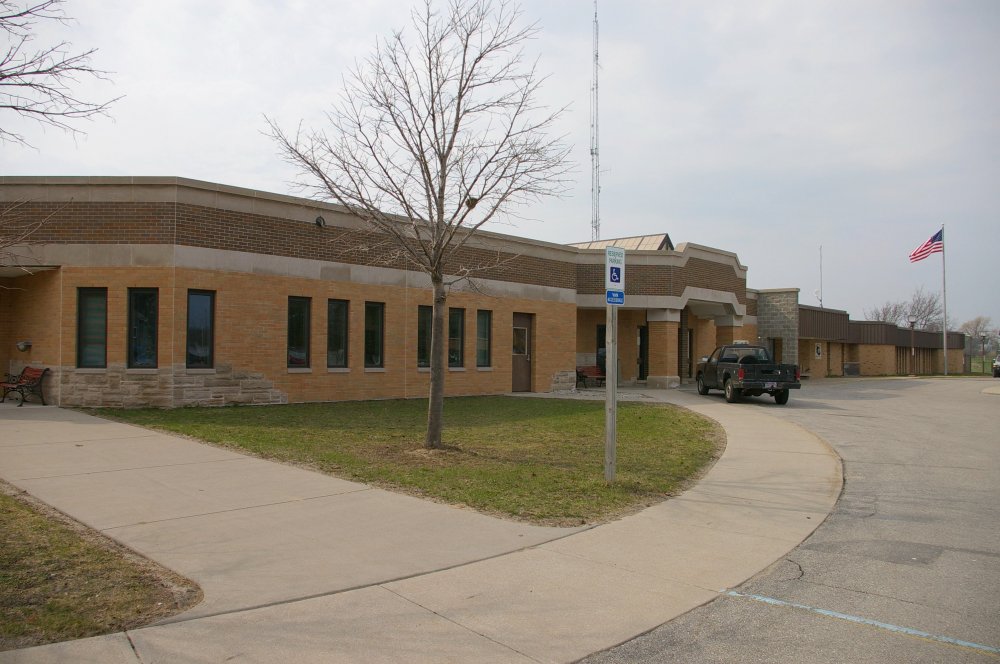