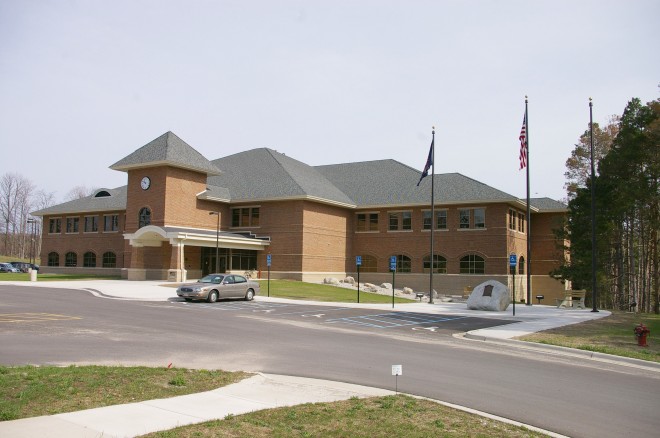 Leelanau County is named for the Native American word meaning “delight of life”.

Description:  The building faces west and is a two story buff colored brick and concrete structure. The building is located on the side of a hill. The base of the building is concrete. The west front has a long canopy extending from the entrance. A square tower with clock rises on the north side of the entrance. The first story windows are arched. 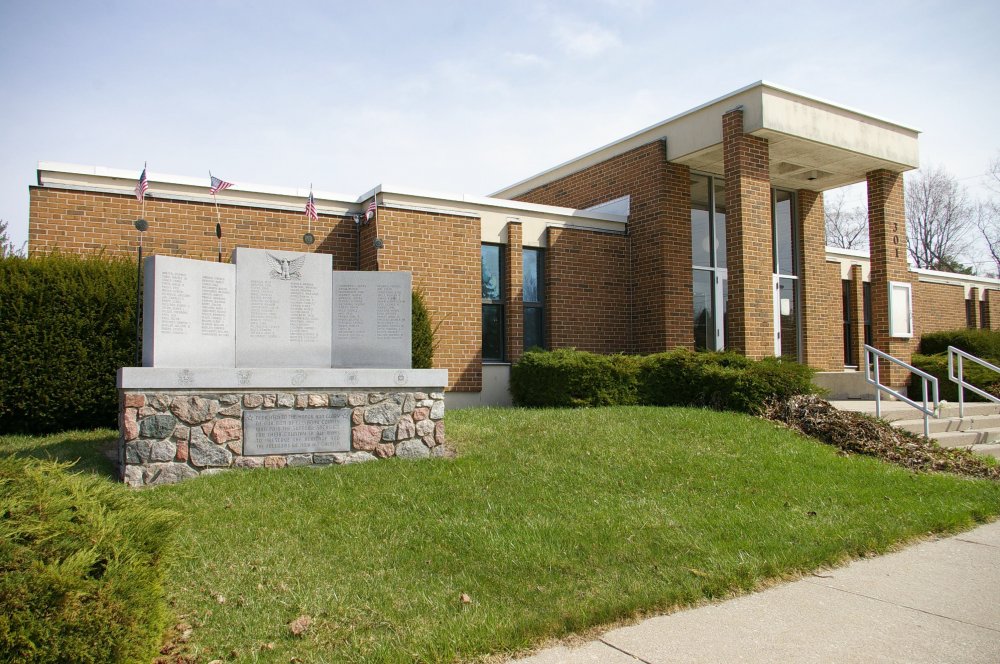 Description:  The building faces south and is a two story buff colored brick and concrete structure. On the south front is a high portico at the central entrance. The roof line is flat. The building ceased to act as a courthouse in 2008 and stands empty. Behind the building is the old red colored brick jail.

Note:  The first courthouse was built in 1883 and the wood building was replaced by the 1966 courthouse. 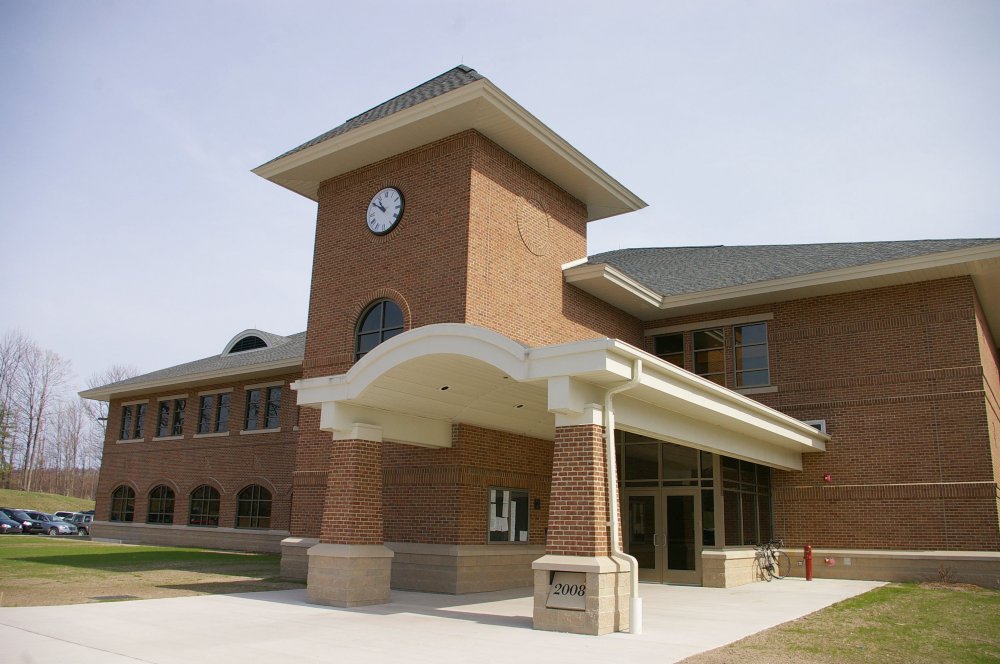 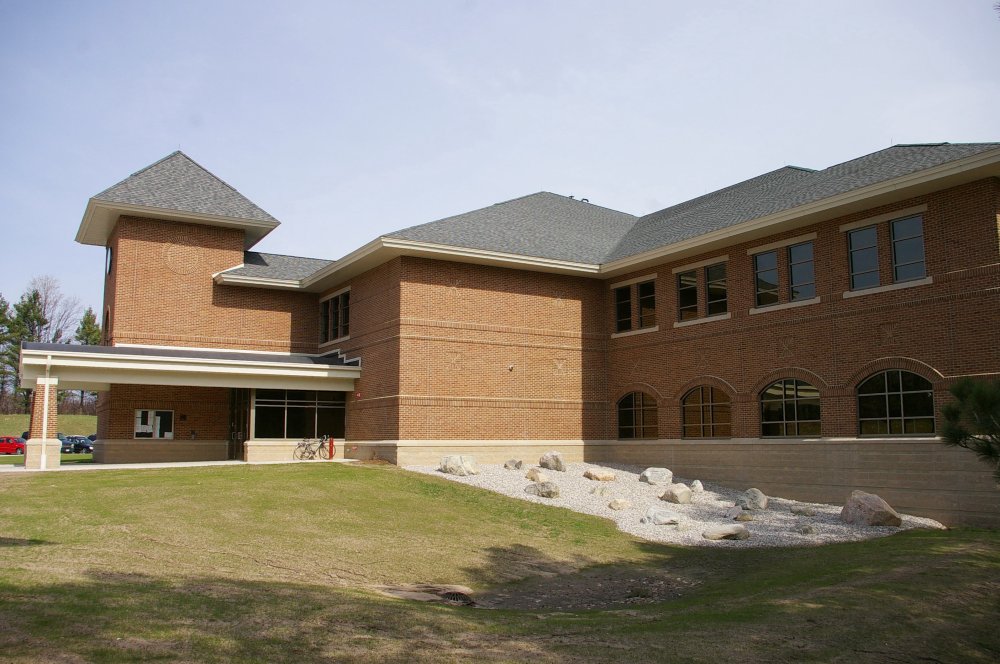 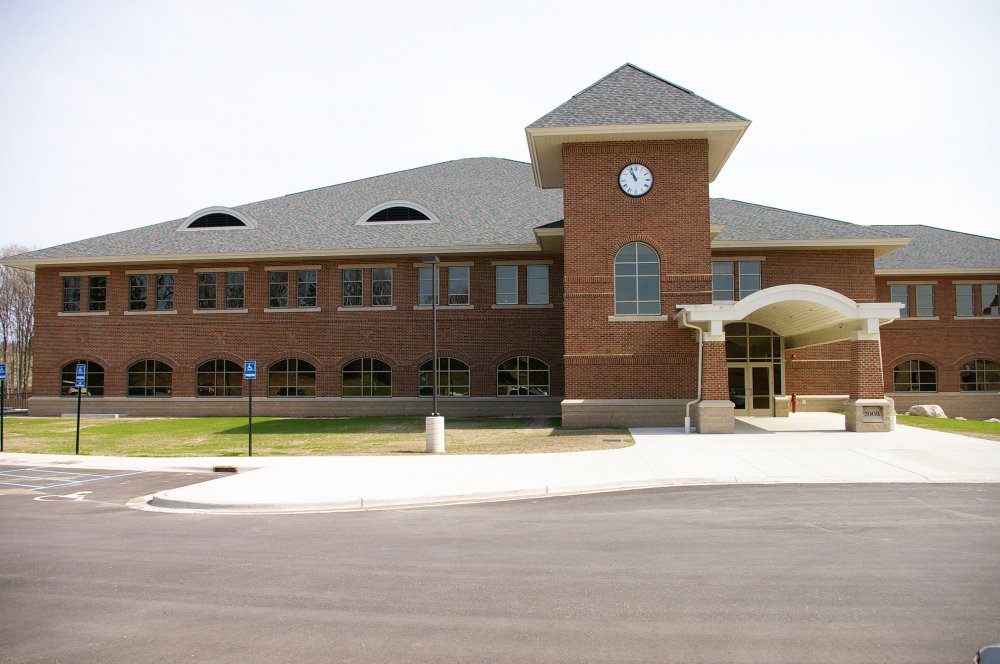 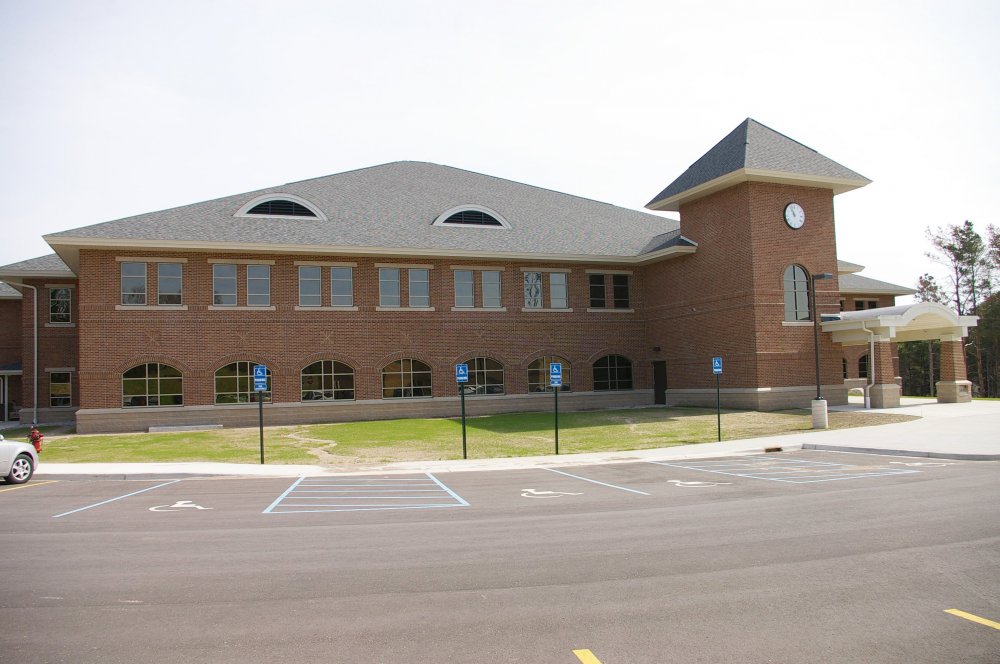 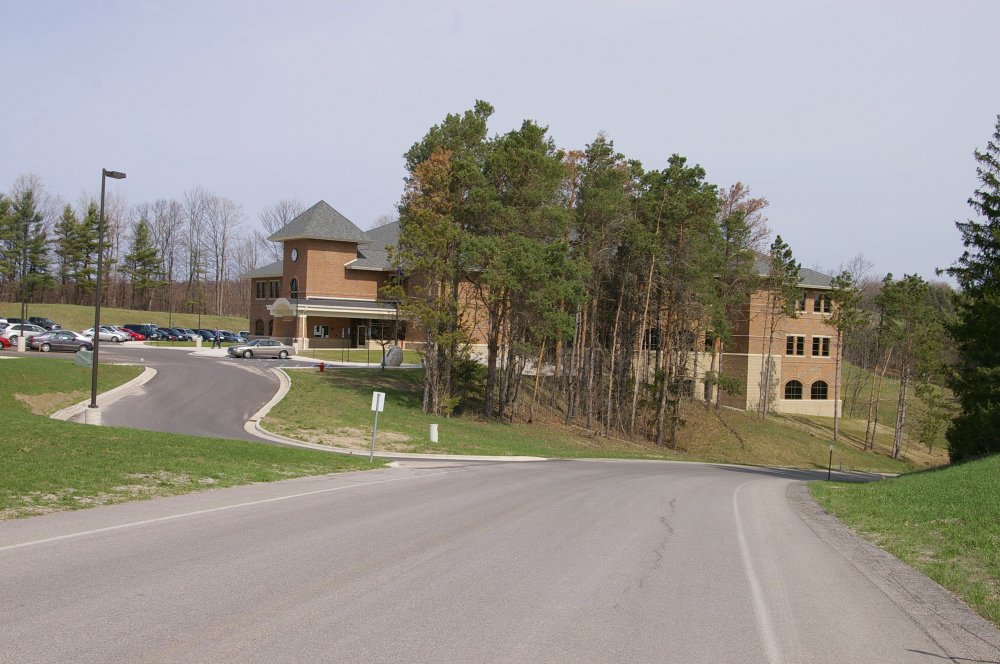 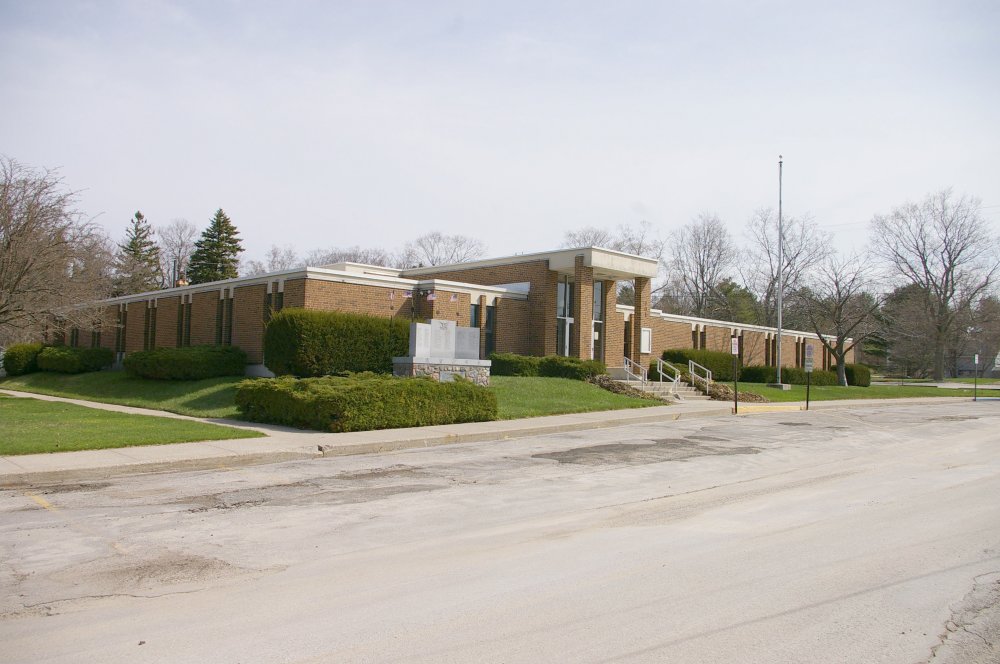 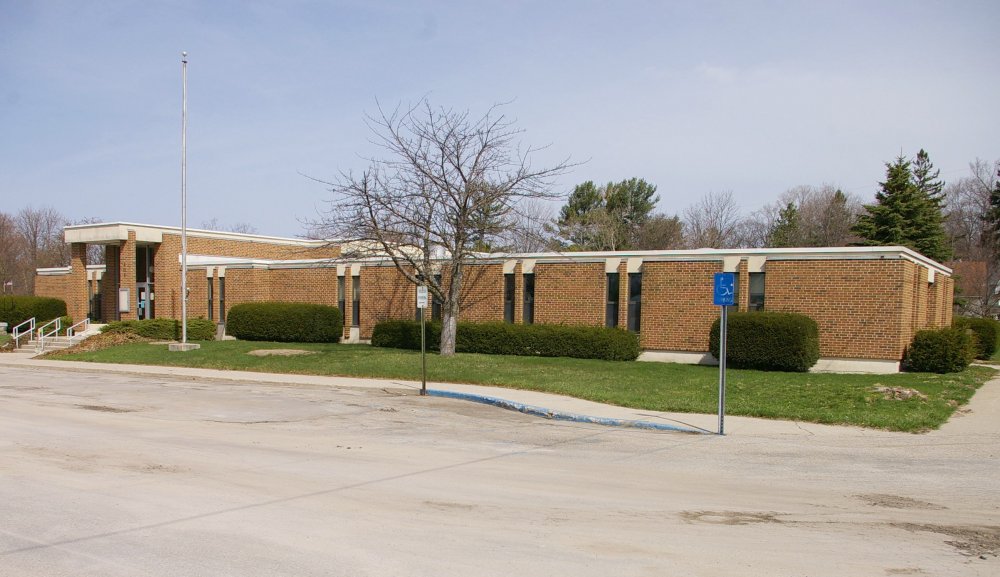 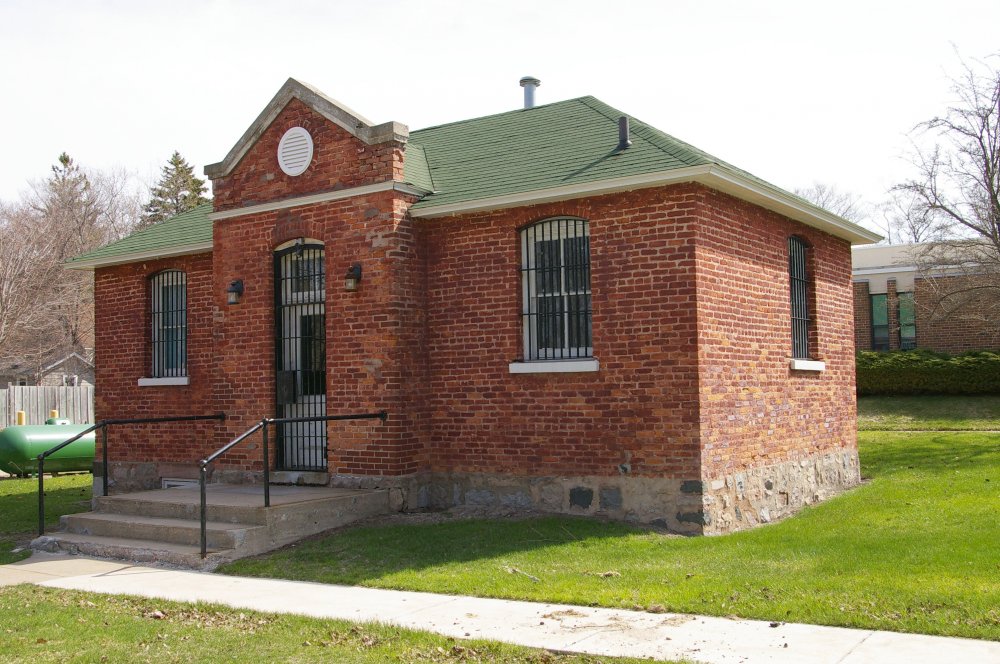