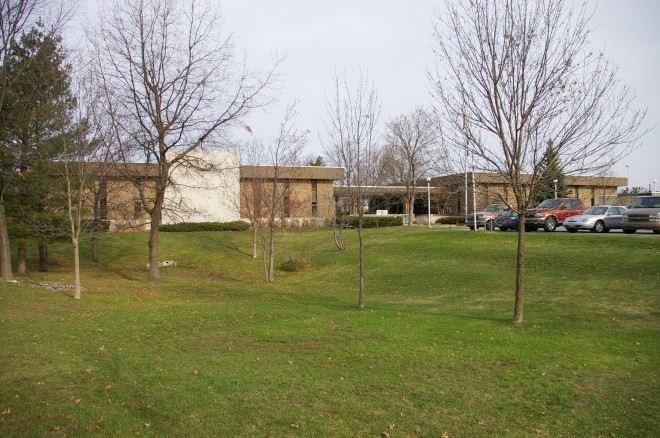 Kalkaska County is named for the Chippewa word meaning “flat or burned over country” or from the word “Calcasca” created by Henry Schoolcraft.

Description:  The building faces east and is a one story buff colored brick and concrete structure. The building is two separate units with the Courts on the north and Administration on the south. There is a covered courtyard between the buildings. The windows are vertical and narrow. The administration section has a large white colored section of wall on the east side. The roof line is flat.

Note:  The first courthouse was built in 1873 by H L Birdsall and A W Jones. The previous courthouse was designed by Julius Hess and constructed in 1883. The building was demolished and courthouse square became a seniors center in the downtown area. 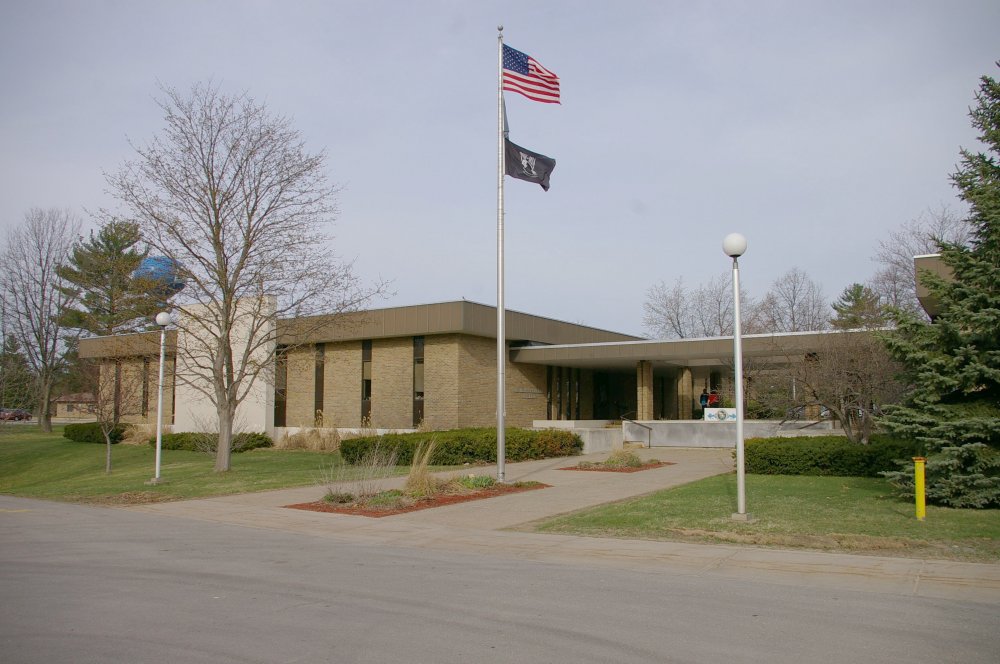 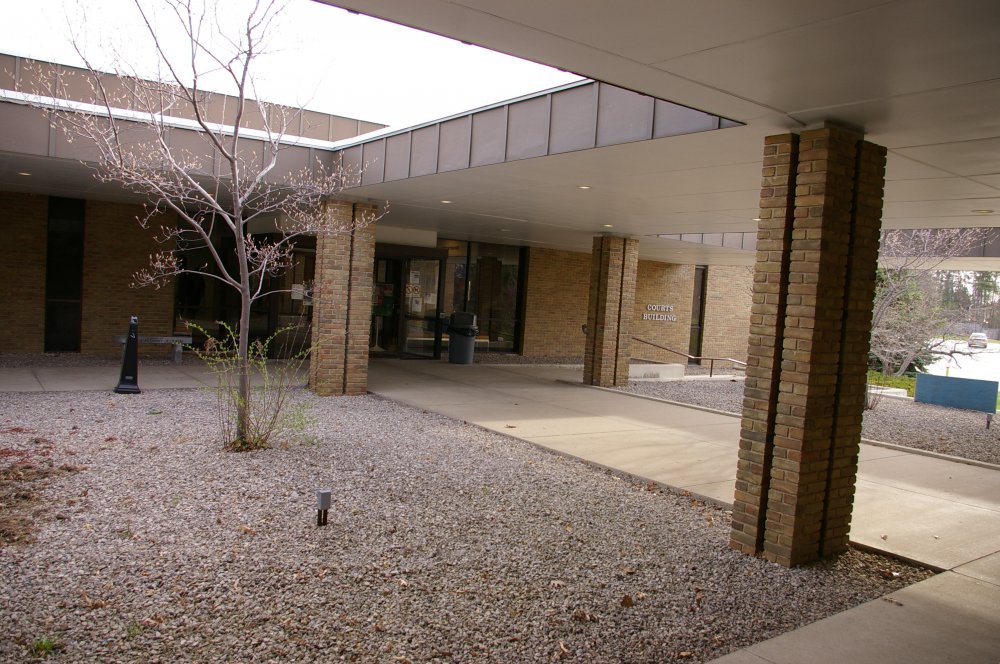 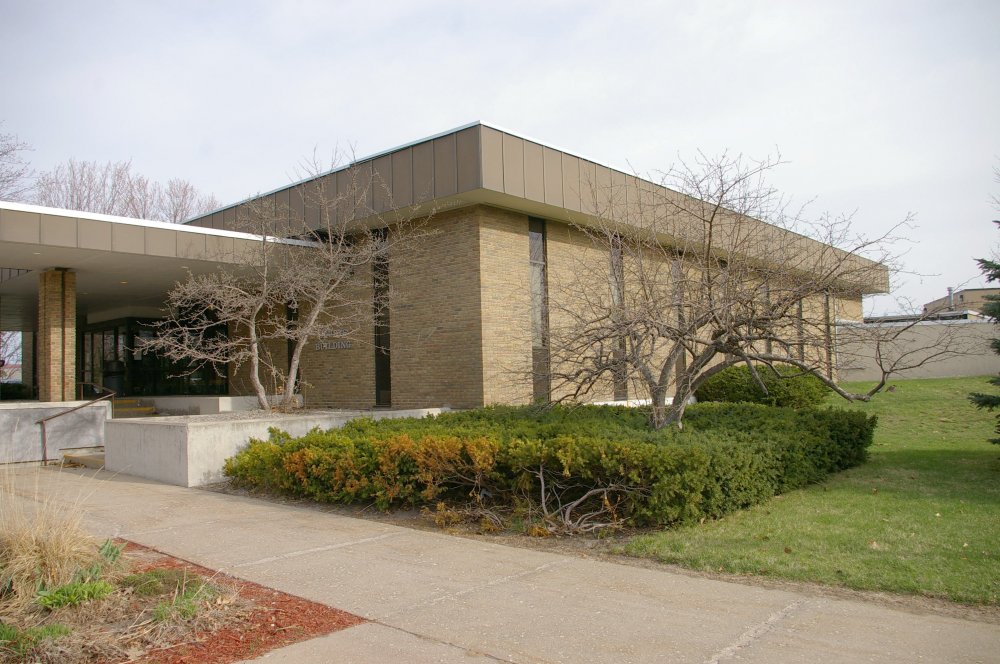 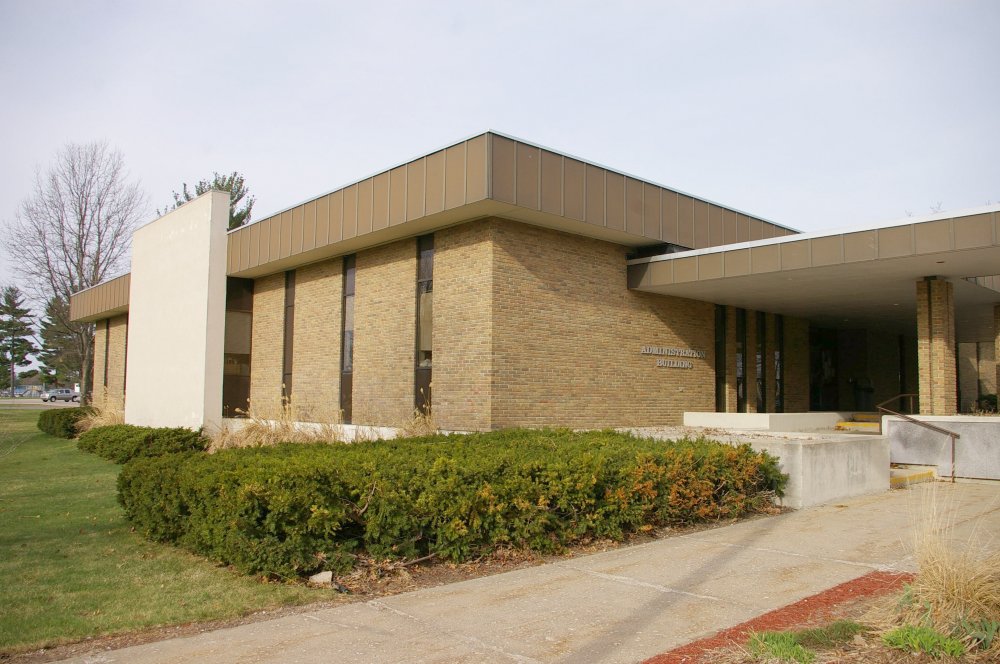 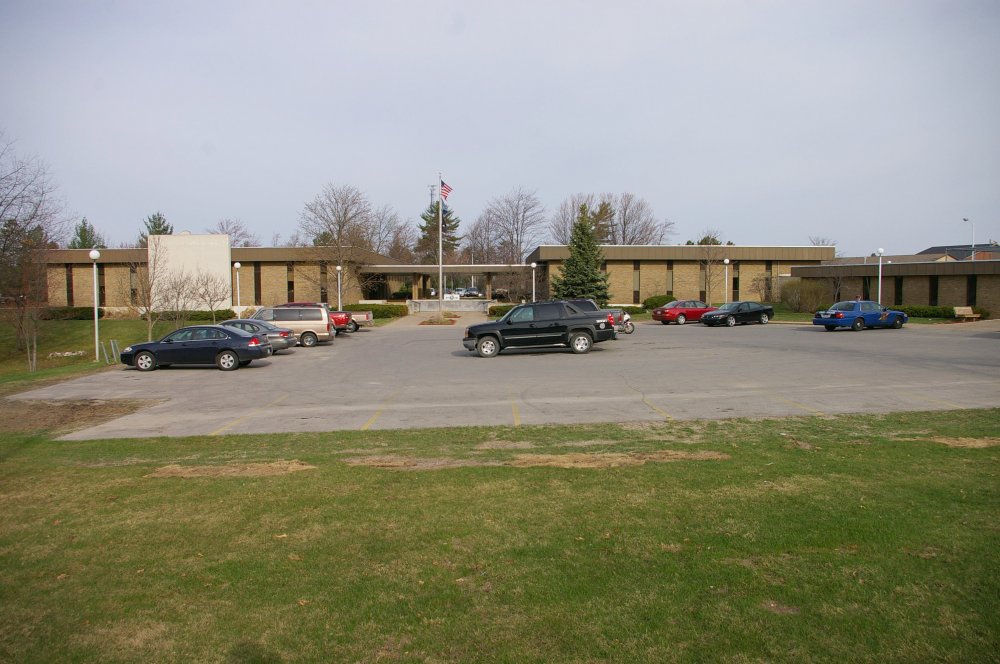 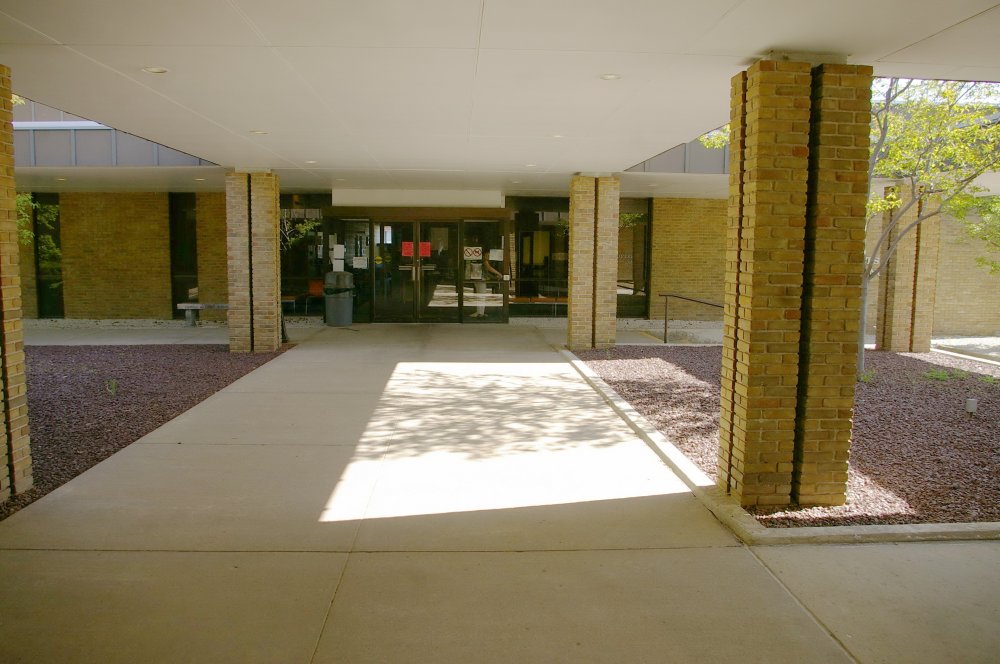 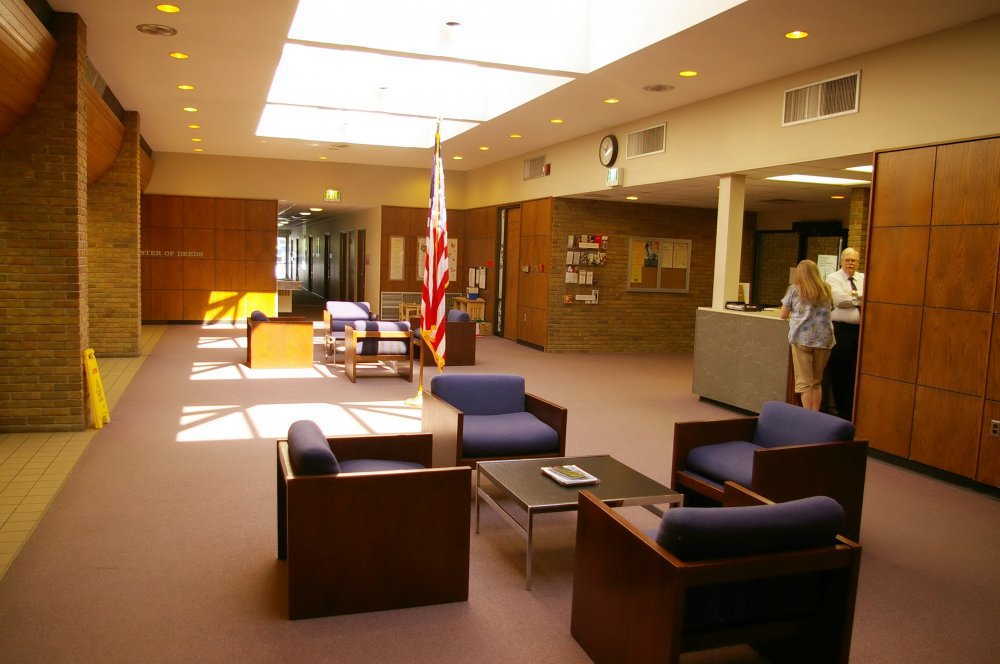 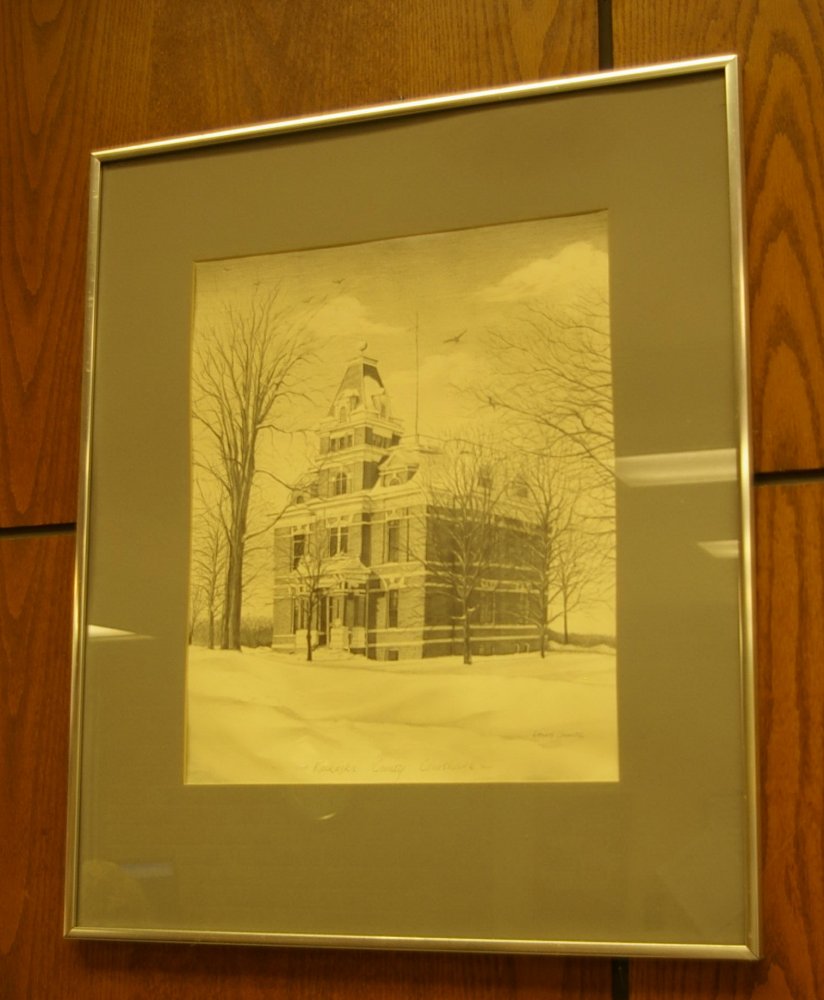 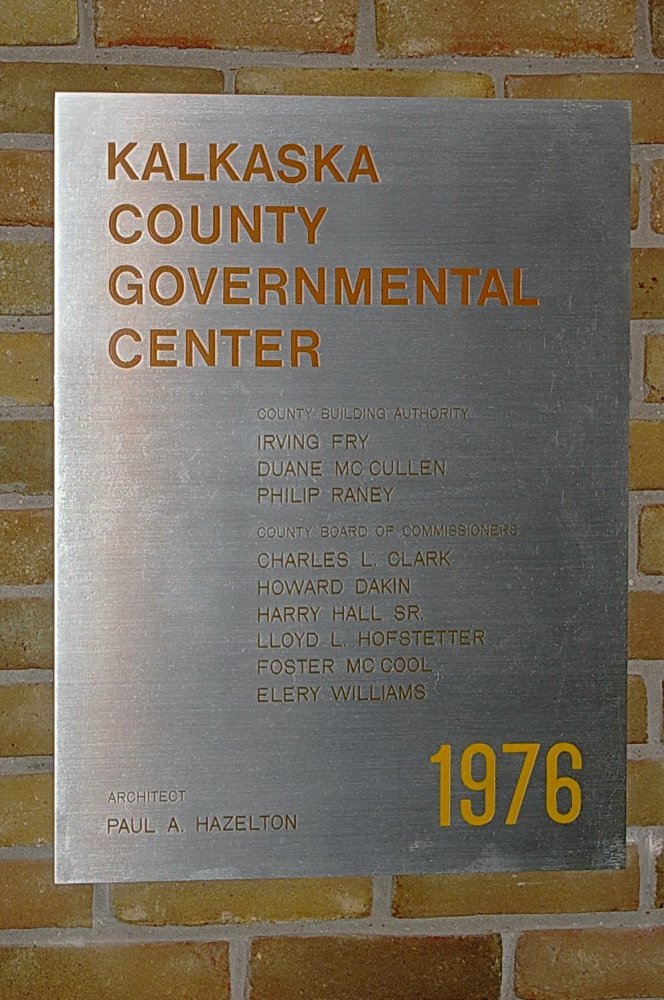