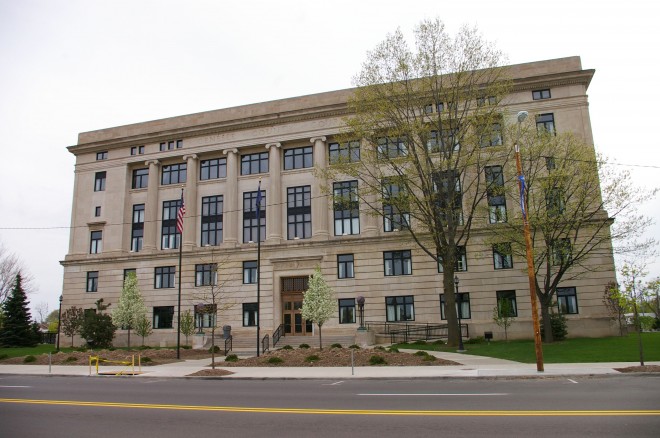 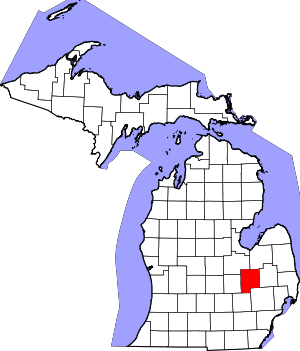 Description:  The building faces east and is a five story concrete frame faced with gray Indiana limestone structure. The building is located on landscaped grounds in the center of Flint. The first and second stories have horizontal limestone with the entrance in the center of the east side. On the third and fourth stories, there are eight stone columns dividing the windows. The roof line projects from the building. In 2001 to 2003, an addition was constructed on the west side. The building faces west and is a four story buff colored brick, concrete and stone structure. The west front has a curved front with high square pillars on the first story. The building is named as the Frank L MacAvinchey Building. The architect was CHMP, Inc. and the contractor was Sorensen Gross Construction Company Inc. 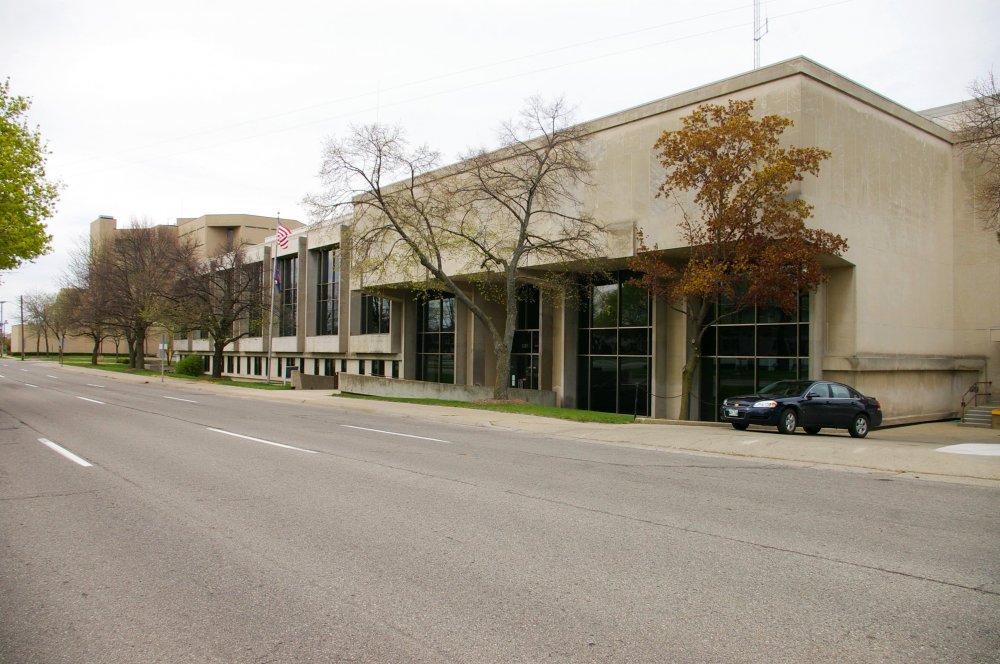 Description:  The building faces west and is a two story buff concrete and glass structure. Thee building is located on landscaped grounds in the center of Flint to the south of the courthouse. 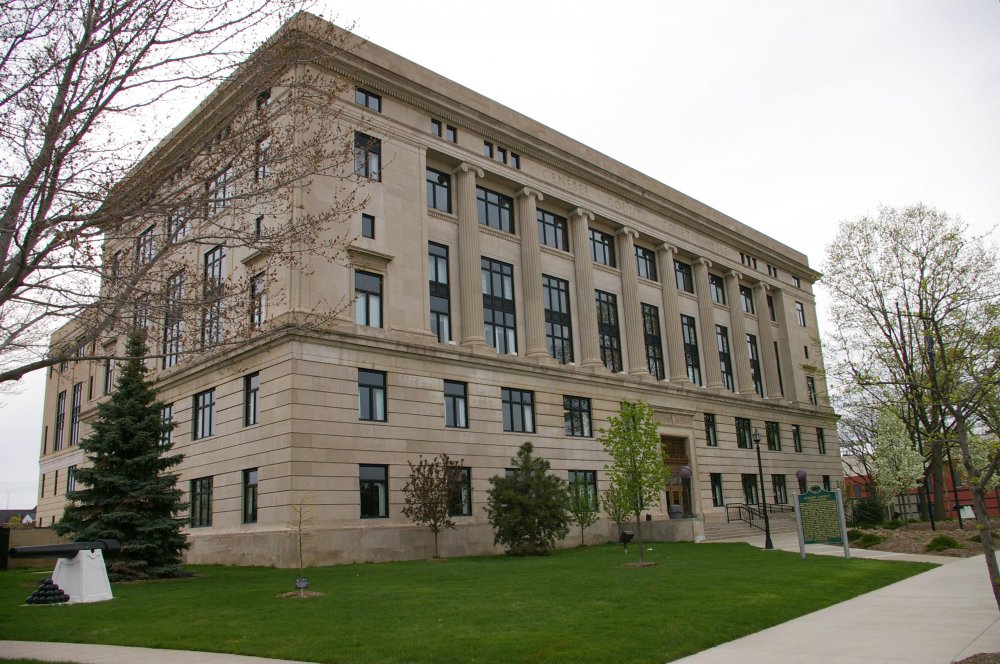 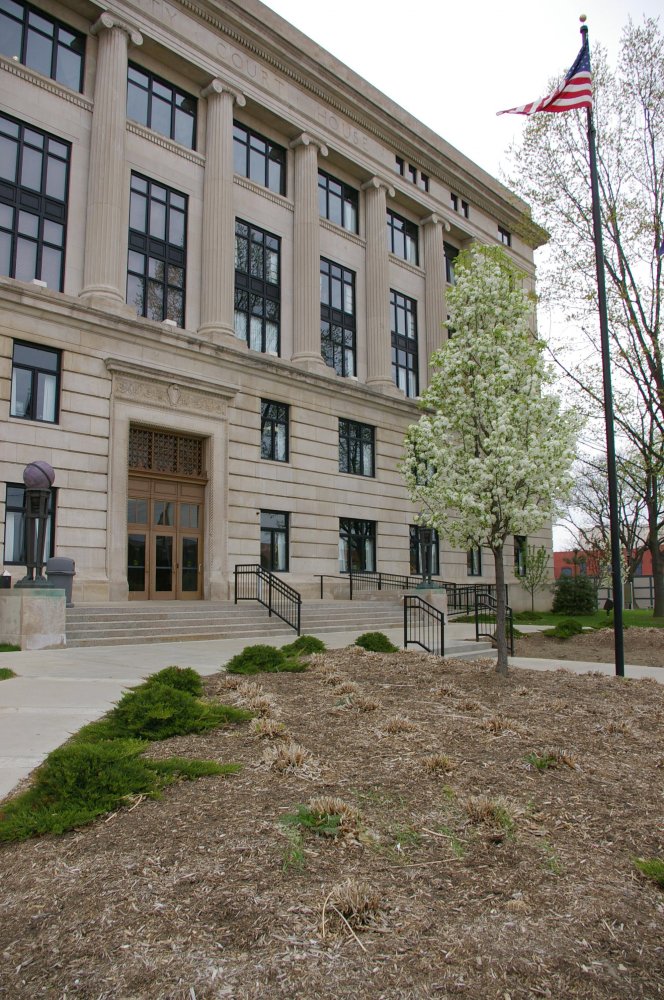 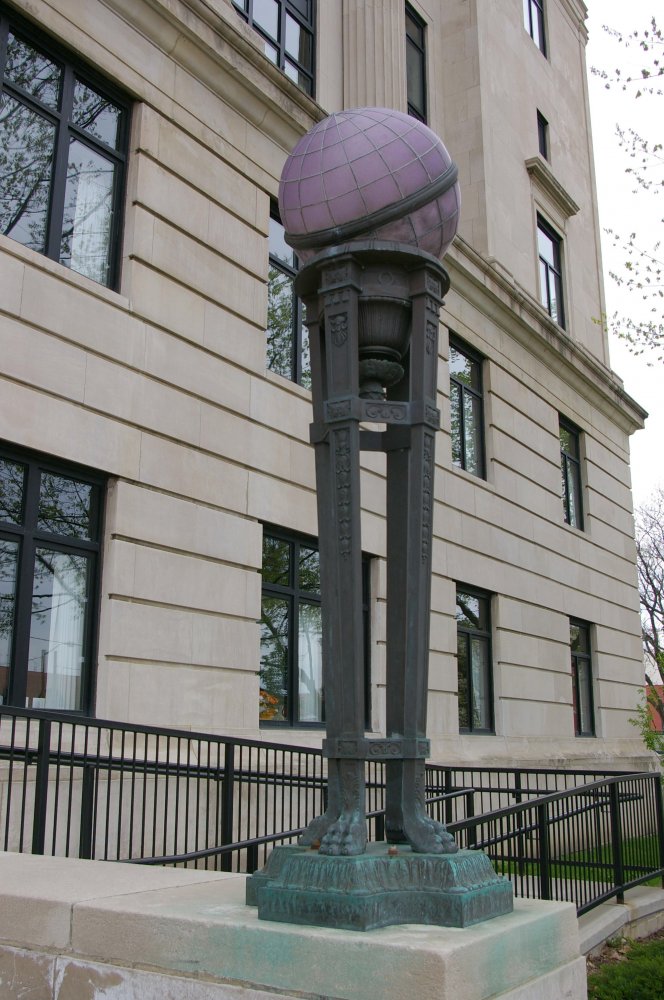 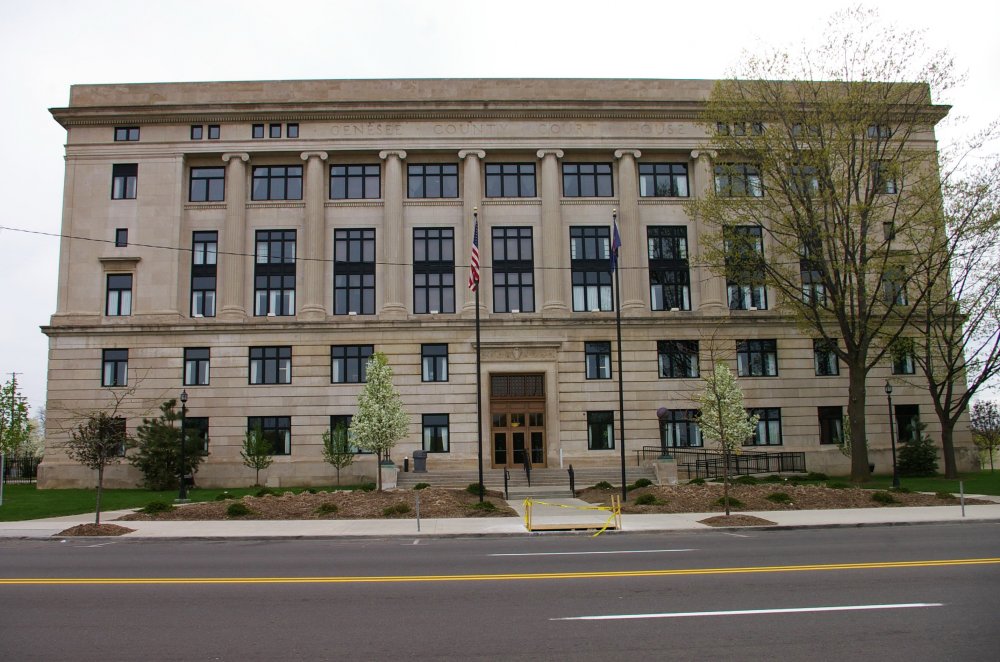 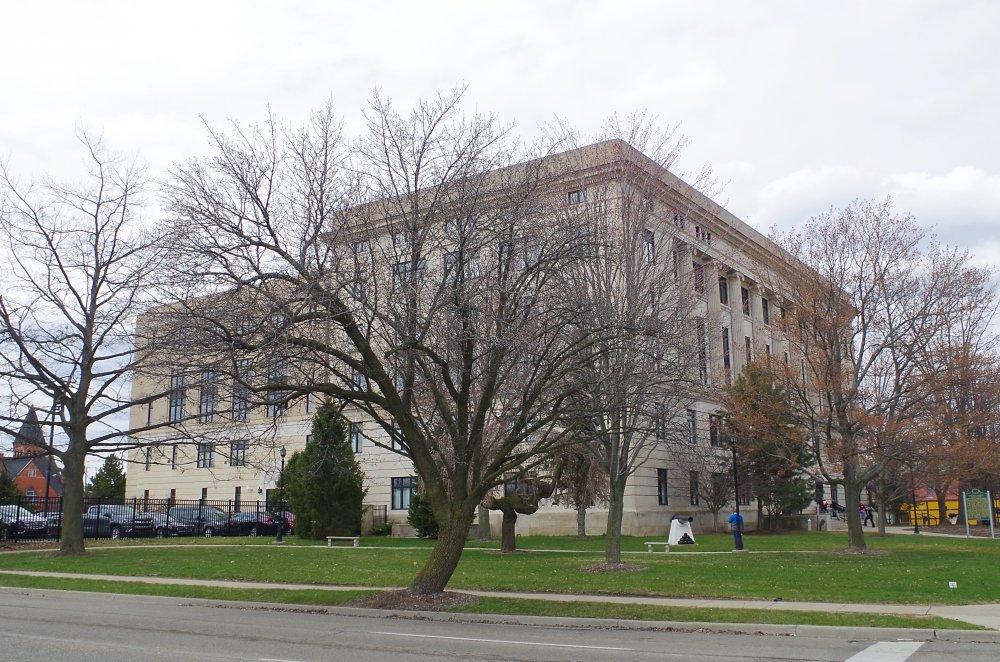 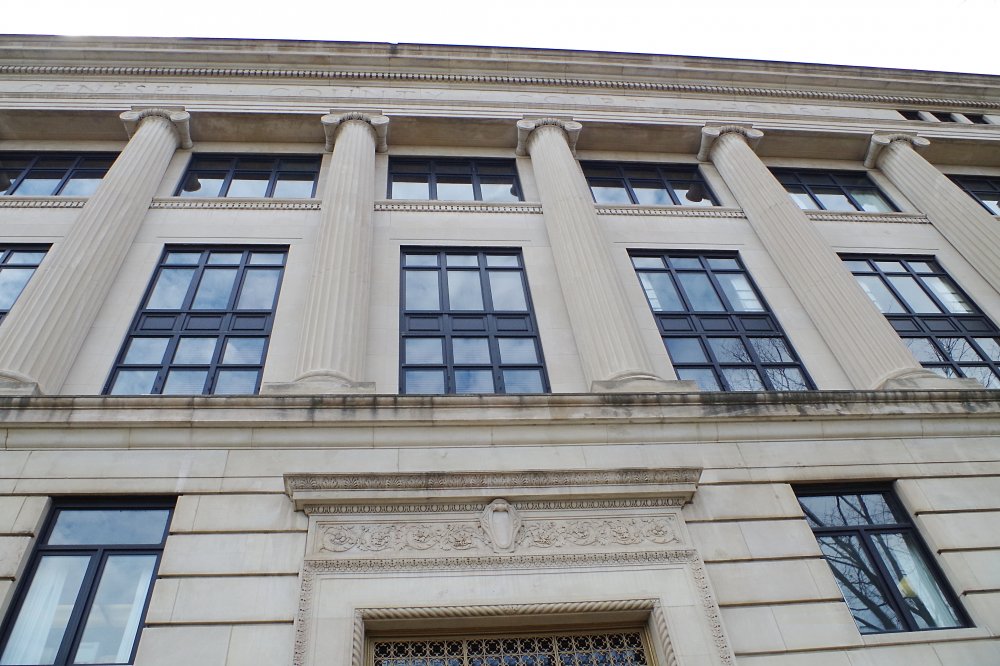 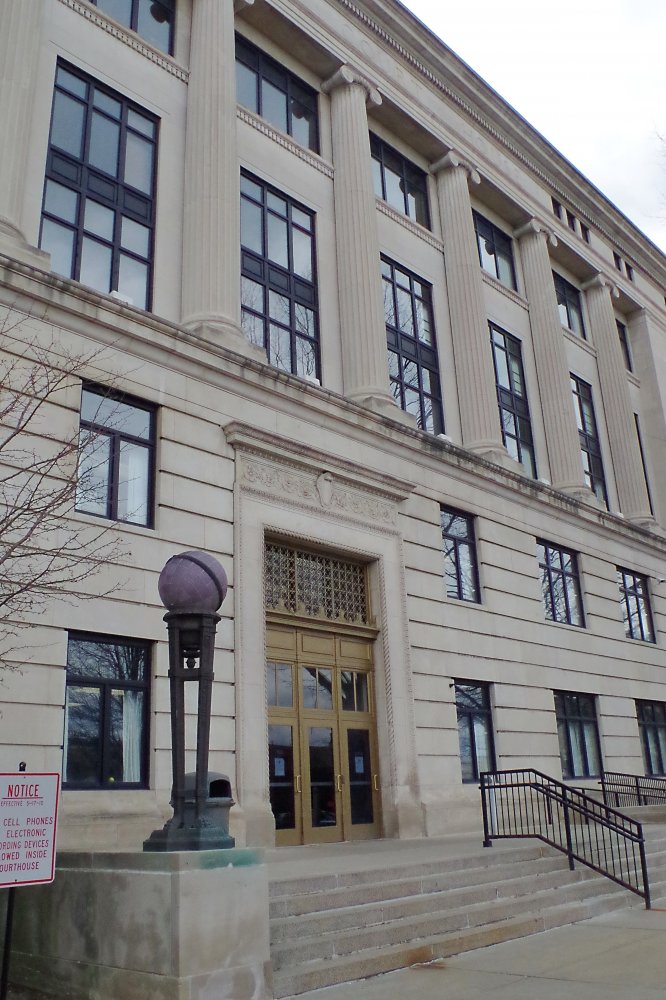 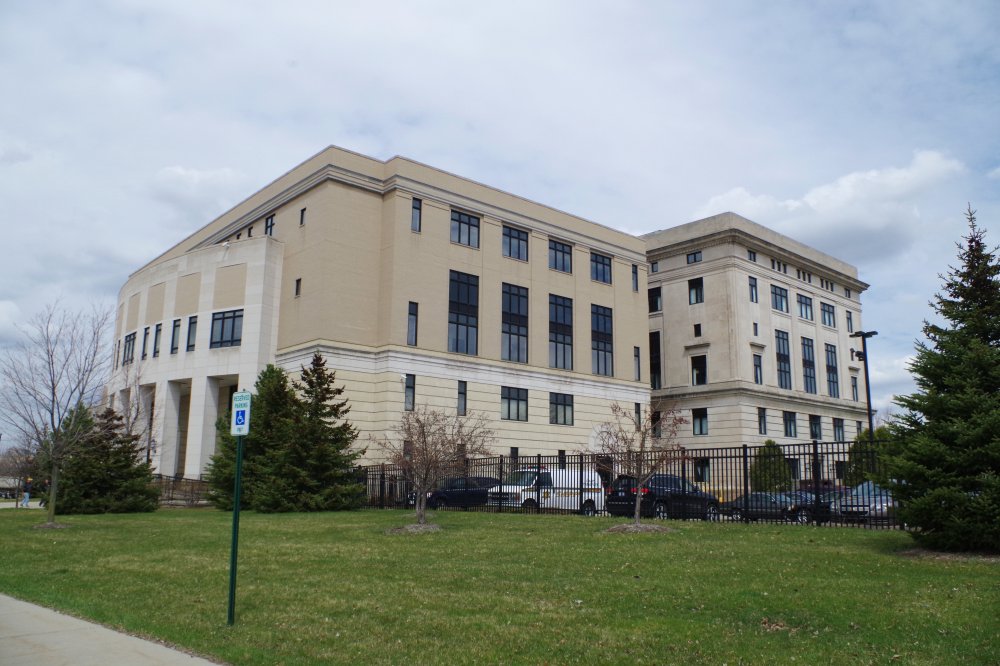 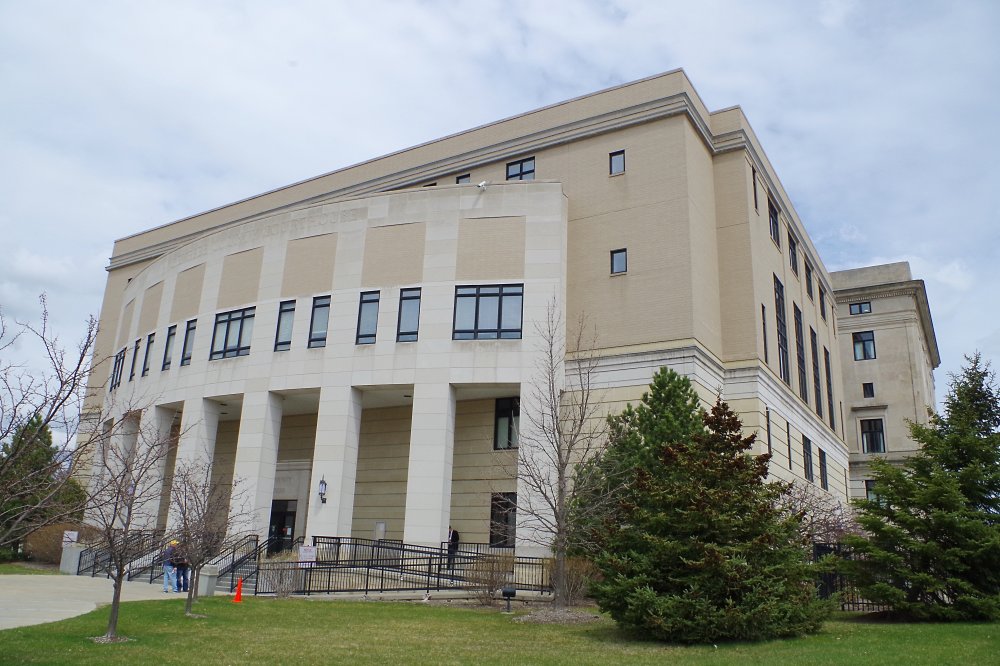 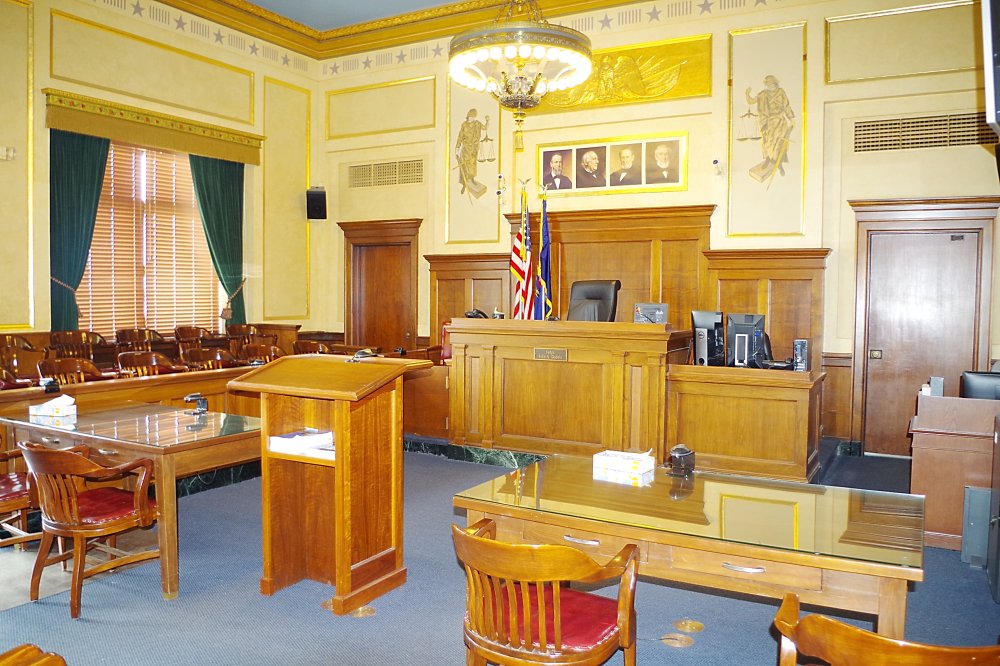 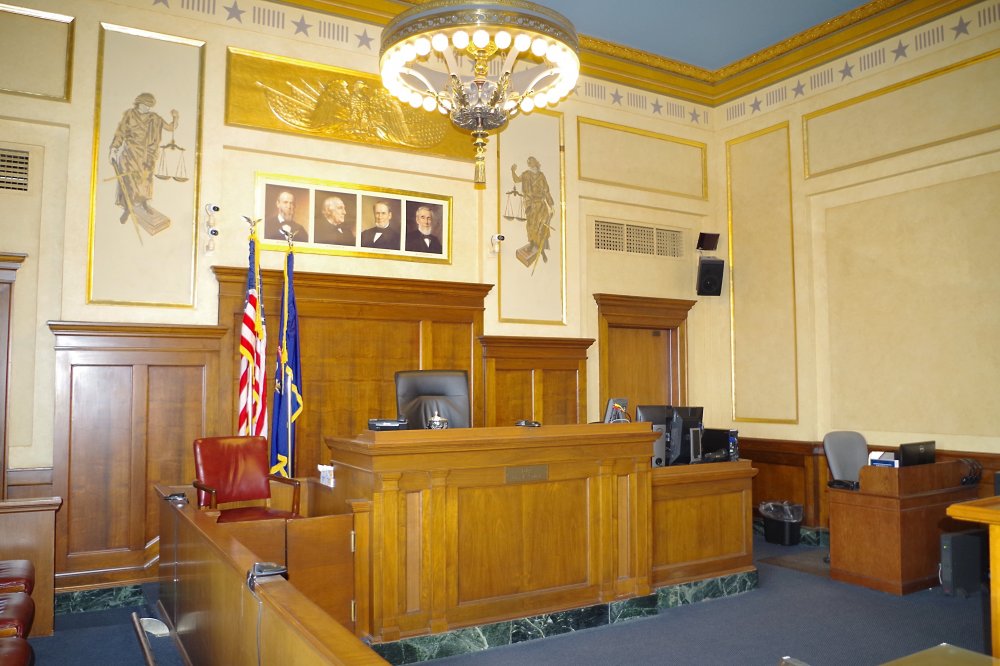