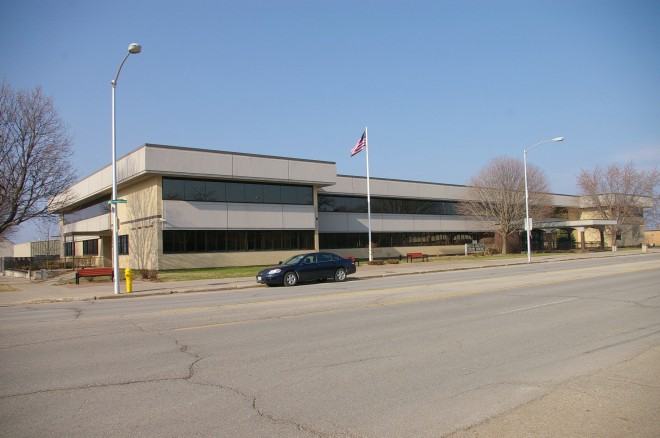 Delta County is named for the Greek ”Delta” symbol as the original shape of the county was triangular. 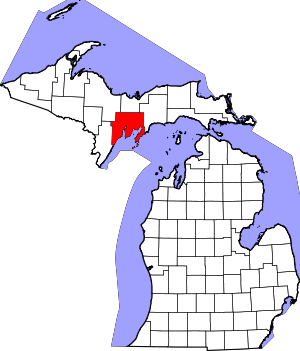 Description:  The building faces south and is a two story buff colored brick, concrete and glass structure. The building is located on landscaped grounds in the center of Escanaba. The east and west wings project south from the main building. In the center is a canopy at the main entrance. White colored bands of concrete run between the first and second story windows and along the roof line. A map of the county adorns the southeast corner of the building. The roof line is flat. In the interior there is glass, stone and wood. The building houses the County Circuit Court of the 47th Judicial District, County District Court and County Probate Court. The building was enlarged in 1994 with the addition of the second story. The architect was G Arntzen & Company of Escanaba and the contractor was Menze Construction Company. 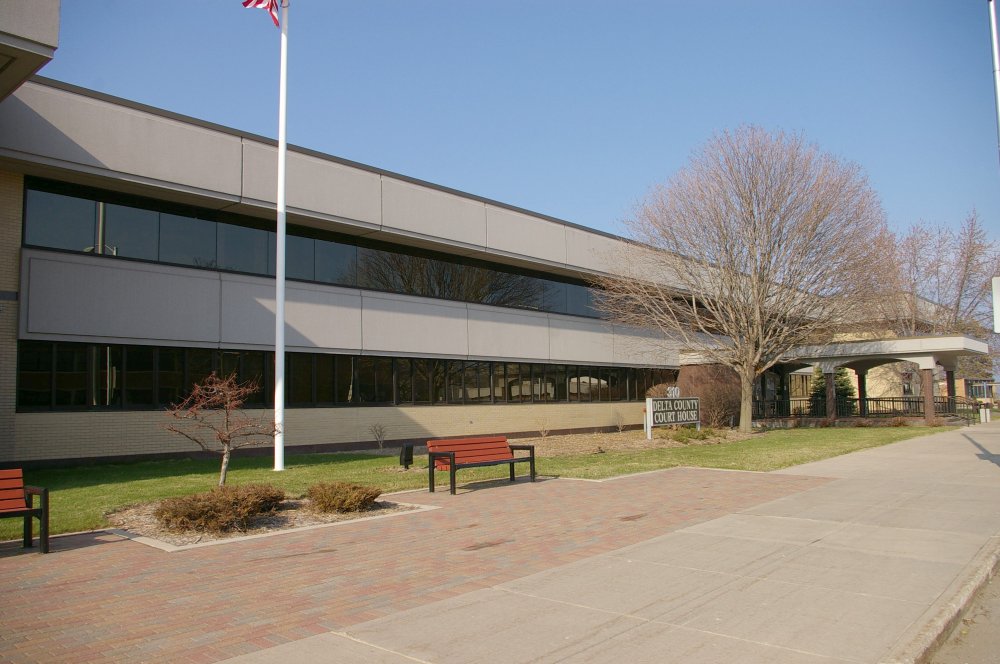 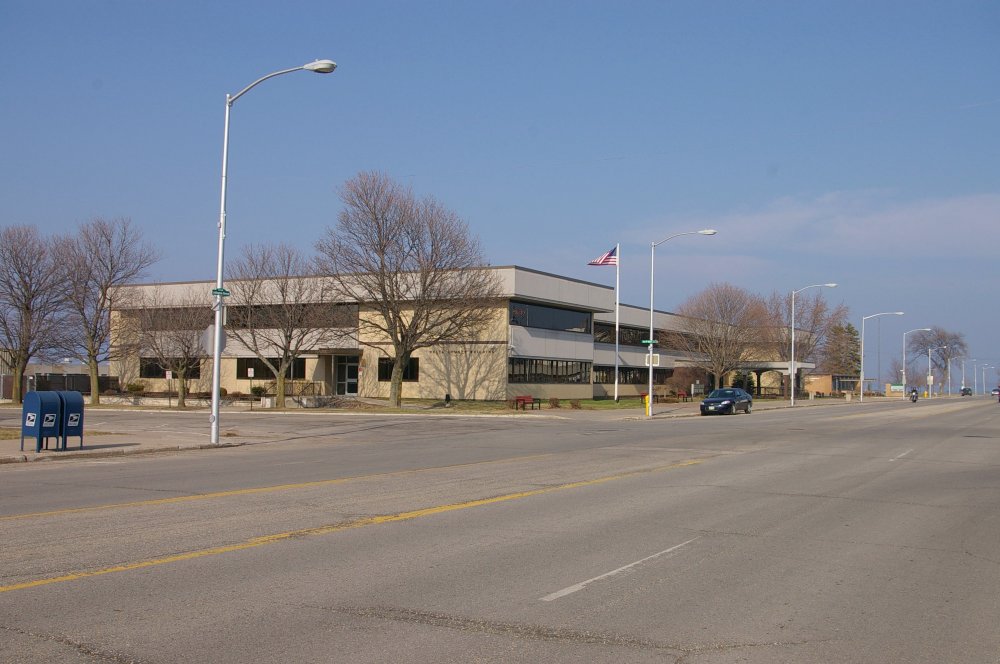 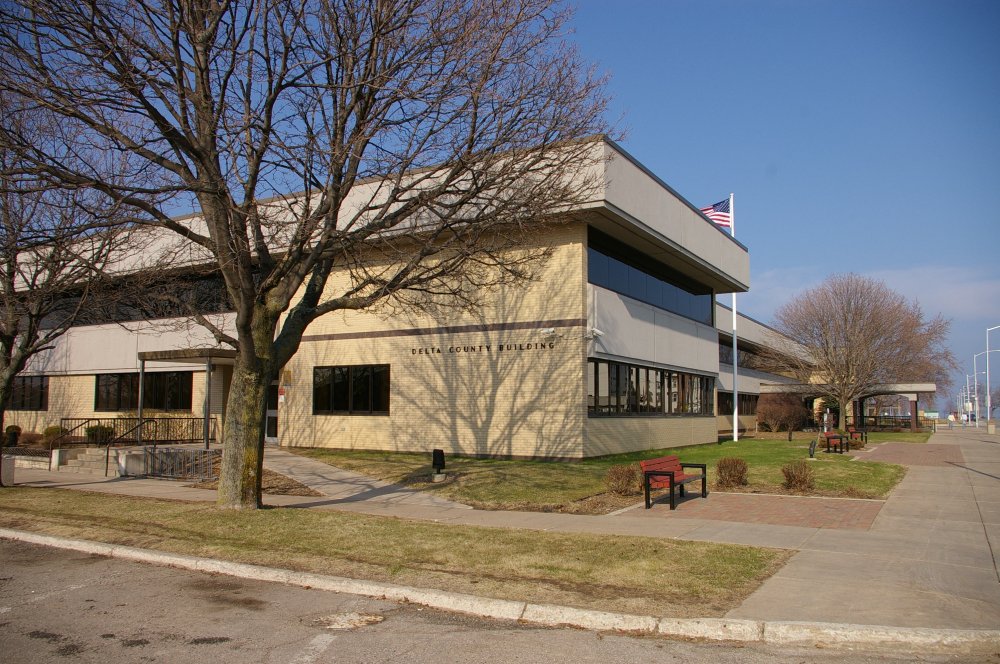 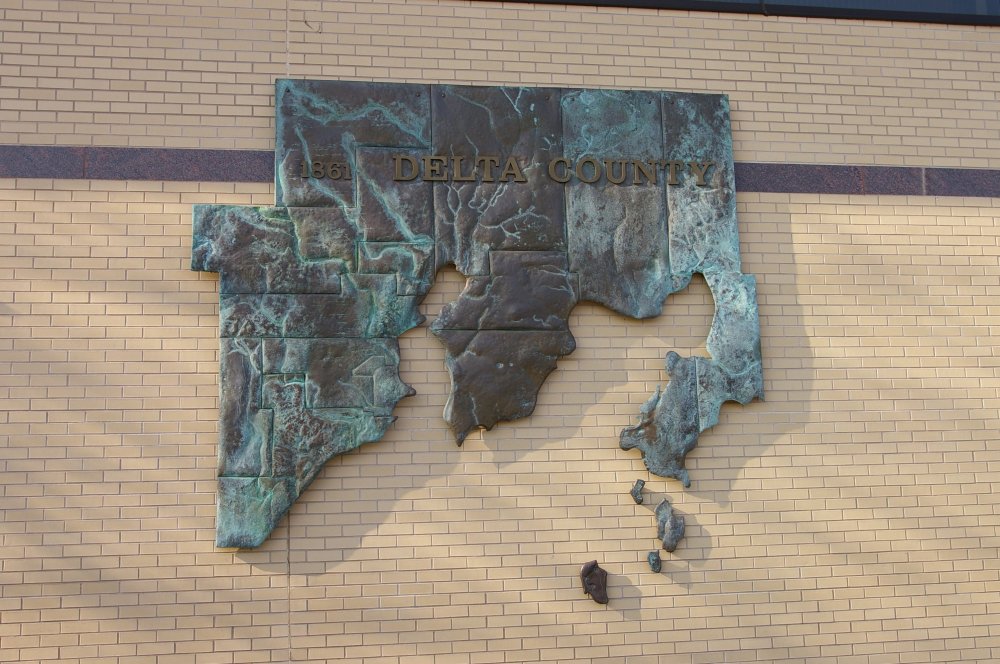 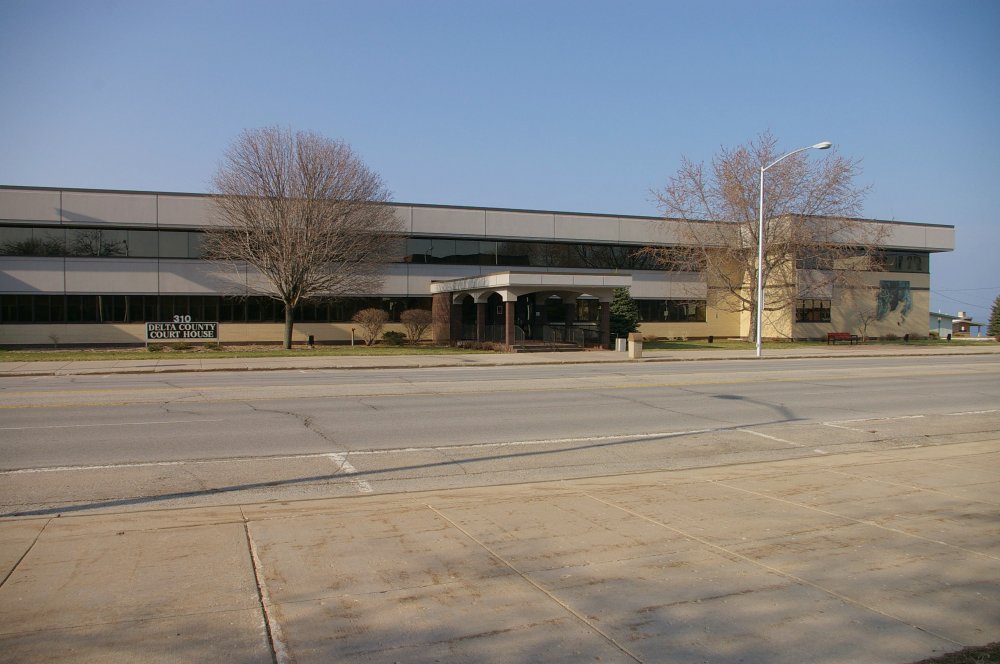 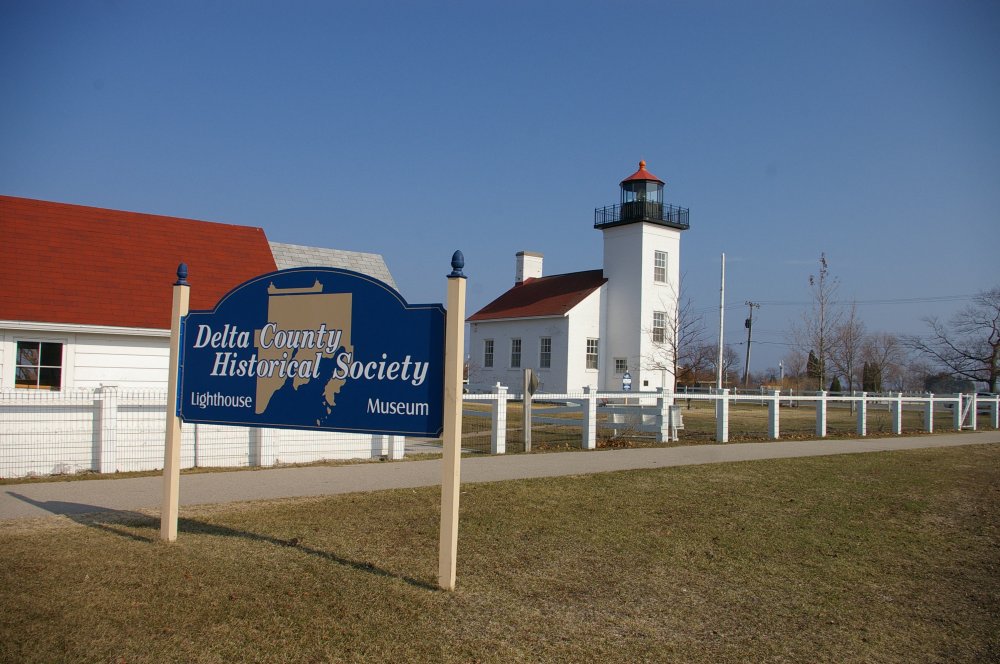 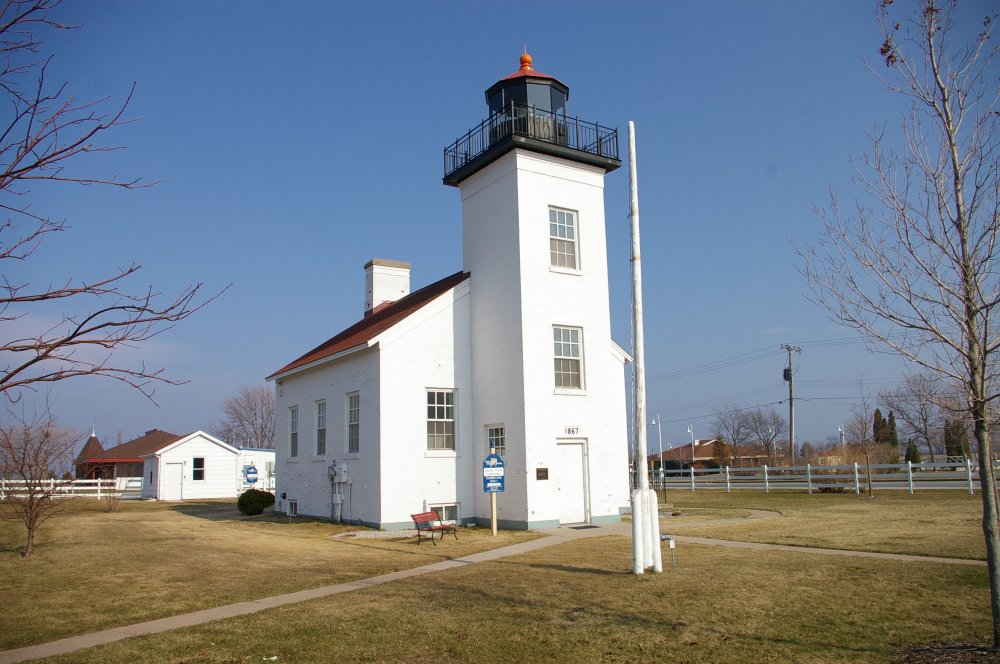