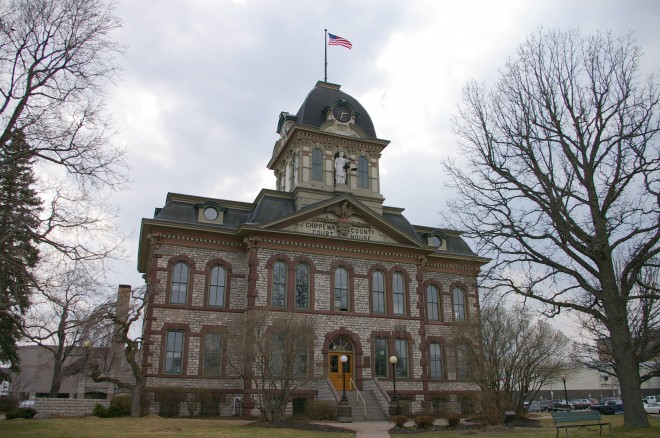 Description:  The building faces north and is a two story sandstone and limestone structure. The building has a projecting central section with the entrance surrounded by an arch. At the top is a decorative pediment. The building has a mansard roof and walls which are two feet thick. On the center of the roof is a large square dome with a wood Statue of Justice, clock and steep black colored roof. Additions were added in 1904 with architect R C Sweat of Marquette. A further addition was constructed in 1930. The building was renovated 1n 1989. on the south side is the modern Courthouse Annex.

History:  Sault Ste. Marie became the county seat in 1826. The first and only courthouse was constructed in 1877 to 1878 with sandstone extracted when the second canal was constructed. Limestone from nearby Drummond Island was also used.  The cost of construction was $20,000 and the 1904 addition, cost $25,000. 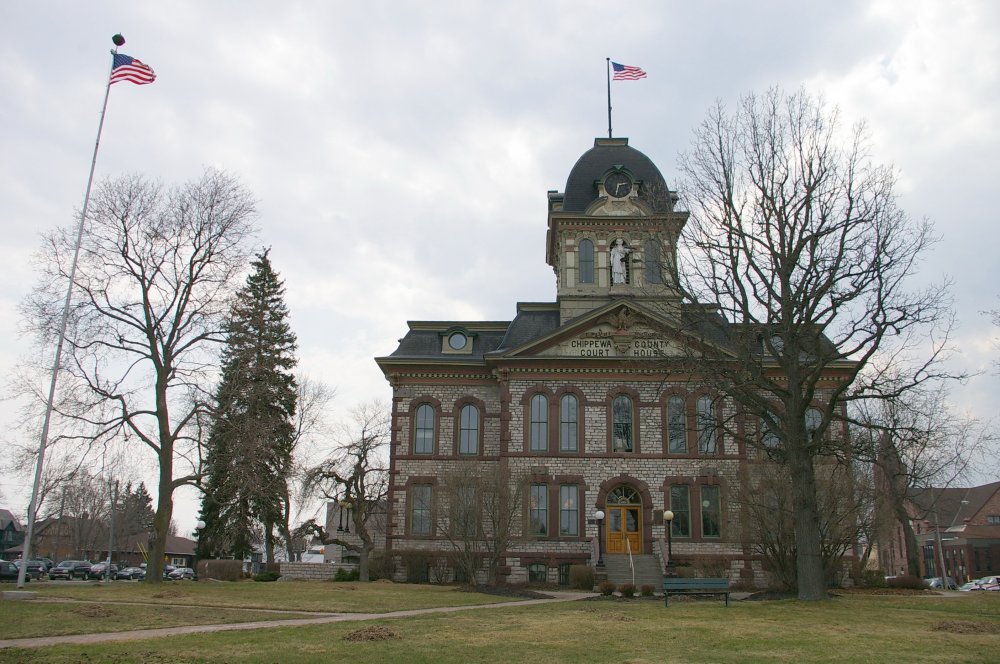 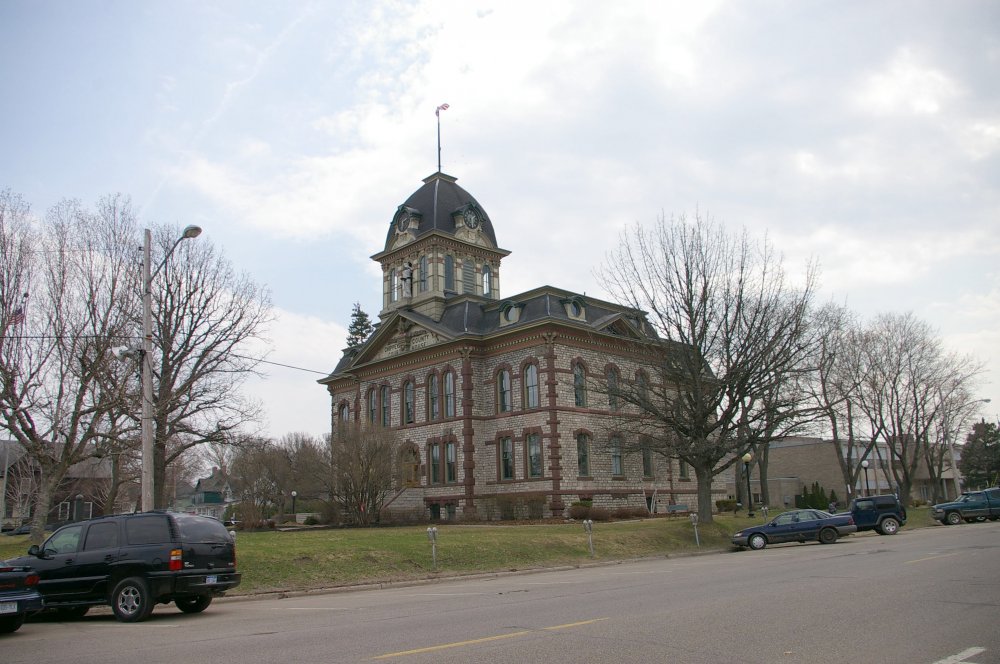 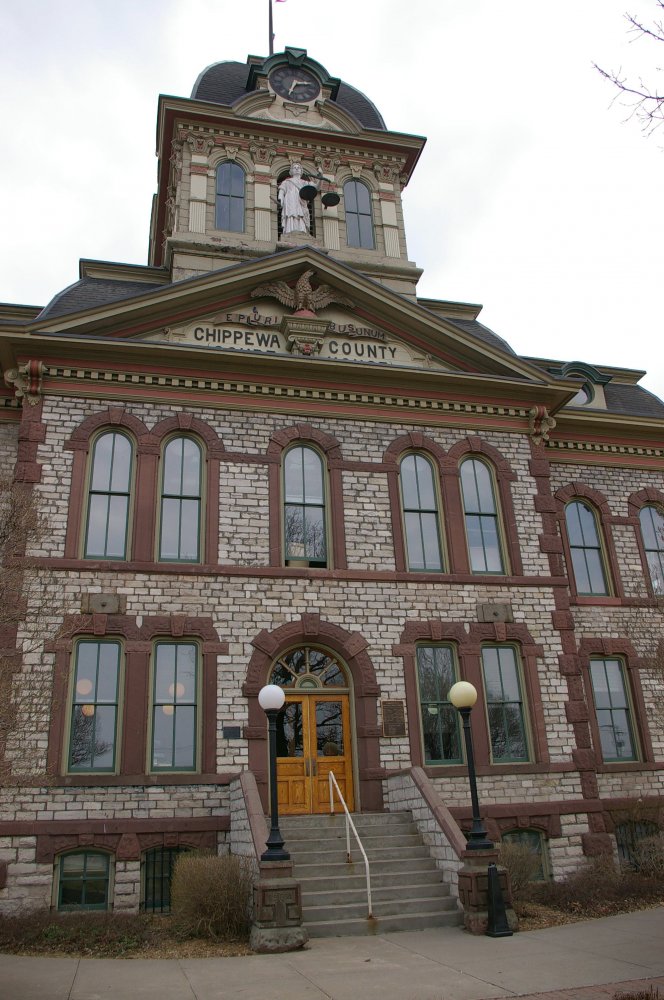 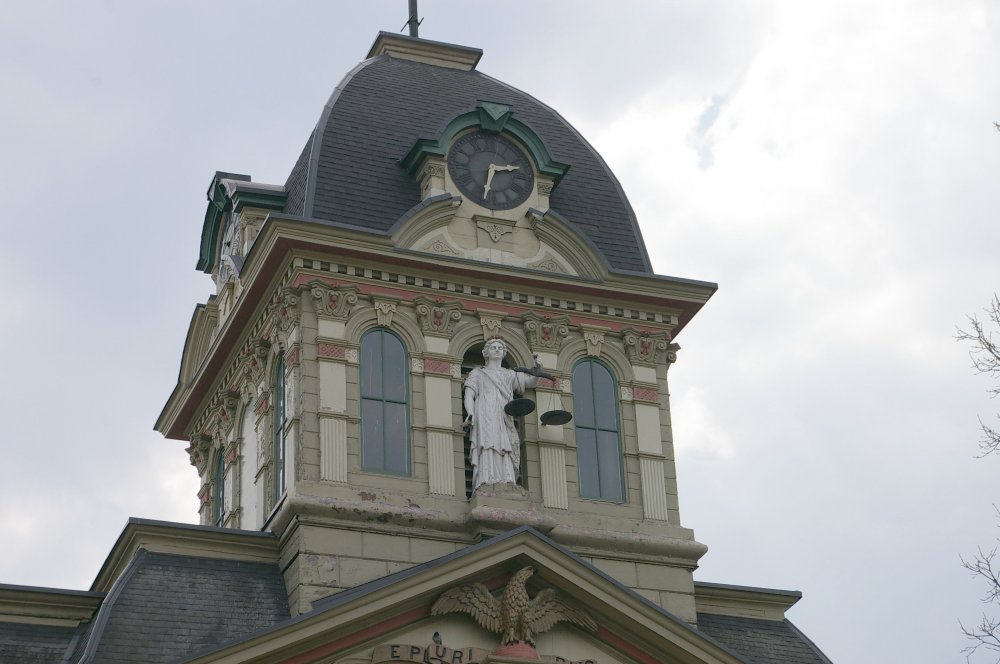 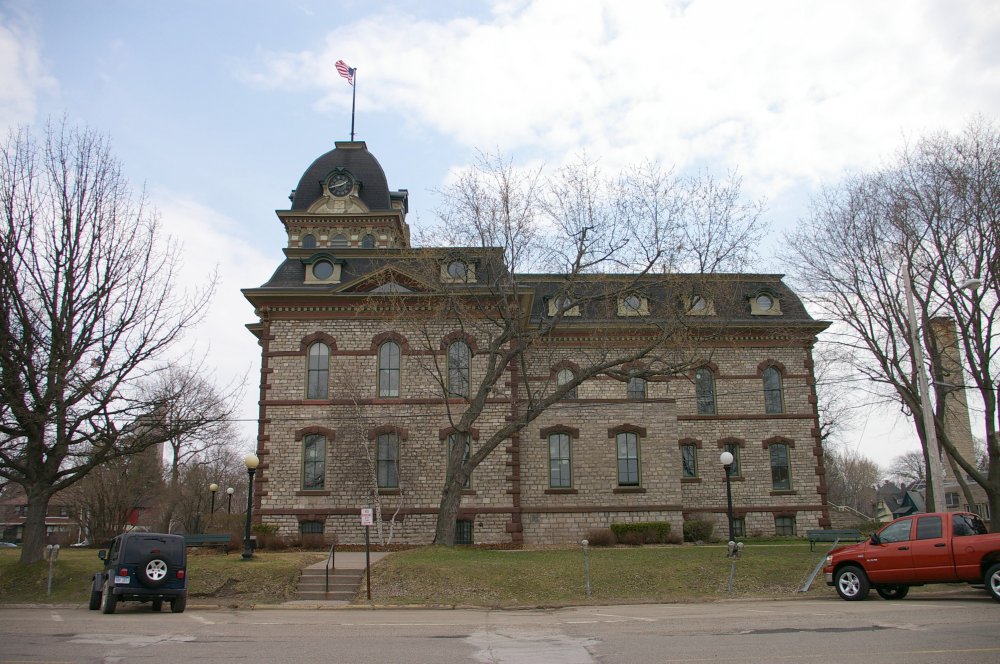 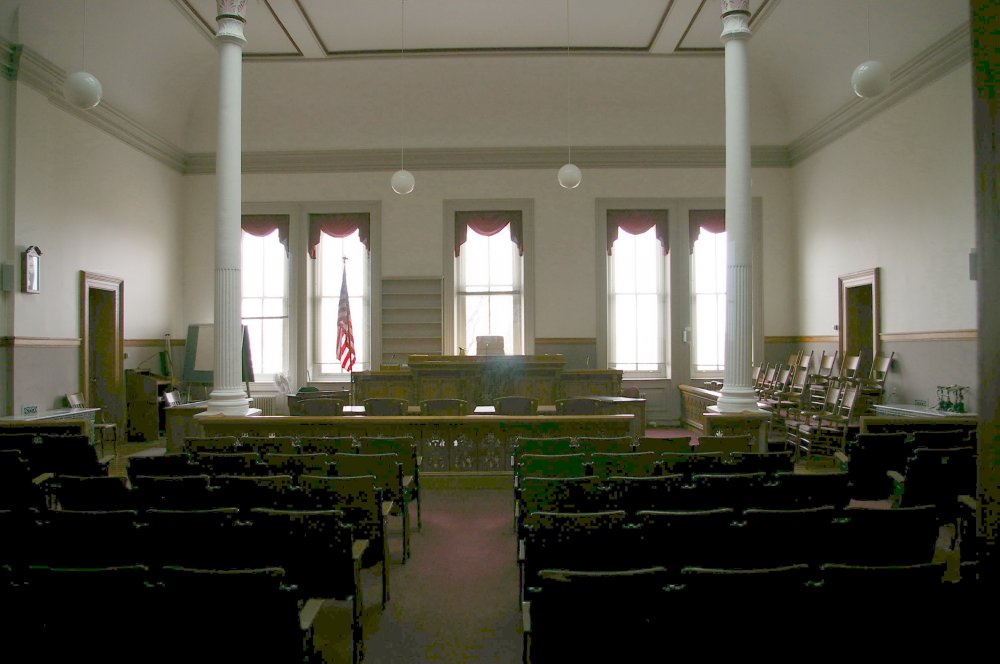 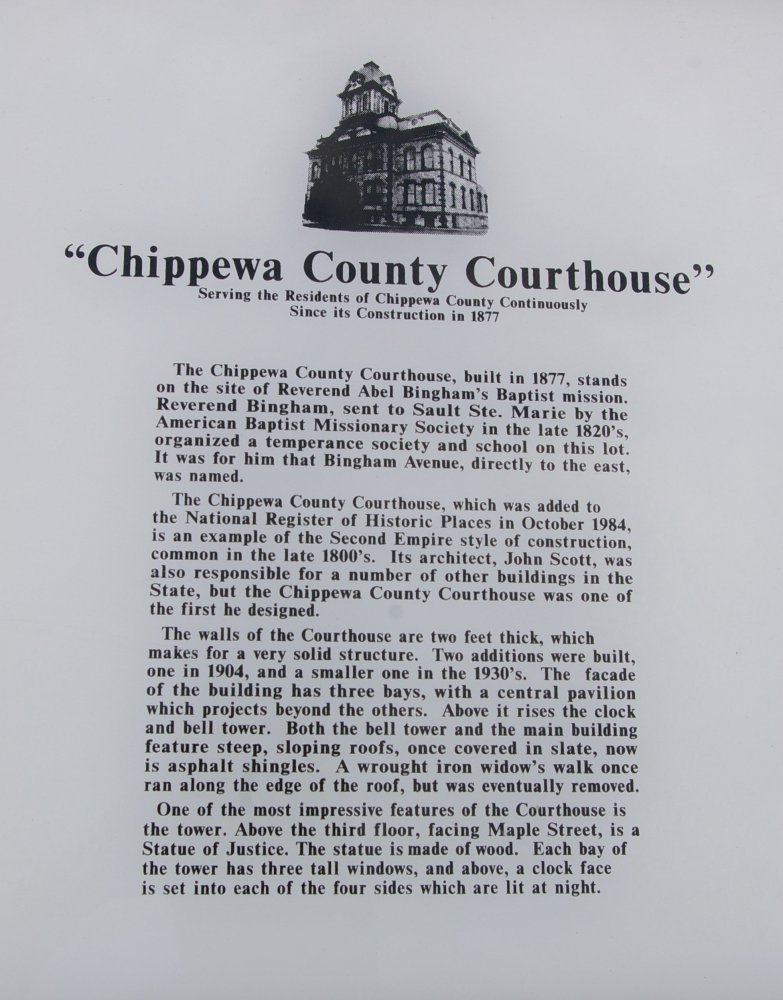 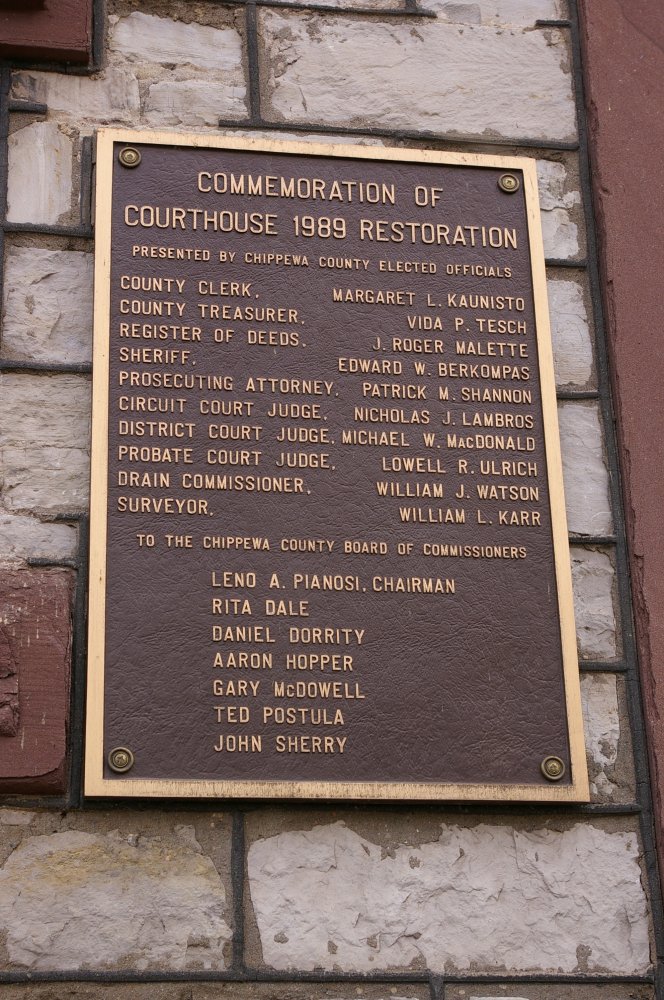 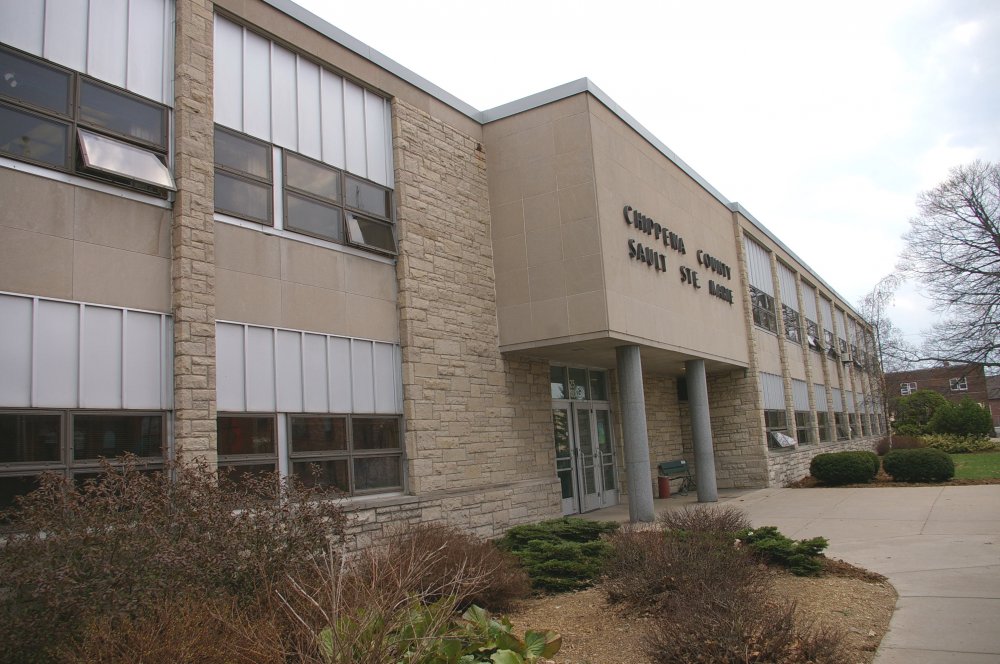 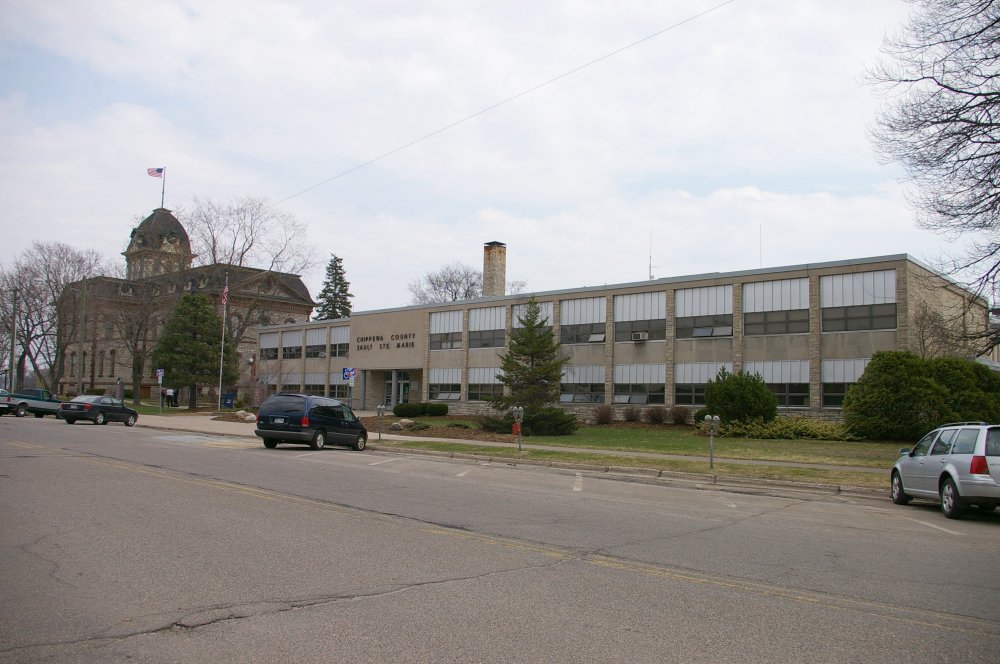 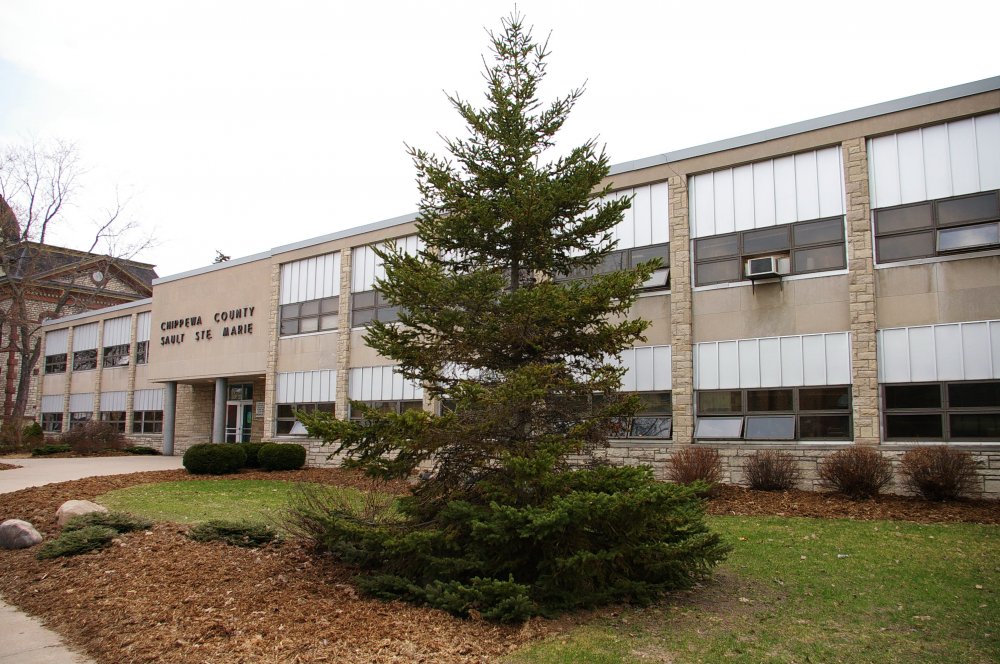