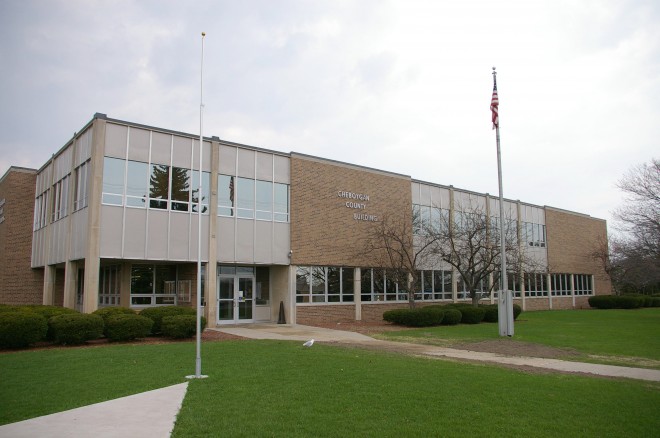 Cheboygan County is named for the Cheboygan River, which is named after the Ojibwe word “zhaabonigan” meaning “sewing needle” or from “chabwegan” meaning “a place of ore”. 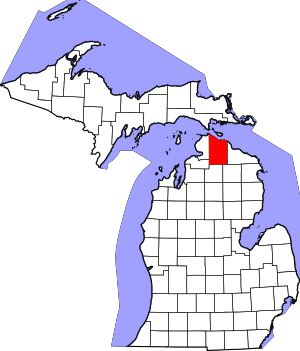 Description:  The building faces east and is a two story buff colored brick, concrete and glass structure. The east front section has the entrance at the southeast corner with an overhang supported by concrete pillars. The entrance is recessed. Glass windows run across the first story front with stone facing on the second story at the windows. The roof line is flat. 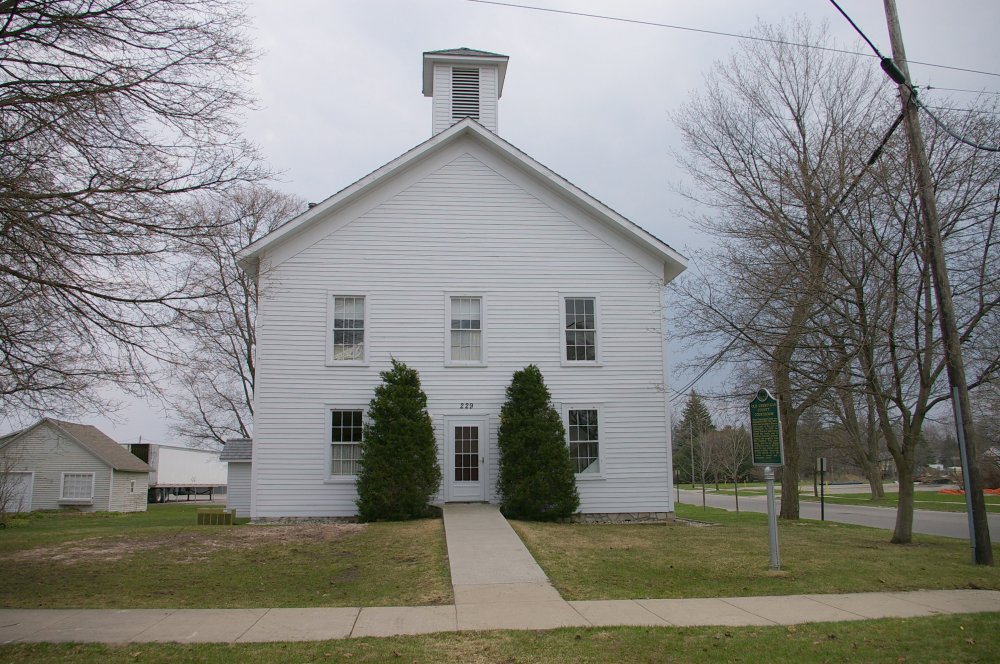 Note:  The cost of construction of the courthouse was $3000. In 1983, the building was extensively renovated. 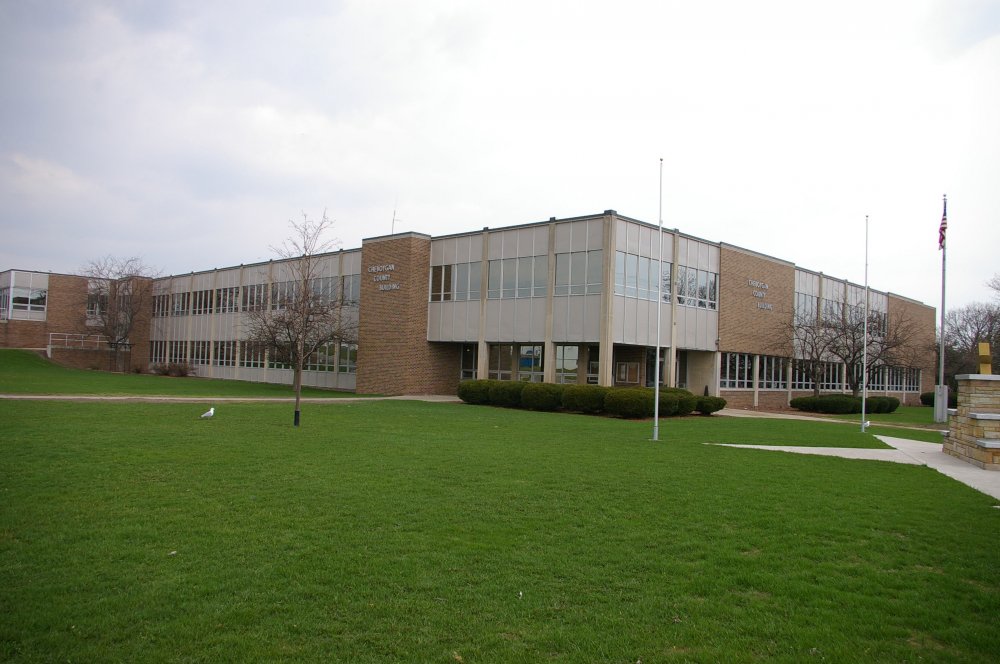 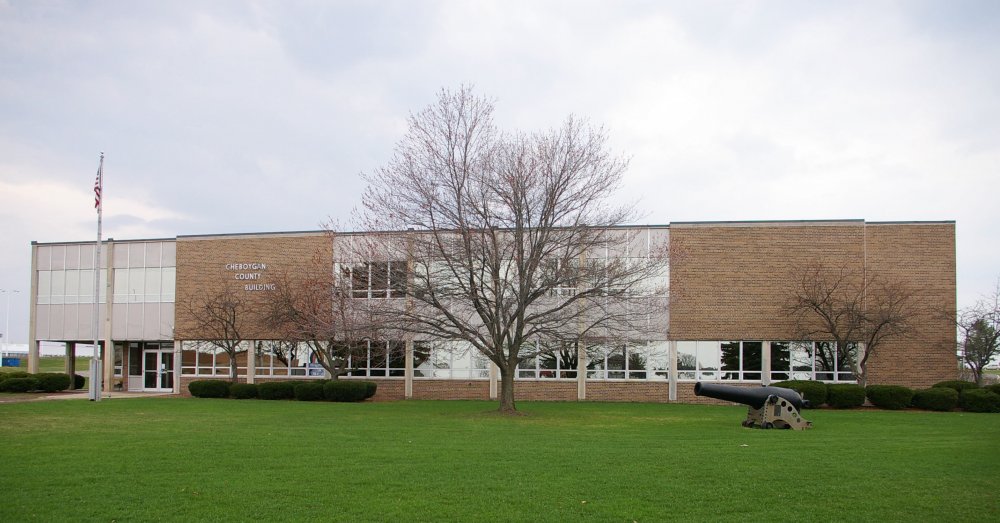 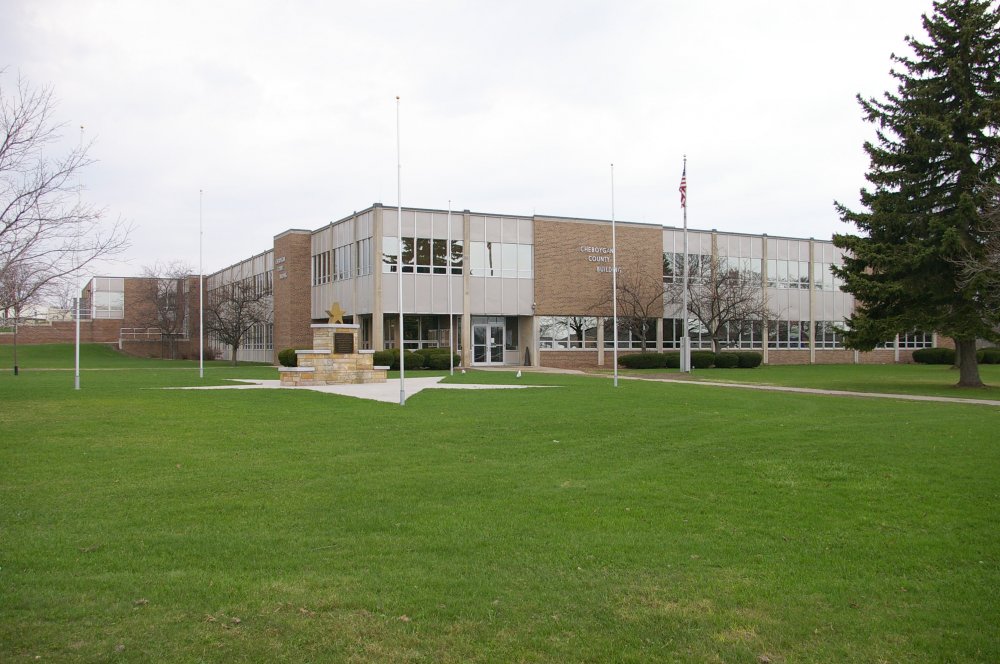 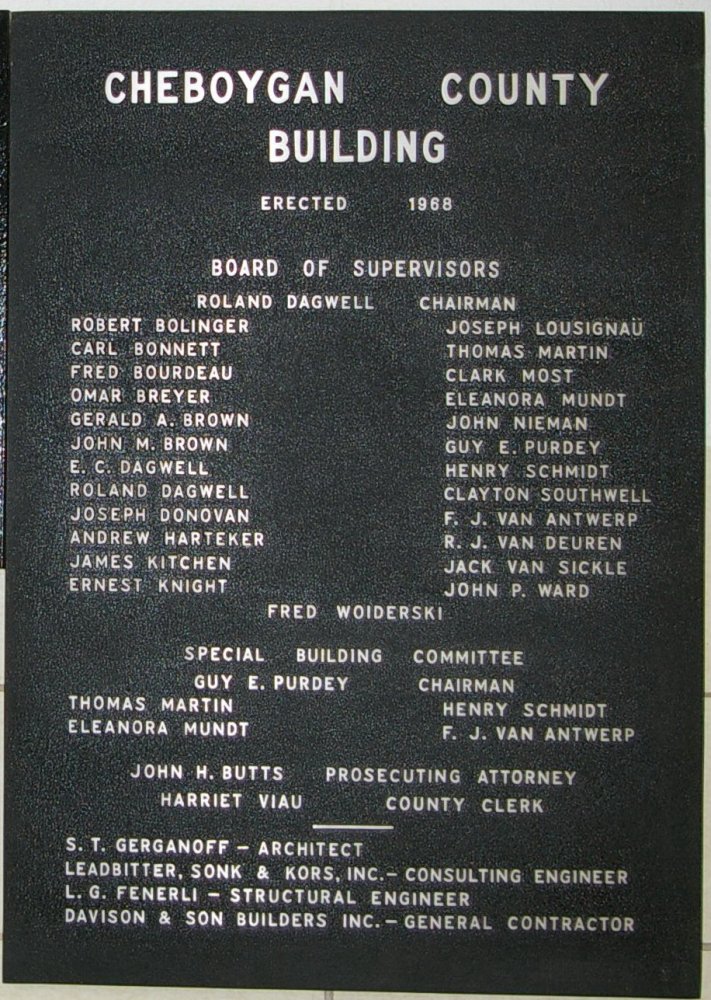 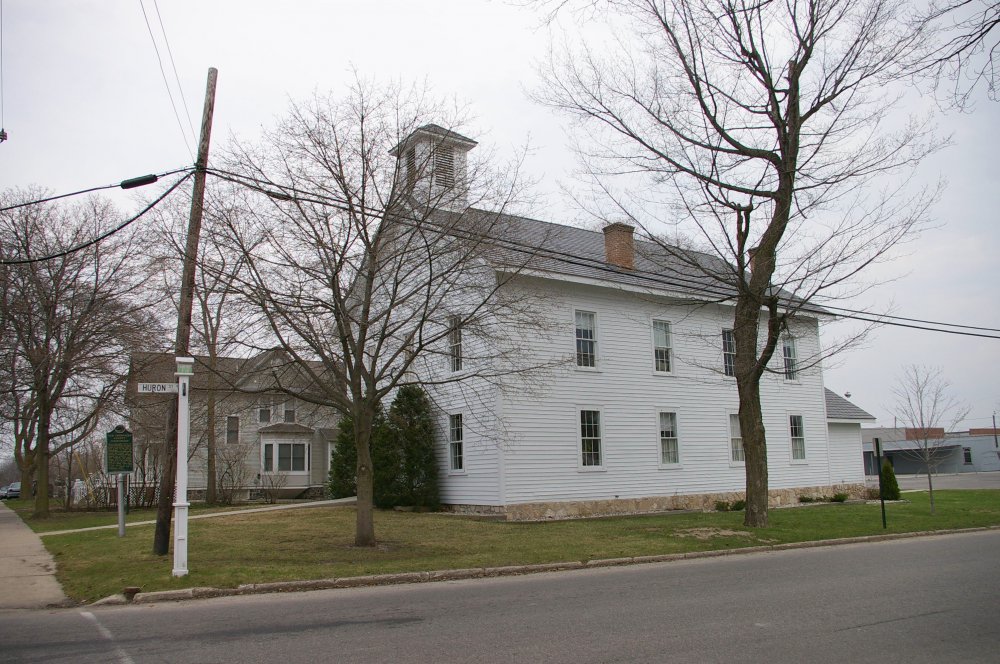 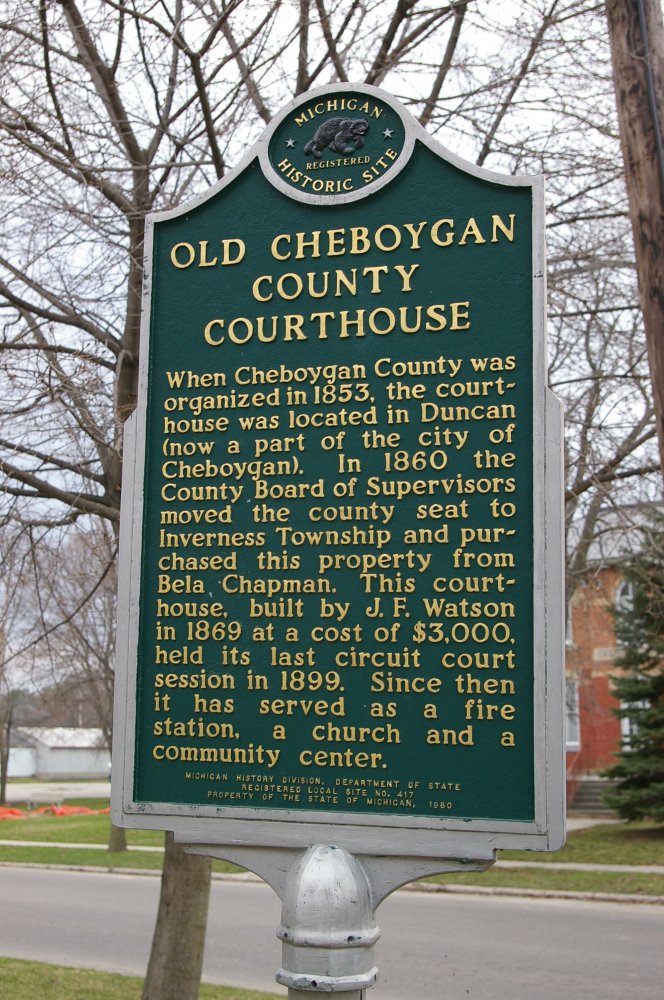 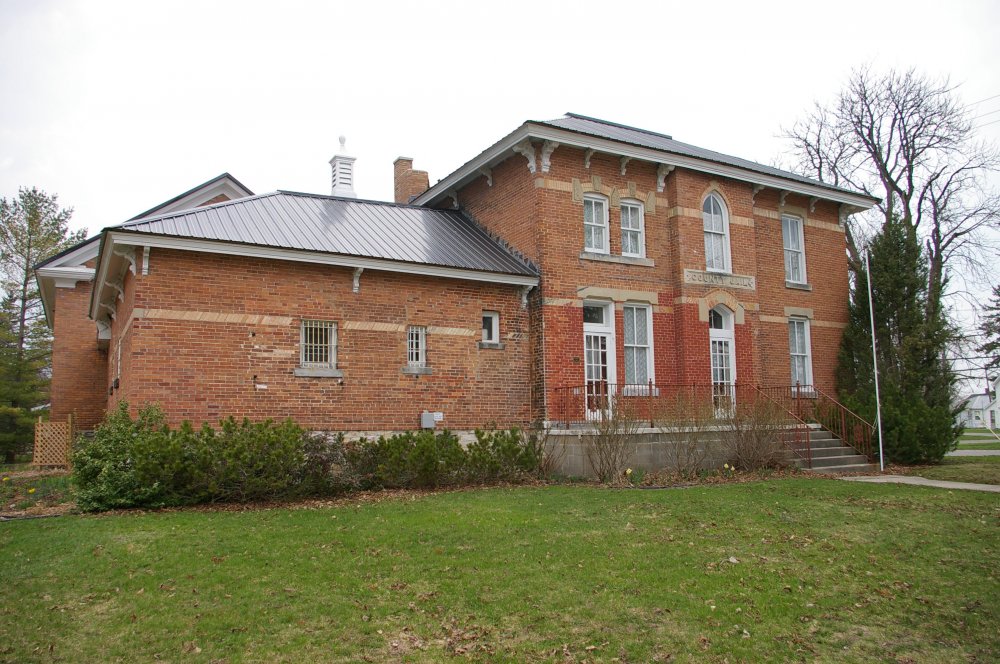