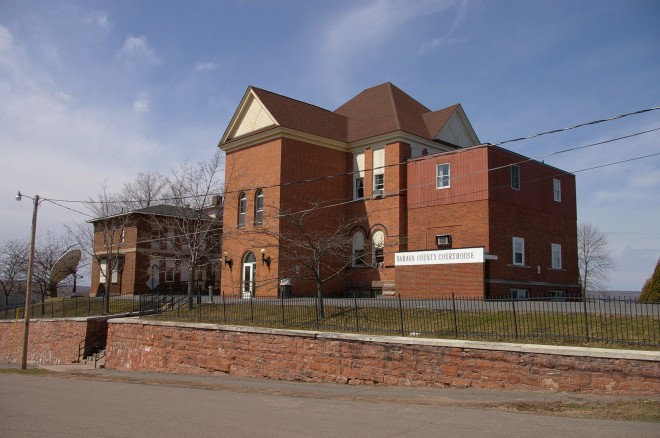 Baraga County is named for Bishop Frederick Baraga, who was a missionary who worked with the local Native American people. 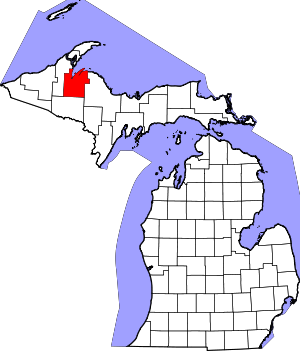 Architect:  John B Sweatt of Marquette

Description:  The building faces northwest and is a two story red colored brick structure. The building sits on landscaped grounds on a hill overlooking the downtown area in the center of L’Anse. The center section projects outward from the building on the northwest and southeast sides and has a peaked roof. There are also peaks on the other sides of the roof. The building has arched windows on the first story. The roof is hipped. In the interior, the large stairs are wooden and carpeted. The courtroom is located at the center of the second story and has a brown colored judge’s bench and yellow colored chairs. The building houses the County Circuit Court of the 12th Judicial District, County District Court and County Probate Court.  An addition has been added to the northeast side. On the south side of the building is the jail constructed in 1912.

See: The architect, John B Sweatt of Marquette, also designed the courthouse in Houghton County and Keweenaw County.

History:  The county was created in 1975 and L’Anse was selected as the county seat. In 1875, the first courthouse was rented by the county and was a narrow three story frame building brought by Captain John Bendry on a boat from Hancock in 1872. The second and present courthouse was constructed in 1883 to 1884 at a cost of $11,945. 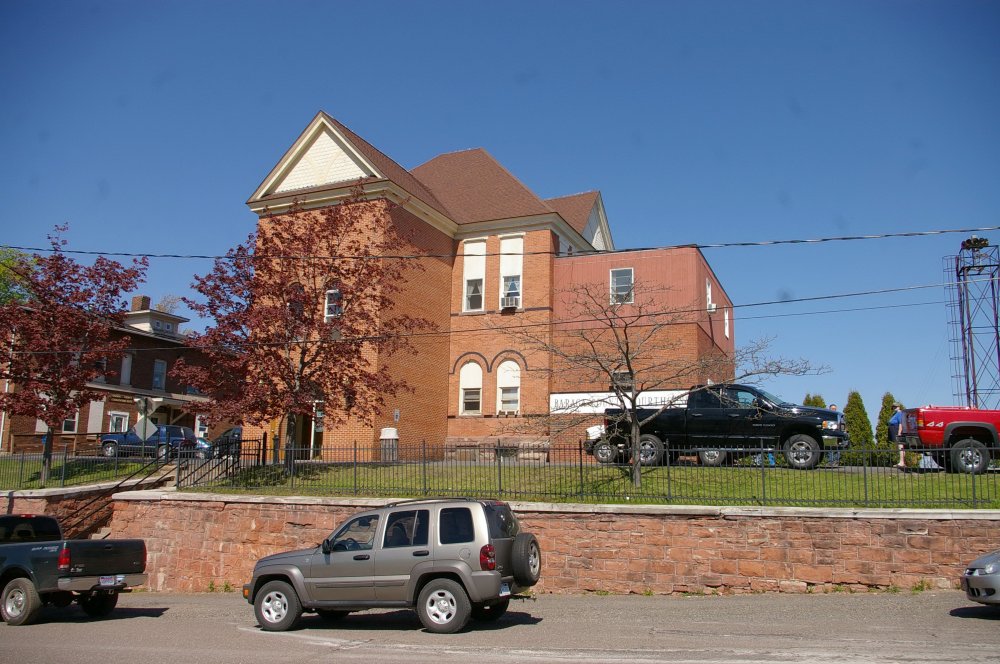 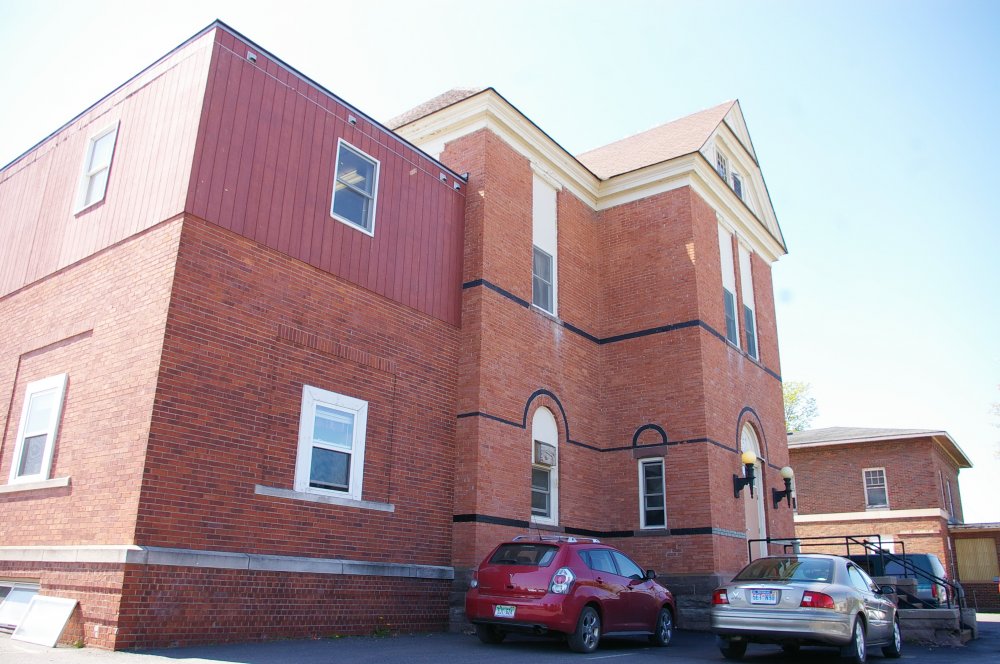 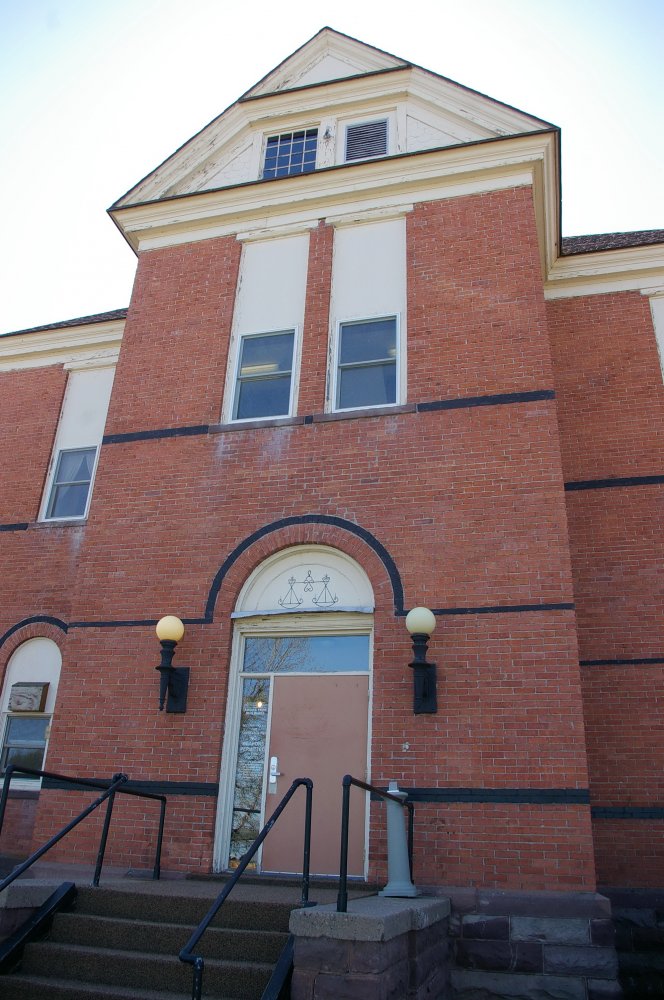 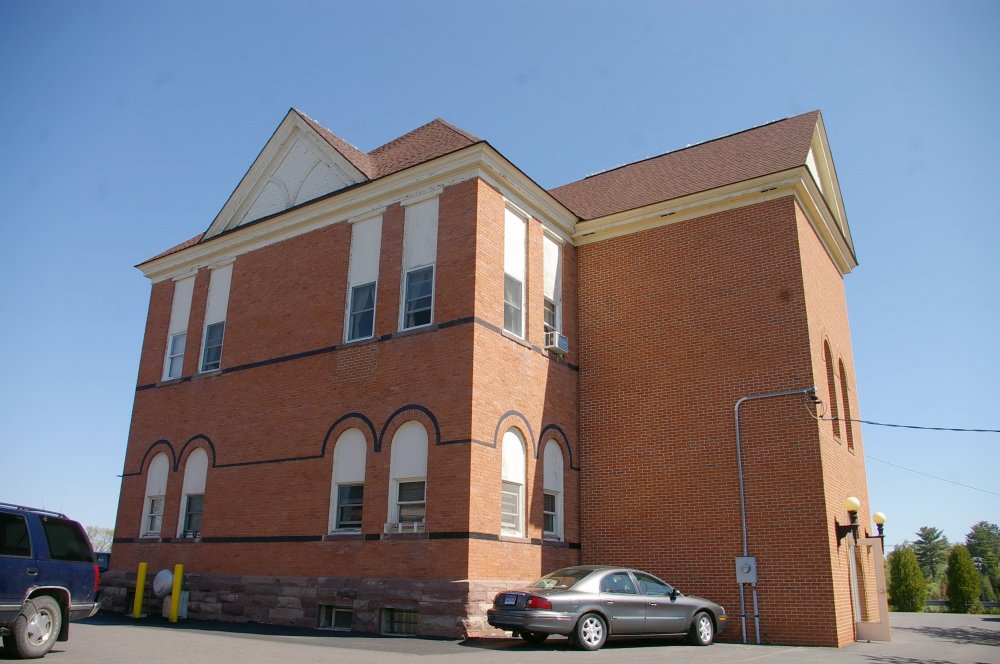 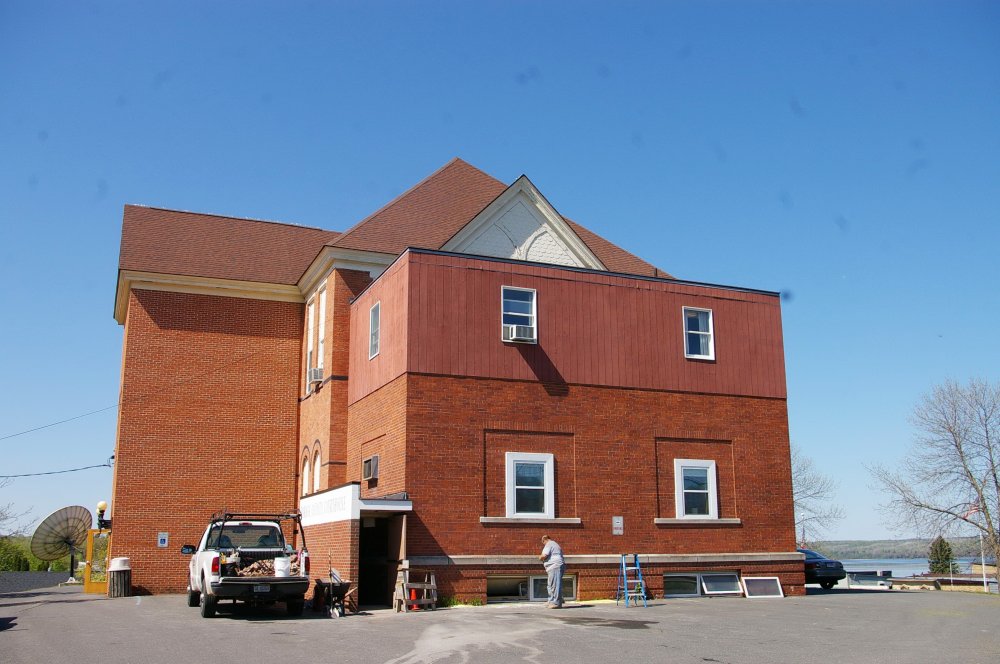 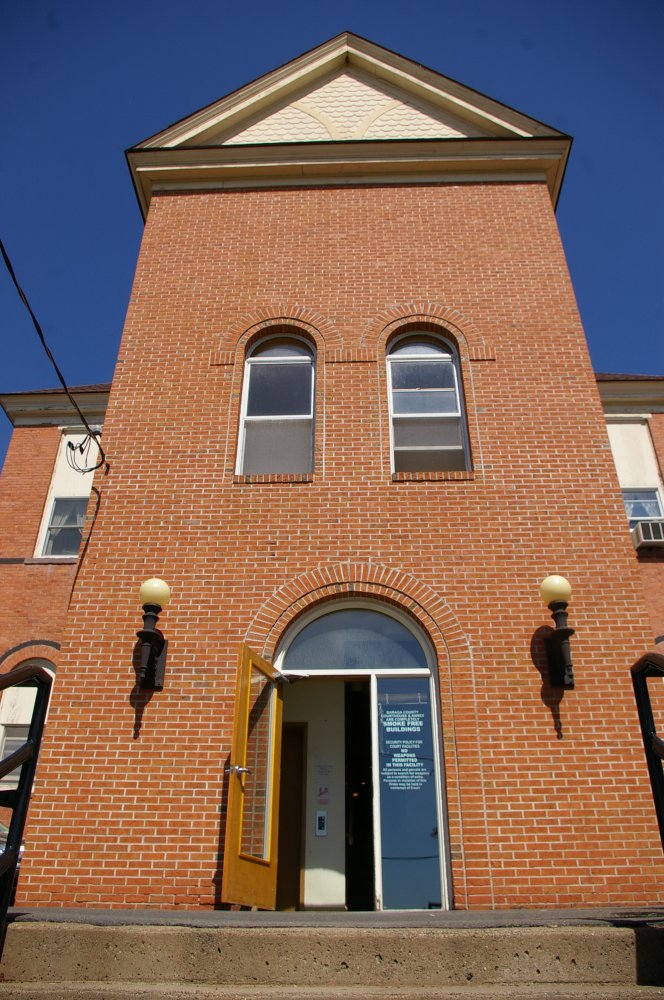 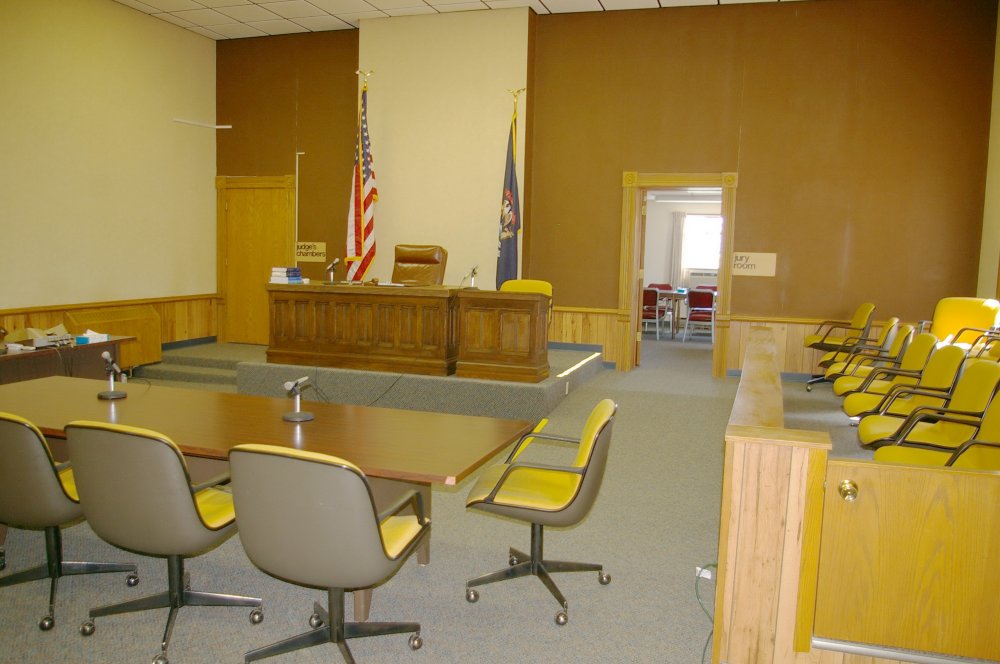 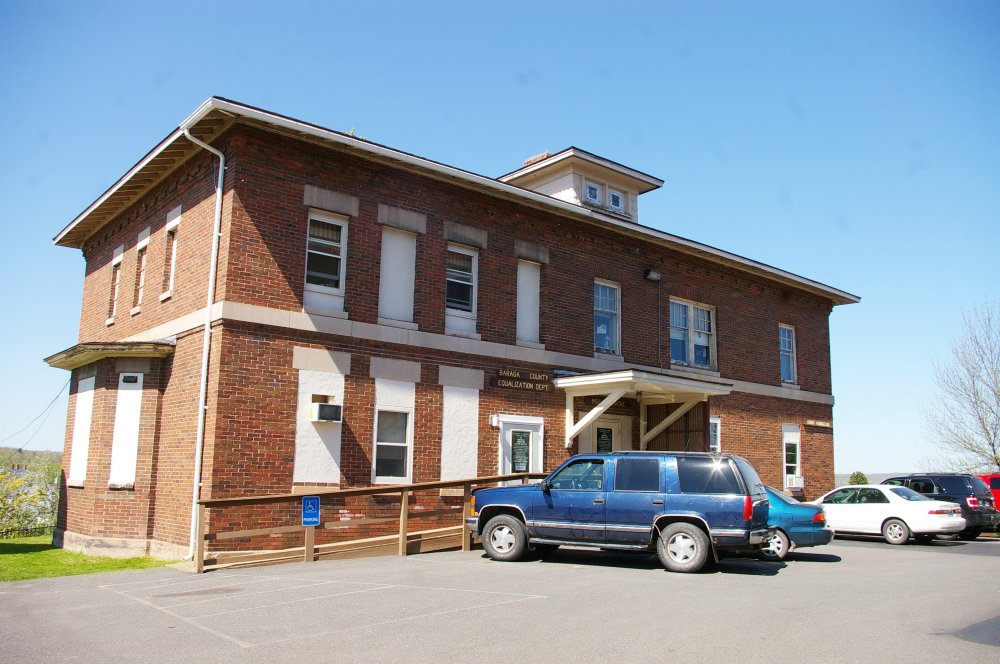