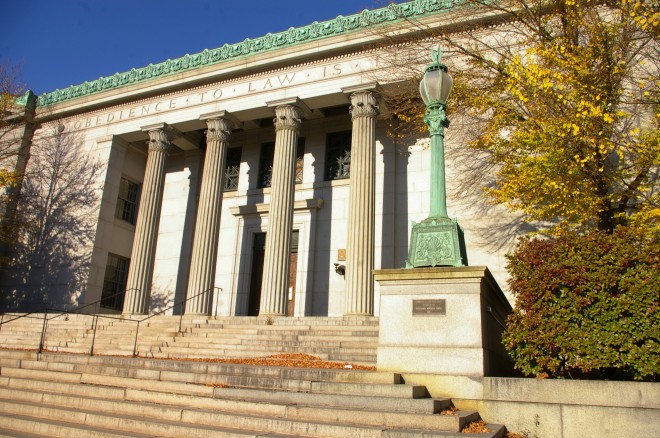 Description:  The building faces east and is a two story granite structure. The building is located on Lincoln Square. The east front has a large porch with six columns and recessed entrance. Along the roof line is ornamentation. An addition to the southwest corner of the building was designed by Stephen C Earle in 1878. In 1898-1899 a major expansion and remodeling of the building took place. The original courthouse portico was removed and a new facade created on Main Street which incorporated the original six columns and two new ones made to match the originals. The new facade was designed by Andrews, Jaques and Rantoul. and features two pavilions with two columns each, flanking a central section with four columns. 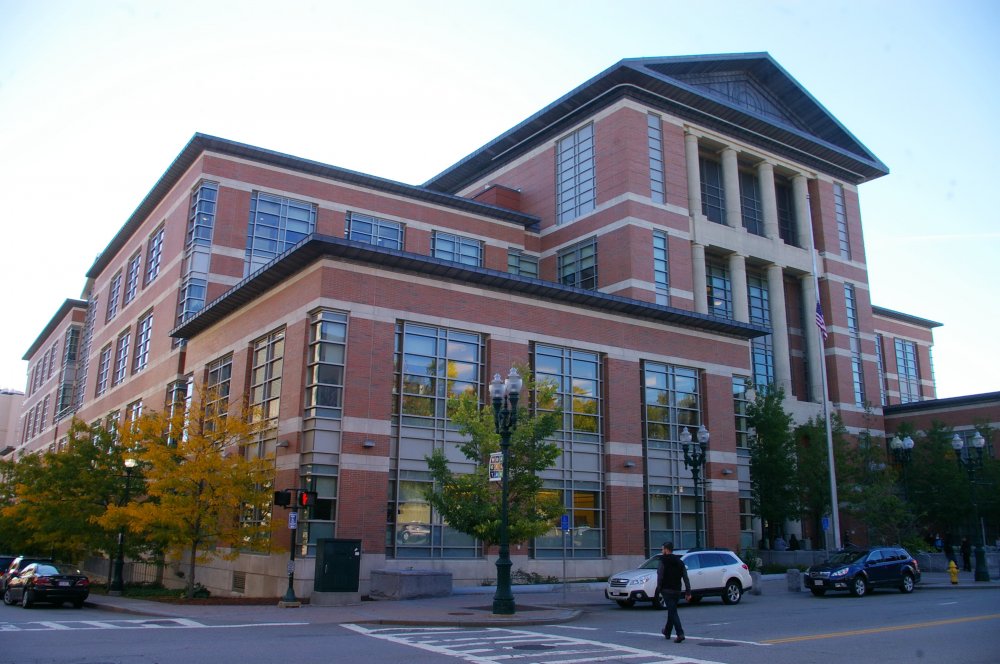 Description:  The building faces west and is a six story red colored brick, concrete and glass structure. The west front has a high six story section with entrance on the first story and four columns rising in sections to a pediment at the roof line. Behind the columns are recessed glass windows.  On the north and south, two story sections extend to the street. Behind these sections are four story wings with flat roof lines. 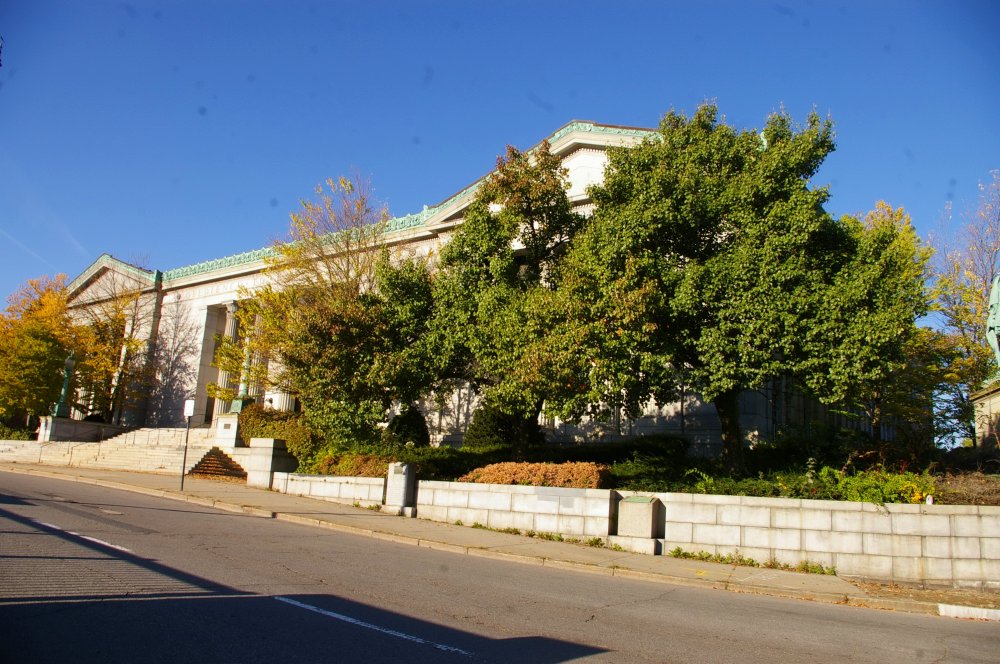 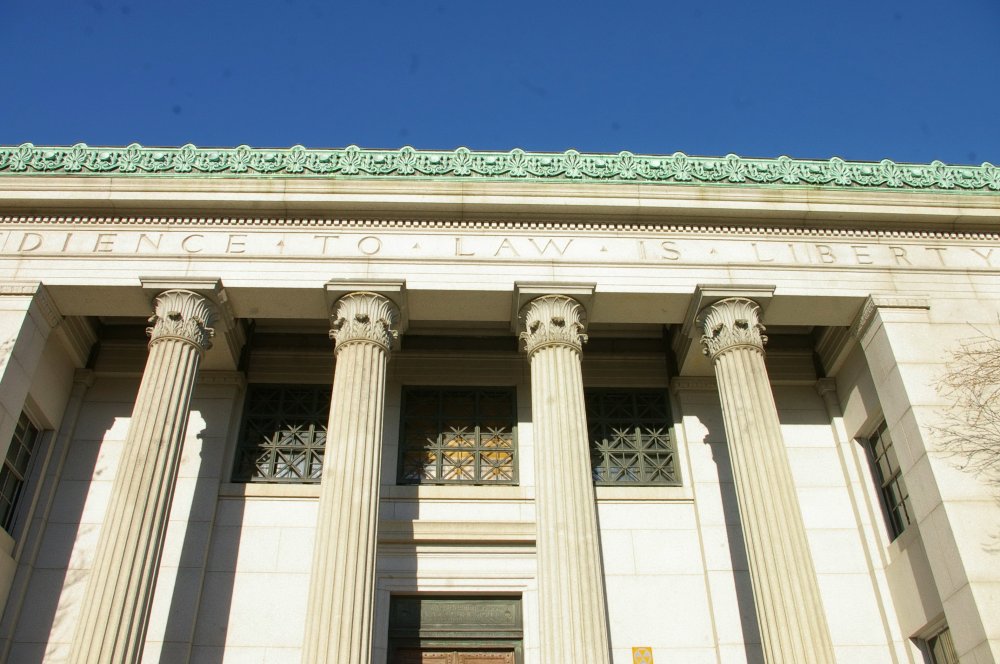 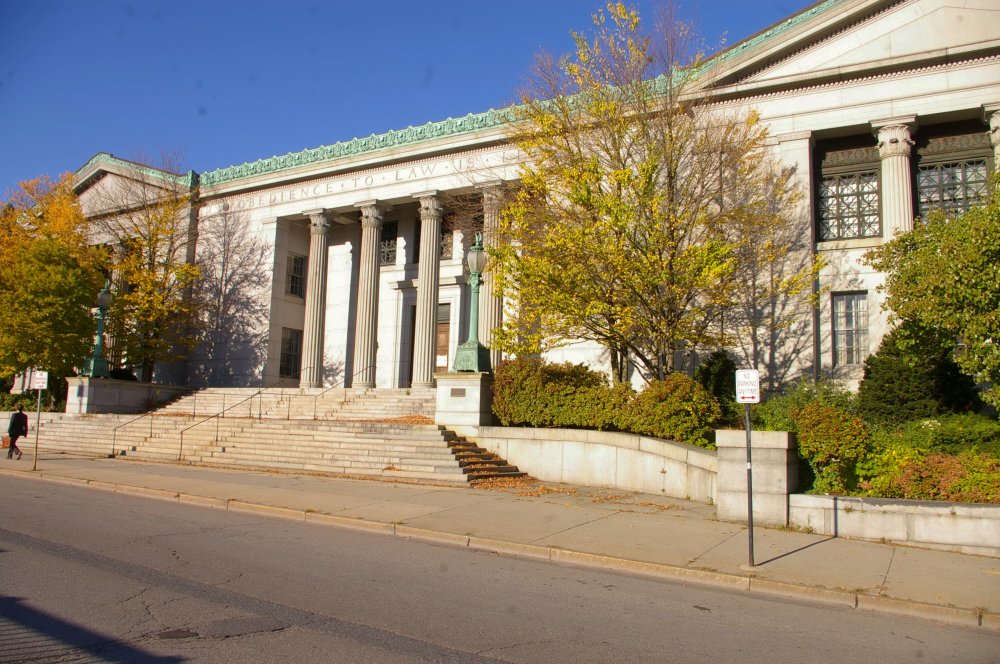 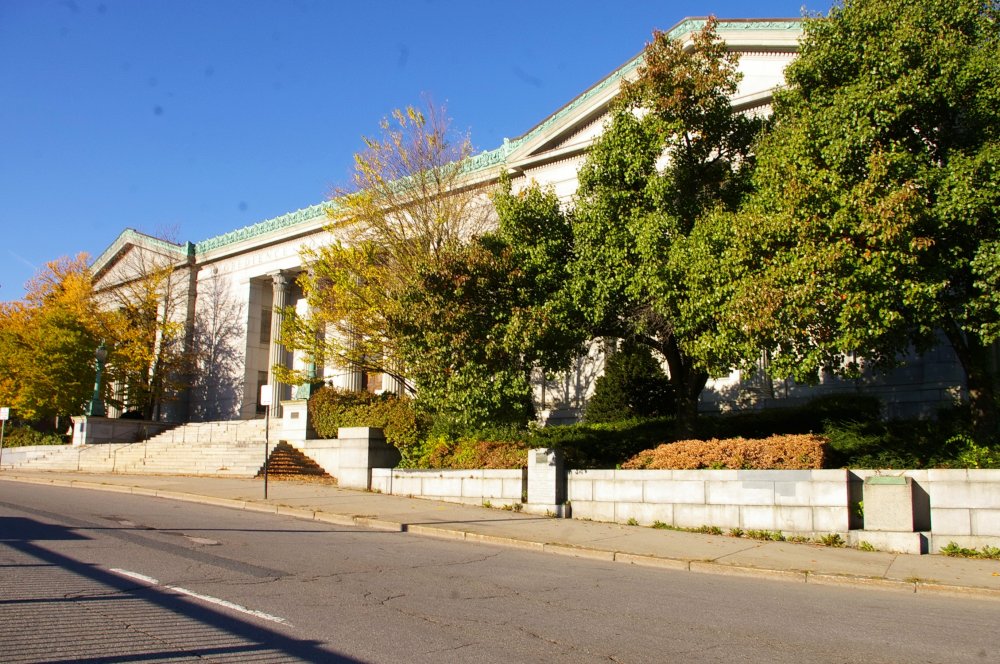 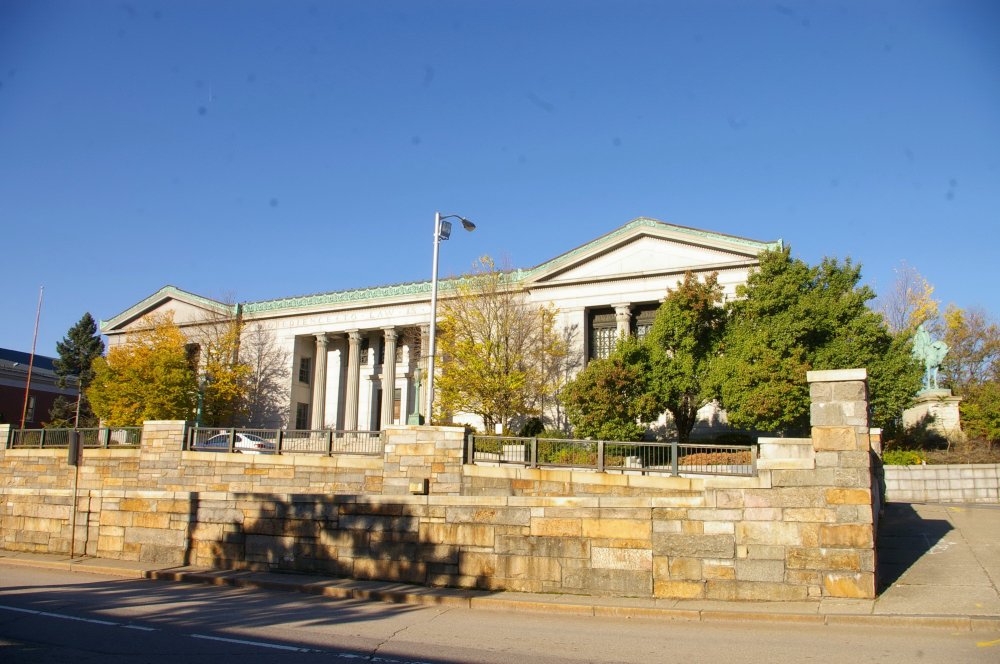 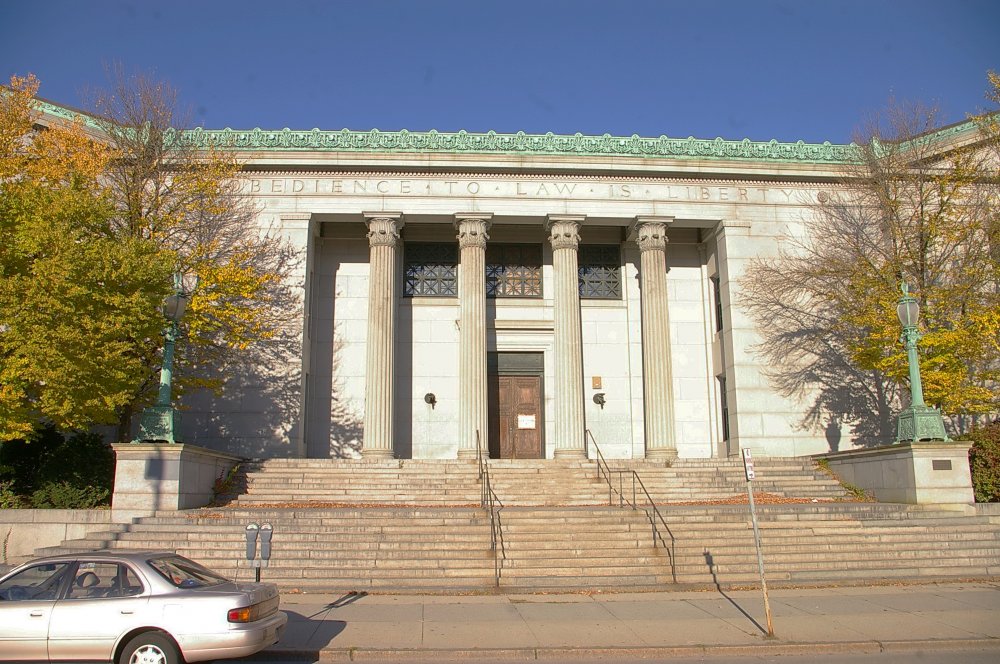 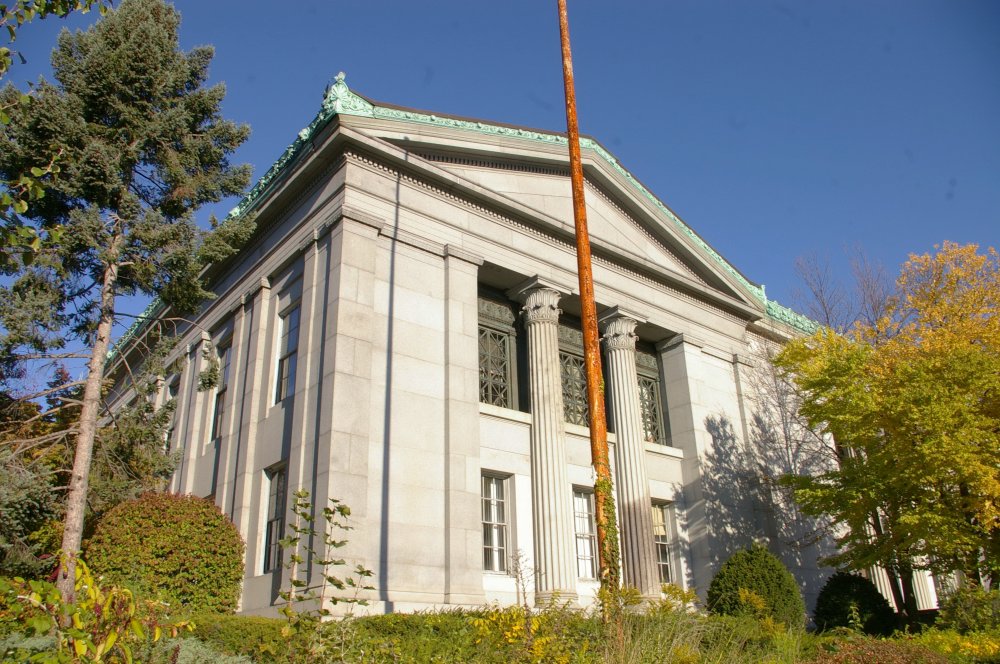 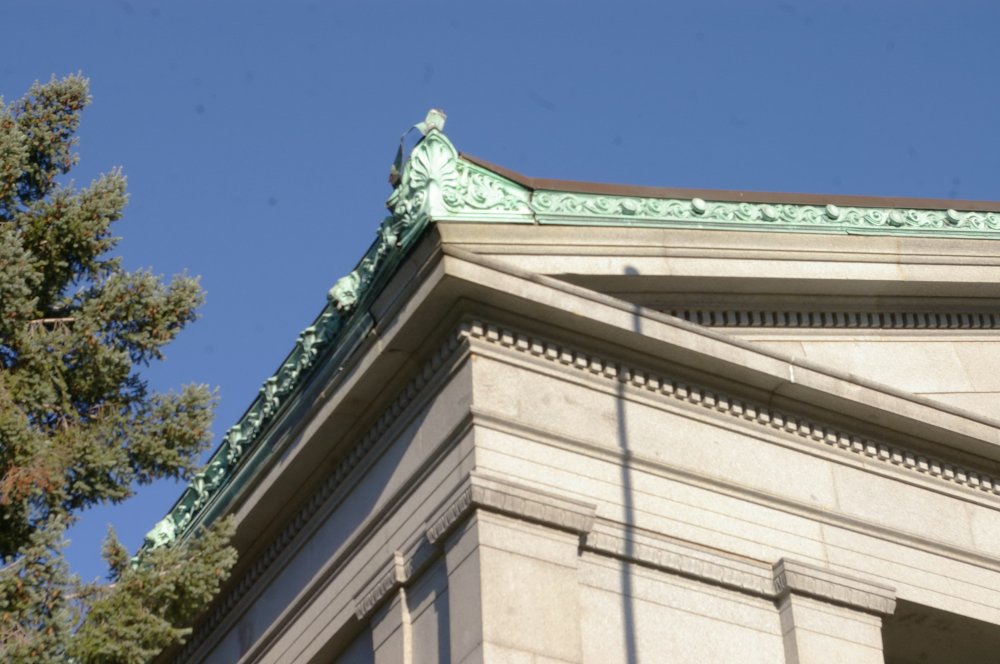 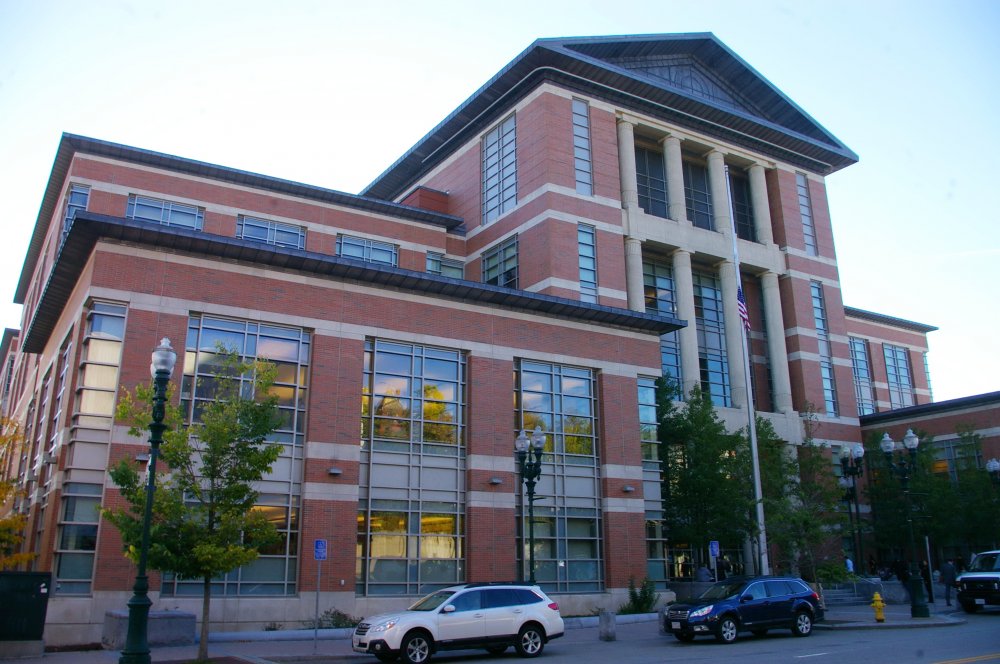 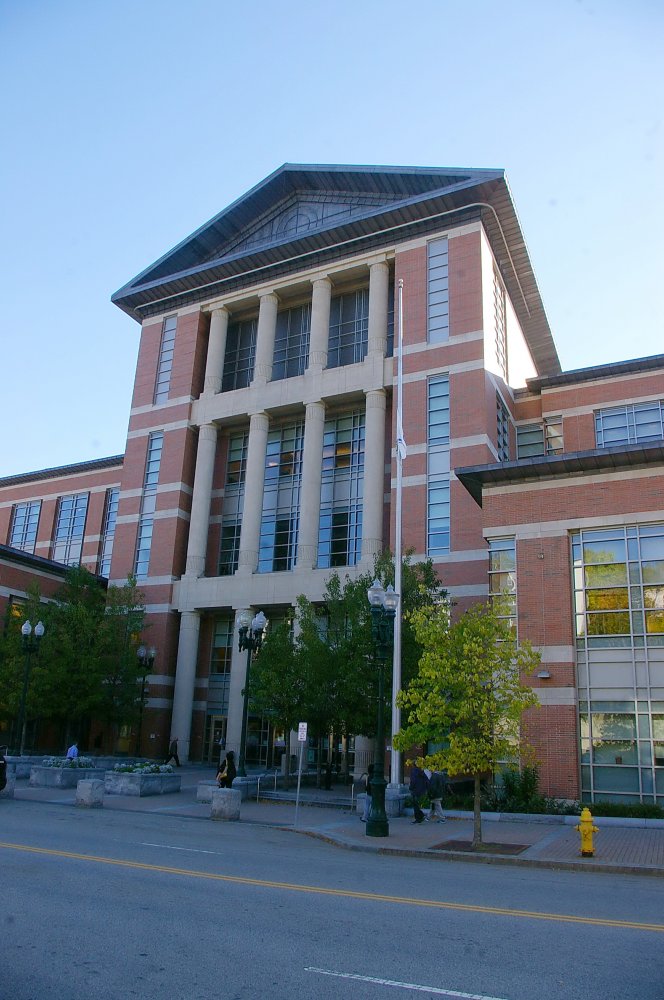 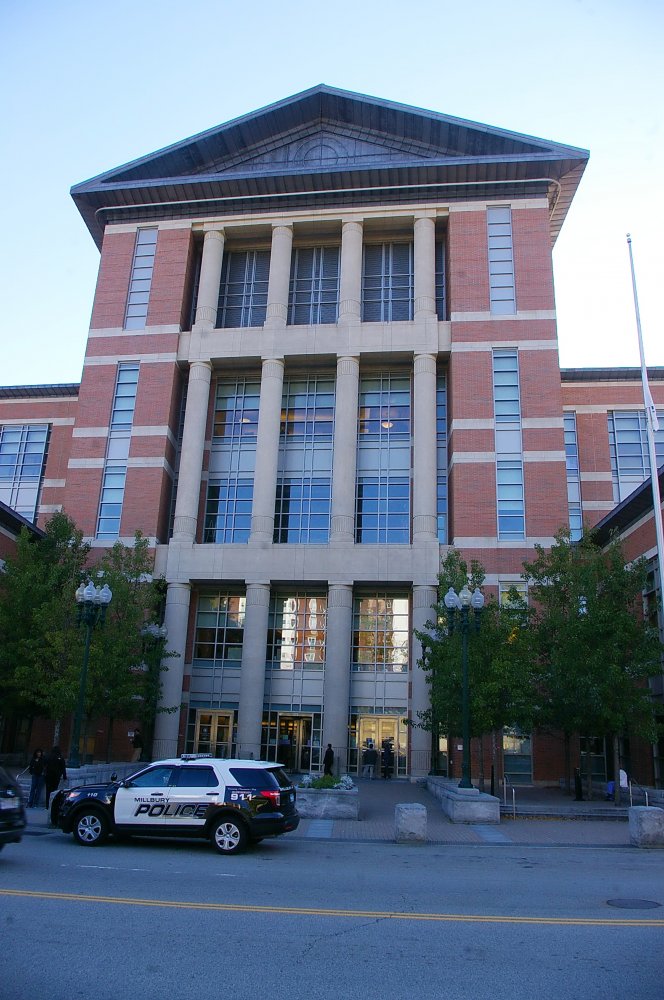 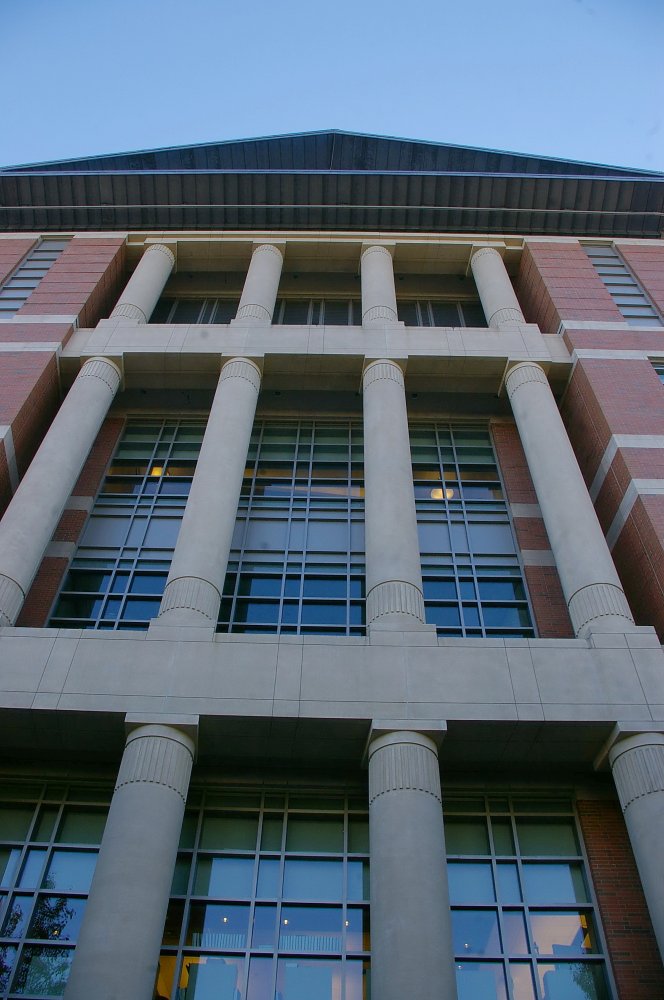