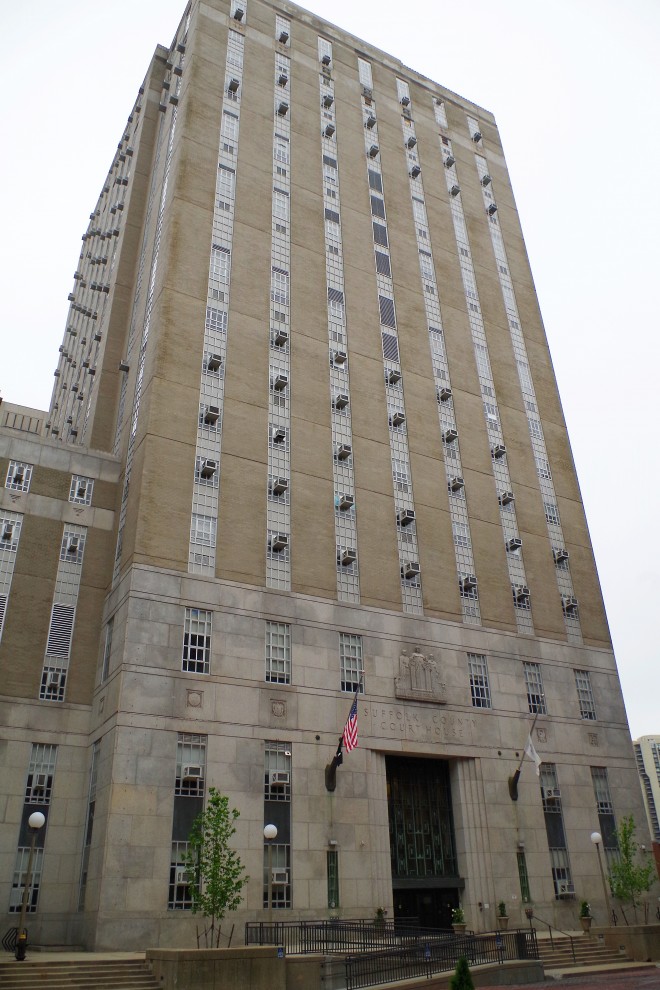 Suffolk County is named for the County of Suffolk in England.

Description:  The building faces east and is a nineteen story buff colored brick, stone and concrete structure. The building is located on the north side of the John Adams Courthouse. The east front has a stone framed entrance on the first story with grill-work above. Vertical; panels run below the windows. The roof line is flat. The building was renovated in 2006. The architect was Drummey Rosane Anderson and the contractor was W T Rich Company. 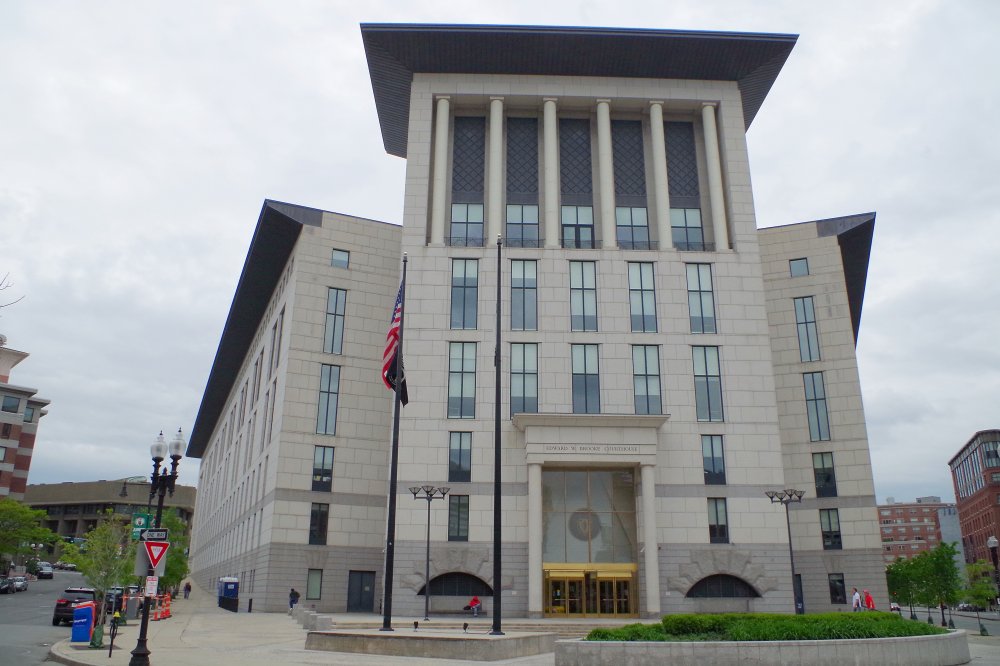 Description:  The building faces east and is an eight story concrete and glass structure. The east front has a high rectangular tower with recessed central entrance on the first story. At the top are six columns with recessed windows. The windows are verical. The roof line is flat with an extended roof on either side. The building houses the Juvenile Court, Boston Housing Court, Land Court and Suffolk Probate and Family Court and Suffolk County Registry of Deeds and is named as the Edward W Brooke Courthouse. The building was renovated in 2005. The architect was Helmuth Obata + Kassabaum and the contractor was Whiting Turner Construction.

Note:  Located in the county is the Massachusetts Supreme Court / Appeals Court. 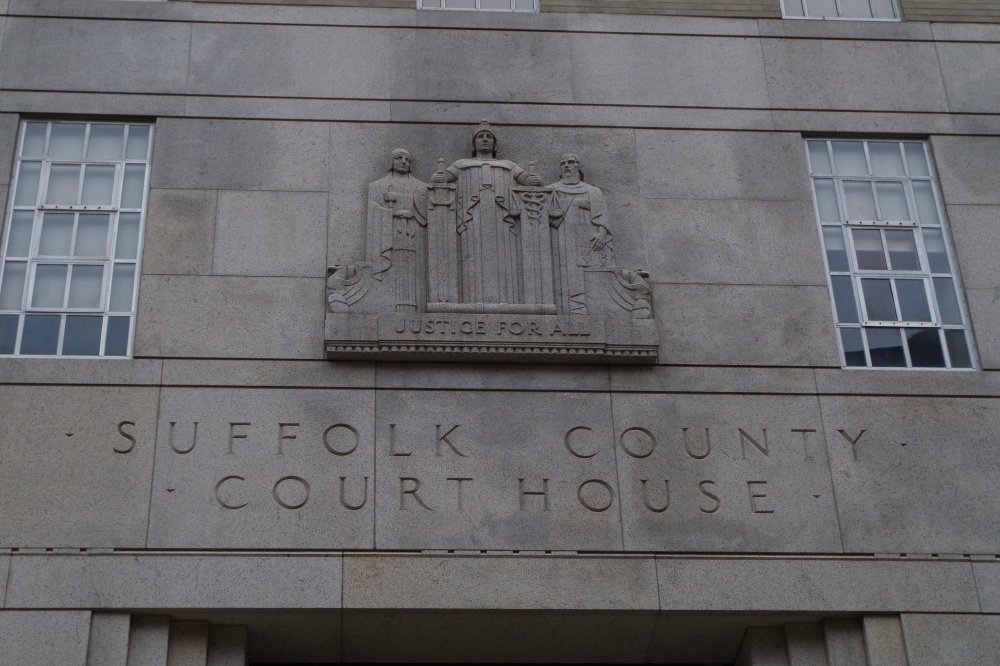 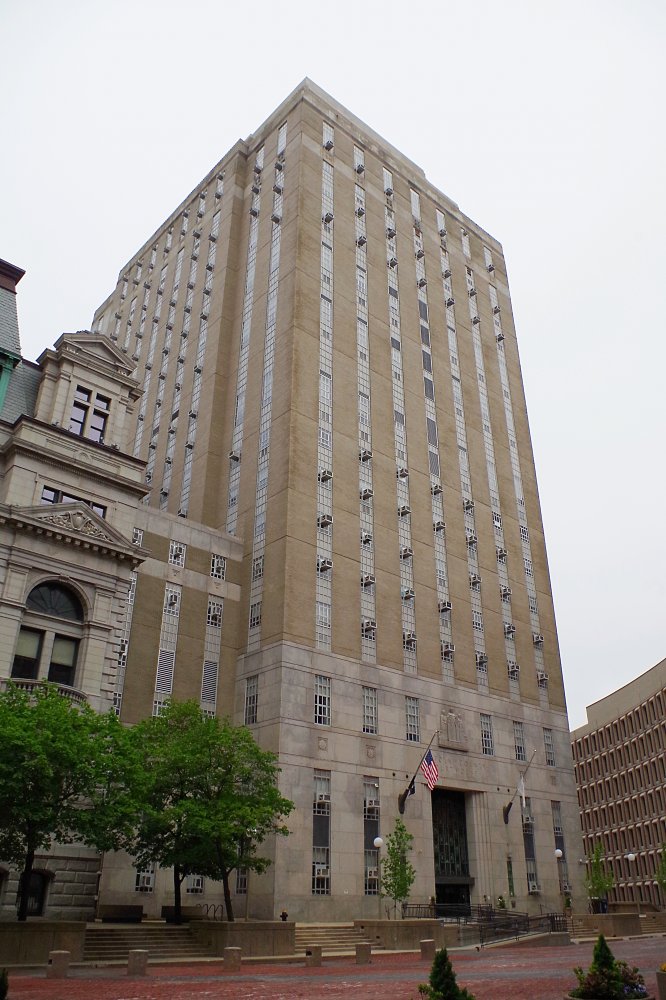 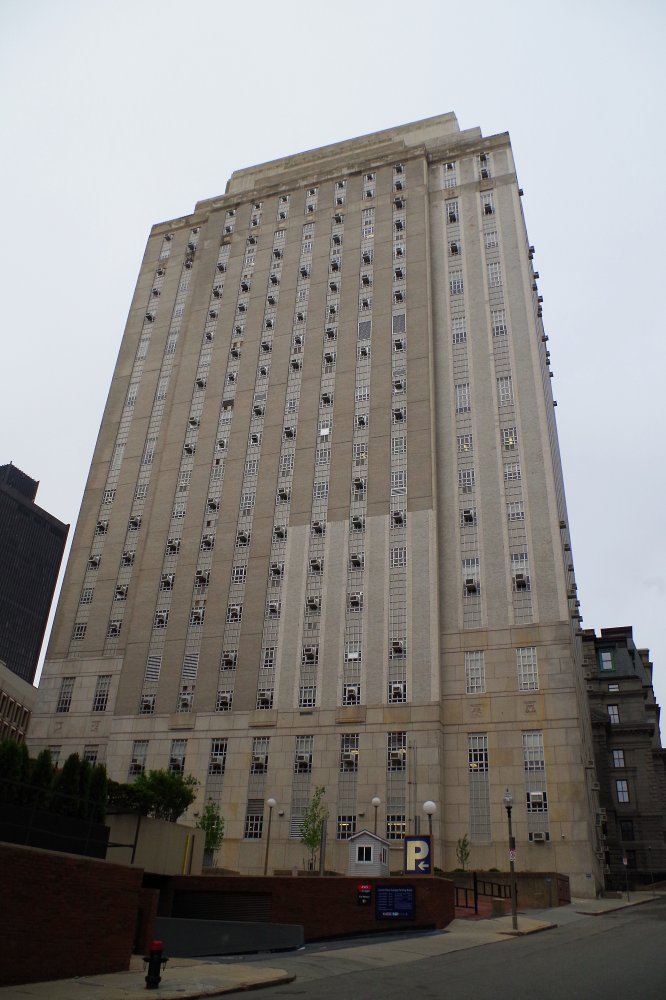 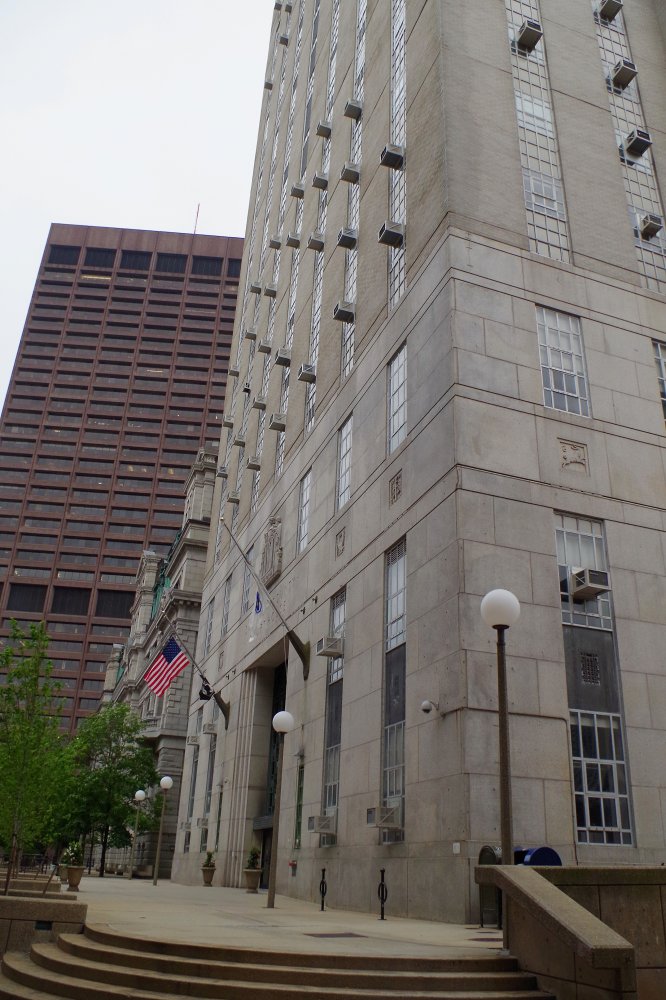 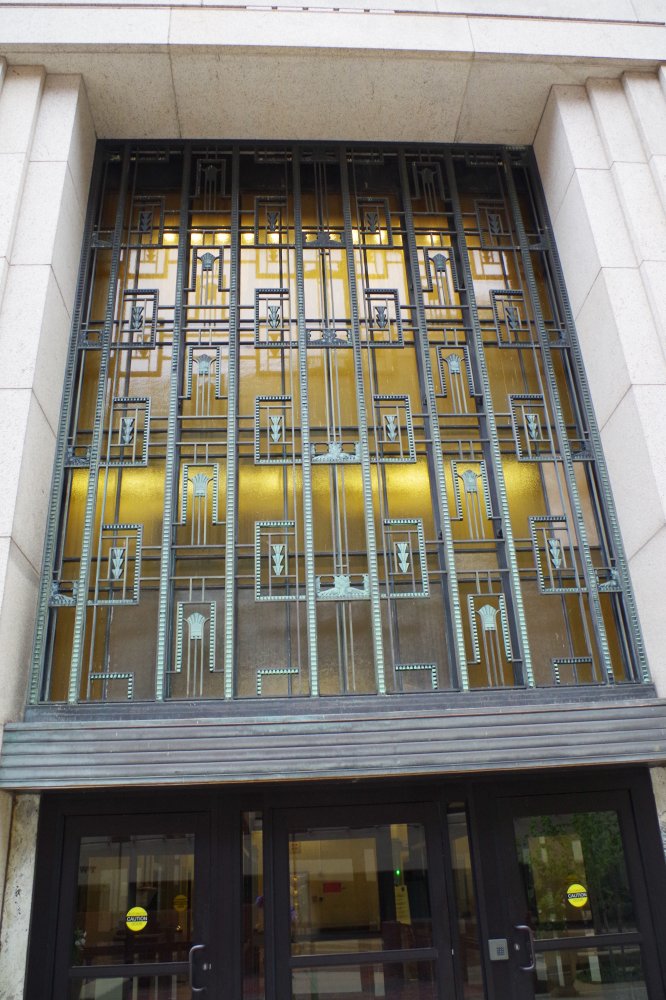 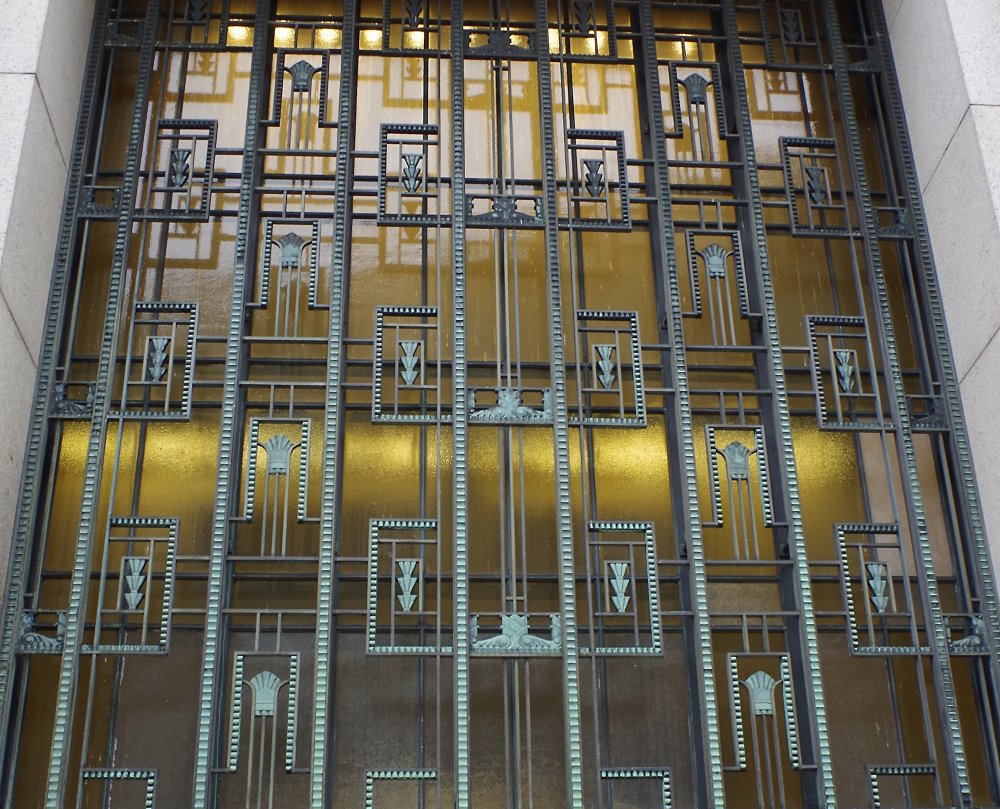 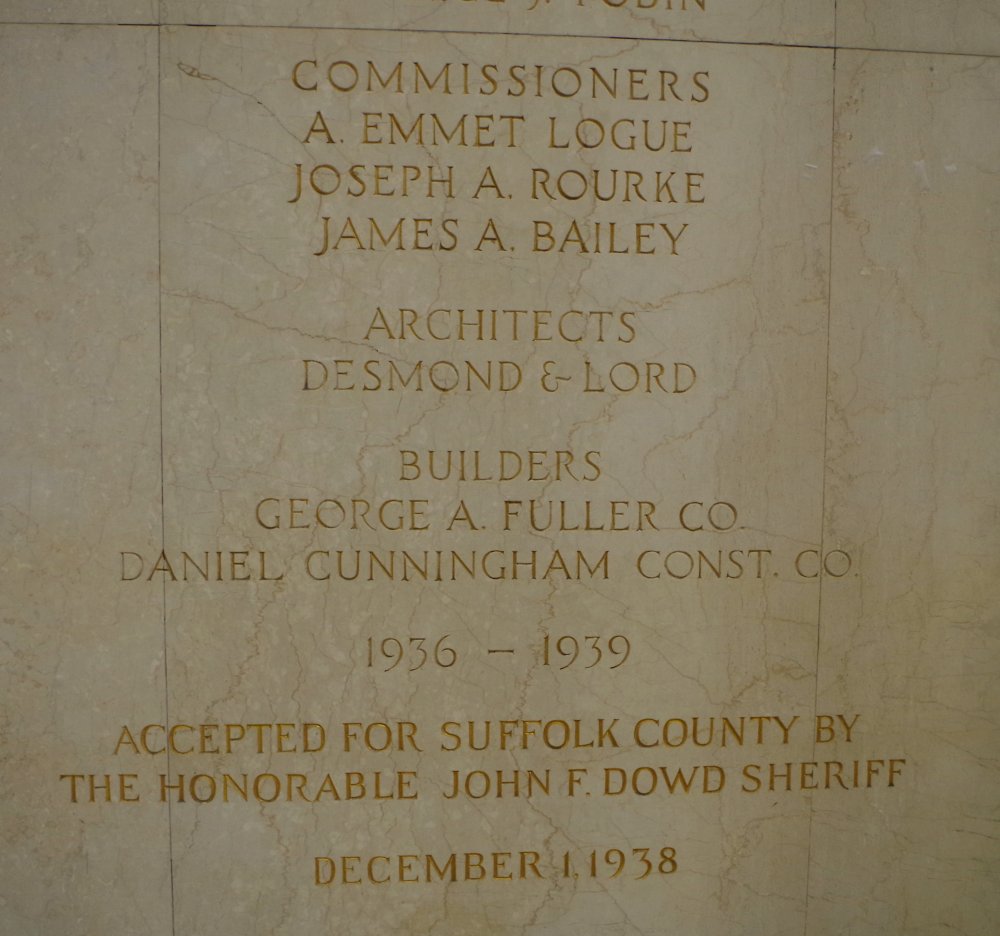 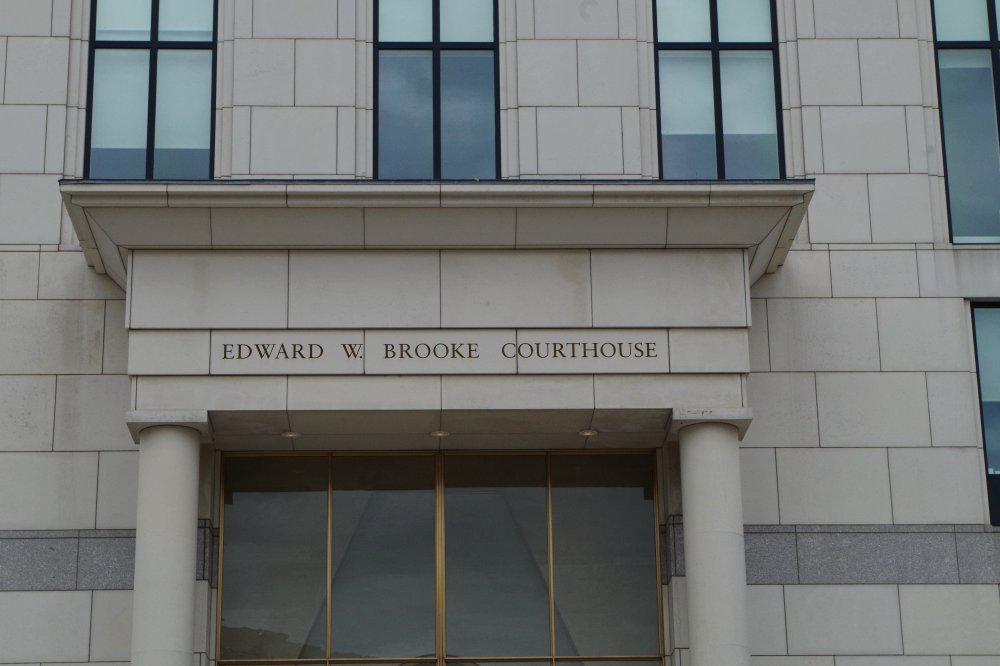 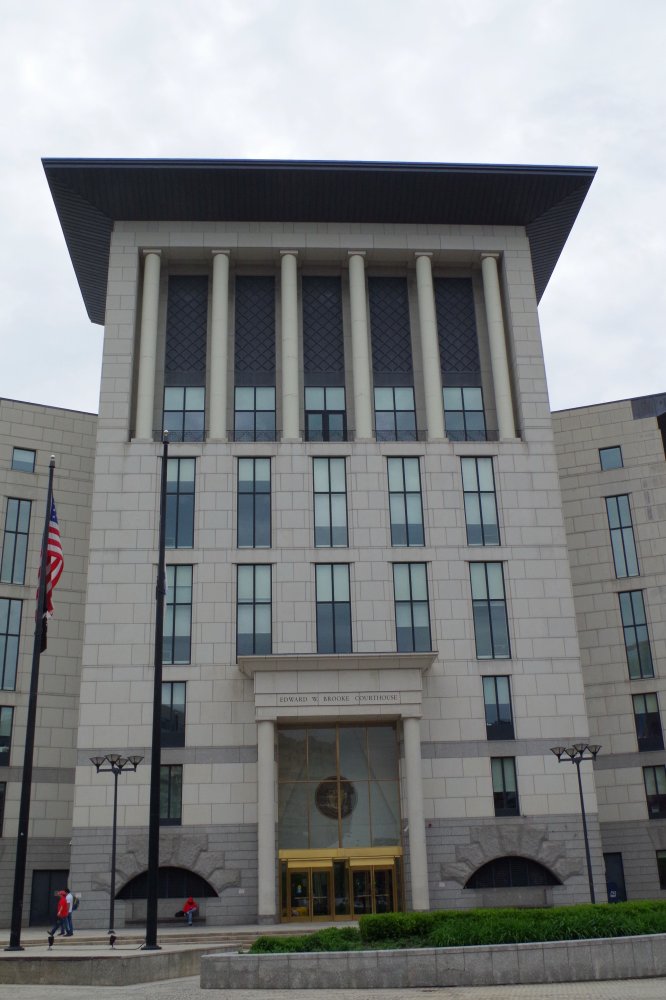 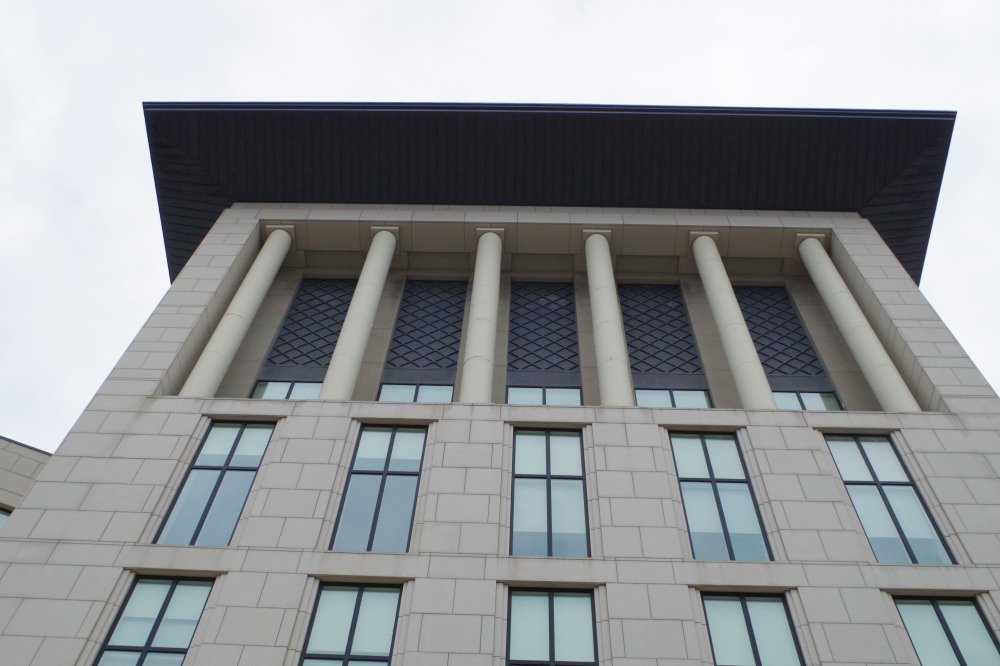 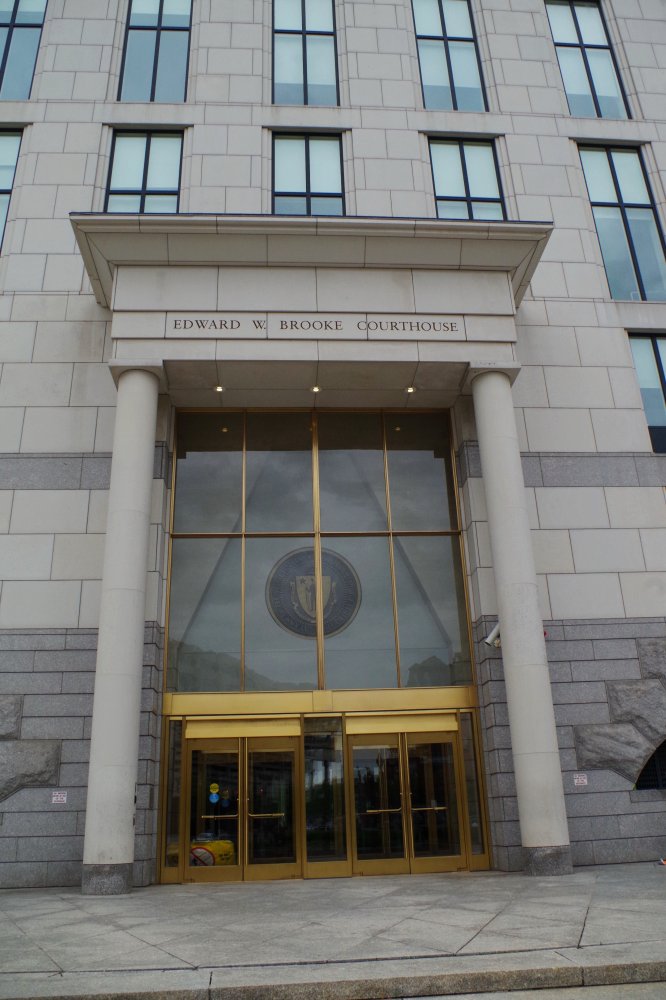 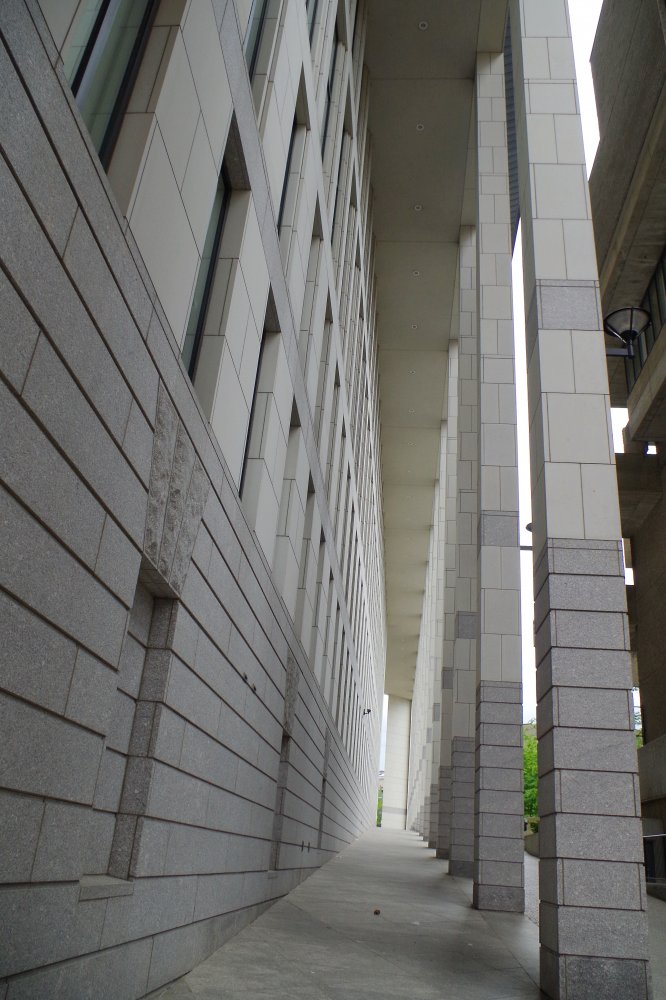 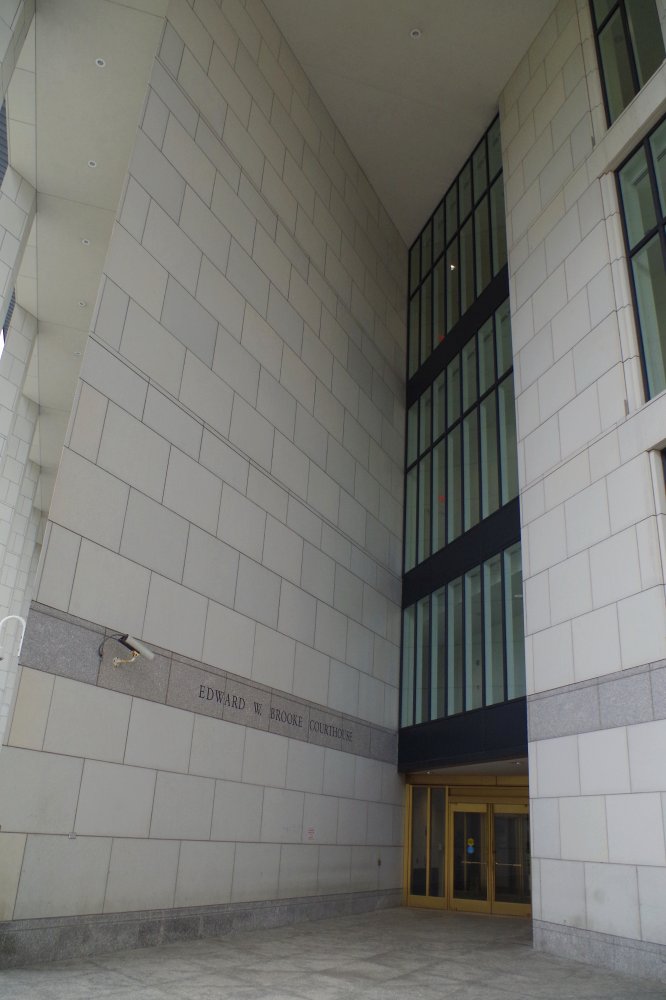 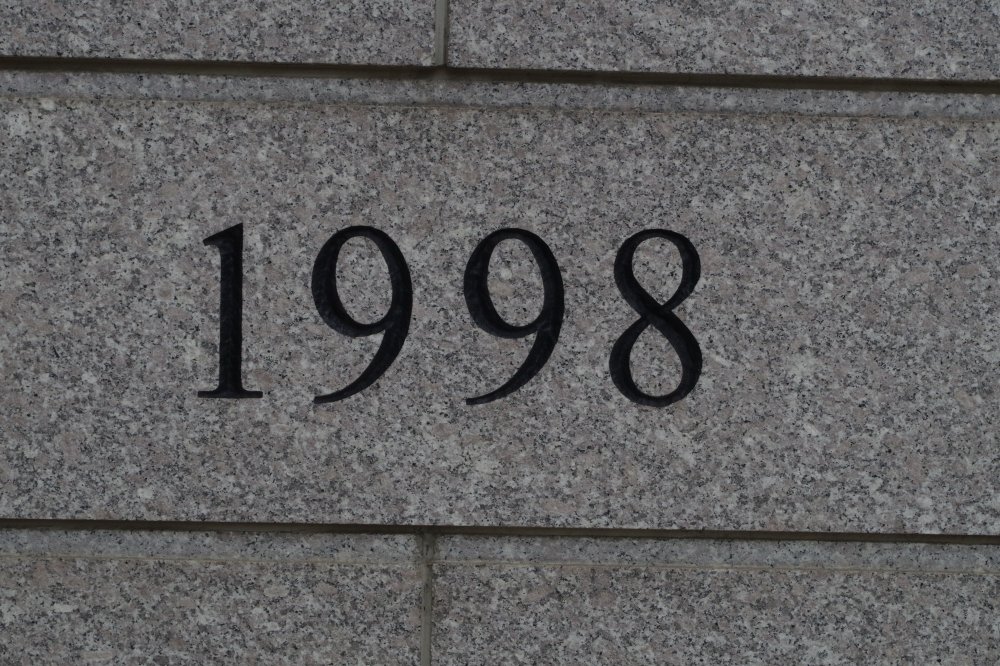