Norfolk County is named for the County of Norfolk in England.

Description:  The building faces north and is a two story gray colored granite stone structure. The building is located on landscaped grounds. The building is “H” shaped. The north front has a large central portico with four columns rising to a pediment at the roof line. On the roof is a a large dome.

Note:  The original portion of the courthouse was built in 1827 by a noted Bostonn builder, Solomon Willard. It was a basic rectangular granite-walled structure, with Greek-temple porticos at either end. In 1863 the building was enlarged, adding wings to the left and right of the north (main) facade, which are ornamented with corner pilasters, and were done with sensitivity to the original design. A dome was also added at that time; it would be replaced during further enlargements in the 1890s. Following plans developed by Gridley Bryant, the building was enlarged to its present H-shaped configuration, adding wings to the southern facade that matched those added in 1863 to the north. The 1863 dome was replaced at that time with the present one, and the interior of the building was given a decorative treatment with Greek motifs. 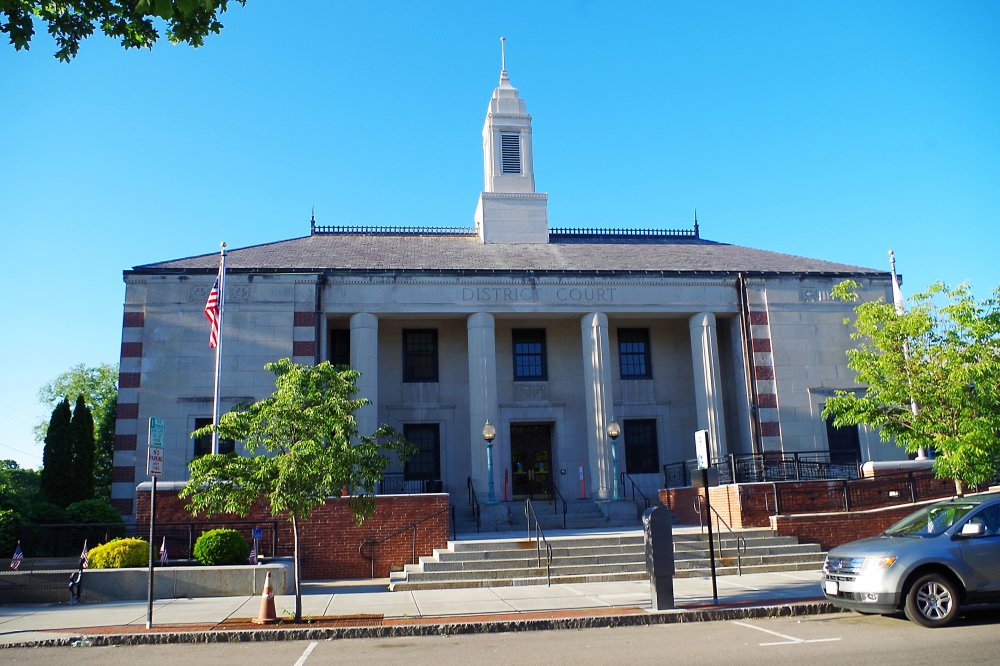 Description:  The building faces south and is a two story gray colored stone and red colored brick structure. The south front has a large porch with four columns rising to a header at the roof line. The recessed entrance is framed with stone. There is a brick ramp along the front.  At the center of the hipped roof is a tall square white colored pointed cupola. The building houses the District Court. 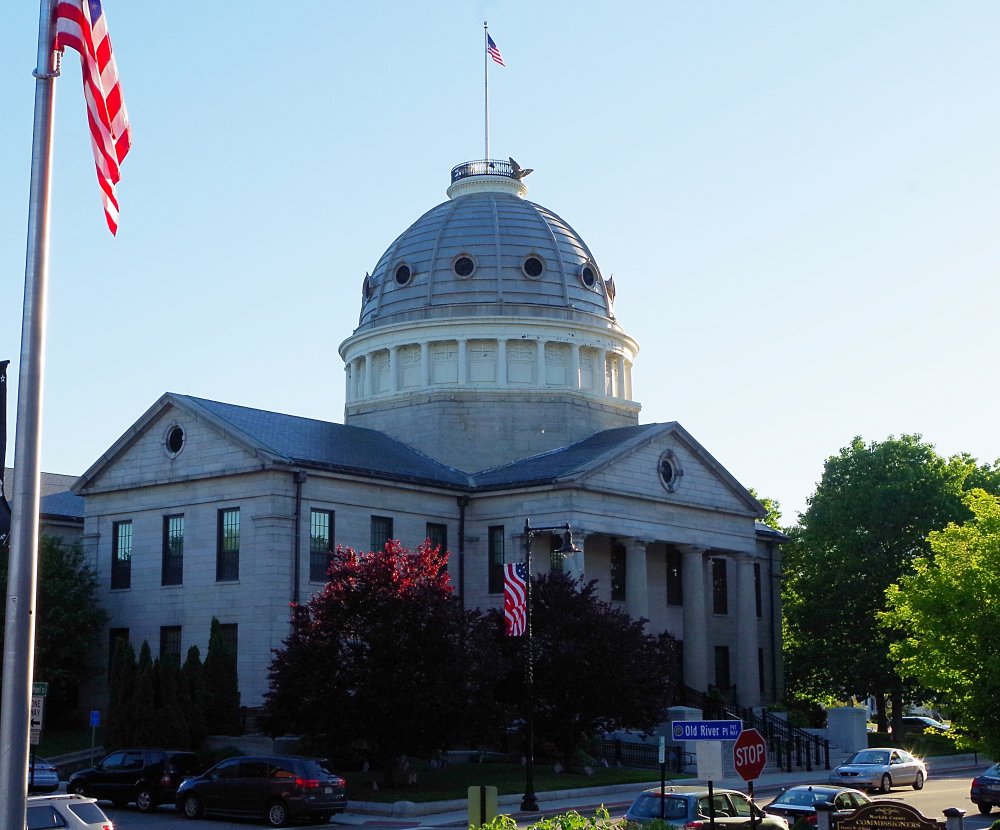 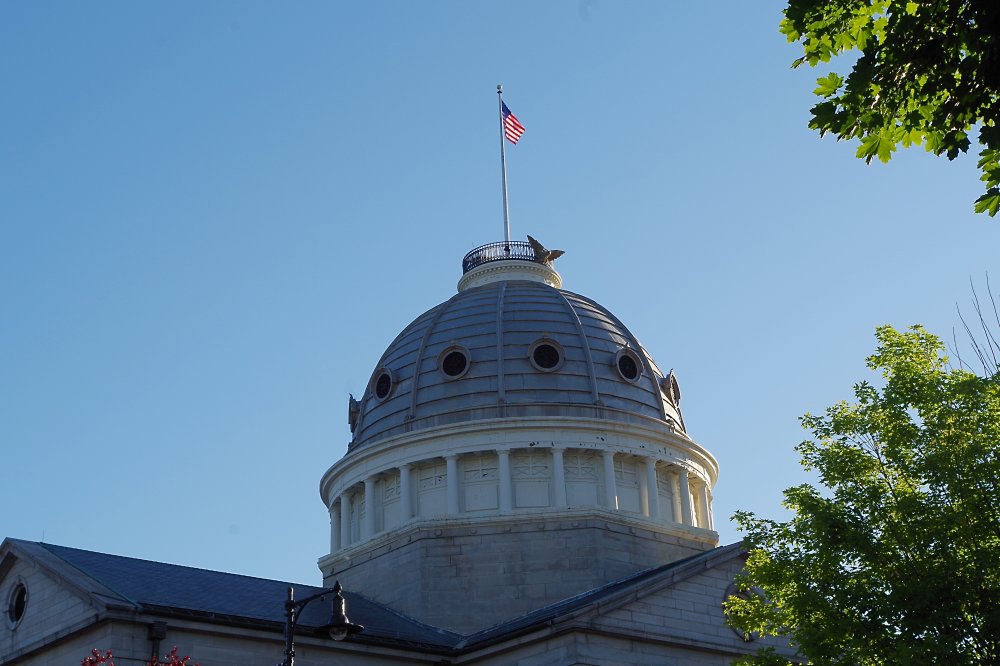 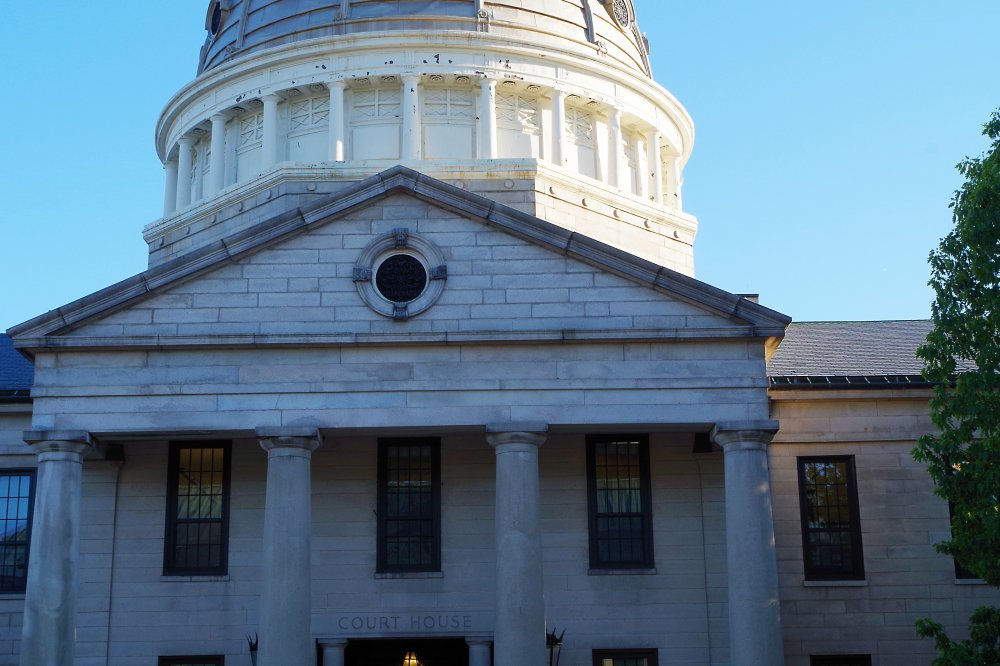 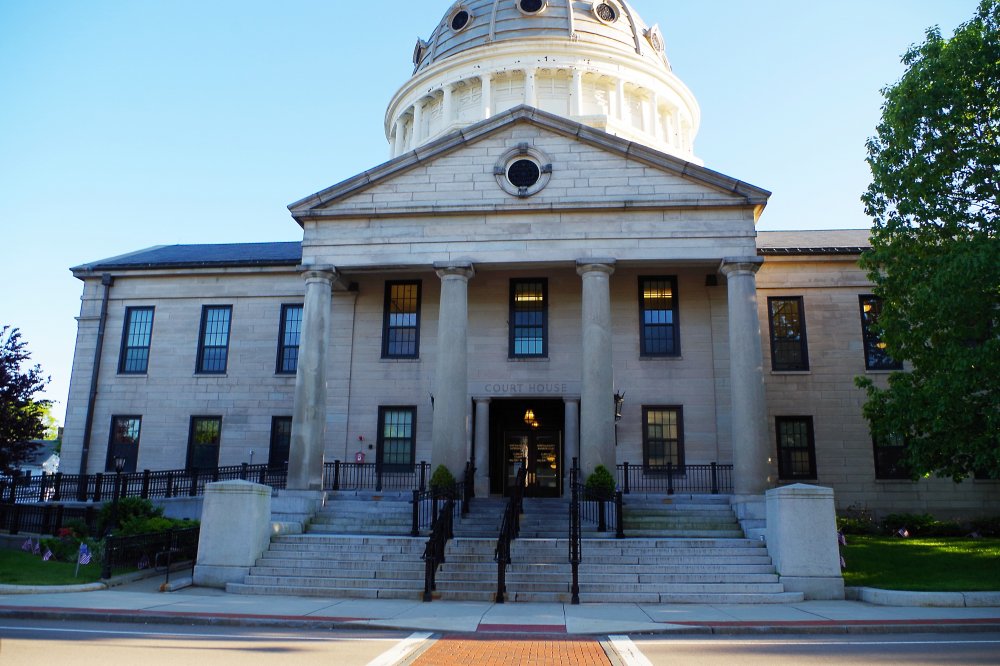 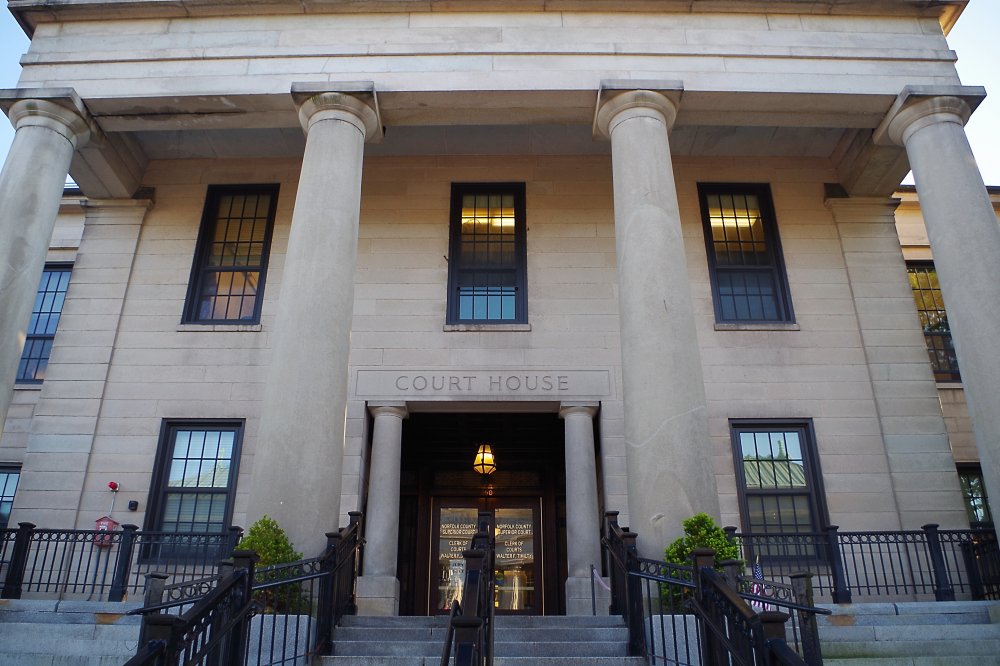 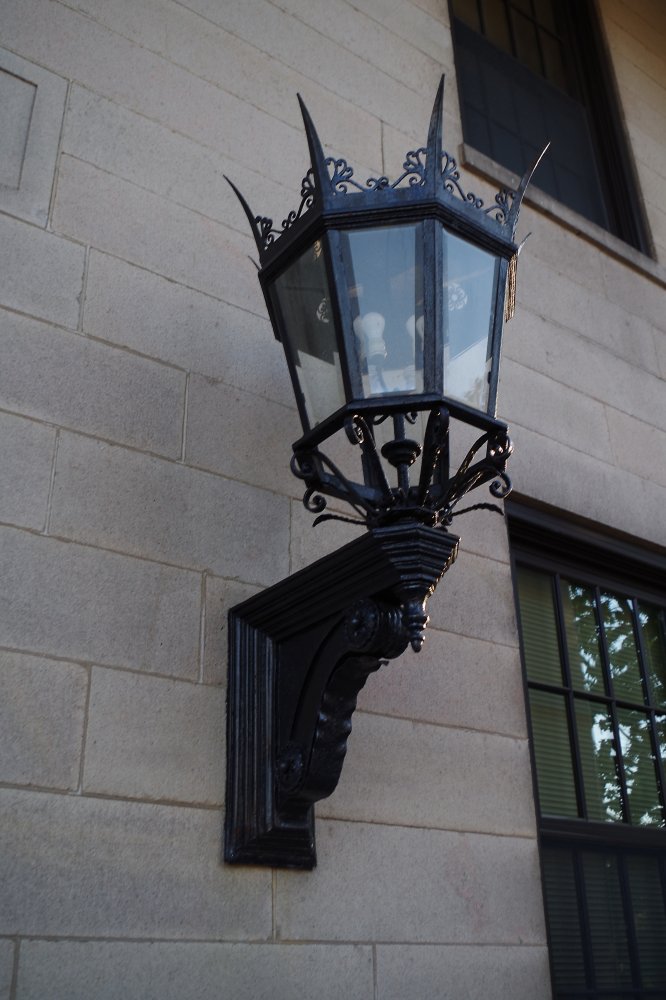 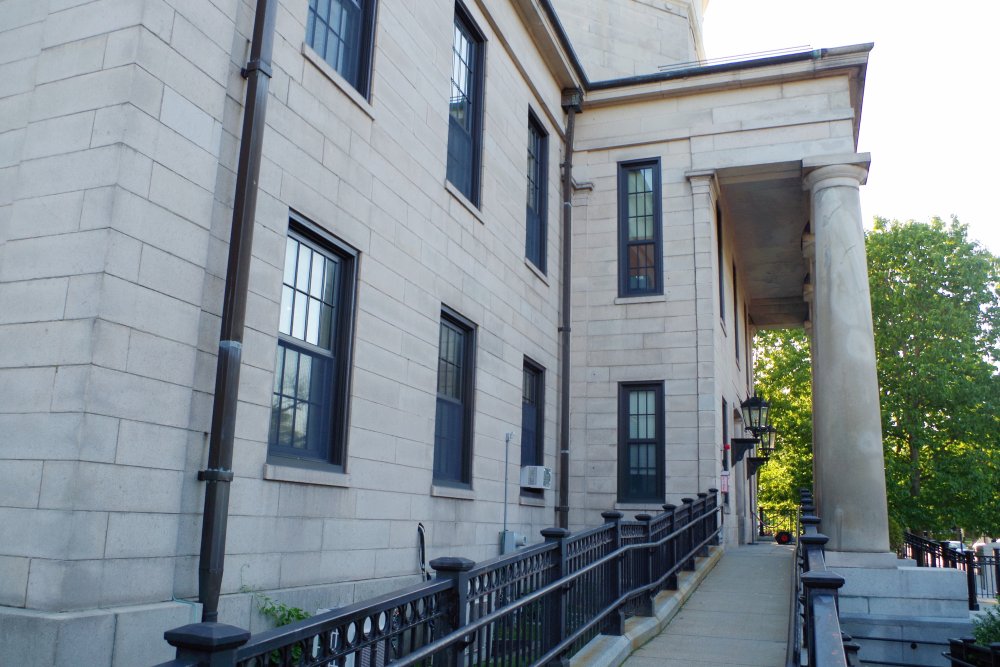 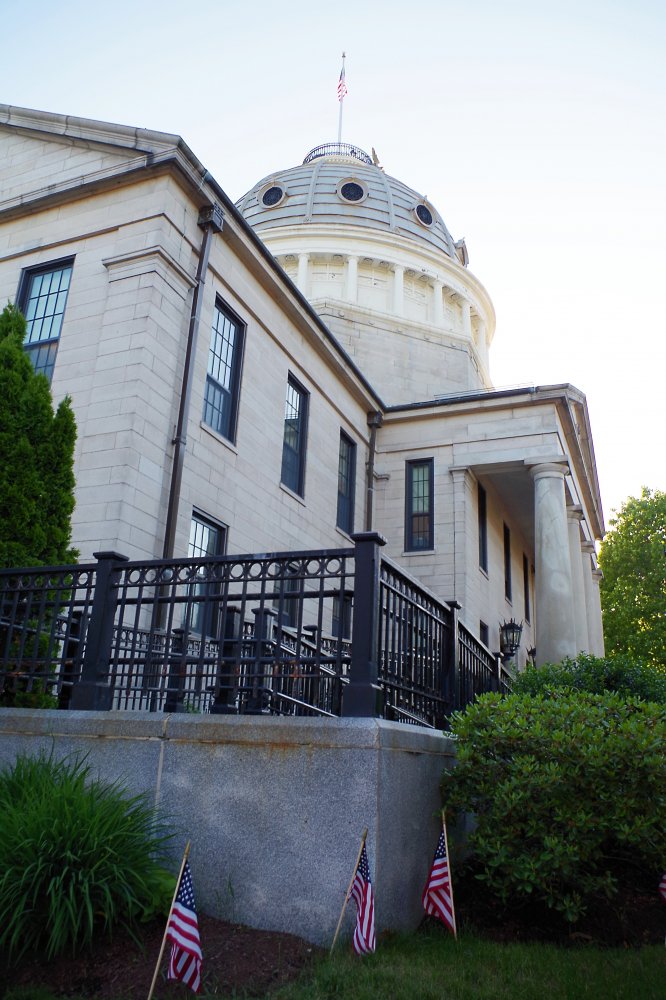 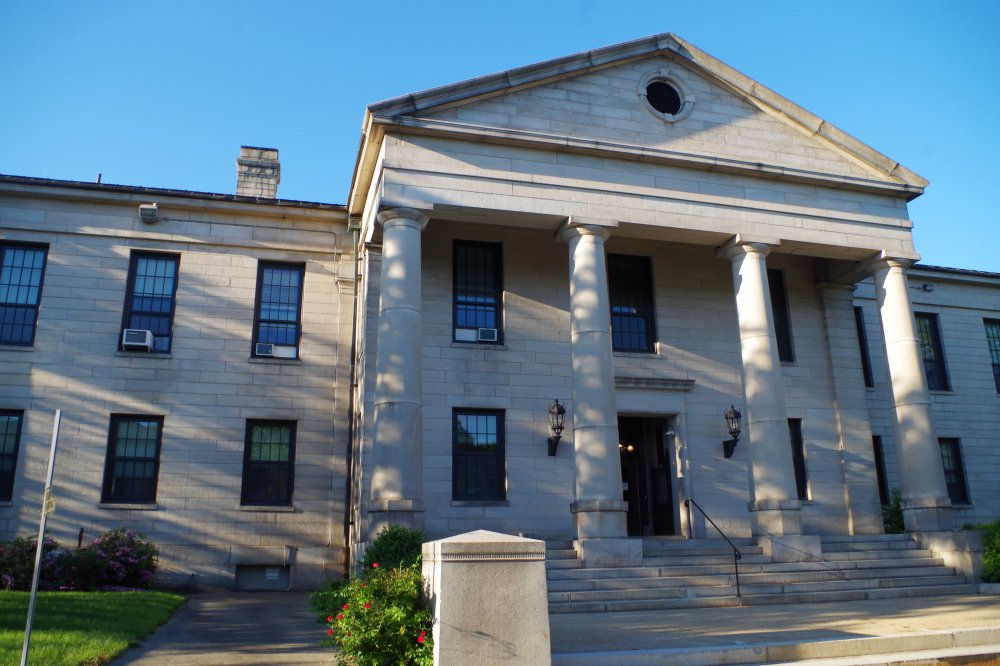 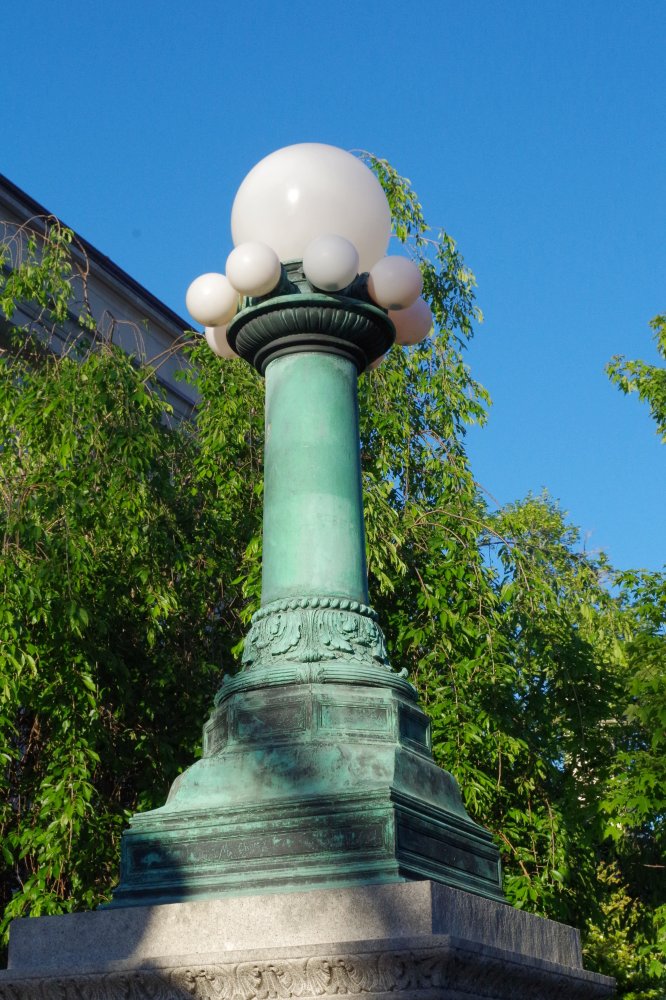 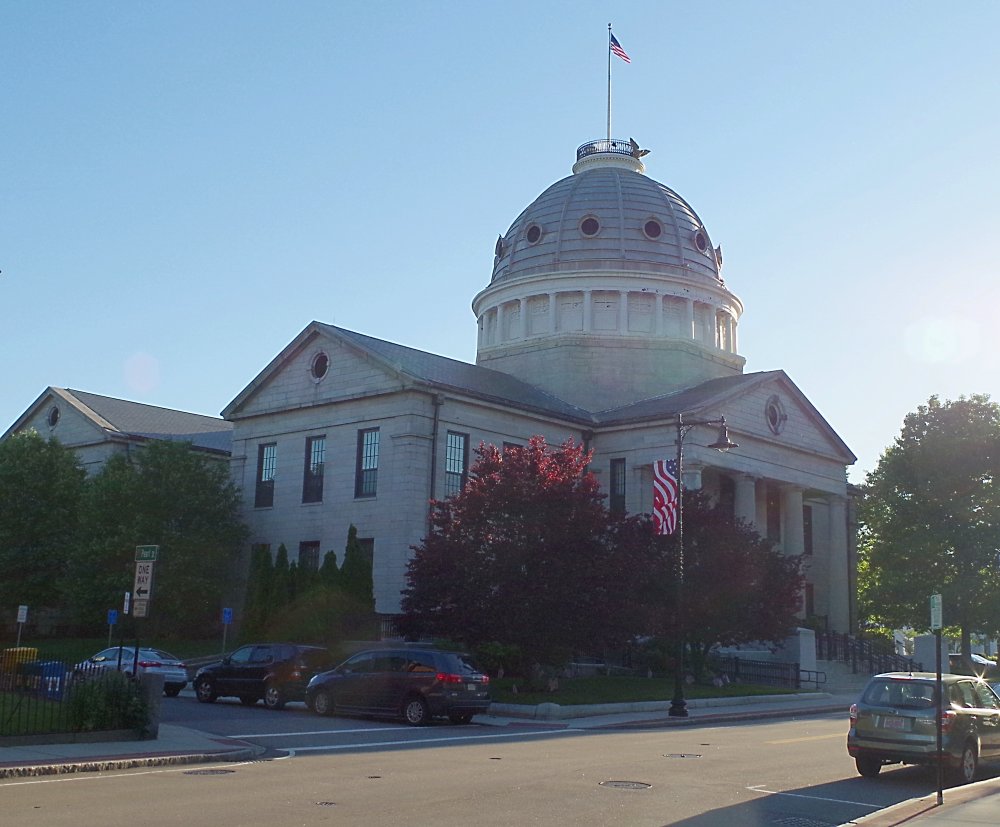 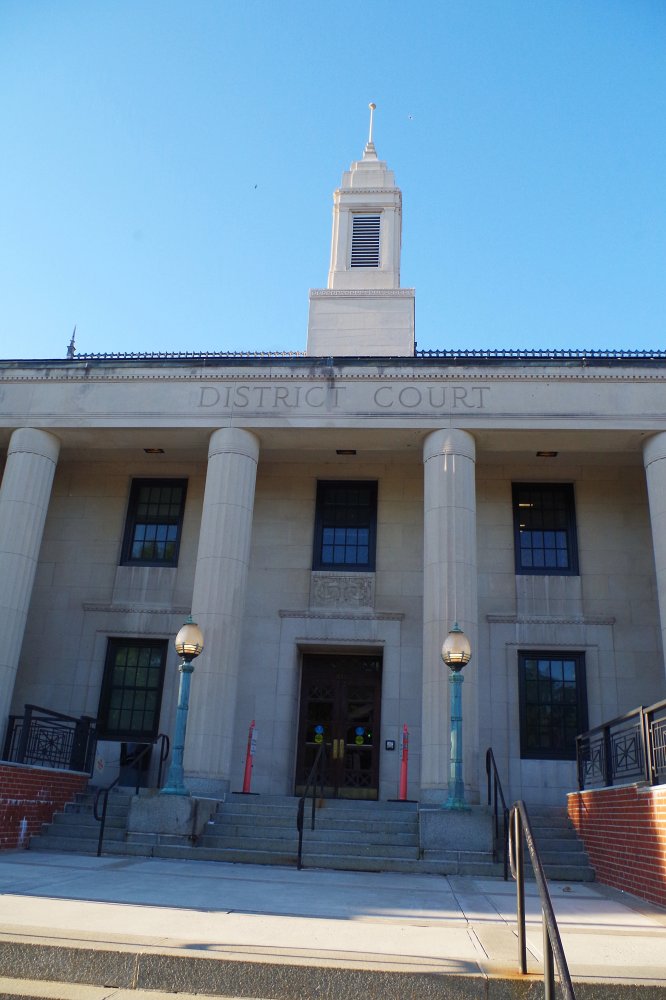