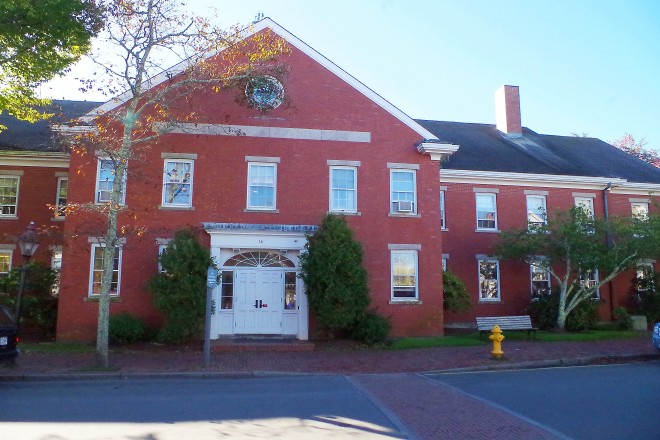 Nantucket County is named for the town of Nantucket which name is derived from a Wampanoag word meaning “place of peace”.

Description:  The building faces north and is a two story red colored brick and concrete structure. The north front has a projecting center section with central entrance on the first story with white colored wood framing and wide fan light. There are east and west wings. The courtroom is located on the second story on the above the entrance. The roof is hipped with a white colored octagonal cupola at the center of the roof.. Description:  The building faces south and is a three story red colored brick and wood structure. The south front has a central entrance on the first story. The west side has an entrance and white colored pilasters with a horizontal band at the top of the first story. The roof is hipped with a flag platform at the east side. The building housed the county offices until 1965.