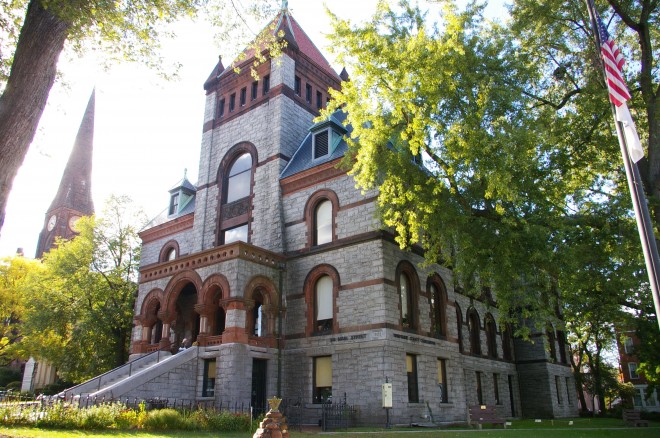 Hampshire County is named for the County of Hampshire in England.

Description:  The building faces southeast and is a three story gray colored course stone  structure. The southeast front has a one story portico with arches on the second story with descending stairs. A horizontal band runs between the first and second stories. On the third story is a largw arched window and rises to a tower with steep red colored roof. The second and third story windows are arched. The hipped roof has dormers. The courthouse is connected on the northwest side to the red colored brick Hall of Records built in 1931. The connecting structure was built in 1976. The architect was Drummey Rosane Anderson and the contractor was Aquadro & Cerruti Inc. In the connecting structure is a large mural from the former Post Office. 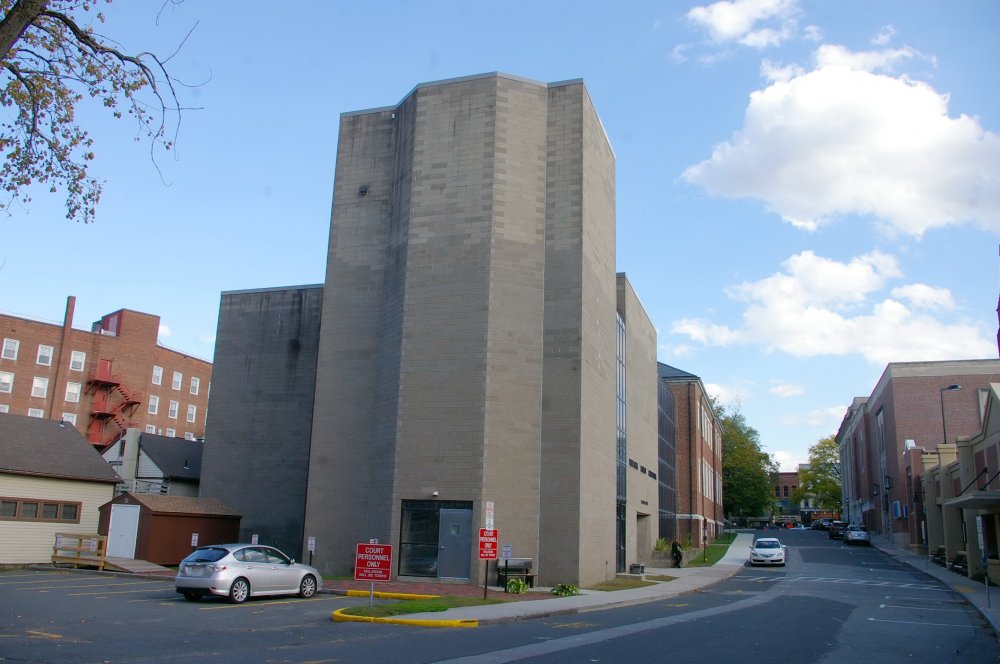 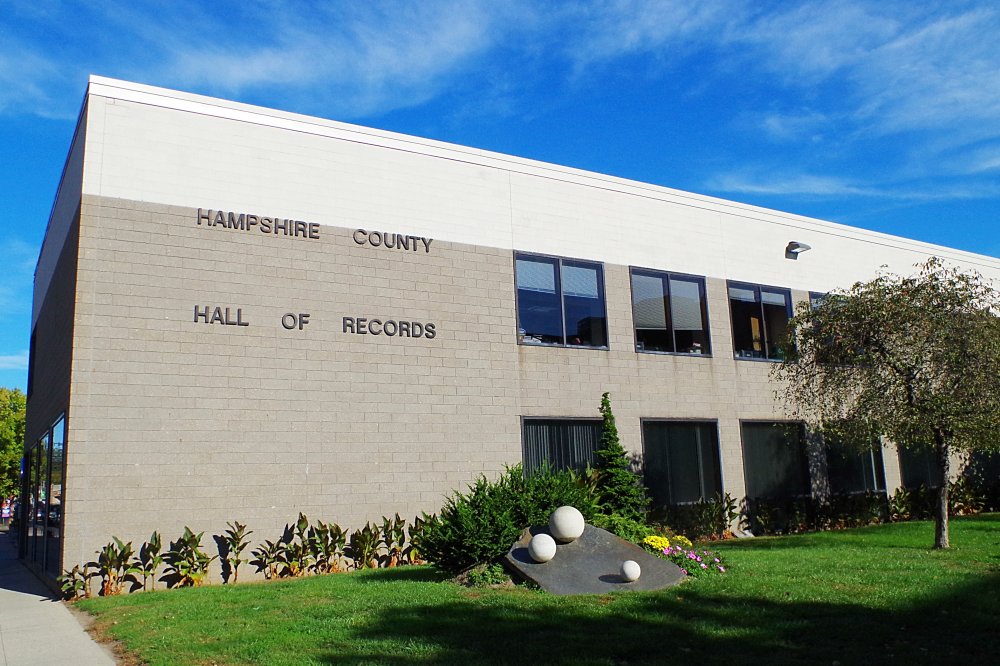 Description:  The building faces southeast and is a two story buff colored brick and concrete structure. The building is located on landscaped grounds across from the courthouse and “L” shaped with a north wing and east wing. The roof line is flat. The building houses the Probate Court. 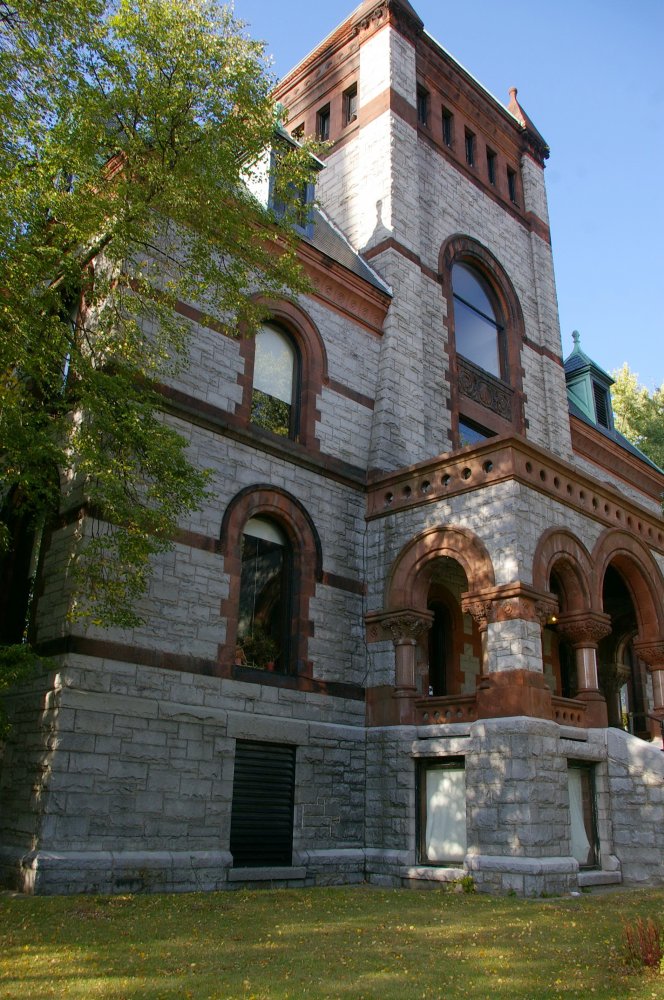 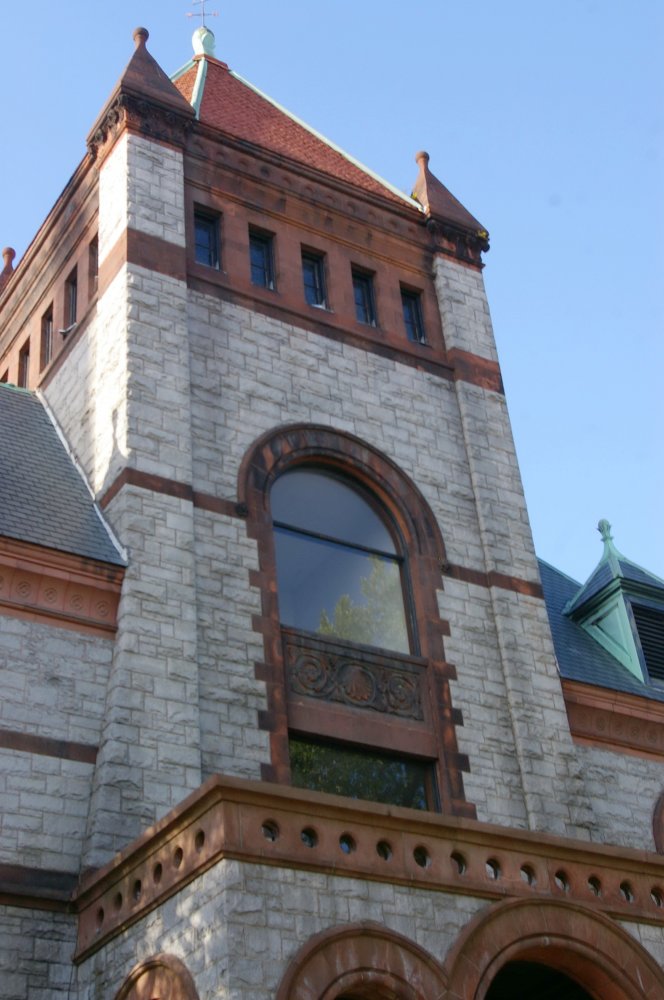 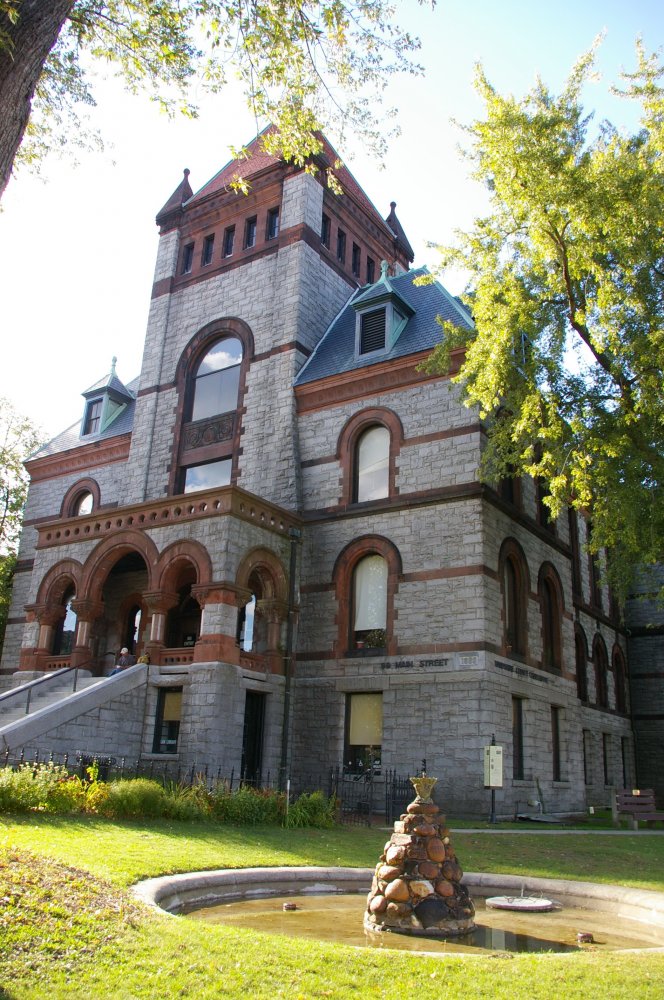 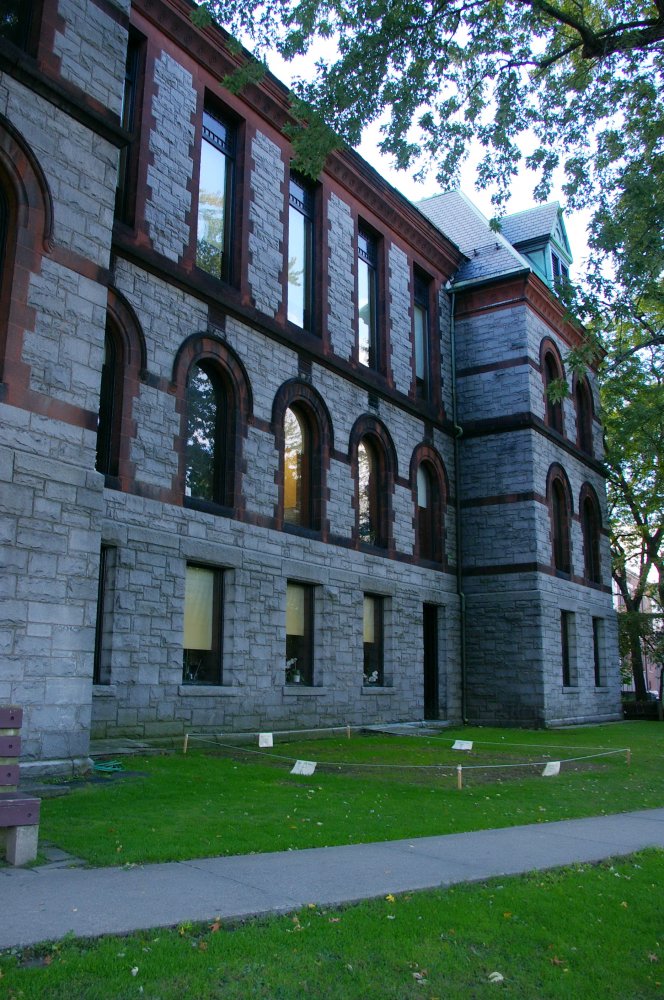 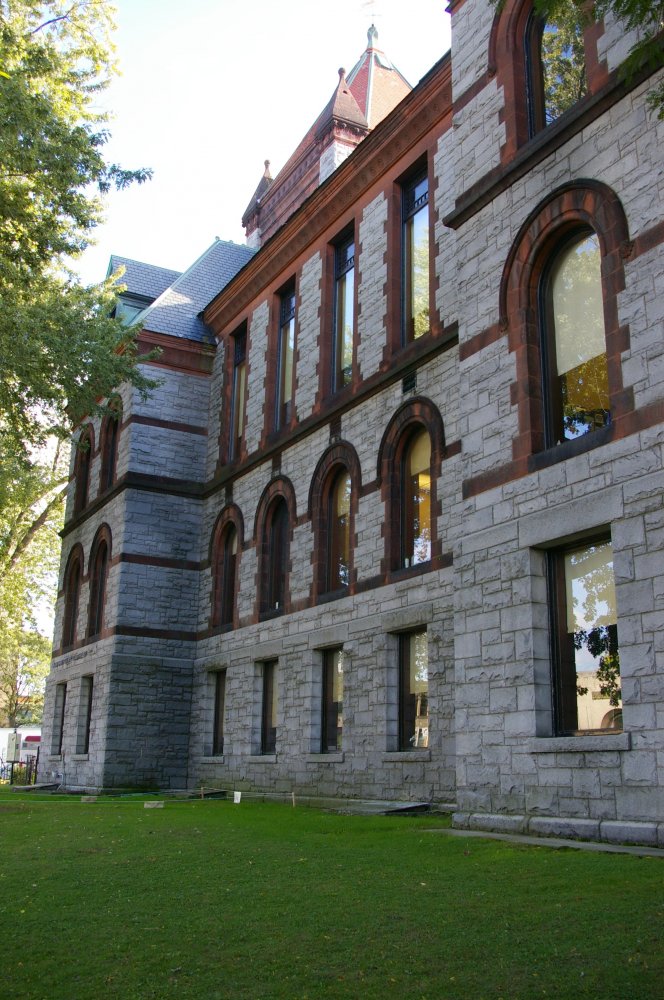 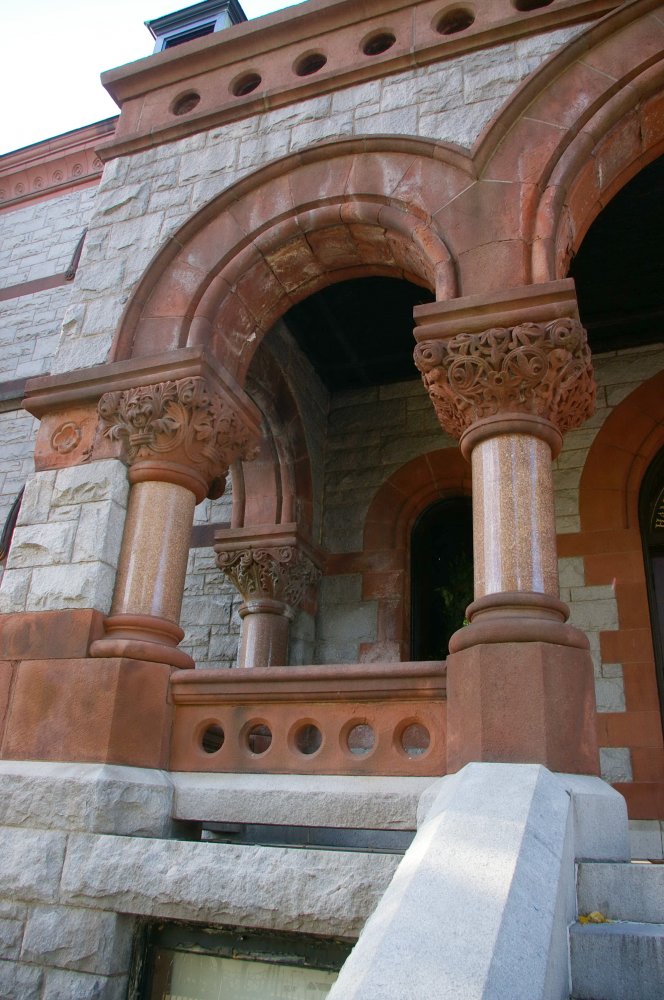 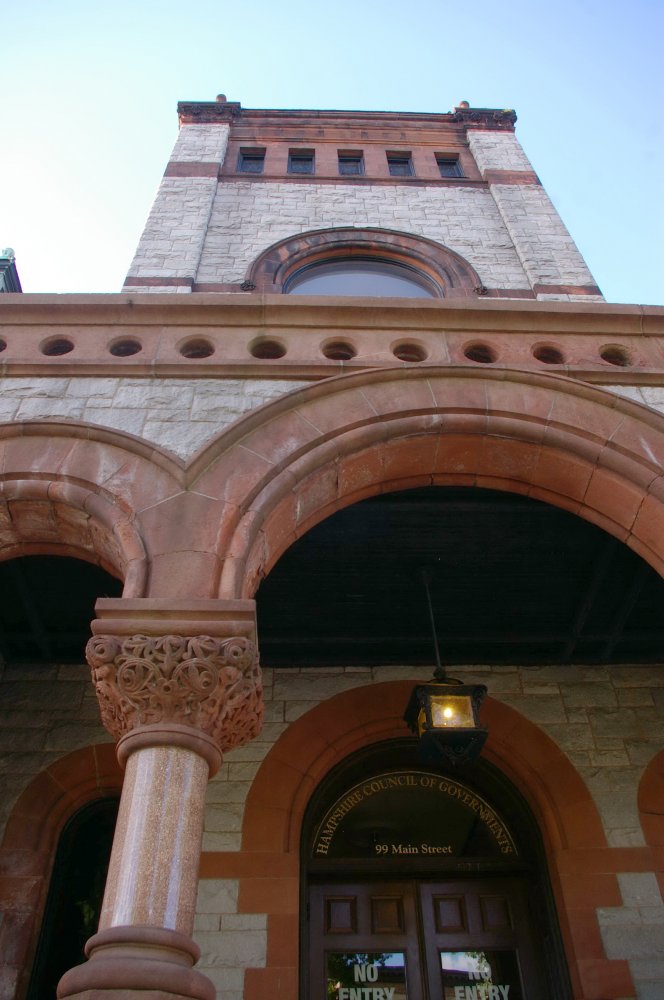 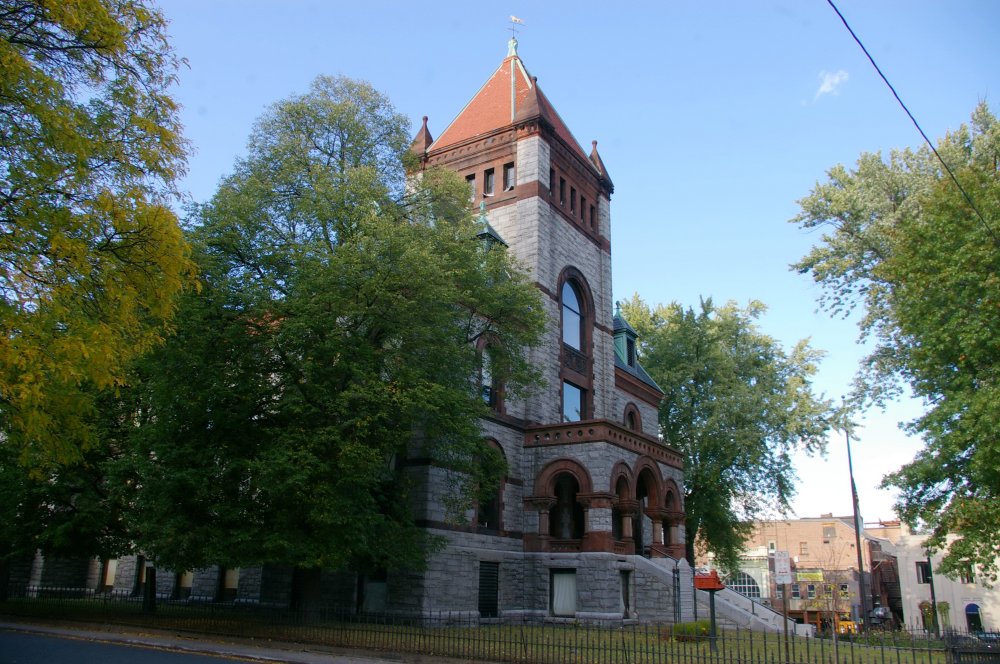 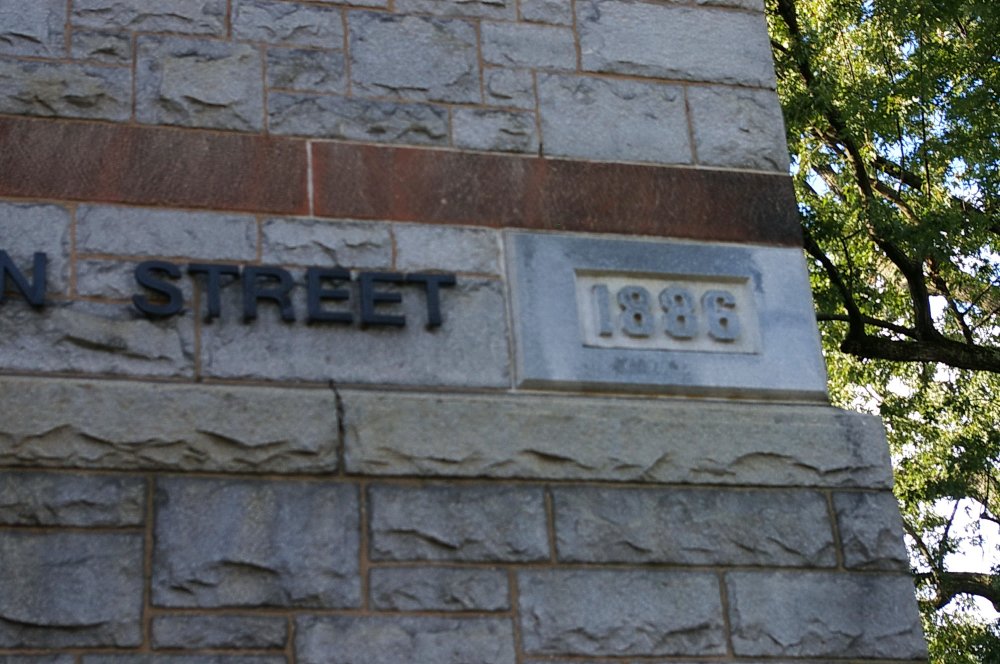 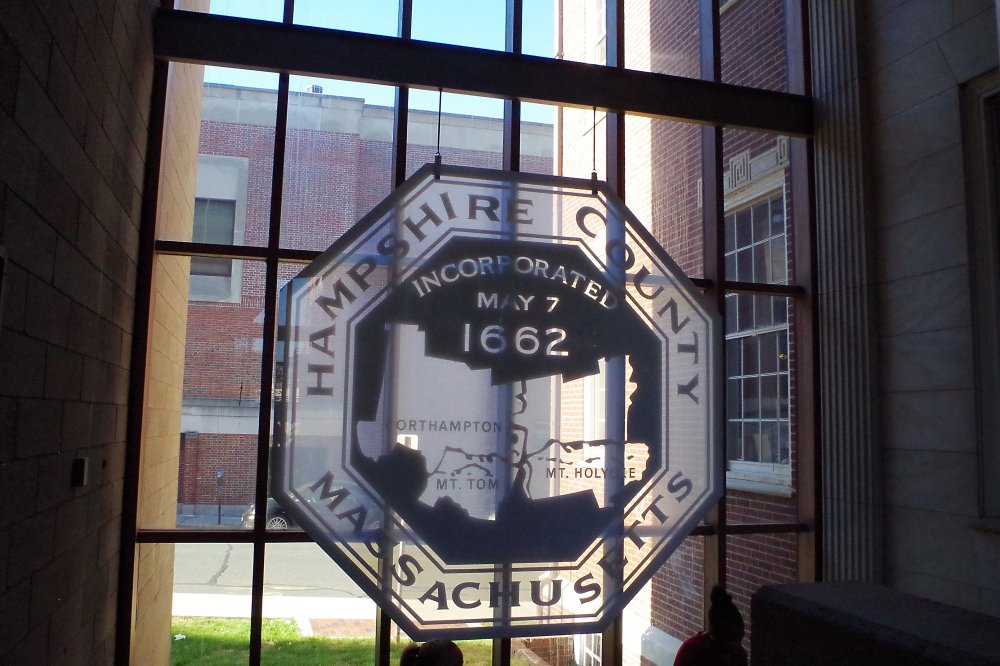 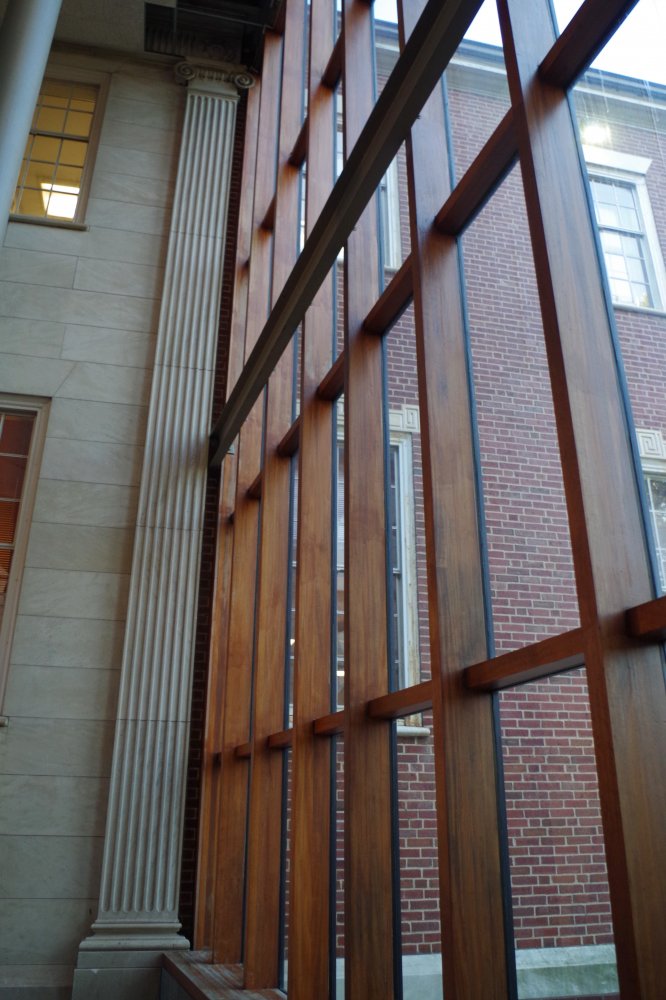 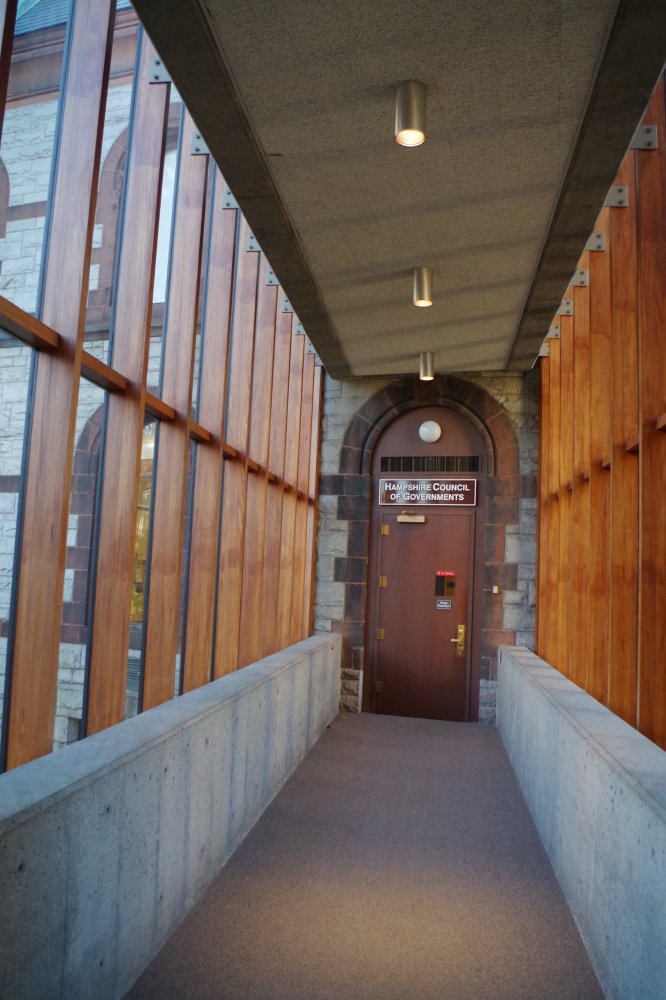