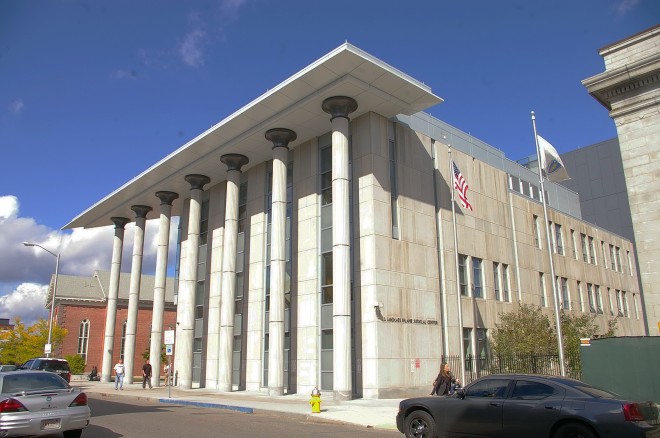 Description:  The building faces south and is a five story structure. The building is located at the west end of the courthouse complex. The south front has seven tall columns rising to an overhanging roof. The recessed entrance has glass panels. The windows along the south and west sides are vertical. On the north side is the five story glass walled section. The roof line is flat. The building is named as the J Michael Ruane Judicial Center. On the southwest sides is the old red colored brick Baptist Church built in 1806 which has been incorporated into the new building on the north side. 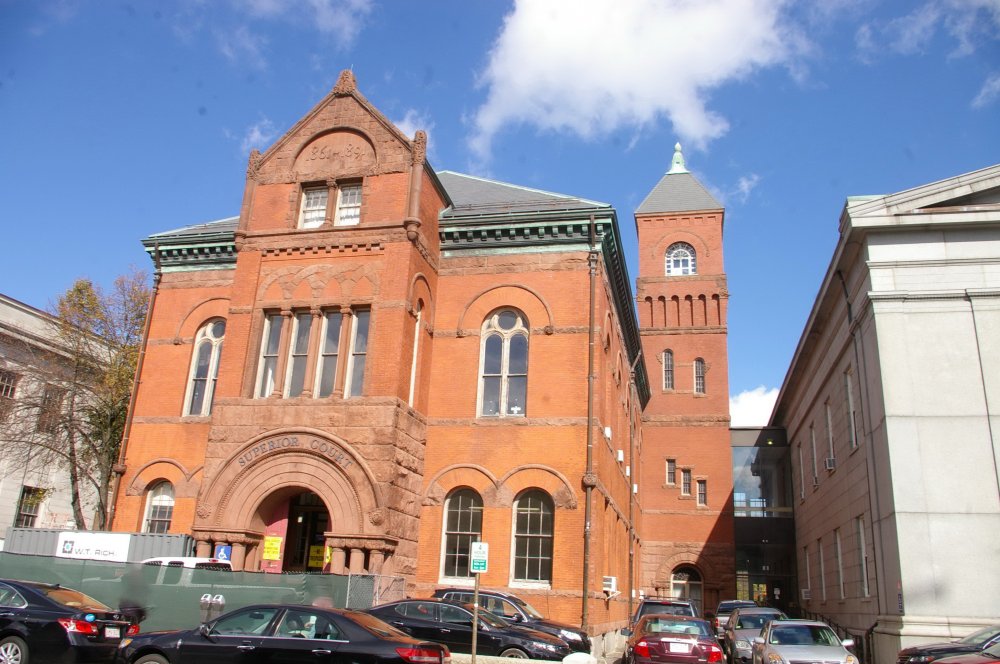 Description:  The building faces south and is a three story red colored brick structure. The south front has a projecting center section with large arch and recessed entrance on the first story. The second story has four narrow vertical windows and the third story has a double window with peaked roof above. The windows are arched. At the northeast corner is a high square red colored brick tower with steep roof. The roof is hipped. The building was further renovated in 1889. The architect was Homan K Wheeler & W W Northend. 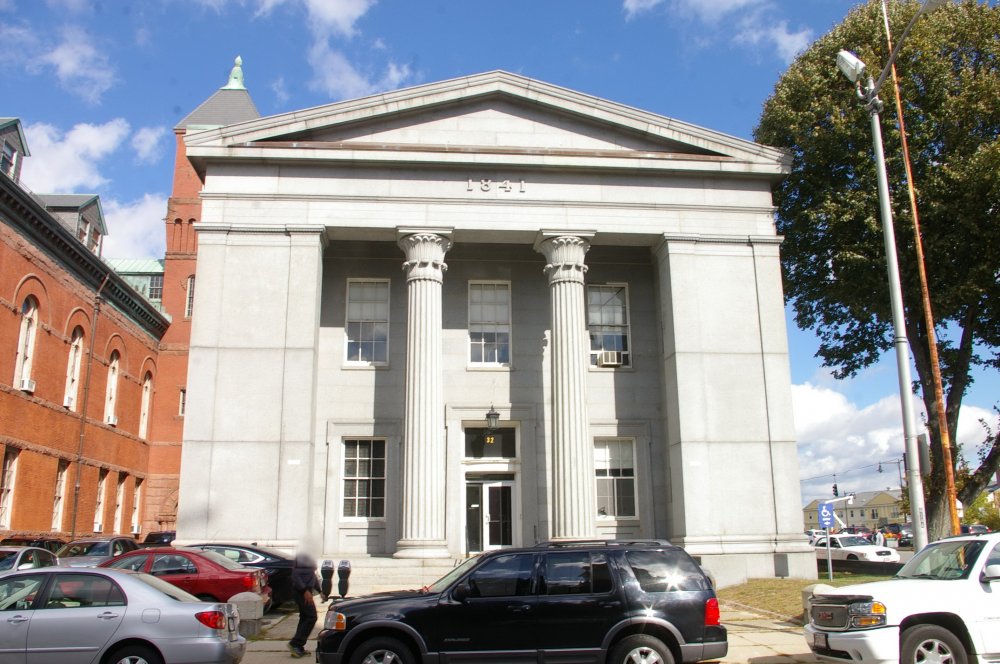 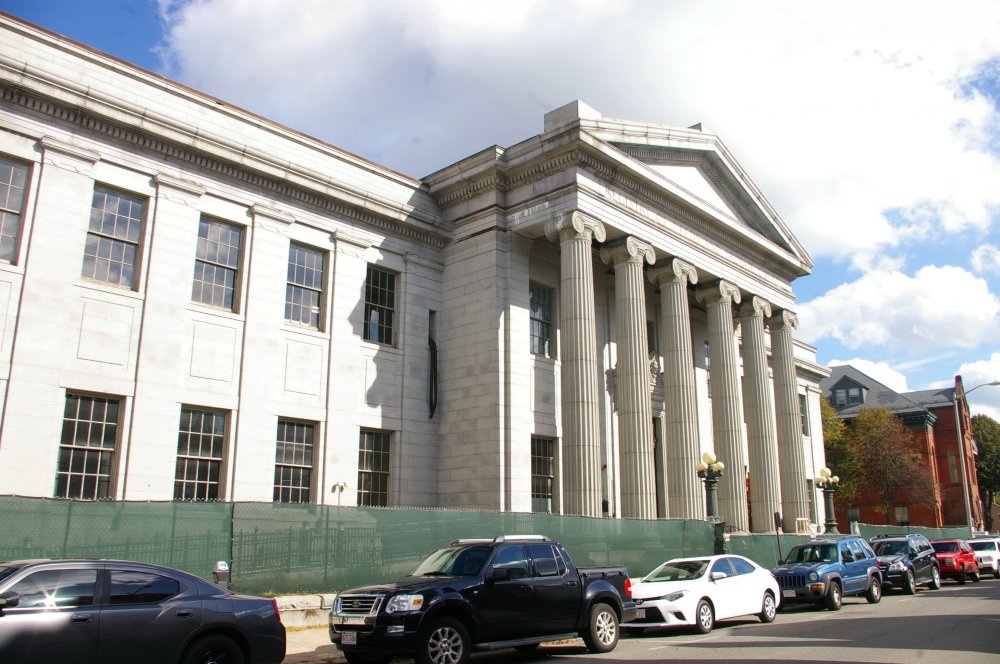 Desscription:  The building faces south and is a two story gray colored granite structure. The central section of the south front projects from the main building and has a large portico with six columns rising to a pediment at the roof line. The front of the building has vertical pilasters between the windows. The roof line is flat. The architect was and the contractor was *. On the north side is a five story concrete and glass addition. The architect was Phineas Alpers Inc. 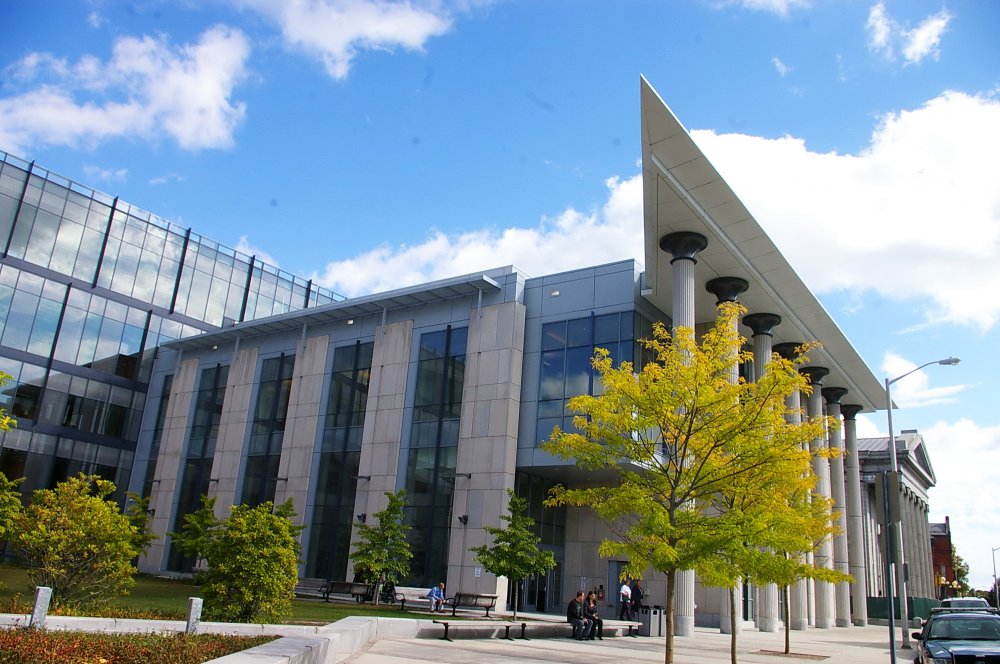 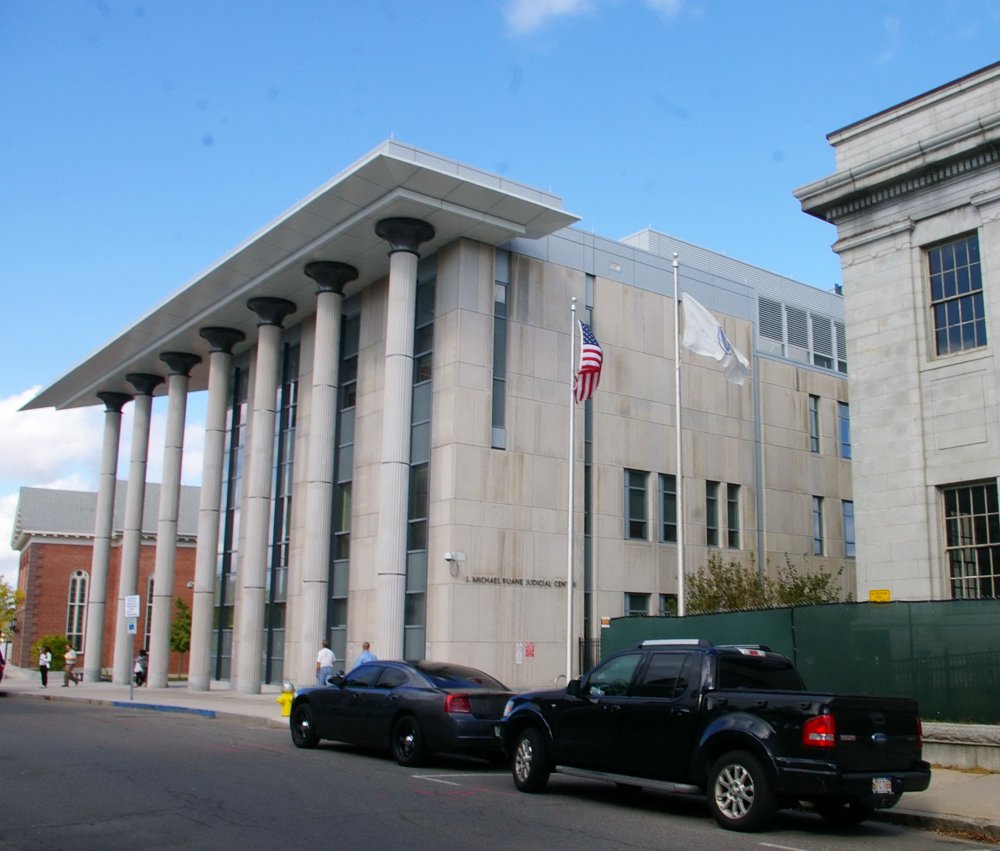 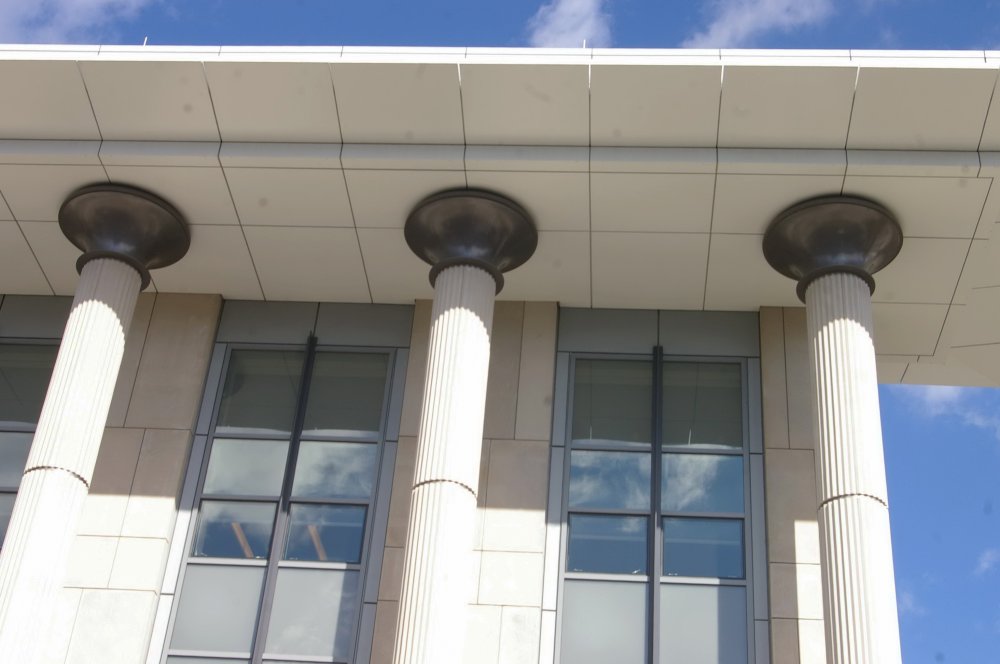 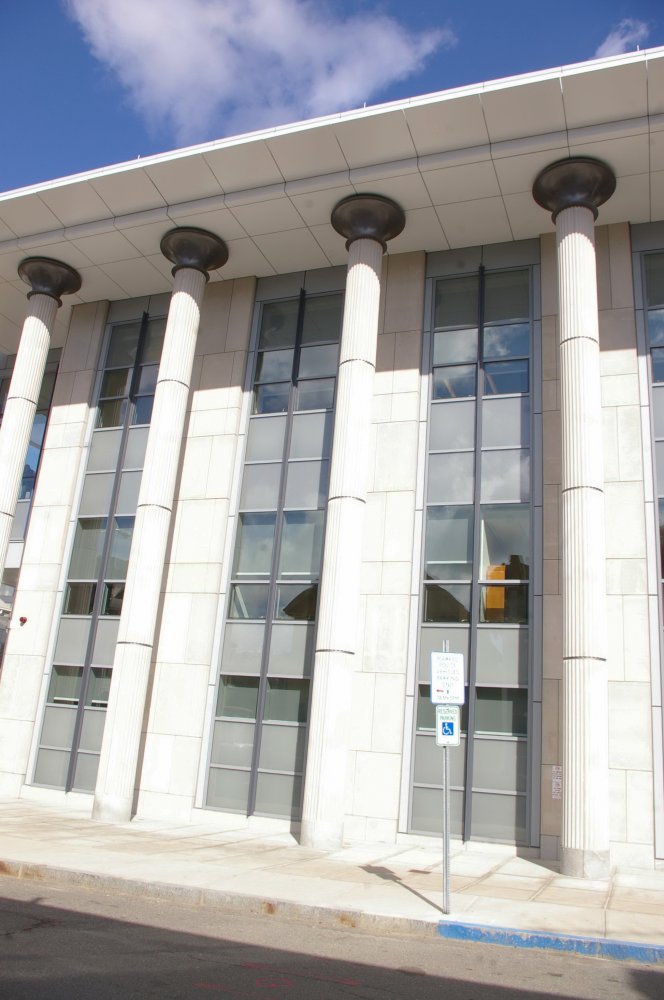 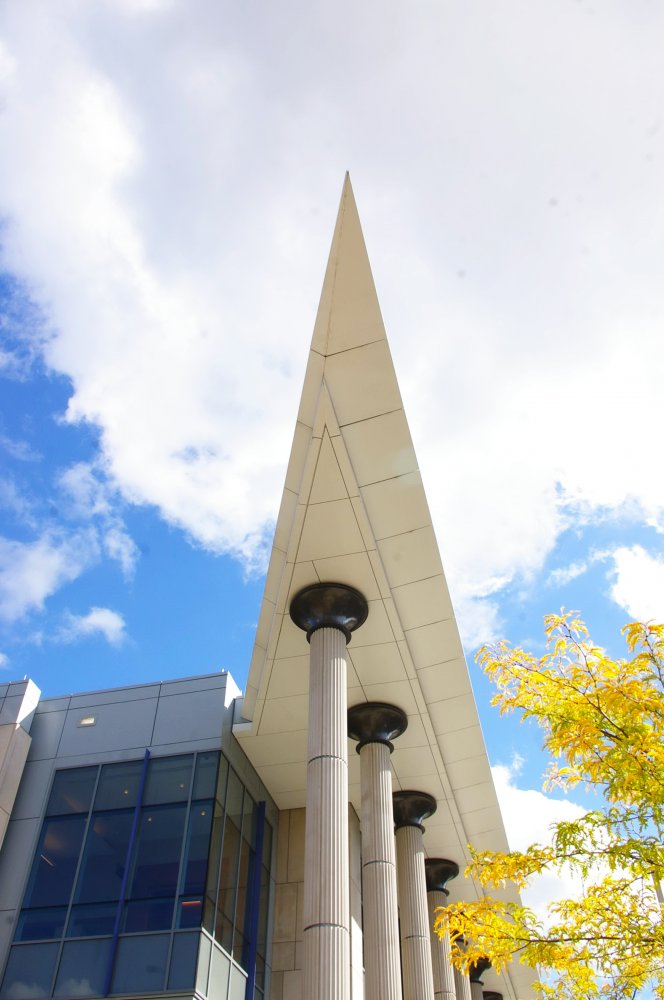 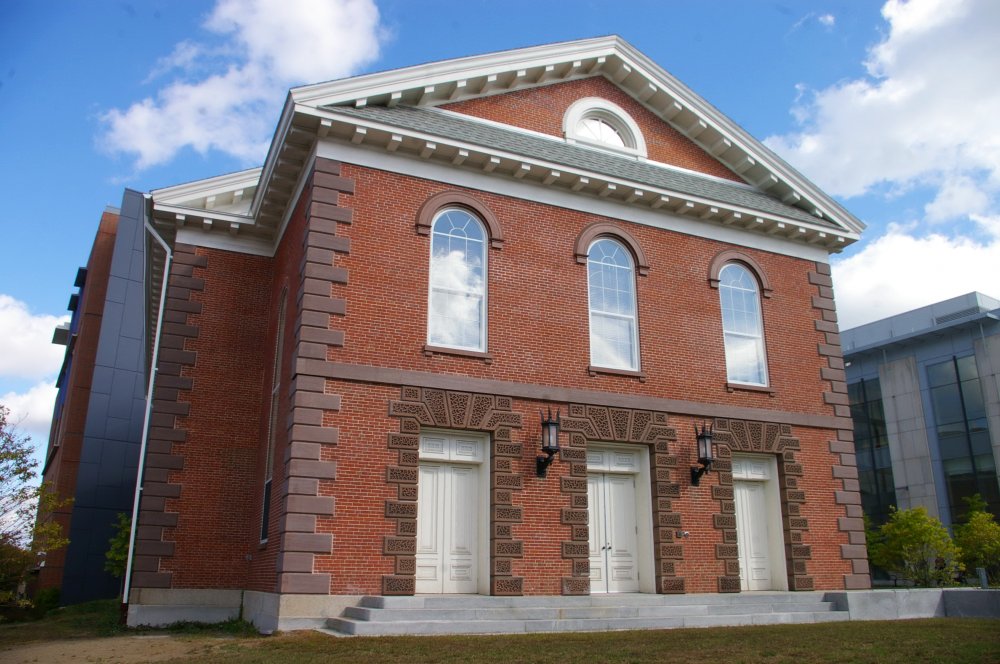