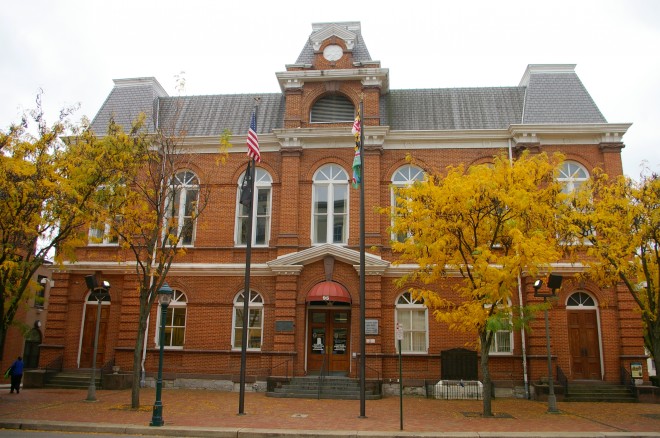 Architect:  Henry A Simms and James F Simms of Philadelphia

Description:  The building faces north and is a two story red colored brick and brownstone structure. The north front has a slightly projecting center section with entrance on the first story having a small stone pediment above. The center section rises above the roof line and has a mansard roof. A horizontal cornice runs between the first and second stories. The windows are arched with higher windows along the second story. On each corner are square towers with mansard roofs.

Note:  The second courthouse was constructed in 1818 to 1822. The architect was Benjamin H Latrobe and the contractor was Thomas Harbaugh. The courthouse burned on December 6, 1871 and was rebuilt in 1872 to 1874. 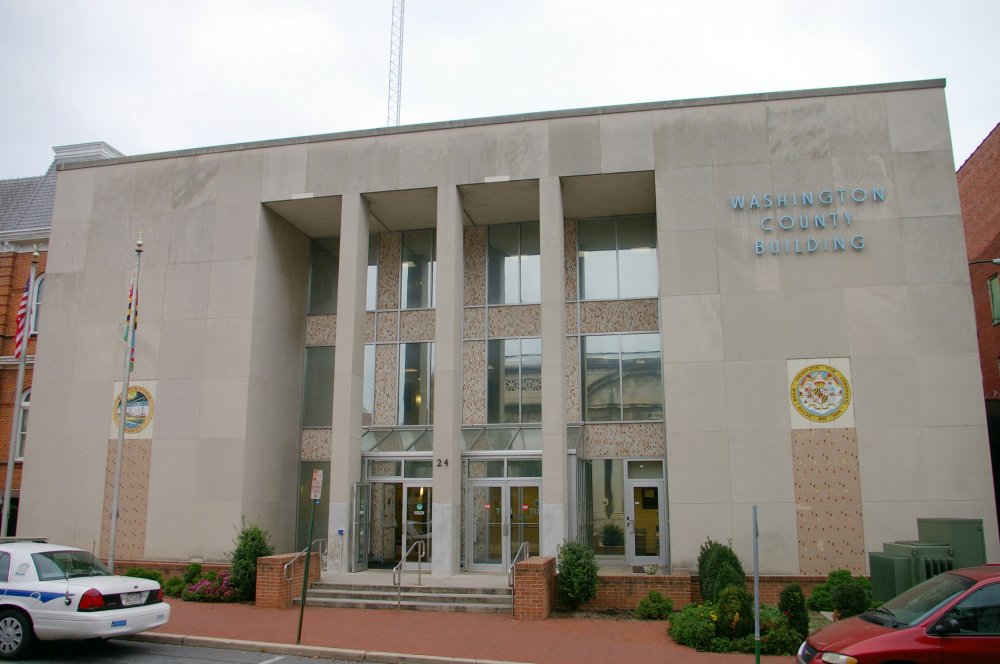 Description:  The building faces west and is a three story concrete and glass structure. The building is located on the south side of the courthouse. The west front has three vertical pillars with a recessed entrance with windows above on the second and third stories. The roof line is flat. The building was renovated in 1992. The architect was J C Burrey and the contractor was Morgan-Keller, Inc. 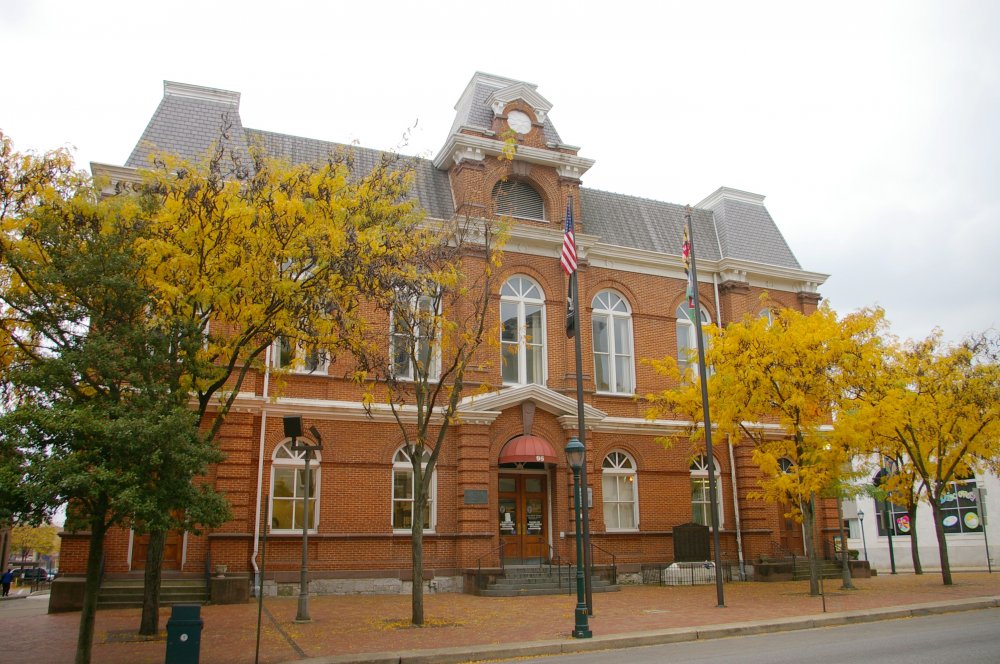 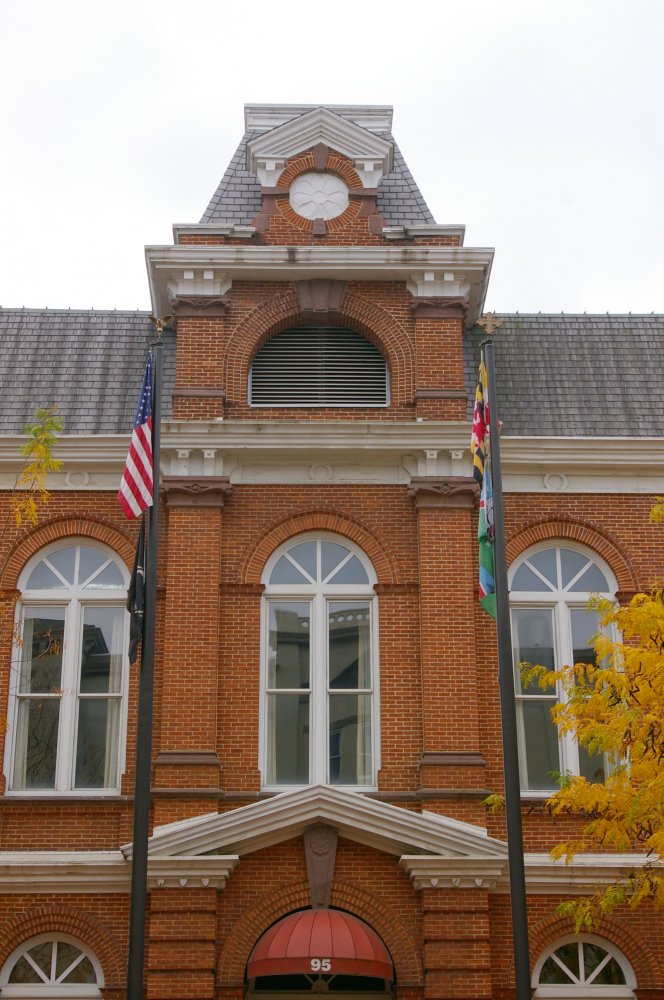 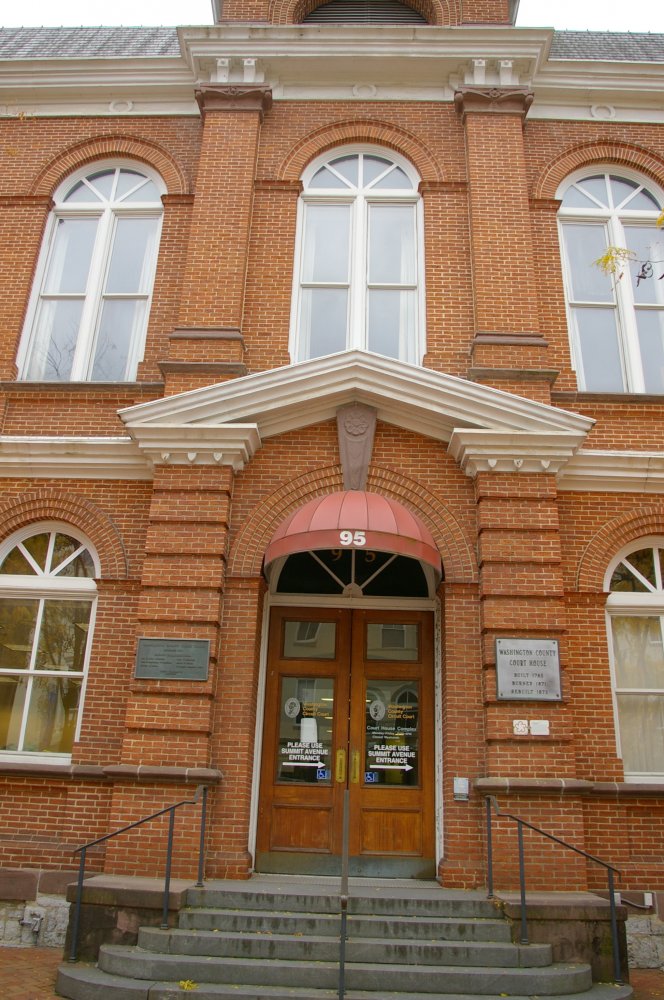 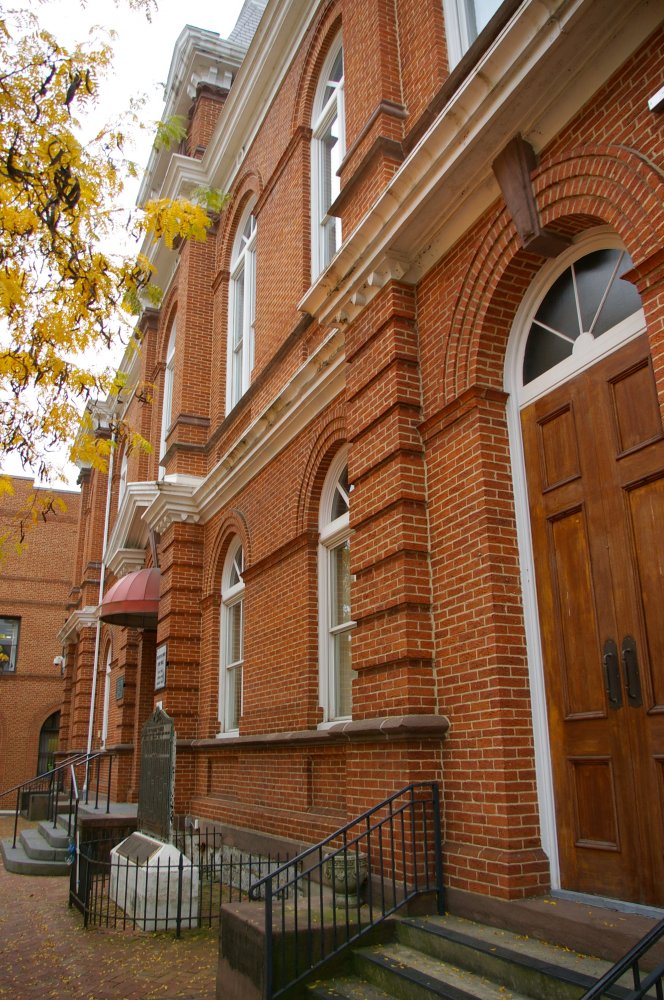 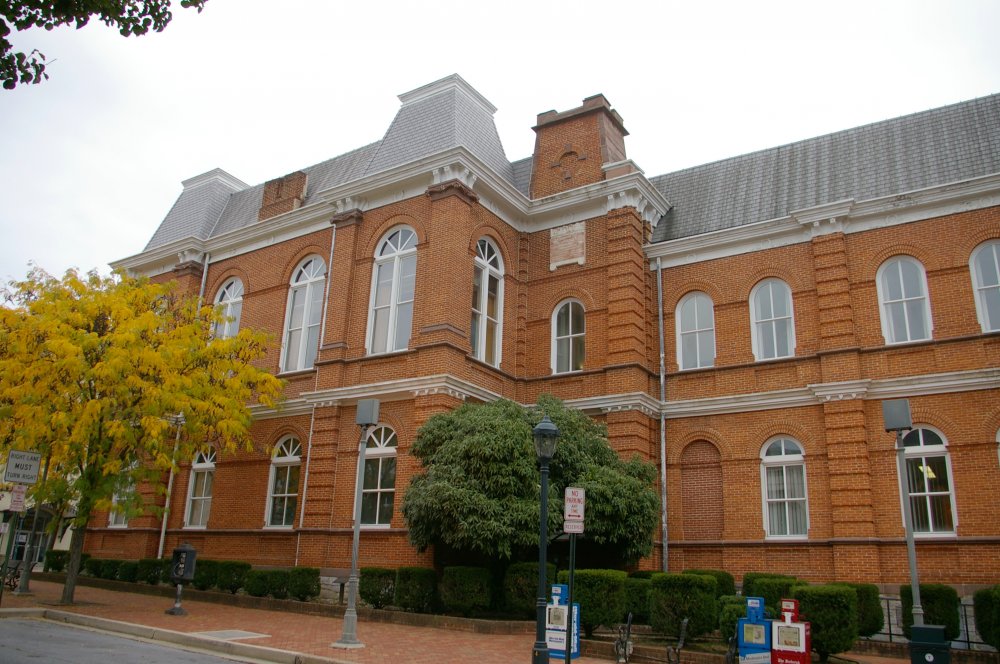 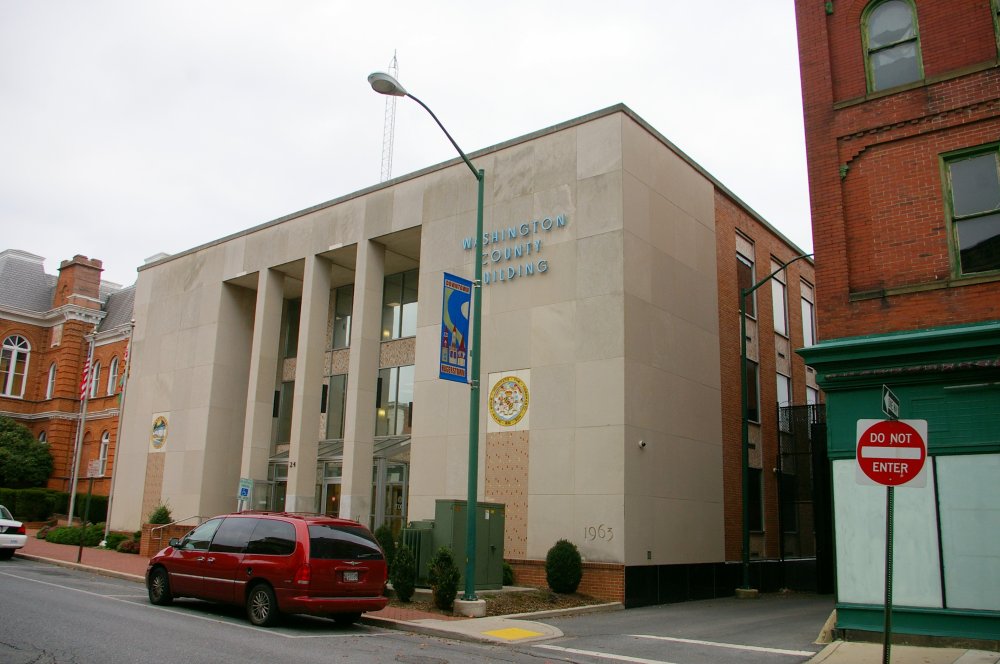 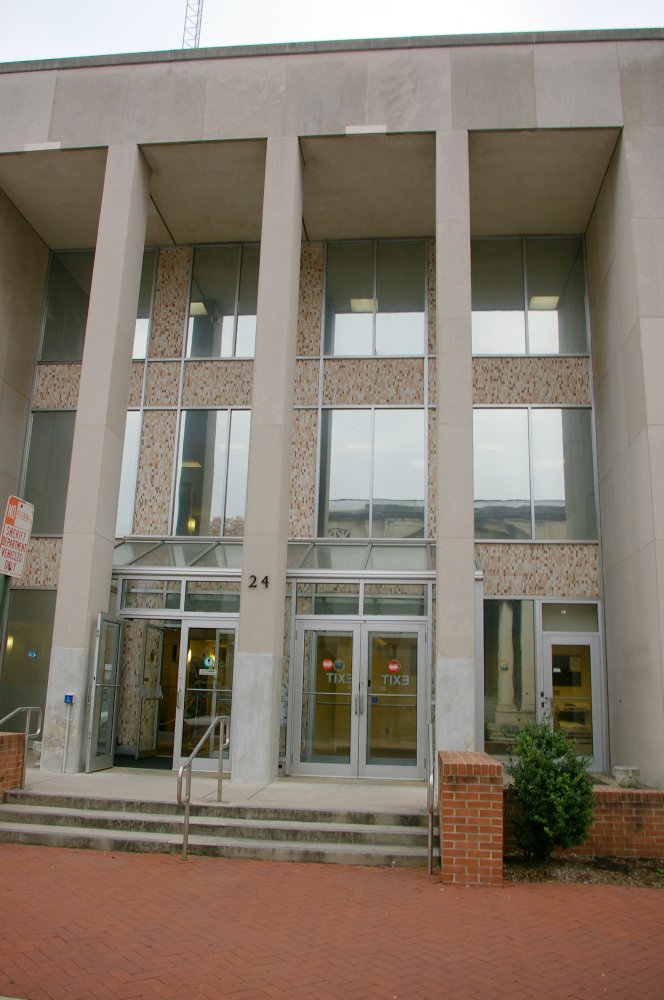 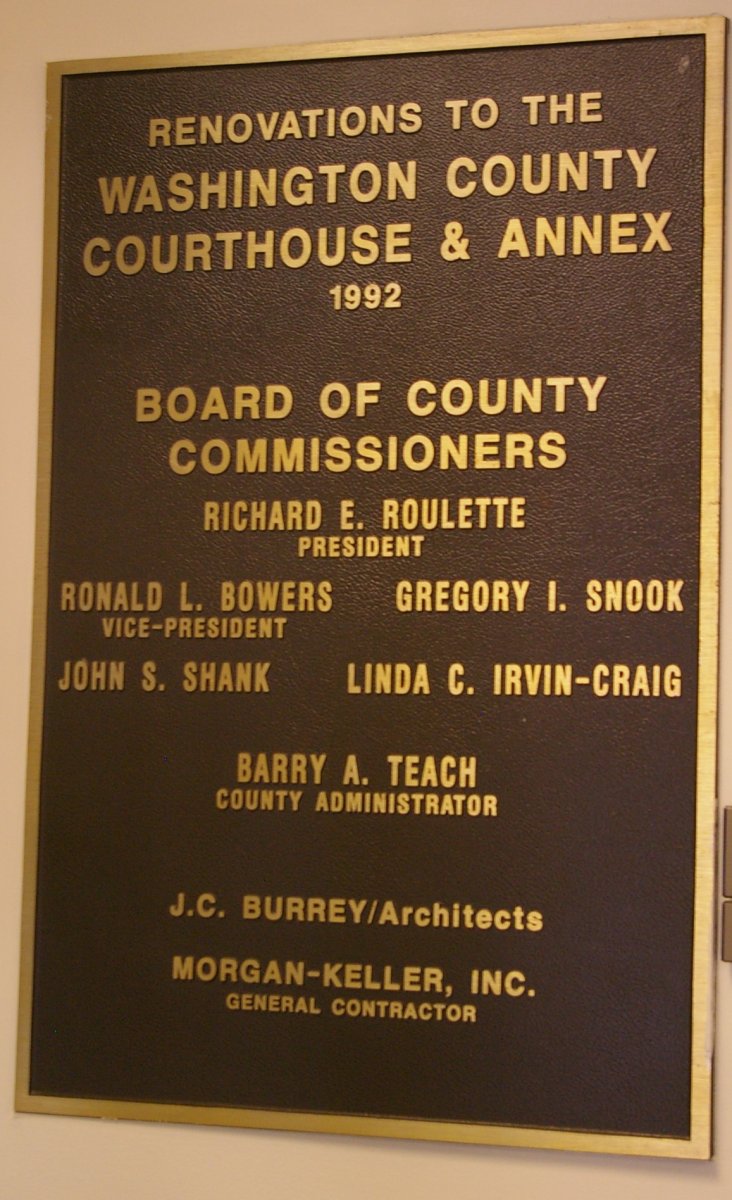