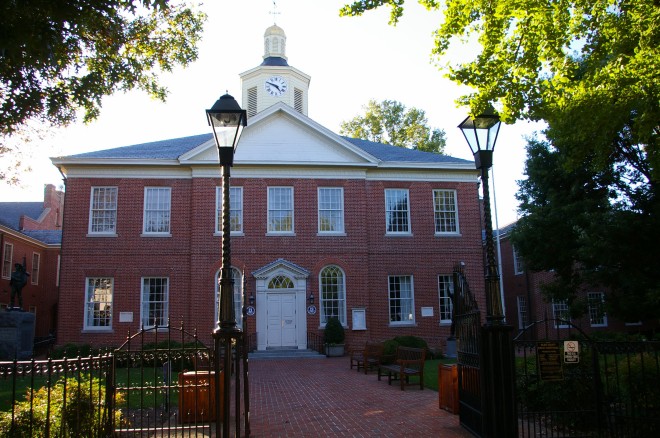 Talbot County is named for Grace, Lady Talbot, who was the  sister of Caecilius Calvert, 2nd Barron Baltimore.

Description:  The building faces east and is a two story red colored brick structure. The building is located on landscaped grounds. The east front has a projecting center section with white wood framed entrance on the first story and rising to a pediment at the roof line. The west side has a projecting center section. On the center of the roof is an octagonal white colored cupola with clock and octagonal lantern at the top. The building was remodeled in 1898. The architect was Henry Brauns. The building was remodeled in 1958 and 1959. The architect was Perry, Shaw, Hepburm & Dean and the contractor was Hallock Construction Company. On the south side, the courthouse is attached to the two story red colored brick County Building which was built in 1876, enlarged in 1940 and remodeled in 1968. On the north side, the courthouse is attached to a modern addition constructed in 1958. On the northwest is the old stone jail. 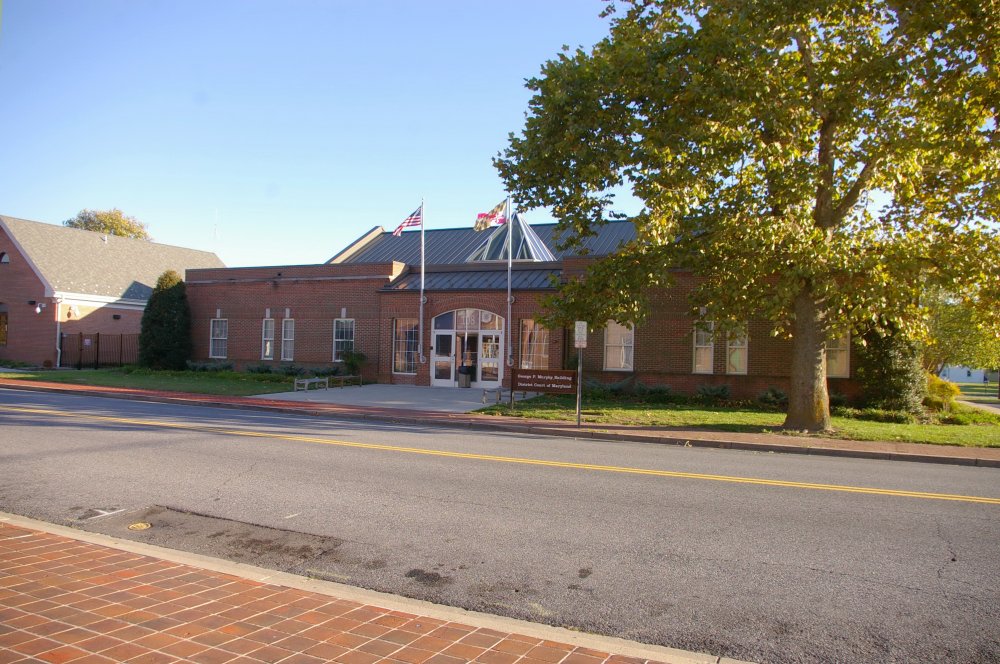 Description:  The building faces north and is a one story red colored brick and concrete structure. The north front has a projecting center section with arched glass entrance. Above is a pyramid on the roof. The roof is hipped. 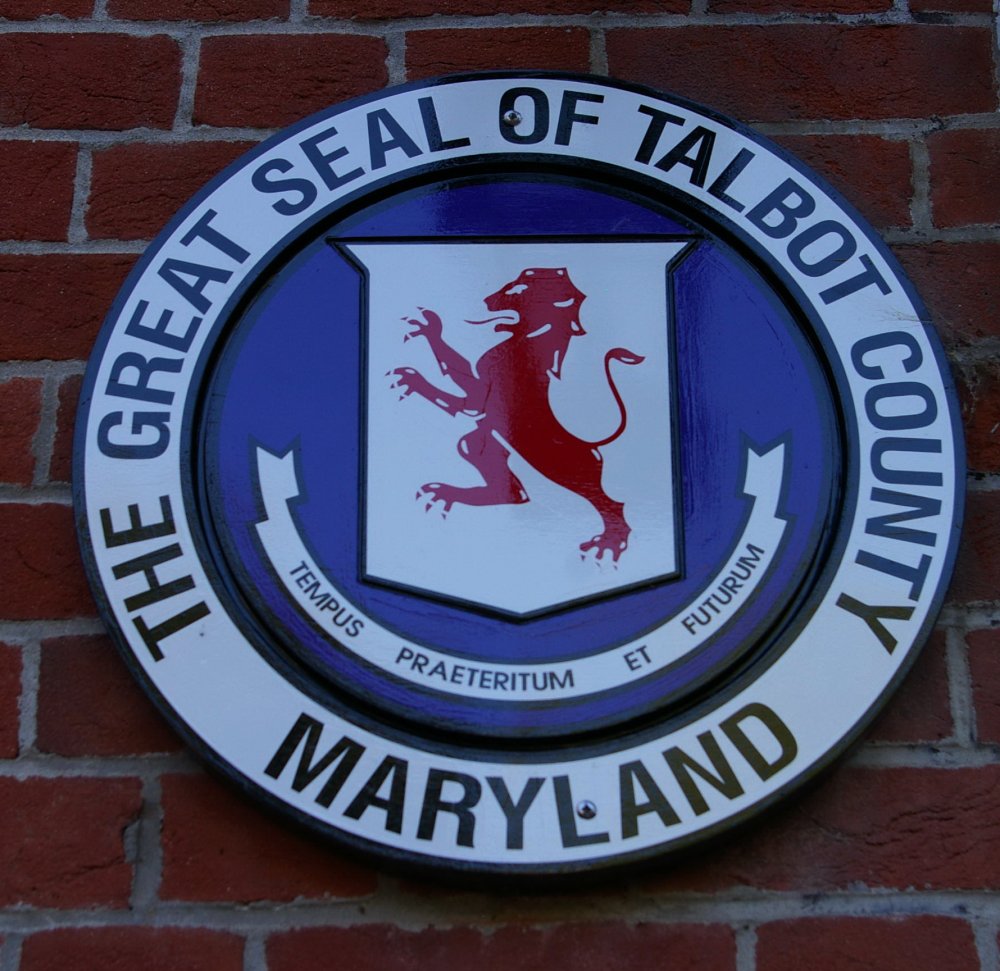 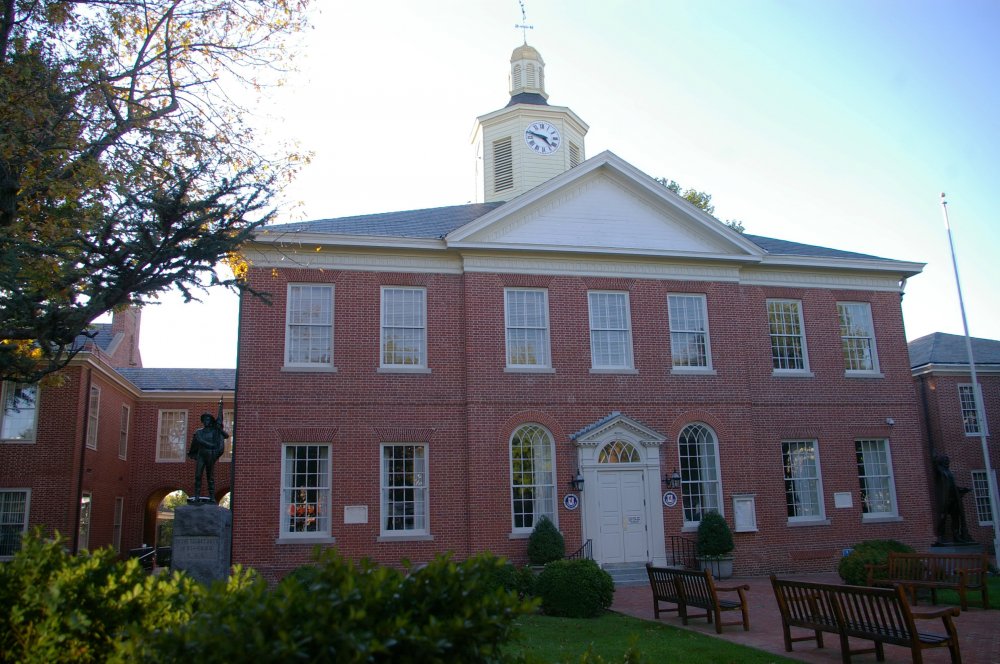 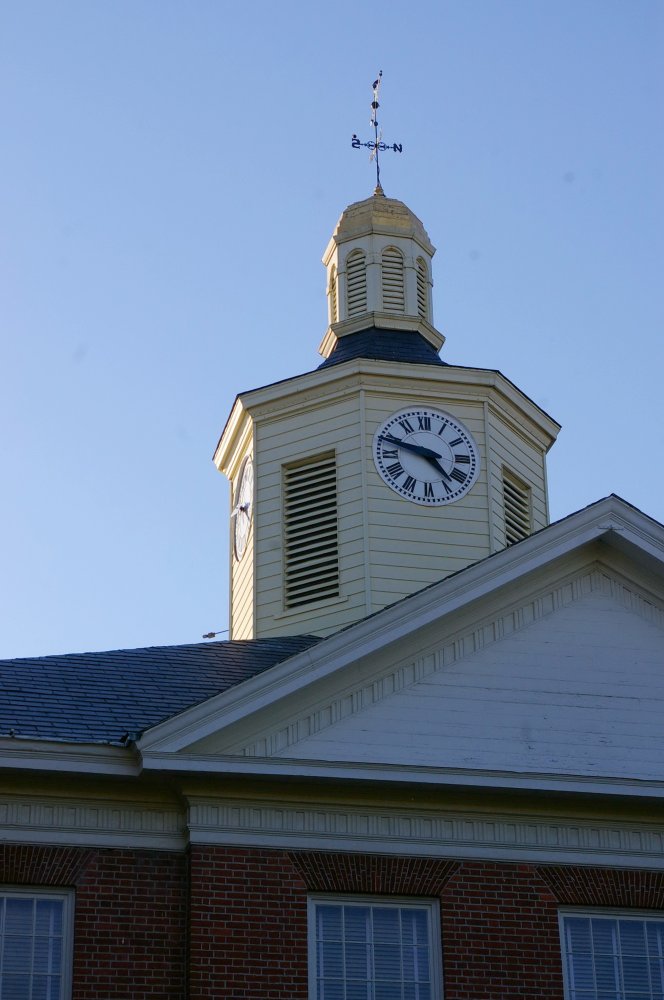 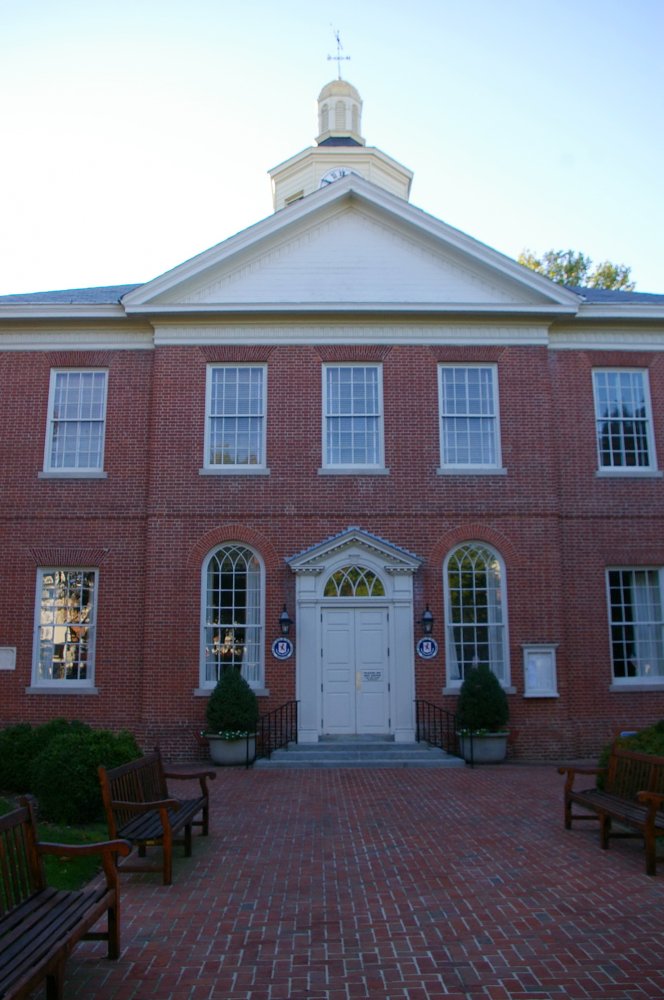 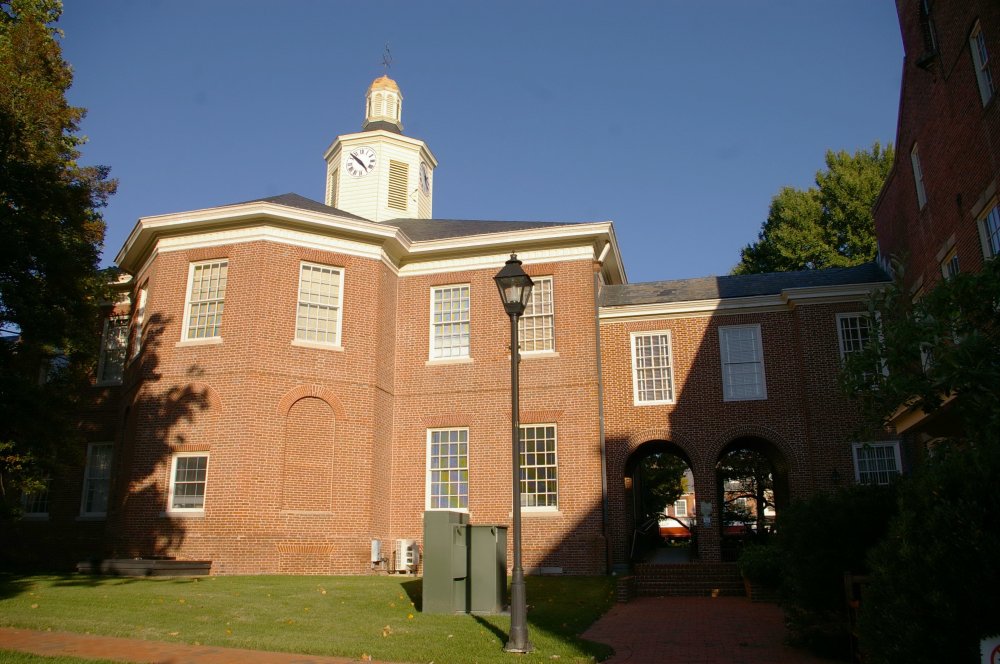 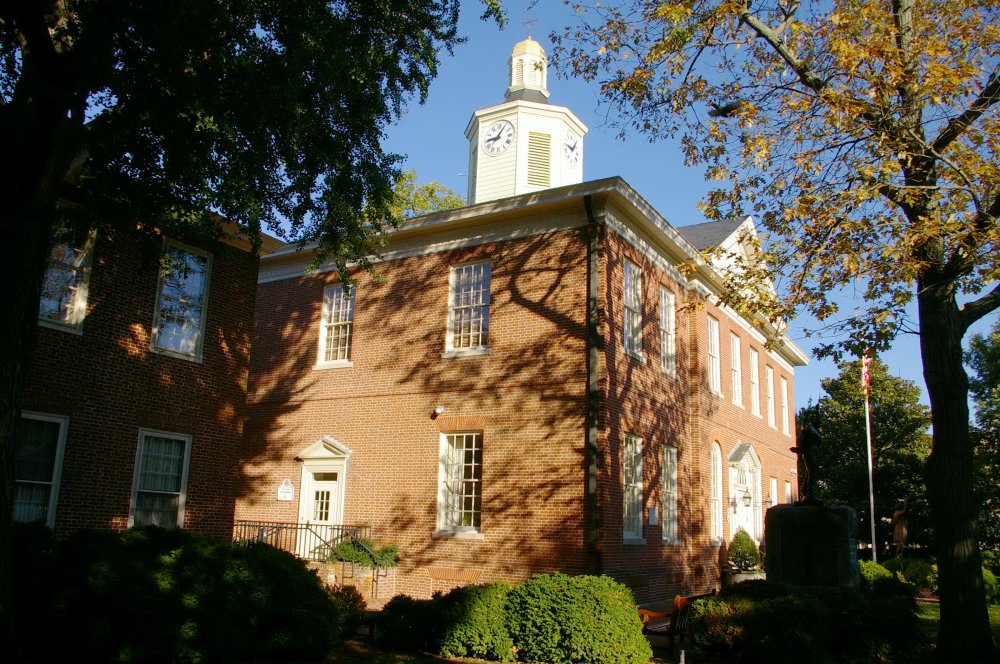 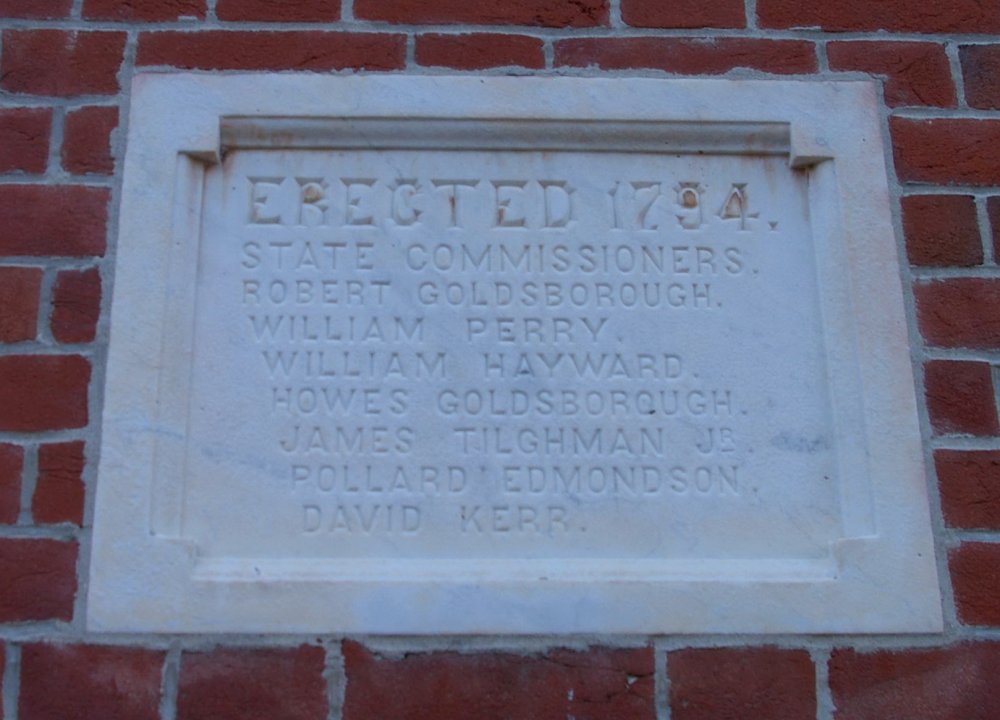 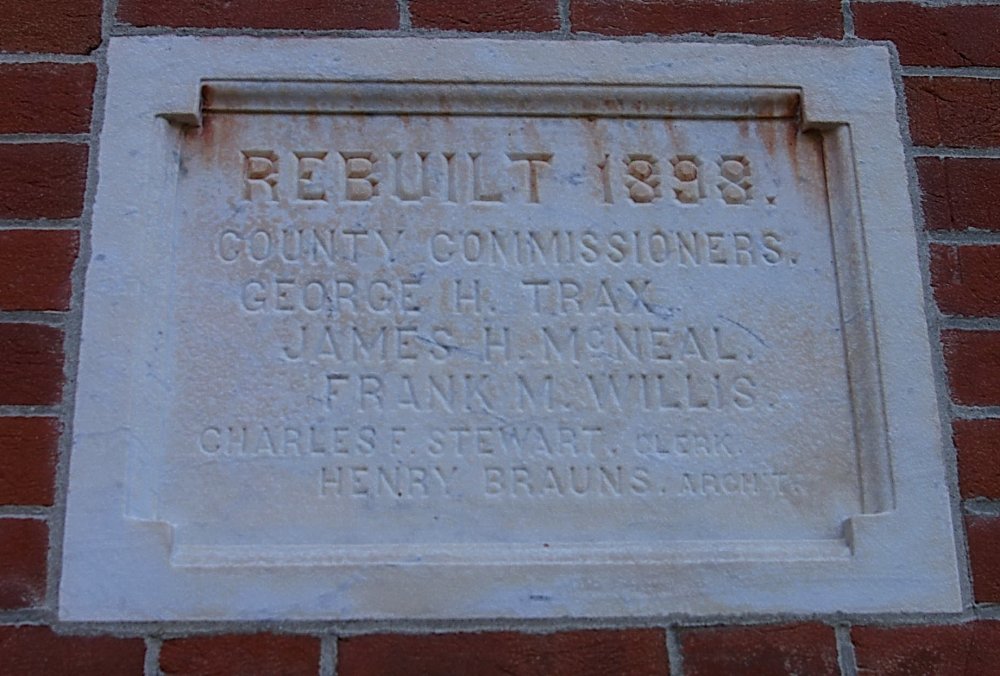 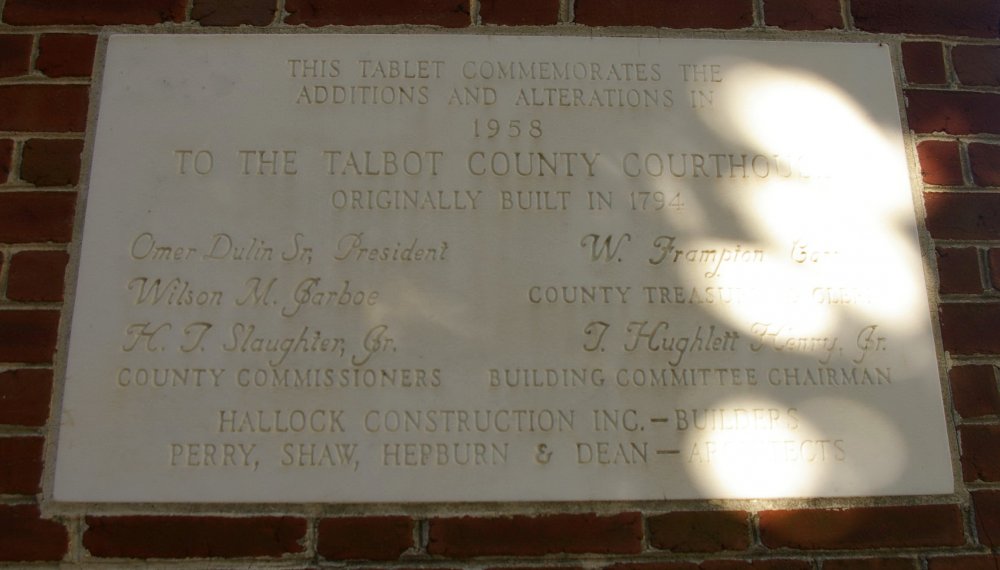 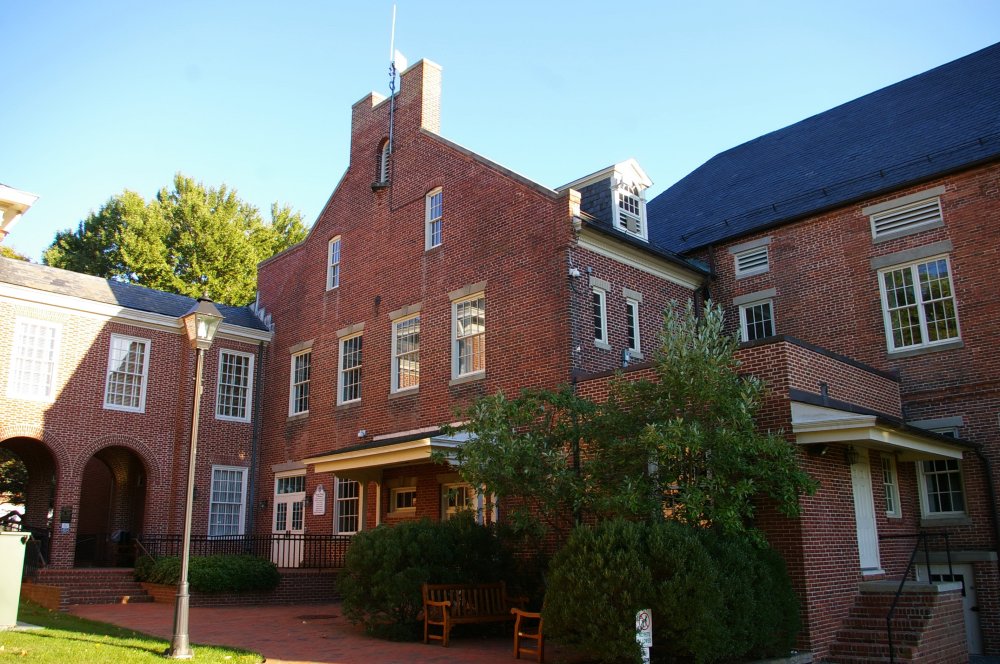 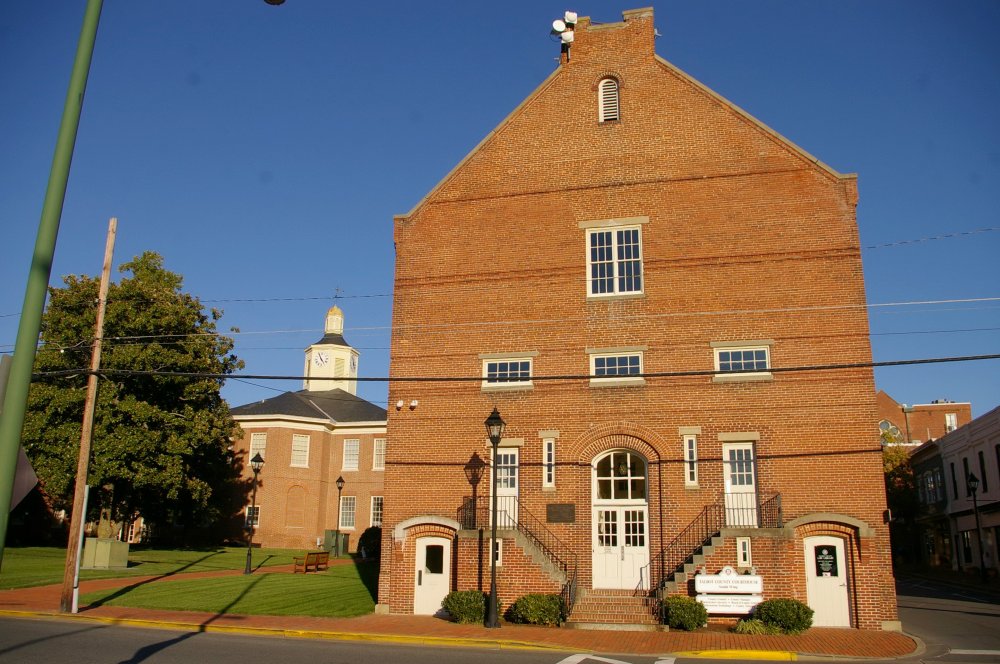 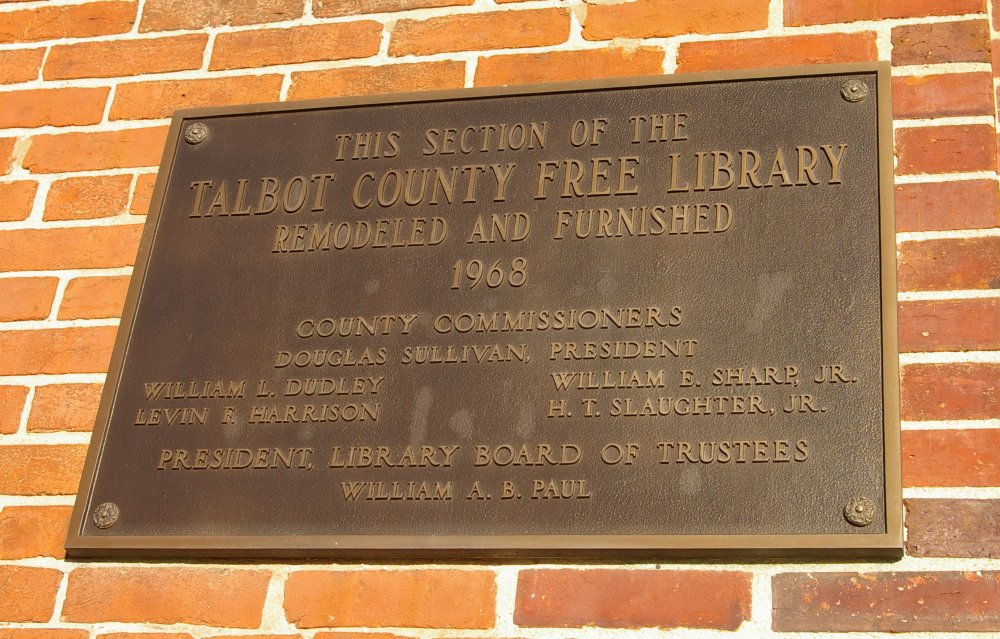 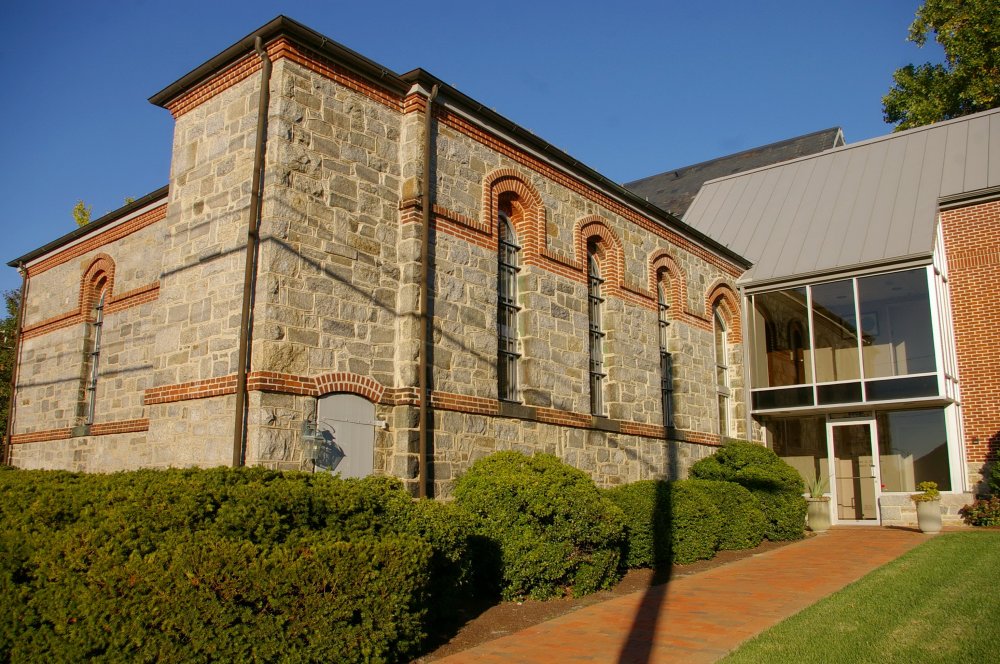 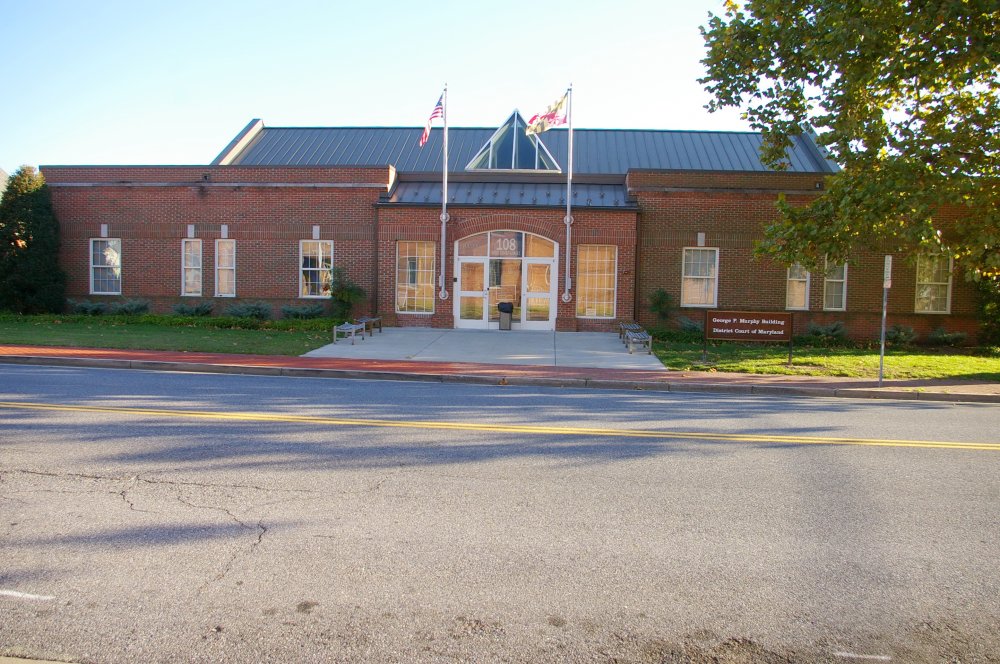 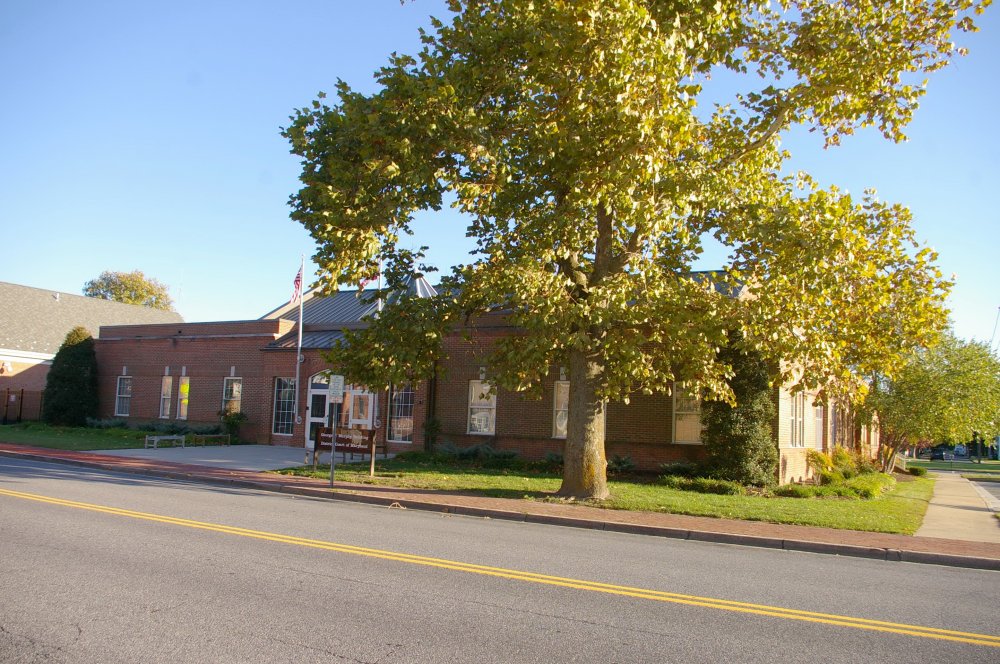 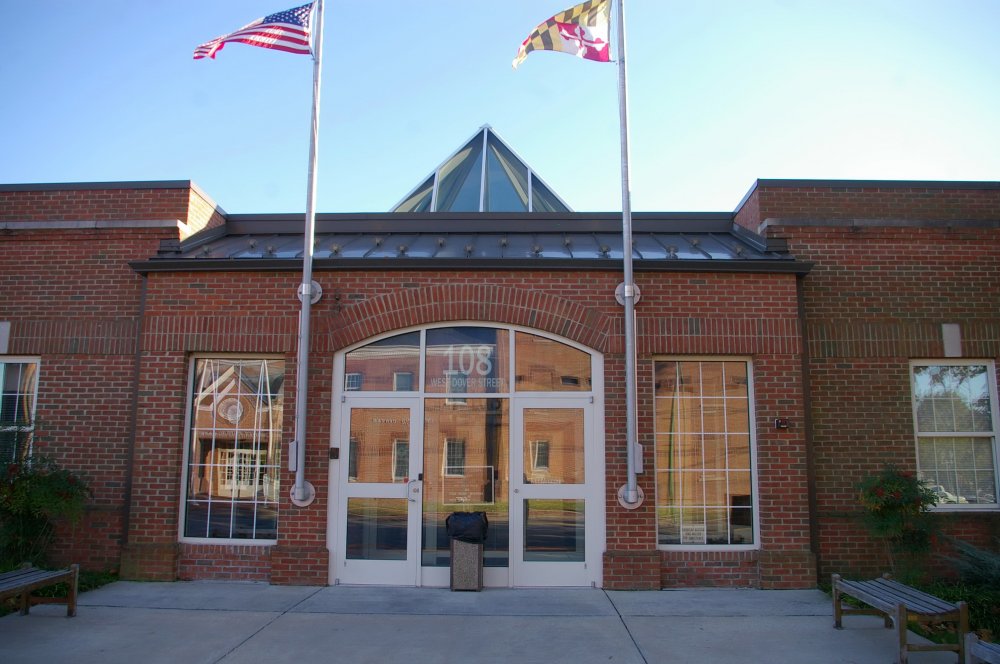 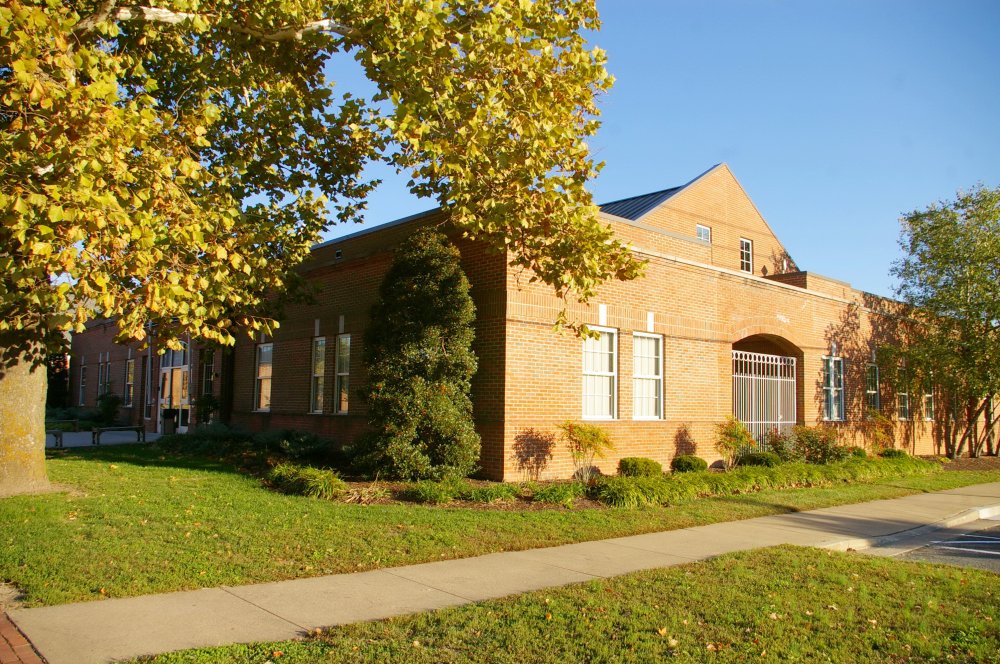