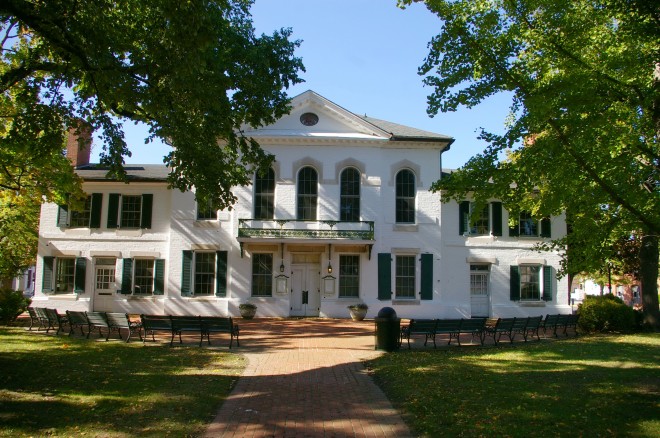 Queen Anne’s County is named for Queen Anne I, who was the queen of Great Britain.

Description:  The building faces southeast and is a two story white colored brick and wood structure. The building is located in Courthouse Square with landscaped grounds. The southeast front has a projecting center section with central entrance, balcony on the second story with three long arched windows above.  At roof is a pediment with oval window. There are east and west wings. The windows have green colored shutters and the roof is hipped. The building was restructured in 1876. The architect was J Crawford Neilson and contractor was Captain James Smith.

Description:  The building faces northwest and is a two story light orange colored brick and concrete structure. The building is located in Courthouse square with landscaped grounds on the east side of the old courthouse in the center of Centreville. The northwest front has a projecting center section with concrete pillars rising to a pediment at the roof line. The roof line is flat. 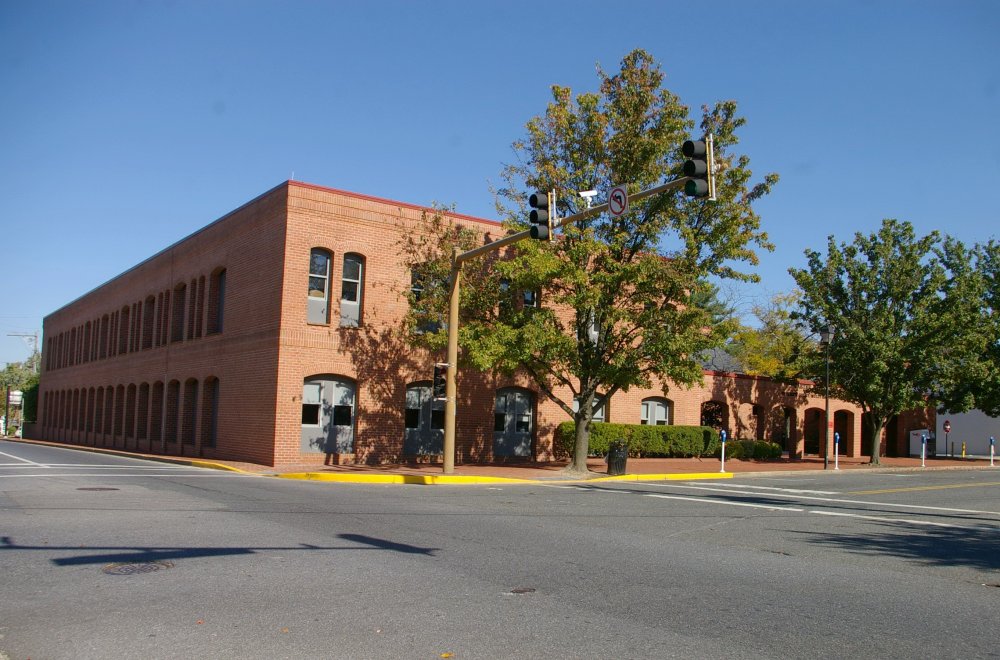 Description:  The building faces southwest and is a two story buff-red colored brick and concrete structure. The front has a small plaza on the southeast side with arched brick wall. The northwest wing runs along Liberty Street and the northeast wing has an entrance from the plaza. The roof line is flat. The building is named as the Carter M Hickman Court / Multi Service Center and house the District Court of the 3rd District. 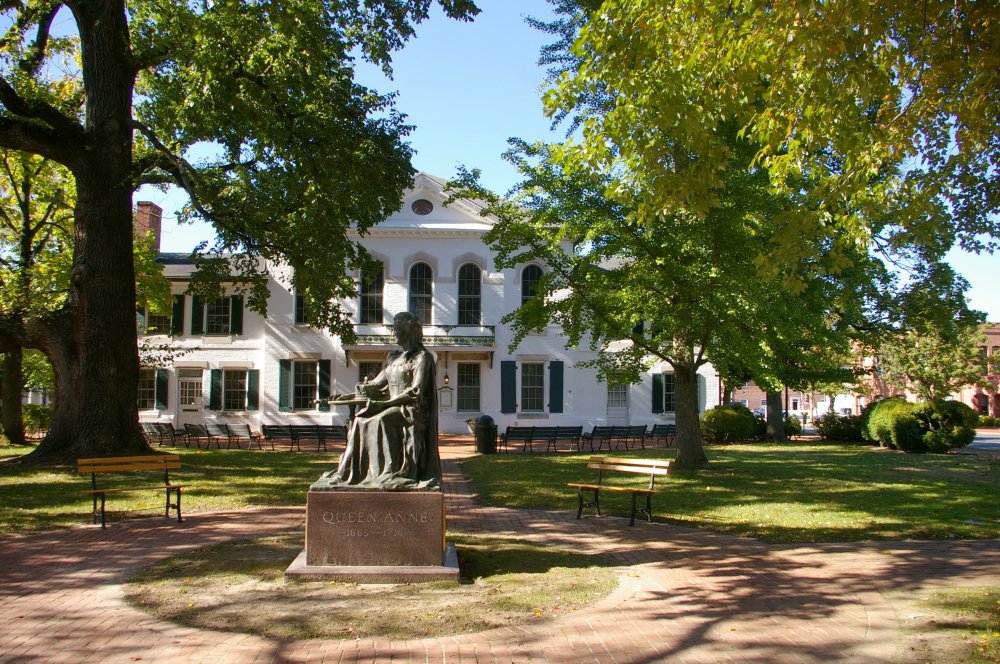 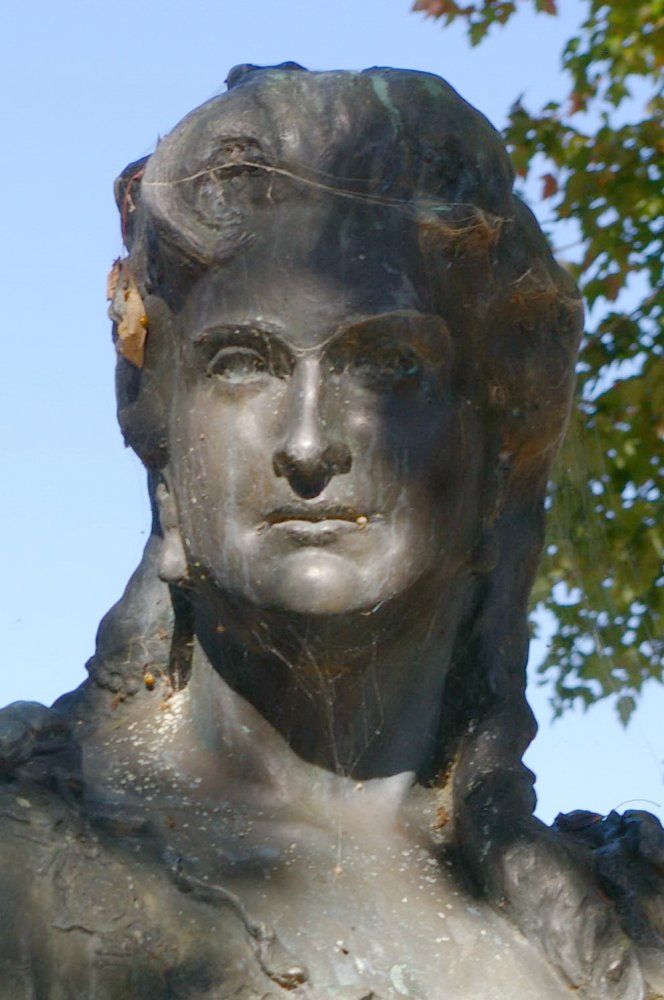 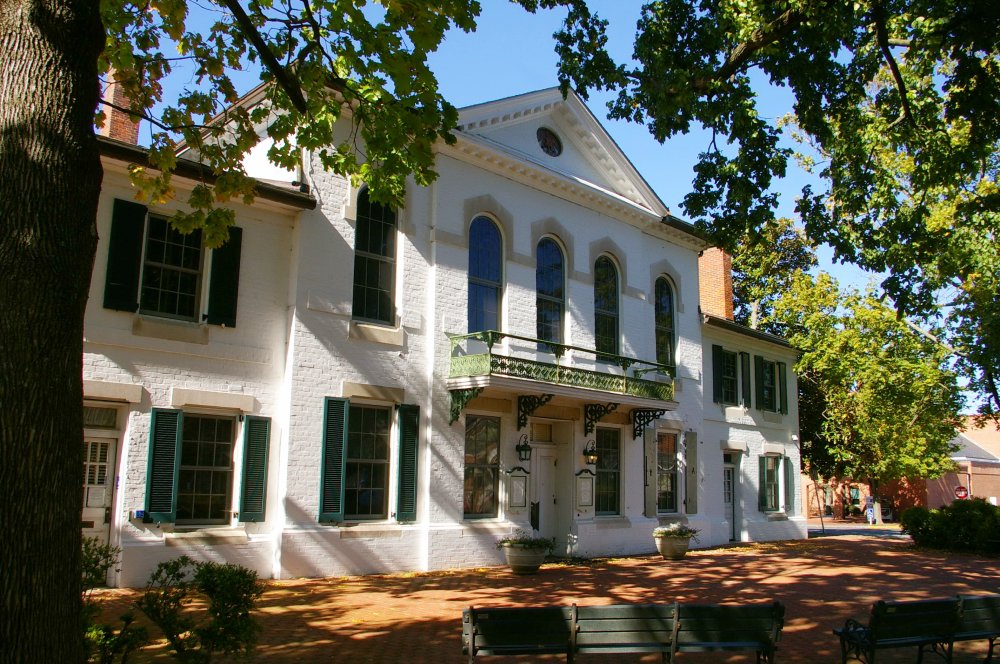 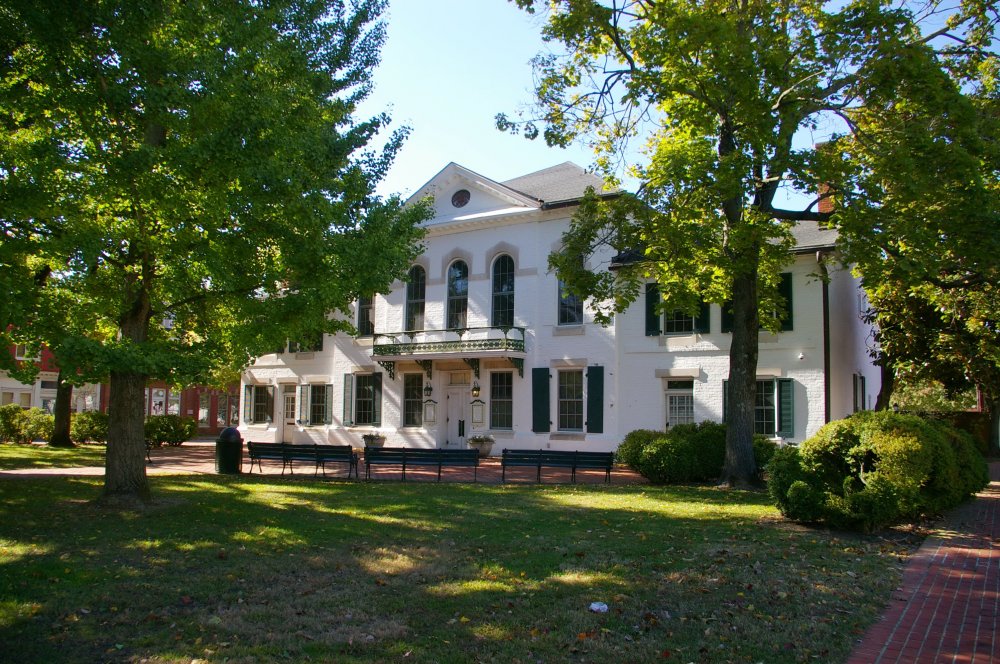 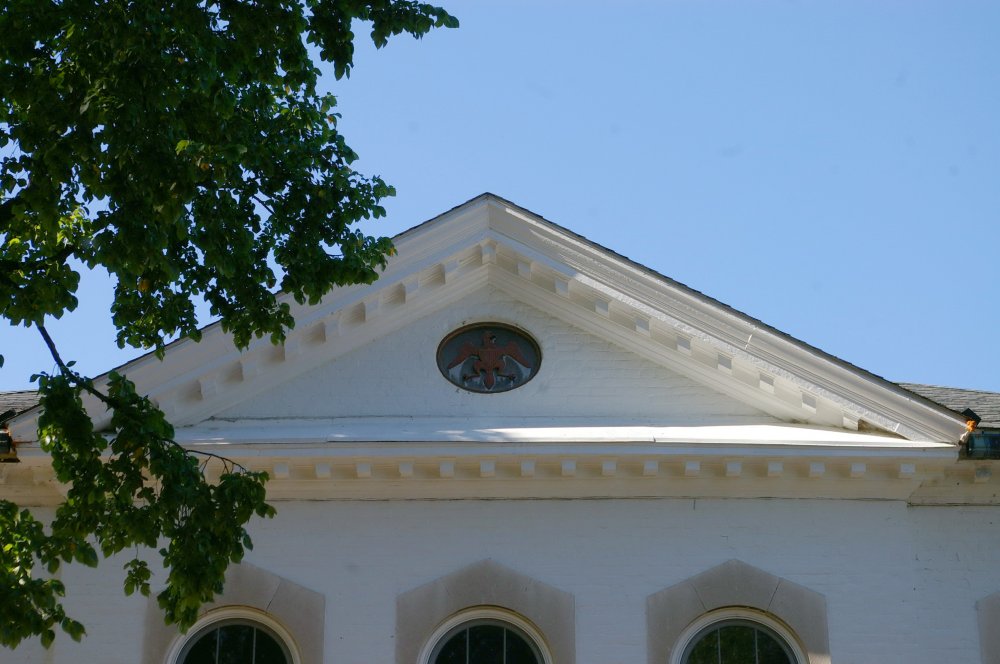 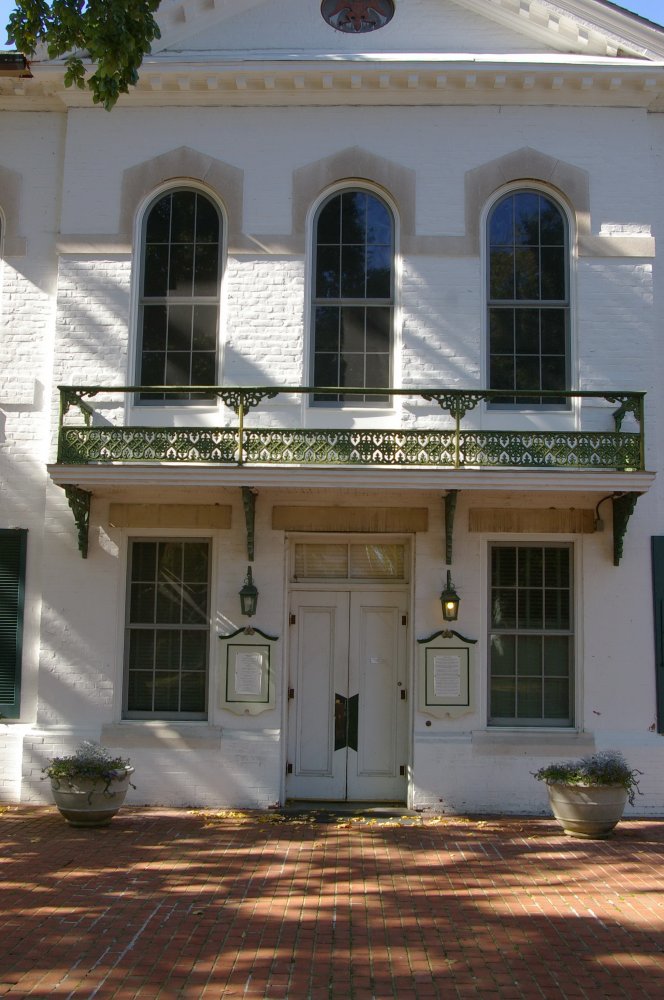 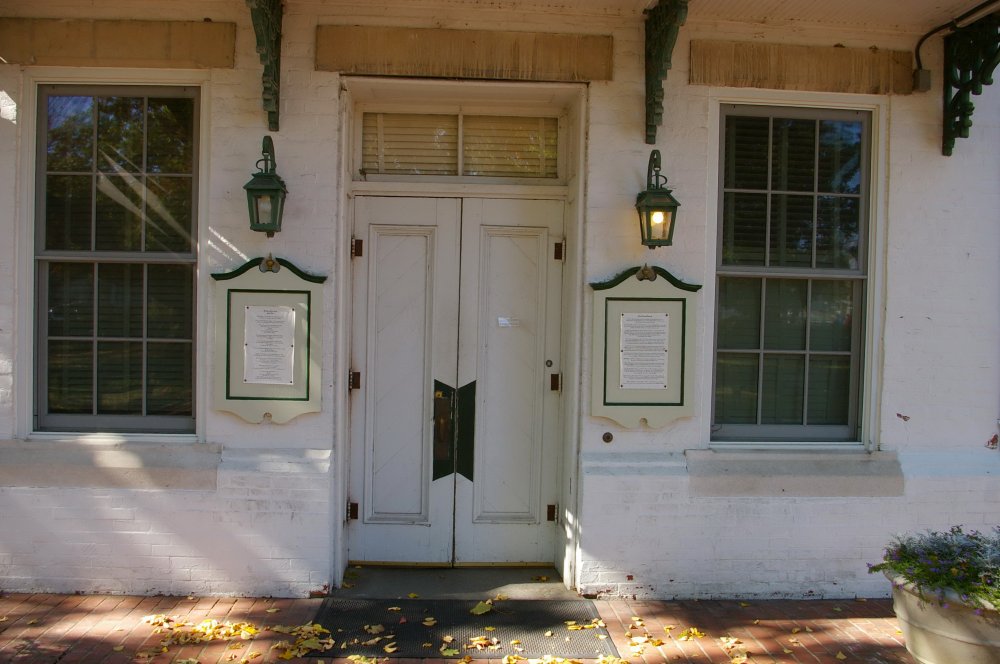 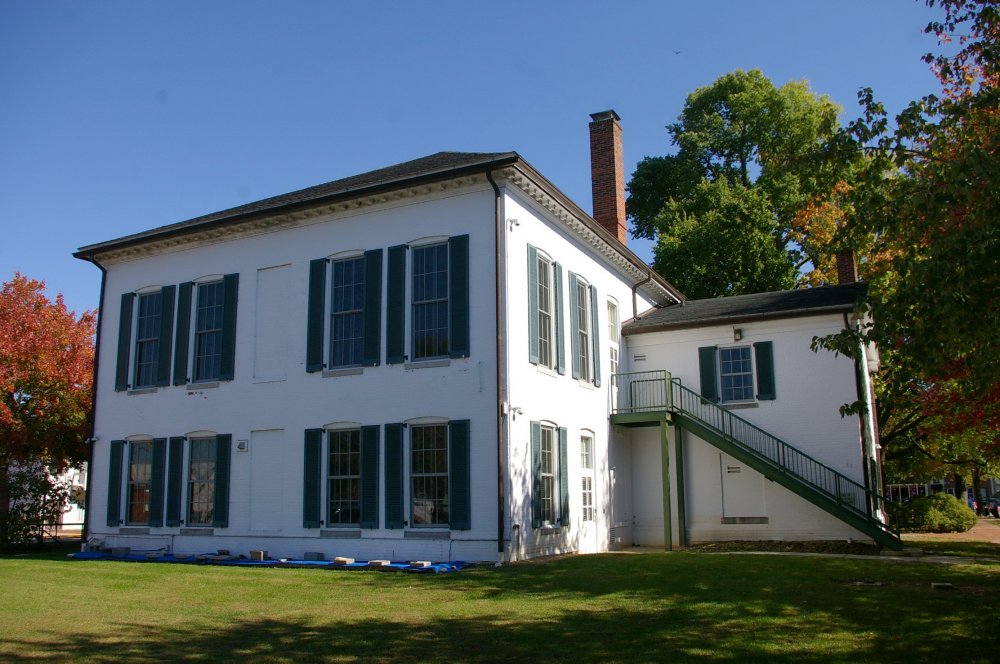 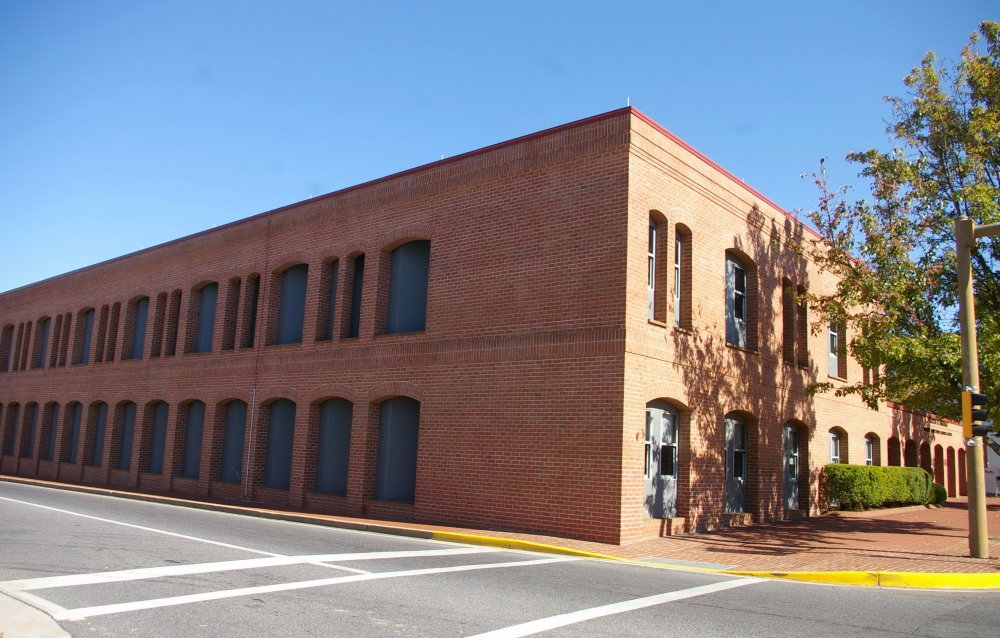