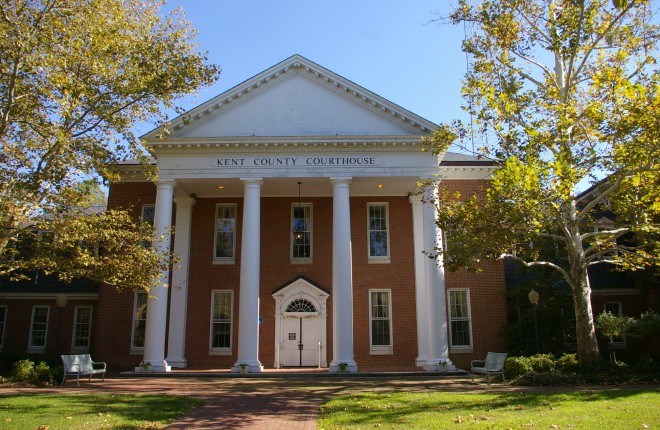 Kent County is named for the County of Kent in England.

Description:  The building faces northeast and is a two story red colored brick and concrete structure. The northeast front has a large portico with four white colored columns rising to a pediment at the roof line. The central entrance is framed with white colored wood. There are small east and west wings which are lower than the main building. The roof is hipped. The old courthouse is along the south side. 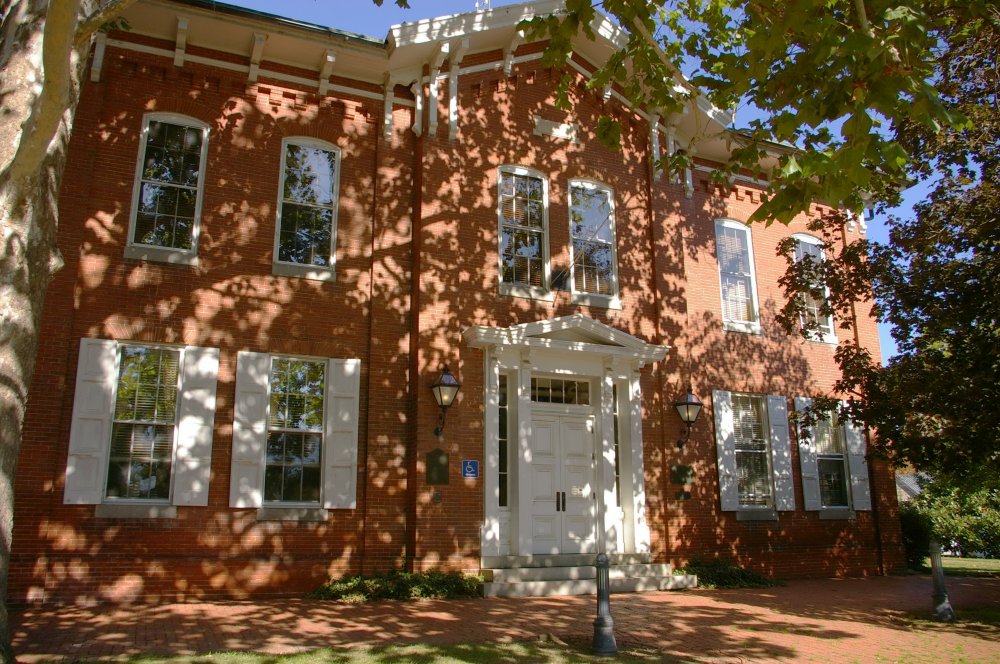 Description:  The building faces southwest and is a two story dark red colored brick Italianate style structure. The front has a central entrance on the first story framed with white colored wood and a small pediment above. The center section projects from the main building and rises to a gable at the roof line. The first story windows have white colored shutters. The eaves of the roof extends from the building. An addition was built in 1884. The architect was J C Neilson and contractor was H M Stuart. A further addition was constructed and the building was remodeled in 1937. The architect was Henry Powell Hopkins and Allan Burton. 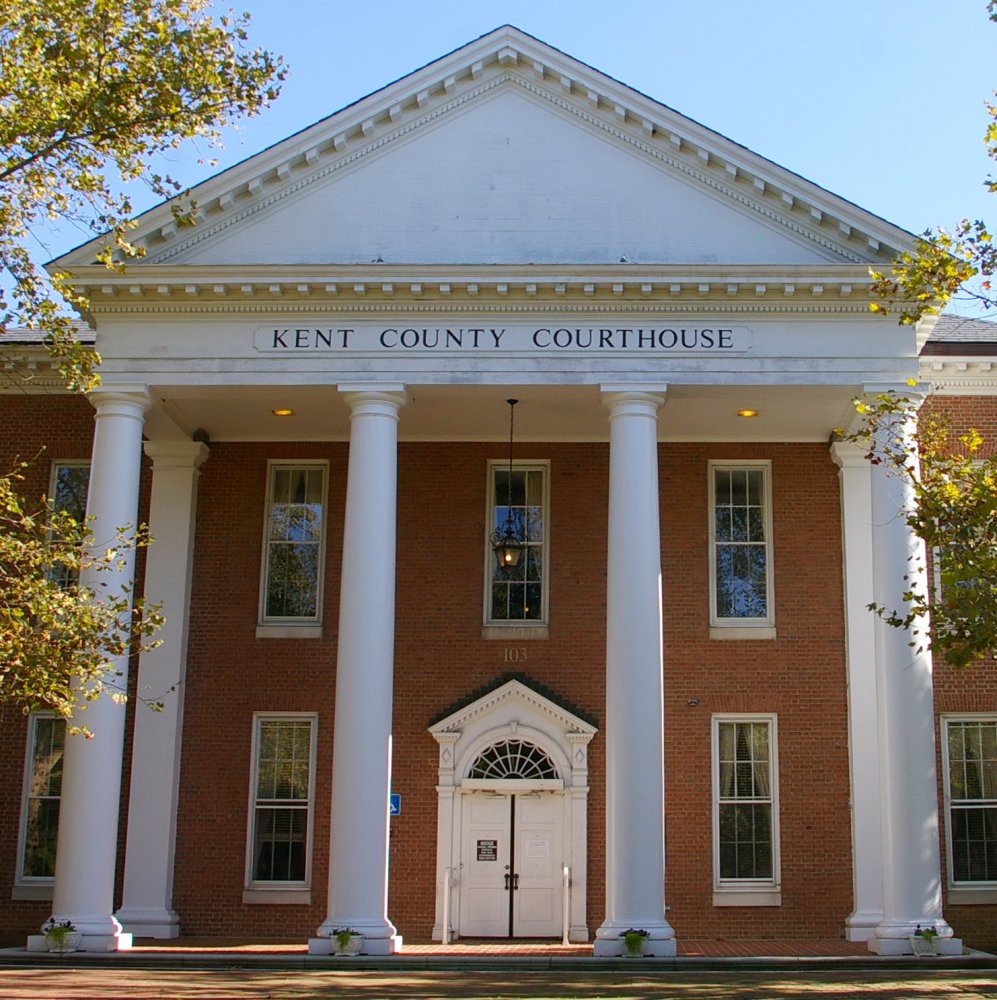 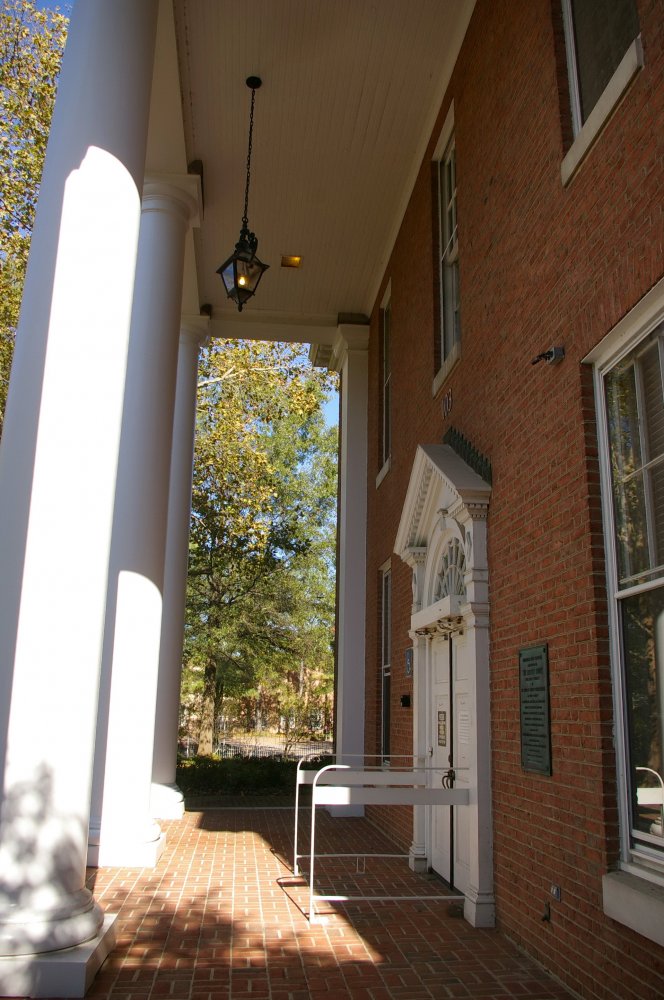 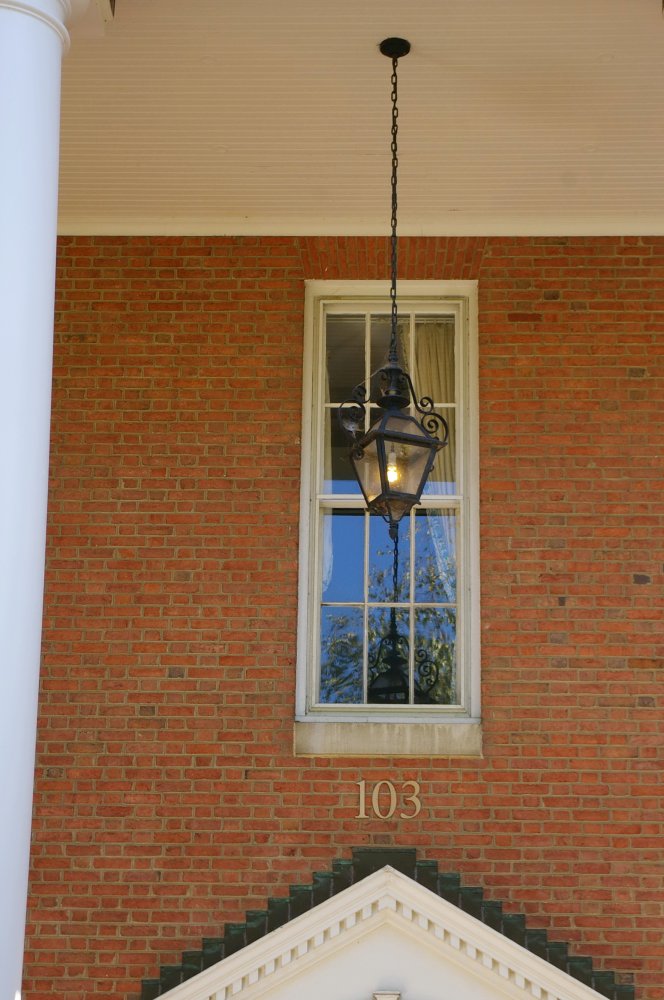