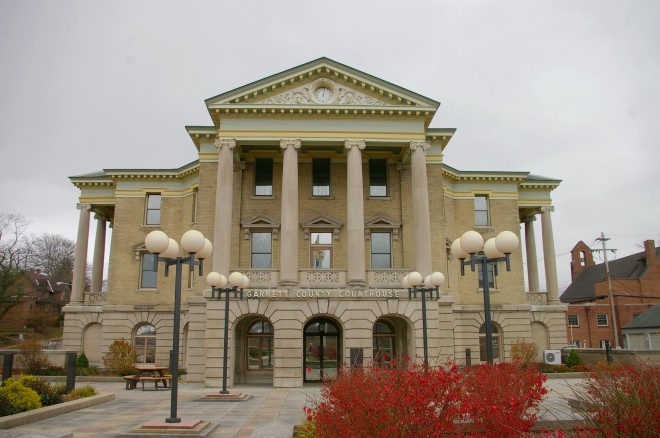 Garrett County is named for John Work Garrett, who was president of the Baltimore and Ohio Railroad

Description:  The building faces west and is a three story buff colored brick and stone structure. The building is located on landscaped grounds in the center of Oakland and is designed in the form of a Latin Cross. The west front has a large portico with three arches on the first story and four columns rising to a pediment at the roof line. The pediment contains a clock and ornamentation. The building has north and south wings which have similar porticos. On the center of the roof is a large dome with eagle state at the top.

History:  The county was created in 1782 and Oakland was designated as the county seat. The first courthouse was built in 1877, and stood at Fourth Street and Green Street, until it was replaced by a new and more elaborate structure in 1908. The second and present courthouse was constructed in 1907 to 1908 at a cost of $60.692. 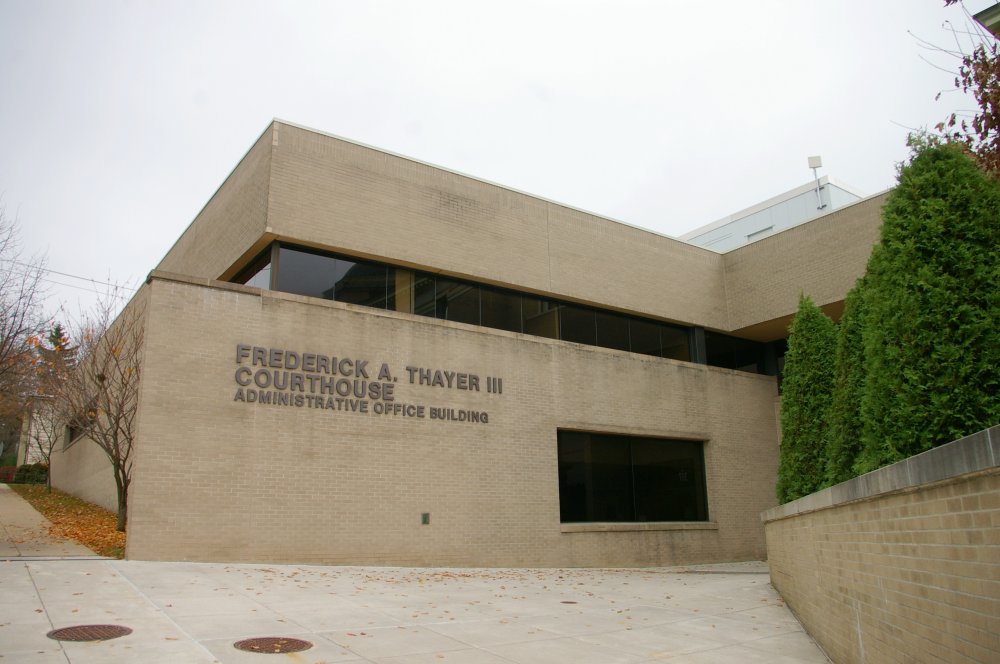 Description:  The building faces west and is a two story concrete and glass structure. The building faces north and was completed in 1979. The building is located on the east side of the courthouse in the center of Oakland and follows the slope up the hill to 4th Street. The building is called the Frederick A Thayer III Administration Office Building. The entrance on the north side is recessed. The windows are horizontal and run below the flat roof line. 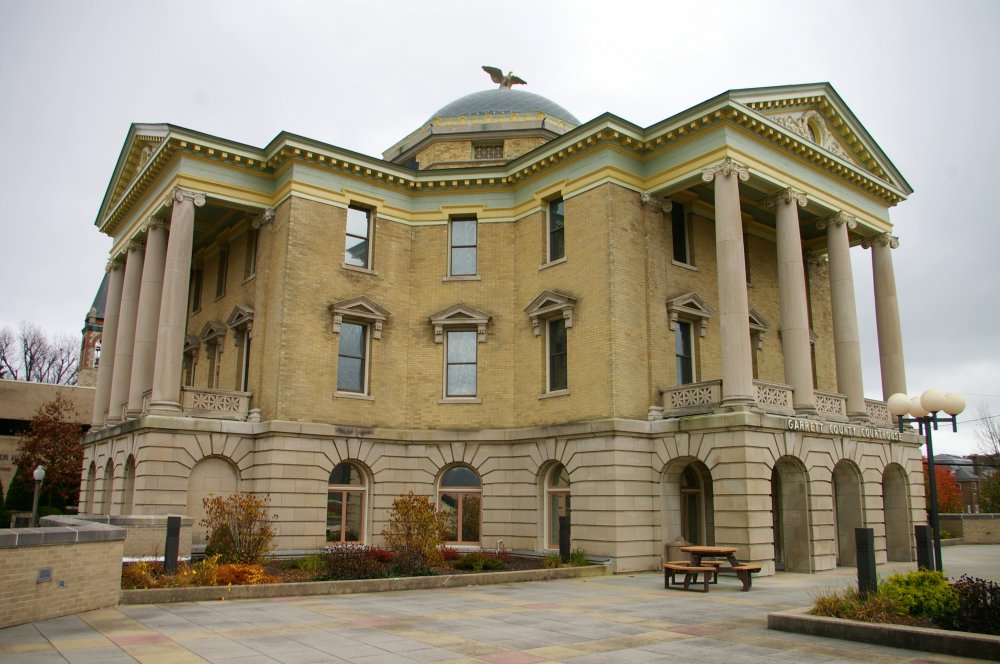 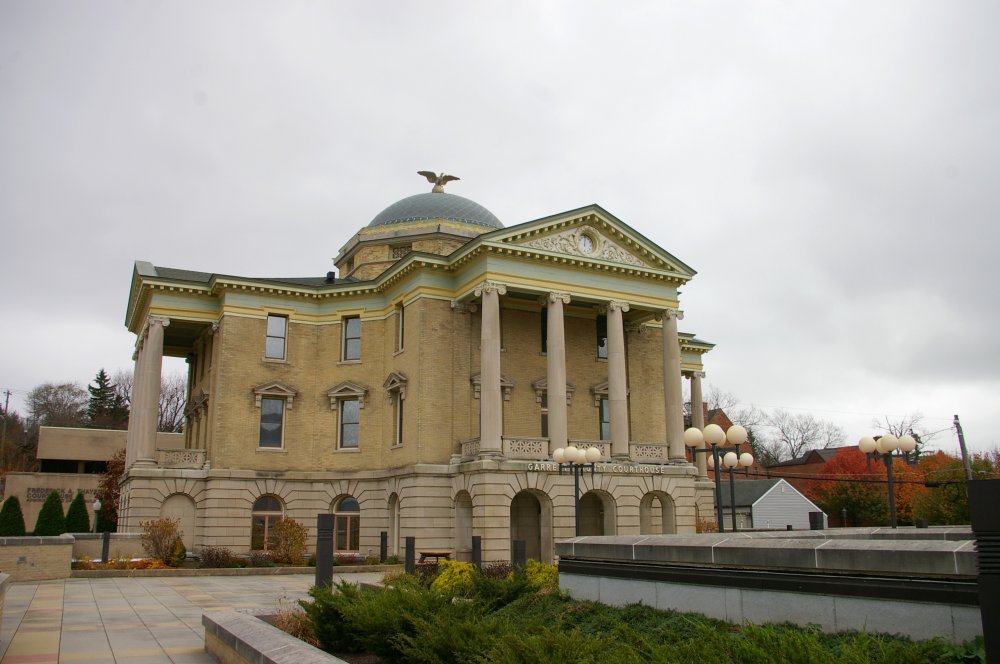 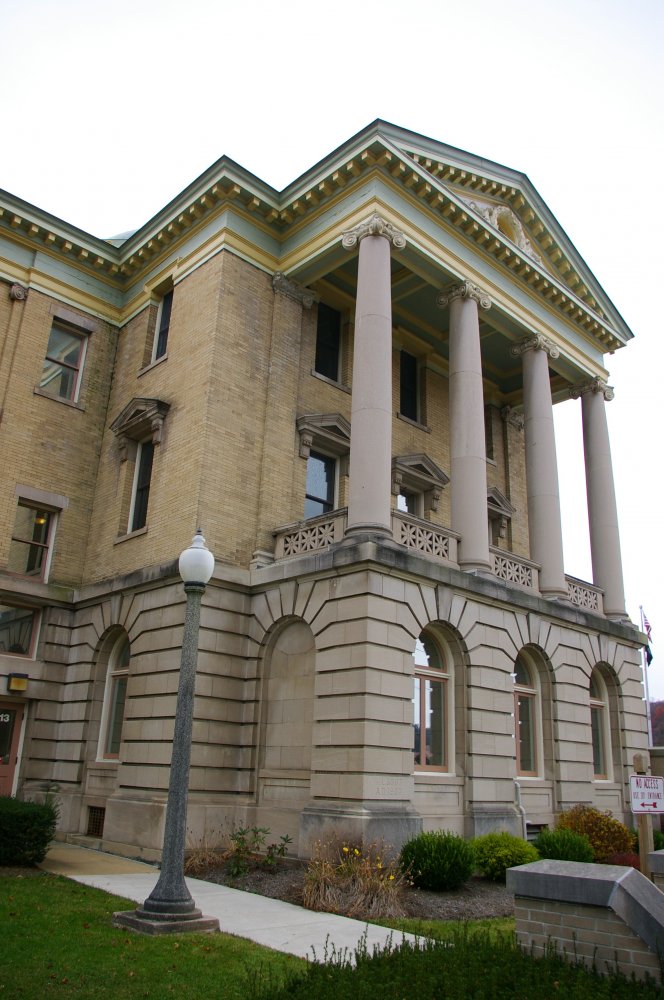 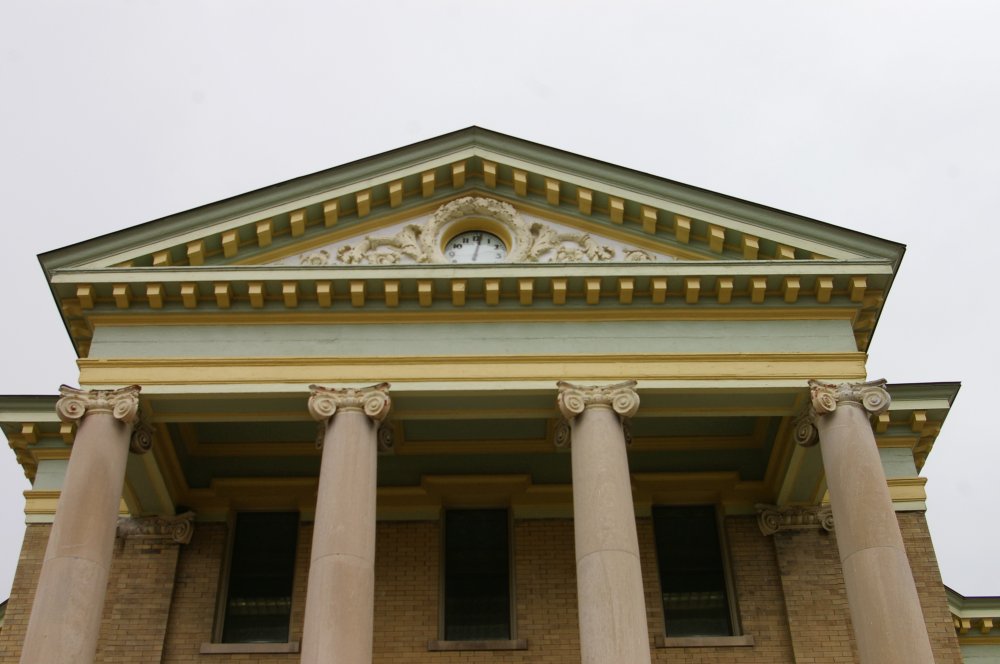 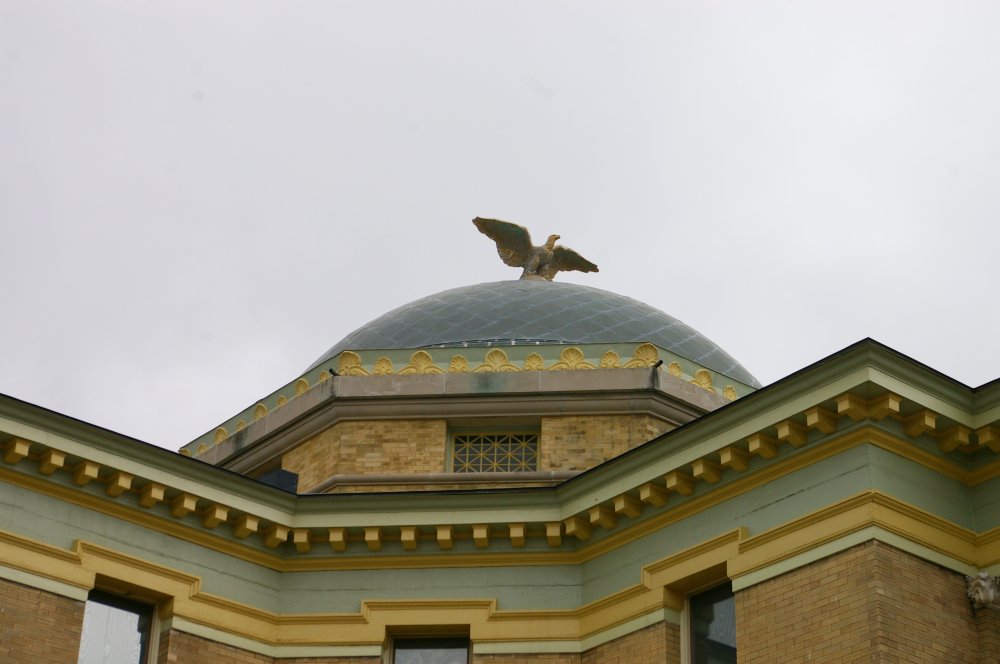 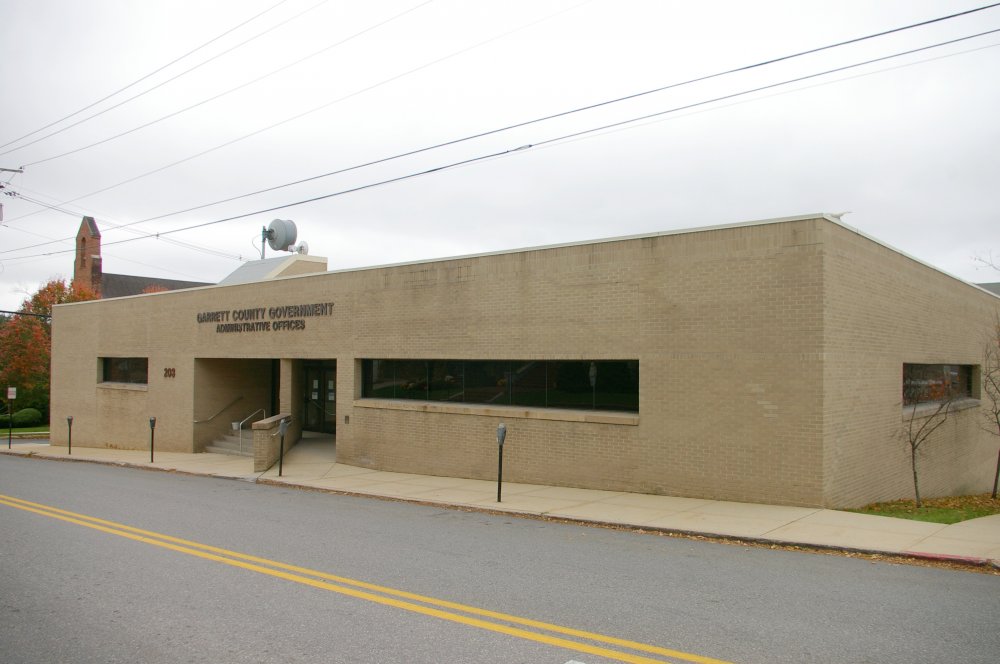