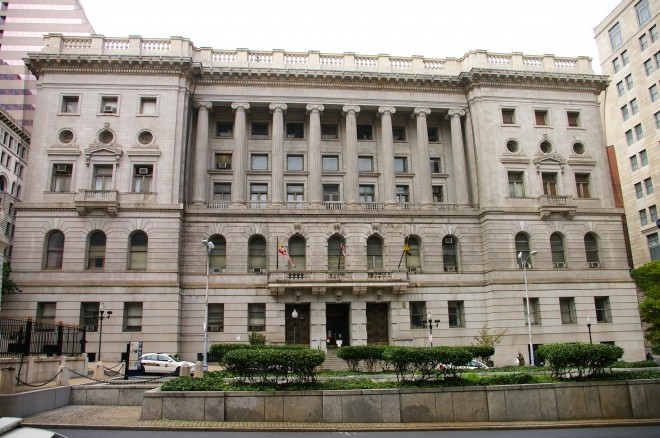 Baltimore is named for Charles Calvert, who was the 5th Baron Baltimore.

Description:  The building faces east and is a six story granite and concrete structure. The building sits on the west side of Battle Monument Square and occupies a full city block. The west front has a recessed center section with three recessed entrances on the first story and balcony on the second story with arched windows. Above are eight Ionic columns, each weighing 35 tons and being 31 feet in height, which support the base of the roof facing Calvert Street. Along the flat roof line is a balustrade. Granite wraps the basement level and provides a solid base for the white colored marble-six story courthouse facade. The building is named as the Clarence M Mitchell. Jr. Courthouse.

Note:  The cost of construction was $2,250,000. The granite was quarried from Woodstock, Maryland. 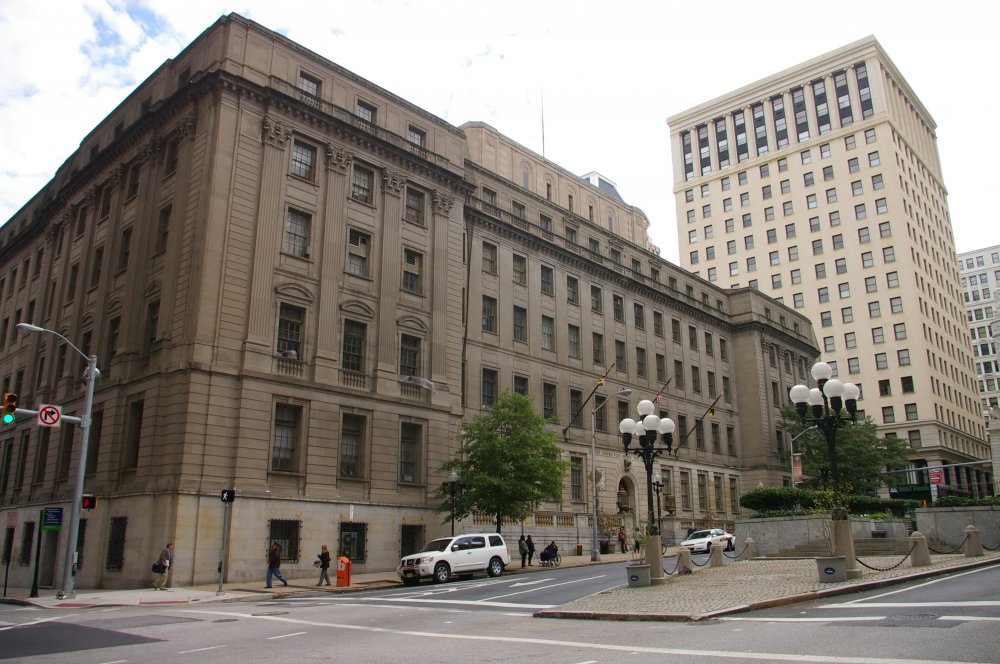 Description:  The building faces west and is a six story granite and concrete structure. The building sits on the east side of Battle Monument Square and occupies a full city block. The building was formerly the United States  Post Office. 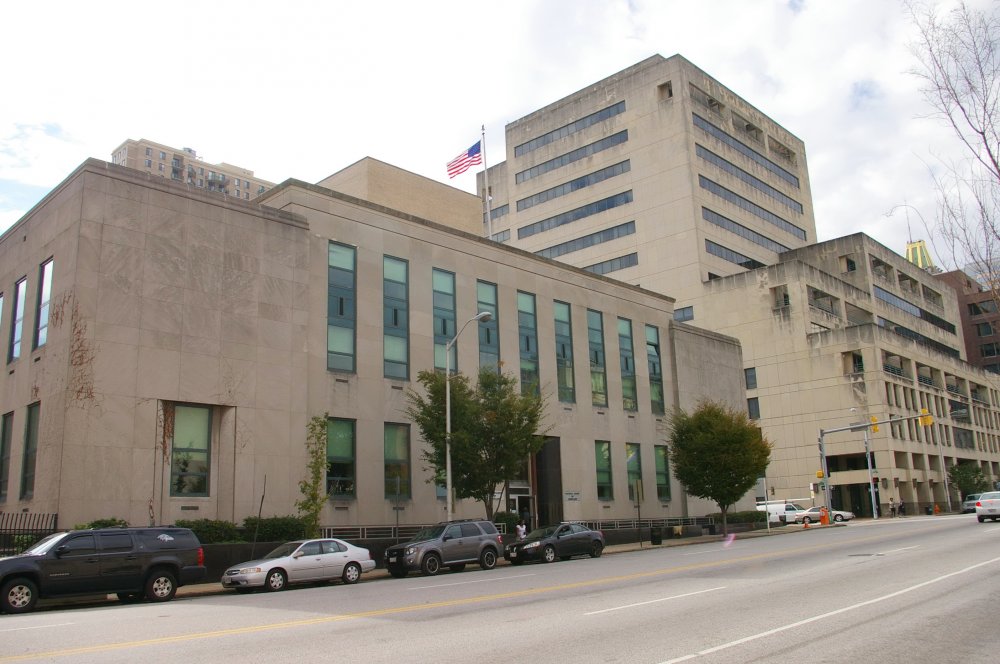 Description:  The building faces north and is a three story concrete structure. The north front has a central entrance on the first story and vertical windows on the second and third stories. The east and west sections project from the main building. And are lower, being two stories. The east and west sides have stone framed entrances. The roof line is flat. The building houses the District Court ( Civil ) of the 1st District and is named as the Peoples Court Building. 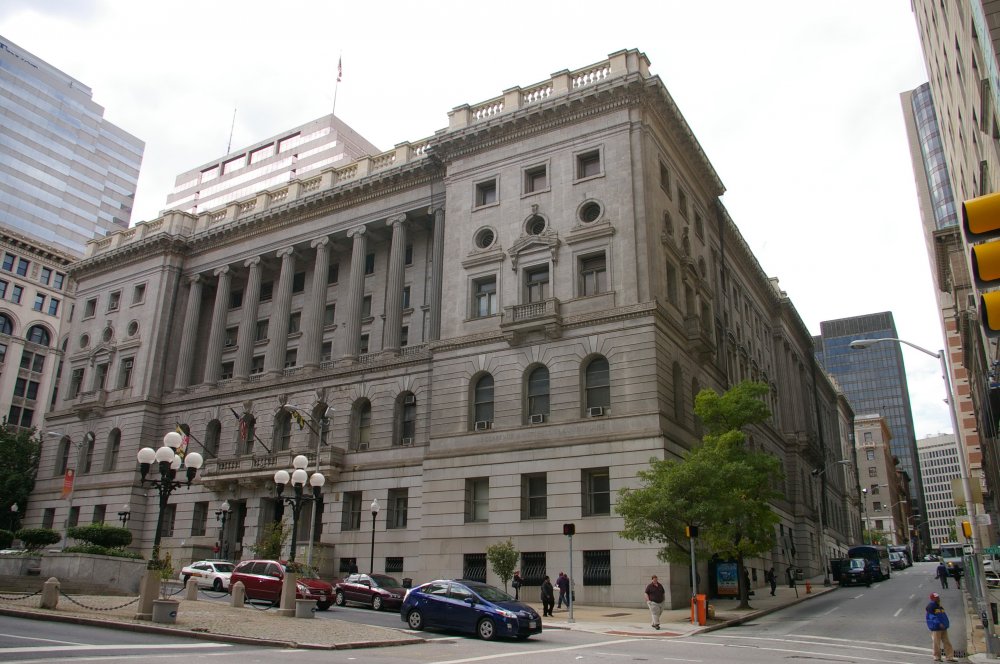 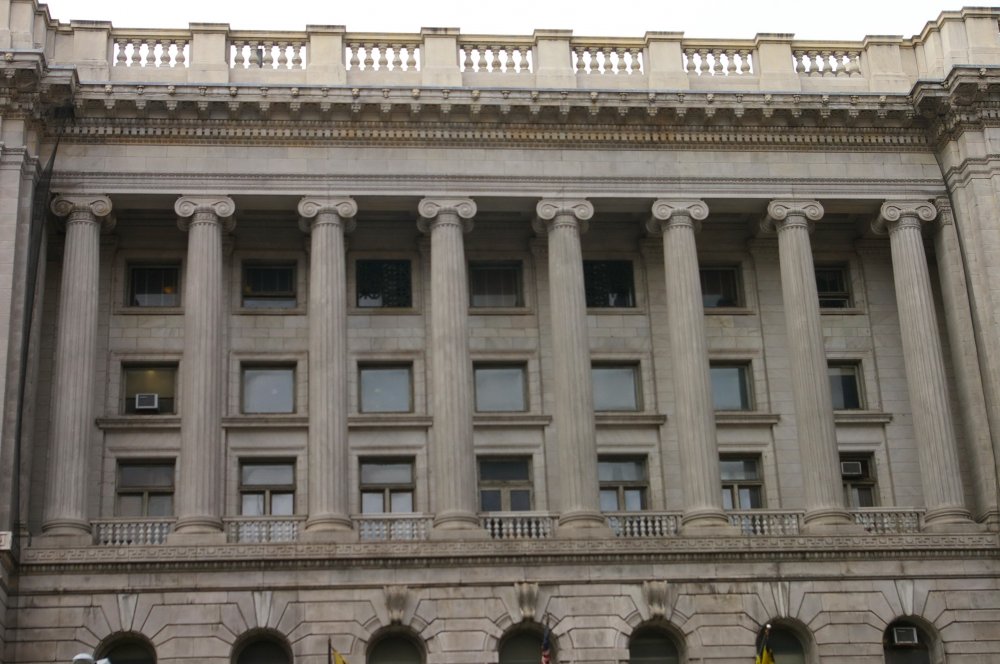 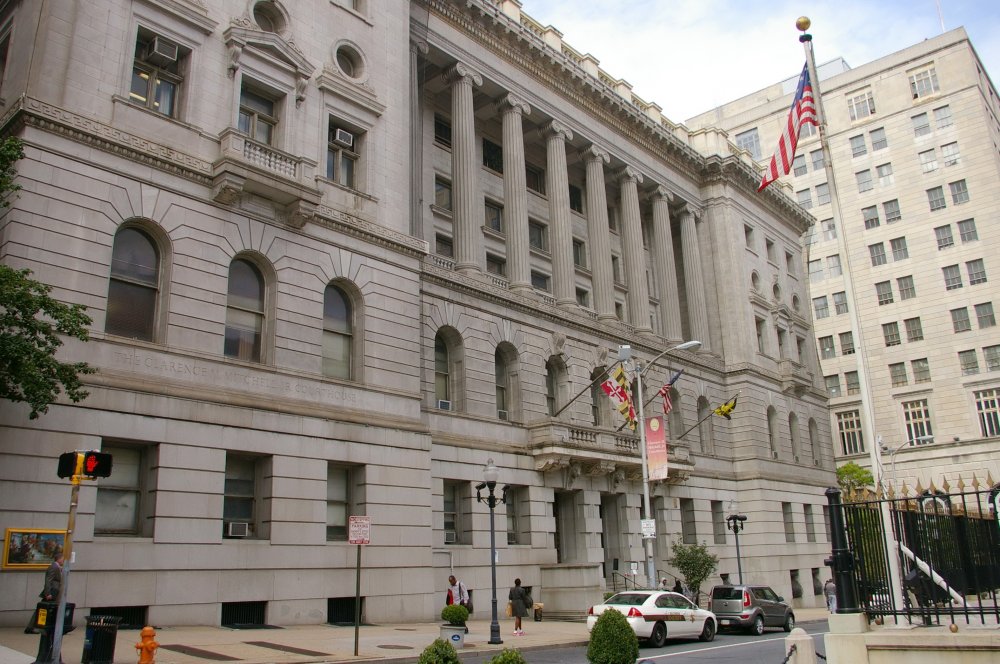 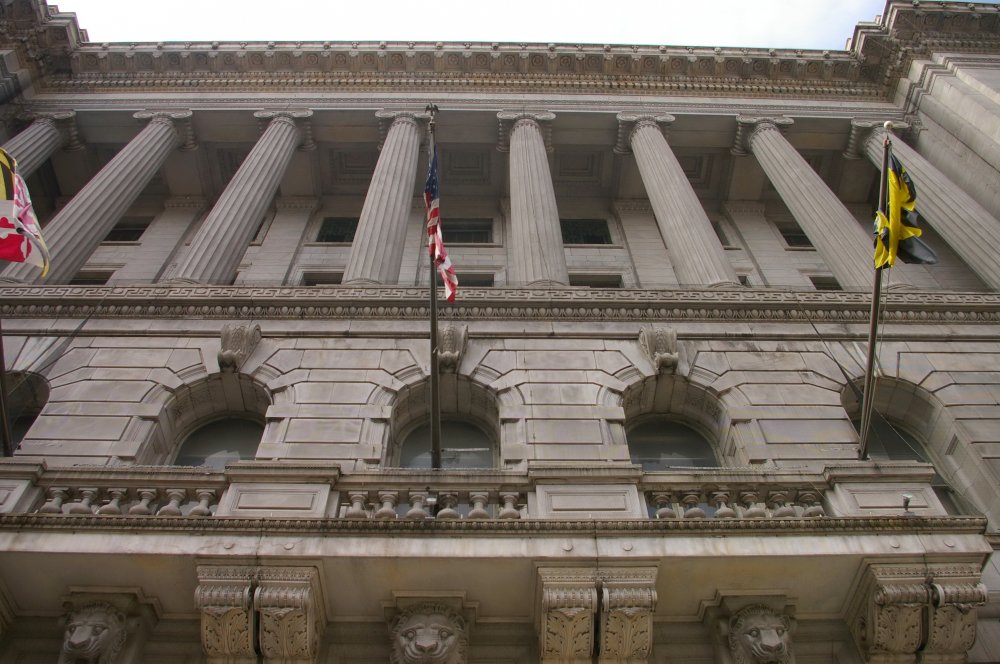 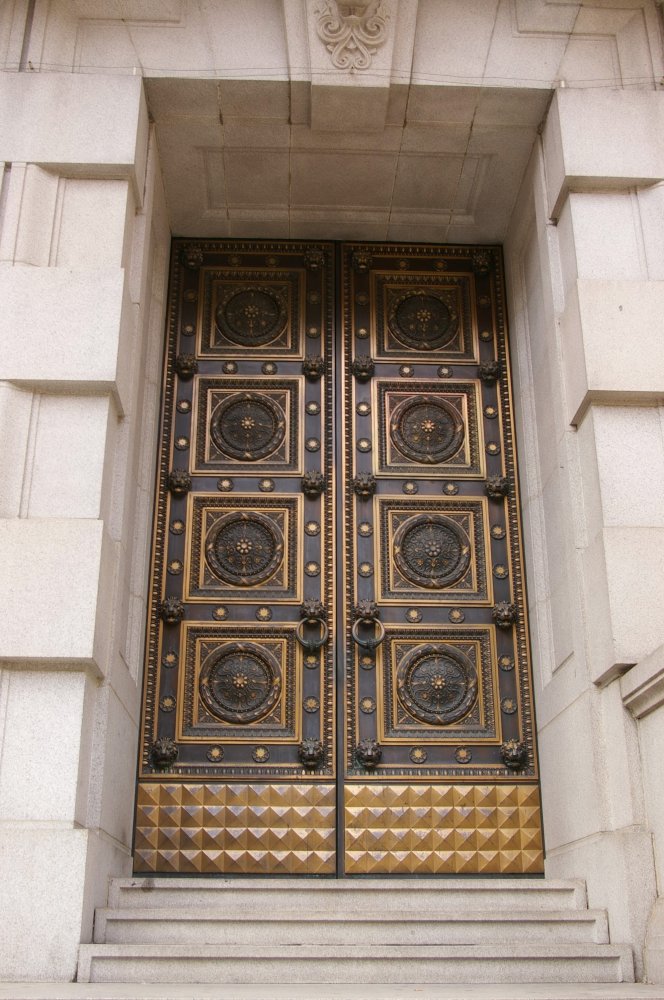 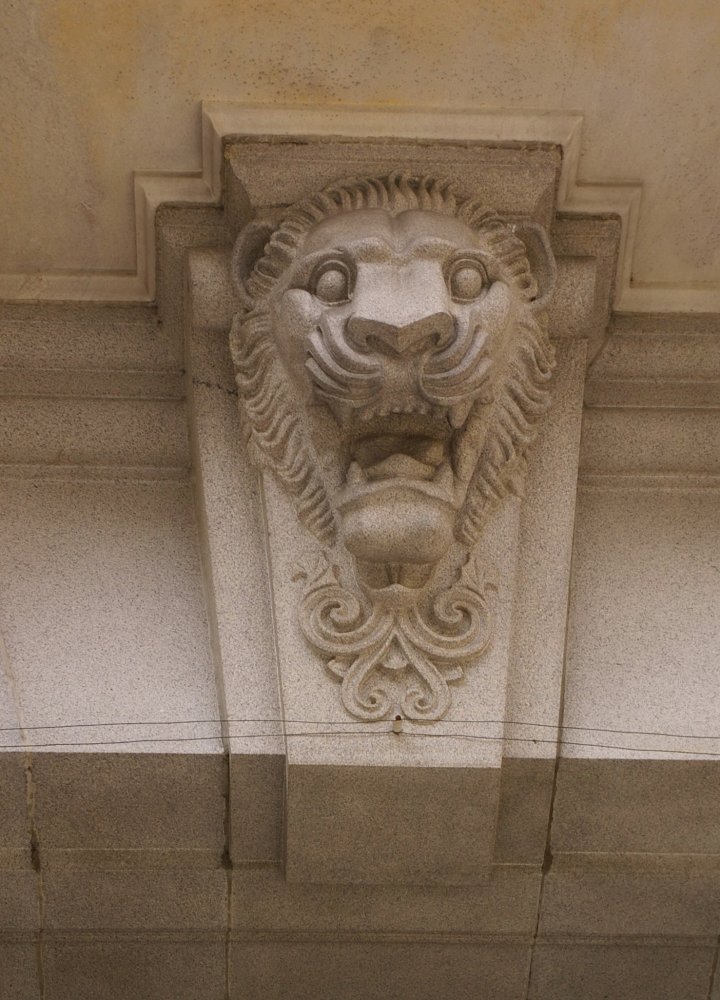 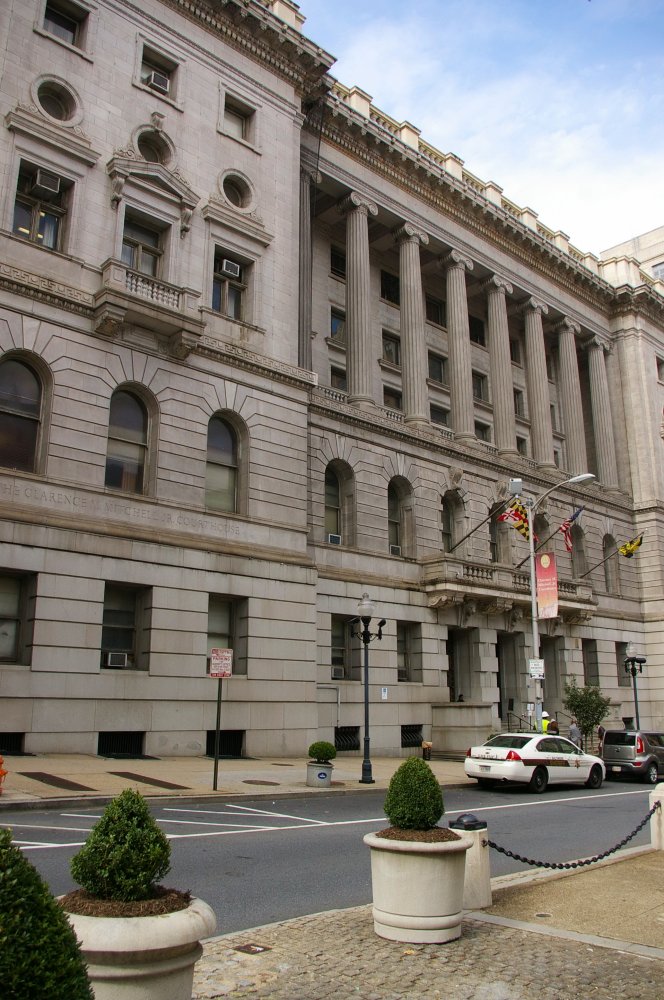