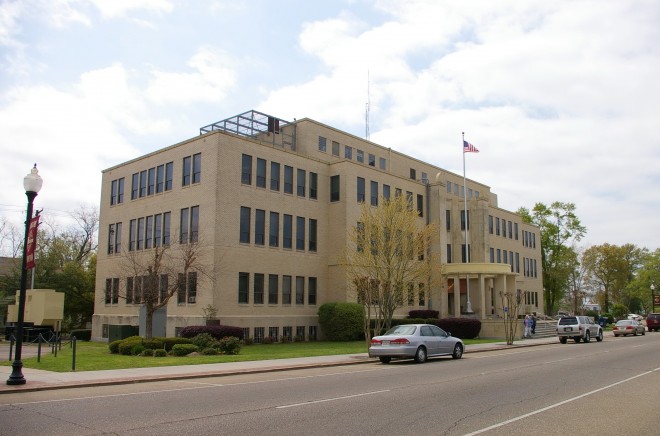 Description:  The building faces northwest and is a four story buff colored brick structure. The building is located on landscaped grounds in the center of Minden. The northwest front has a semi-circular portico with columns. Above the entrance are murals. The center section projects from the main building. The roof line is flat. The courtrooms are located on the second story. Renovation were done in 1974. The architect was Somdal-Smitherman-Sorensen-Sherman Associates  and the contractor was McInnis Brothers. 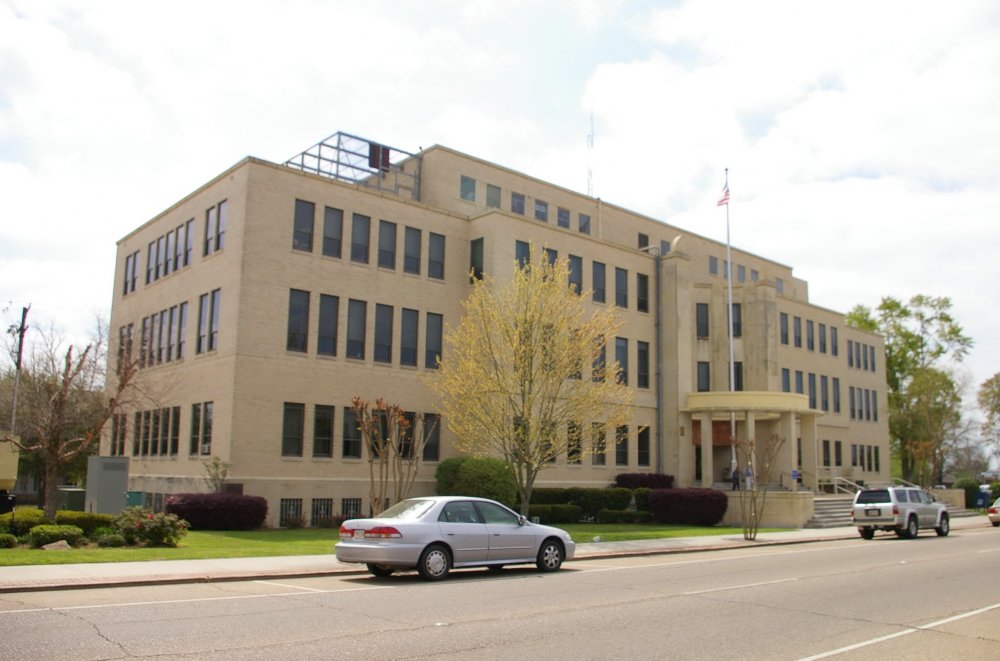 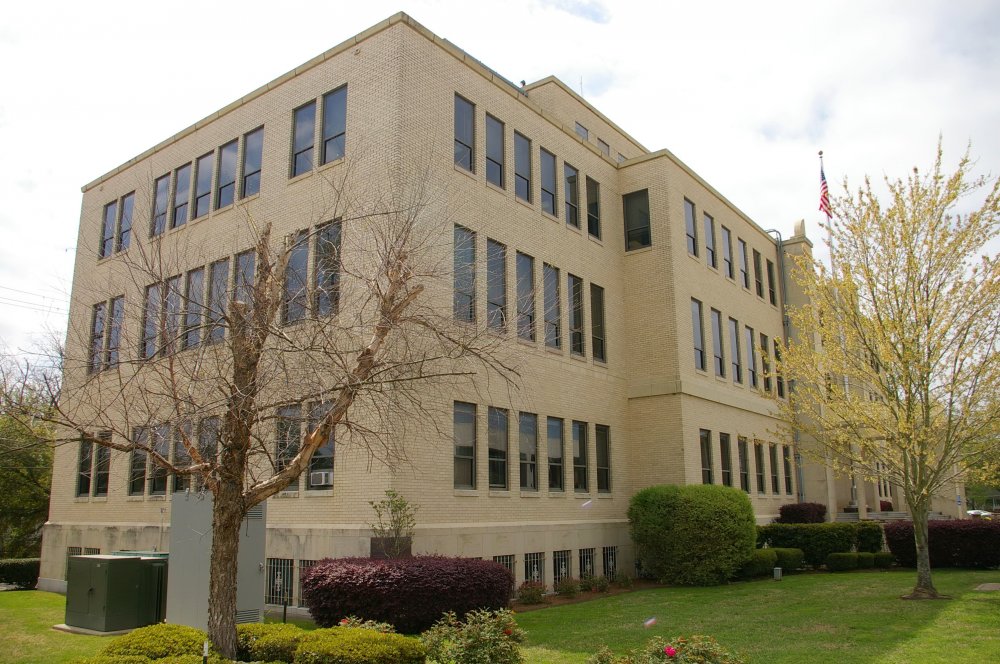 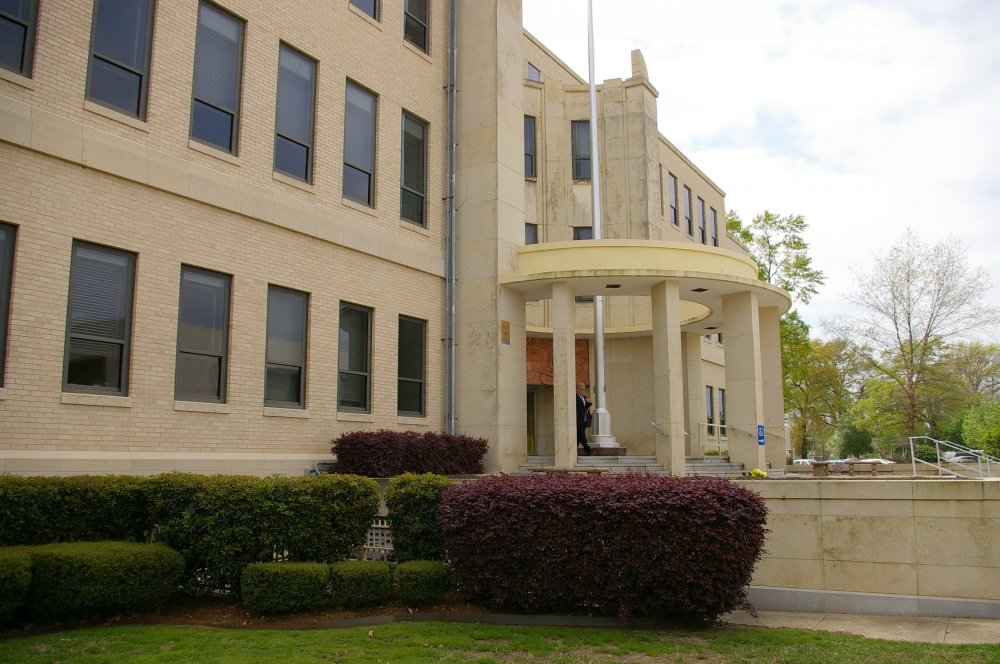 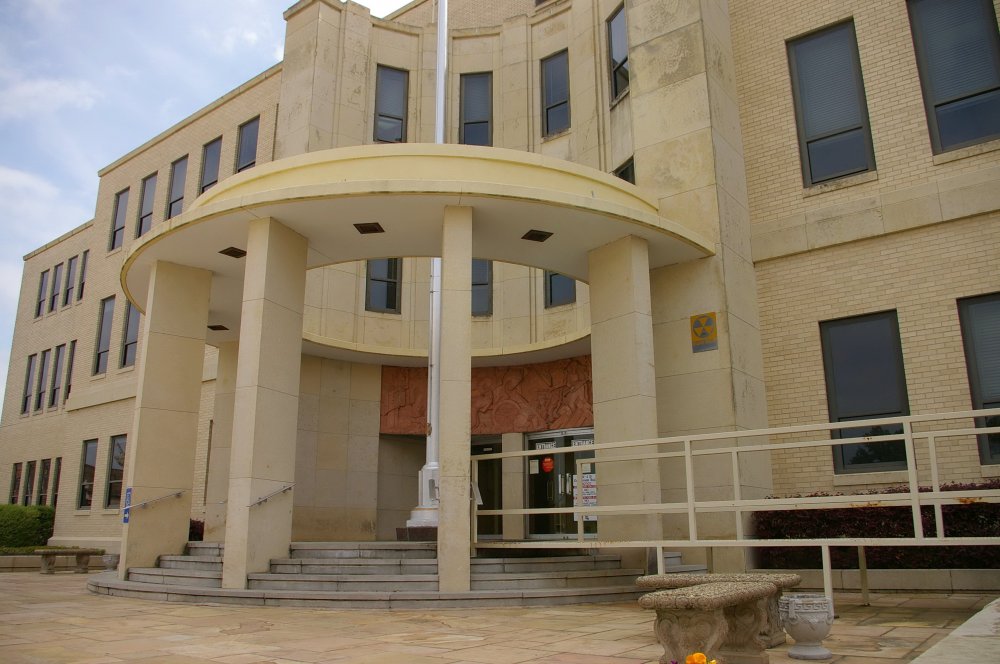 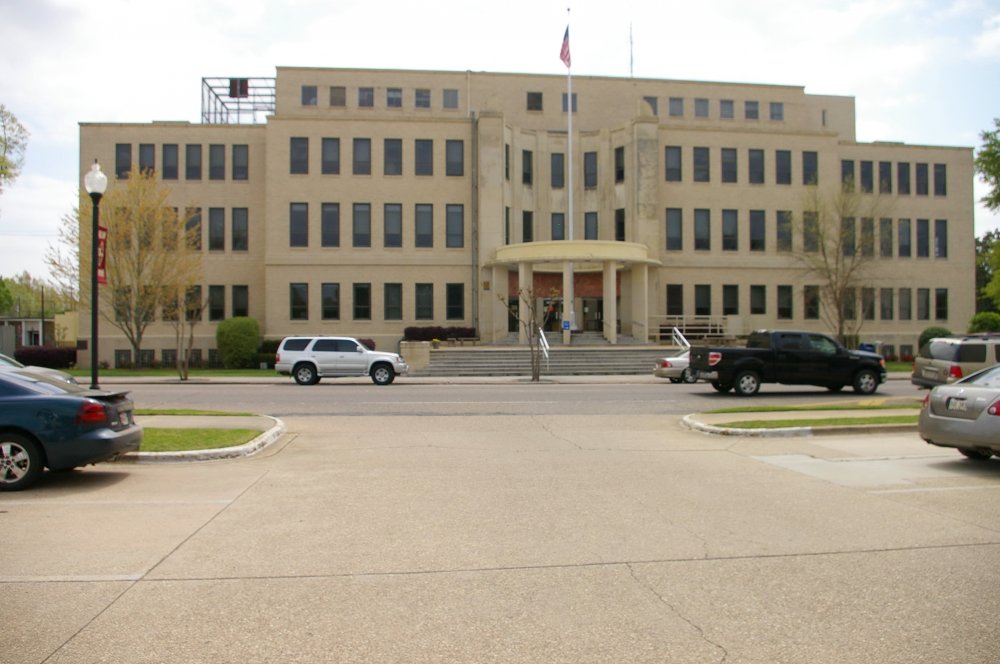 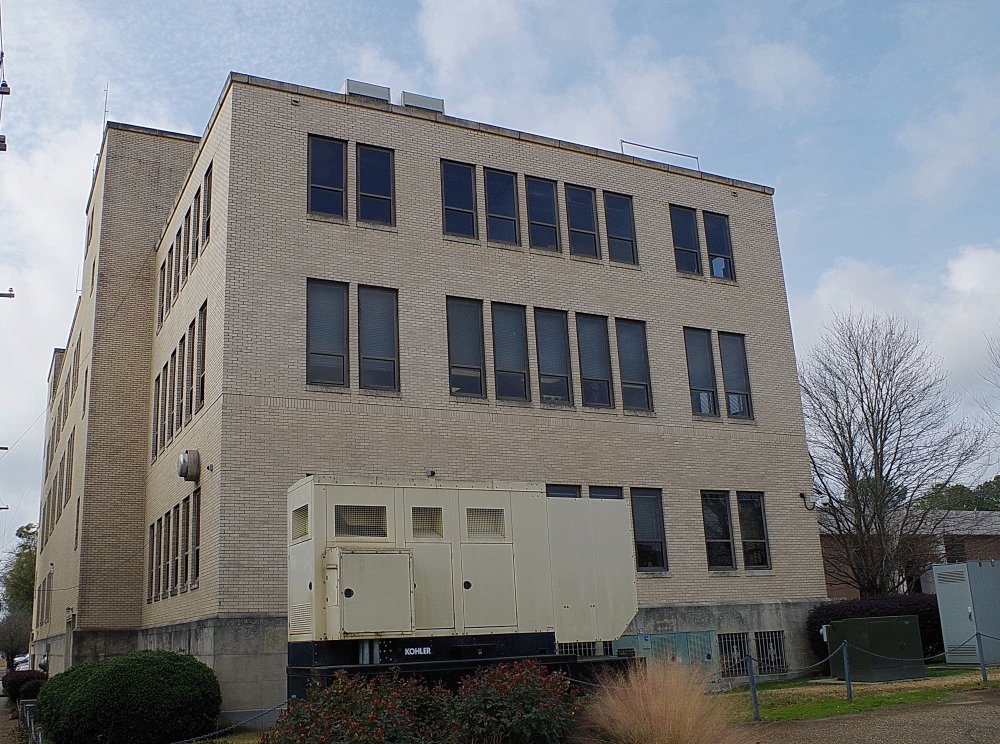 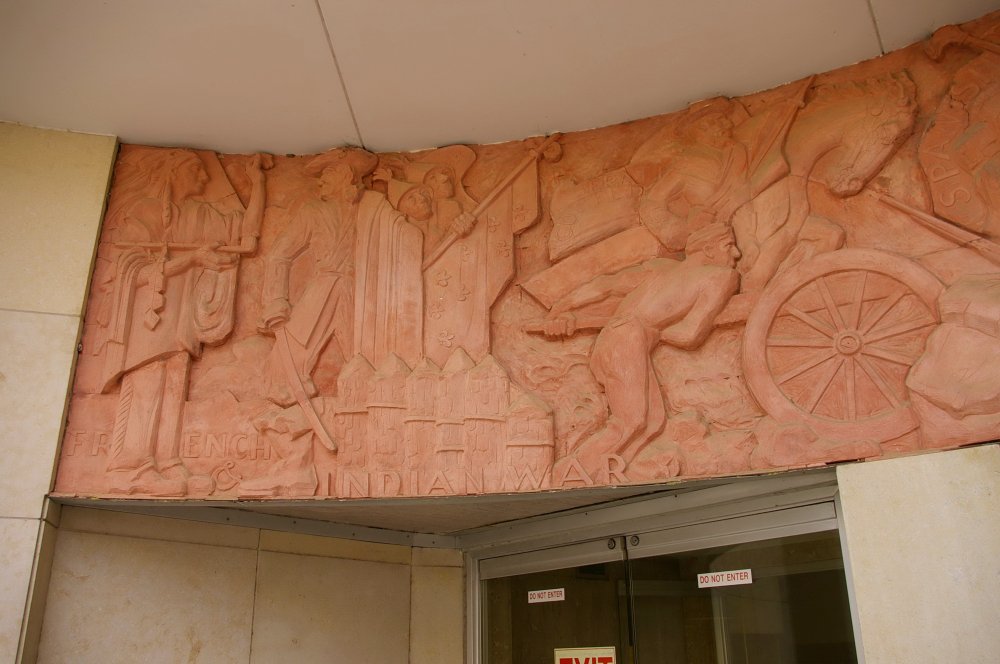 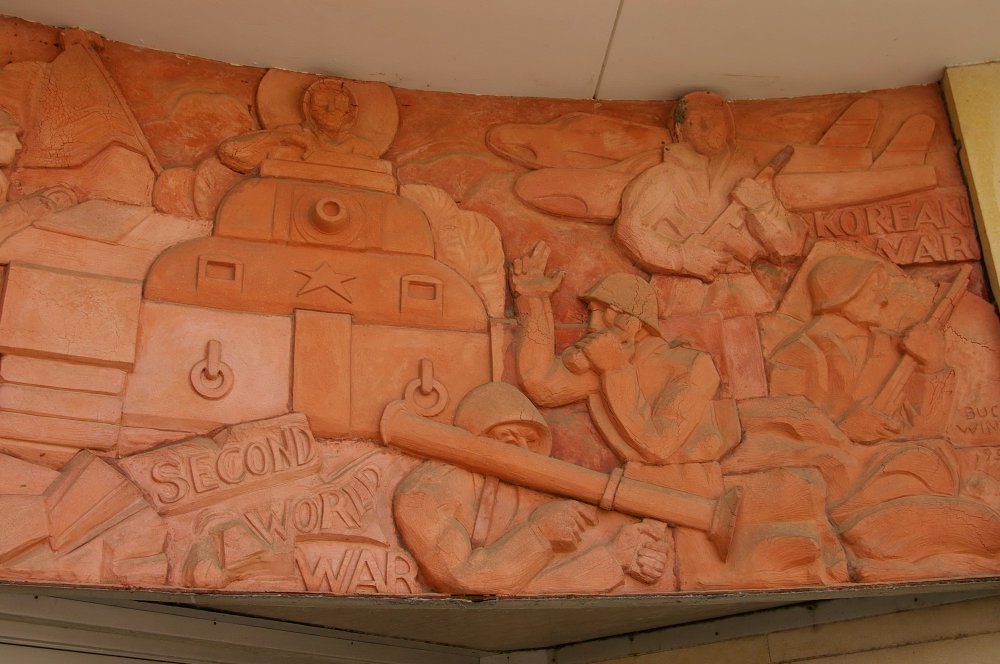 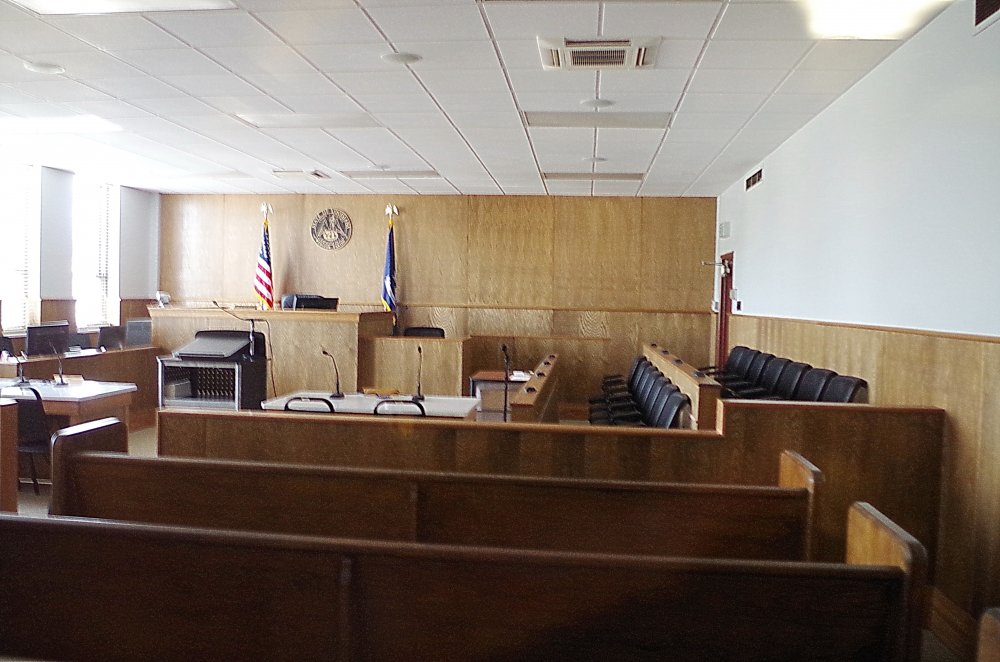