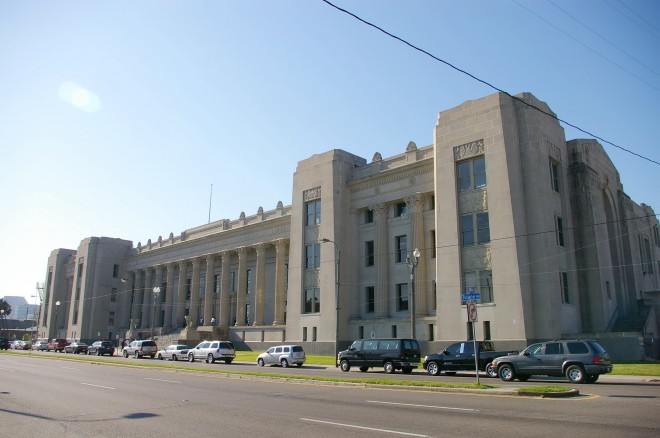 Orleans Parish is named for the Duke of Orleans, who was the regent of France.

Description:  The building faces northeast and is a three story concrete structure with Art Deco elements. The building is located on landscaped grounds the north side of the center of New Orleans. The center section on the east side has twelve high columns with wide header above. Wide steps ascend to the central entrance. On the south and north of the front are two projecting square towers on either side. The roof line is flat. 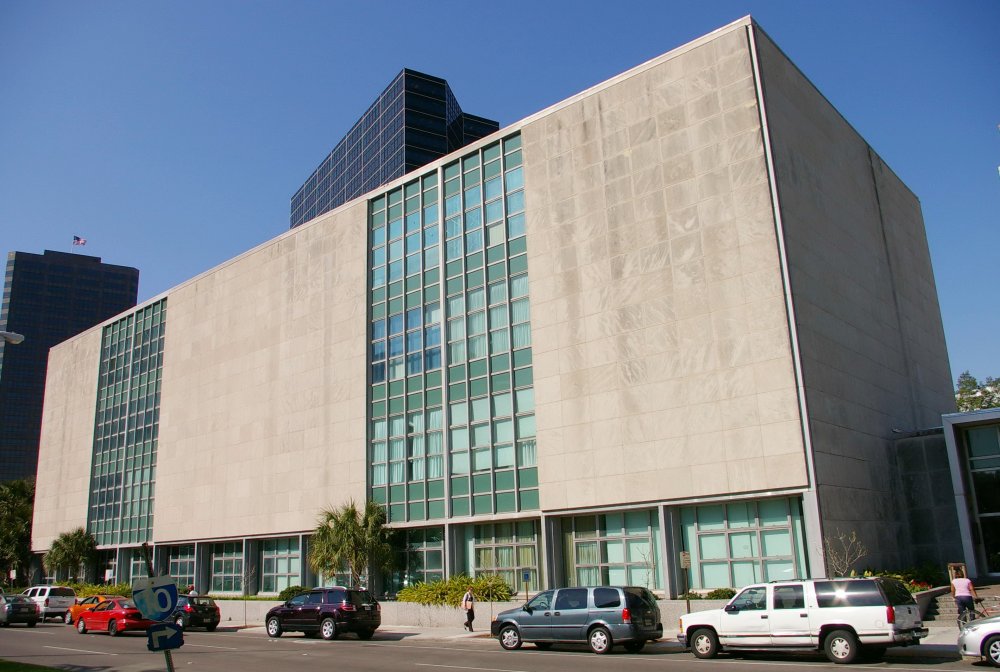 Description:  The building faces east and is a four story glass and concrete structure. The building is located on landscaped grounds in the center of New Orleans. The entrance on the north side is one story with glass doors and stone facing. The main building has glass windows along the first story and vertical glass windows between stone facing on the east side. The building is connected to the City Hall on the west side. The roof line is flat. The building contains eighteen courtrooms. An addition was constructed in 1984. The architect was Anothony J Gendusa. Jr. and Michael A Piazza and the contractor was Mickey Construction Company, Inc.

Note:  The lowest point in Louisiana is New Orleans at minus 5 feet ( -1.5 meters ) which is located in the county.

See:  Located in the Parish is the Louisiana Supreme Court and Louisiana Fourth Court of Appeal 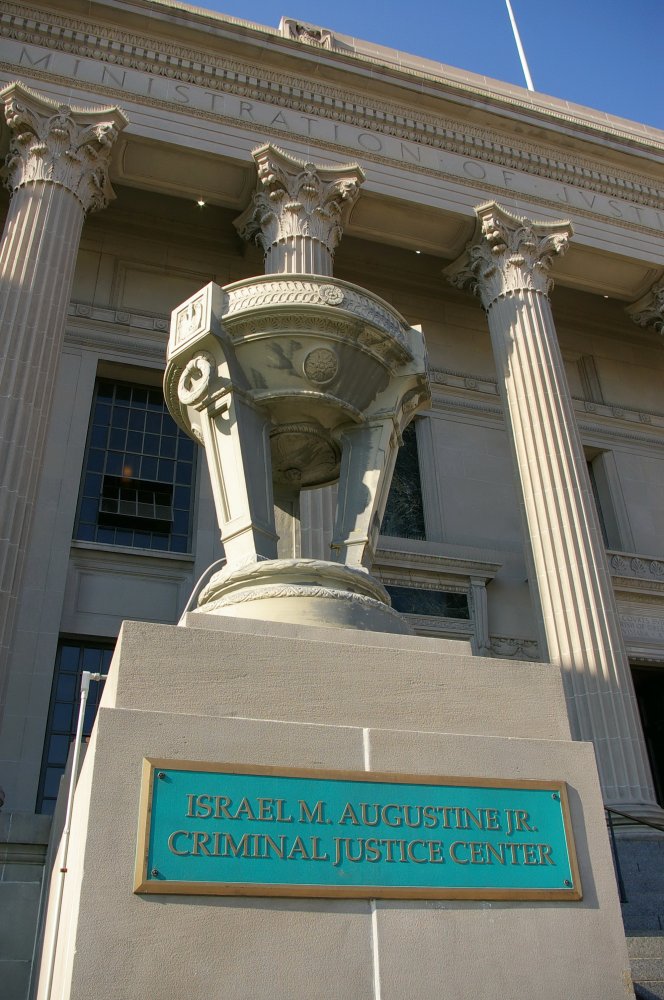 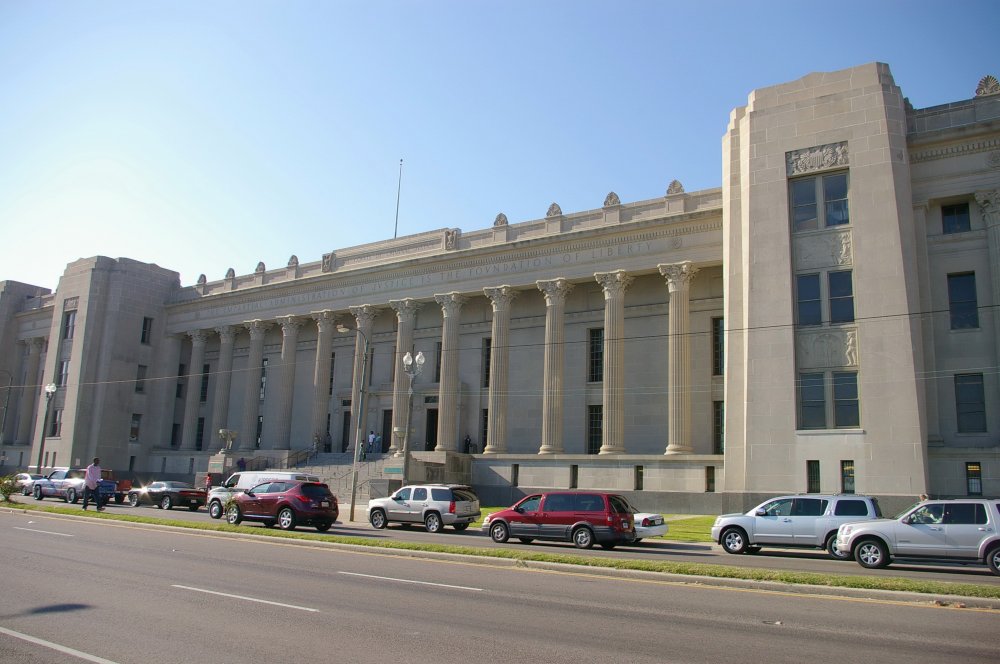 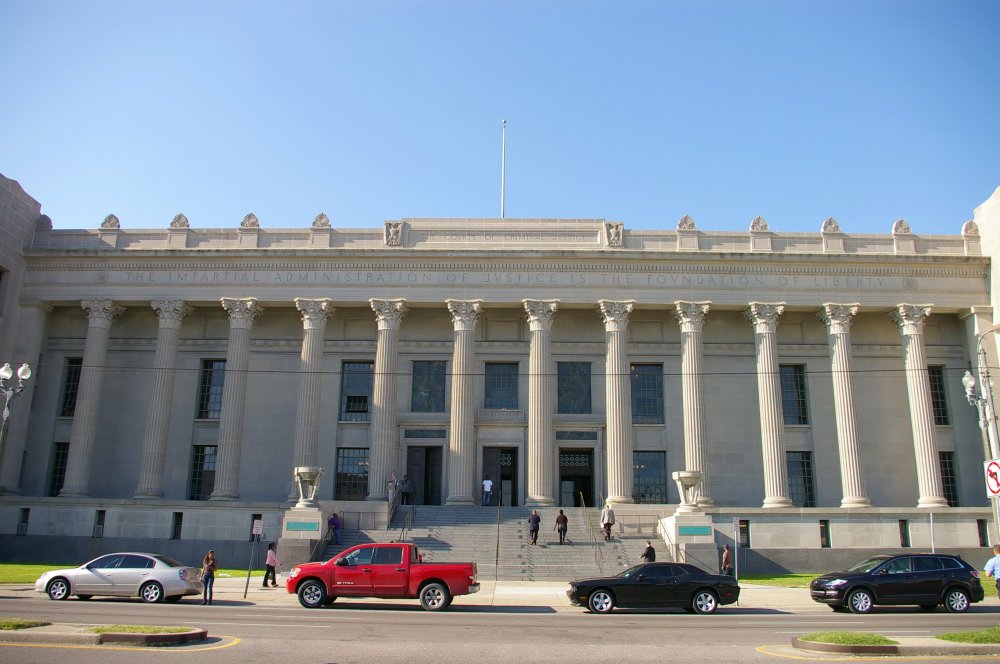 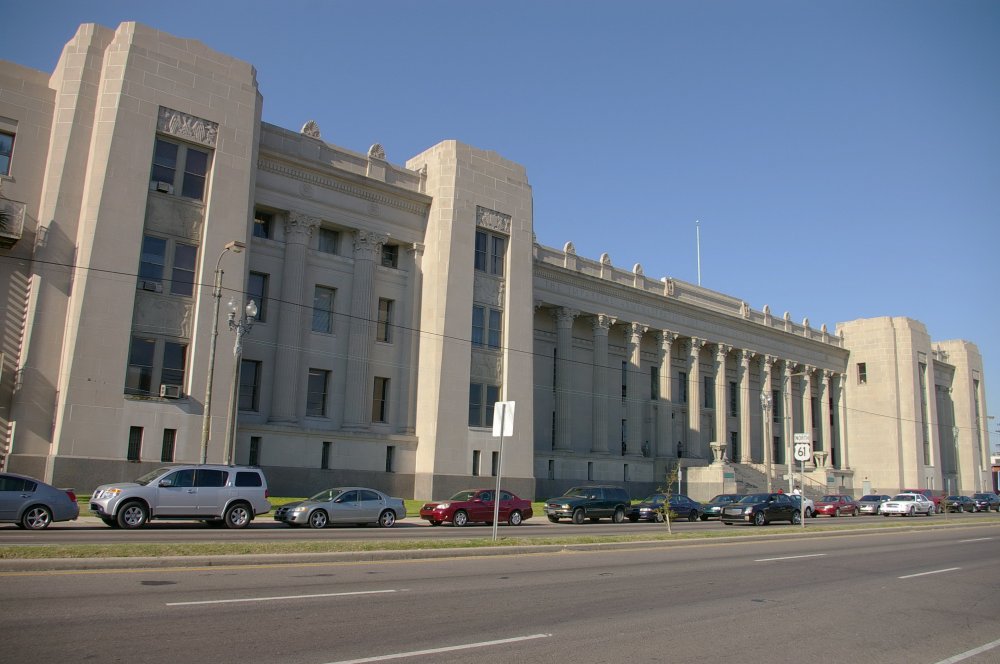 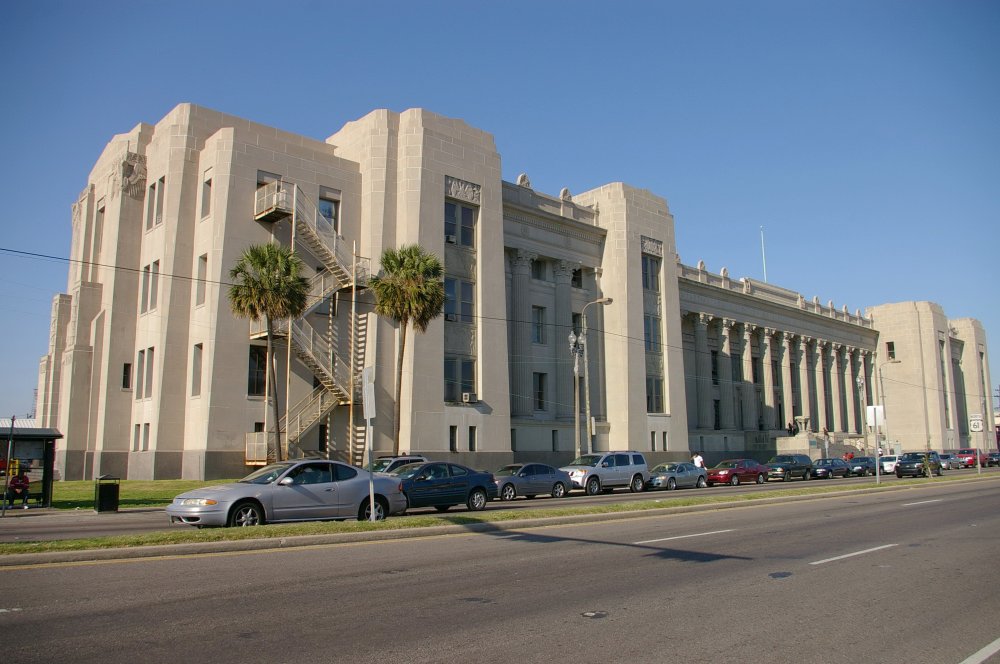 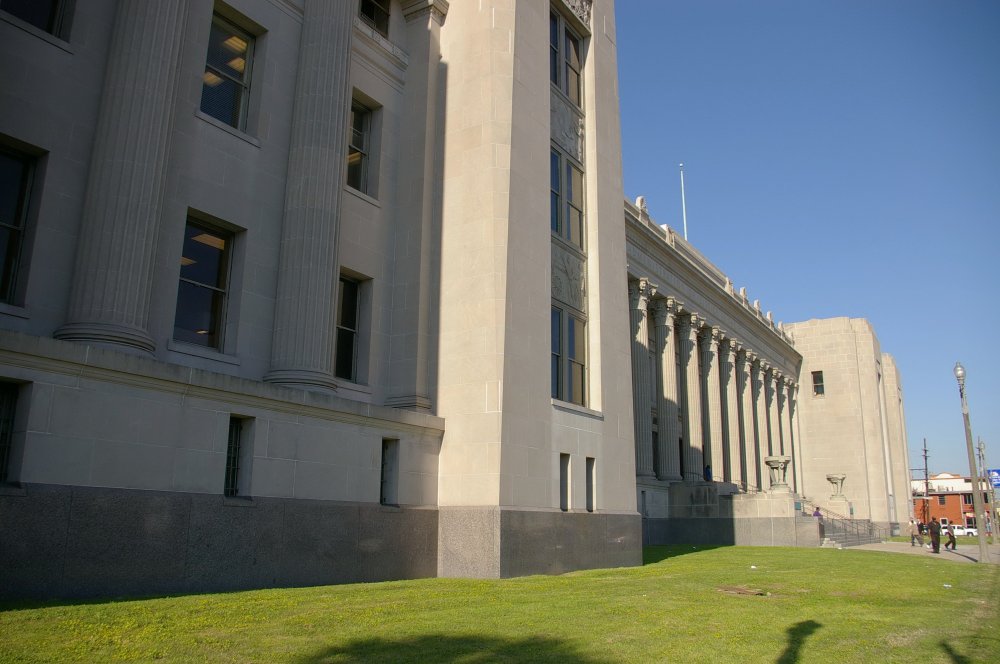 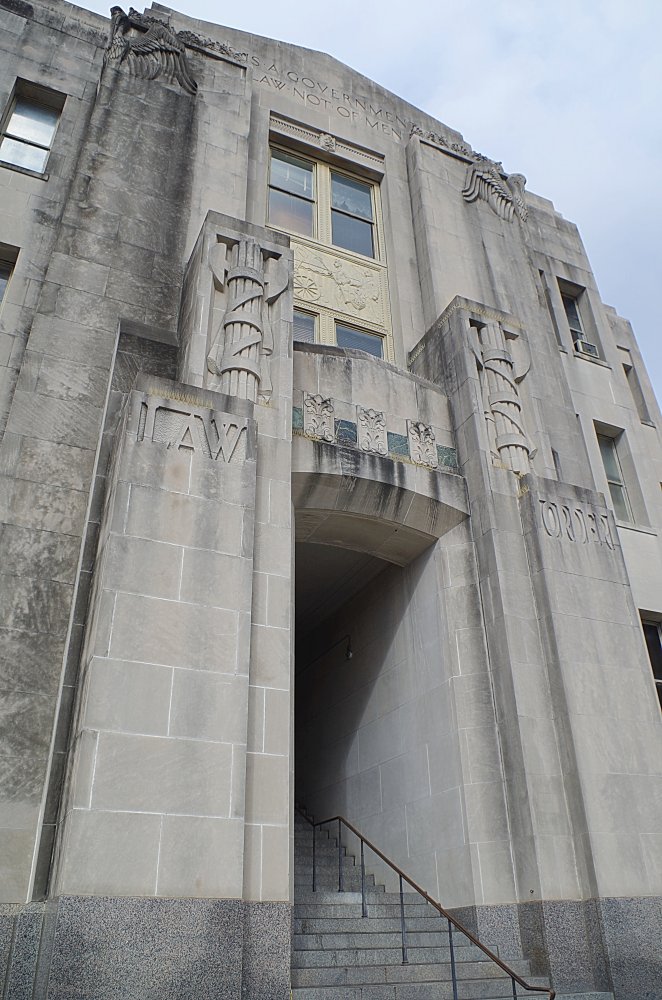 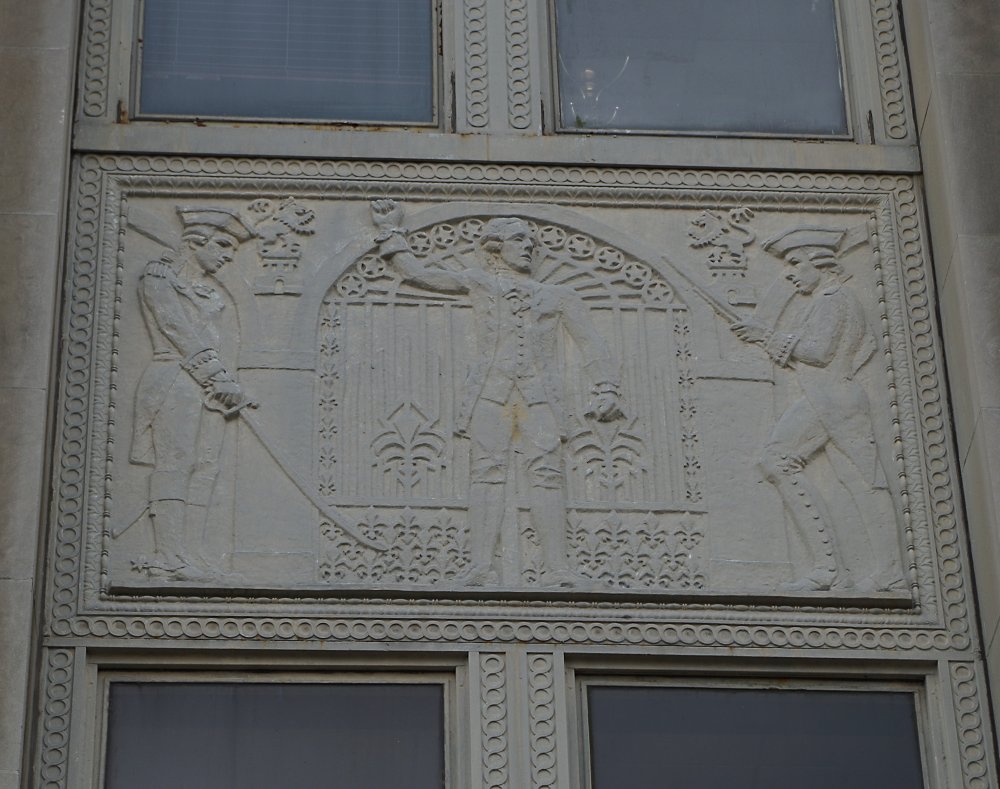 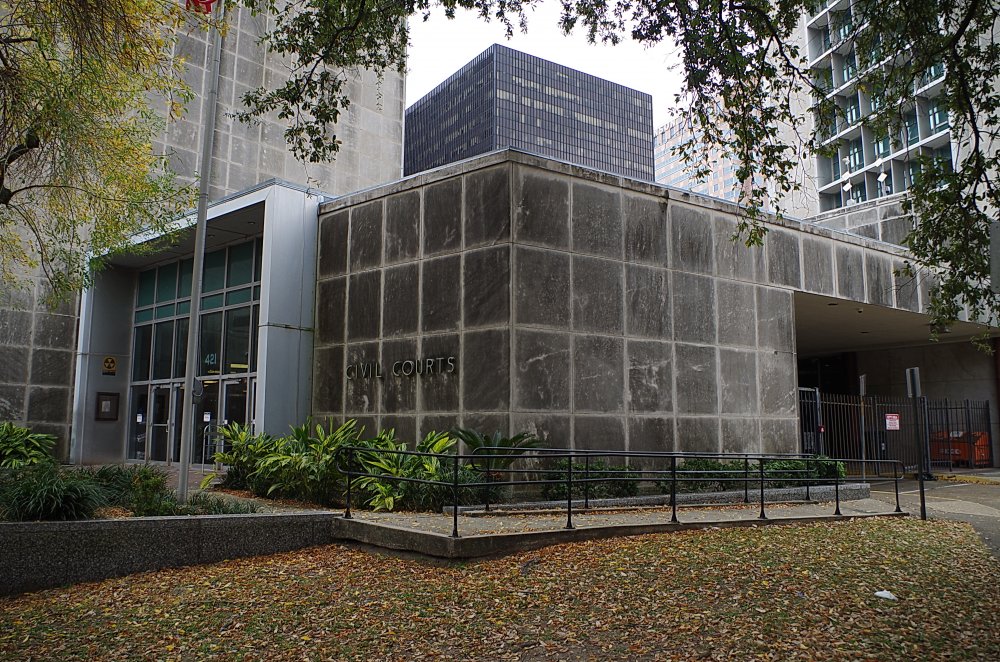