Morehouse Parish is named for Abraham Morehouse, who was an early settler. 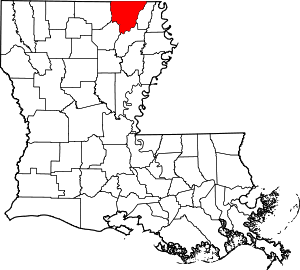 Description:  The building faces north and is a three story buff brick and concrete structure. The building is located on spacious landscaped grounds in the center of Bastrop. The north and south sides have a large central porch with four white columns rising to a wide header with the third story above. The east and west sections of the building are recessed in three sections. On the center of the roof is an octagonal dome with clock and black round roof. The roof line is flat. The large courtroom is located on the east side of the second story with balconies on the third story. Additions were made in 1935. The architect was J W Smith & Associates and the contractor was Gravier & Harper. A further addition was added in 1966. The architect Jacka & Mattison. 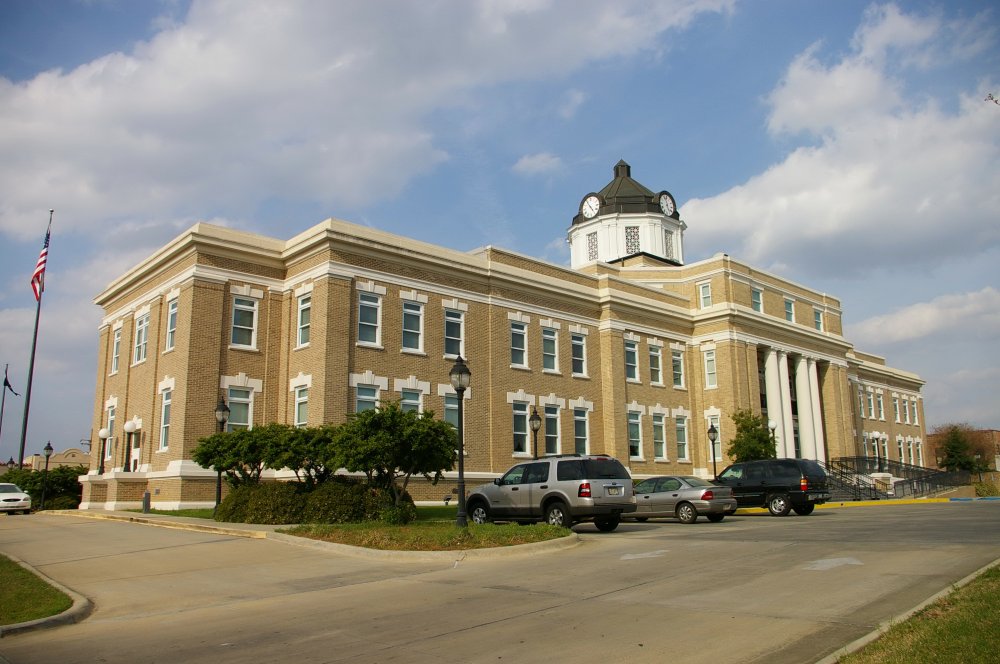 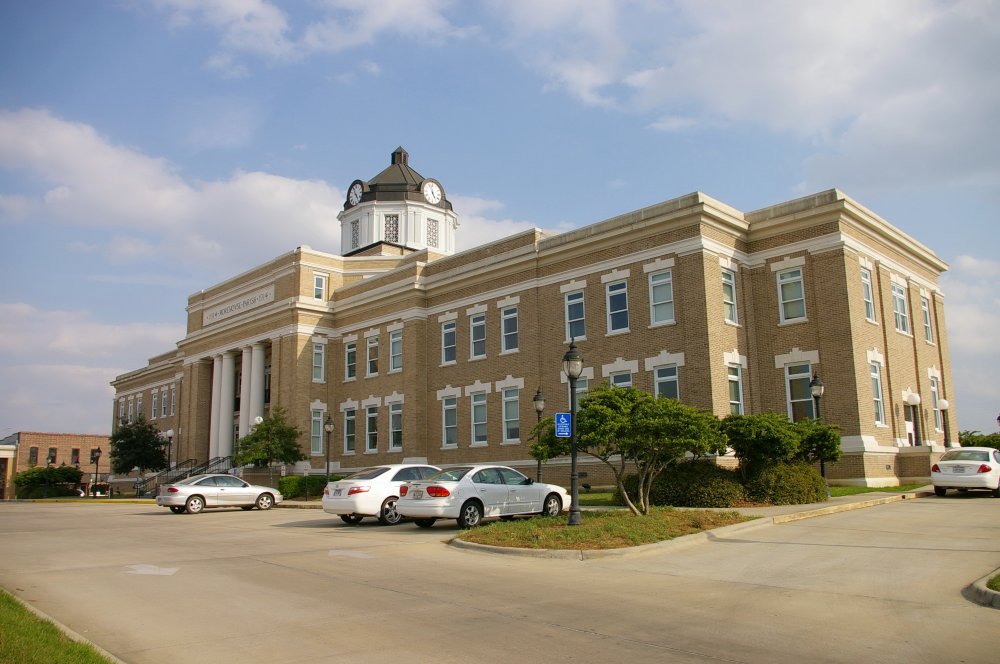