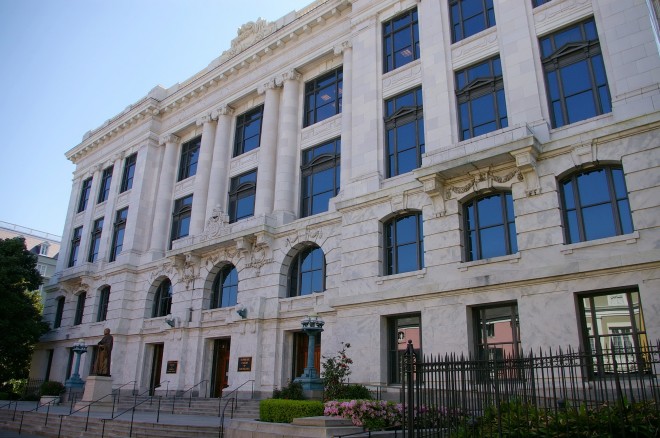 Description:  The building faces north and is a four story limestone, marble and glazed brick structure. The building is located in the center of New Orleans and is “H” shaped. The south part of the building has curved wings on the southeast and southwest sides. The building is guarded by a statue of former United States Chief Justice, Edward Douglas White.The entrance foyer on the north side has tall white colored stone columns. The halls are lined with white colored marble. After an extensive renovation in 2004, the Louisiana Supreme Court moved back into the courthouse, and was joined by Court of Appeal-Fourth Circuit, the State Judicial Administrator’s Office, the Law Library of Louisiana, an Attorney General’s Office and, in time, a legal museum. The Supreme Court courtroom is located on the fourth story of the southwest wing. There is a large skylight in the center. 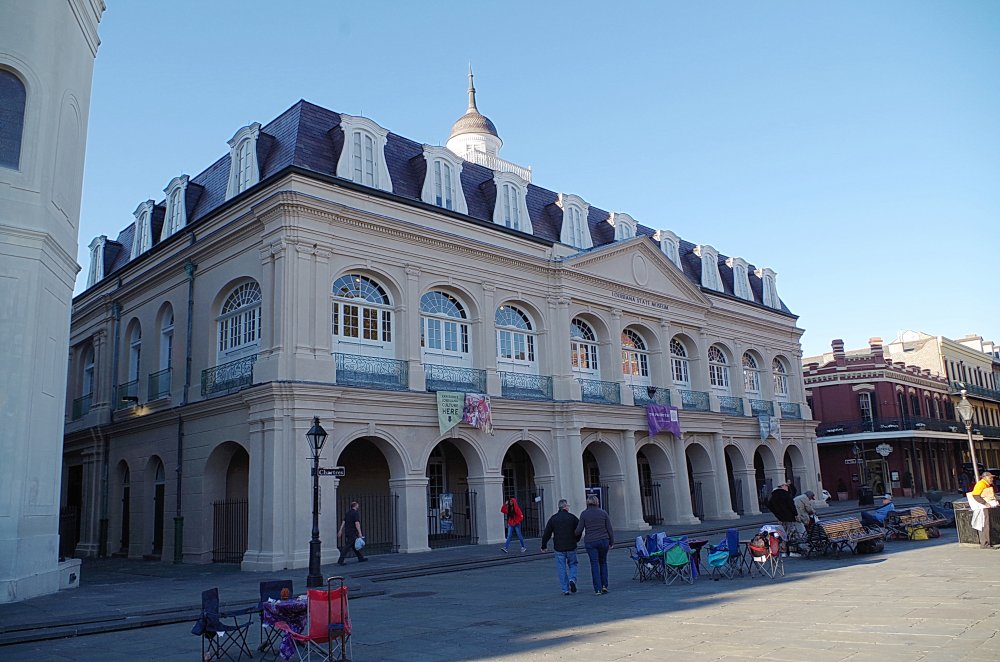 Description:  The building faces southeast and is a three story stone structure, The building  is located in the center of New Orleans on the northwest side of Jackson Square and on the east side of St Louis Cathedral. The building is similar in style to The Cabildo. The building was named as The Presbytere and housed the Supreme Court from 1822 to 1853. 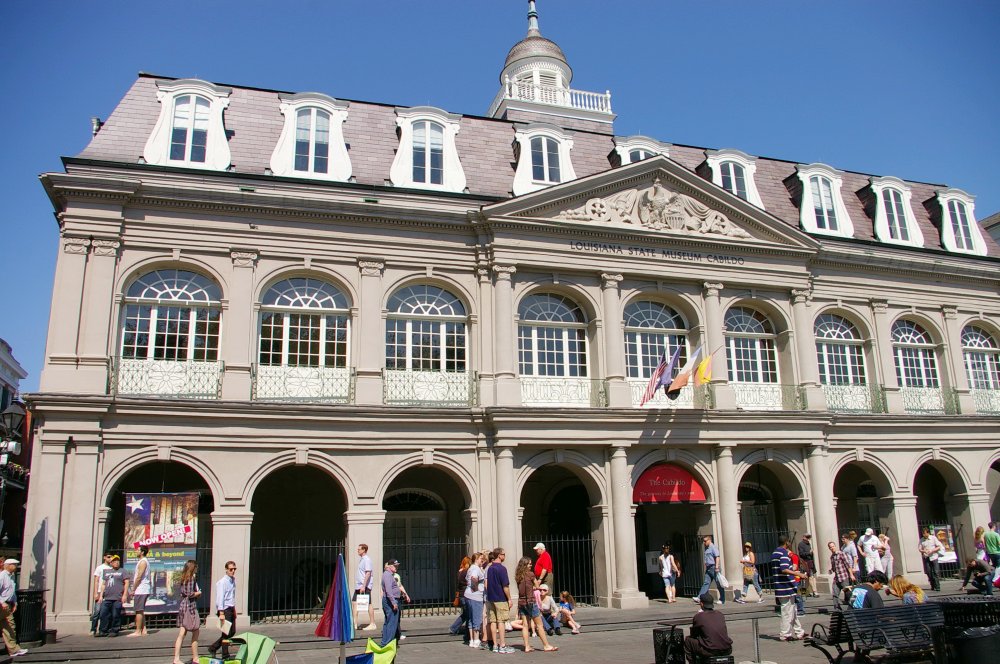 Description:  The building faces southeast and is a three story stone structure, The building  is located in the center of New Orleans on the northwest side of Jackson Square and was named as The Cabildo. The first story has an arcade with arched portals along the south side. The second story windows are arched. The third story has a mansard roof. The Sala Capitular is the large meeting room which housed the Spanish court from 1799 to 1803 and the Louisiana territorial superior court from 1803 to 1812. The building was the home of the Louisiana Supreme Court from 1853 to 1910. Originally constructed in 1788, the building was damaged by fire and rebuilt in 1795. 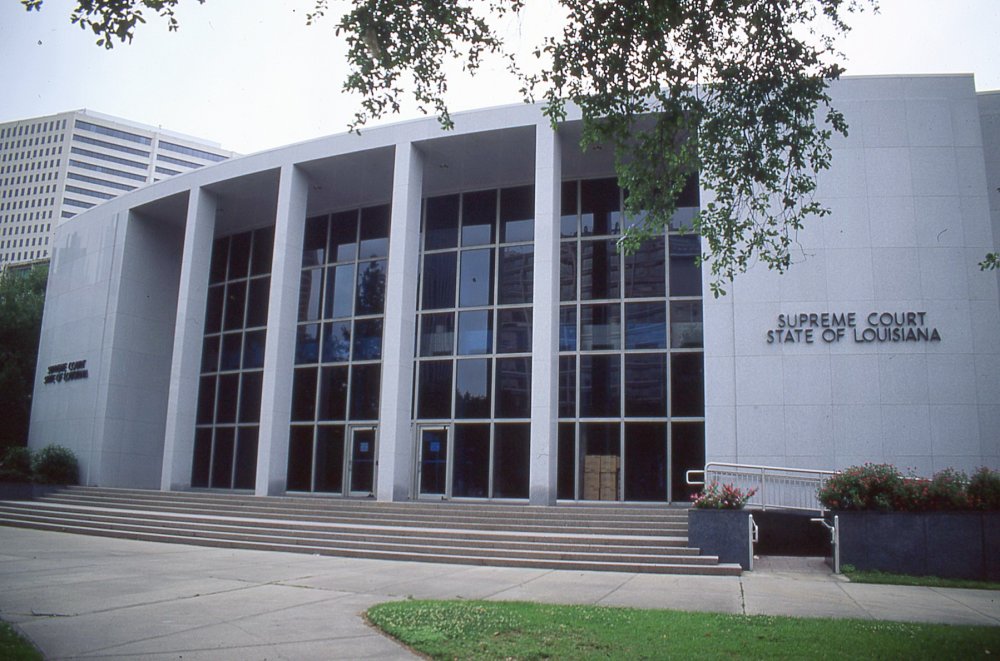 Description:  The building faced south and was a three story marble, glass and concrete structure.The building was located on landscaped grounds in the center of New Orleans opposite the City Hall. The front entrance had four concrete pillars and dark blue colored glass. The north and south sides had marble walls with no windows. Wide steps descend to the park area along the east side of the building and along Loyola Avenue. The building housed the Supreme Court Chamber but was demolished and the site is now Duncan Plaza..

Note:  The first Supreme Court met in 1813 to 1818 in the Government House which was located on the northeast corner of Decatur Street and Toulouse Street.  From 1822 to 1853, the court met in The Presbytere next to the St Louis Cathedral at Jackson Square. From 1853 to 1910, the court met in the Cabildo on Jackson Square. In 1910, the court moved into the Royal Avenue Courthouse until 1958 when it moved to the modern building opposite the City Hall. In 2004, the court moved back to the renovated Royal Avenue Courthouse and the former building was demolished. 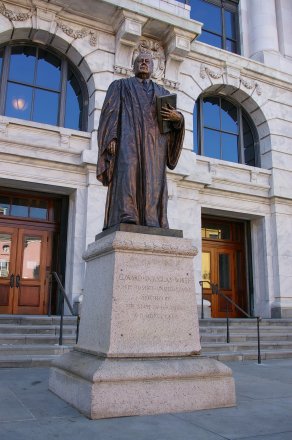 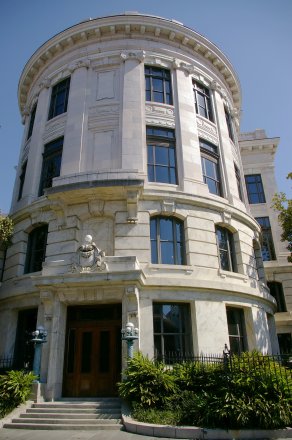 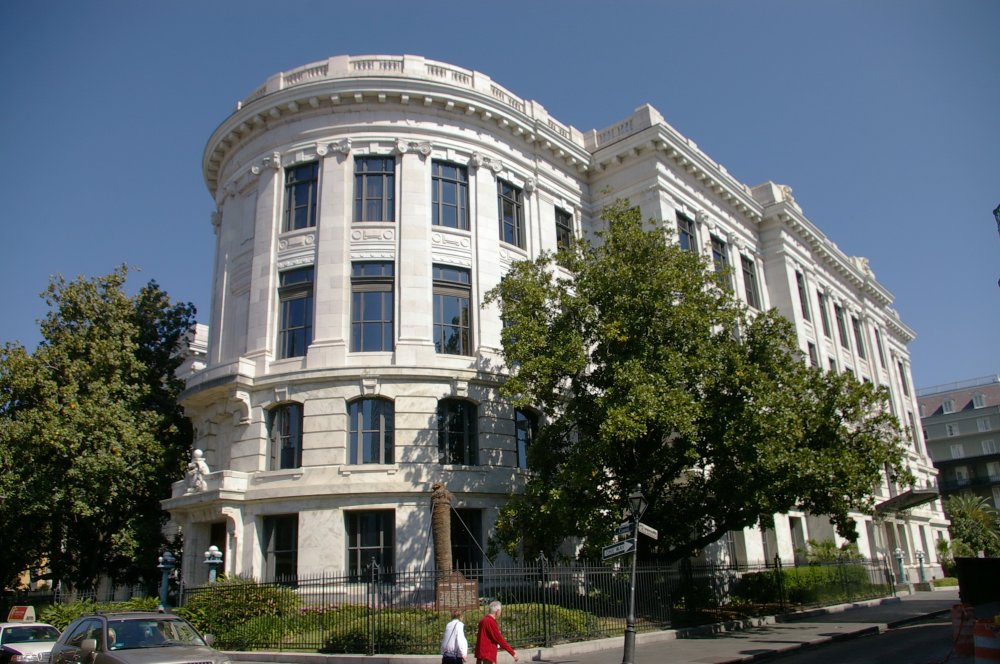 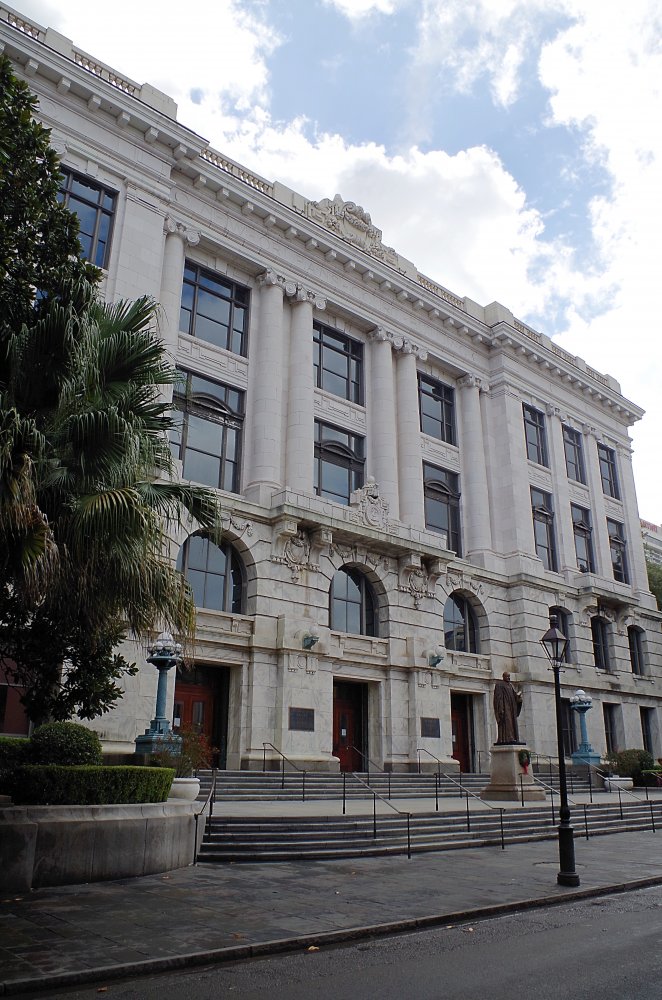 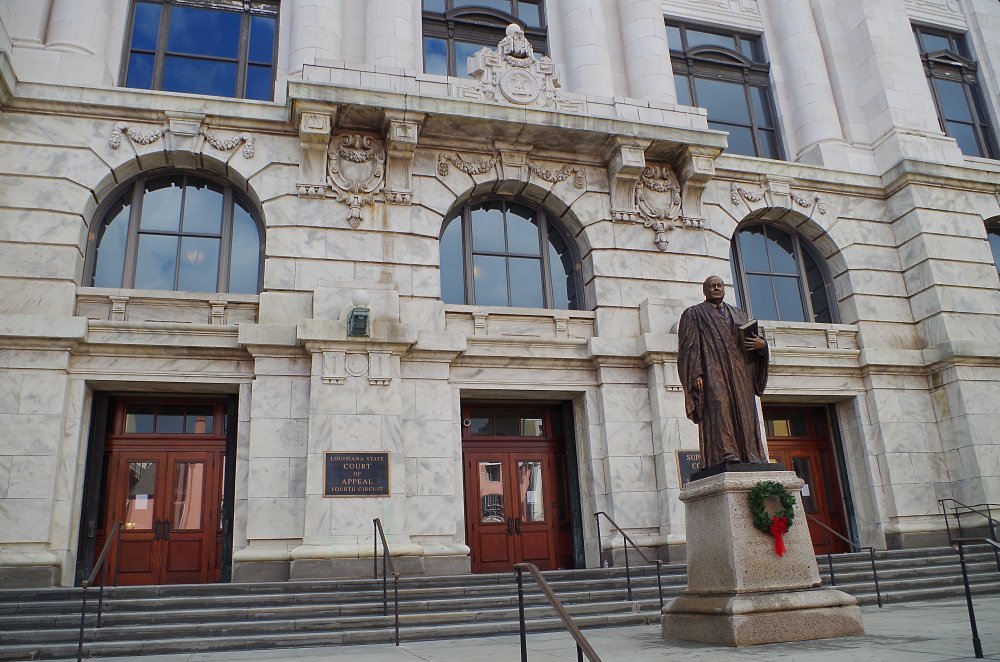 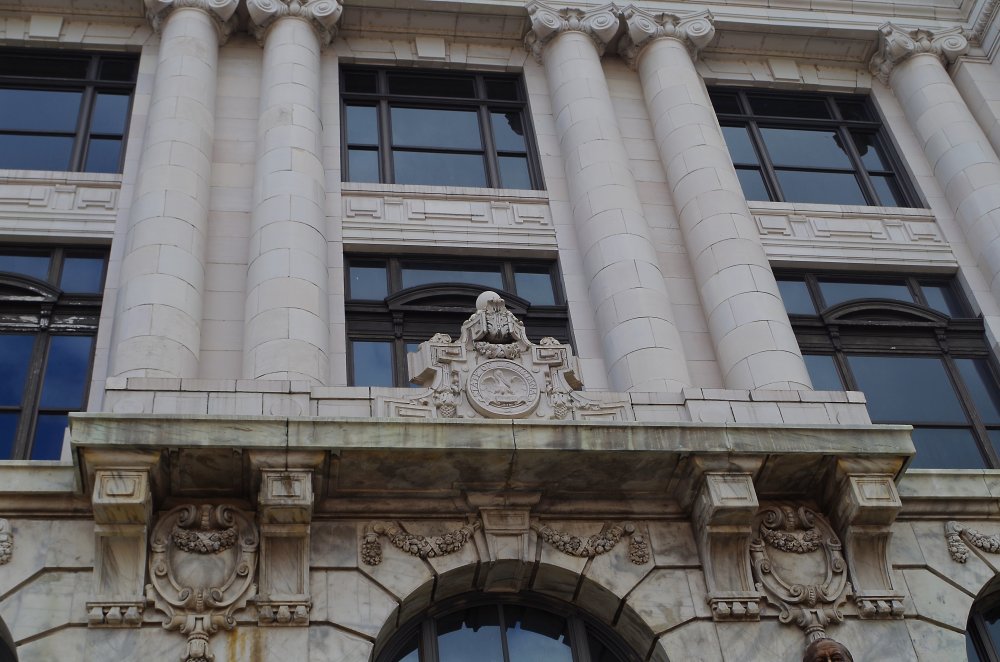 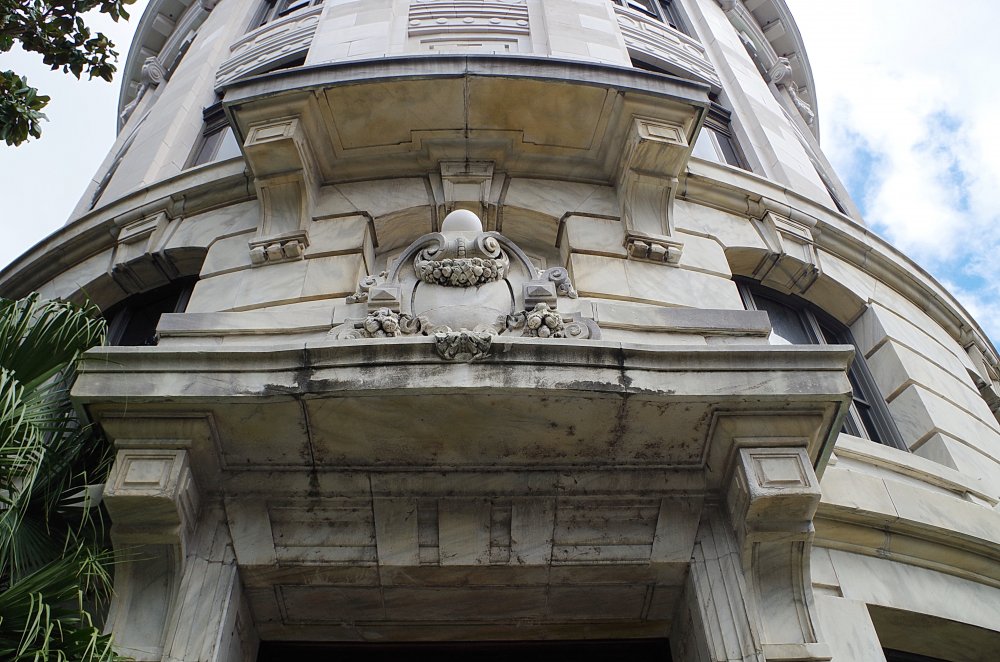 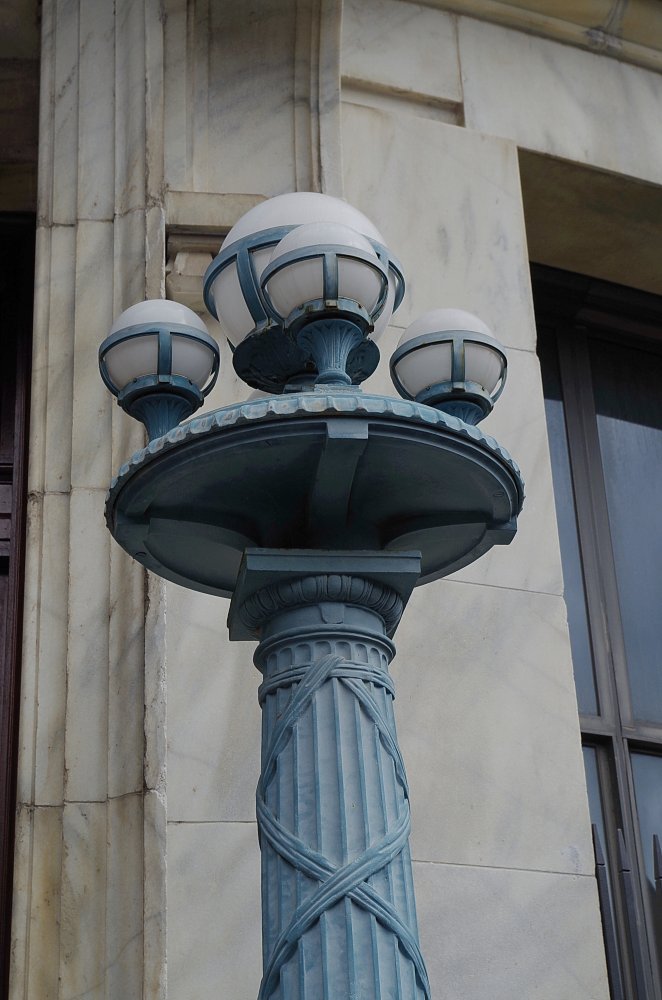 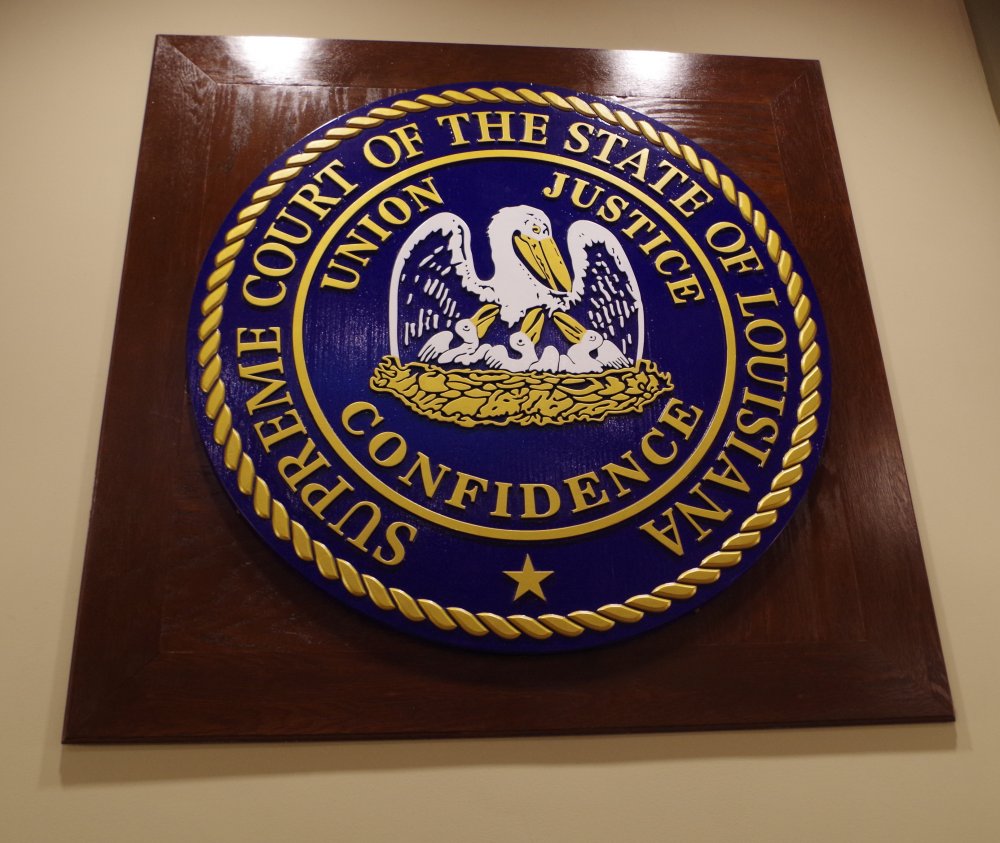 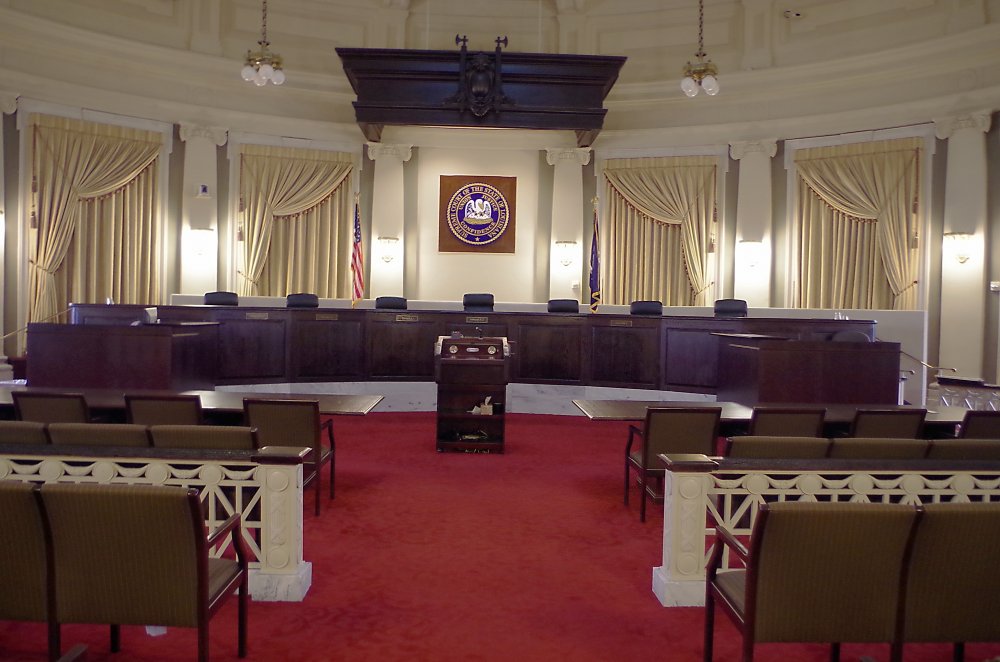 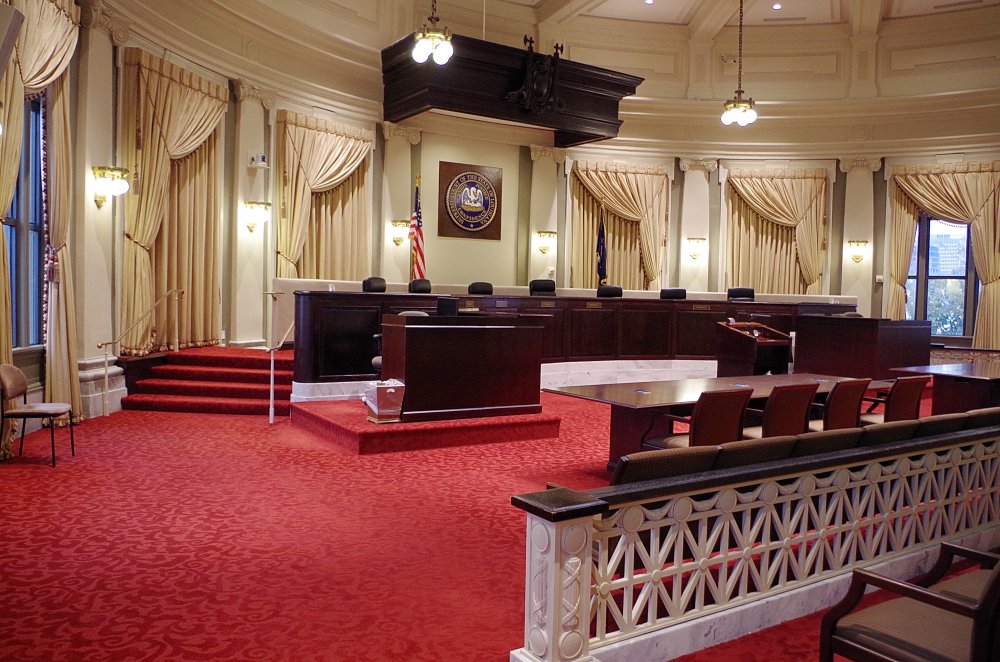 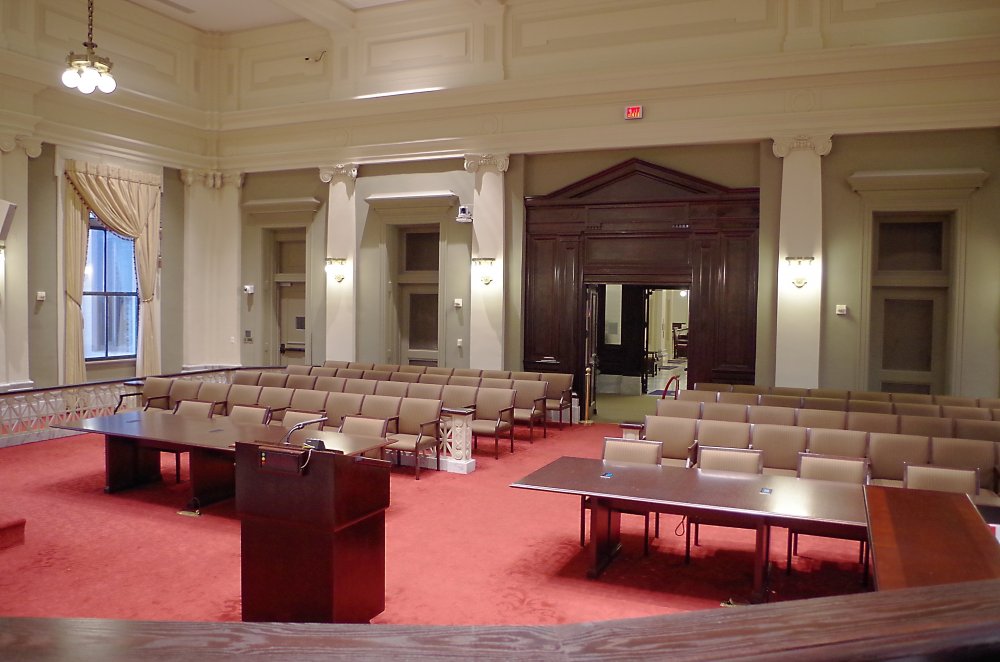