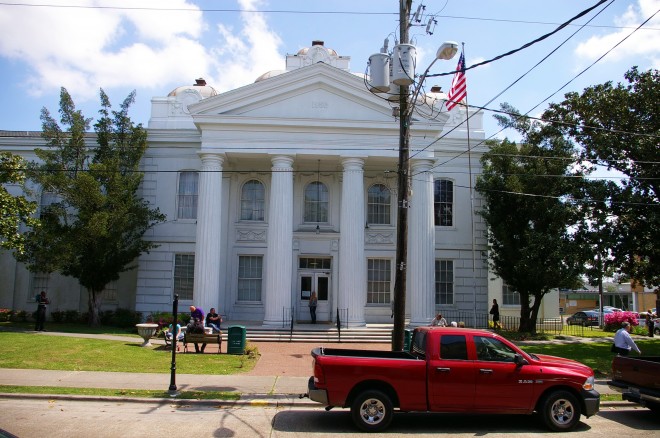 Lafourche Parish is named for the French word “la fourche” meaning “the fork” of the Mississippi River. 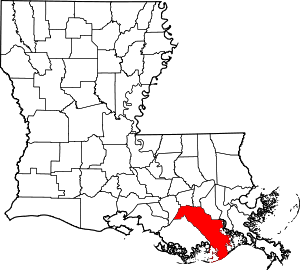 Architect:  John Lyall, F Michael and A B Thibodaux

Contractor:  John Lyall, F Michael and A B Thibodaux

Description:  The building faces west and is a two story masonry structure sheathed in white colored stucco. The building is located on landscaped grounds in the center of Thibodaux.  The original building had a south and east wing added in 1903, a southeast wing was added in 1951 and a north wing was added in 1958. The west front has a large portico supported by four large white colored columns rising to a pediment at the roof line. On the center of the roof is a rounded dome. The building contains St Clair Golden Vein marble from Guion, Arkansas. The courtrooms are located on the second story. Originally the main entrance was on the north side of the building facing Bayou Lafourche and which had a large portico similar to the west portico. The architect for the 1903 additions was Favrot & Livaudais. In 1958, the architect was Fernand T Picou and the contractor was J B Talley & Company. The building was renovated in 1959. On the south side of the courthouse is the Lafourche Parish Building which houses courtrooms on the second and third stories. The building was formerly a library. On the west side of the Lafourche Parish Building is the Old Jail.

Note : The first courthouse was built in in 1818 and the second courthouse built in 1846. In 1852, the Parish Police Jury appointed John Lyall, F Michael and A B Thibodaux to develop plans and oversee the construction of the third and present courthouse which is the fourth oldest courthouse in Louisiana, still in use. 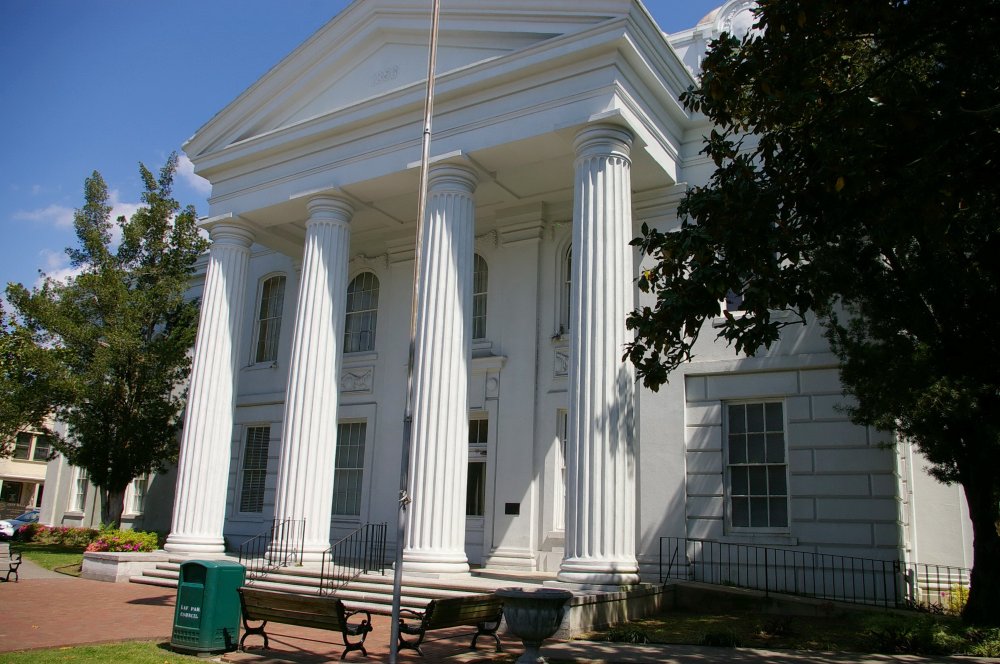 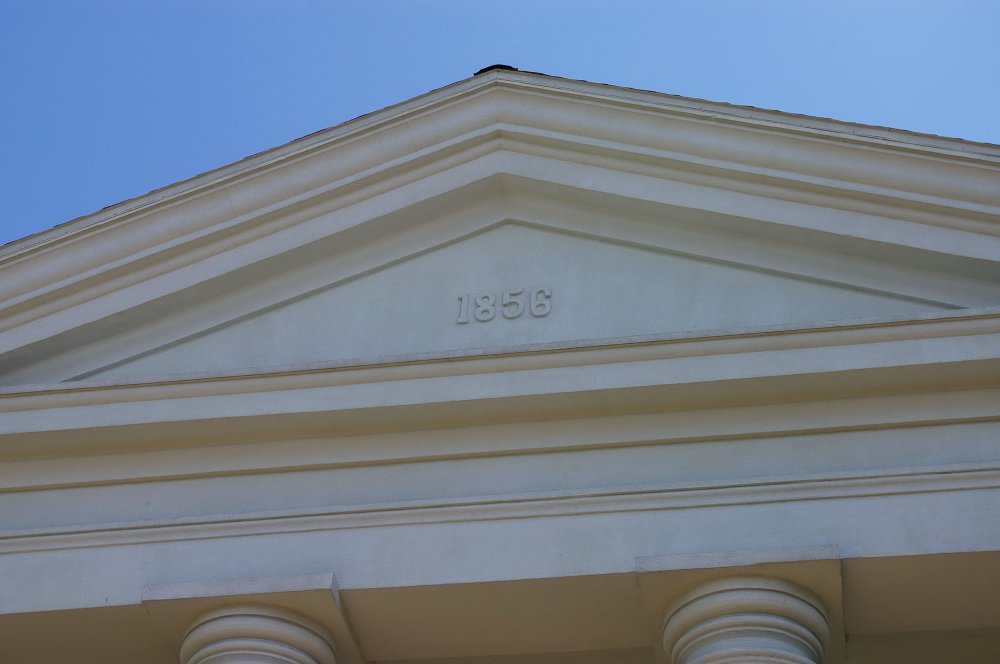 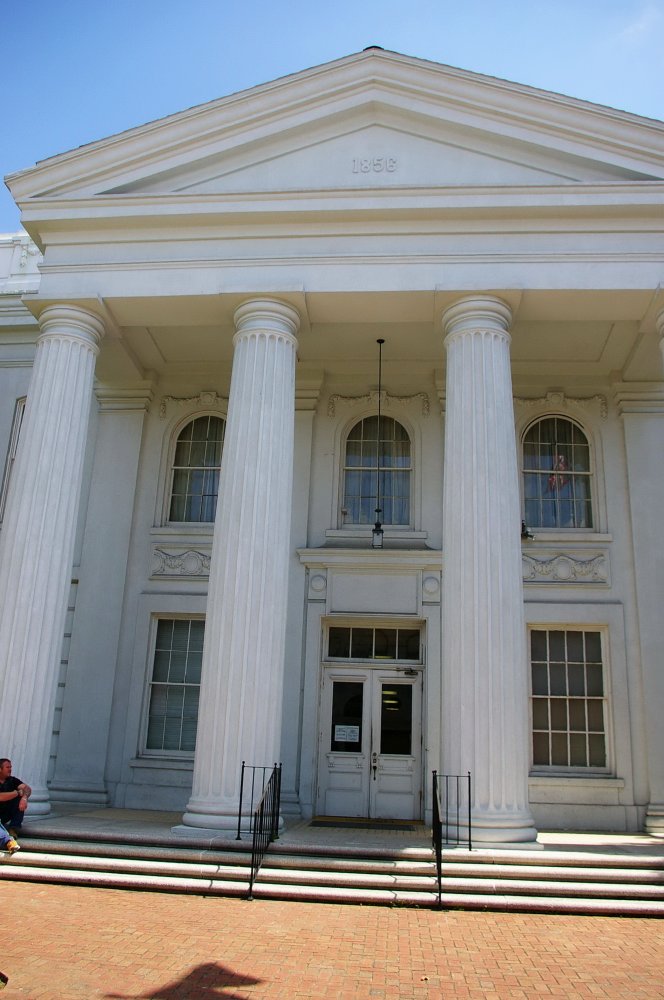 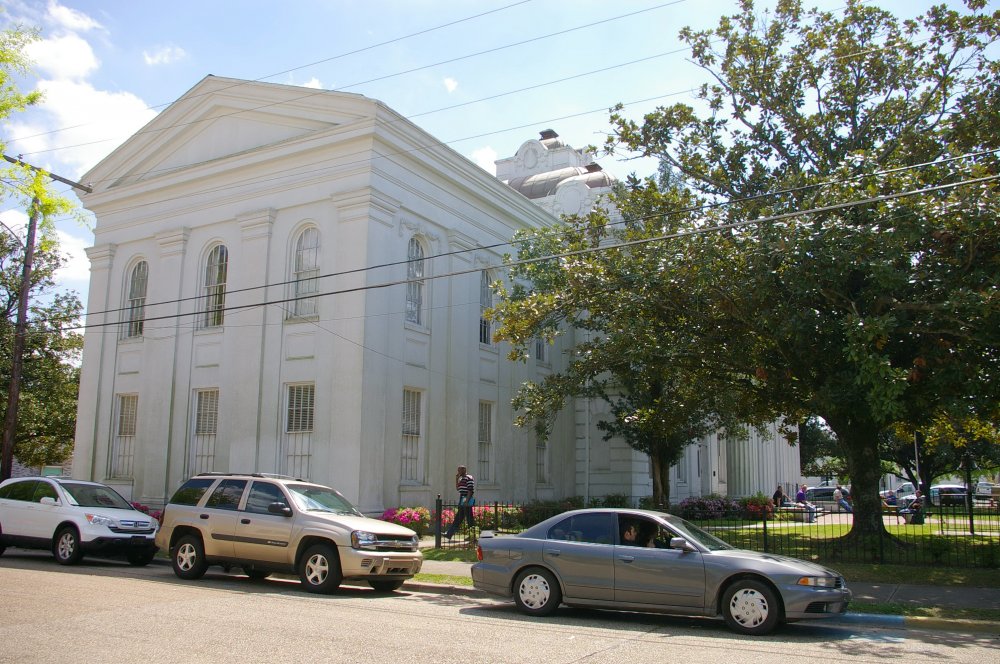 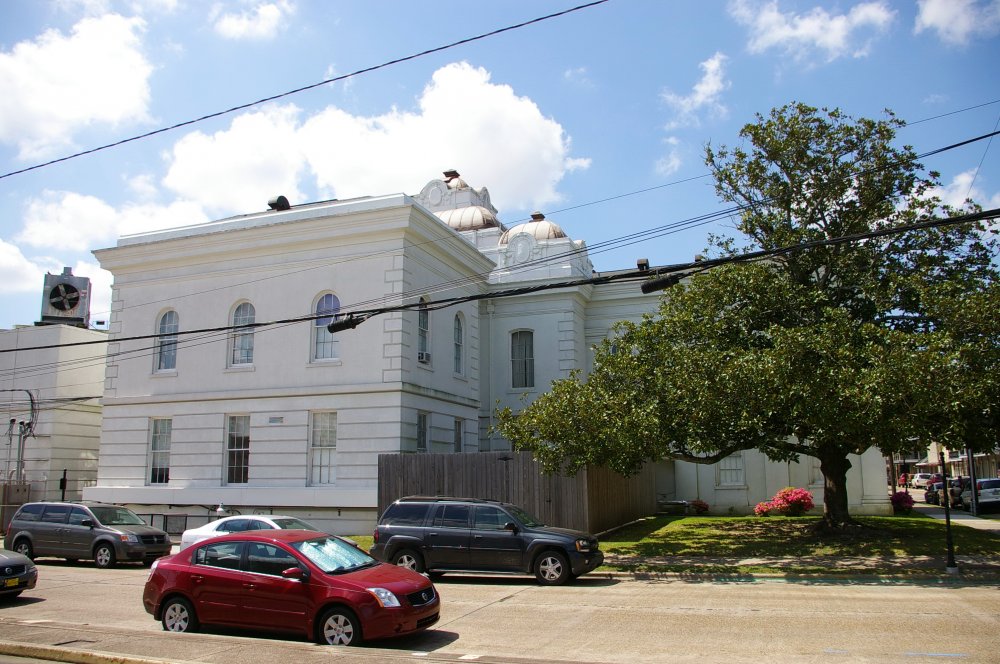 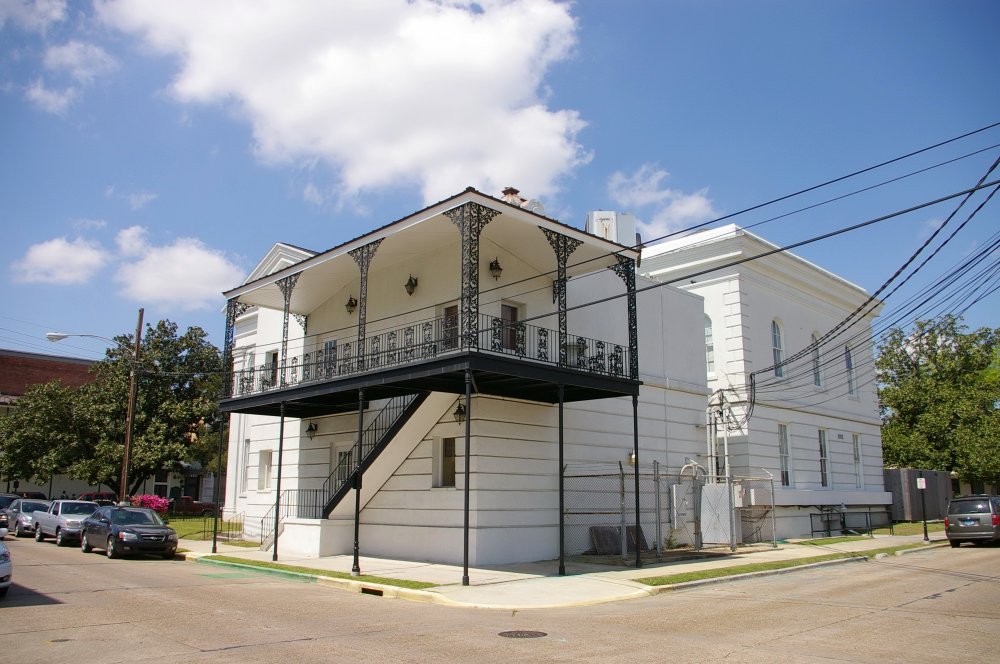 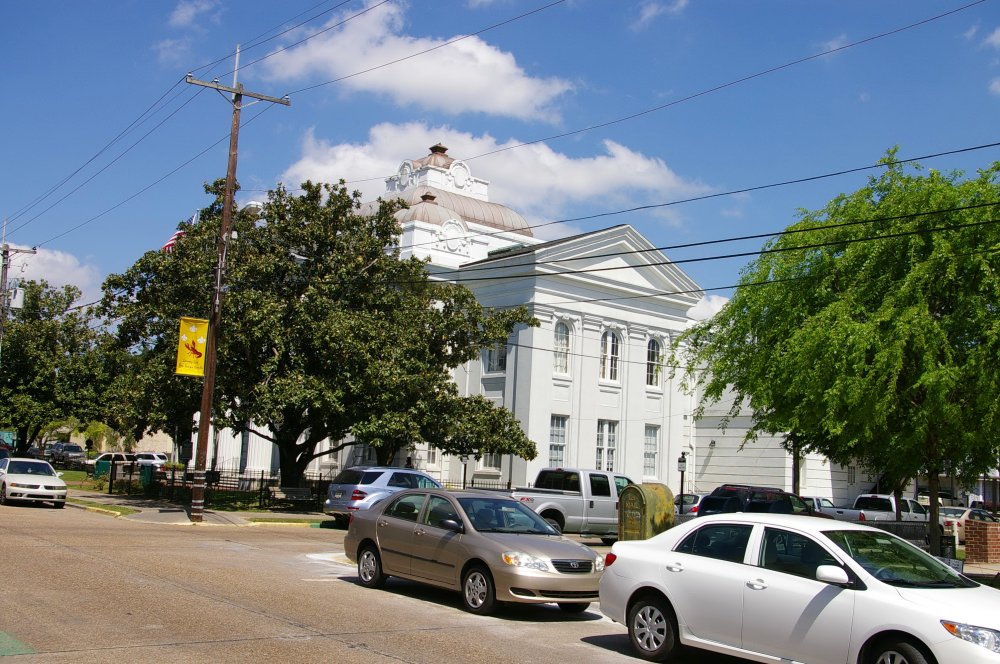 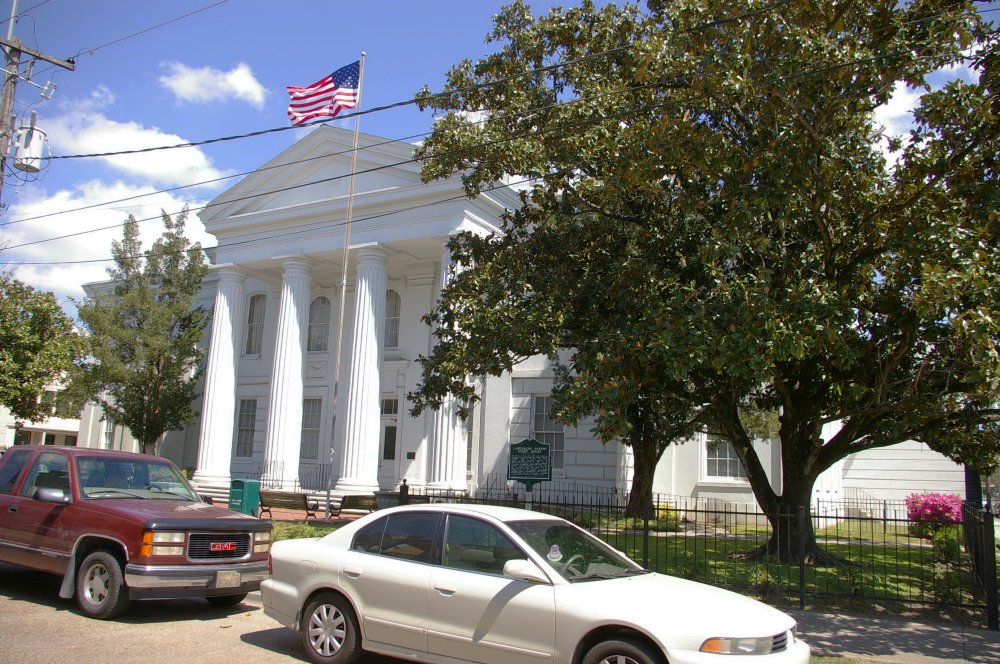 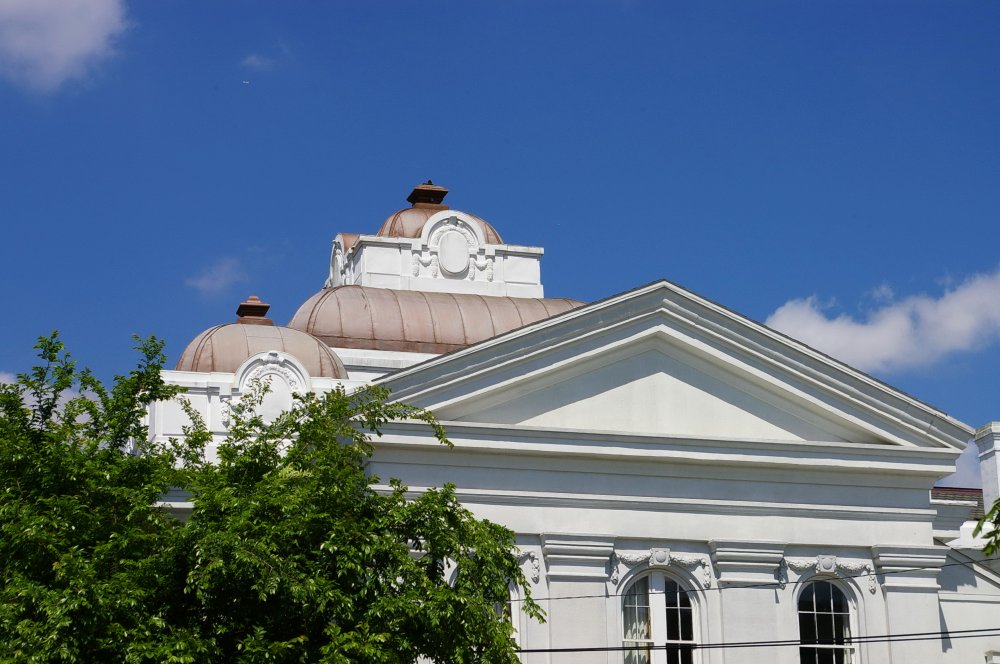 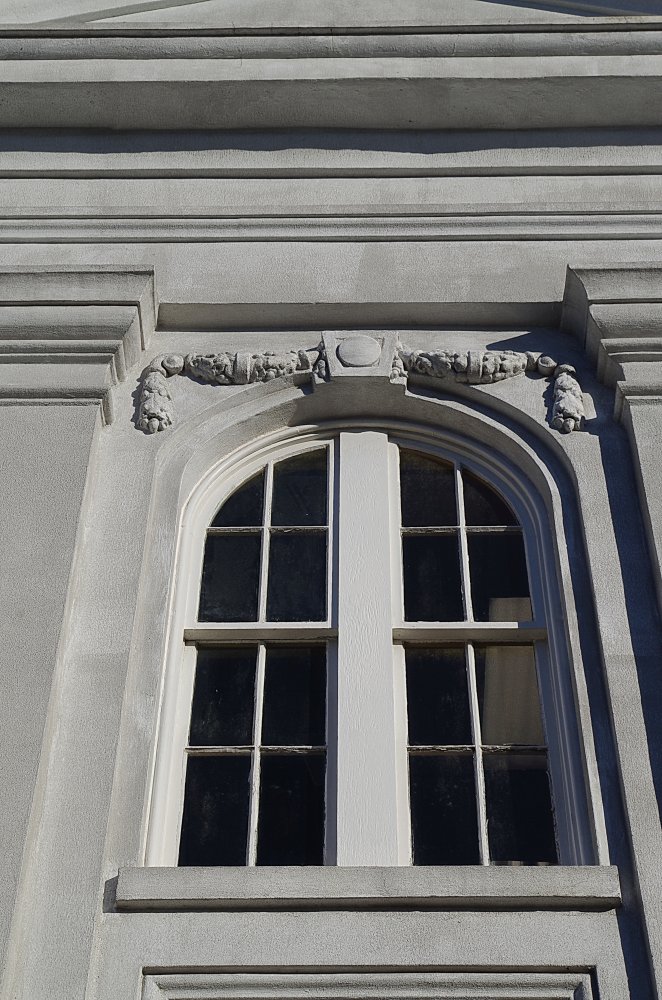 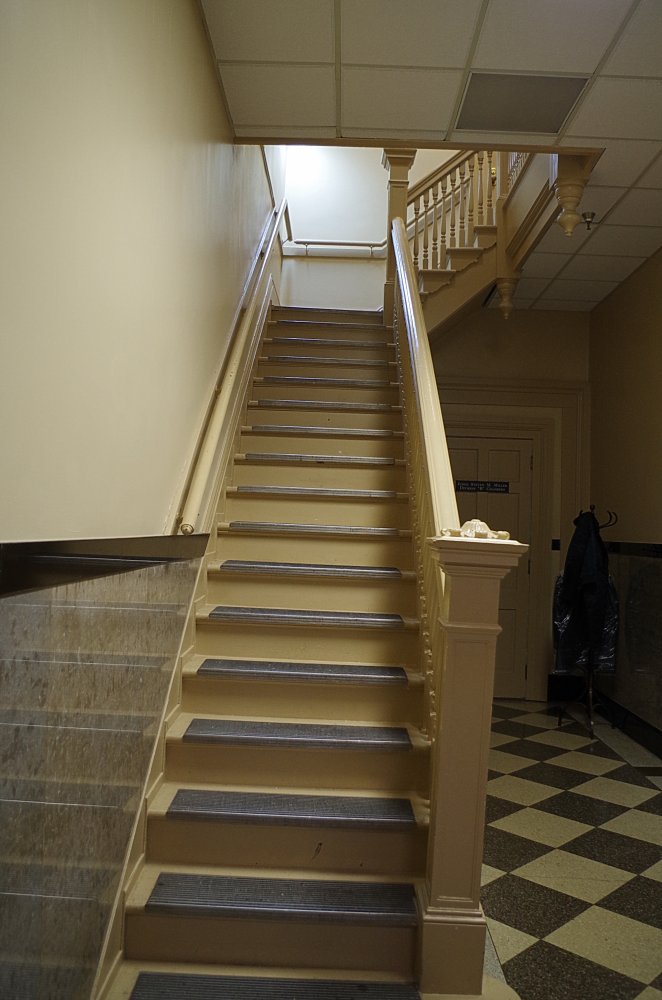 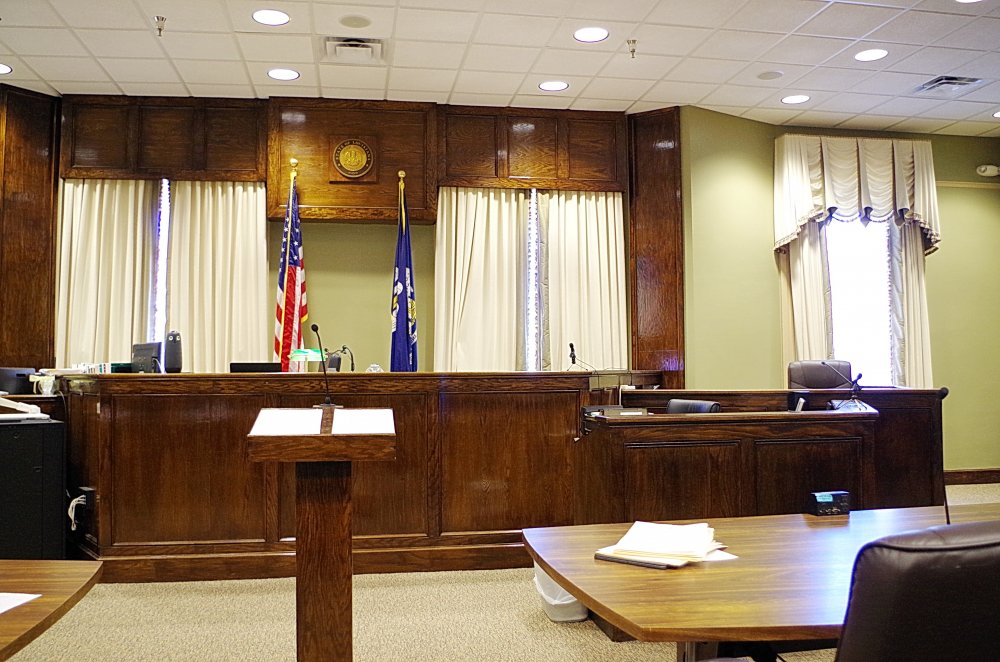 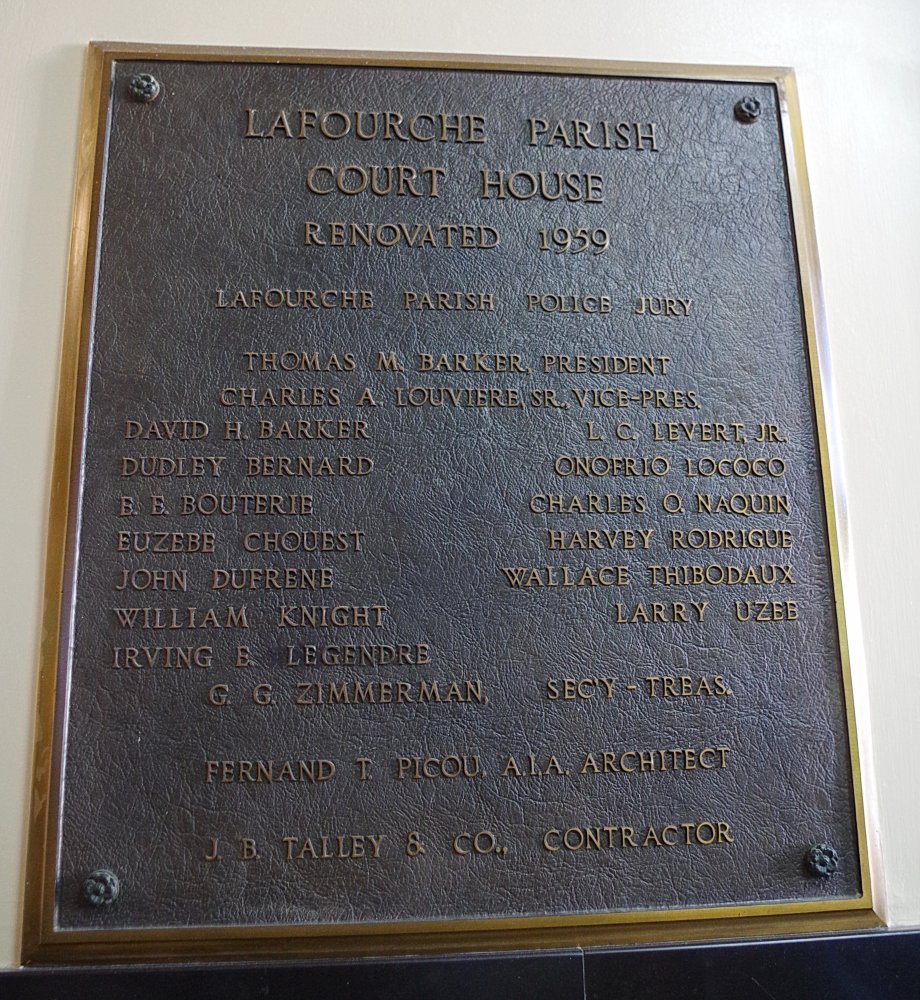