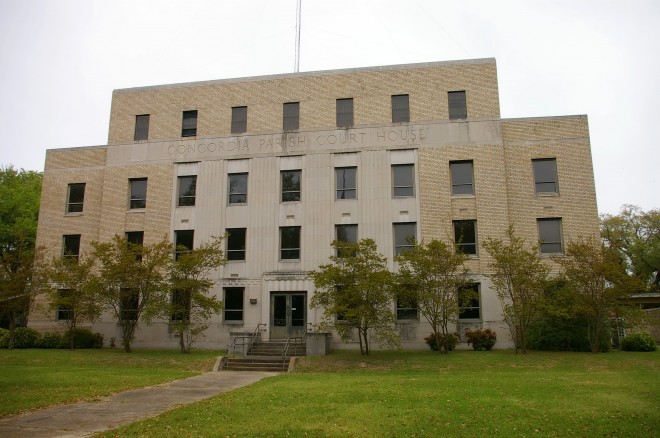 Concordia Parish is named for an early land grant called New Concordia from the “concord” reached by local authorities over a mutual surrender of slaves, or for a mansion called Concordia which was owned by Governor de Leomos, and “condoria” in Latin means “peace or harmony”. 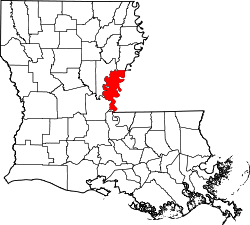 Description:  The building faces south and is a four story buff colored brick and concrete structure. The building is located on landscaped grounds in the center of Vidalia. The center section of the building projects from the main building. The central entrance is framed. The roof line is flat. On the north side is the one story Public Library which extends into the first story of the courthouse. The upper stories are vacant. 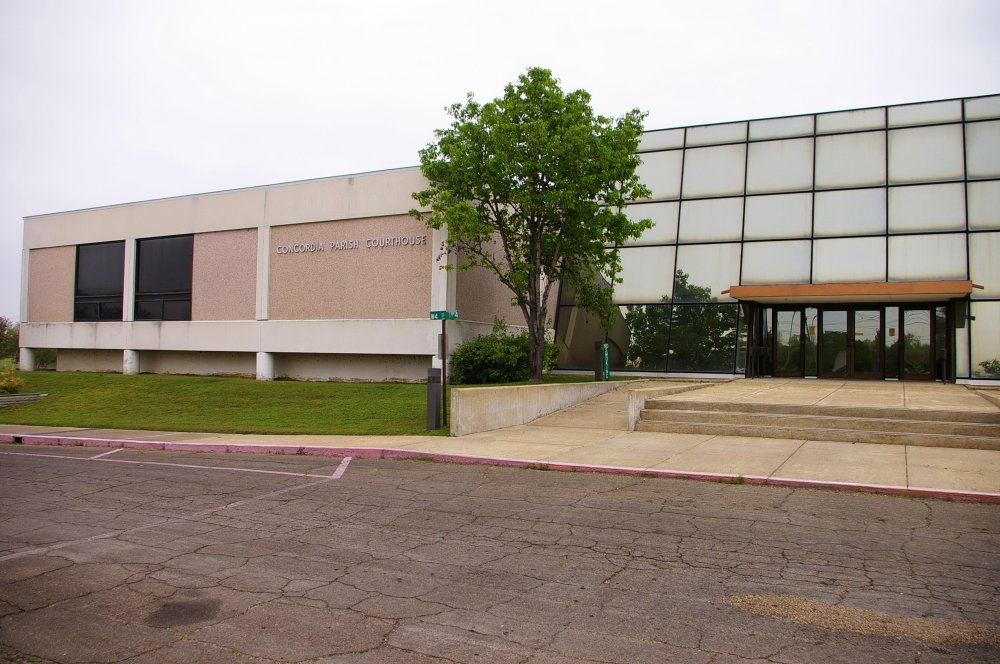 Description:  The building faces south and is a two story glass and concrete structure. The building is located on landscaped grounds to the west of the center of Vidalia. The south center section is a recessed glass wall rising above the main building. The east and west wings have wide horizontal bands with buff brick between. The interior has a high atrium along the south side. The roof line is flat. The Parish District Court courtroom is located on the second story. The building houses the Parish District Court of the 7th Judicial District. 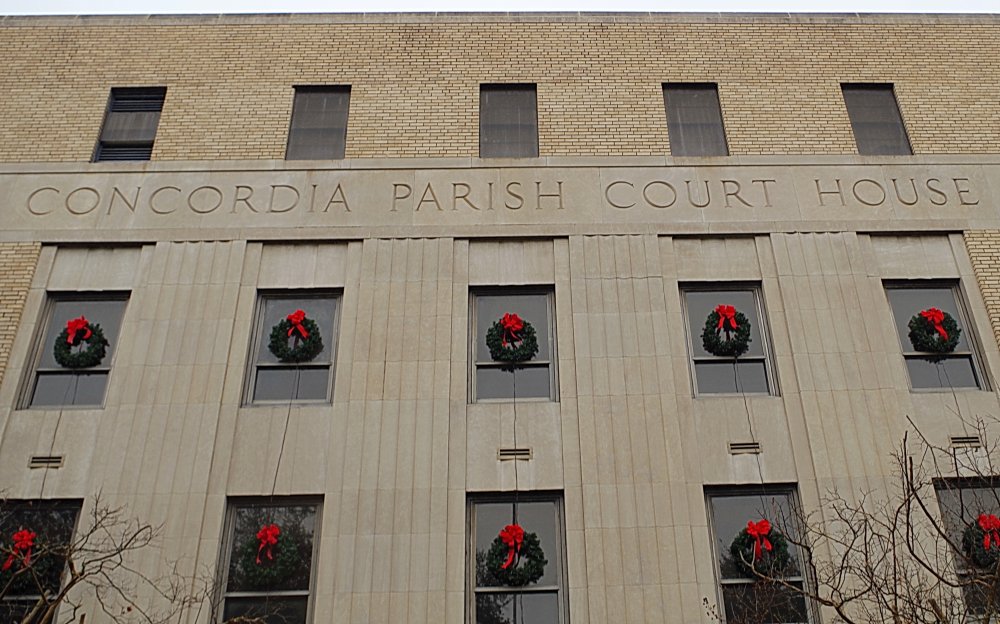 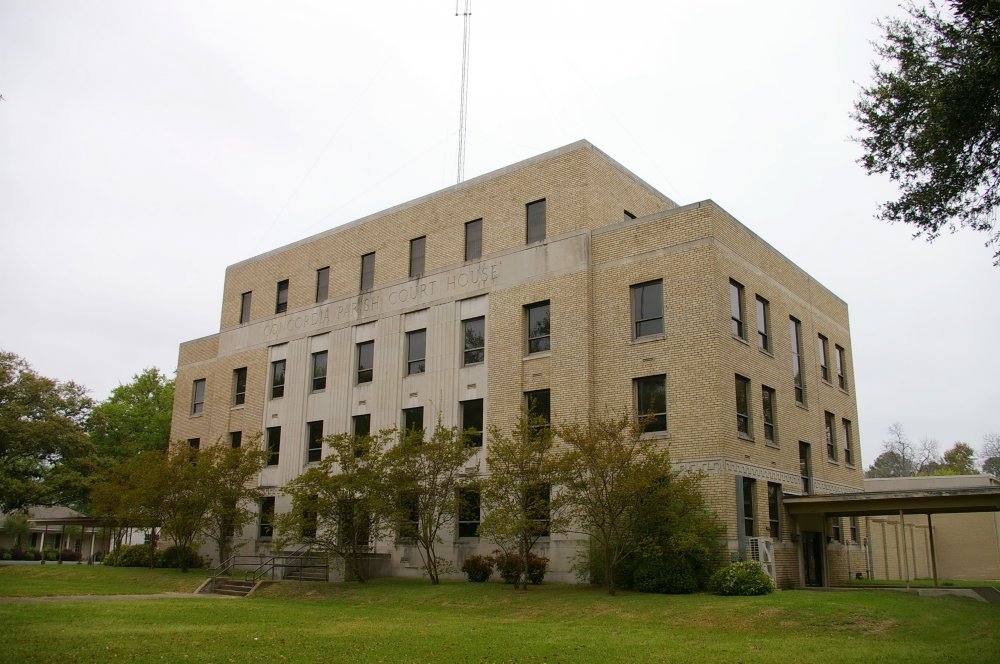 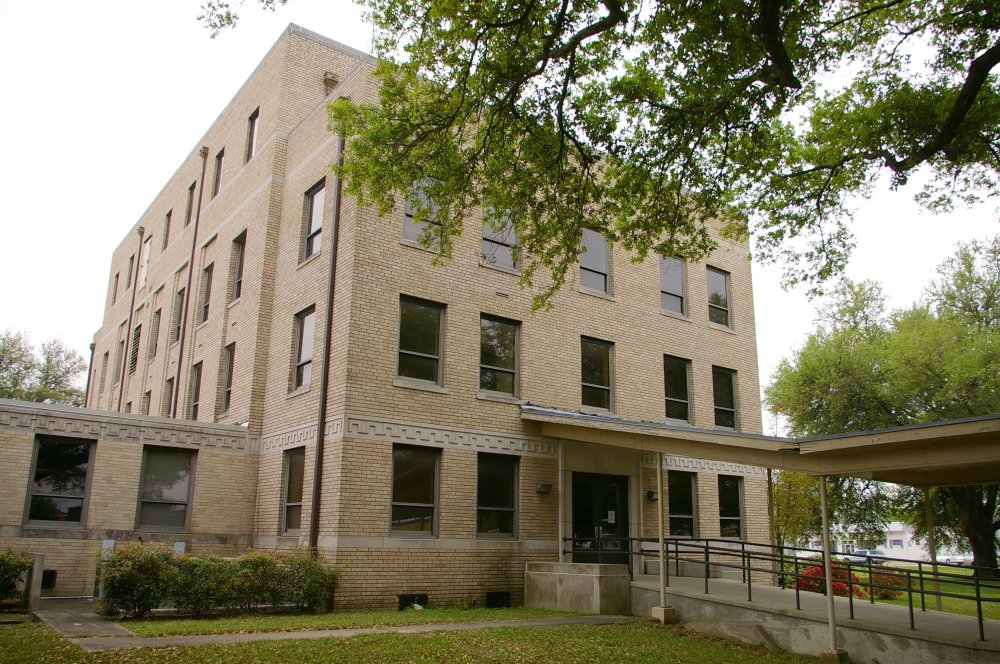 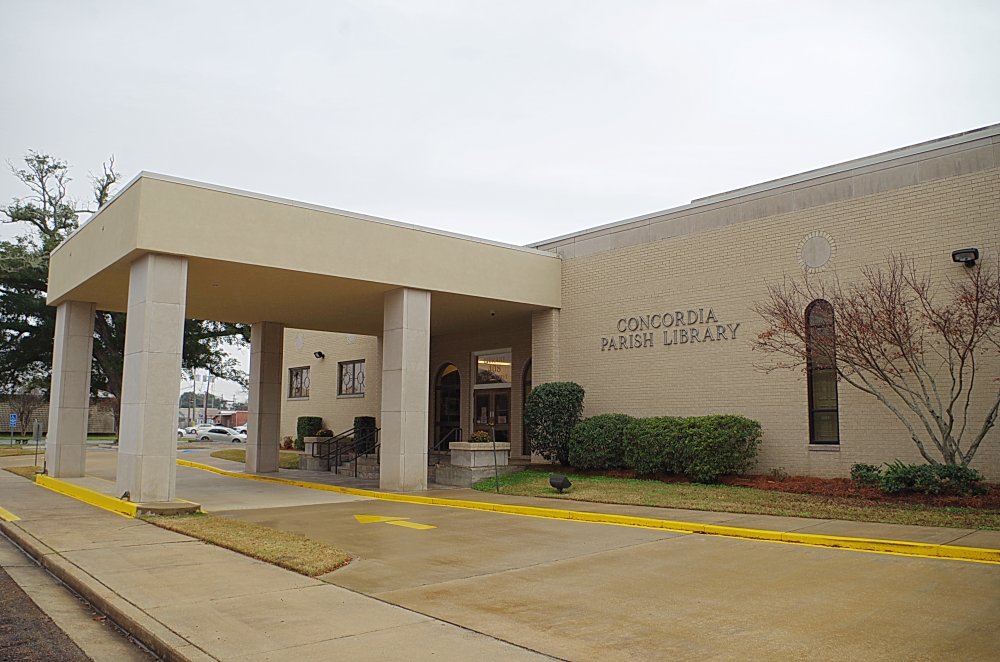 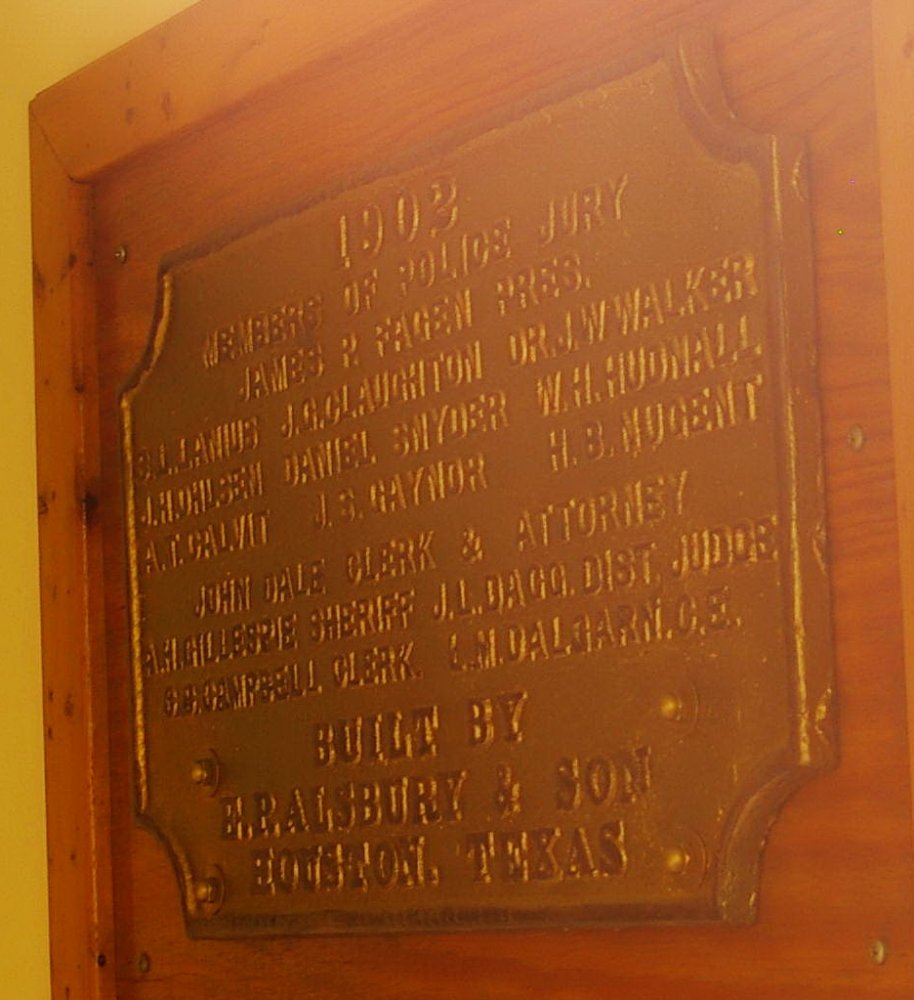 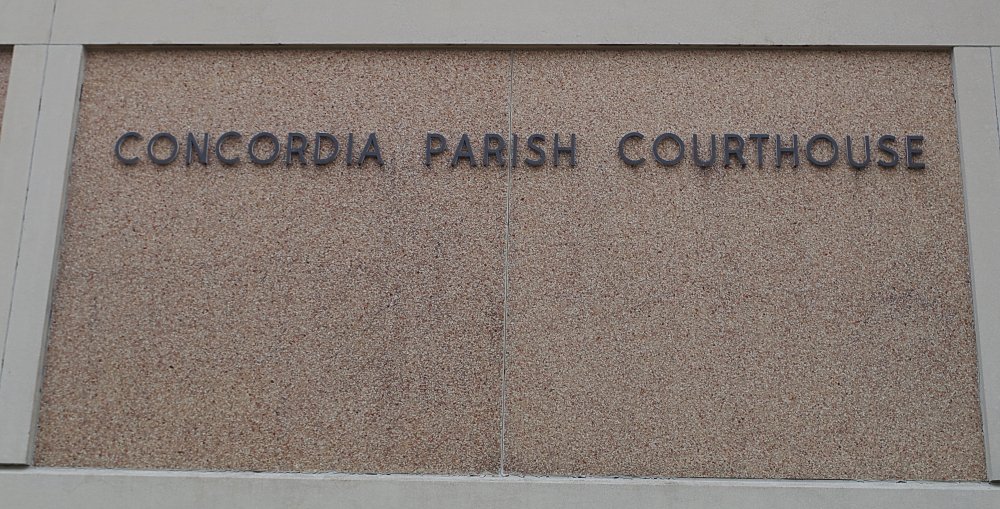 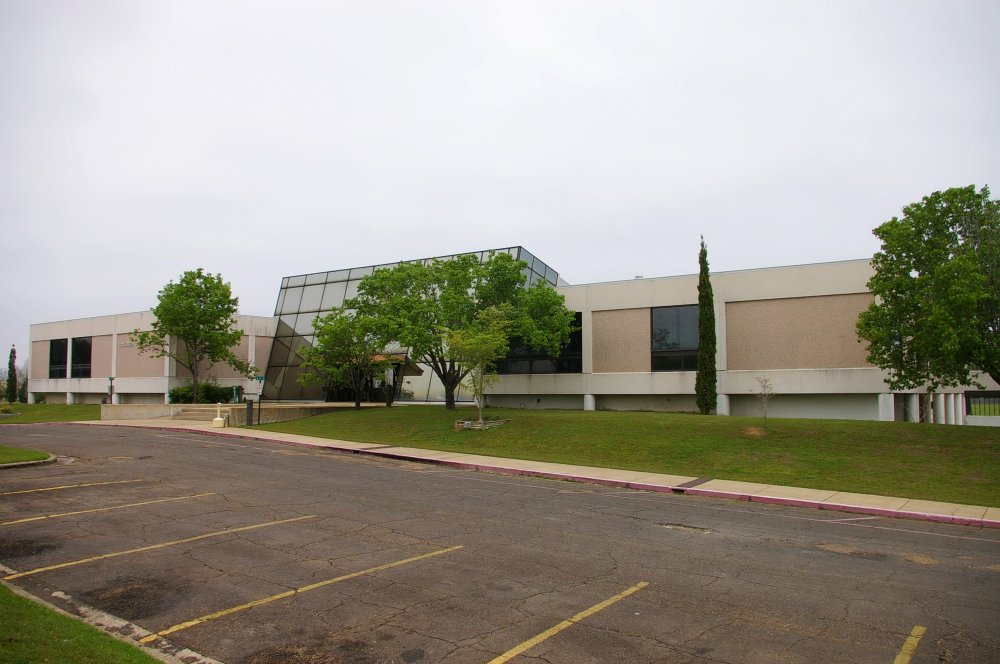 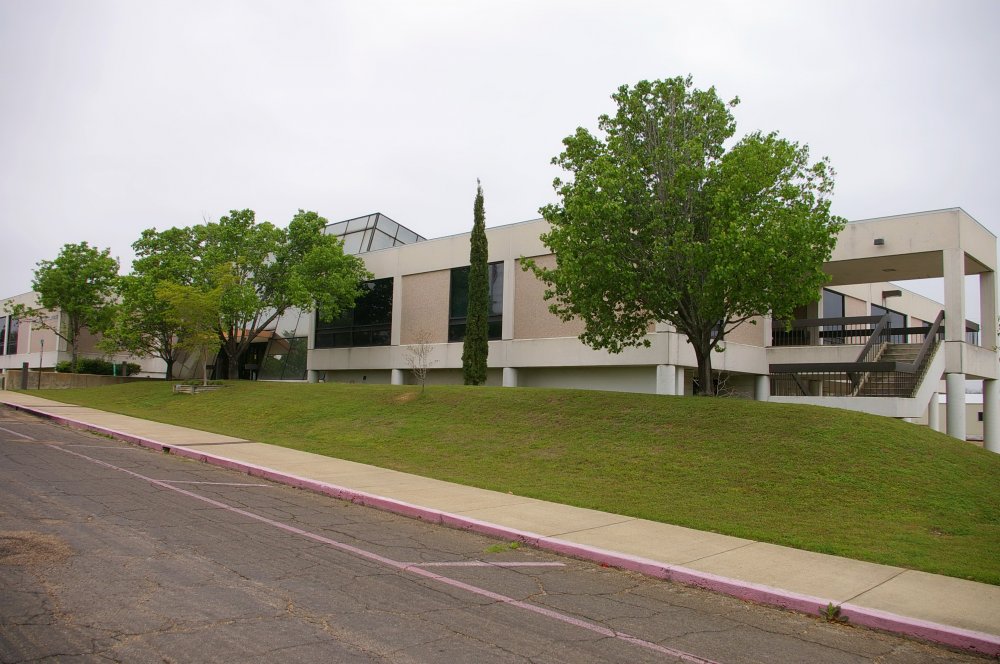 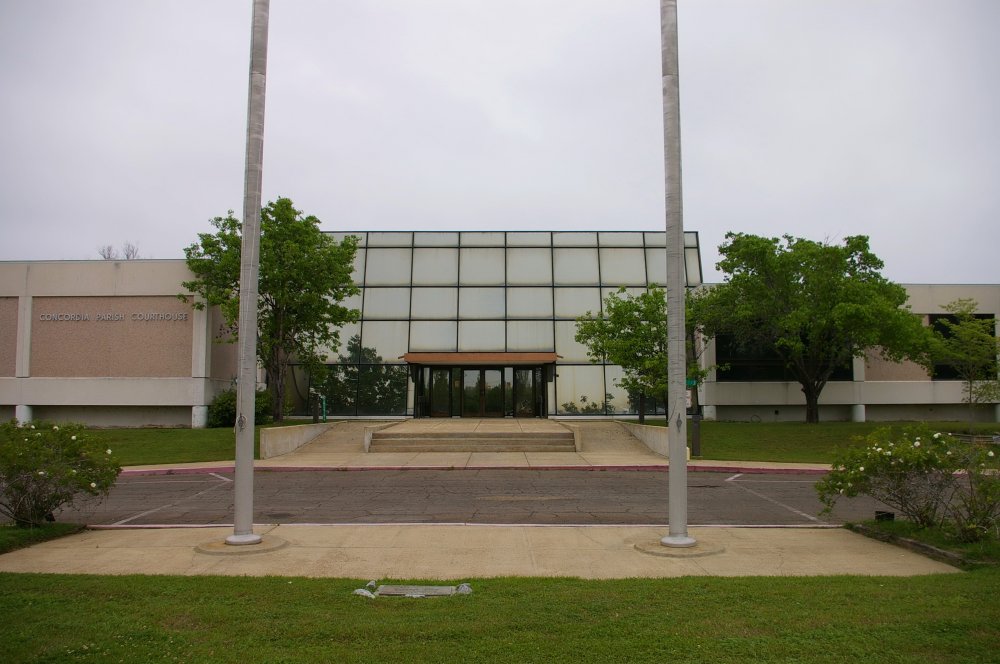 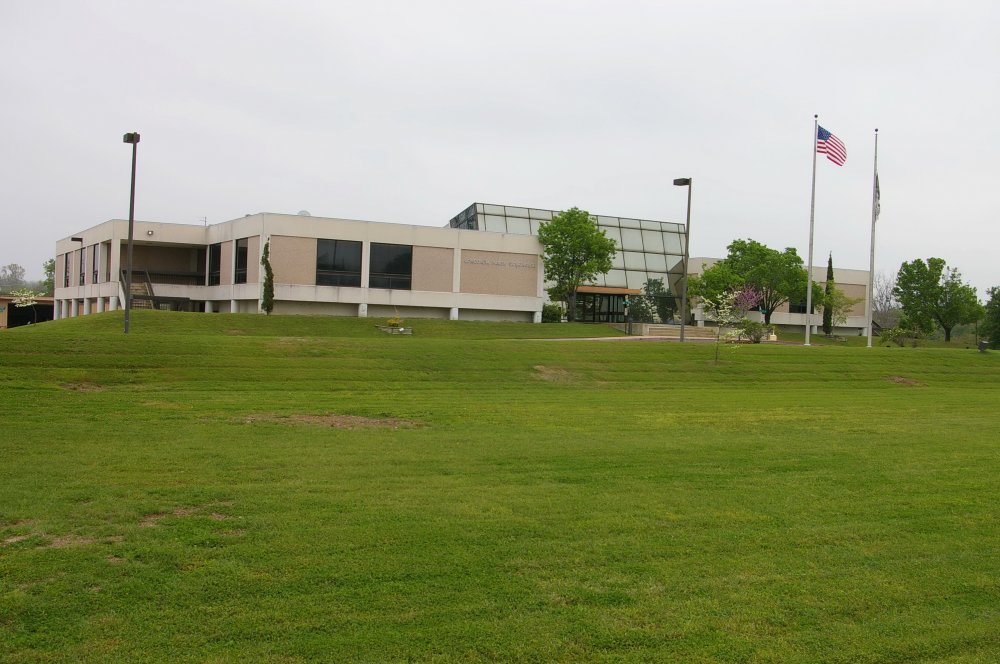 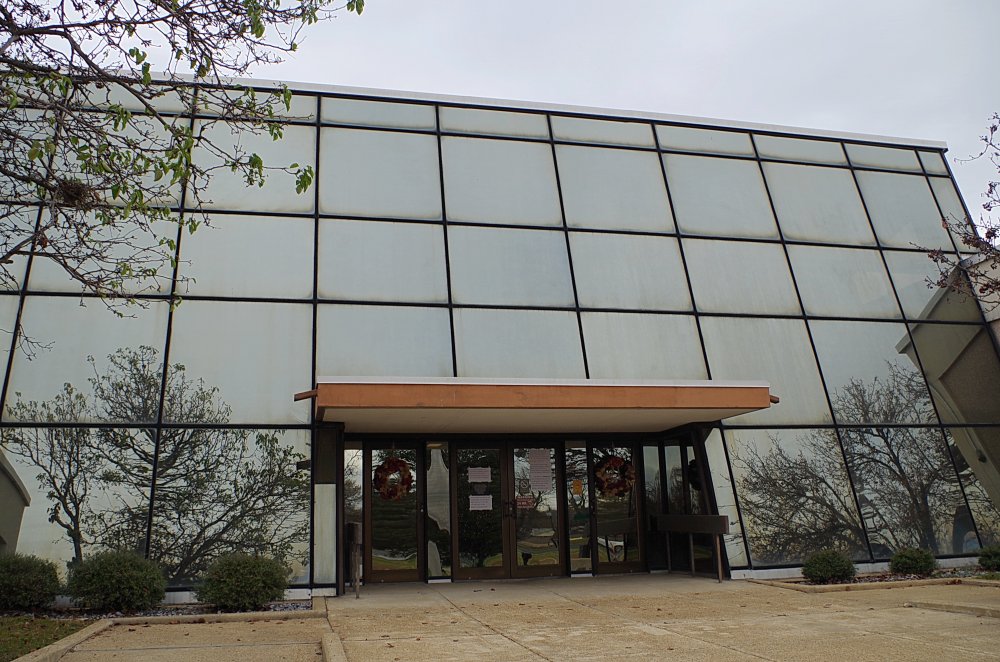 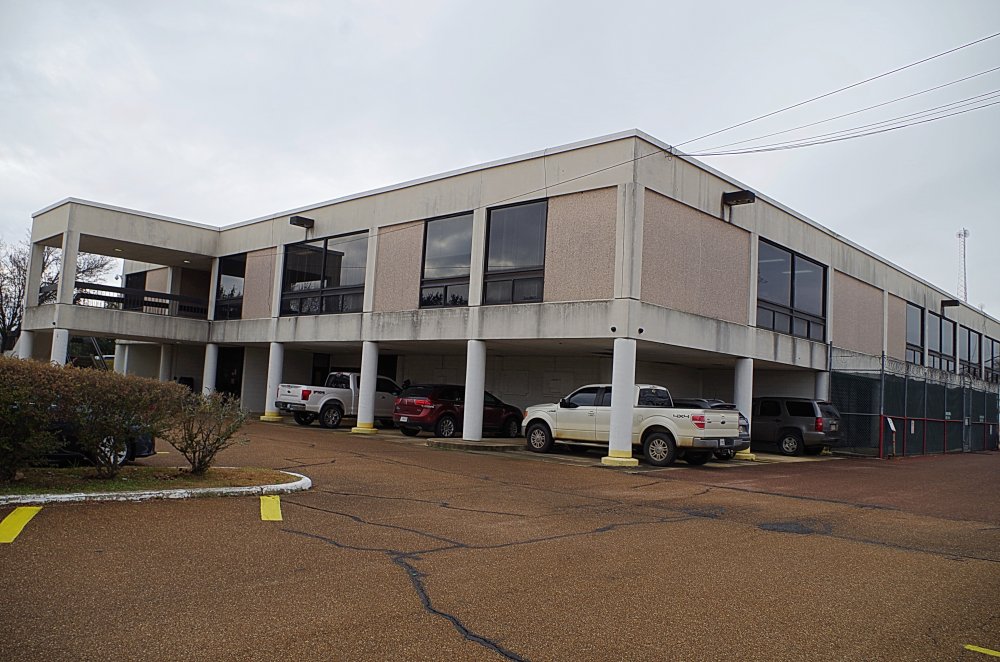