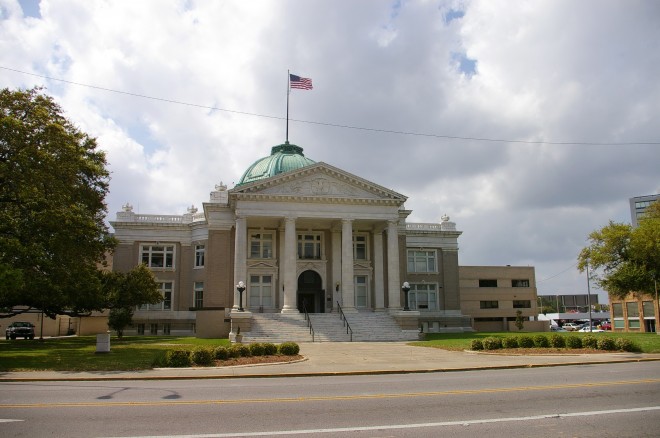 Calcasieu Parish is named for the name of an Atakapa Native American leader meaning “crying eagle”.

Description:  The building faces east and is two story buff colored brick, stone and concrete structure. The building is located on landscaped grounds in the center of Lake Charles with the Courthouse Annex and Judicial Center on the west side and the Administration Building on the south side..The east front has a large Roman Doric portico with four high columns rising to a pediment at the roof line. There are north and south wings. A white colored balustrade runs along the edge of the flat roof. On the center of the roof is a large green colored solid copper dome. The building is a replica of the Villa Cora in Vicenza, Italy known as the Rotunda. In the interior, the building is in the form of a very stunted cruciform shape with the entrance at one end of the cross. This area has a flat ceiling, entablature-like beams, and four free-standing Tuscan columns. The columns and the accompanying pilasters are ornamented with small lion’s heads on the capitals. This area, and many other parts of the first story, feature numerous egg and dart moldings. Inside the entrance vestibule is an imperial staircase which leads to the principal courtroom on the second floor. The large square shaped courtroom with rounded corners is located at the center of the second story.  The building houses the District Court of the 14th Judicial District. The area is lit from above through a series of Roman lunettes which form part of a large Roman lantern protruding one story above the rest of the building. An annex containing two additional court rooms was constructed in 1958, and another annex for the Third Circuit Court of Appeals of the State of Louisiana was completed in 1960. 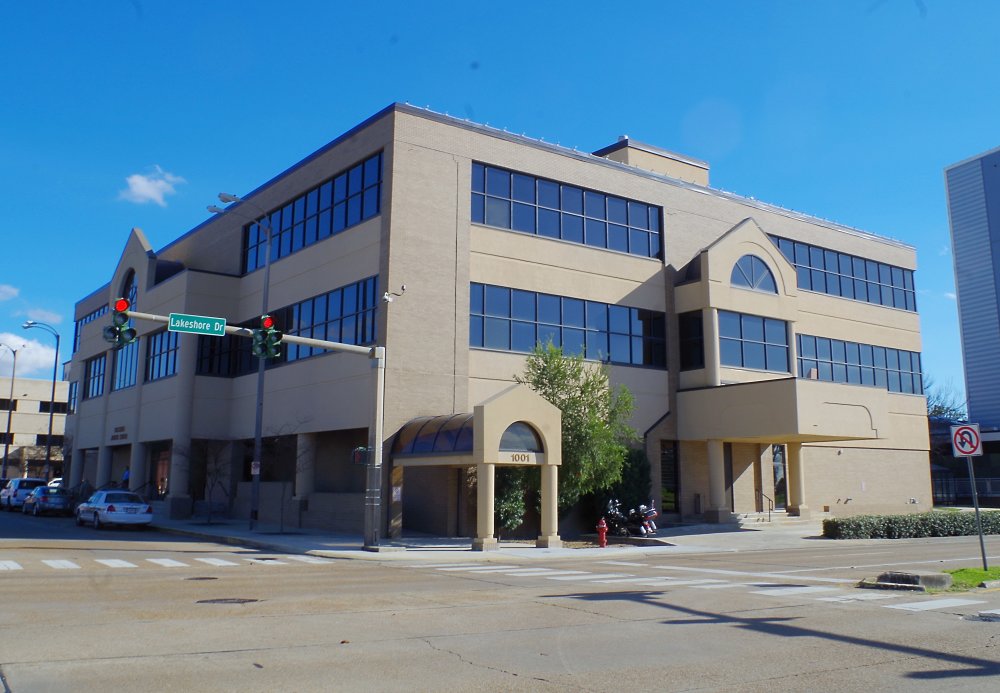 Description:  The building faces north and is a three story buff colored brick, buff colored concrete and glass structure. The building is located on the west side of the courthouse in the center of Lake Charles and is connected by a second story walkway. The north front has a recessed porch with pillars on the first story and large arched window above on the second and third stories. The east side has a recessed first story with pillars. The windows are horizontal. The roof line is flat. 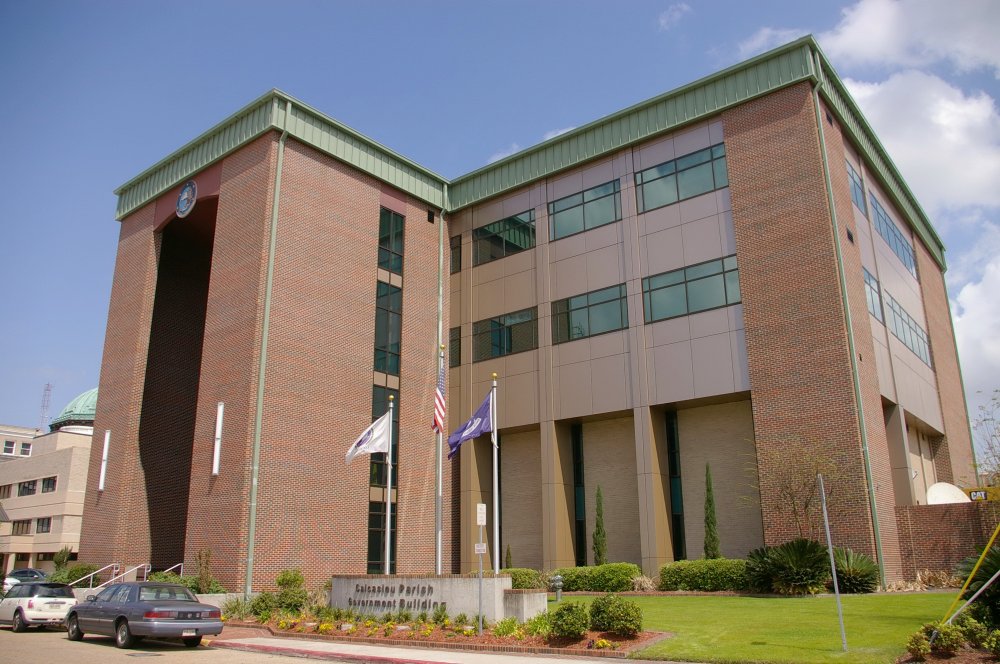 Description:  The building faces west and is a four story red brick, concrete and glass structure. The building is located on landscaped grounds in the center of Lake Charles on the south side of the courthouse. The main entrance is on the west side of the first story. The roof line ios flat. The building was enlarge in 1998. An addition was added in 2003. The architect was Ellender Architects Associates and the contractor was Alfred Palma, Inc.

See:  Located in the parish is the Louisiana Third Court of Appeal. 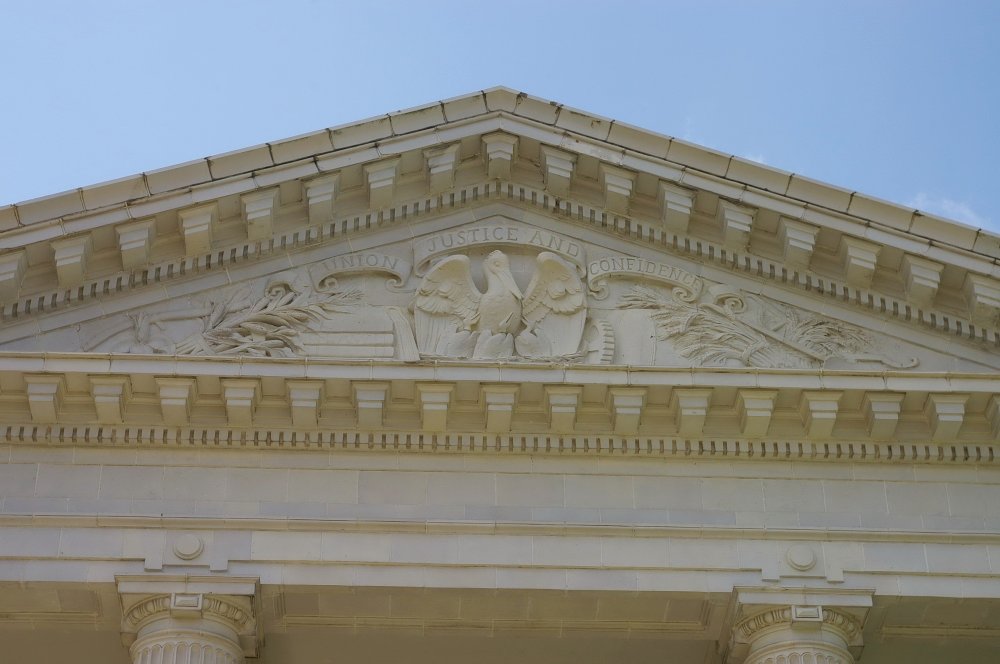 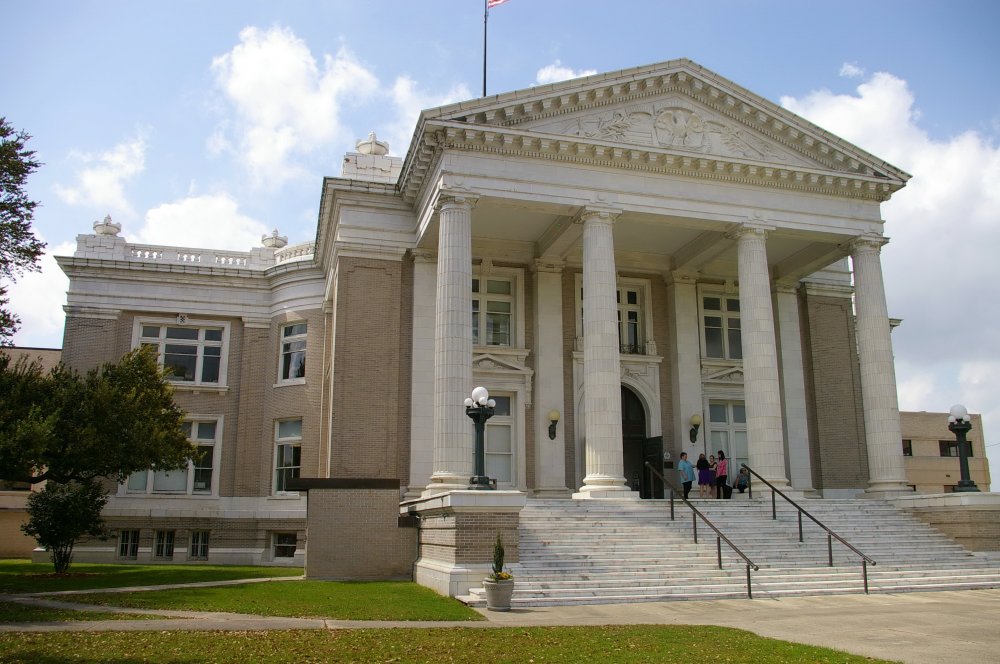 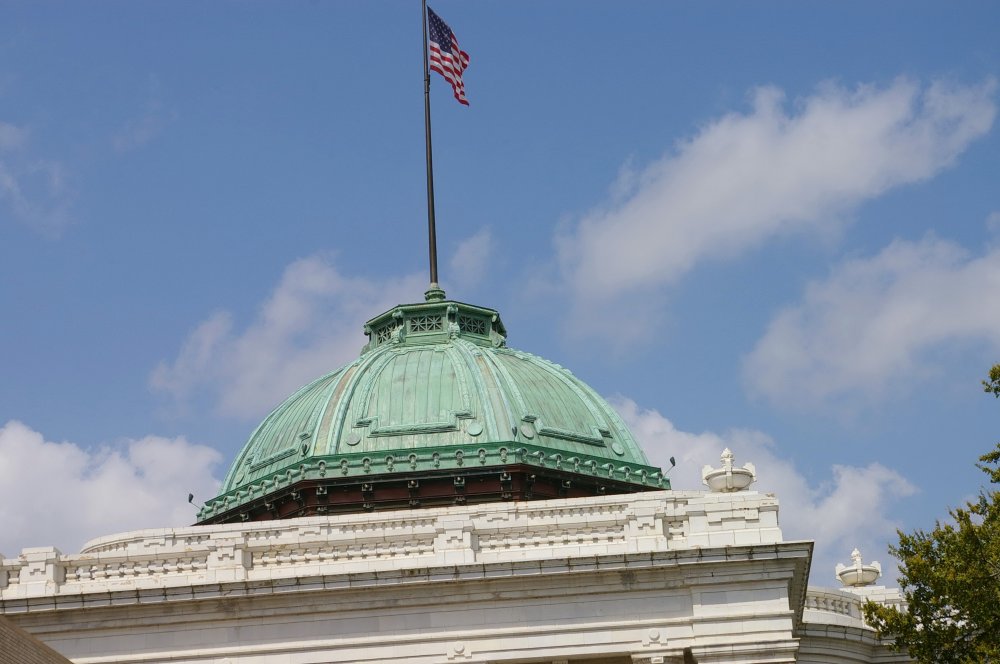 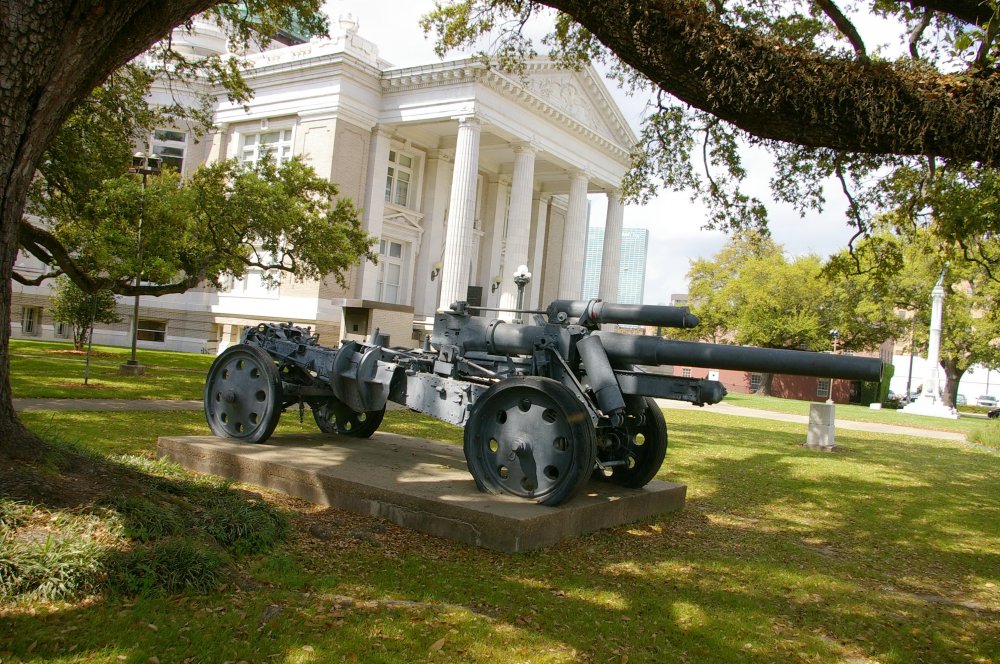 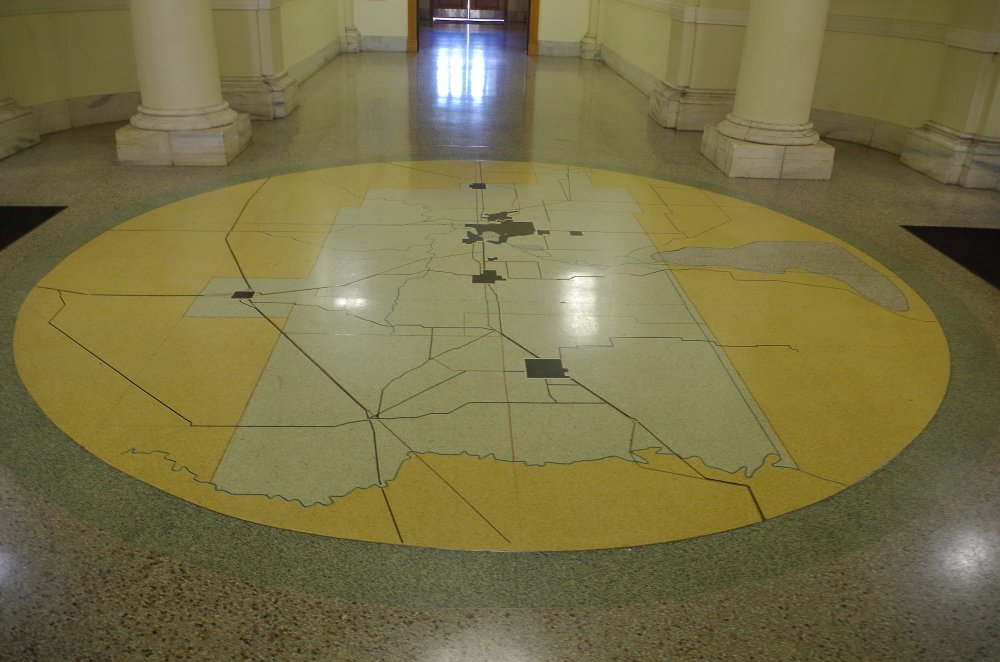 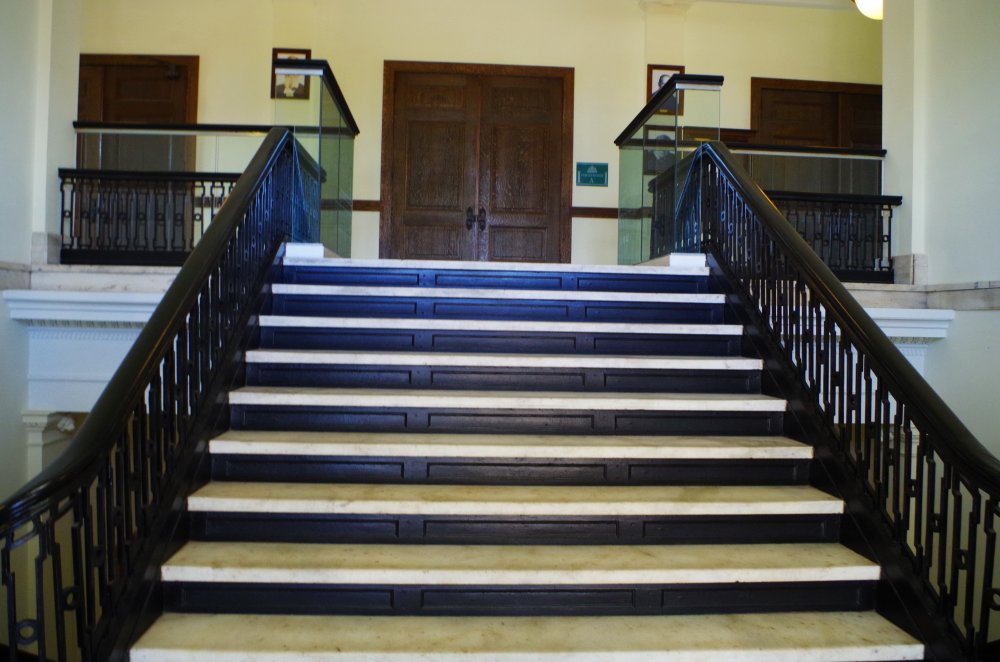