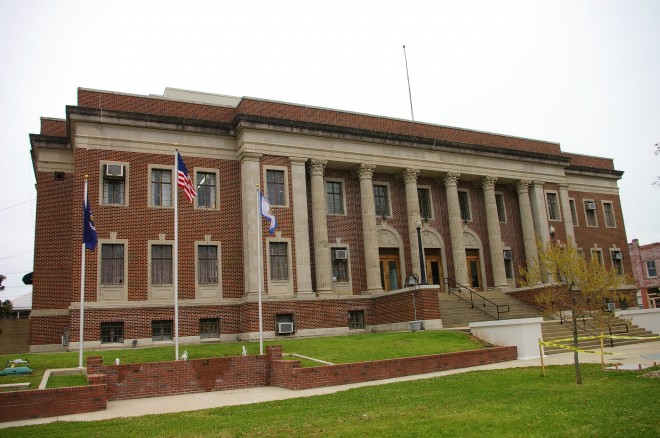 Avoyelles Parish is named for the Avoyel Native American people. 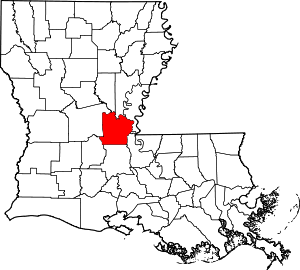 Description:  The building faces northwest and is a two story red colored brick and concrete structure. The rectangular shaped building is located on landscaped grounds in the center of Marksville. The west front has a large porch with six large columns rising to a wide stone header at the top of the second story. There are three doorways framed with stone. The roof line is flat. In the interior are marble wainscoting. The courtrooms are located on the second story. The building houses the District Court of the 12th Judicial District. The building was renovated from 1976 to 1978. 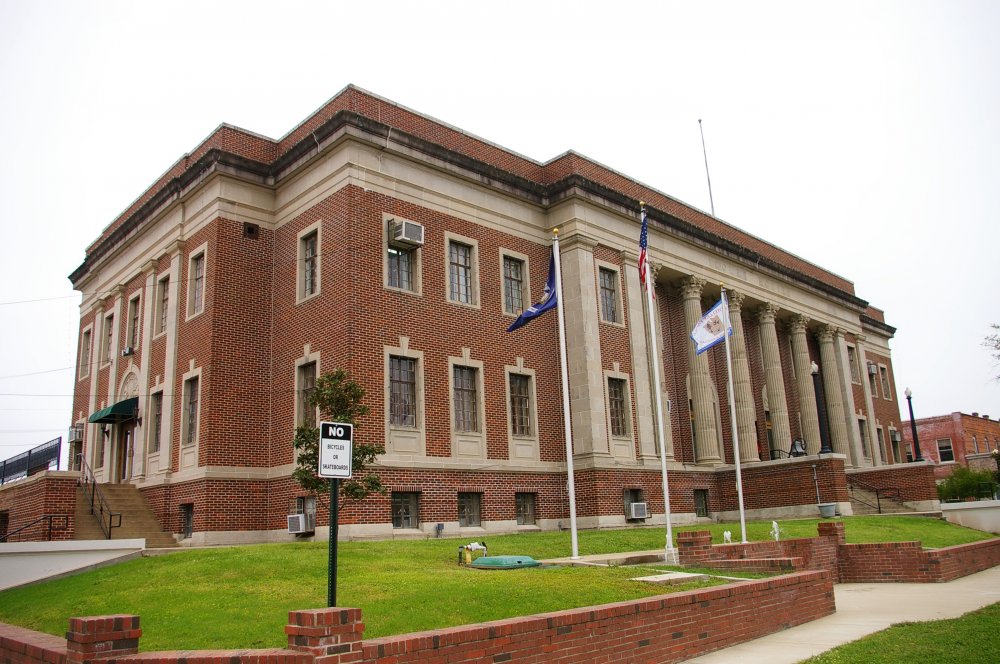