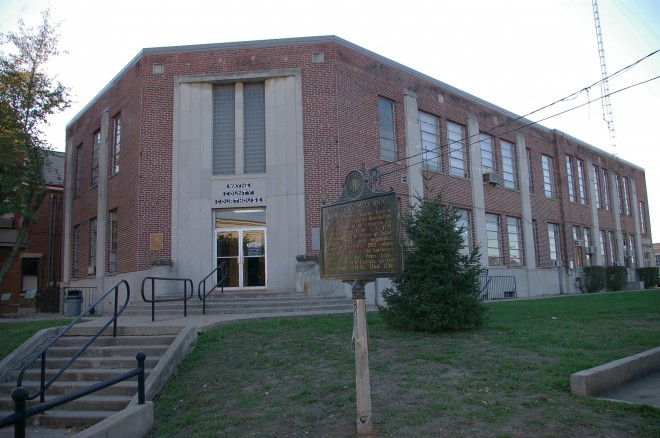 Contractor:  A S Caylor of Monticello

Description:  The building faces southeast and is a two story concrete, steel and red colored brick structure. The building is located on landscaped grounds in the center of Monticello. The main entrance at the northeast corner is framed with gray colored stone with a double window on the second story. Vertical bands of stone run intermittently along the sides of the building. The roof line is flat. 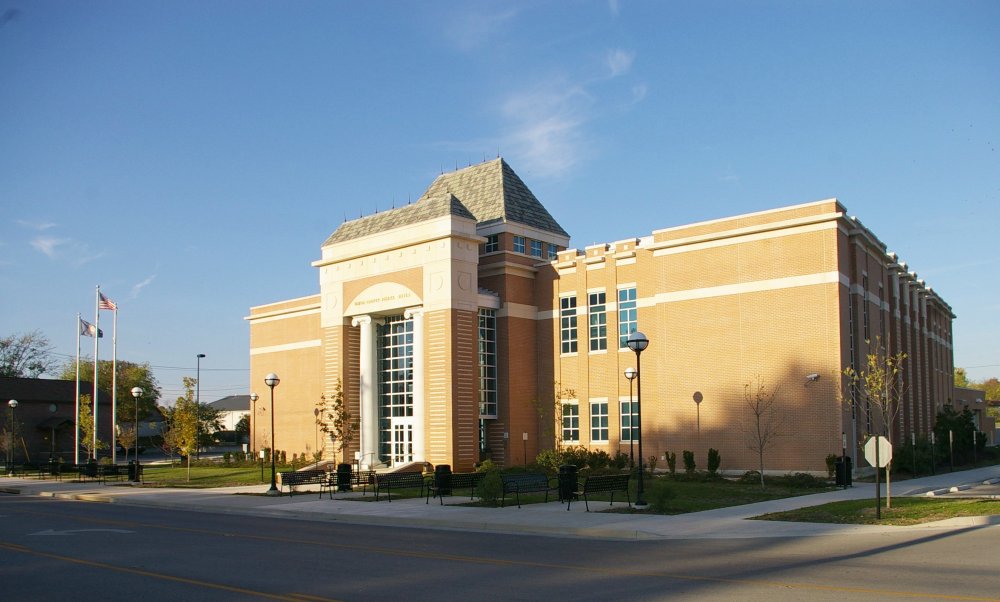 Description:  The building faces southwest and is a two story buff colored brick and concrete structure. The building is located on landscaped grounds in the center of Minticello  to the west of the courthouse. The southwest front has a projecting center section with two white colored columns rising to a wide header and behind is the recessed entrance and glass panels on the second story. Glass panels are on the southeast and northwest sides of the center section. At the top is a hipped roof with large roof behind. The rest of the building has a flat roof. 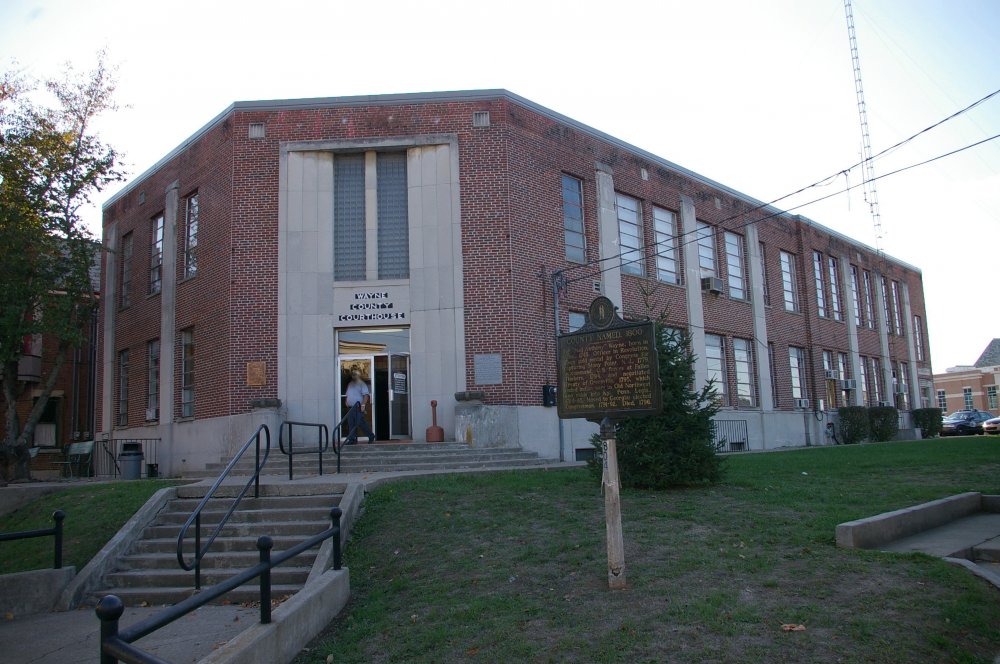 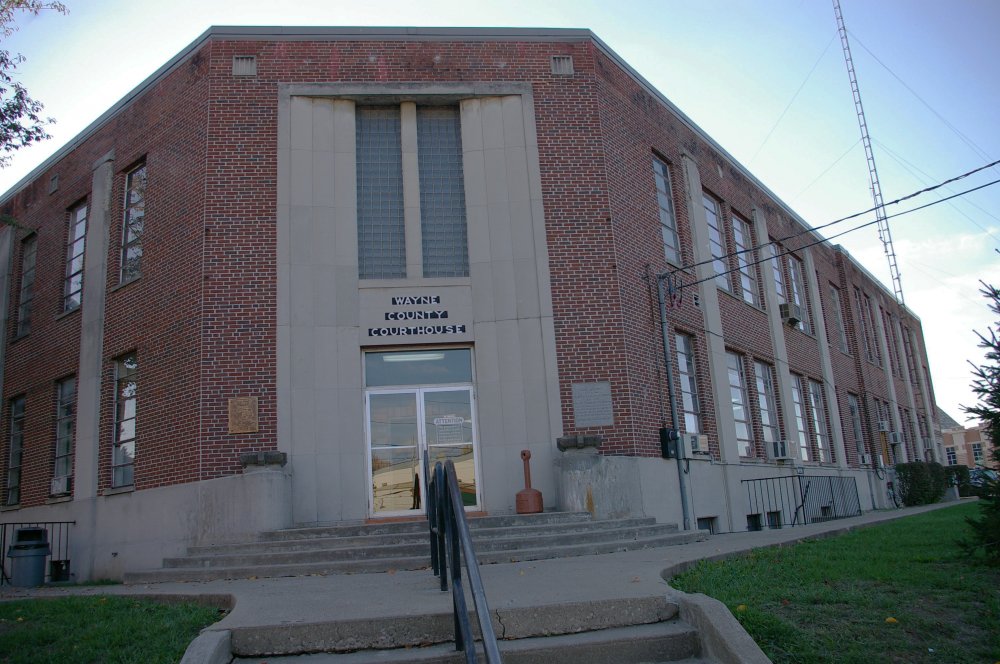 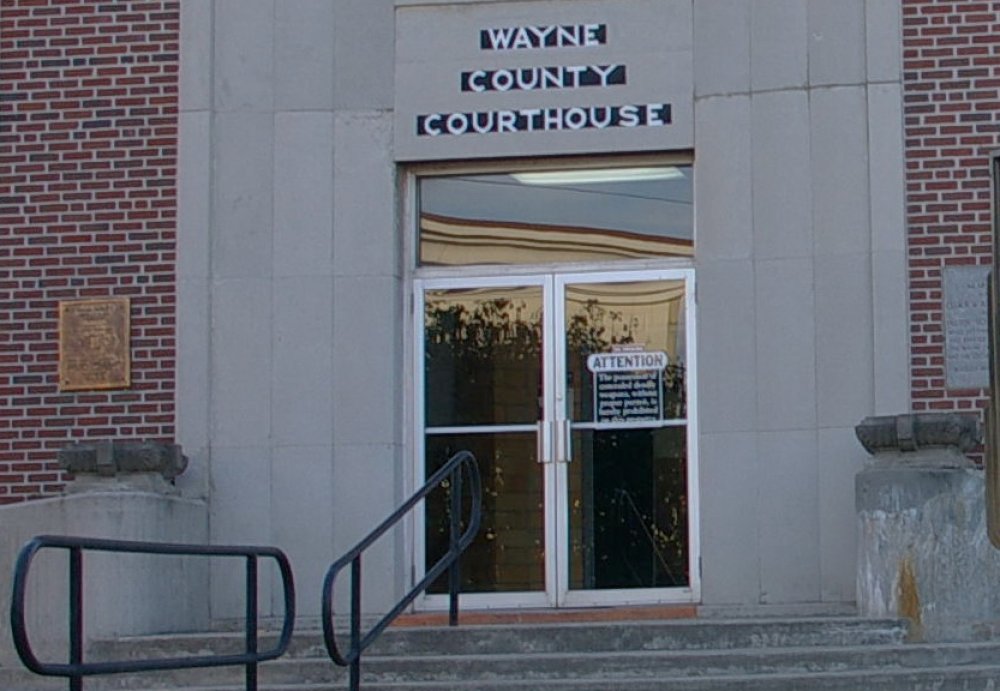 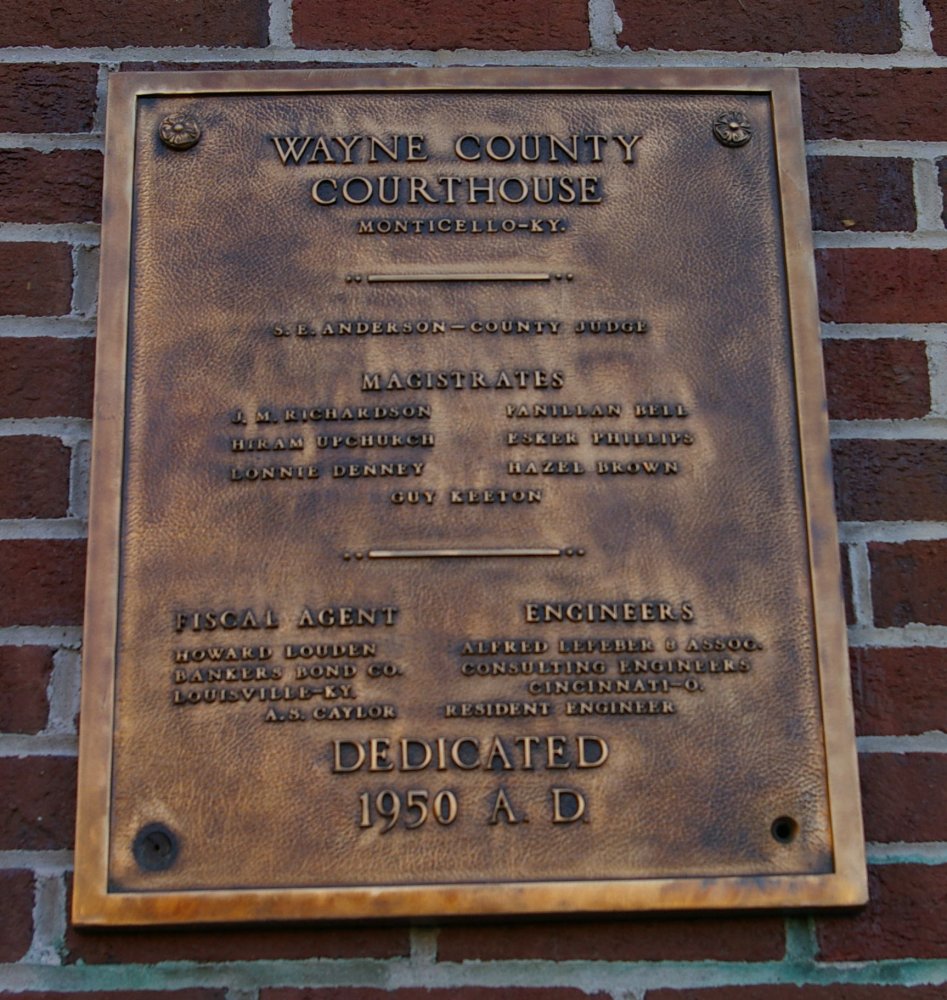 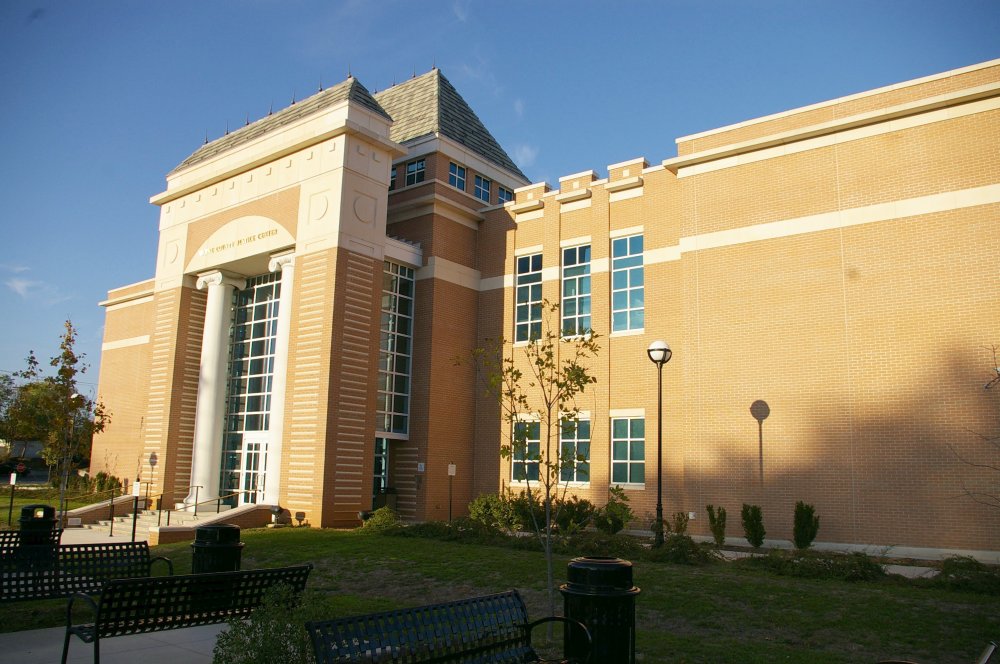 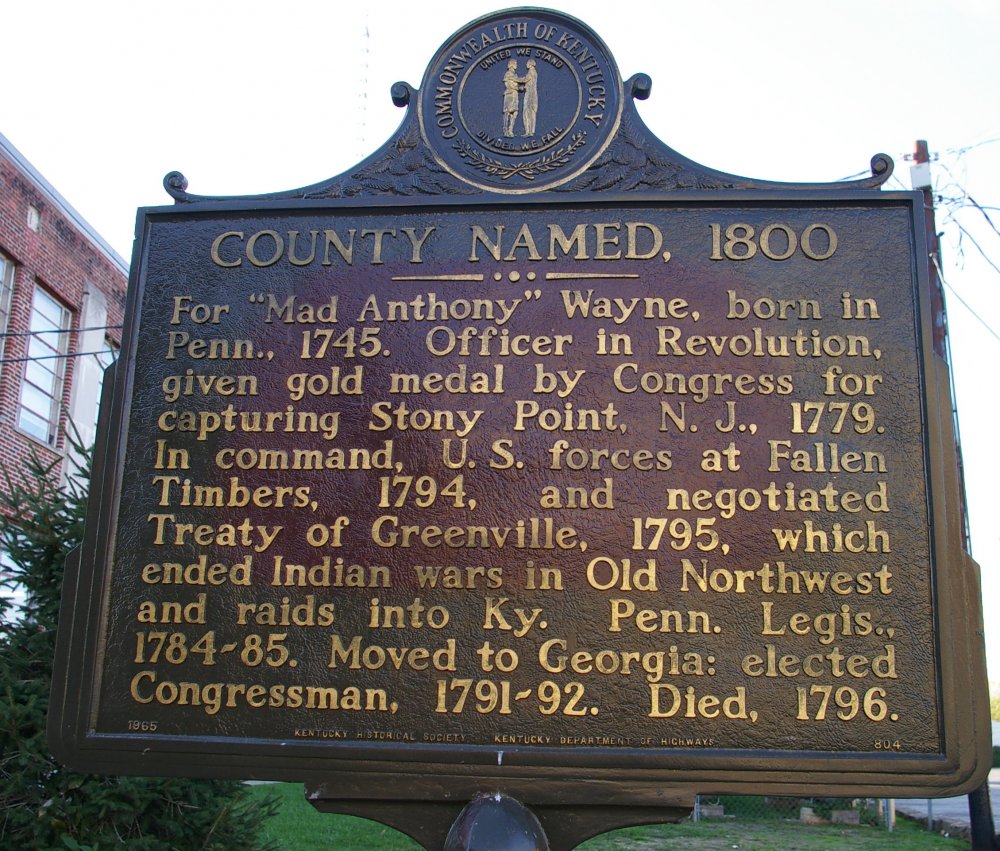