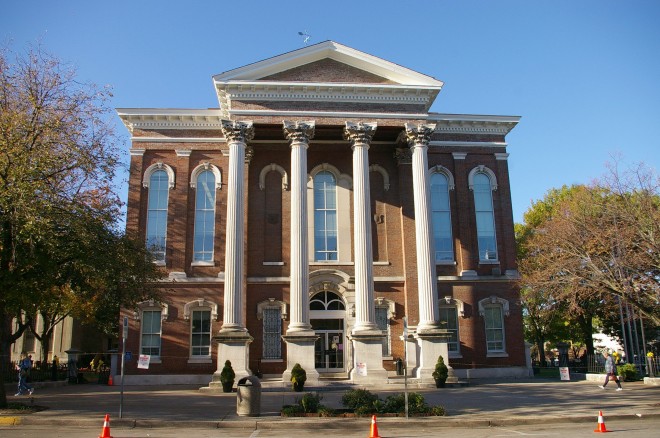 Warren County is named for Joseph Warren, who was a general in the American Revolutionary War, and who lived from 1741 to 1775.

Description:  The building faces northeast and is a two story dark red colored brick structure. The north front has a large portico supported by four large white colored columns rising to the pediment at the roof. The second story windows are arched. On the roof center is a round white colored  cupola with clock and green colored dome roof. Description:  The building faces southeast and is a four story dark red colored brick and concrete structure. The rectangular building has a round tower at the center of the southeast front with entrances on the first story and columns rising from the second story to the top of the fourth story and with recessed glass panels and round black colored dome at the top. Horizontal cornices run below the flat roof line and above the second story windows. On the north side is a two story wing.