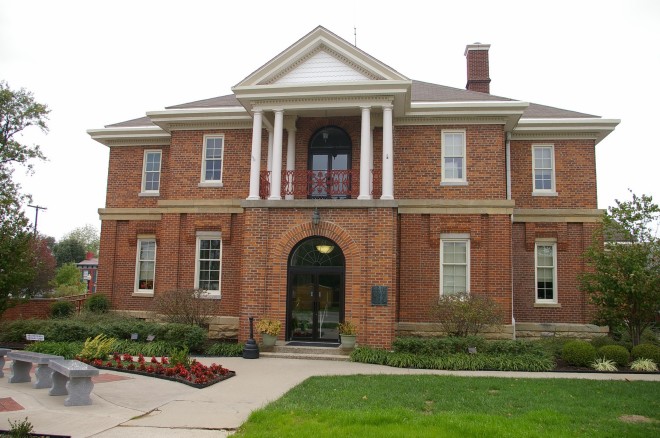 Trimble County is named for Robert Trimble, who was an Associate Supreme Court Judge from 1826 to 1828.

Description:  The building faces east and is a two story red colored brick structure. The building is located on landscaped grounds with the old jail and Fiscal Court Building in the center of Bedford. The east front has a brick enclosed portico on the first story, and with an open portico with white columns on the second story. A double horizontal band separated the floors. The building has small side extensions with entrances. The courtroom is located on the second story. The Fiscal Court Building is located on the north side and was constructed in 1988.

History:  The first courthouse was built in 1837. The second courthouse was designed by MacDonald Brothers and built by B F Fletcher, Jr. of Aurora, Indiana in 1884 at a cost of $12,598. On March 5, 1952, the second story was gutted by fire and rebuilt and redesigned by architect Carl D Russell of Louisville and the contractor was Harnall Lumber Company. W W Burgess and J O Frost. The first story retains the original appearance. 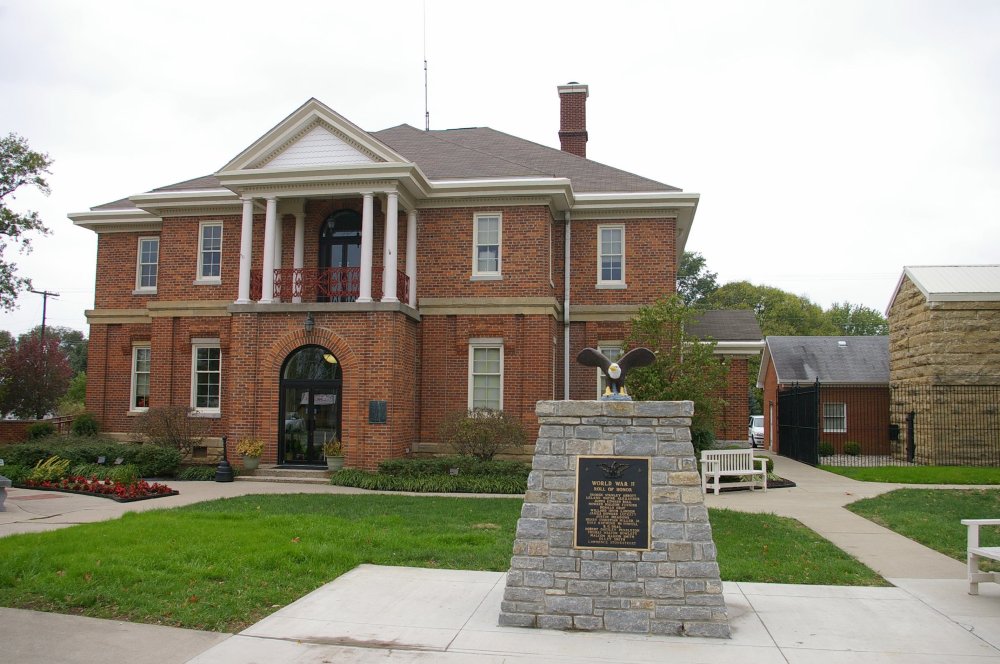 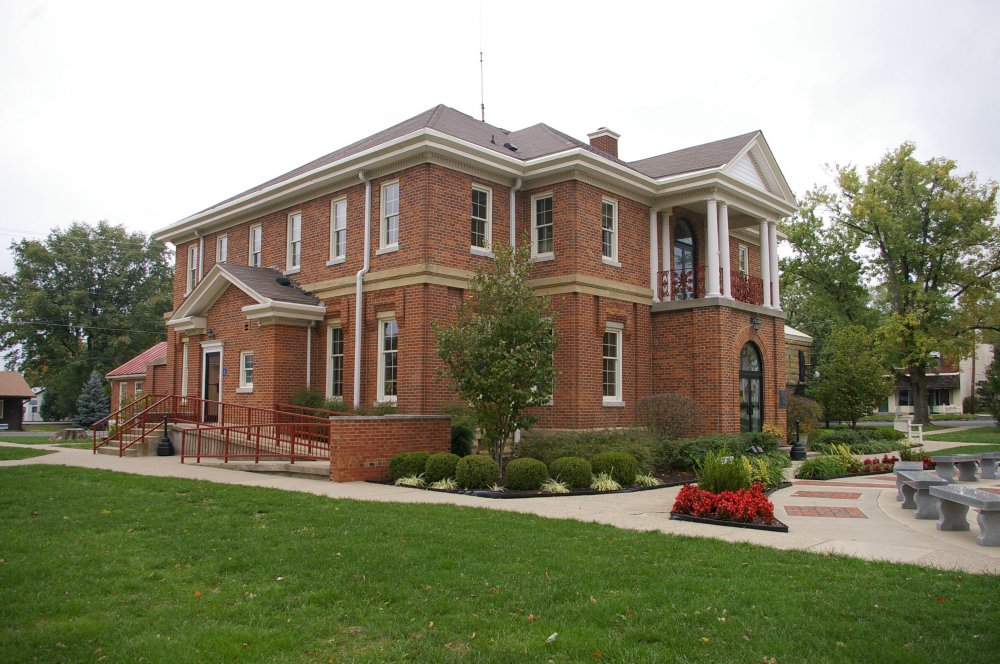 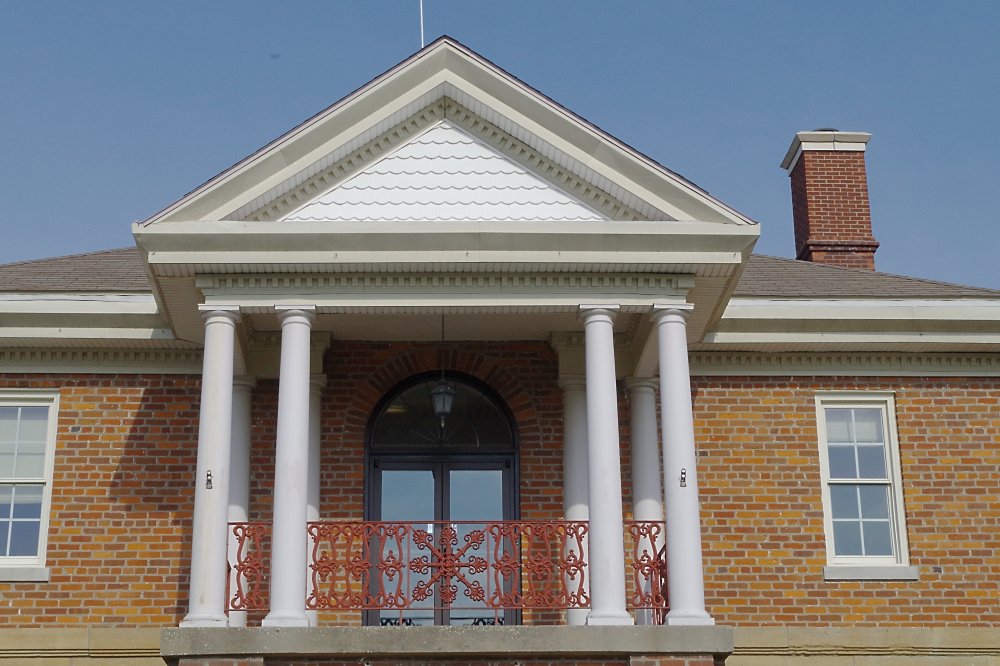 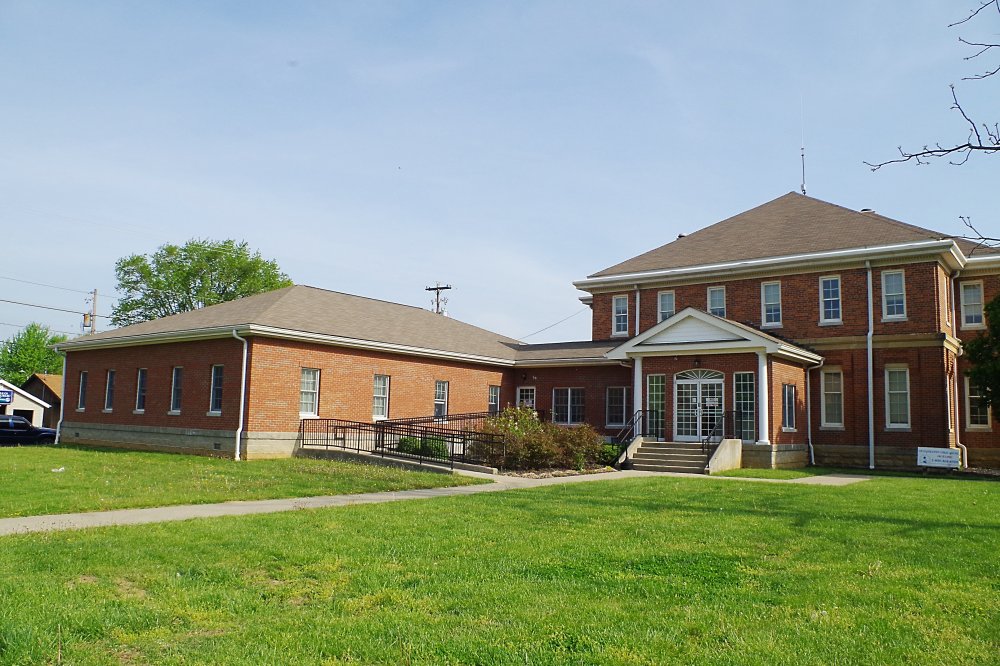 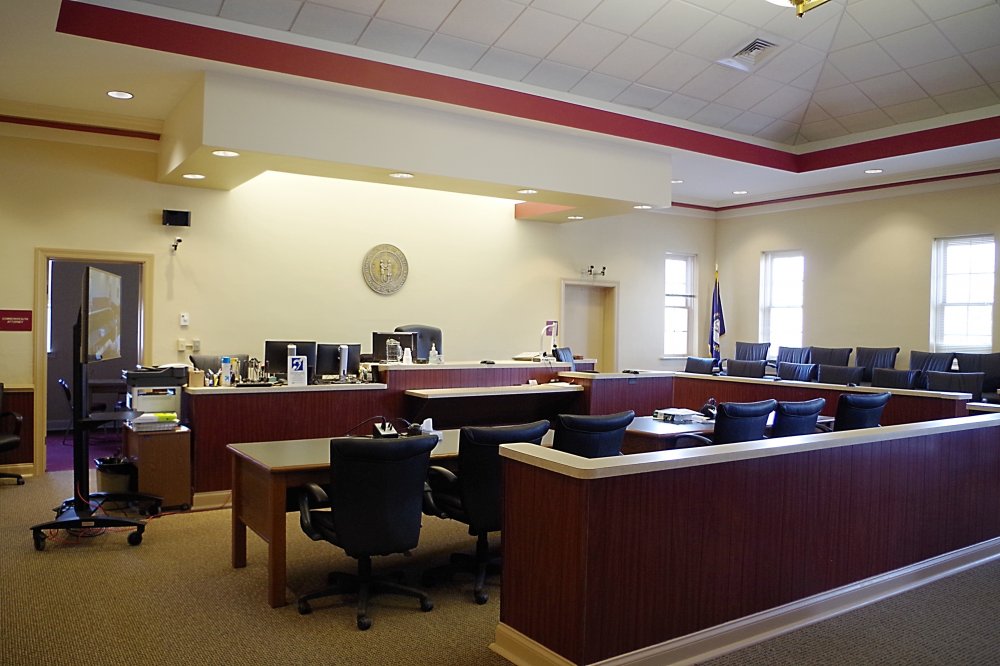 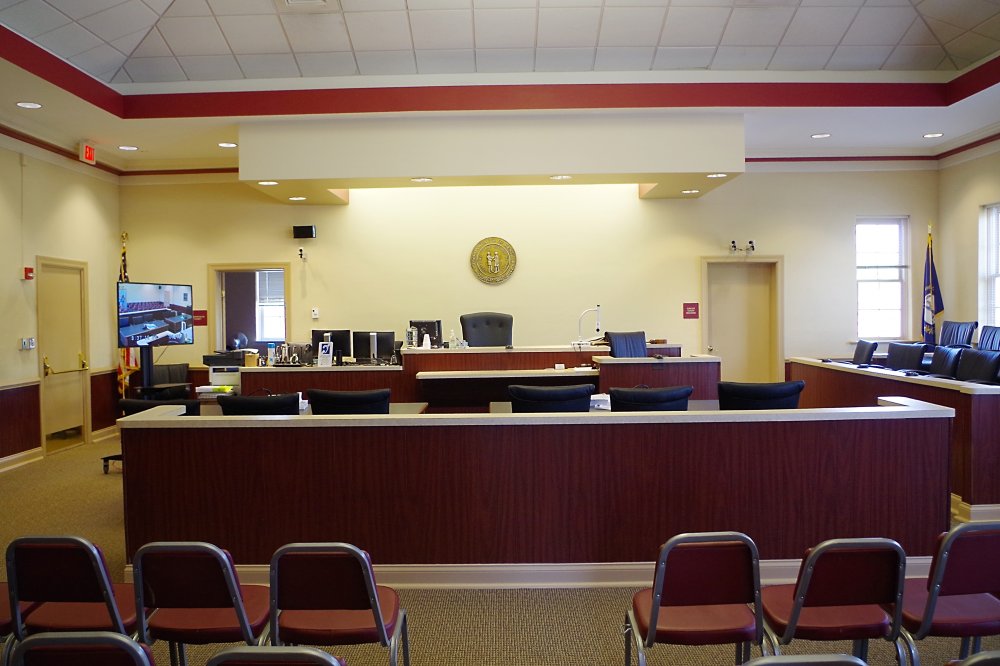 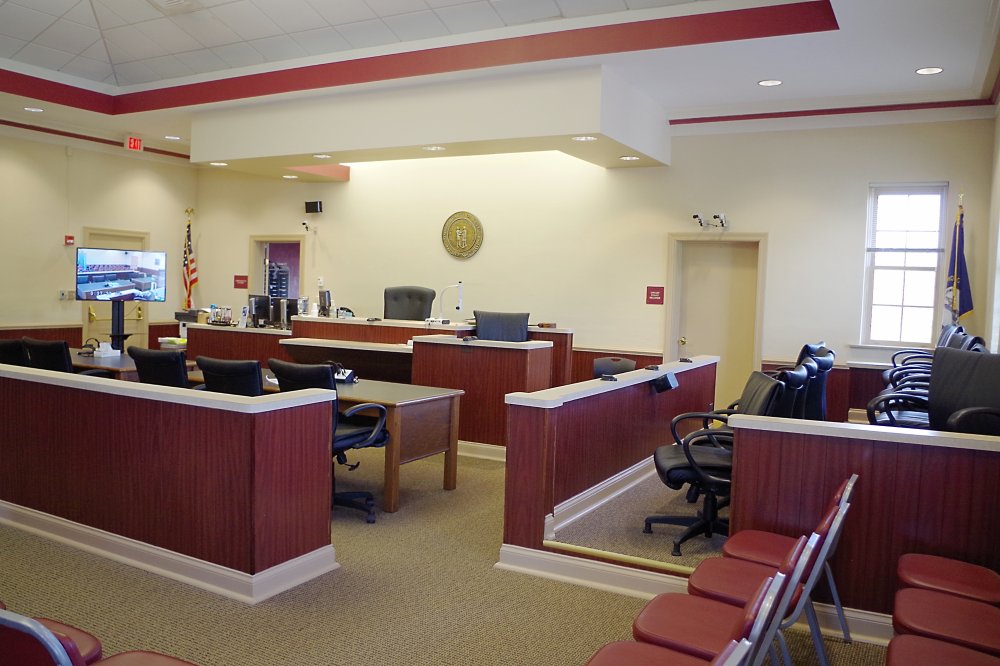 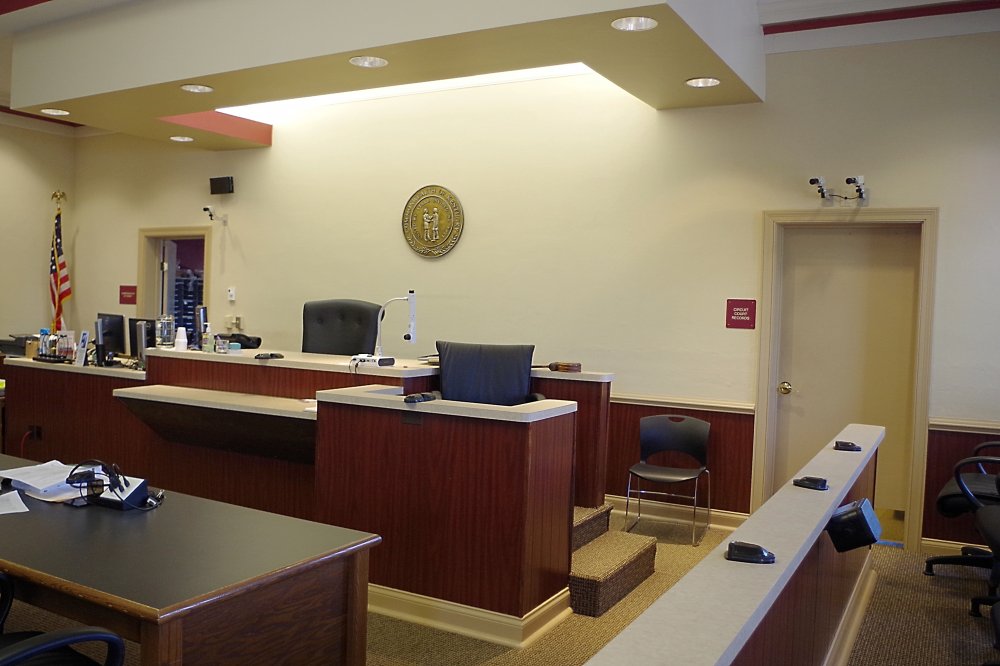 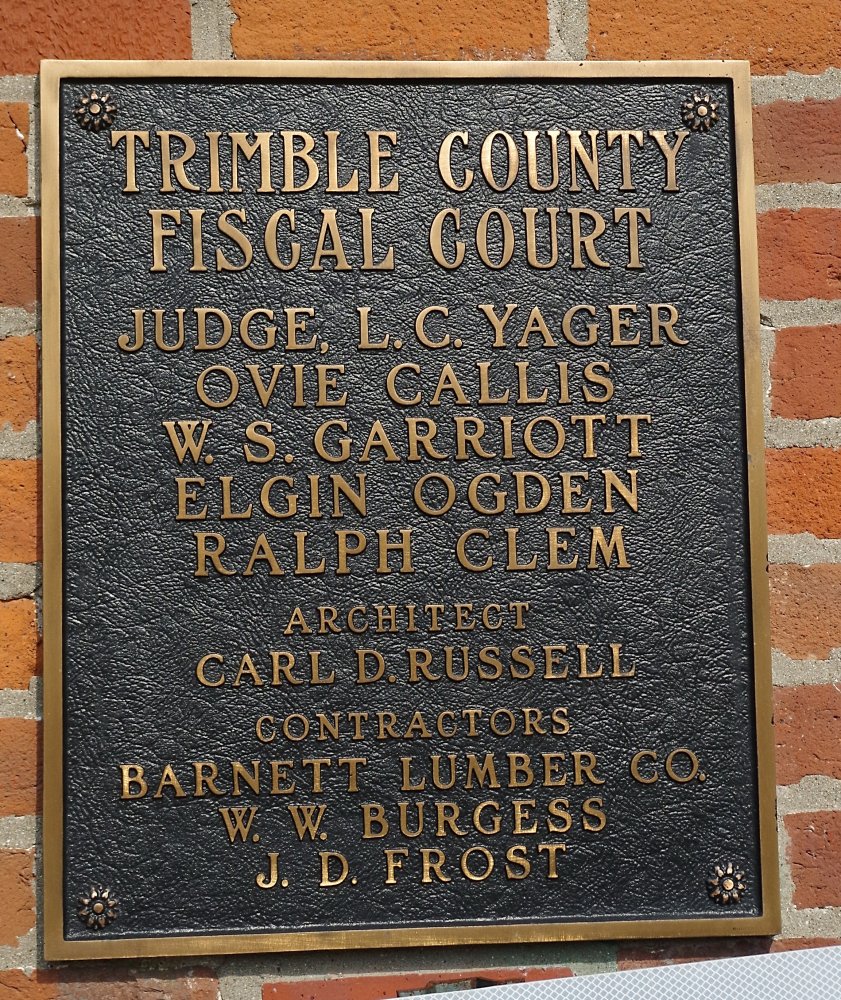