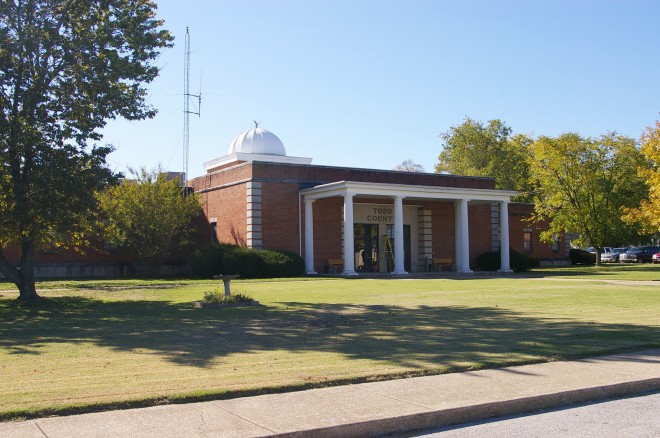 Todd County is named for John Todd, who was a military colonel killed at the Battle of Blue Licks, and who lived from 1750 to 1782.

Description:  The building faces south and is a two story red colored brick and concrete structure. The building is located on landscaped grounds in the center of Elkton to the northwest of the courthouse. The south front of the rectangular shaped building has a large projecting portico faced with beige colored concrete blocks and with four concrete columns rising to a pediment with round window at the roof line. The recessed entrance rises to an arched window at the second story. The windows are trimmed and a wide band runs below the roof line. The roof is hipped with gable ends at the center of the east and west sides. 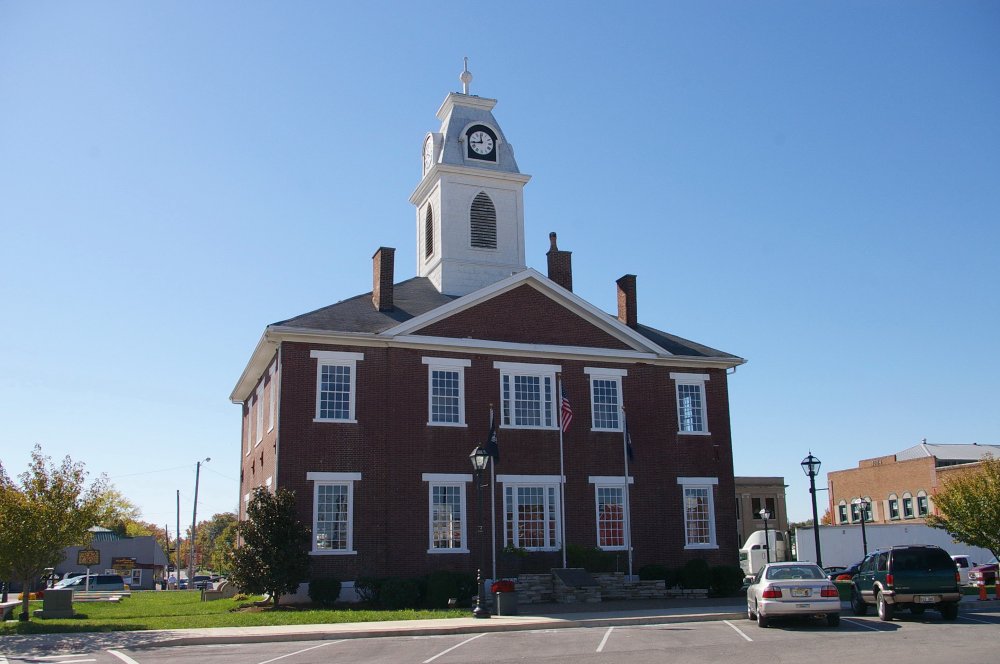 Description:  The building faces east and is a two story red colored brick structure. The building is located on the landscaped grounds of the Public Square in the center of Elkton to the north of the courthouse. The rectangular shaped building consists of an almost cubical block of Flemish-bond brick with queen closers at the corners and beside the openings.  The entrance doors are framed with white colored wood as are the headers above each window. Atop the building is a large square white colored wood cupola with clock at the top roof. The cupola was added in 1871 in Second Empire style. The roof is hipped. Between the tops of the doors and the transoms are interesting bands of “teardrop dentils, which also appear in the interior architectural details of the first story courtroom. The balusters of the south stairway have an unusually heavy quality, suggesting Grecian entasis. The building now houses a museum.

Note:  Legend has it that a different brick mason laid each of the four brick walls and whoever finished first and constructed the best wall would receive a prize. It was recorded that a Mr. Shemwell won a coat as a prize for the south wall. Union troops occupied the building during the Civil War and was used as their headquarters. 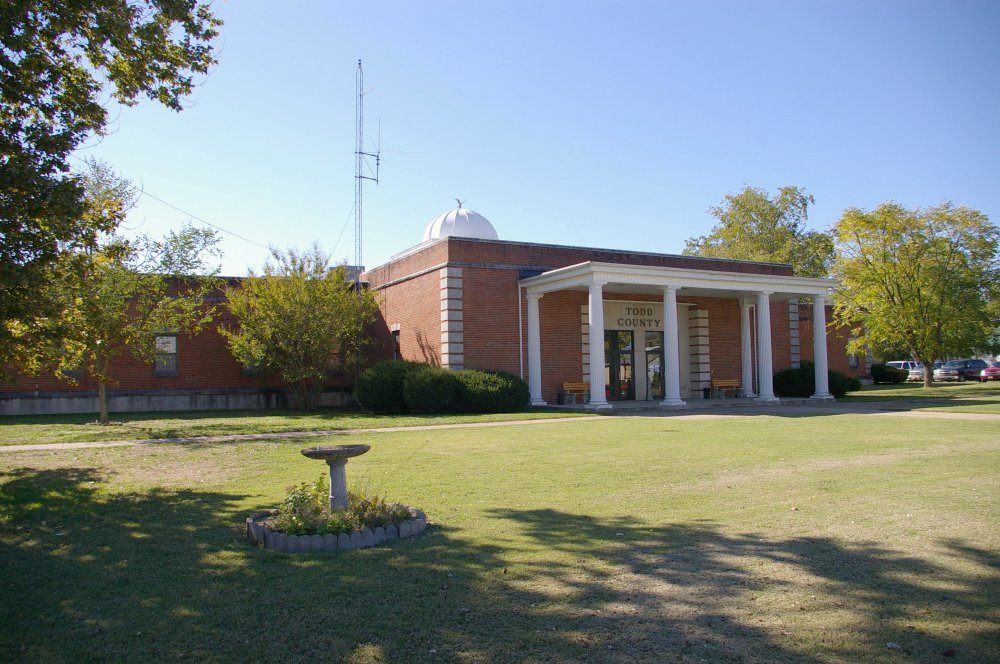 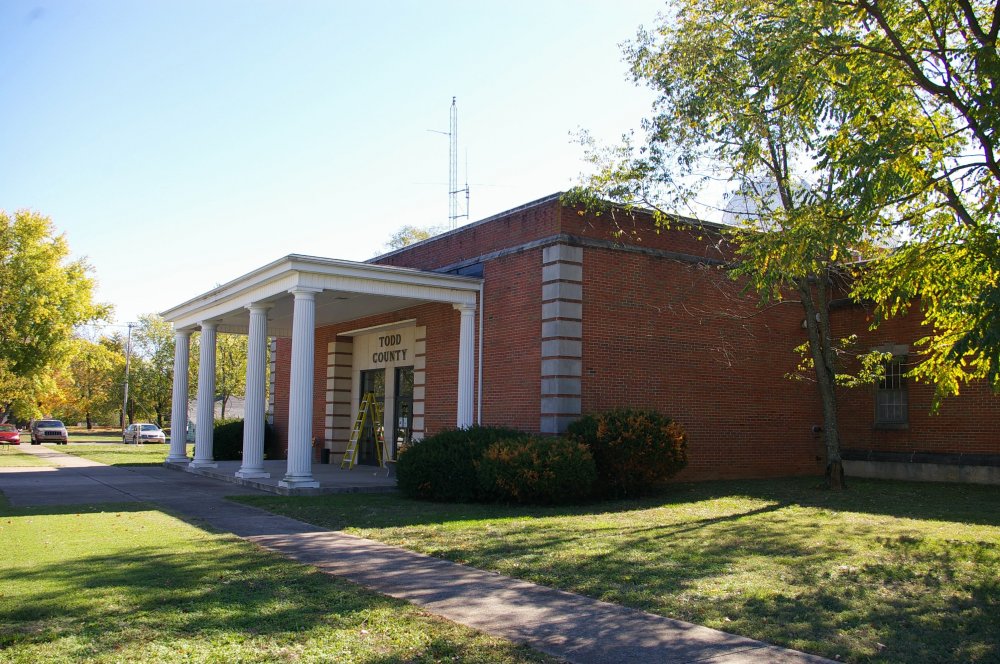 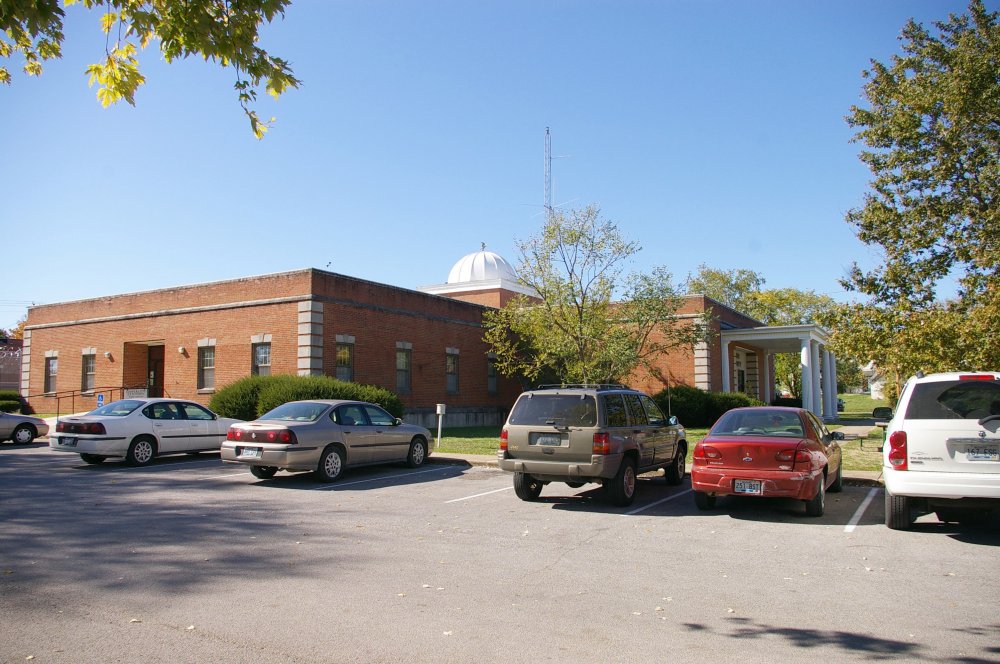 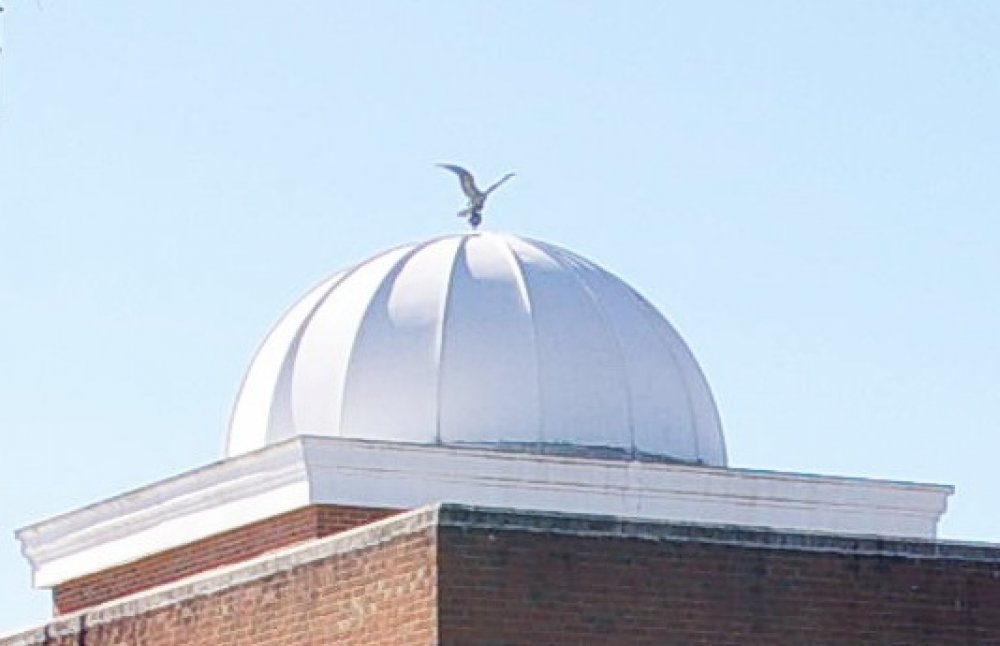 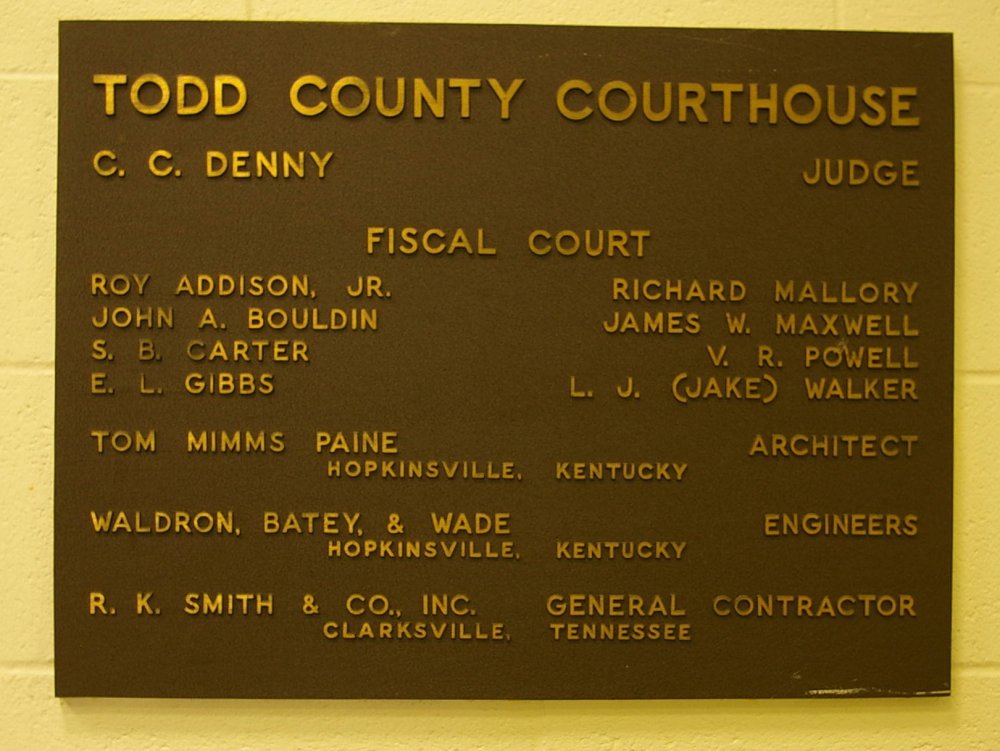 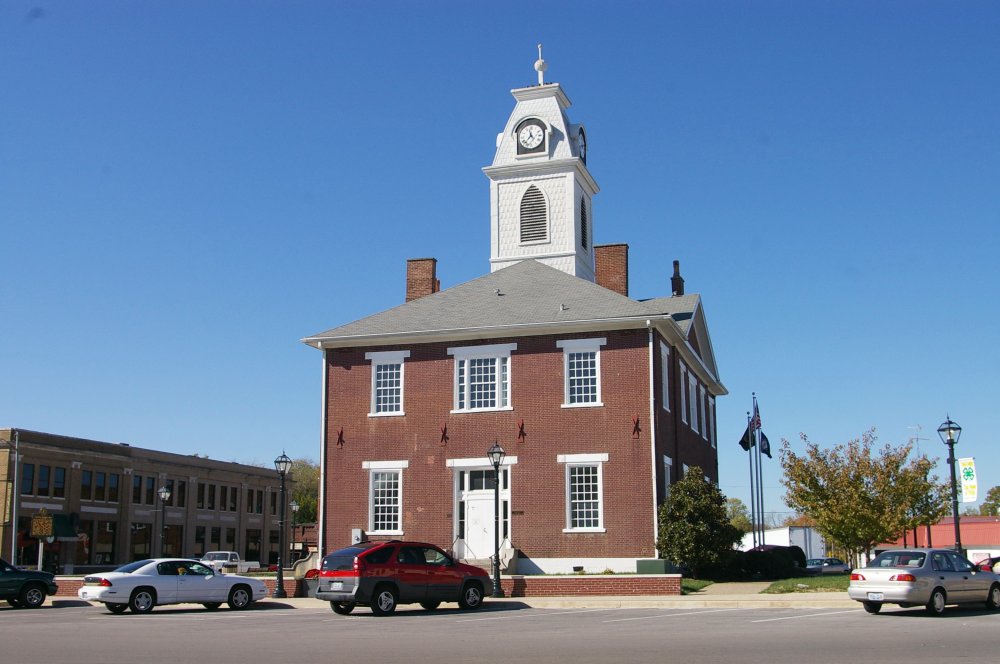 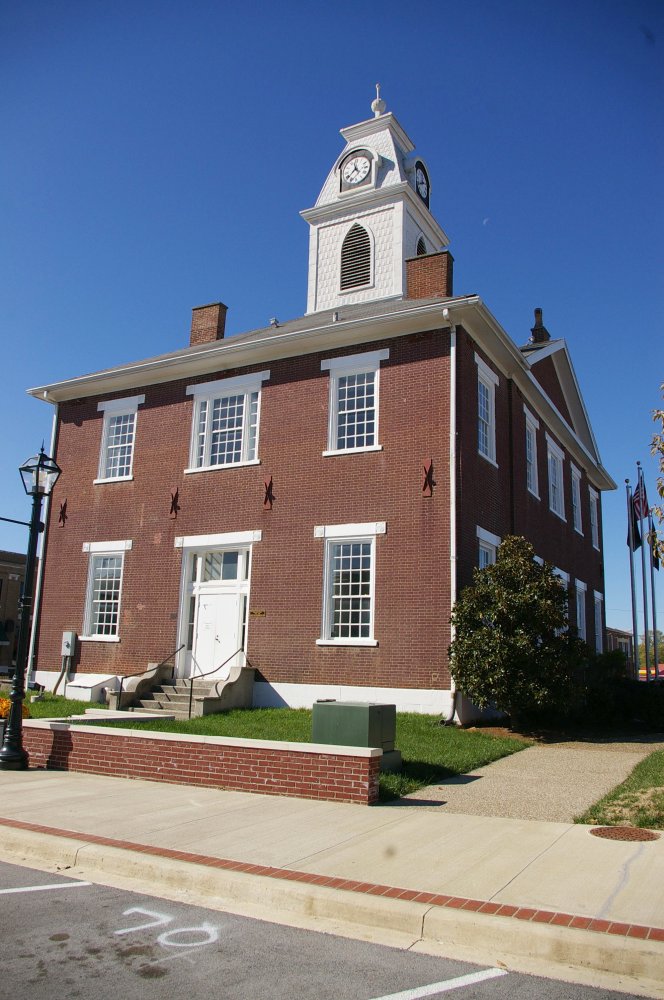 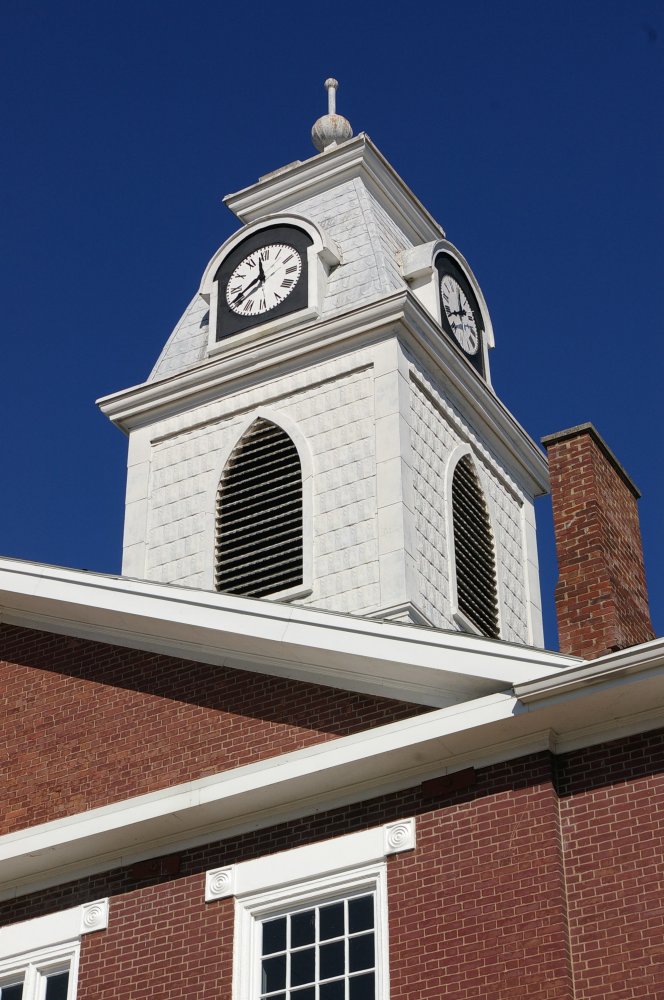 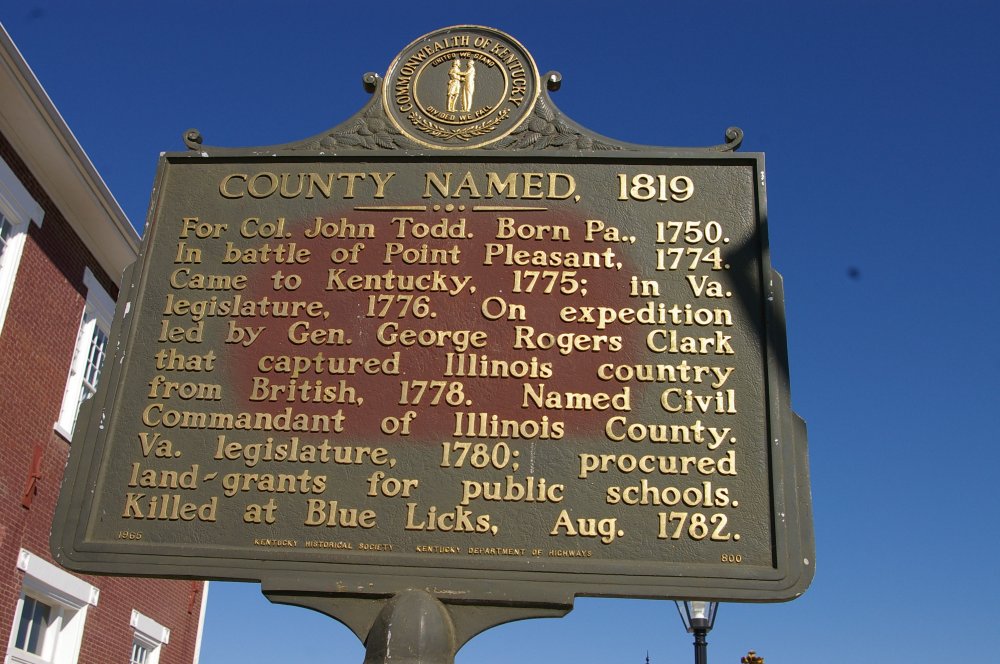