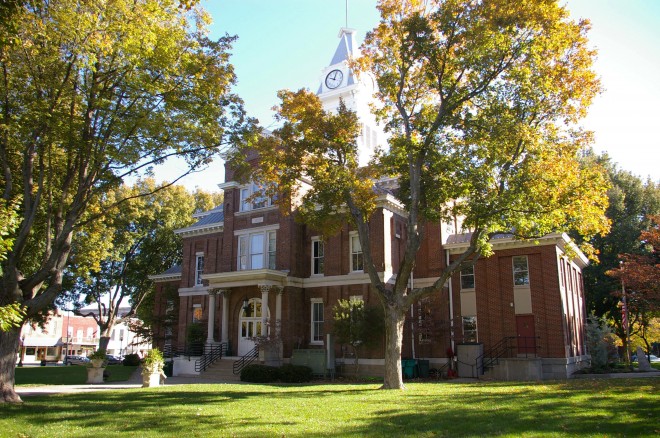 Simpson County is named for John Simpson, who was a military captain killed at the Battle of River Raisin.

Description:  The building faces east and is a two story dark red colored brick structure. The east front has a small portico supported by four columns and the entrance has arched windows above the doorway. The square red colored brick tower rises to a third story over the entrance. On the center of the roof is a large white colored square cupola with clock at the top and steep roof. In 1962 wings were added to the building on the north and south sides. The architect was Frank D Cain Jr. The building is located in Courthouse Square.

Note:  I J Bogan, James N LaRue and W W Bush were appointed to supervise construction. One of the McDonald Brother’s superintendents, Peter Pfeiffer, an experienced stone mason, probably supervised the construction as he had done for the jail in 1879. At that time, Simpson Countian, Cornelius Peden, and his workmen undertook the Herculean task of quarrying, transporting, shaping and assembling the huge limestone blocks for the jail under the watchful and expert eye of Mr. Pfeiffer.

Note:  The courthouse retains the original clock and bell made by the McShane Bell Foundry-Henry McShane and Company, Baltimore Maryland in 1883. The bell has been used through the years to announce the opening of court sessions. 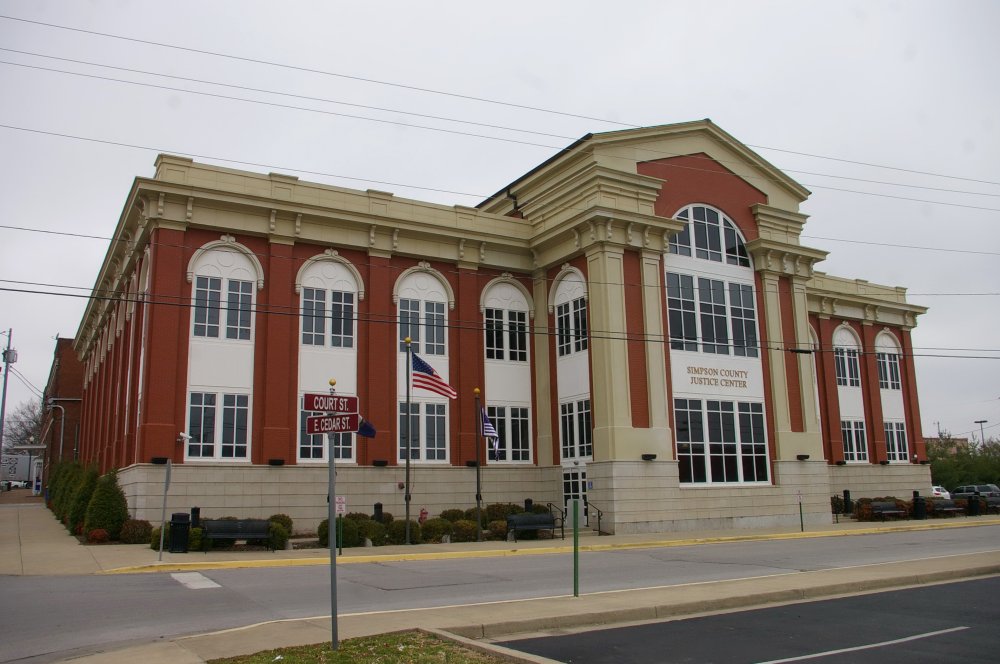 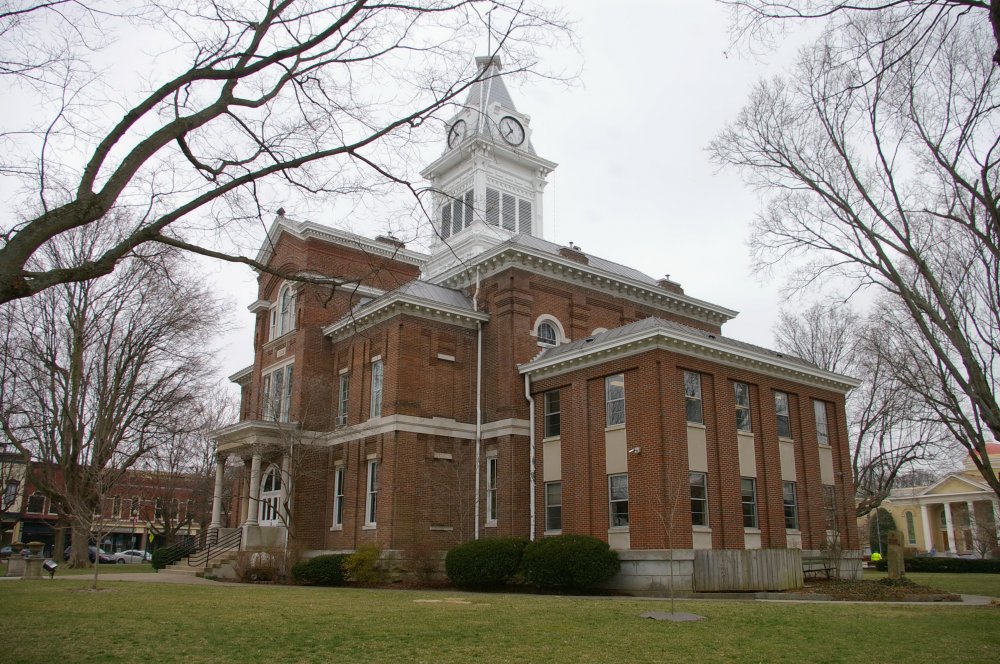 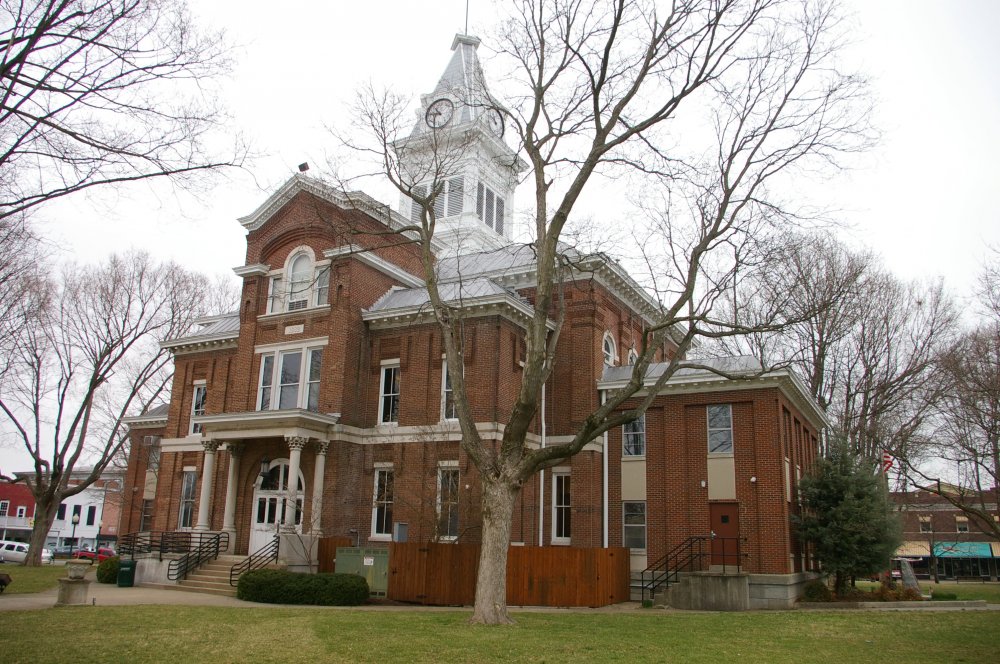 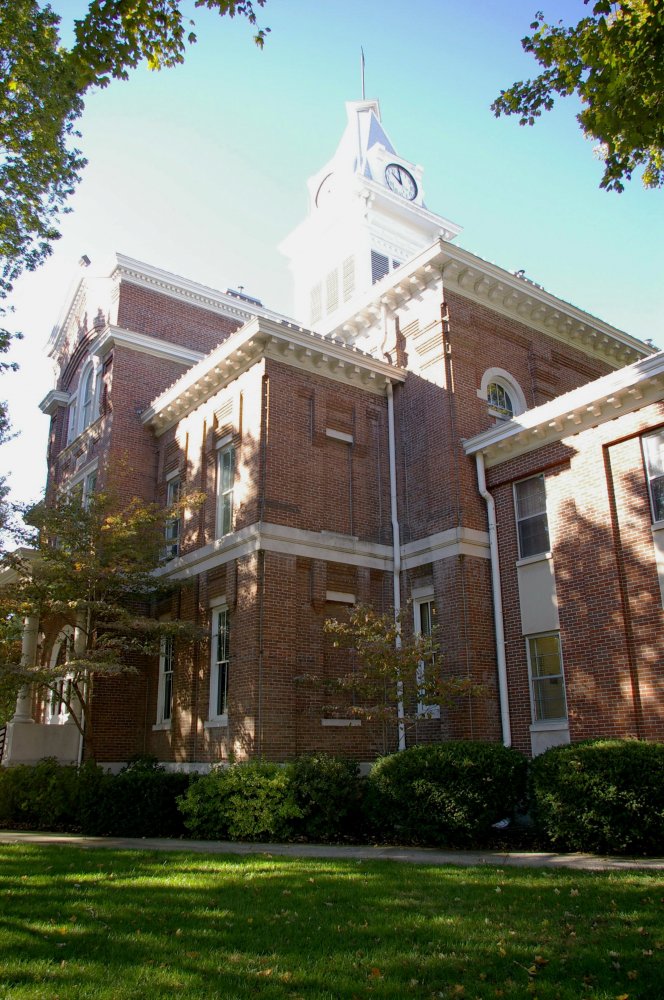 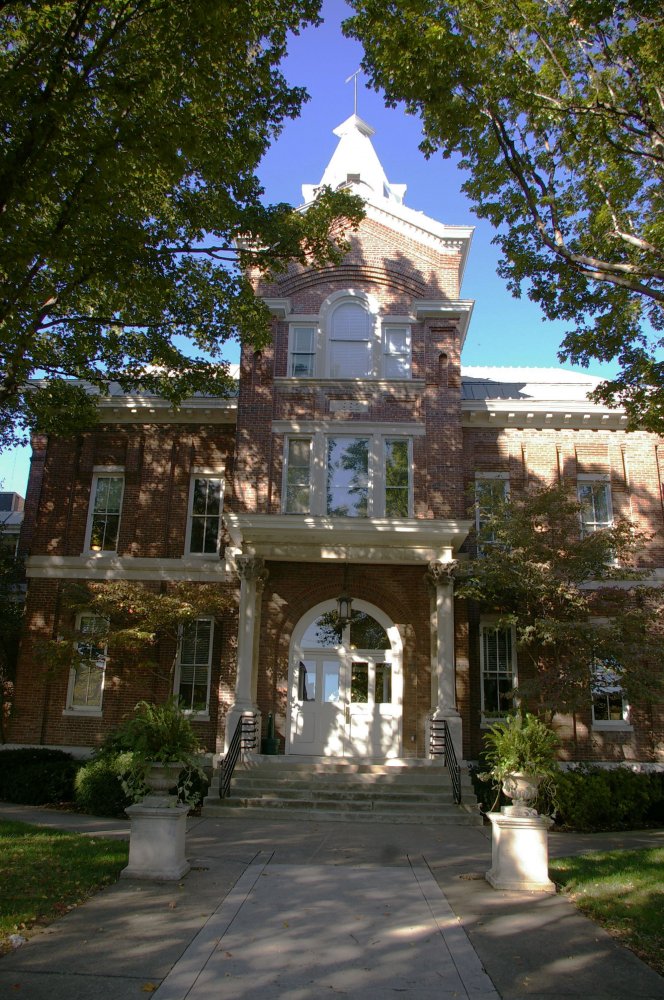 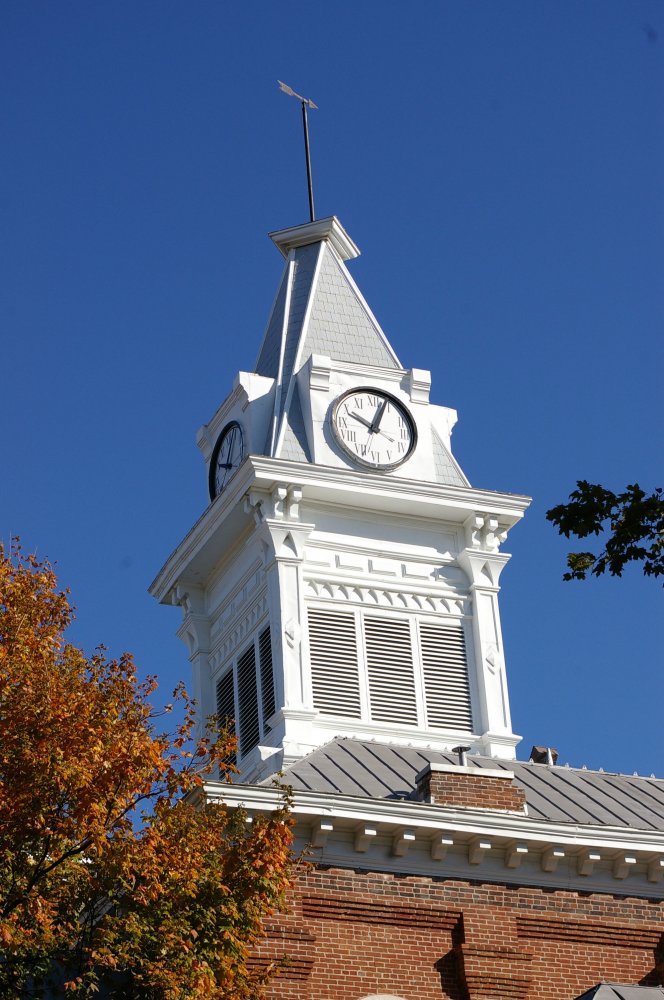 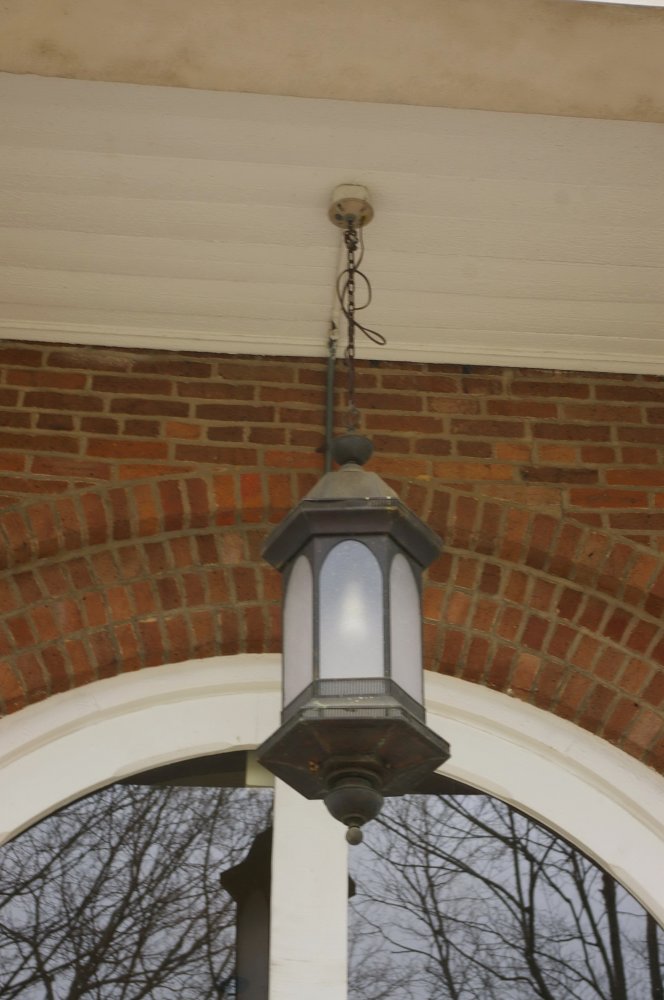 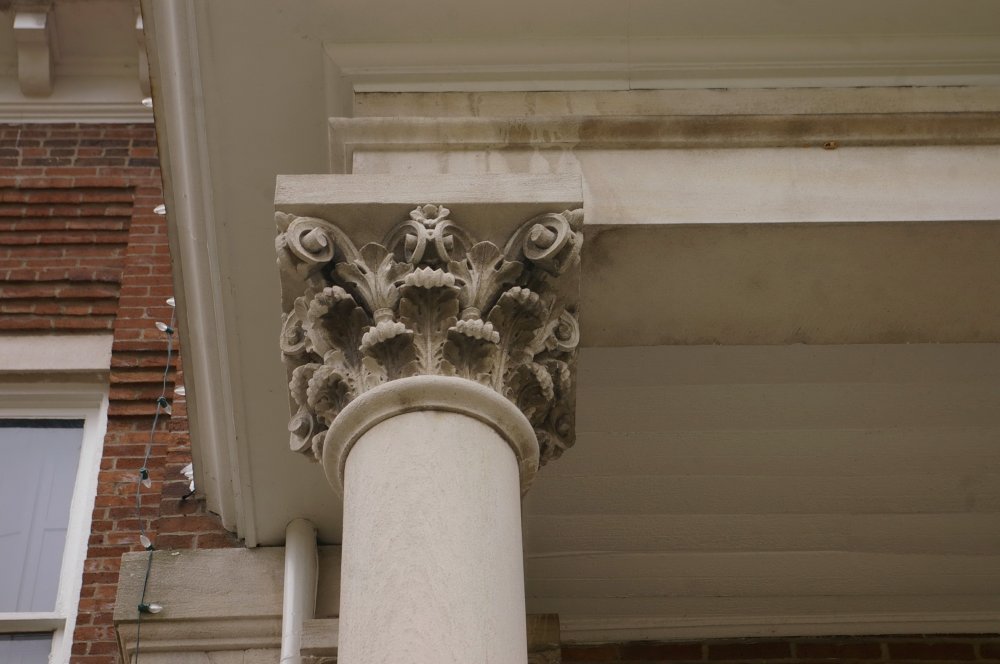 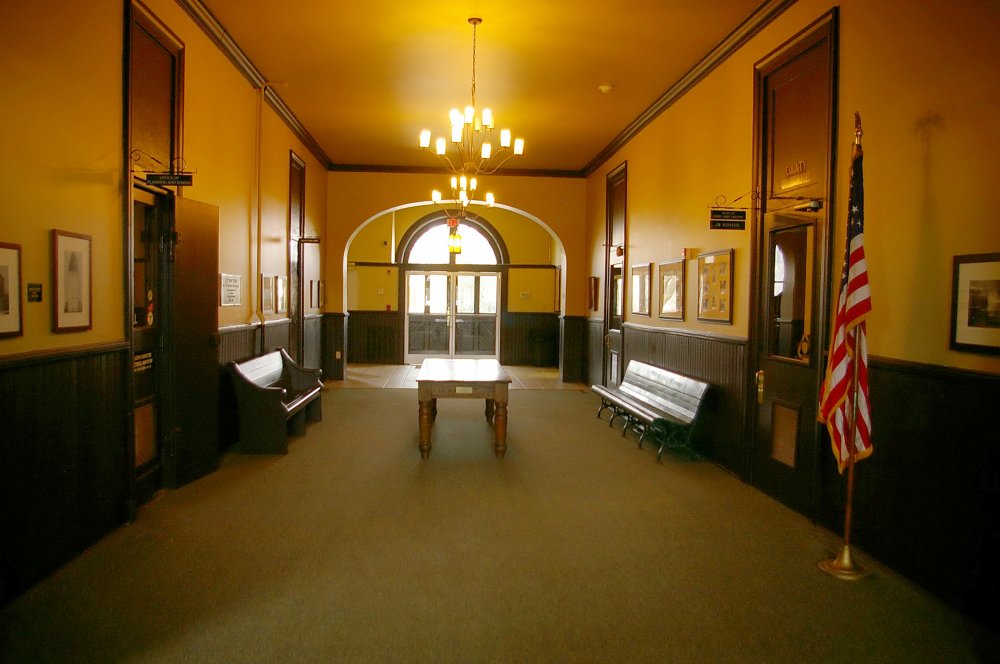