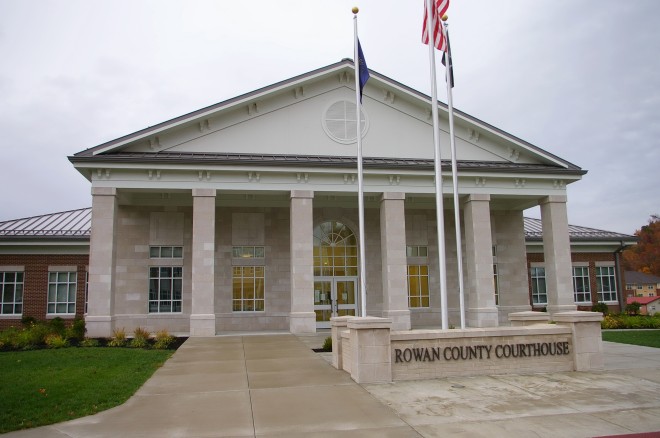 Rowan County is named for John Rowan, who was a Congressman from Kentucky.

Description:  The building faces southwest and is a one story red and white colored brick and concrete structure. The building is located on landscaped grounds and faces the Judicial Center. The southwest front has a wide porch with six pillars supporting a wide pediment. Behind is a dark red colored brick section. The roof is sloped. 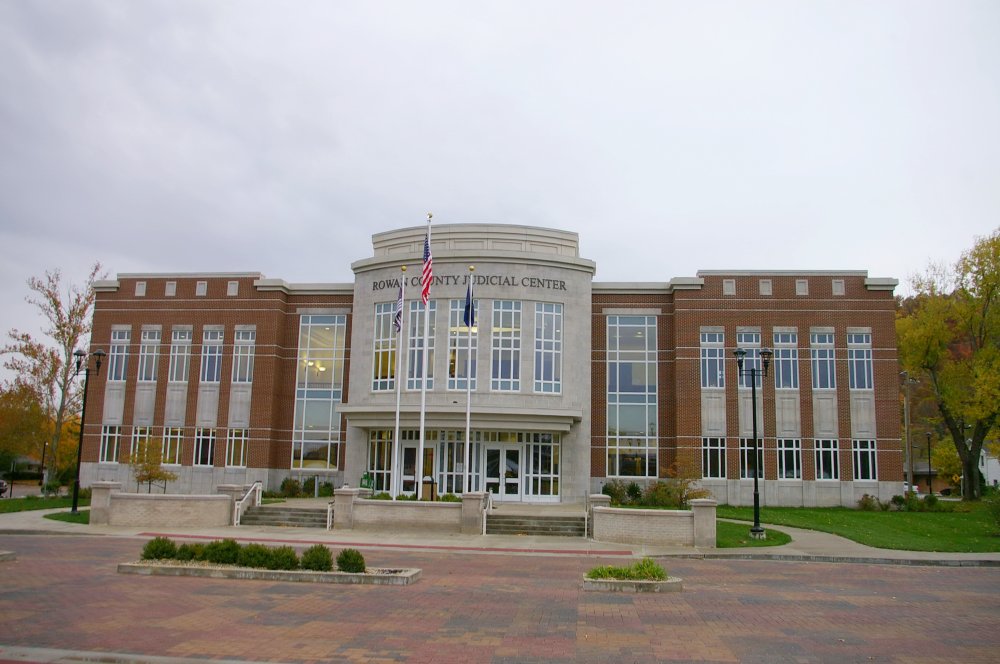 Description:  The building faces northeast and is a two story dark red and white brick and concrete structure. The building is located on landscaped grounds and faces the County Courthouse. The northwest front has a curved center section with glass entrance on the first story and vertical windows on the second story. The east and west red colored brick sections project from the main building. The roof line is flat. 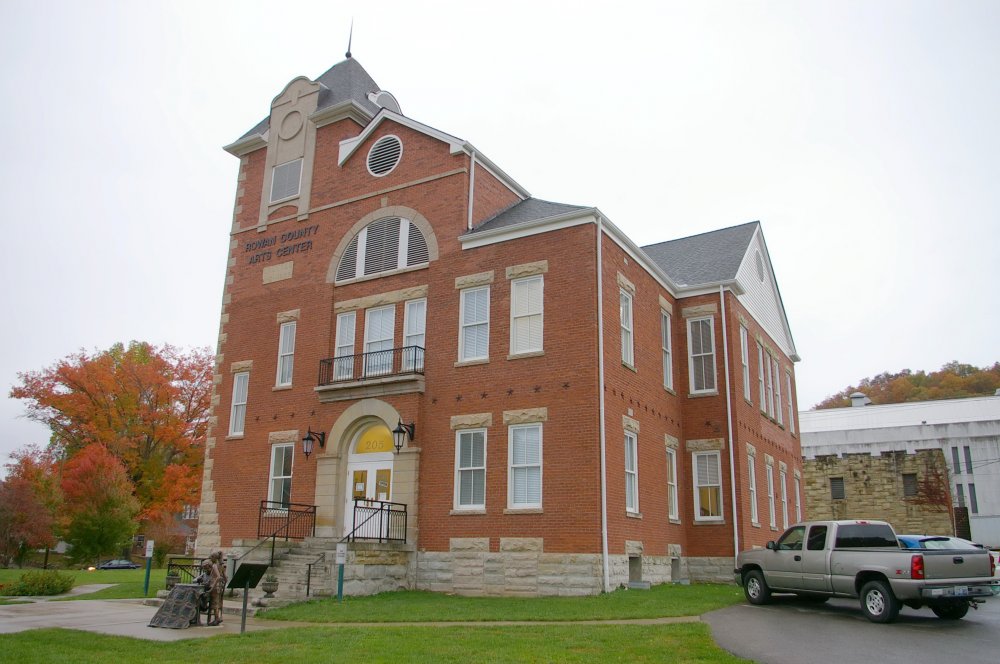 Description:  The building faces southeast and is a three story red colored brick structure. The southeast front has an arched entrance on the first story with three windows and a large fanlight window above. On the west corner is a tower with steep roof. The building served as the courthouse until 1981. The building was renovated from 1977 to 1987. The building now houses the Rowan County Arts Center.

Note:  The first court met at the residence of Dixon Clark and the first courthouse was built in 1857. The building was burned on March 21, 1864 during the Civil War. 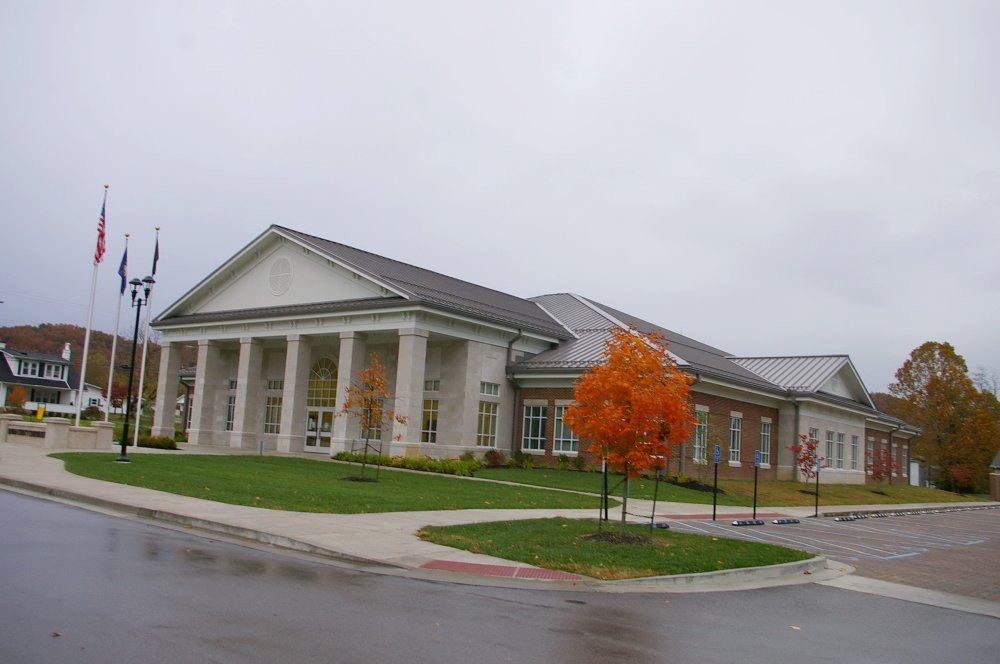 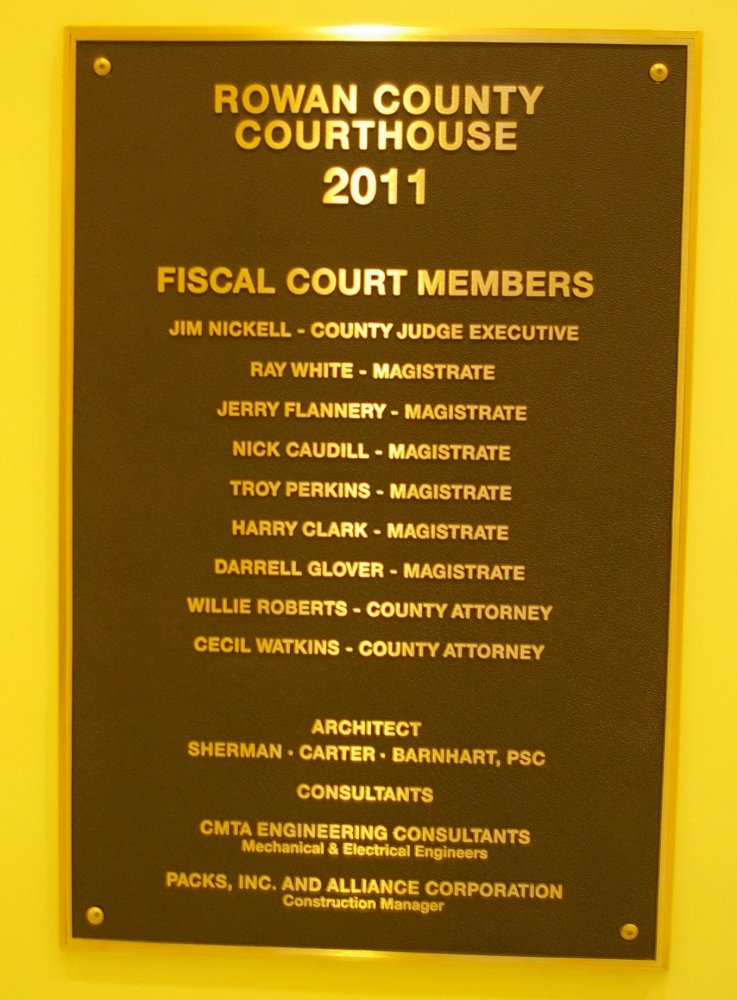 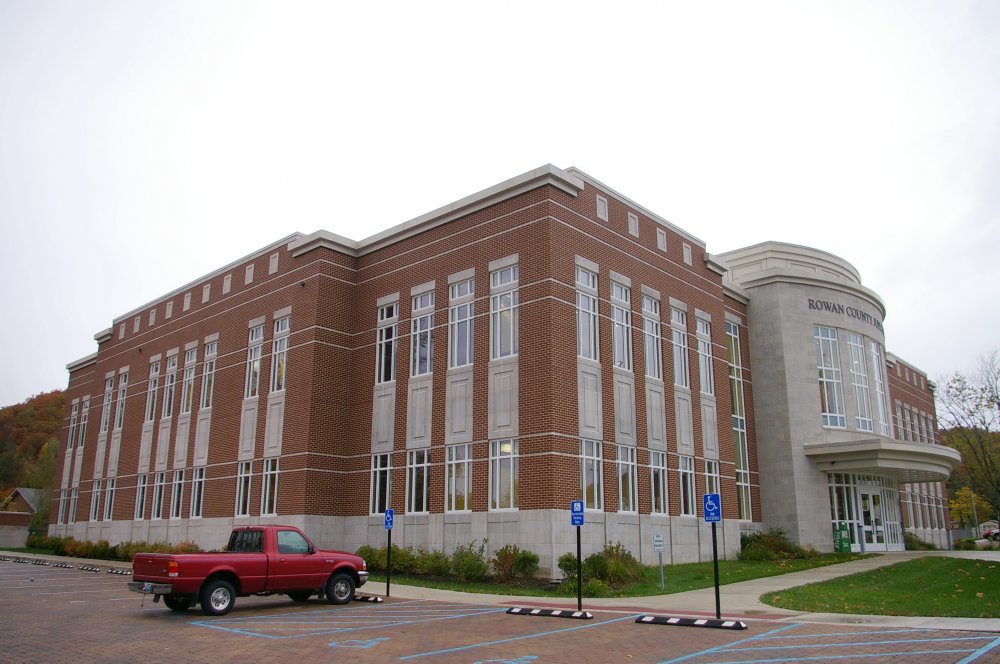 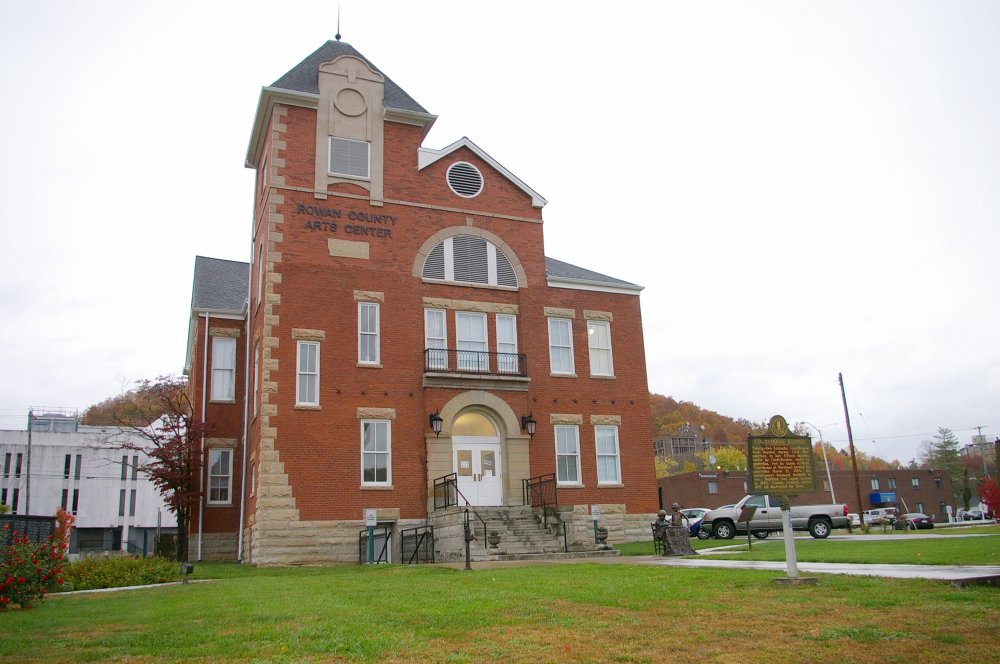 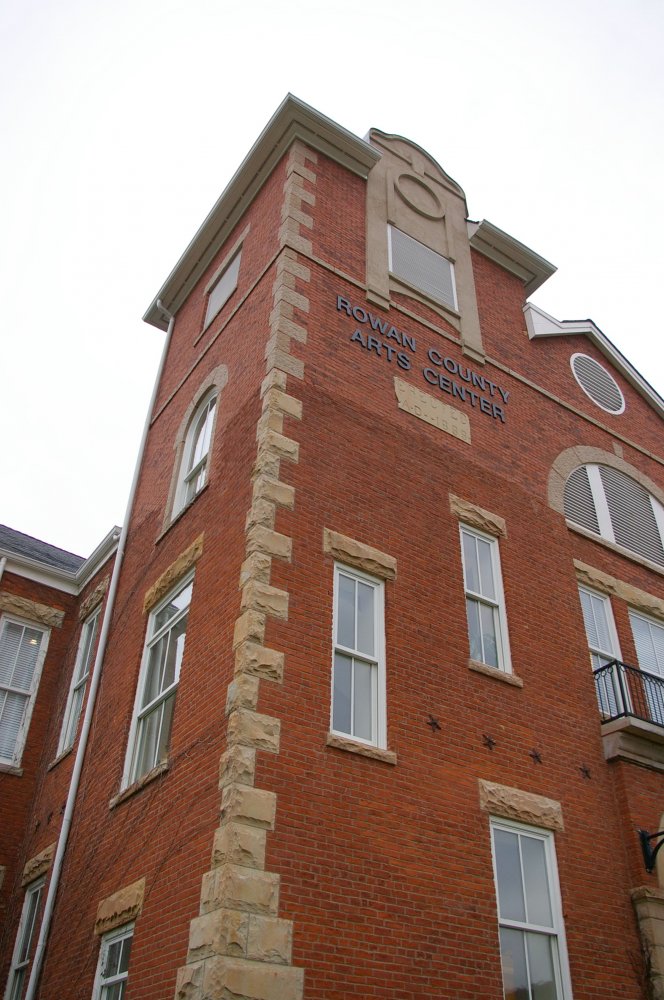 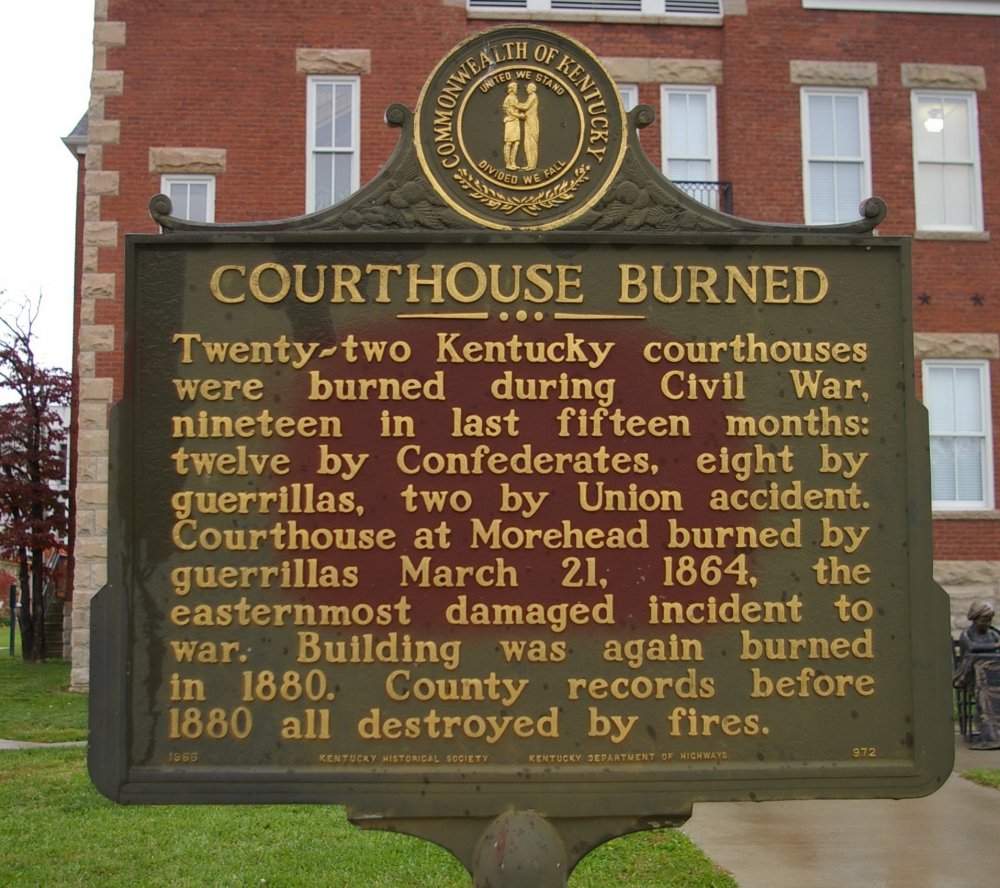 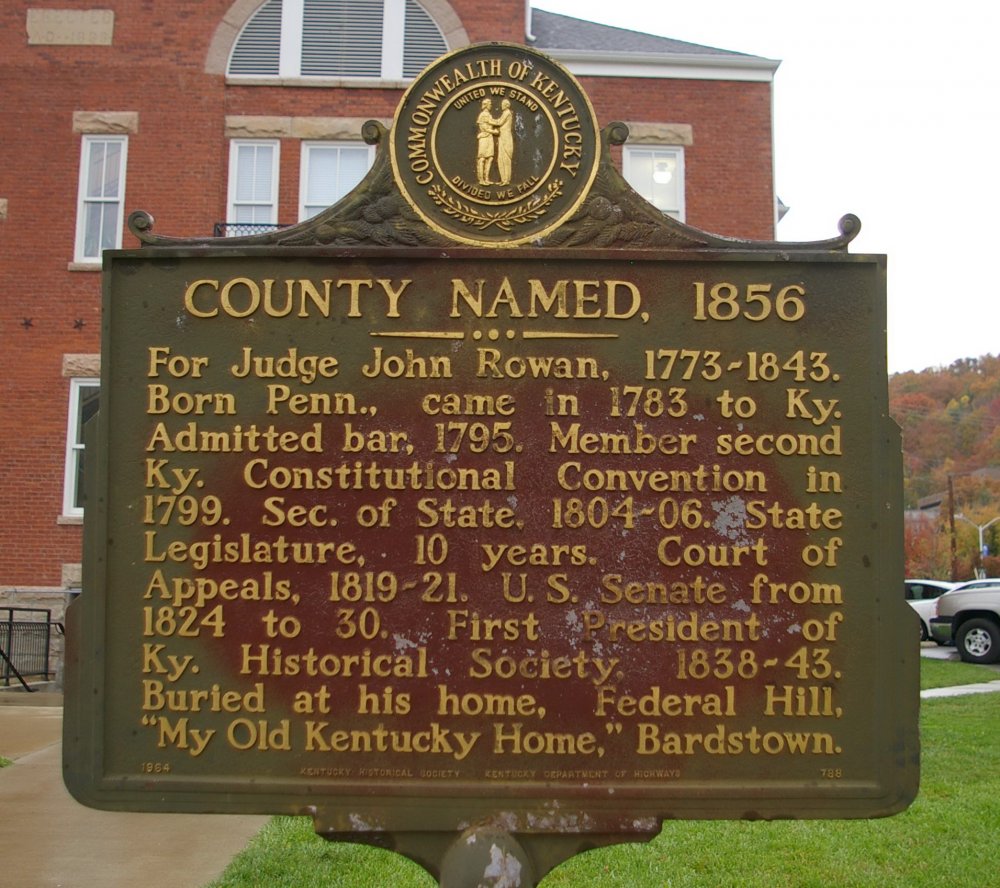