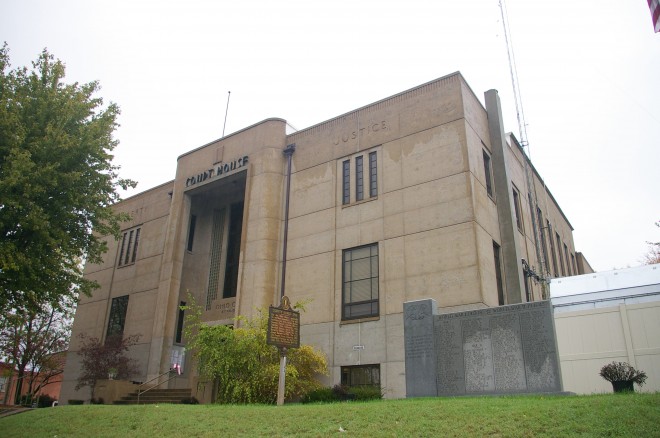 Ohio County is named for the Ohio River which used to form the northern boundary of the county until the creation of Daviess County and Hancock County.

Description:  The building faces southwest and is a two story gray colored stone and poured concrete structure. The building is located on landscaped grounds of Courthouse Square and sits on a slight rise. The southwest front has a large rectangular stone arch with the entrance recessed and a large window above the entrance doors. On large window on either side, flank the central arch and three small vertical windows, flank the central arch on the second story. The building was constructed as a Works Project Administration project. 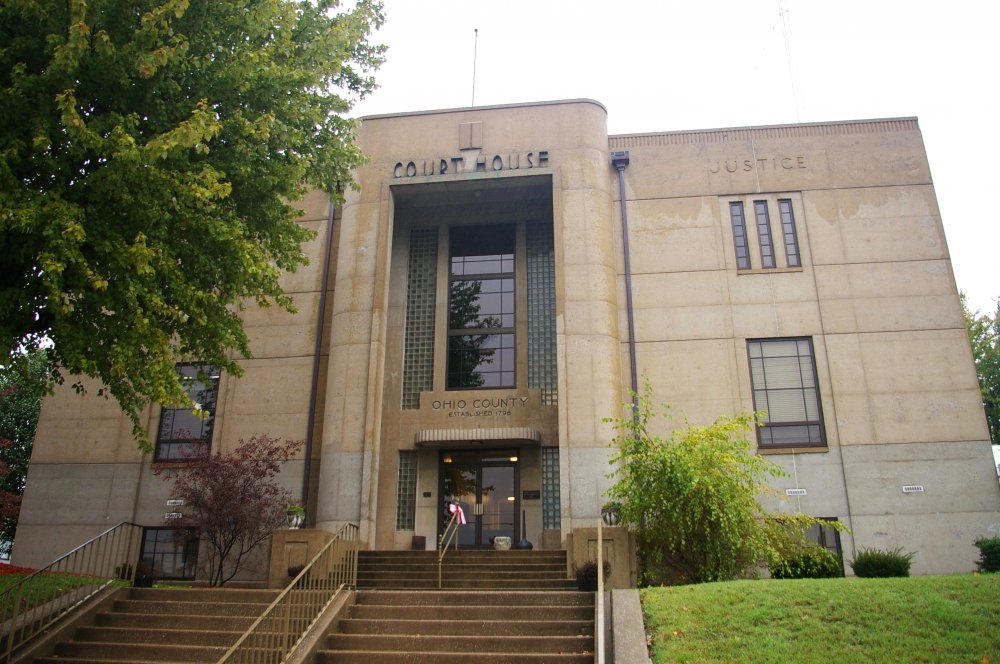 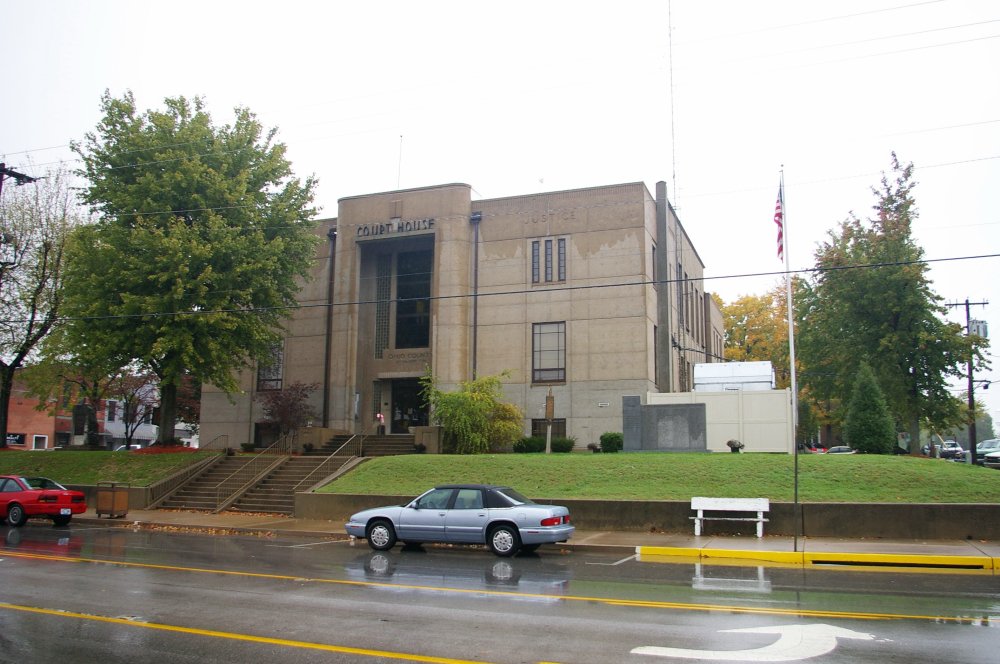 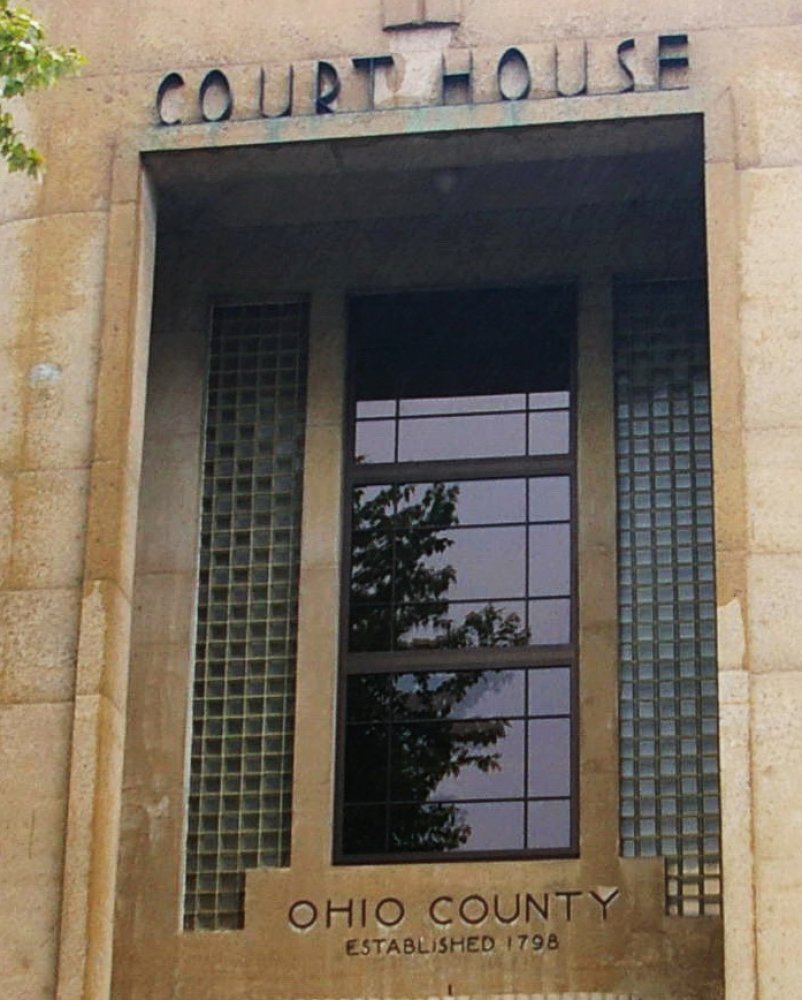 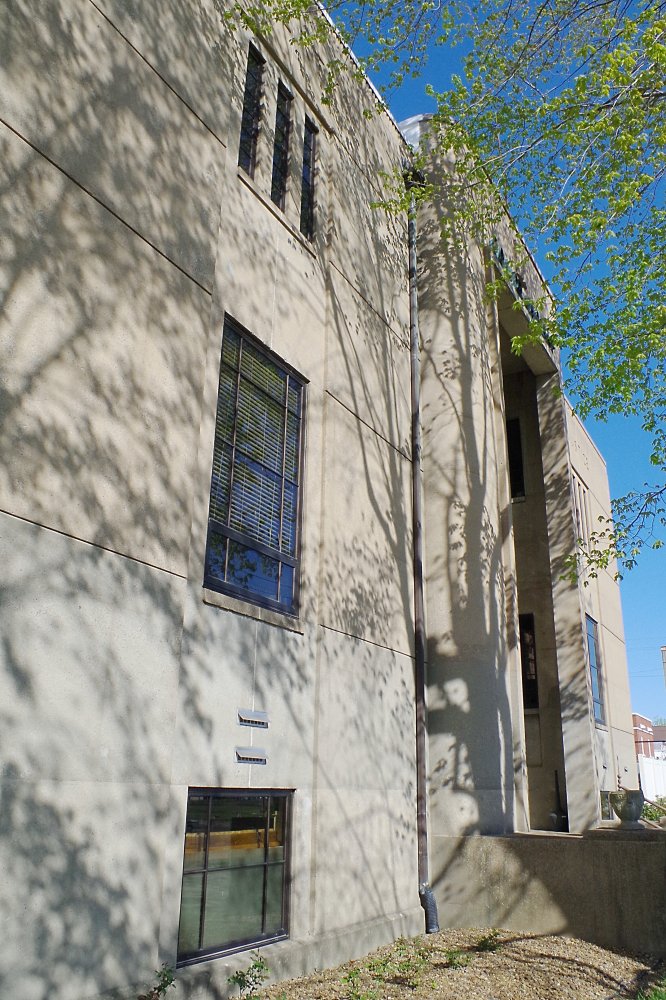 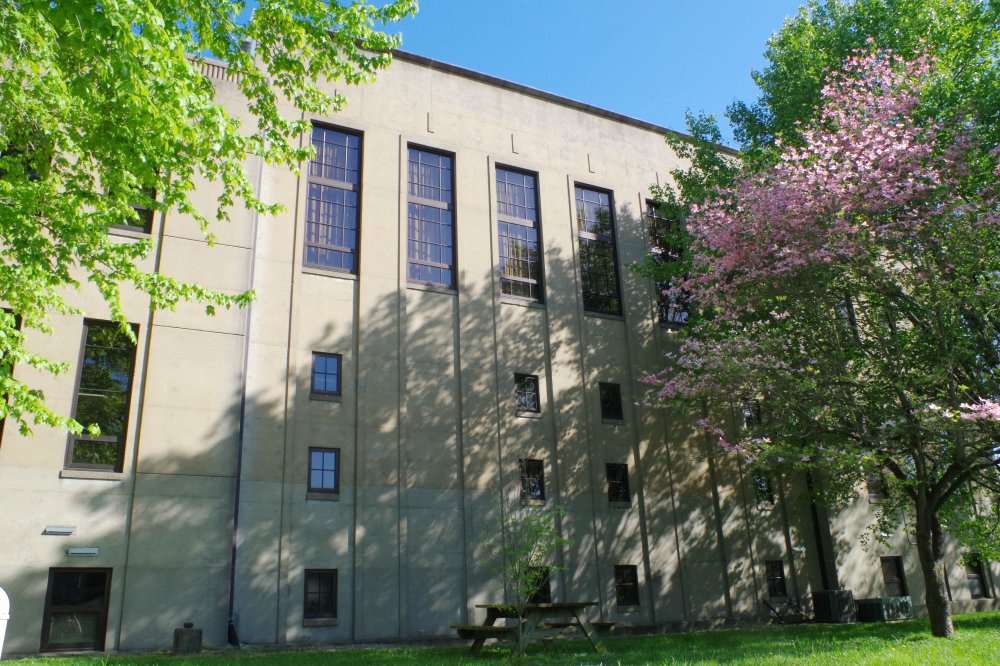 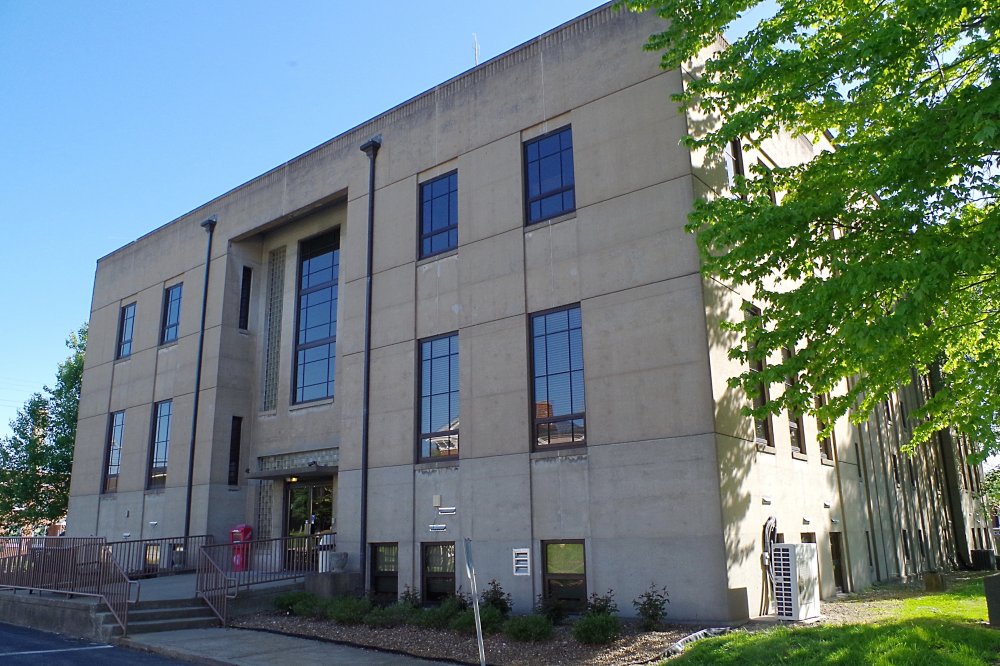 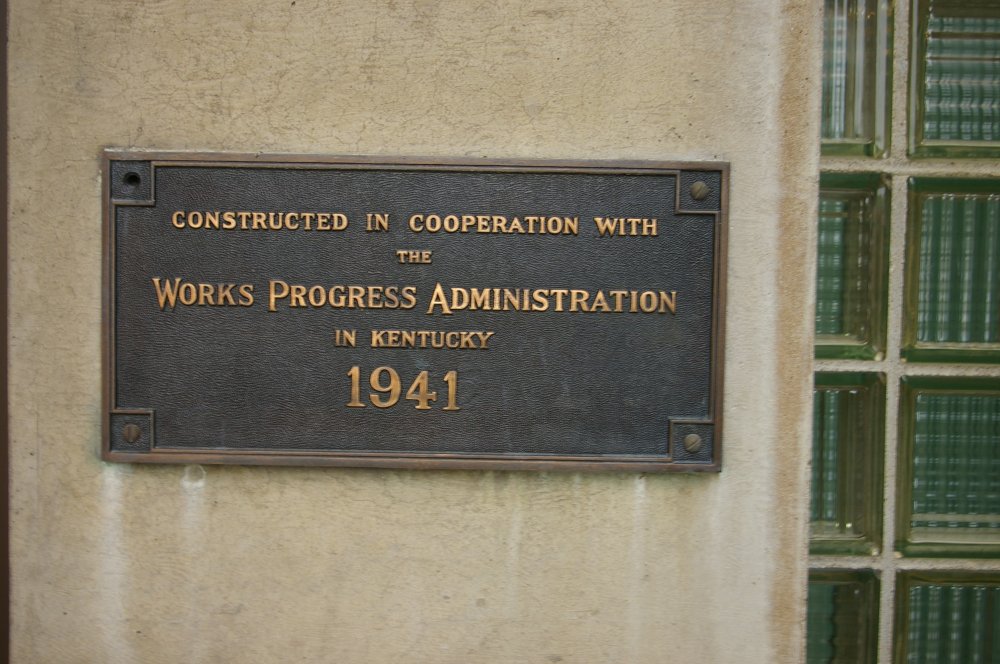 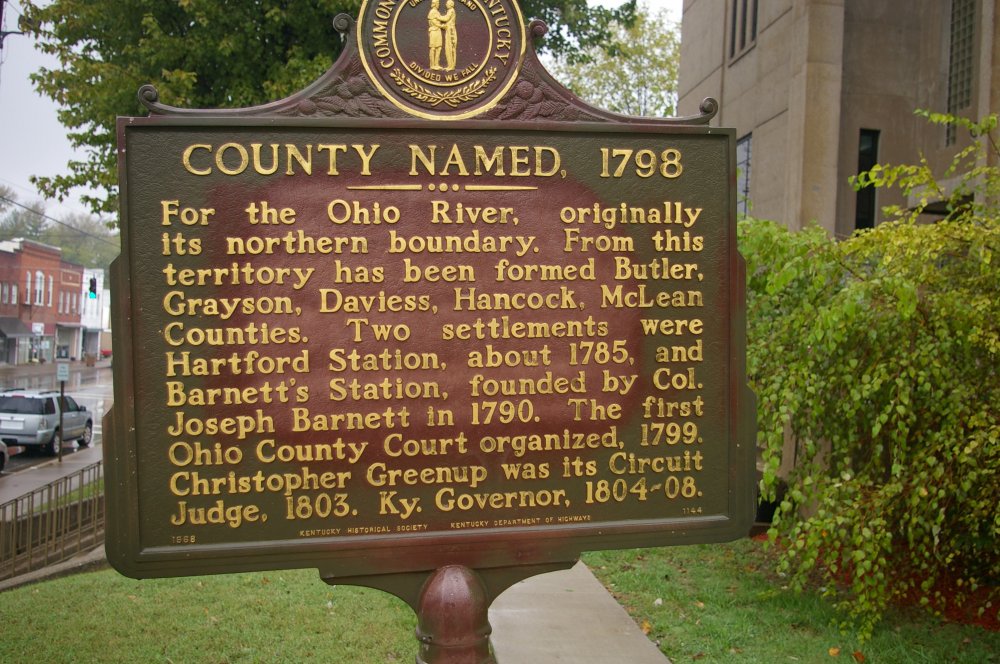 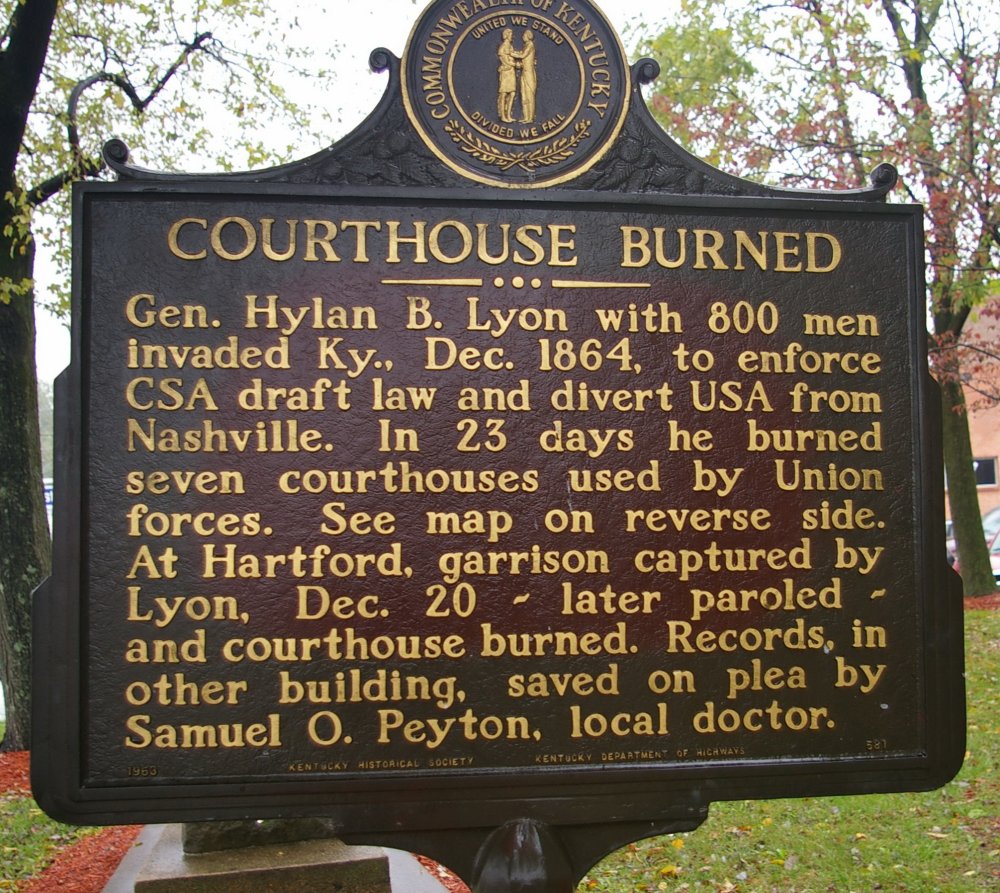 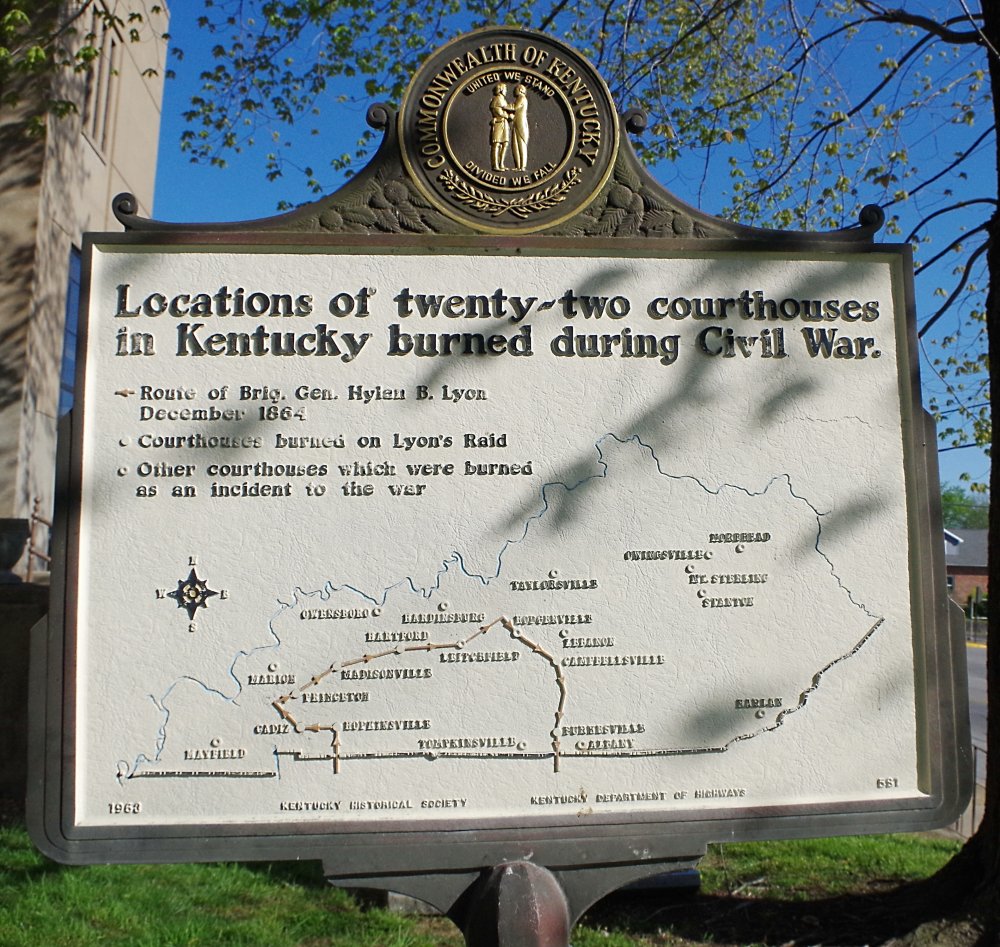 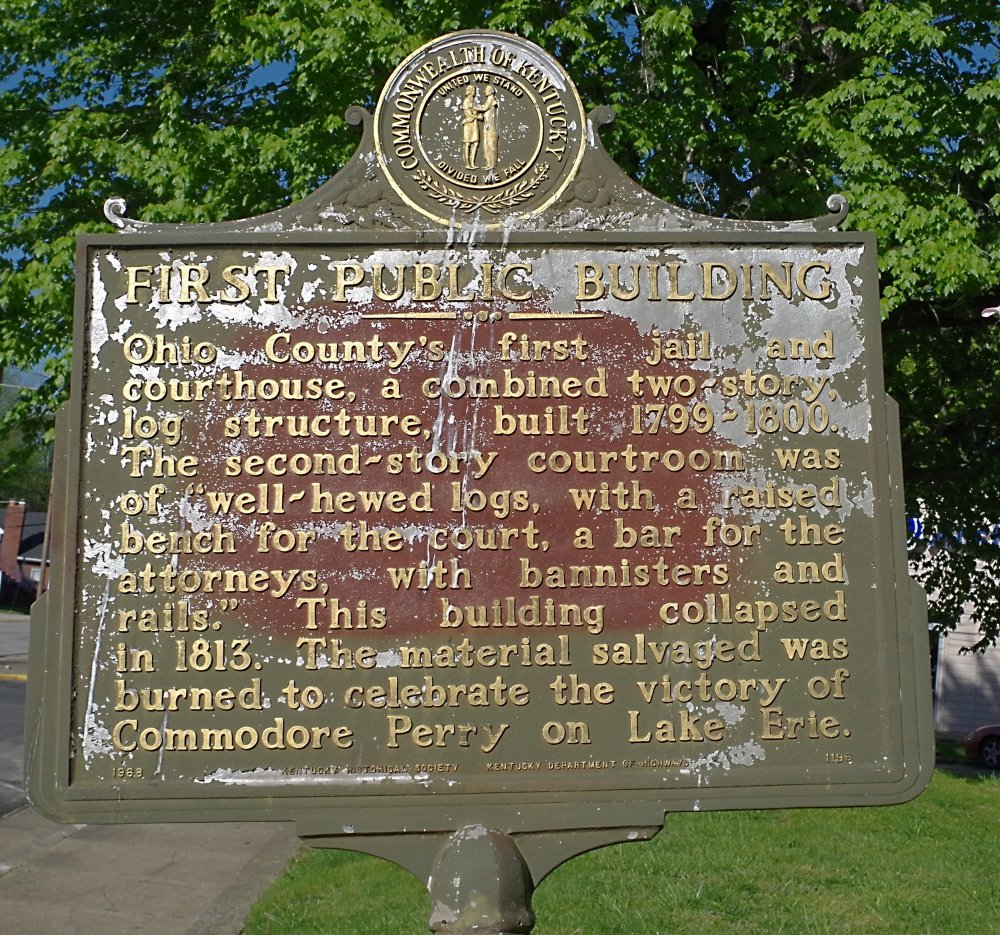