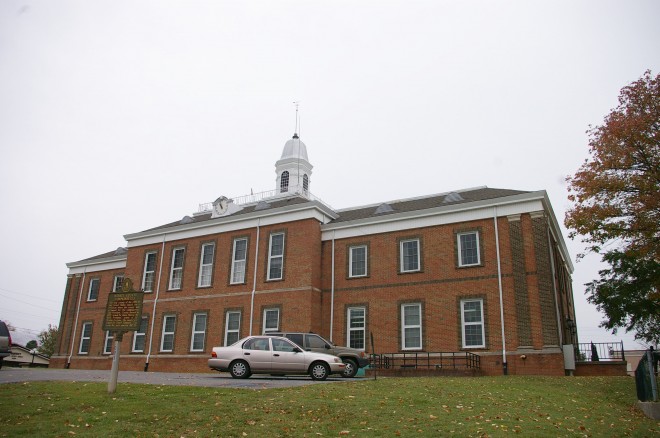 Description:  The building faces northwest and is a two story red colored brick and concrete structure. The northwest entrance has a large arch which is trimmed with stone, rises to the second story and has a recessed glass entrance. A wide white colored cornice is along the roof line. In the building center is a high white colored wood cupola with white colored dome.

Note:  The first courthouse was constructed in 1822 and was burned by Confederate guerilas during the Civil War as payback for Federal troops burning the Celina, Tennessee courthouse. The second courthouse was lost to fire in 1877. The third courthouse lasted from 1887 to 1975 when the building was dismantled to make way for the fourth and current county courthouse. 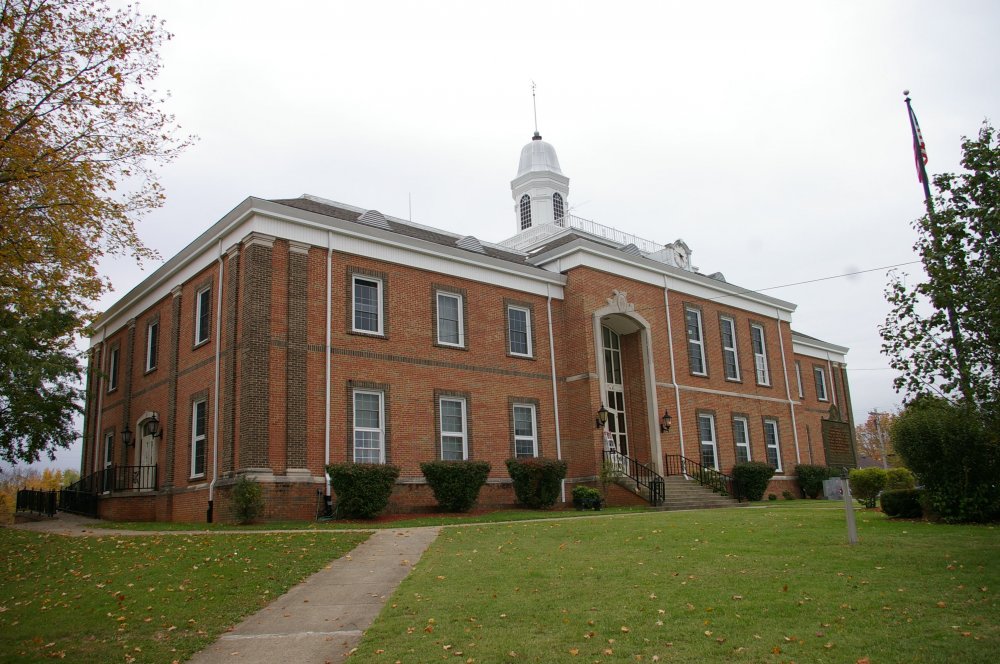 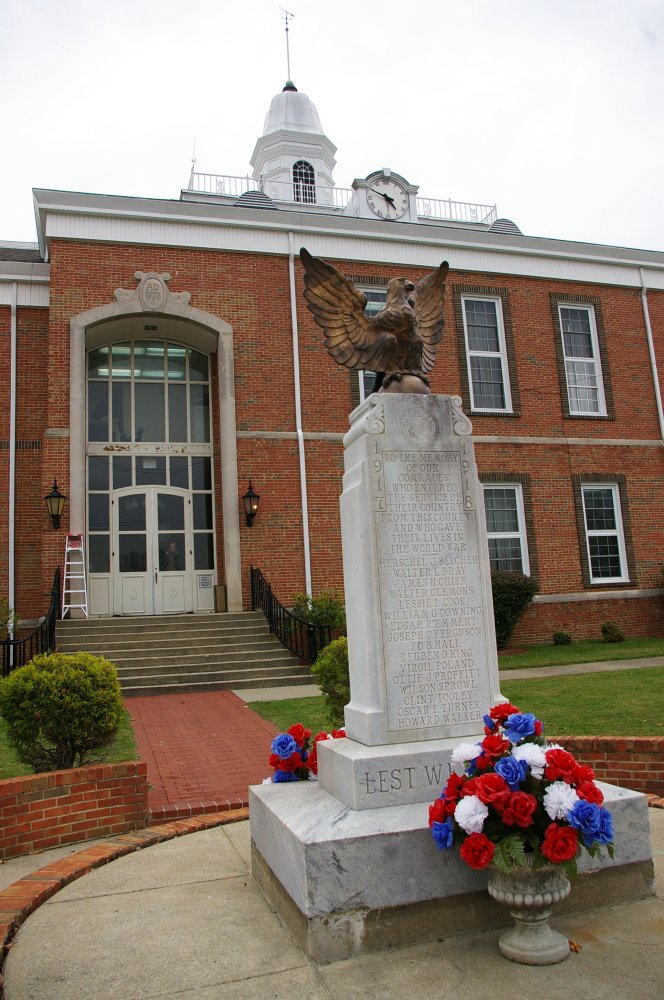 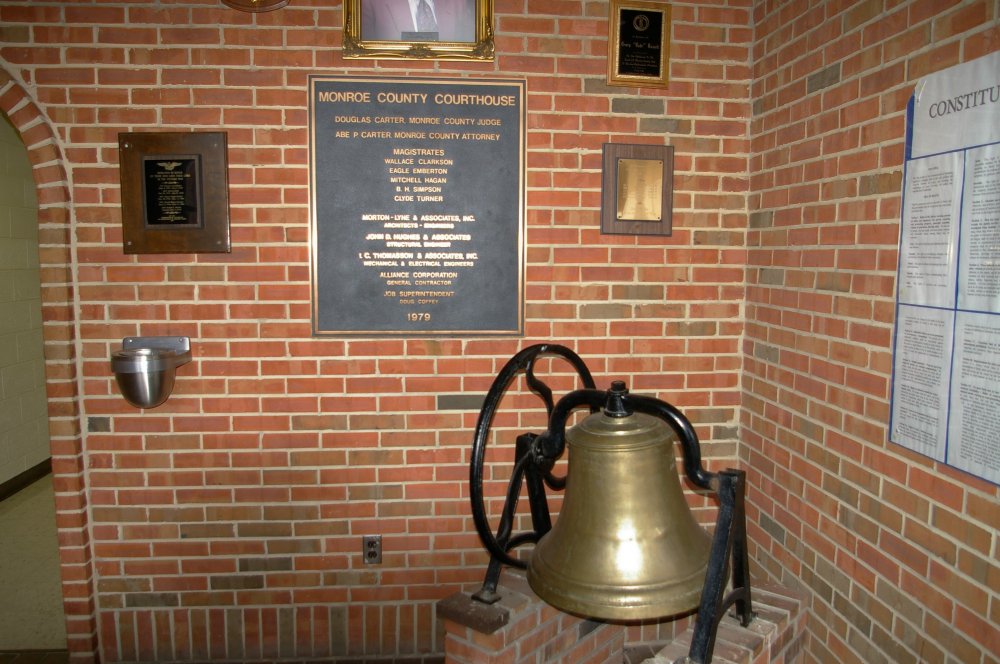 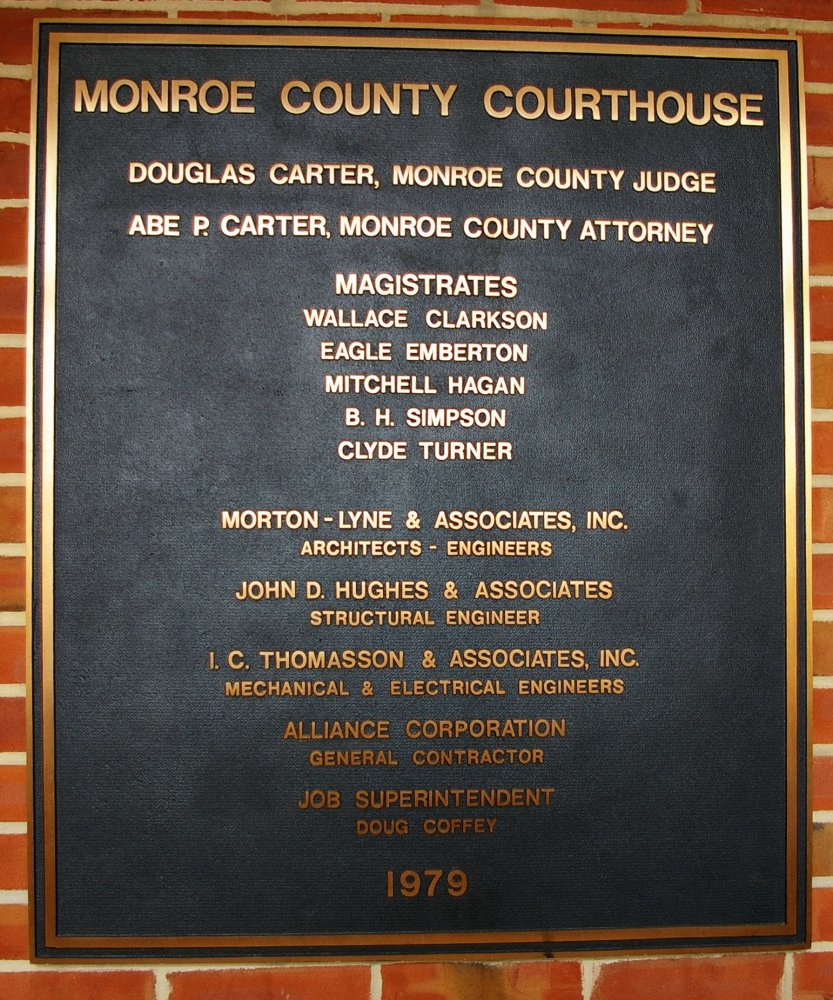 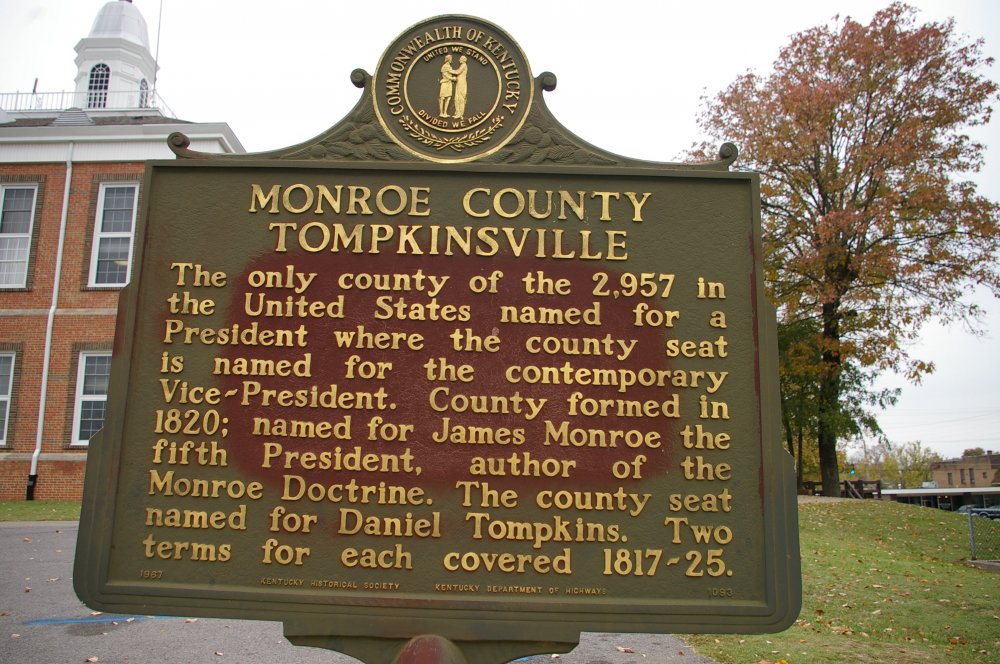