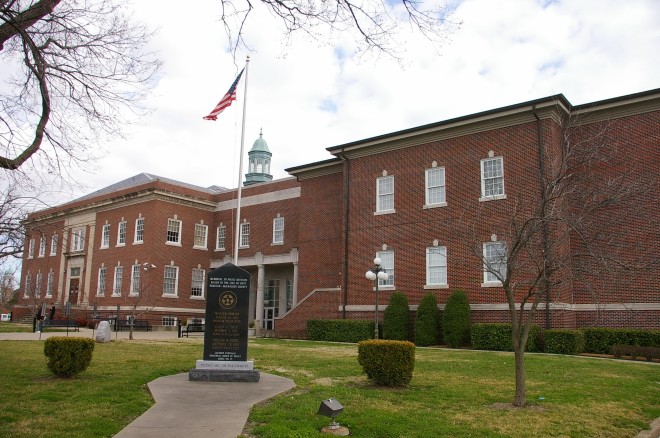 McCracken County is named for Virgil McCracken, who was a military captain killed at the Battle of River Raisin.

Description:  The building faces west and is a two story red colored brick and concrete structure. The building is located on spacious landscaped grounds in the center of Paducah. The west front has a large portico supported by four large columns rising to the pediment at the roof with clock in the center. The entrance is framed with light colored stone trim. The building extends north and south from the central section. On the center of the roof is an octagonal cupola with glass windows and a green colored dome. The building was a Works Projects Administration project. The roof line is flat.The building houses the County Circuit Court and County District Court of the 2nd Judicial District. An addition was constructed on the east side in 1996 to 1997. The architect was Peck Flannery Gream Warren Inc. and the contractor was B H Gereu & Son Inc. On Washington Street is a one story buff colored brick County Courthouse Annex. 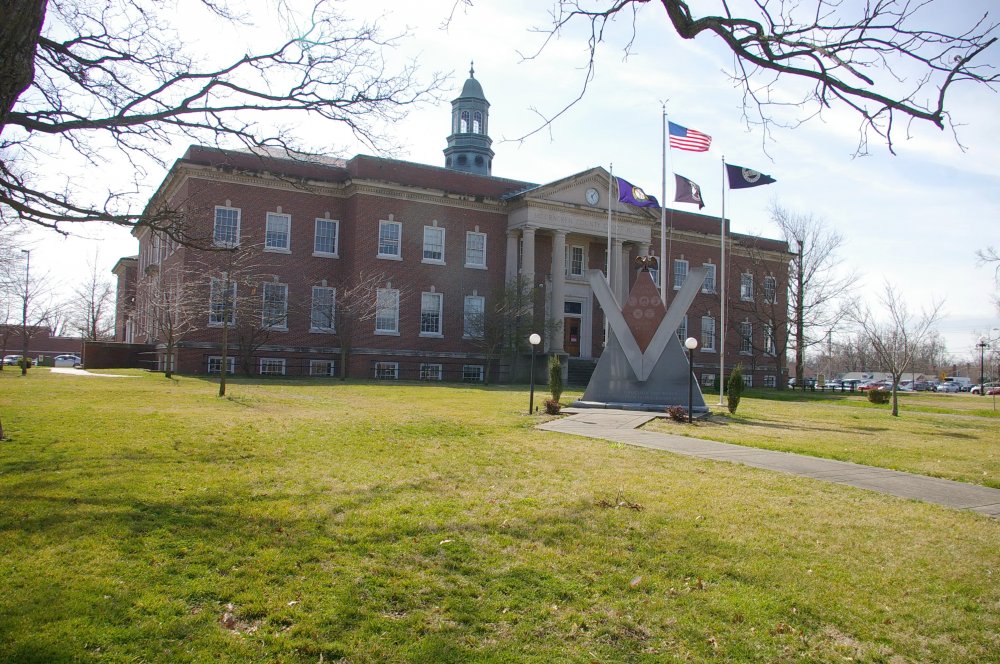 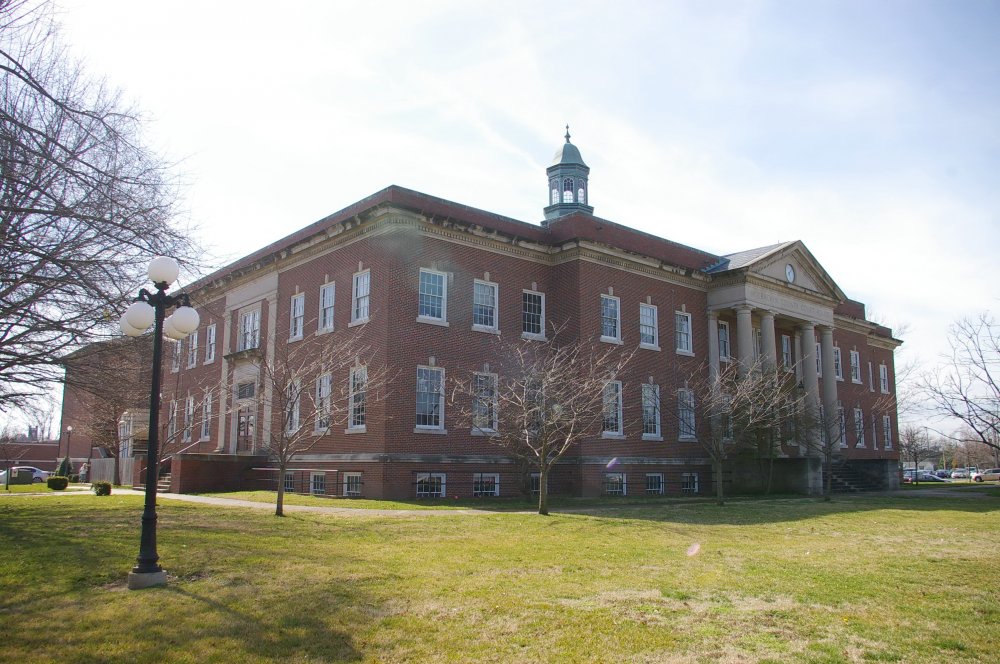 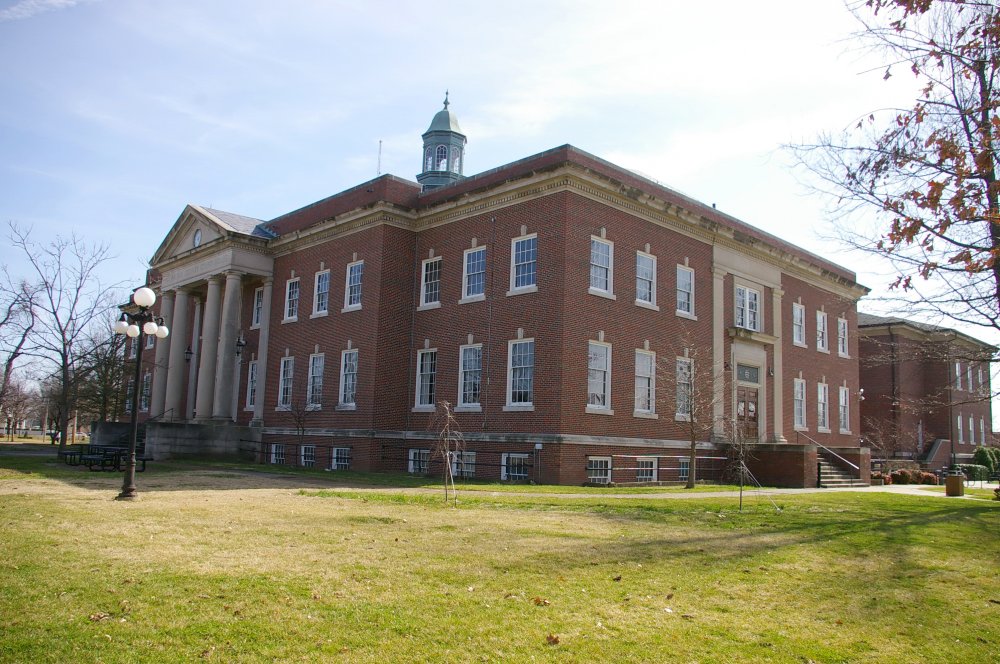 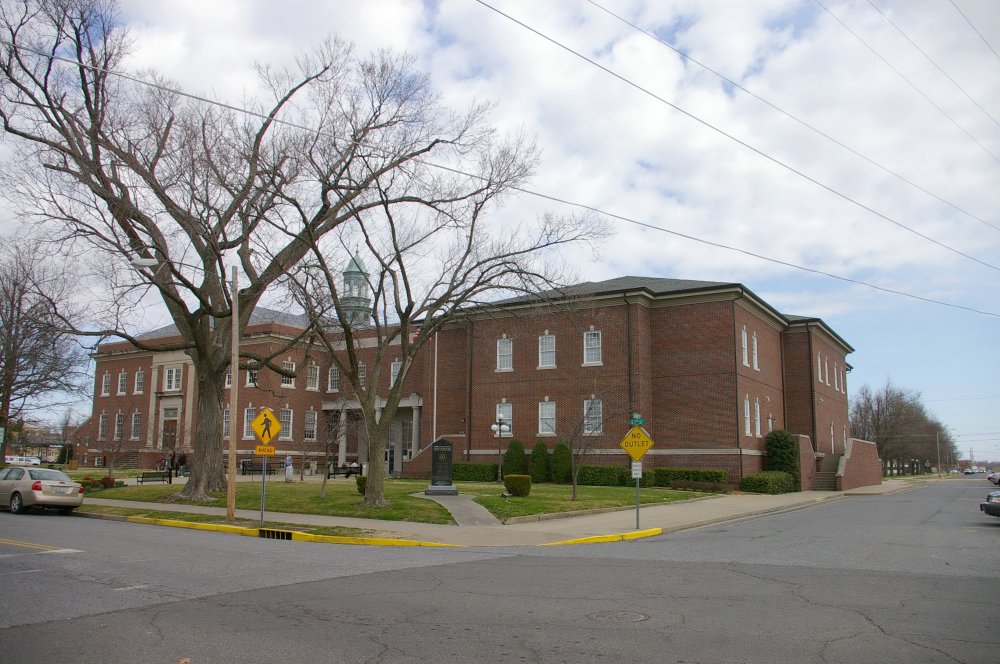 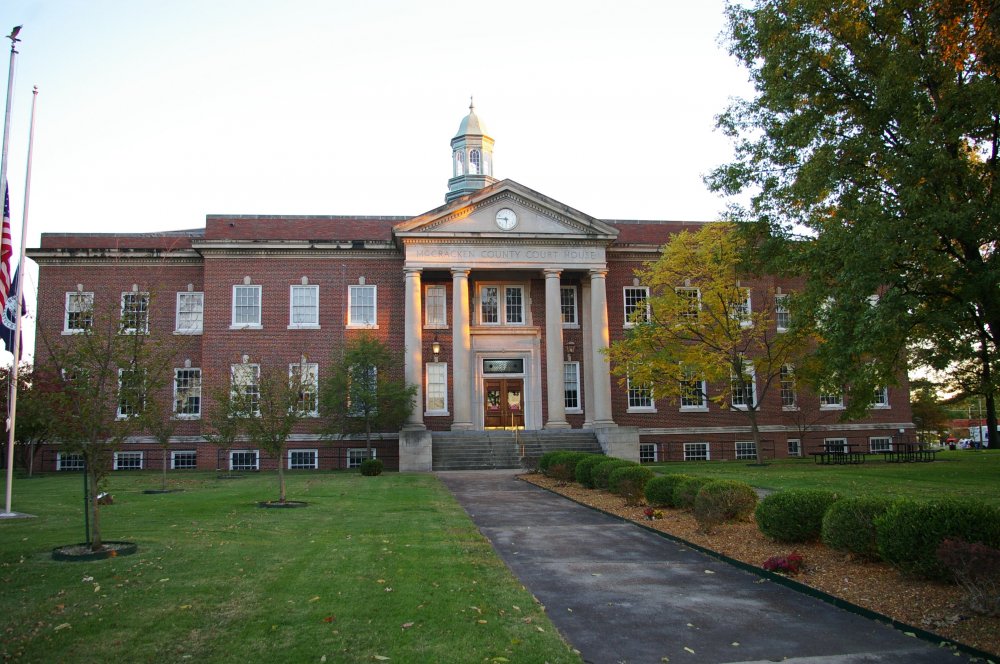 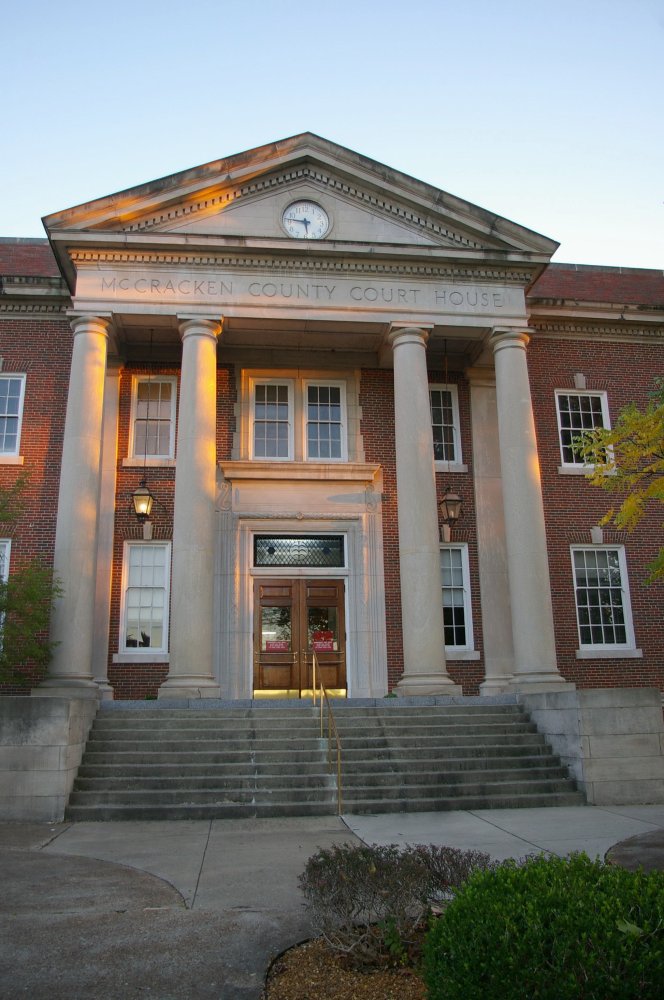 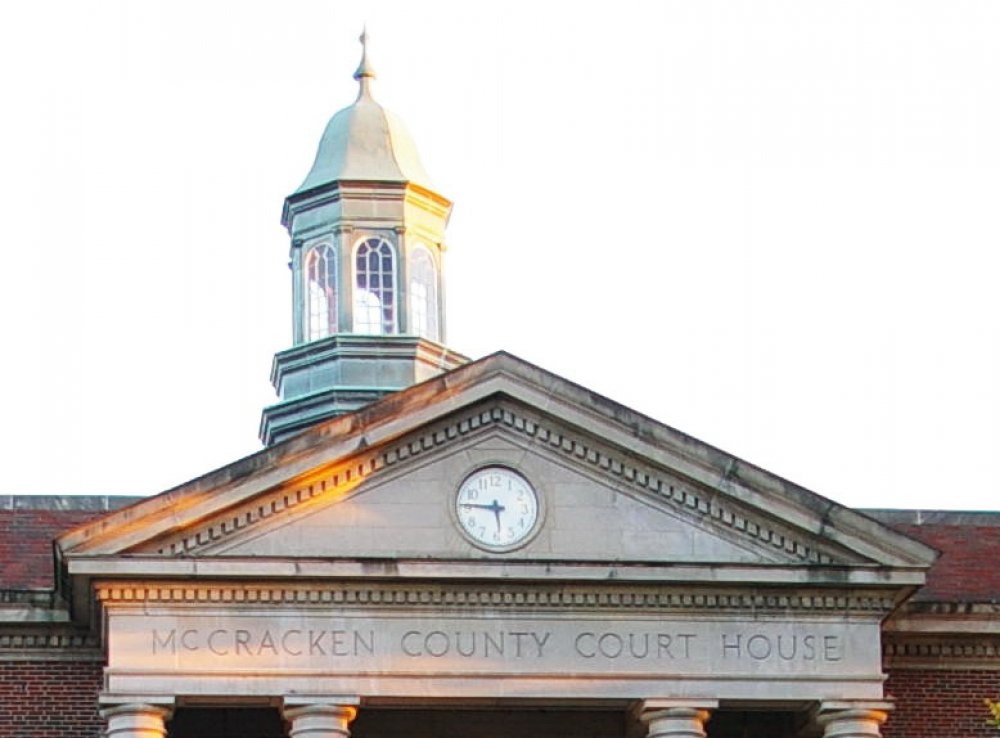 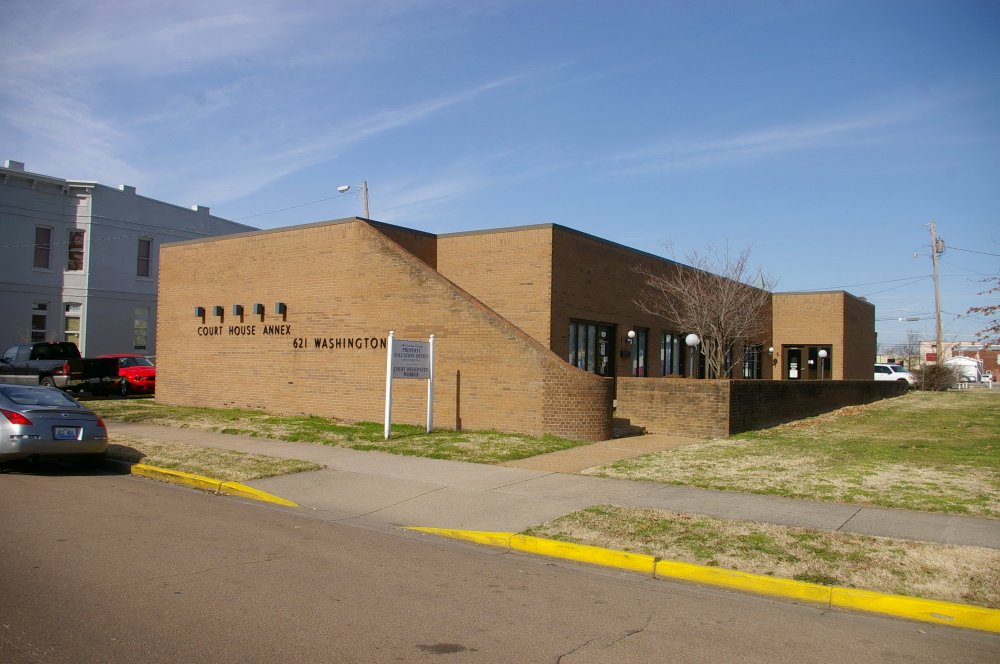 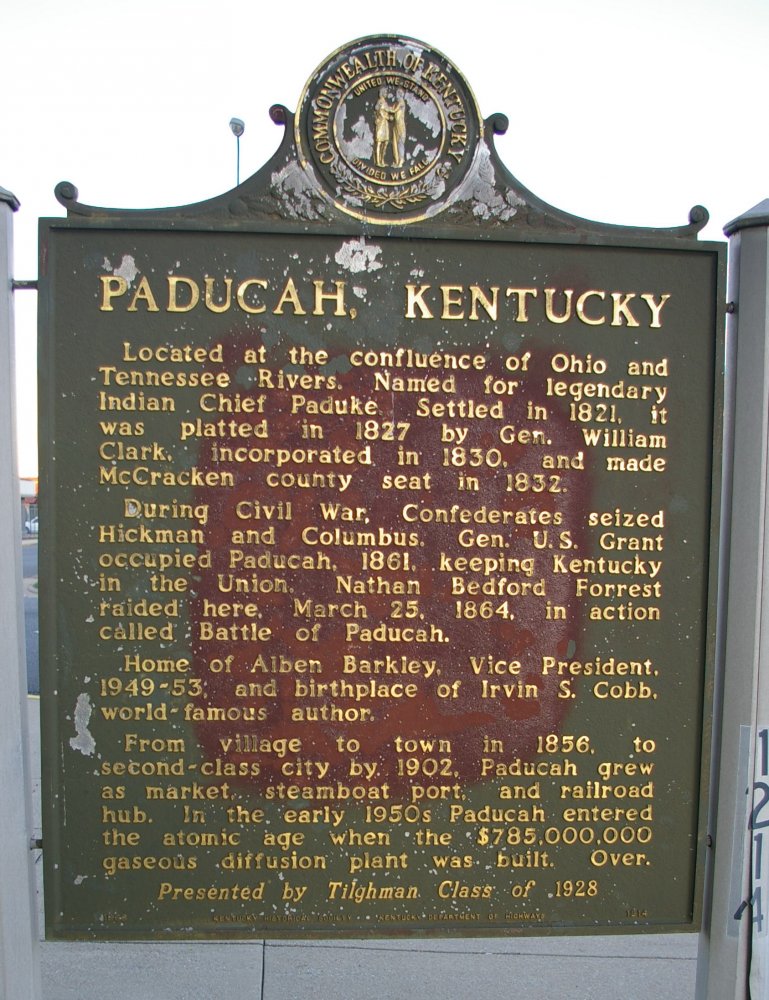