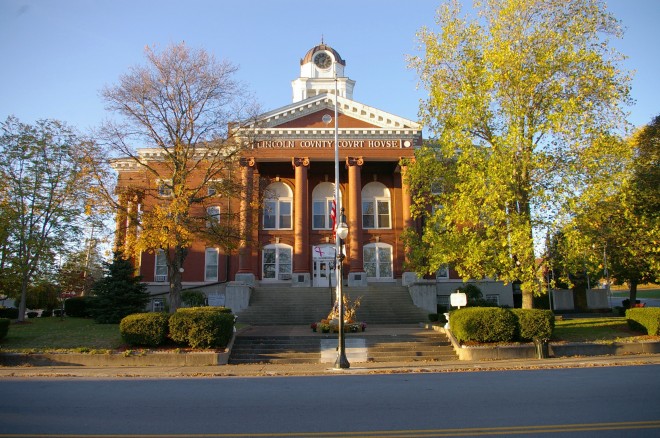 Lincoln County is named for Benjamin Lincoln, who was a general in the American Revolutionary War and lived from 1733 to 1810.

Description:  The building faces south and is a two story red colored brick and concrete structure. The building is located on landscaped grounds in the center of Stanford. The south front has a large portico with four large Ionic columns rising to the pediment at the roof. The foundations, including the projecting pedestals of the stairs, are of finely laid stone. The courtrooms are marked on the outside by the large rounds-arched windows of the second story. A decorative white colored cornice runs along the roof line. On the center of the roof is a high square white colored cupola with clock in the top dome. The courtroom is located on the second story. The supervisor was J R Powell. In 1938 to 1940 an annex was added under the Works Project Administration. On the north side is the County Clerk’s Office. 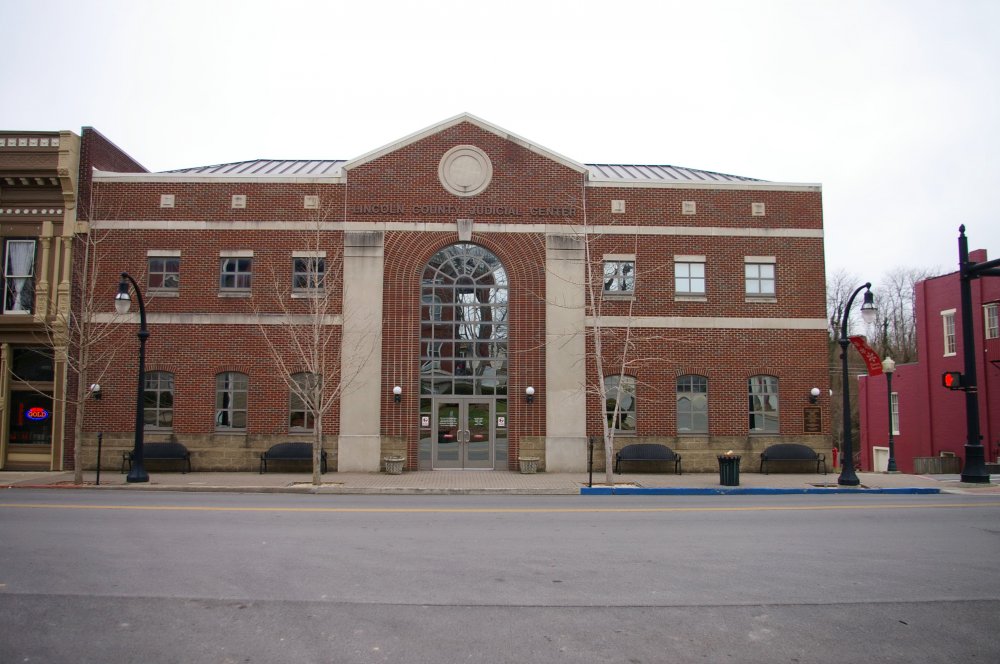 Description:  The building faces north and is a two story red colored brick, stone and concrete structure. The building is located in the center of Stanford to the south of the courthouse. The north front has a central entrance with large arched window rising to the top of the second story and with peaked roof at the top. On either side are vertical pilasters. Along the first story are four arches. A horizontal belt runs below and above the second story windows. The roof is hipped. 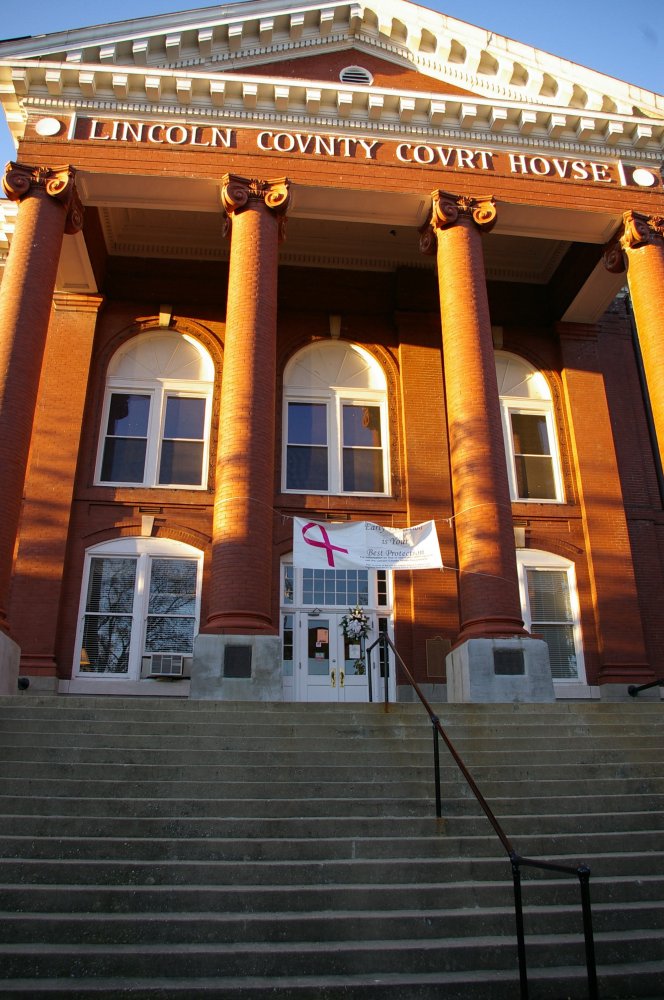 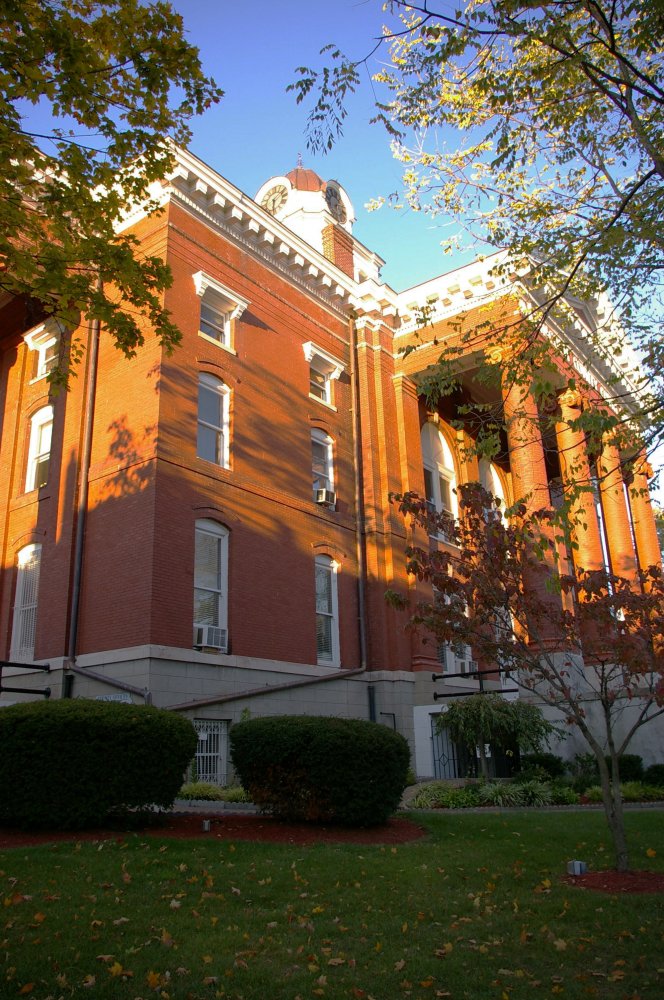 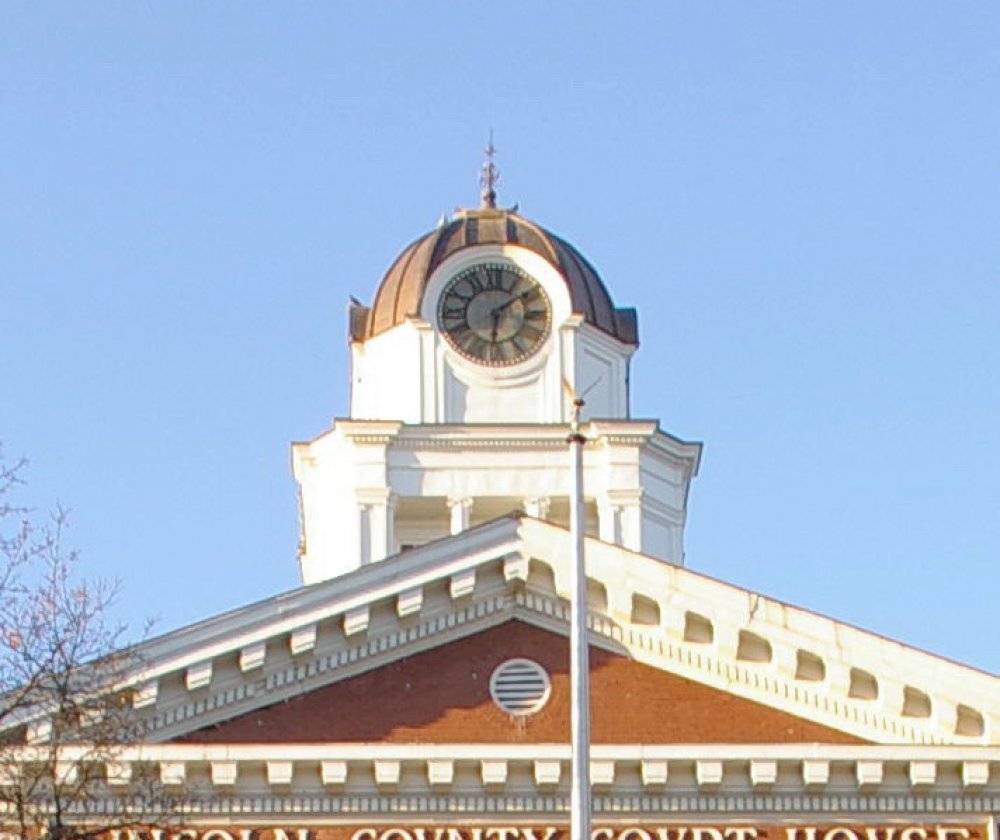 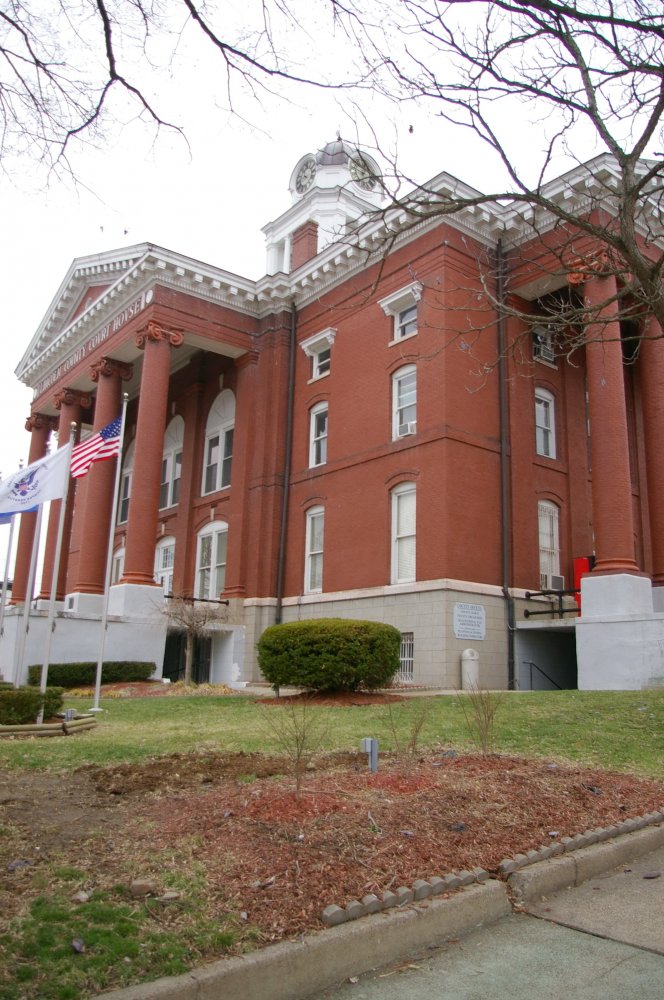 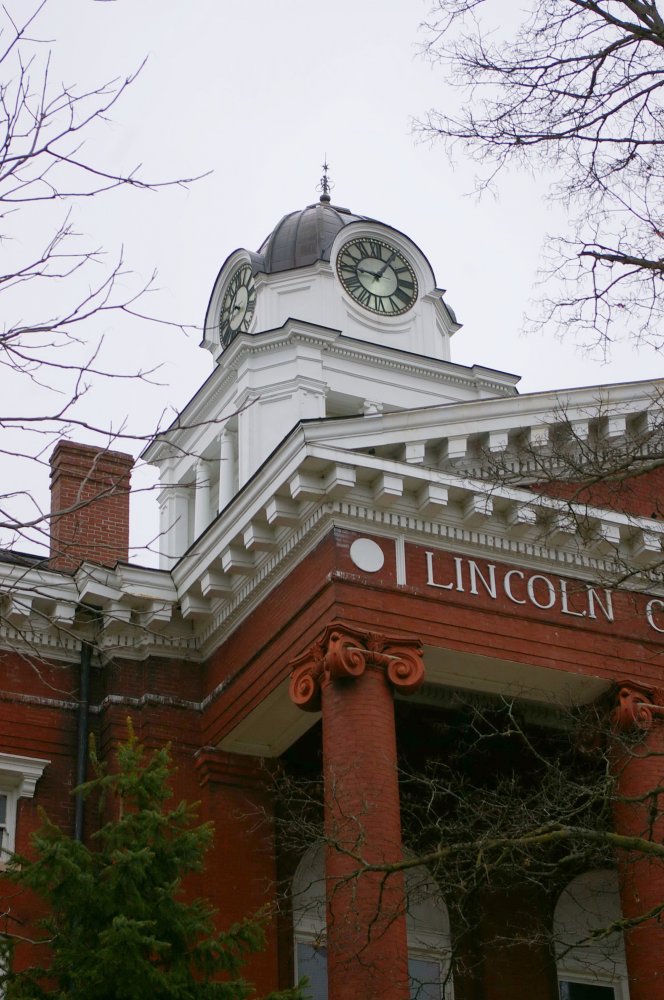 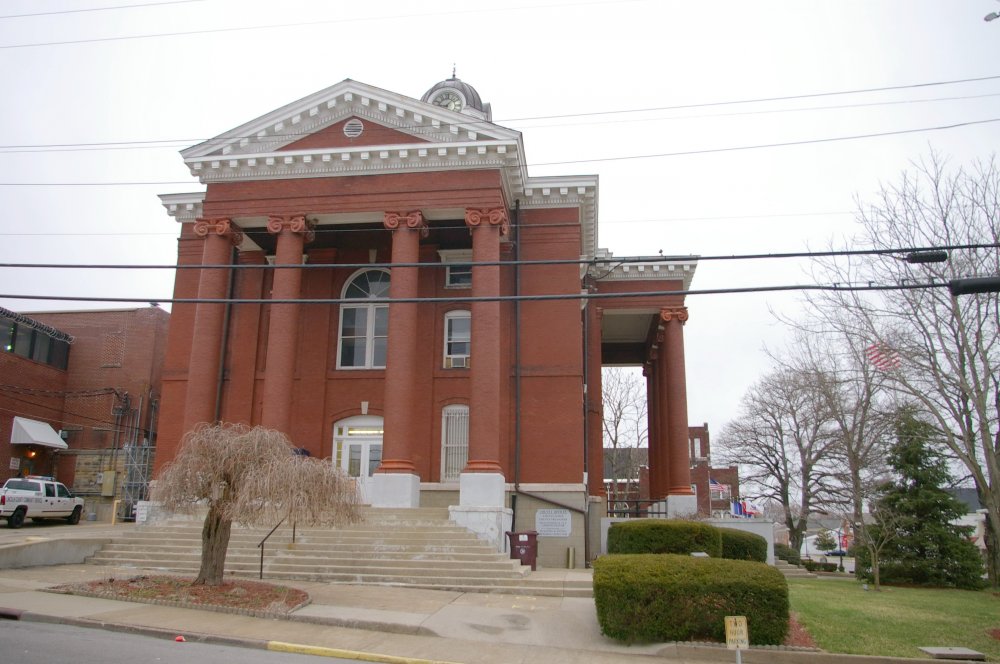 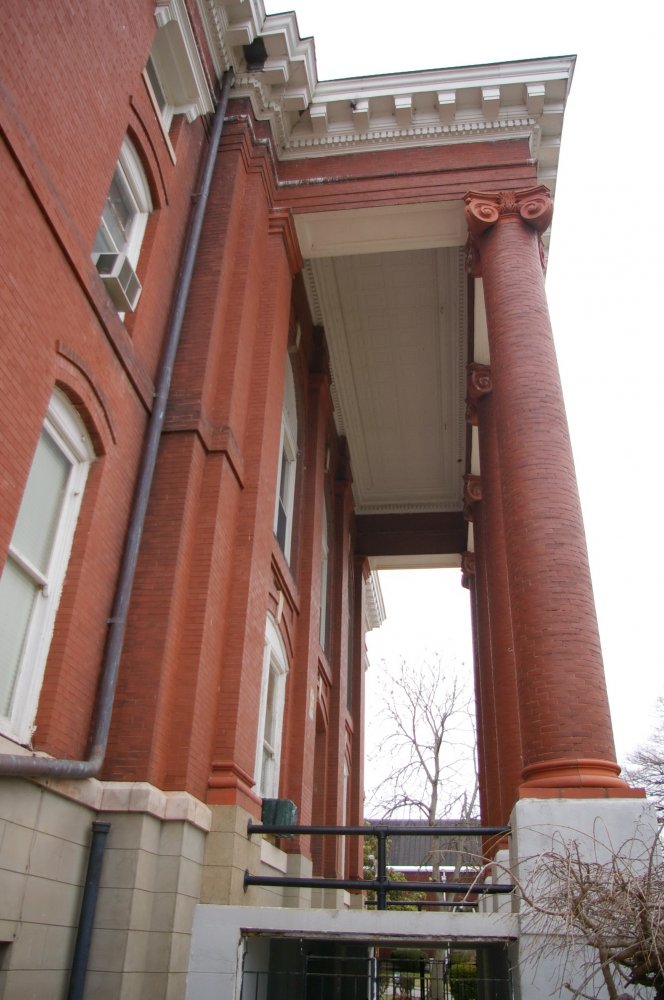 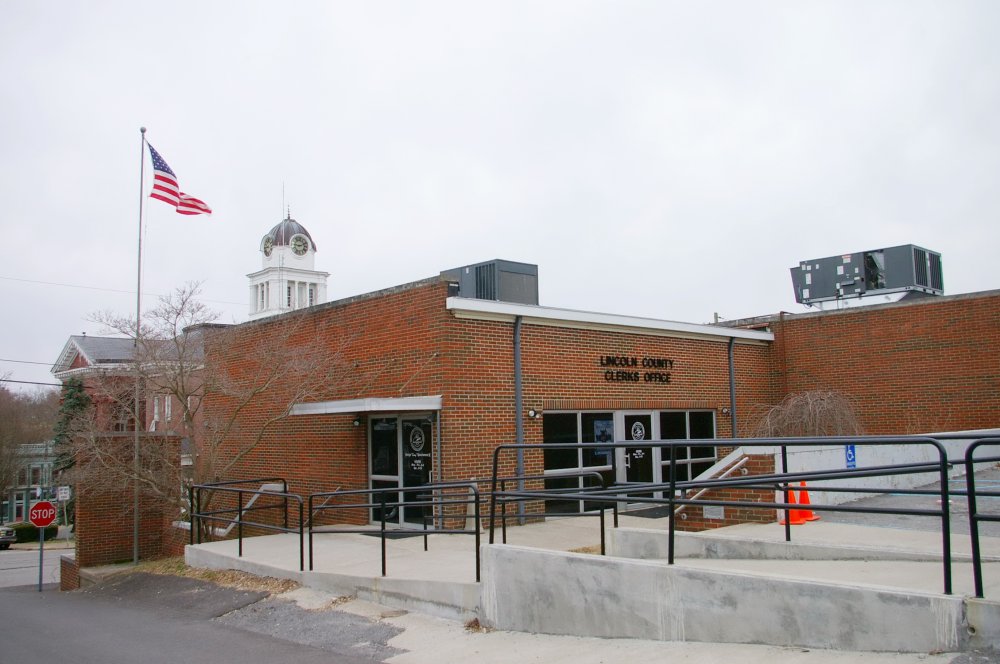