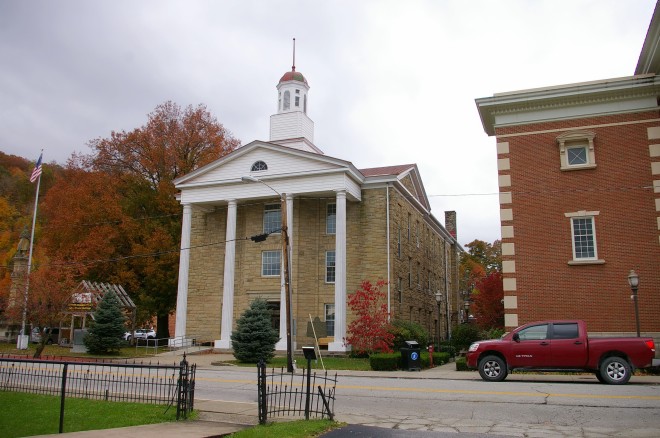 Lewis County is named for Meriwether Lewis, who was an explorer with the Lewis and Clark Expedition.

Description:  The building faces northeast and is a three story buff colored stone, steel and concrete structure. The building is located on landscaped grounds in the center of Vanceburg. The northeast front has a large portico supported by four high white colored columns rising to a pediment at the roof line. Behind the pediment is a square white colored stand with octagonal cupola with dome. The hipped roof forms a peak on the north and south sides towards the front of the building. The large courtroom is located on the third story. The building was constructed with a grant from the Public Works Administration.

Note:  During construction of the courthouse, Ray Haney was the Superintendent of Construction and Thurston Bloomfield, a stone layer, was the foreman. Approximately 175 laborers were employed by the Works Project Administration during the 18 months of construction. The stone was quarried locally. Other trades were:

N B Fisher and Son – plumbing 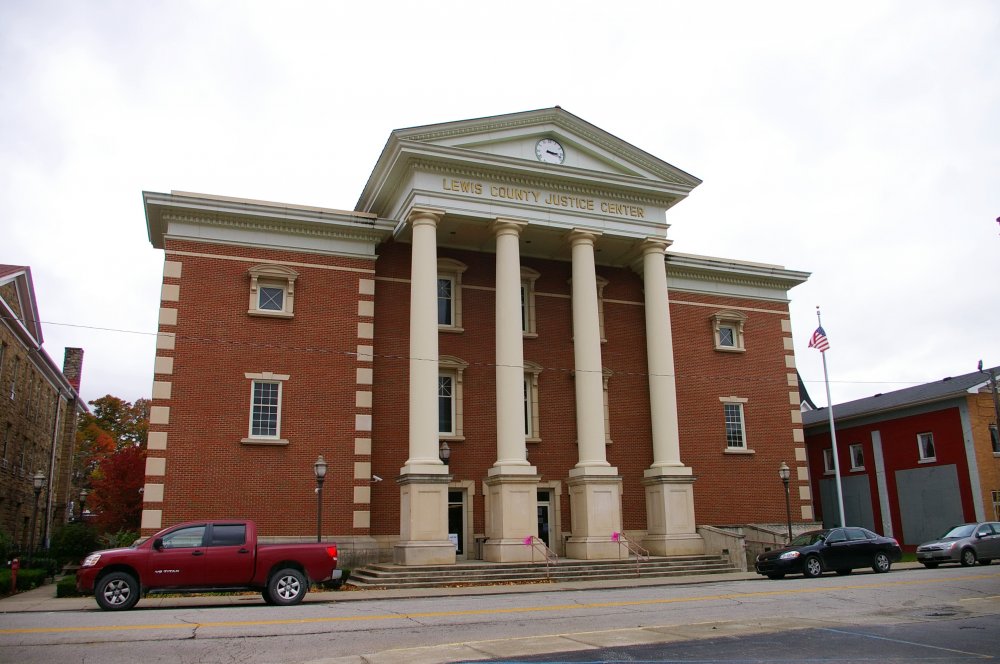 Description:  The building faces northeast and is a three story red colored brick and concrete structure. The building is located on lanscaped grounds in the center of Vanceberg on the north side of the courthouse.The northeast front has a large portico supported by four large columns rising to a pediment at the roof line. The center section is slightly recessed with the entrance on the first story. The corners of the building have stone trim. The eave projects along the flat roof line. The building houses the County Circuit Court and County District Court of the 20th Judicial District.

History:  The county was created in 1806. The court first met at the log house of Okie Hendrickson at Poplar Flats. The county seat was moved to Clarksburg in 1810 and the second courthouse, a two story log structure, was built. The county seat was moved to Vanceburg in 1864. In 1865, the third courthouse was built in Vanceburg by Mr. Flora of Bracken County at a cost of $25,000. The fourth and present courthouse was designed to resemble the Independence Hall in Philadelphia and constructed in 1939 to 1940 at a cost $98,277 to $150,000.  The County Justice Center was constructed in 1998 to 2000. 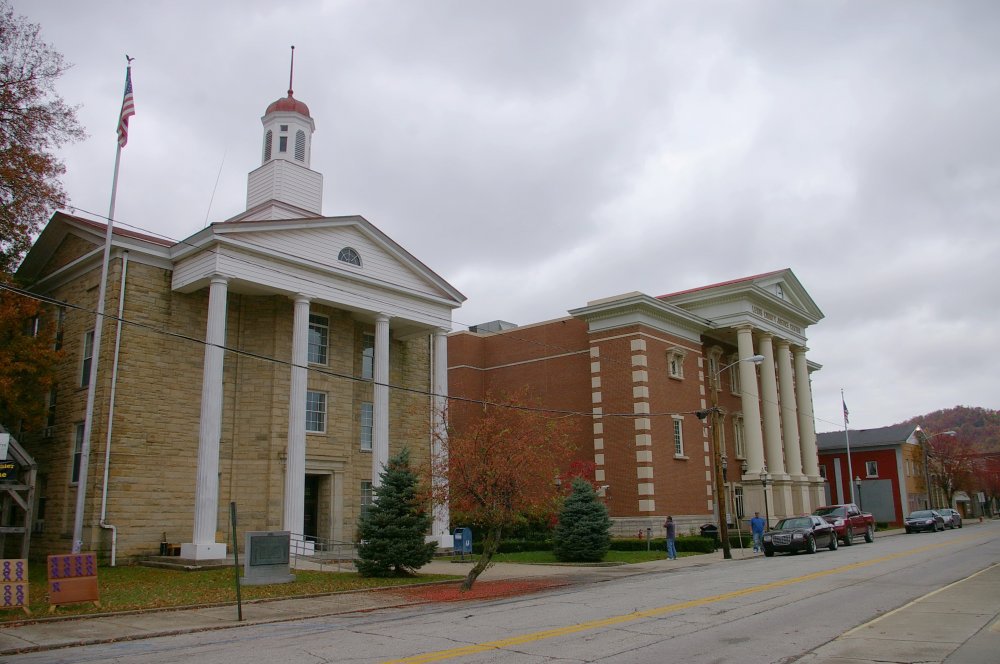 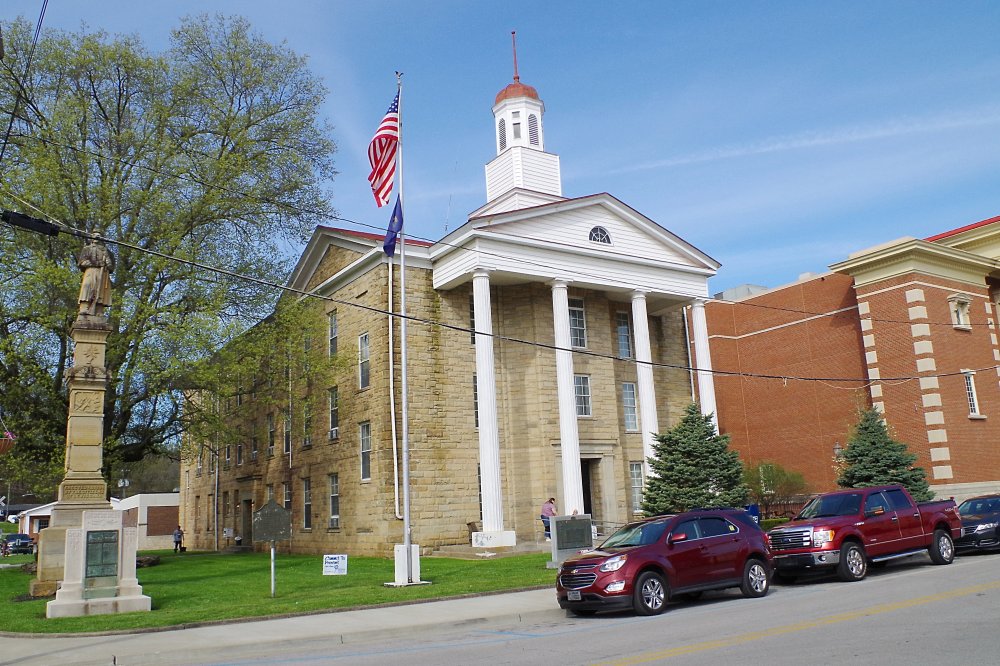 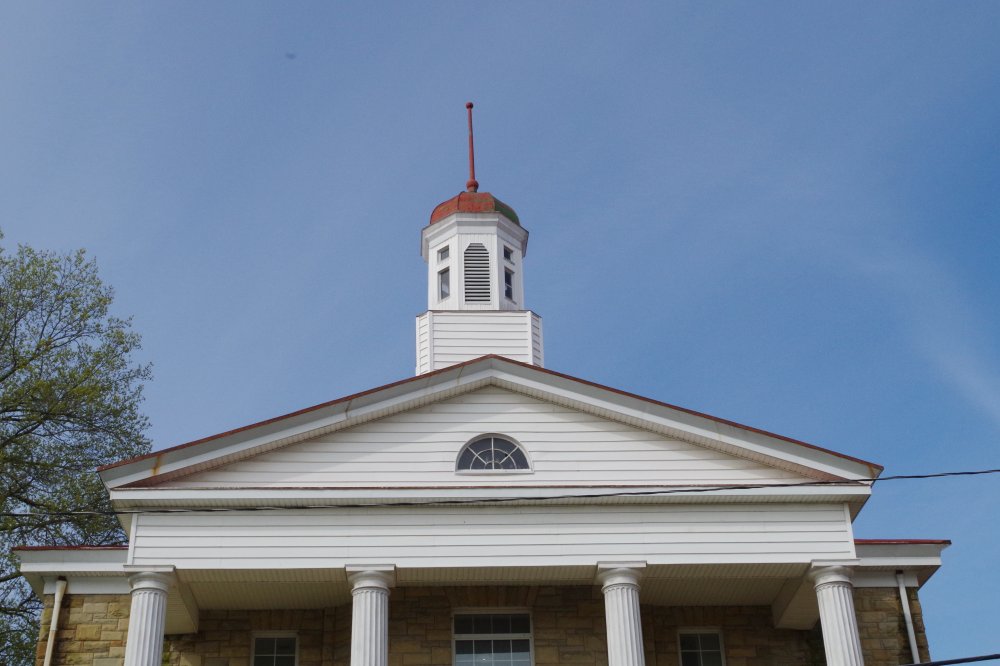 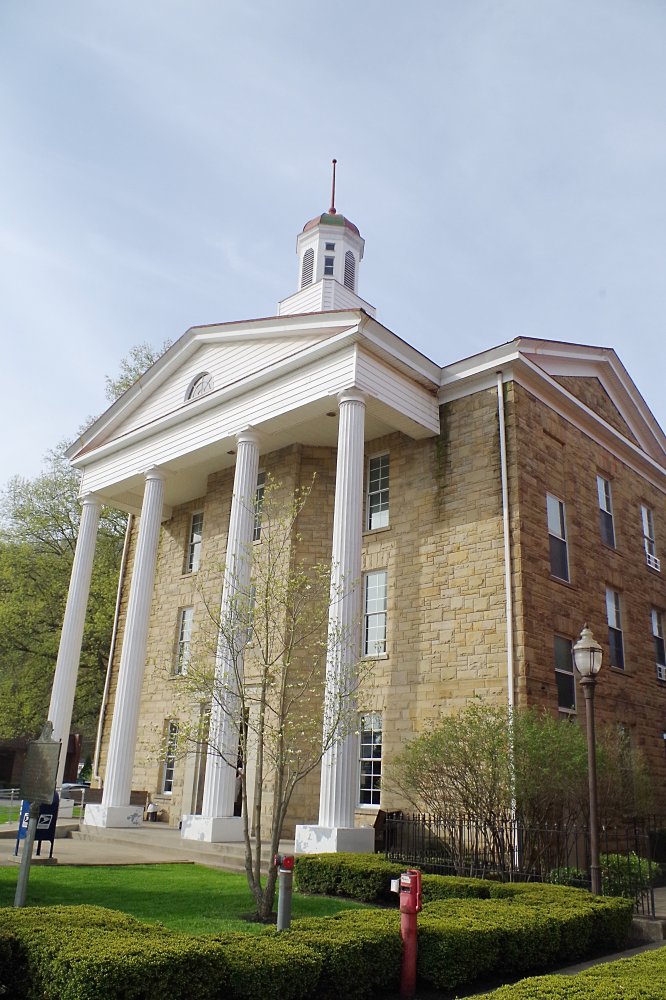 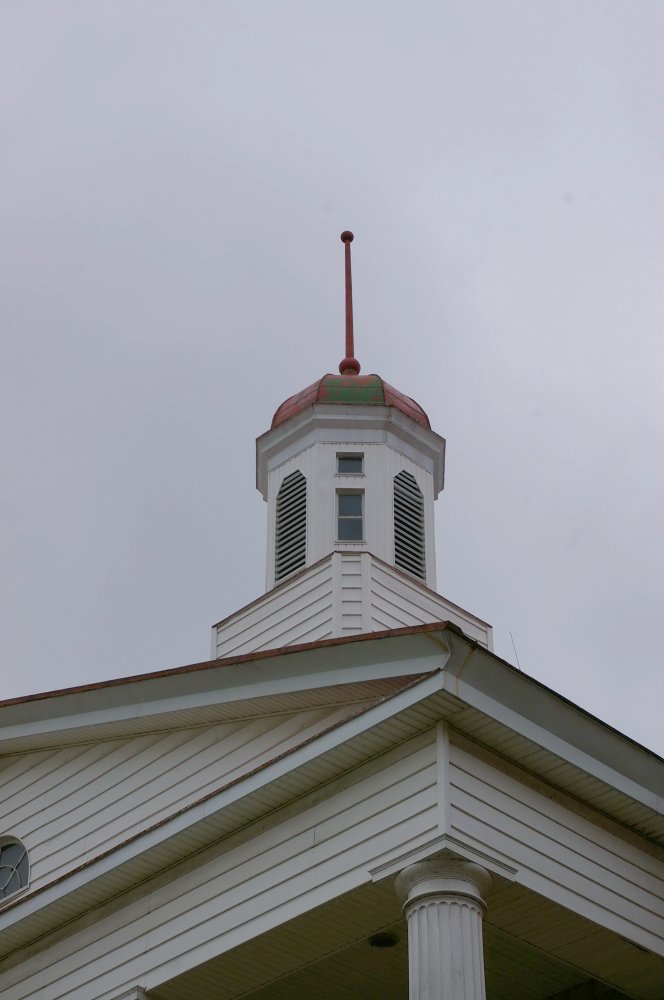 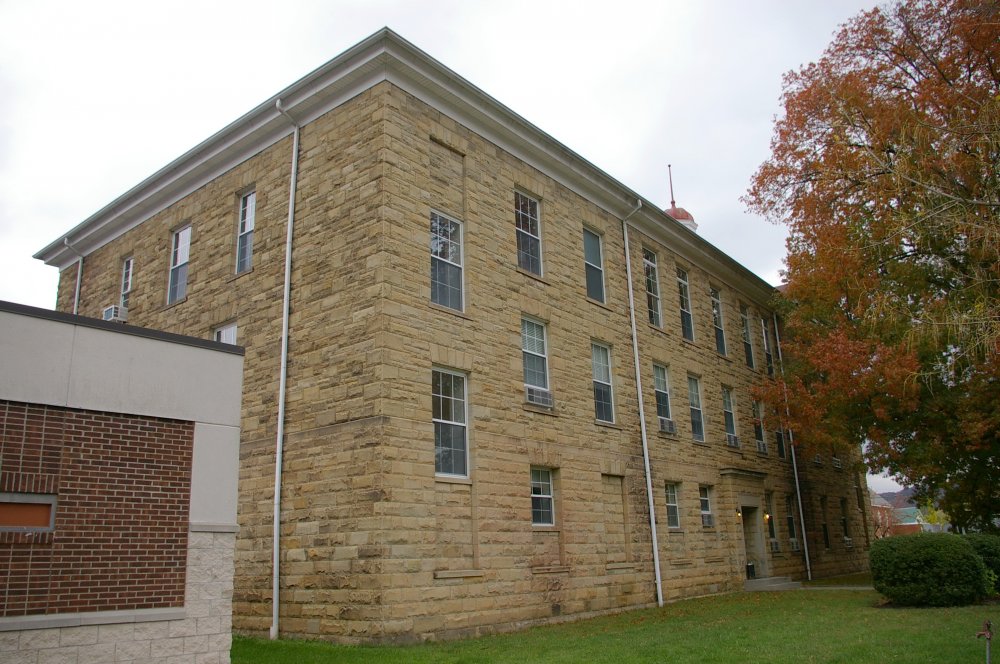 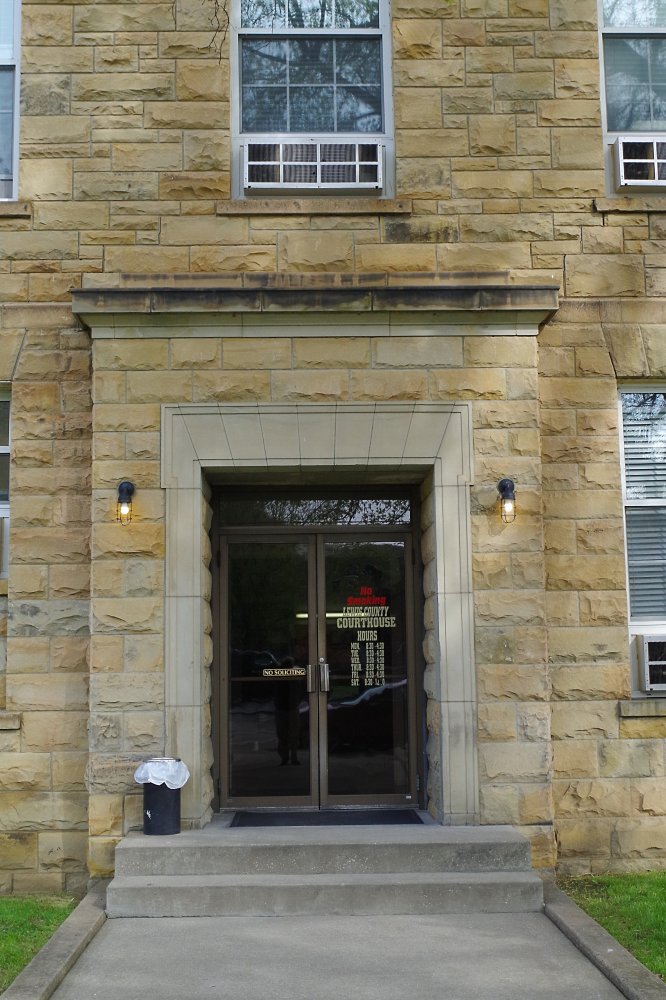 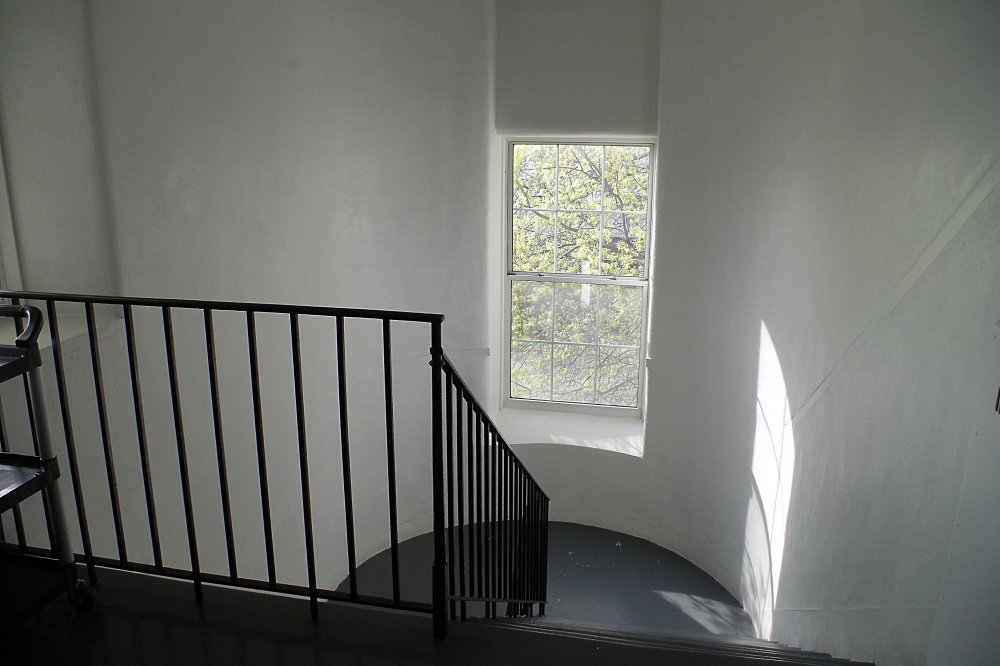 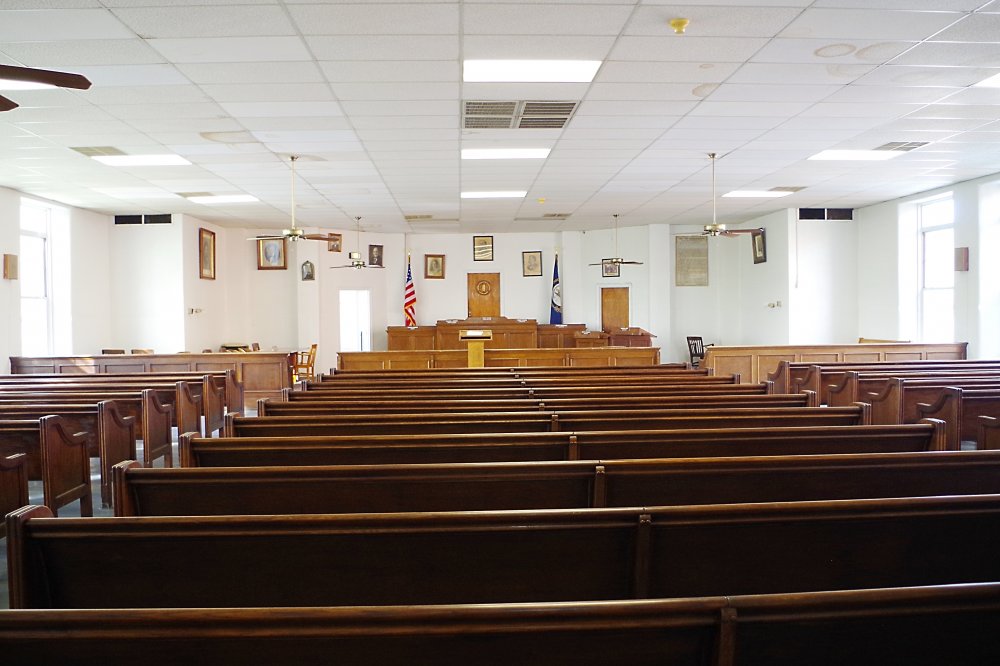 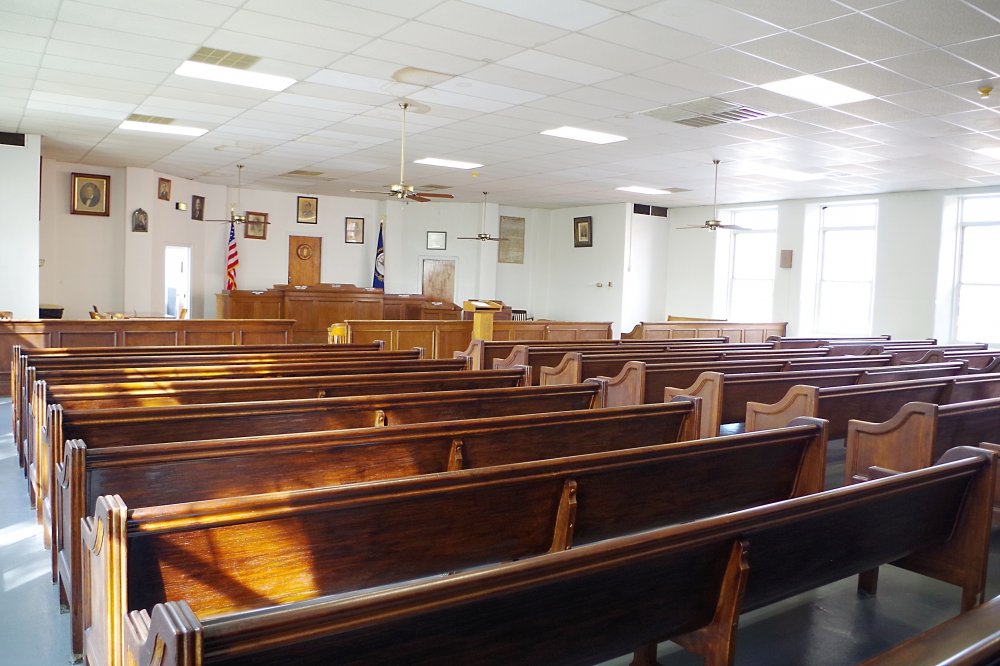 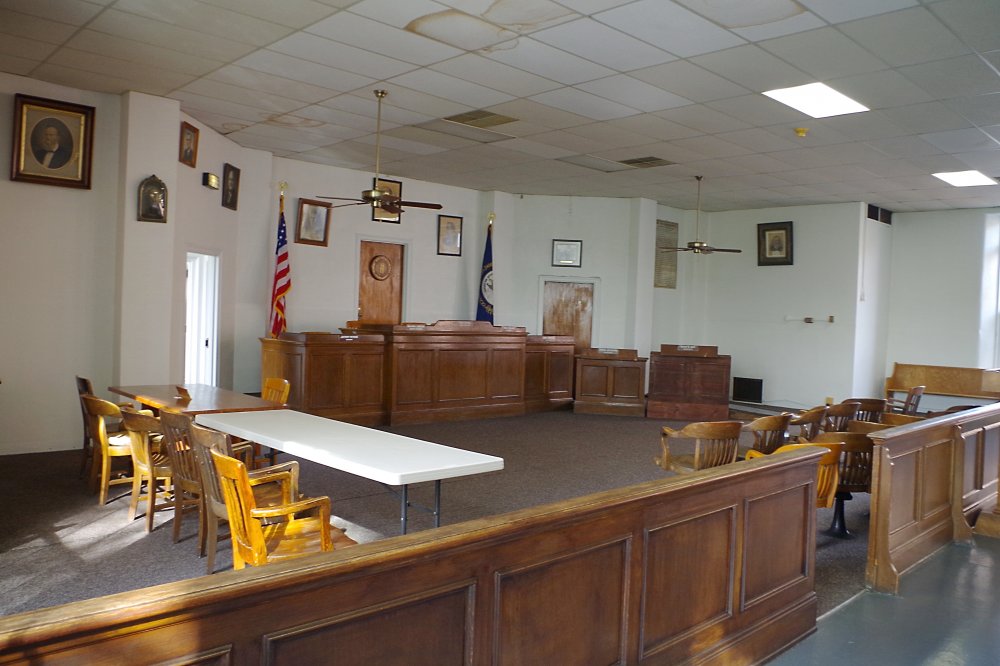 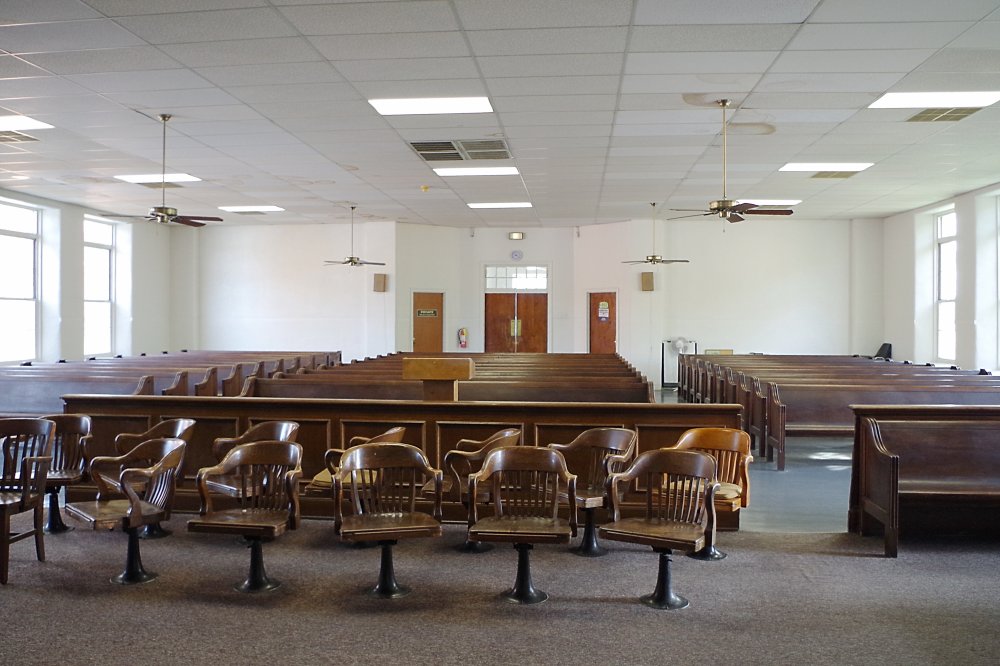 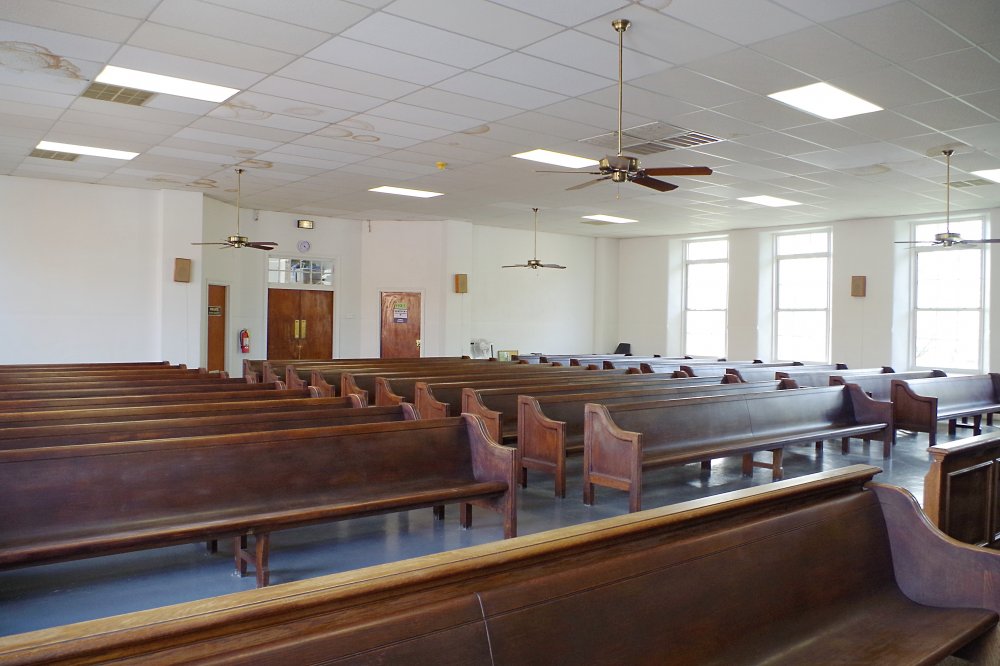 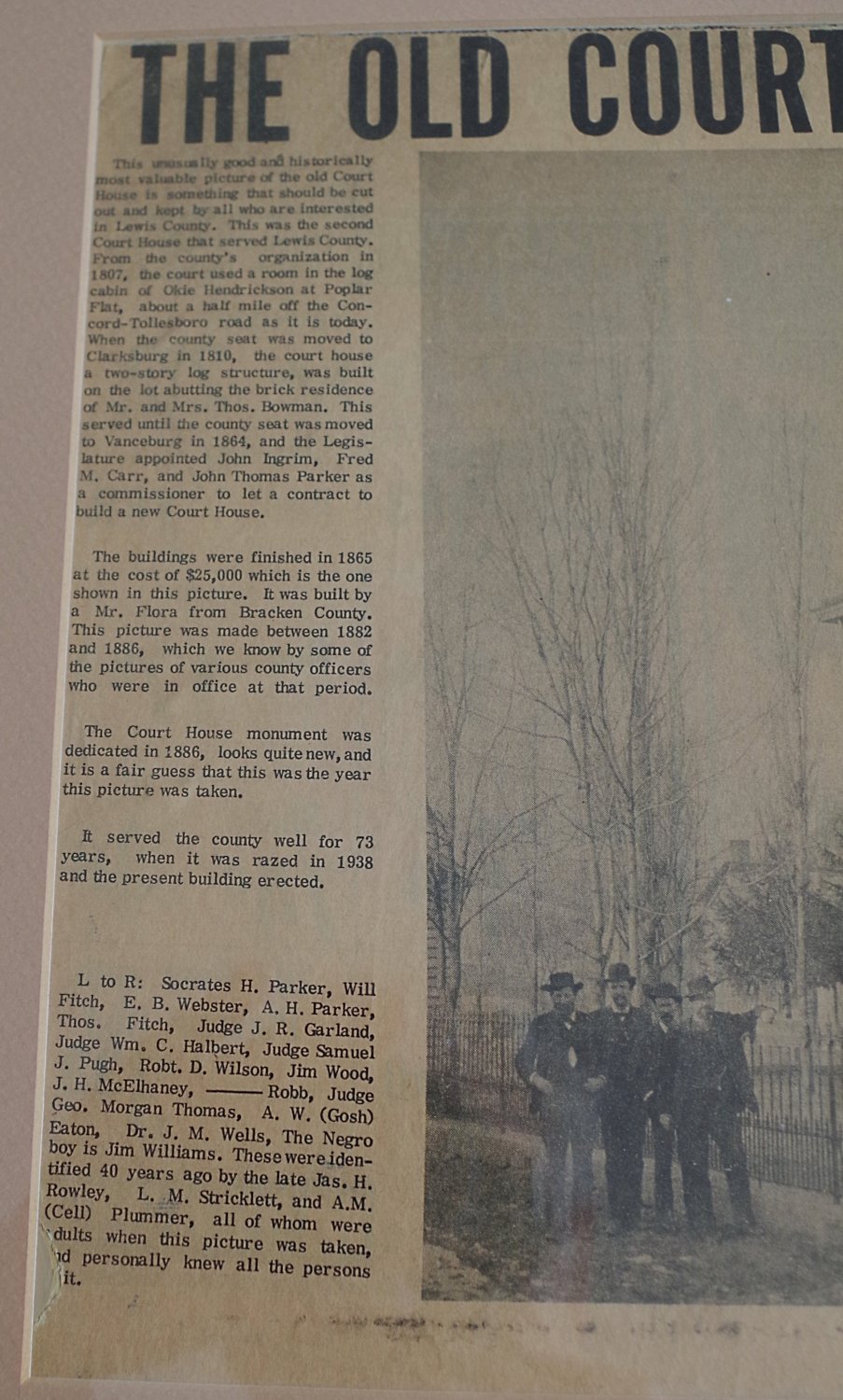 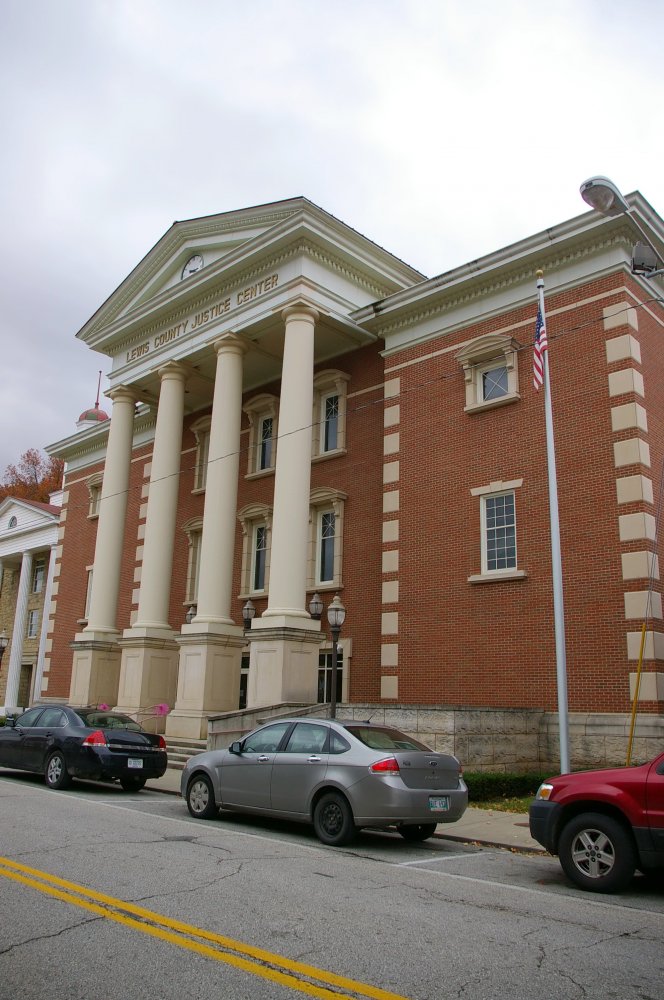