Letcher County is named for Robert P Letcher, who was the Governor of Kentucky from 1840 to 1844.

Description:  The building faces north and is a three story glass, steel and concrete structure. The building is located in the center of Whitesburg. The north front has a long one story portico on the second story with a semi-circular extension in the center at the entrance. There is a bell at the roof line. The base of the building is dark red colored brick descending south down the slope. The windows are horizontal and the roof line is flat. The courtroom is located at the center of the third story. The building was originally a blue beige color and was renovated in 1998. The architect was Richards Associates Architects of Whitesburg and the contractor was Venture Contracting, Inc. of Glasgow.

History:  The county was created in 1842 and Whitesburg was selected as the county seat. The first court met at the log home of Mose Adams built in 1812 and razed in 1928. The first courthouse was a wood structure built by Ephram Hammond in 1843 to 1844. Reverend John A Caudill completed the construction when Ephram Hammond defaulted. The building was razed in 1897. The second courthouse was a two story brick structure designed and constructed by Lewis R Perry in 1898 to 1899. The building was expanded in 1936 to 1937 by Work Progress Administration. The building was razed when the third and present courthouse was constructed in 1964 to 1965. 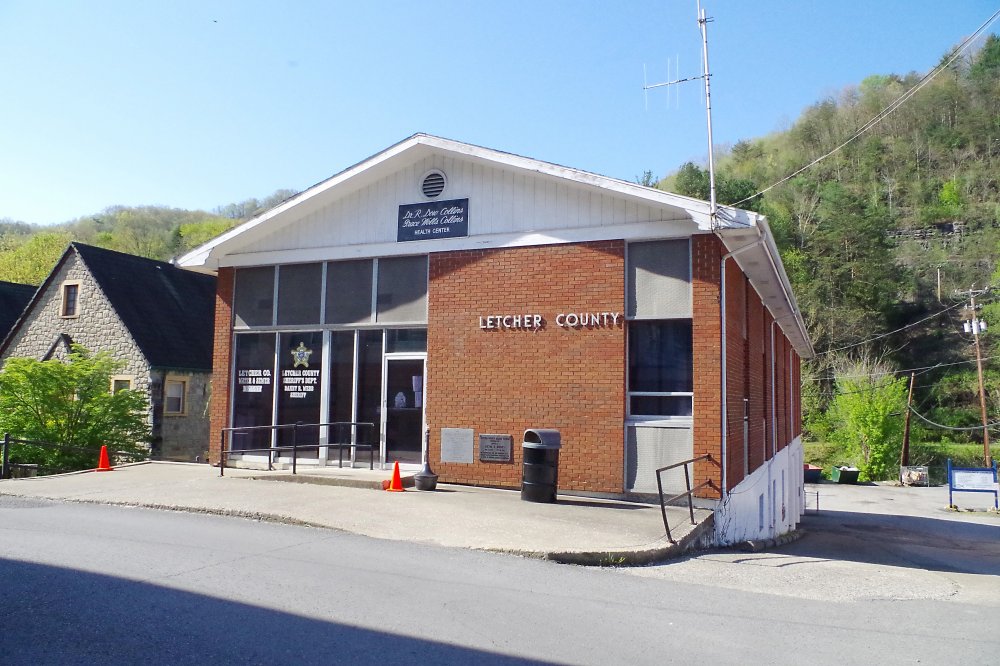 Description:  The building faces north and is a two story red colored brick and concrete structure. The building is located in the center of Whitesburg on the south side of the courthouse. On the north side, the second story is at street level and descends southwards down a slope. The north entrance is glass and the roof is hipped. The building houses the Sheriff’s Office. 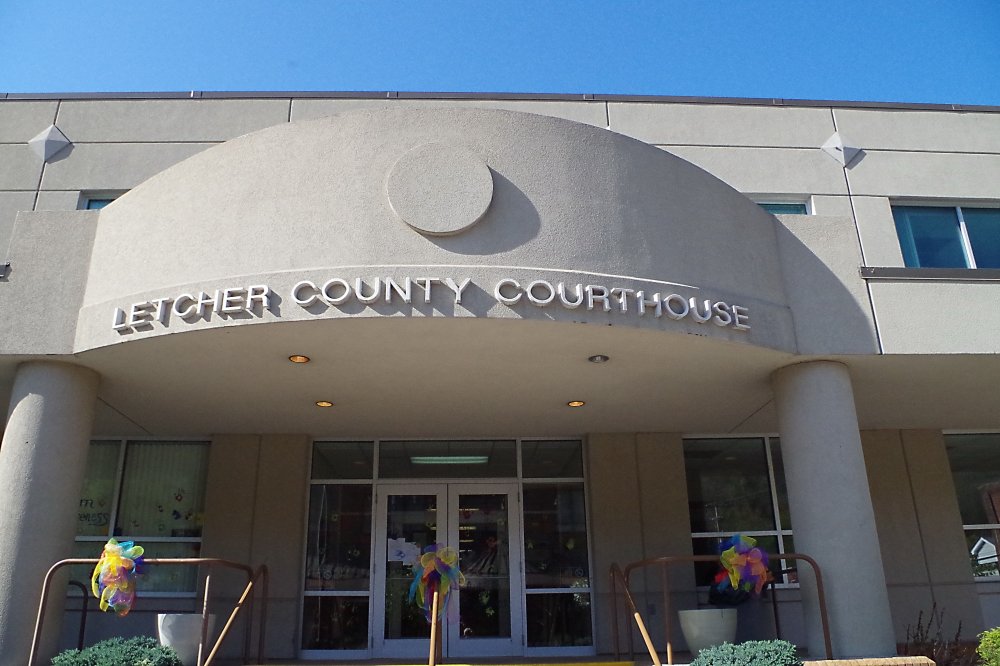 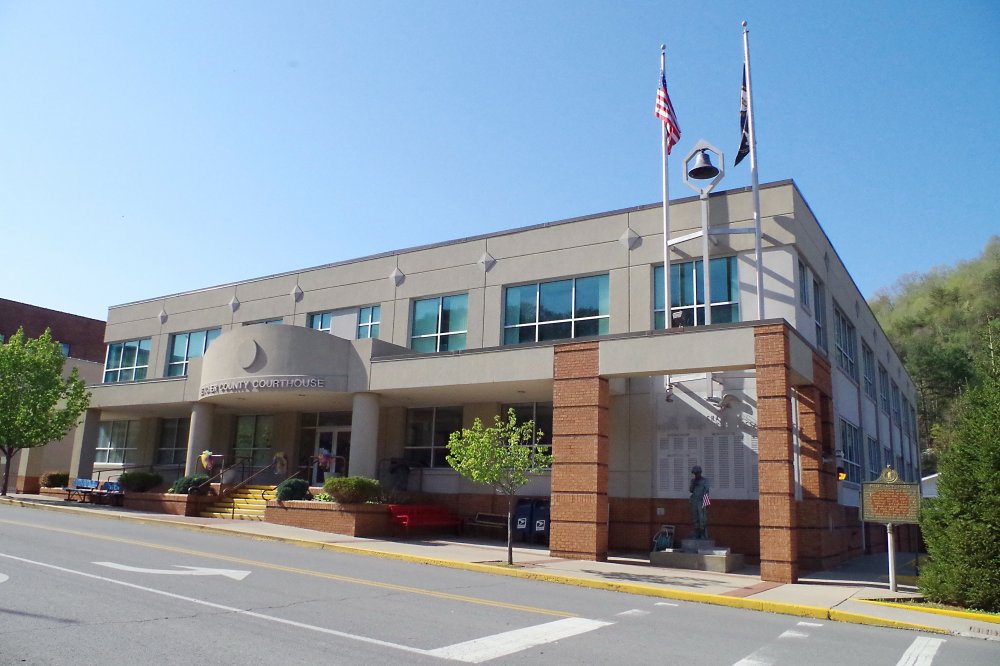 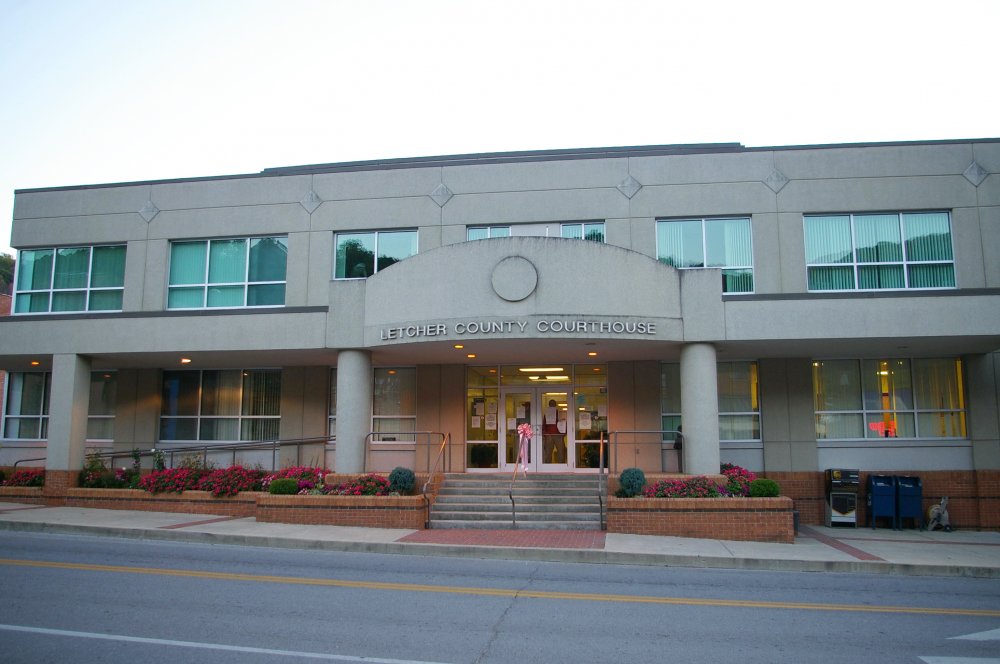 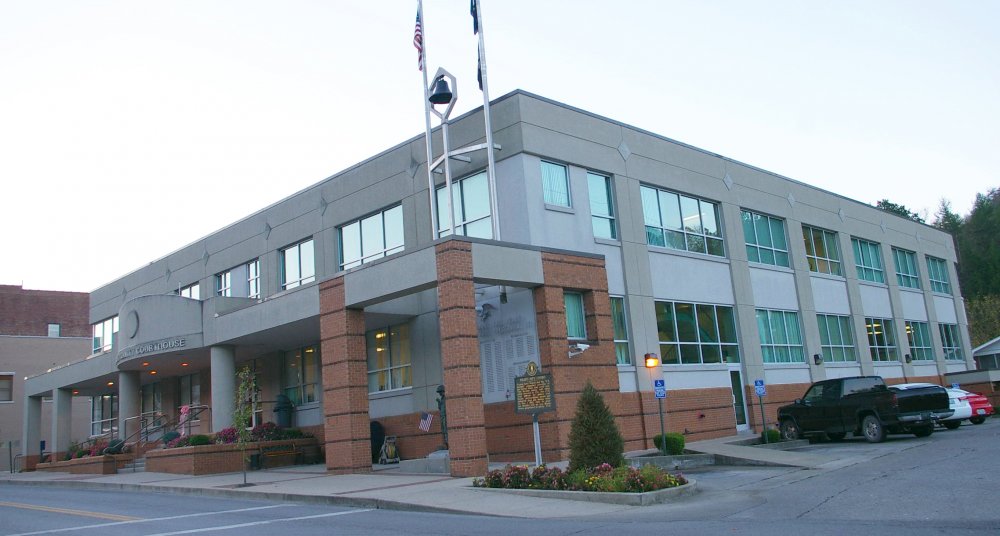 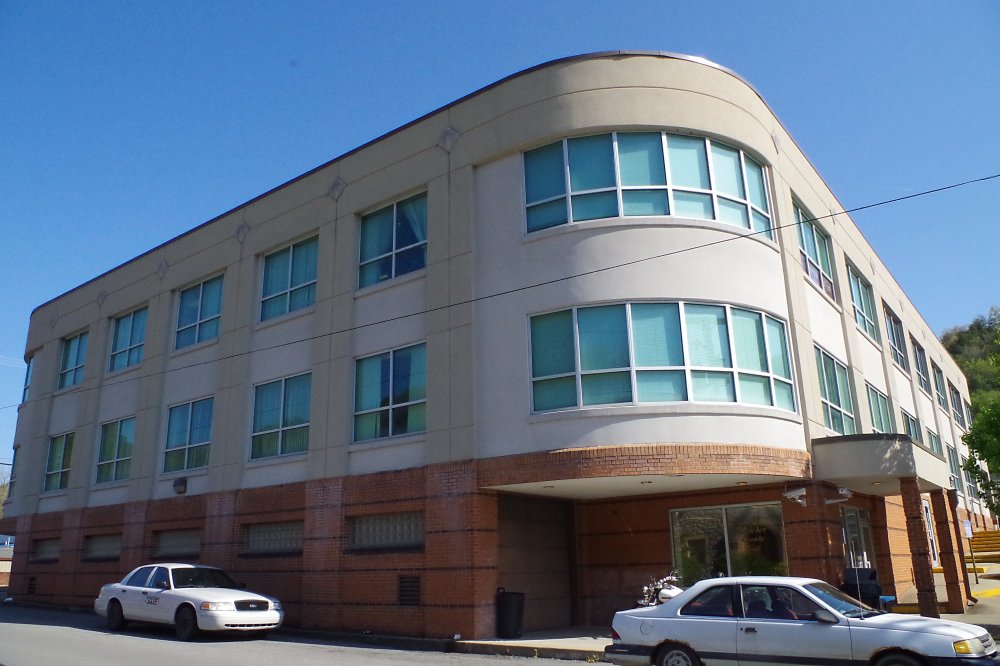 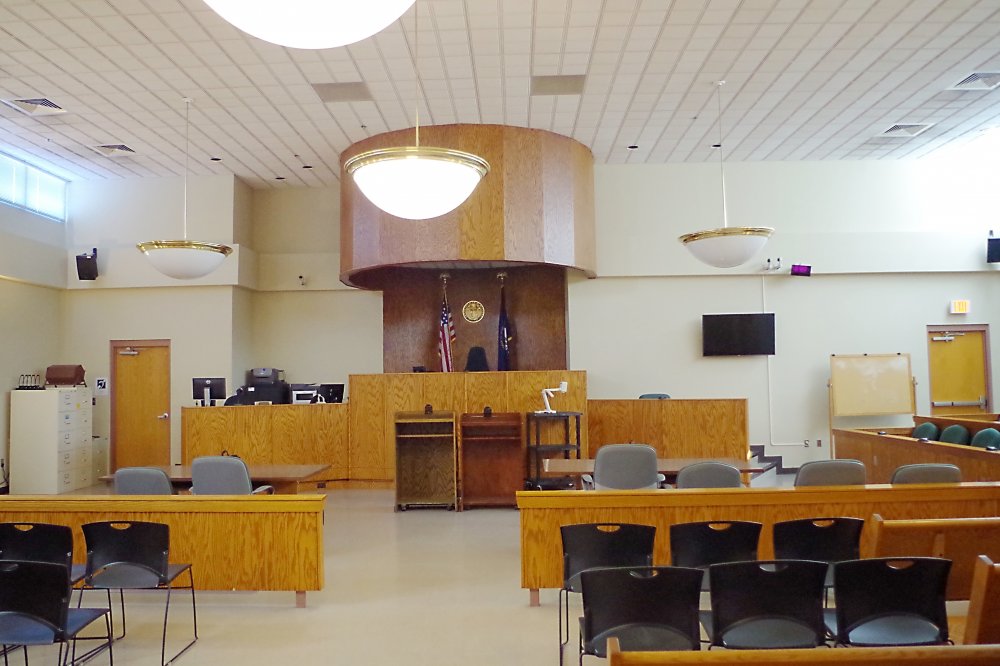 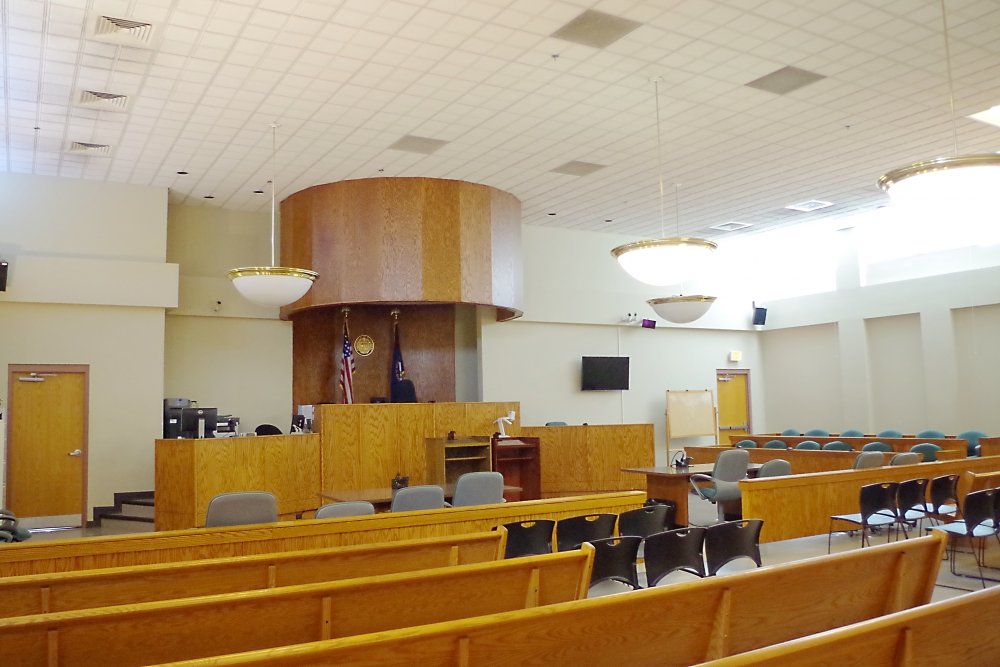 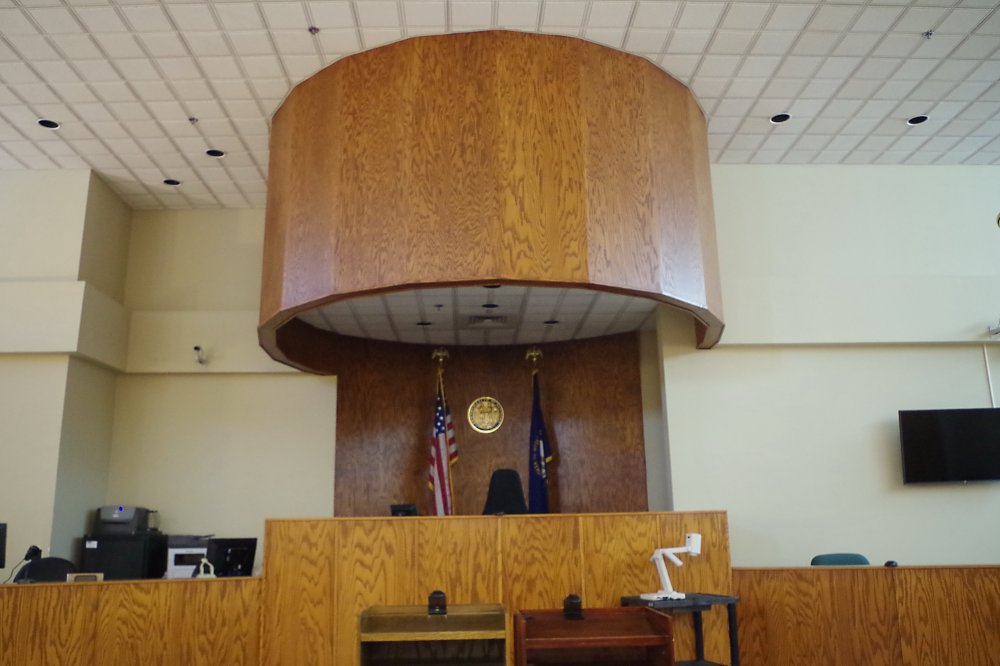 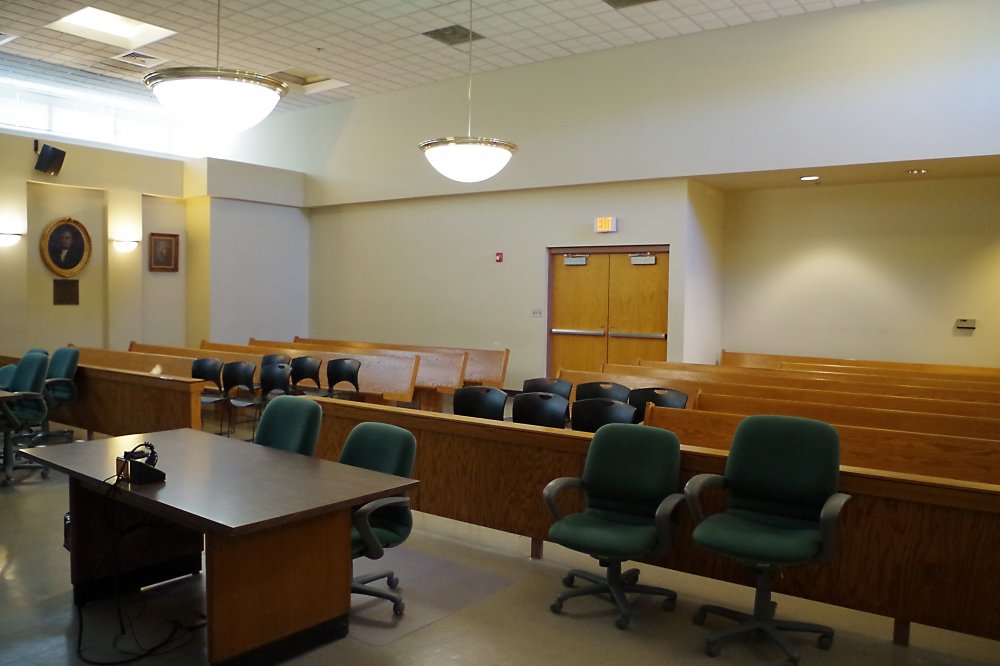 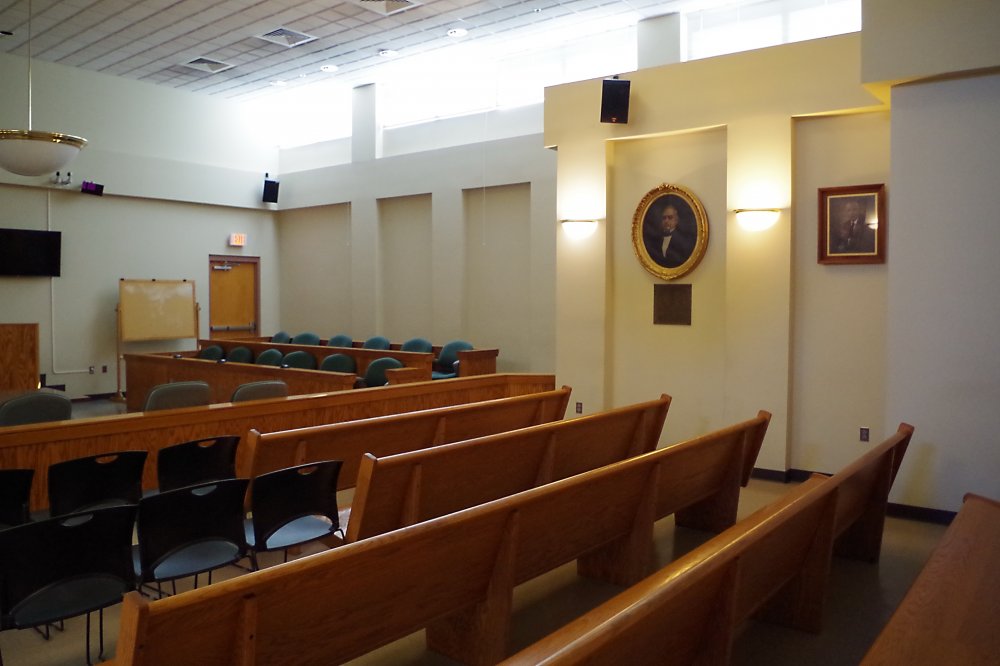 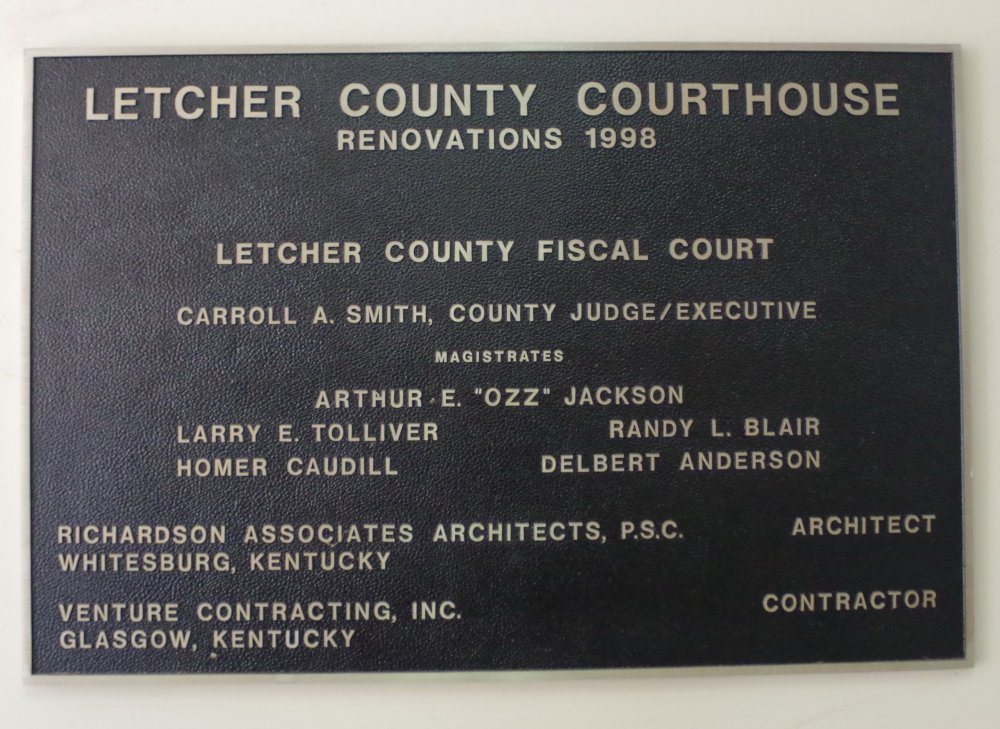 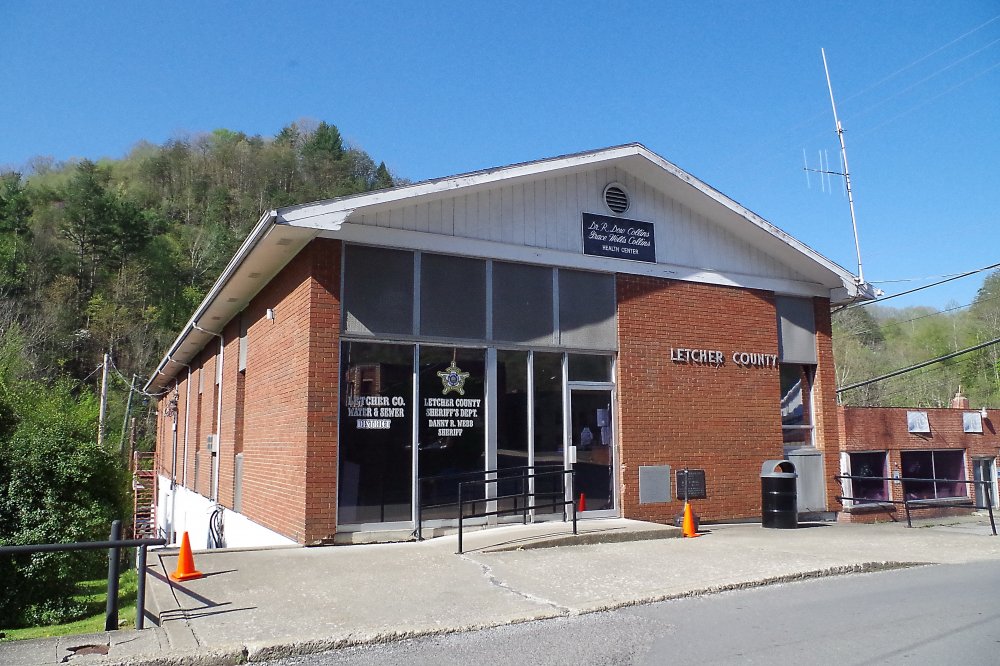 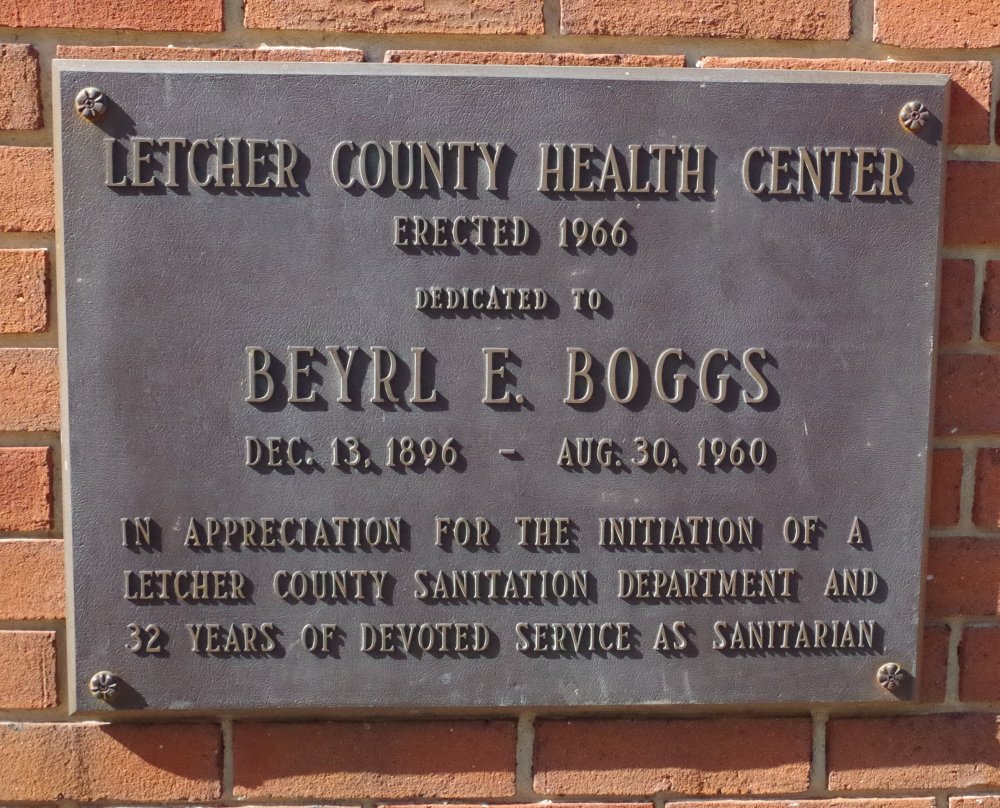 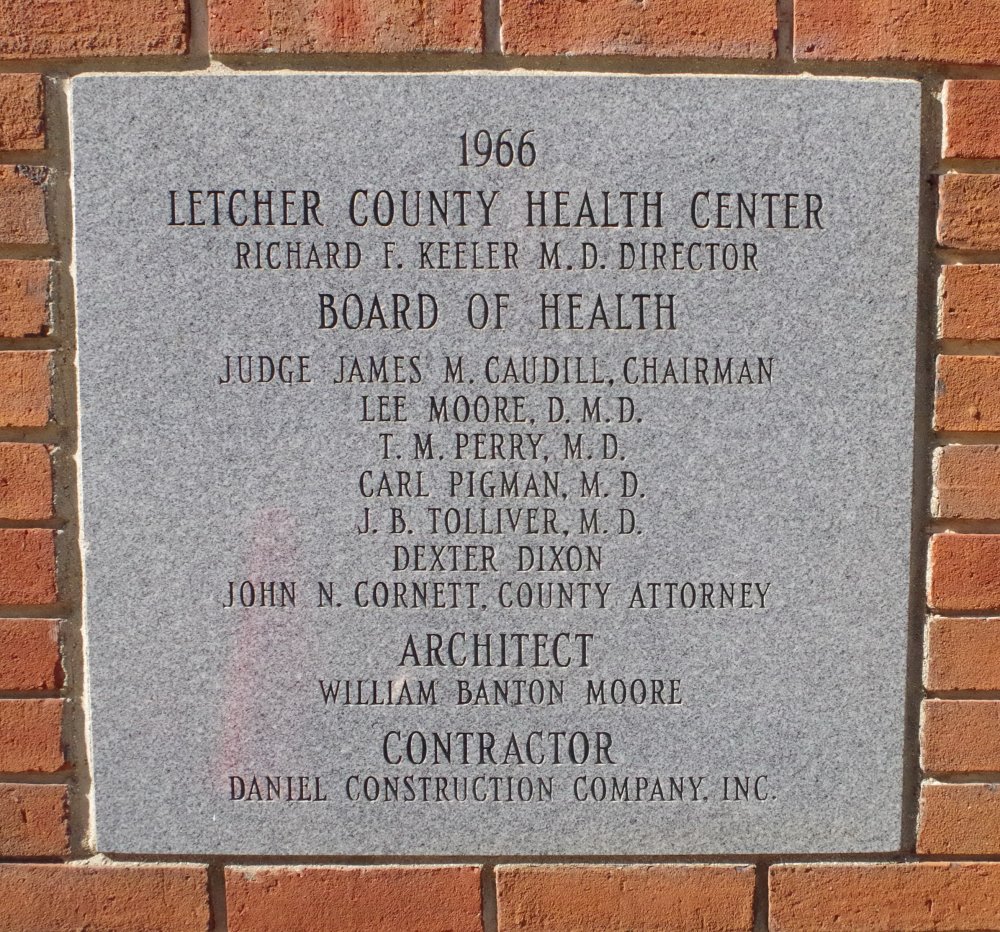