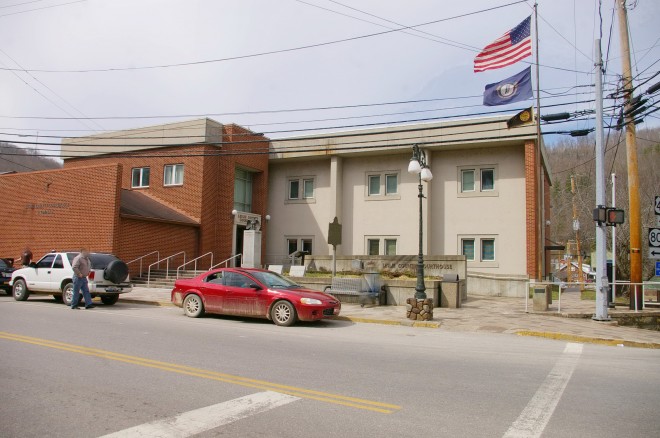 Leslie County is named for Preston Leslie, who was a Governor of Kentucky.

Description:  The building faces south and is a two story red colored brick and concrete structure. On the west side of the front, the building projects with an entrance on the first story and a one story extension. Vertical concrete dividers are between the windows on the east side on the front, A wide concrete belt runs along the flat roof line. A small plaza is located in front of the building. An addition was built in 1970. The building was renovated in 1984 to 1985.

Note: The previous courthouse was designed by H P McDonald Brothers and was built by Fred Krueger in 1886. 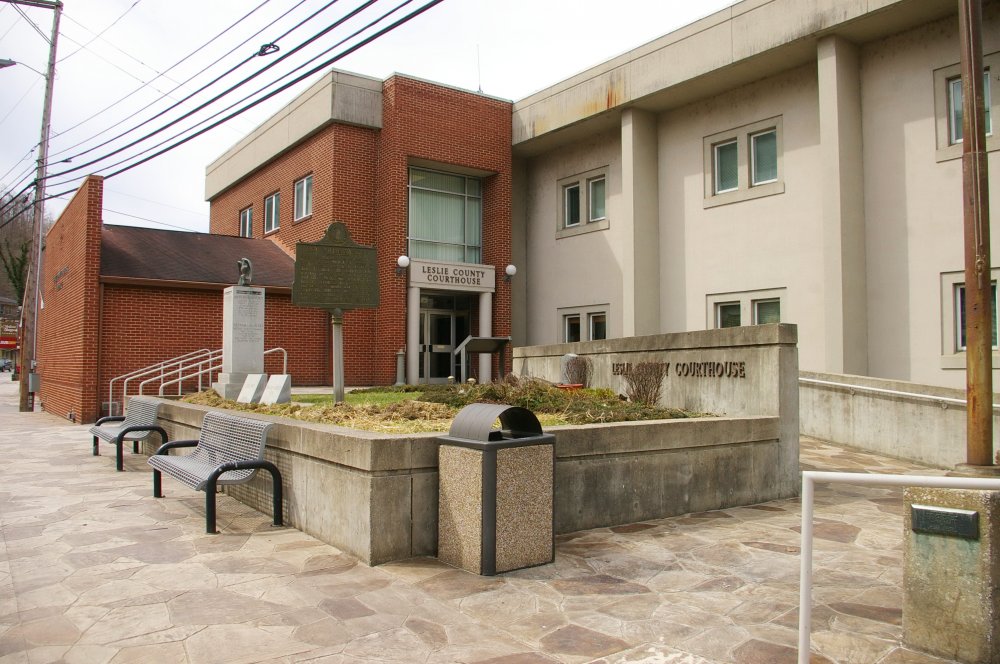 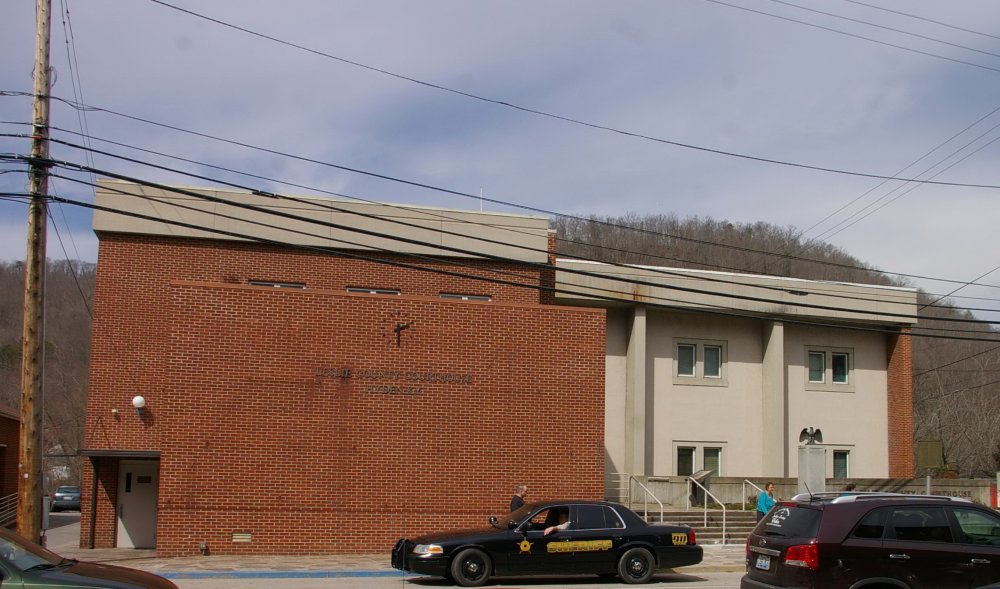 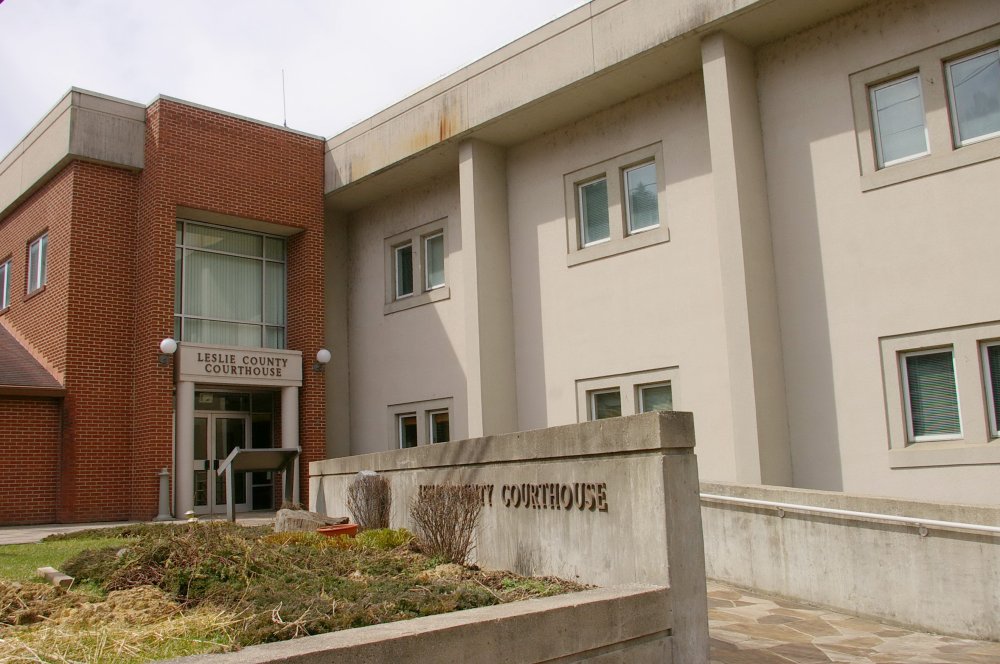 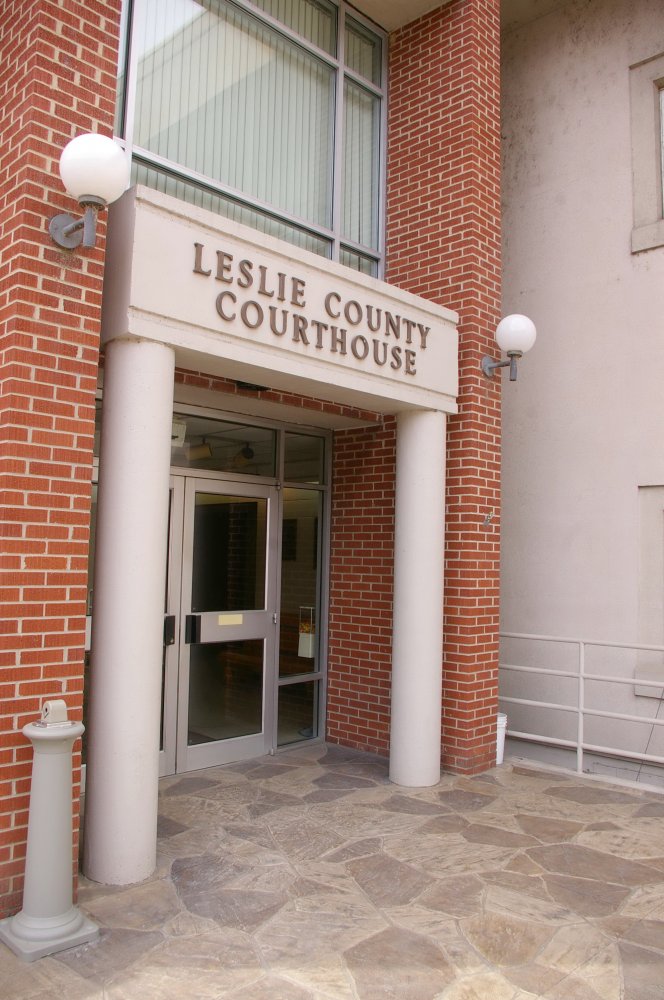 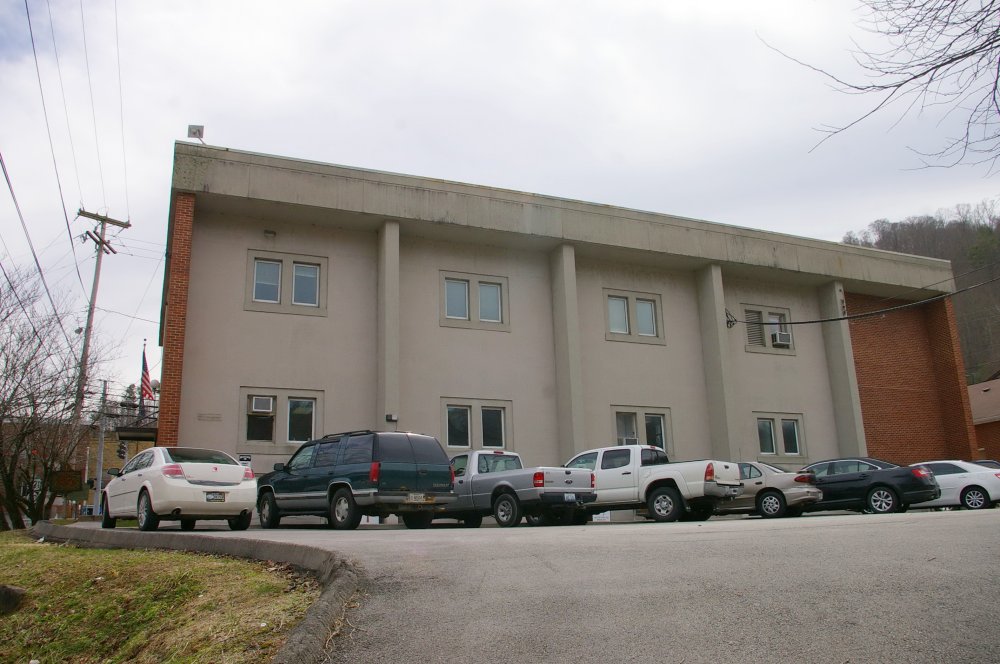 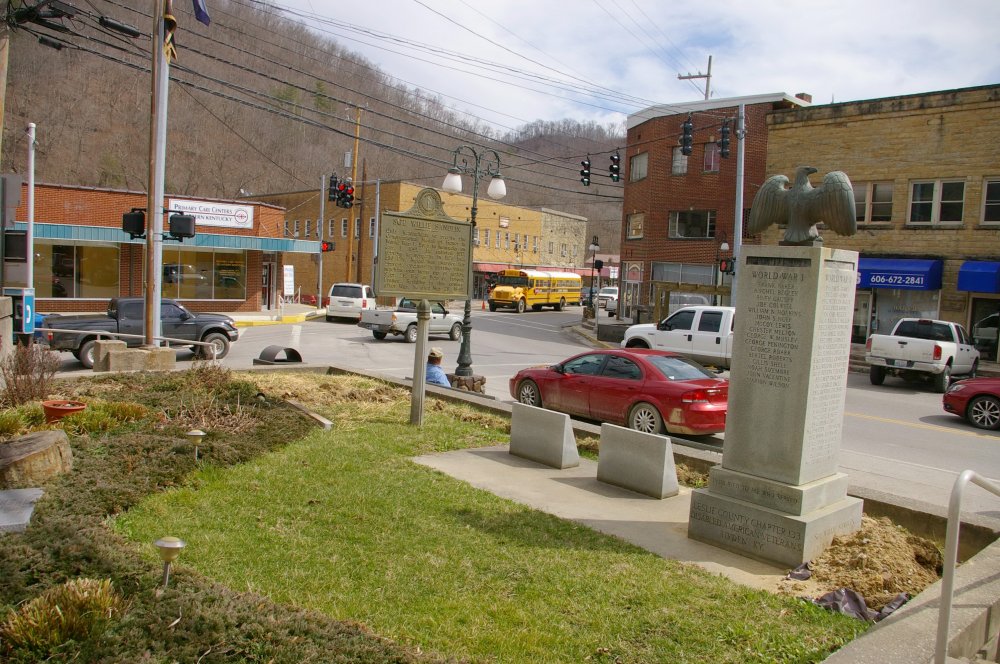 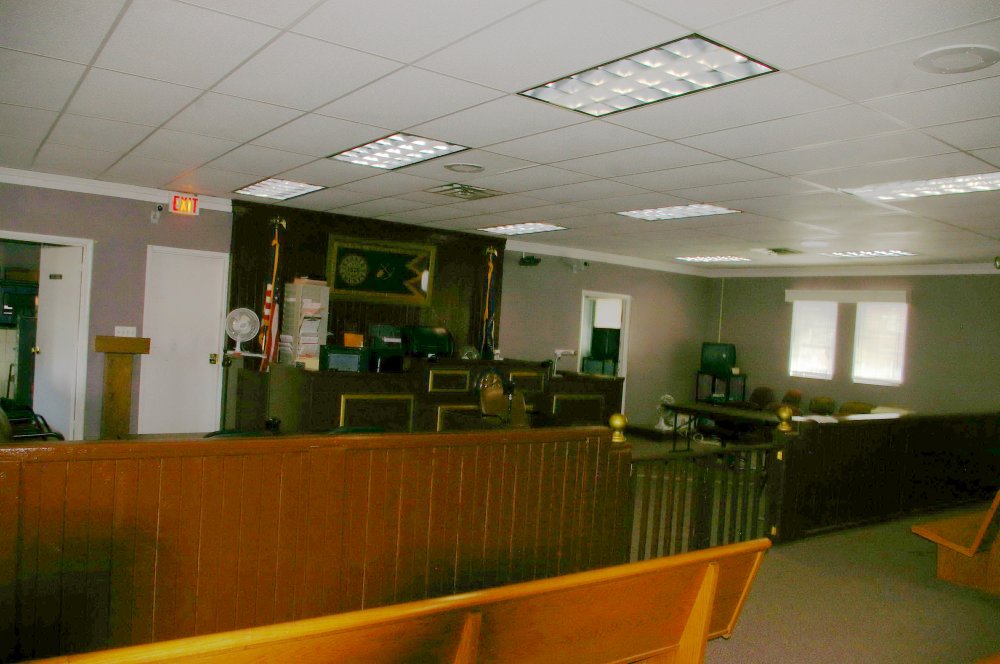 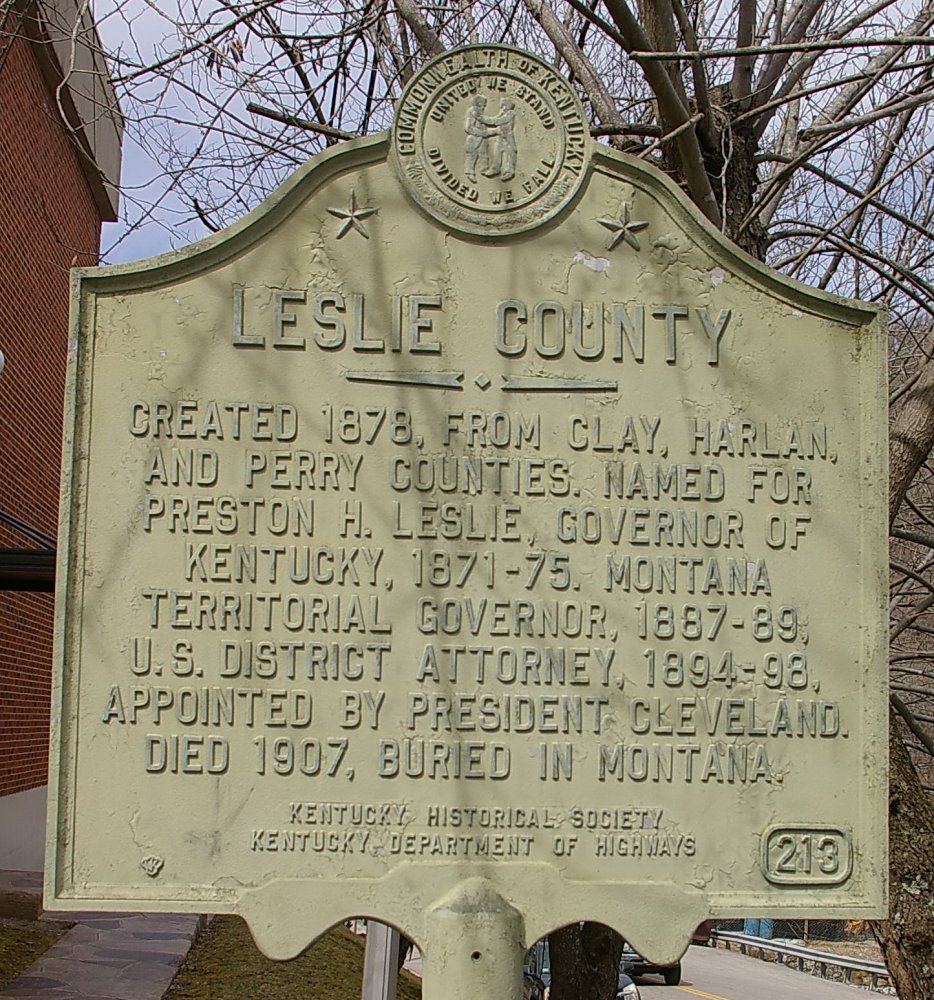