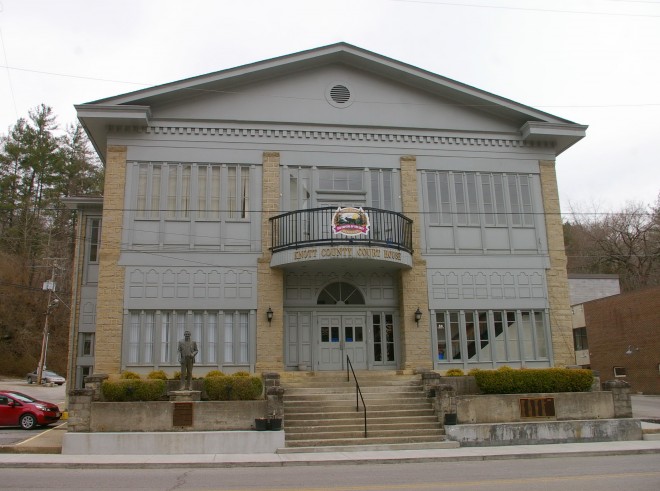 Knott County is named for James Proctor Knott, who was a Governor of Kentucky.

Description:  The building faces east and is a two story srtone structure. The building is located in the center of Hindman. The building is constructed of course ashlar sandstone.  The east front is gray colored and has a central recessed entrance with fanlight over the entrance. On the second story is circular balcony. The windows are narrow and vertical. The roof is hipped. The building was remodeled in 1980. The building was funded under the Public Works Administration.

Note:  The stones were from a large quarry located on the present land of Mrs. Ray Leon Smith of Duke’s Branch, less than a mile behind the building. By local accounts the late U.S. House Representative, Carl D. Perkins, is said to have been one of the quarry workers who supplied the stone for the building. Description:  The building faces west and is a three story buff colored stone and concrete structure. The building is located in the center of Hindman on the south side of the courthouse. The northwest corner has an open two story section with glass panel wall and third story windows with pediment at the roof level. The southwest corner projects from the main building and rises to a pediment at the roof line. The roof is hipped. 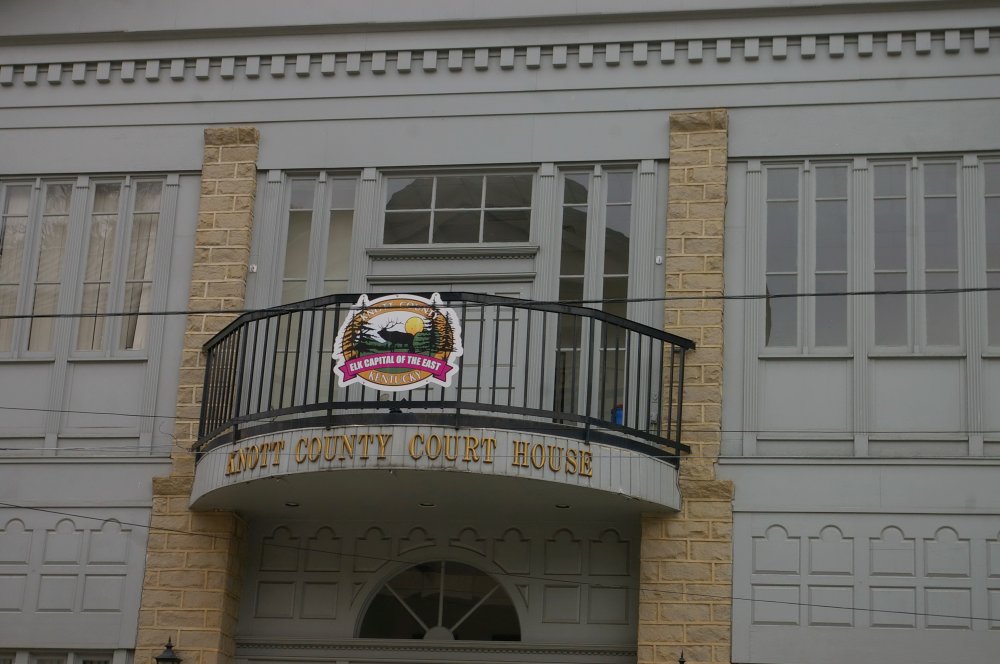 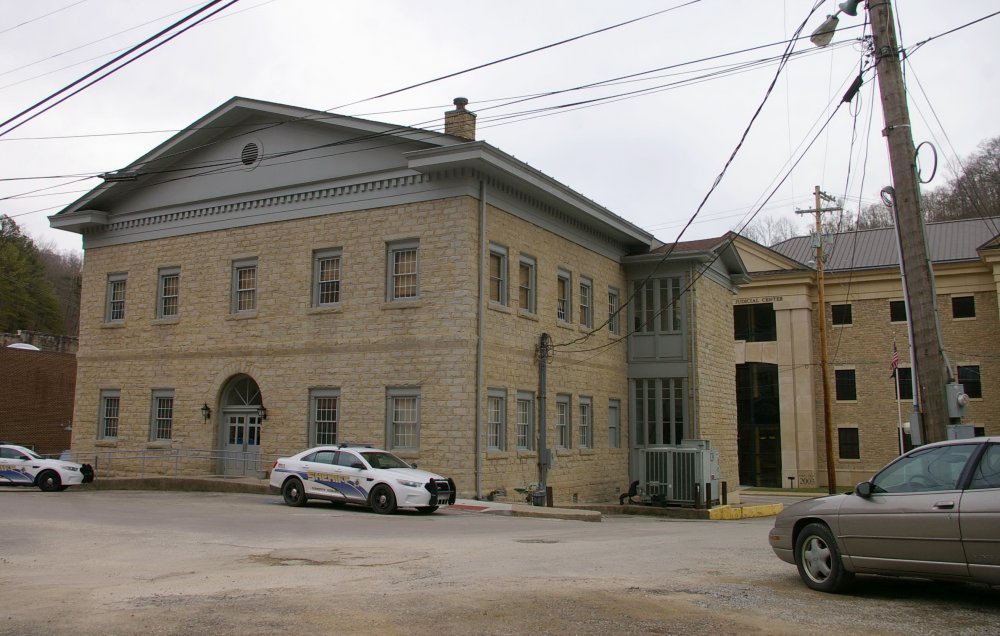 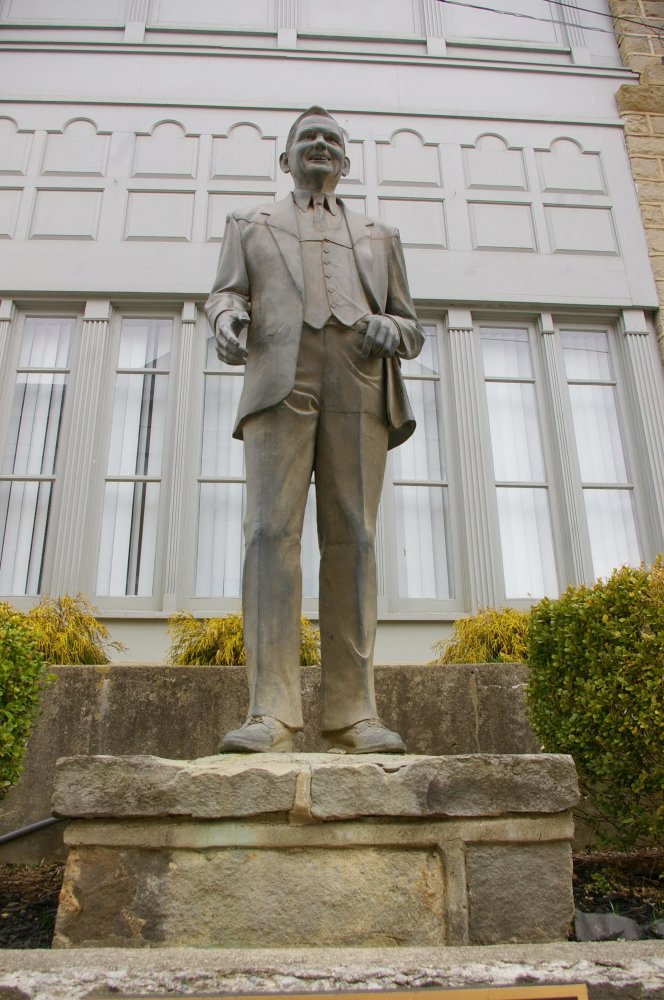 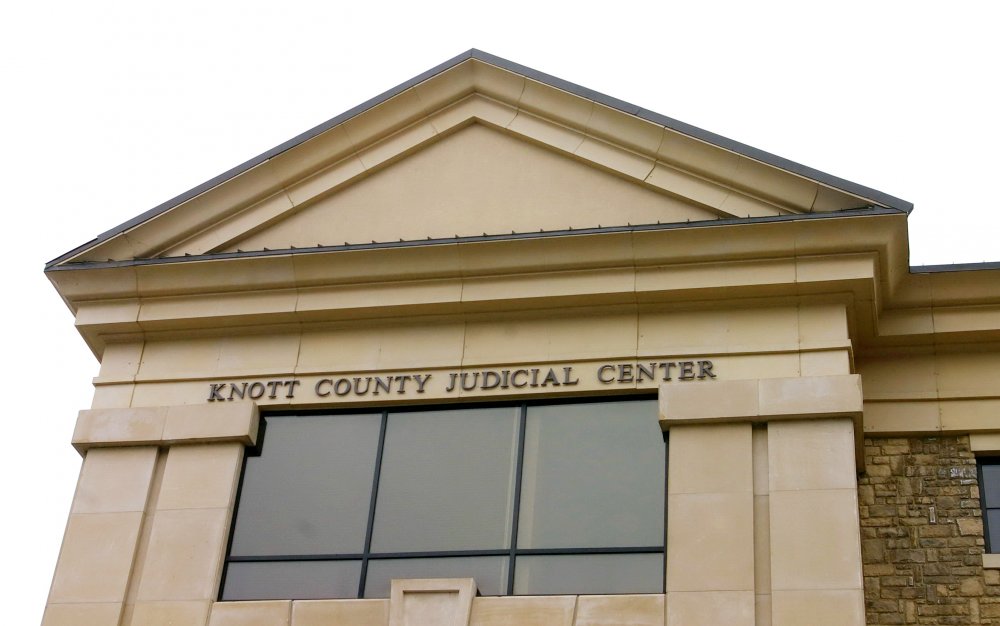 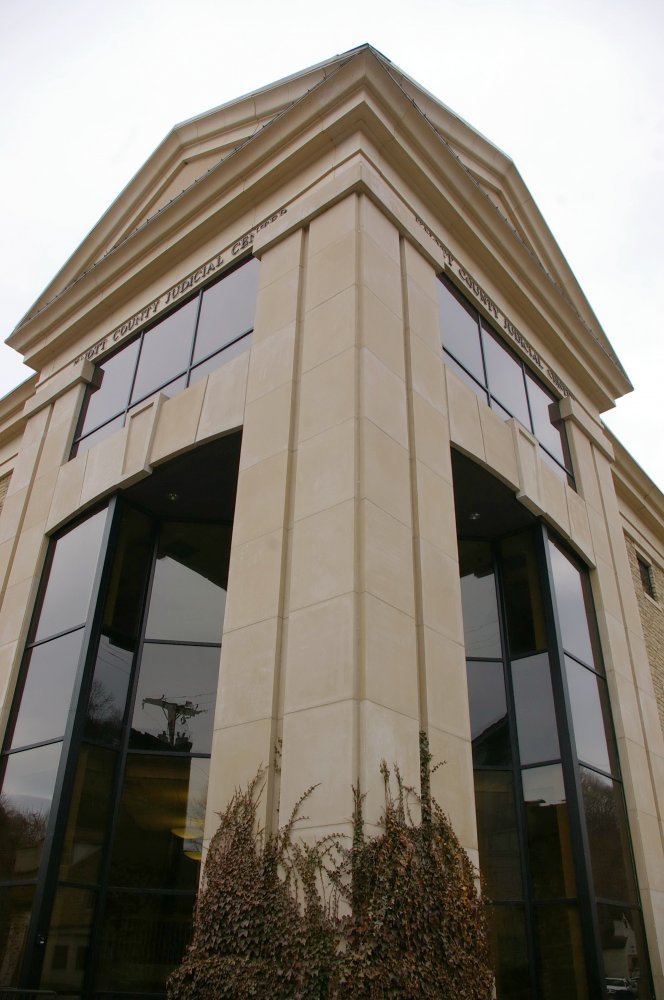 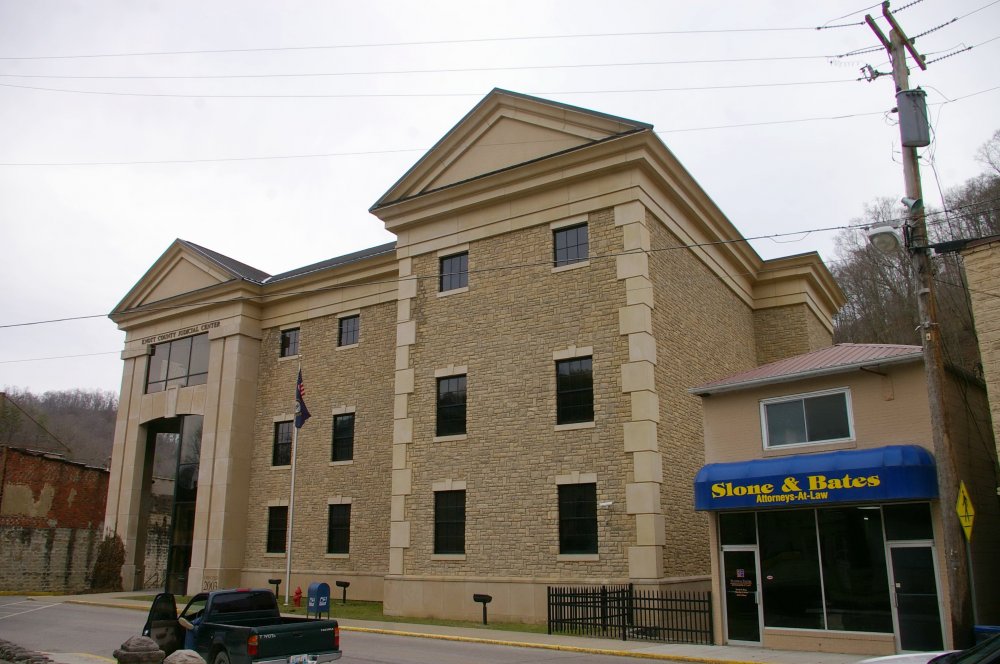 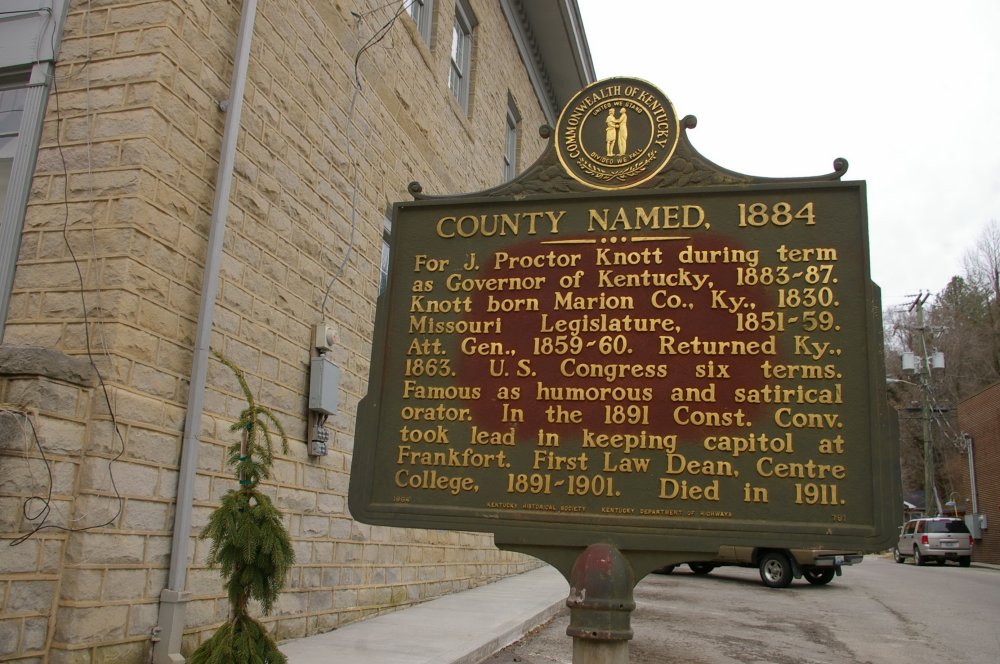