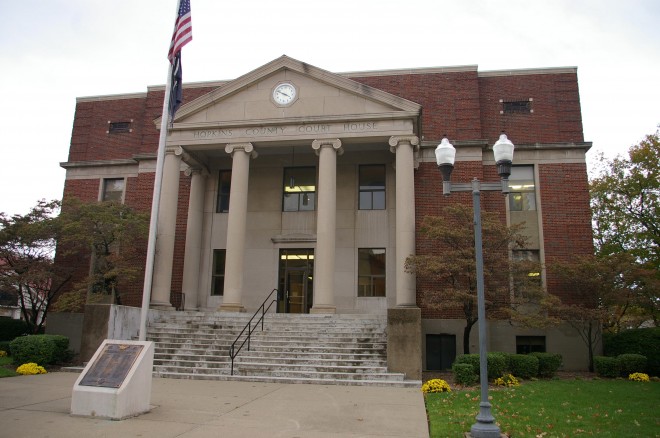 Hopkins County is named for General Samuel Hopkins, who was an officer in the Revolutionary War and the War of 1812, and served as a Kentucky legislator and United States Congressman.

See:  The architect,  Lawrence Casner of Madisonville, designed the courthouses in Caldwell County and Webster County. 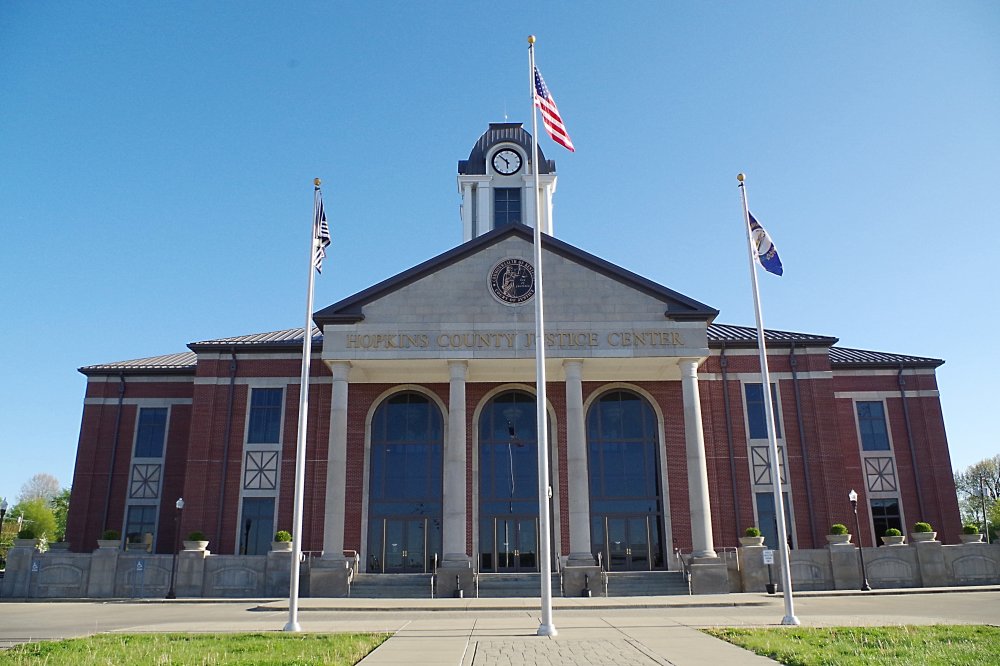 Contractor:   A & K Construction of Paducah

Description:  The building faces west and is a two story red colored brick and concrete structure. The building is located on landscaped grounds on the north side of the courthouse. There is a plaza on the west side. The west front has a large portico with four narrow columns rising to a wide pediment at the roof line. The recessed entrance has three glass paneled walls rising to the second story. On the center of the roof is a high square white colored cupola with clock and mansard roof. The roof is hipped. 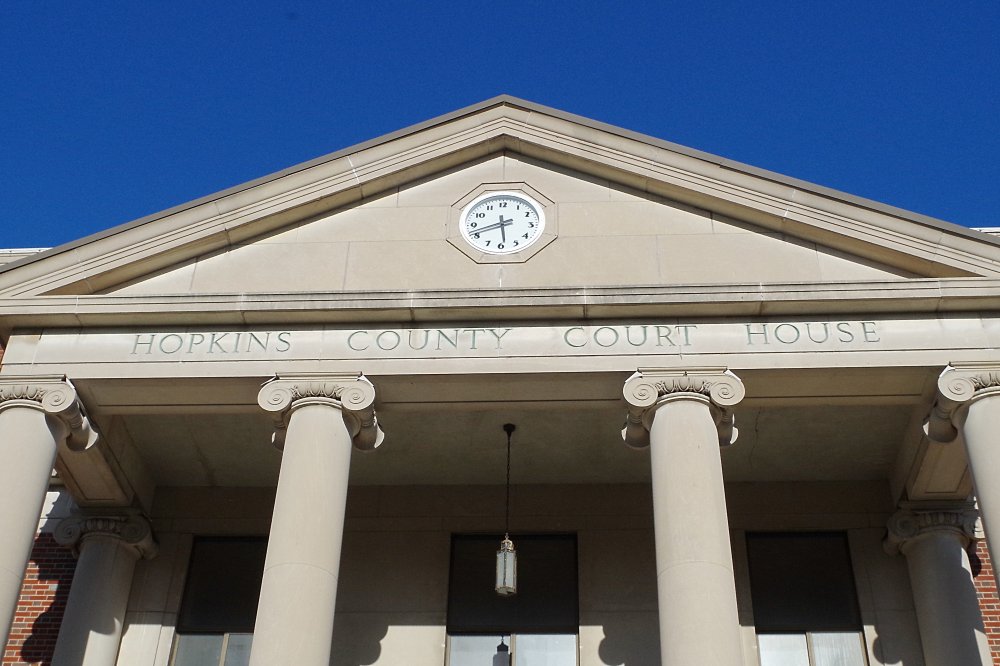 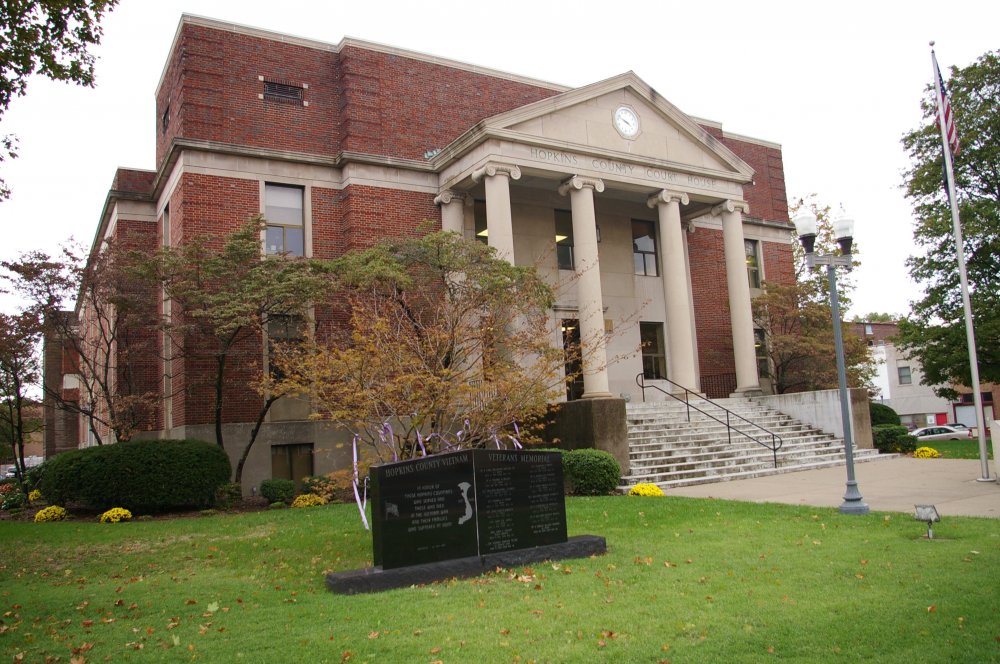 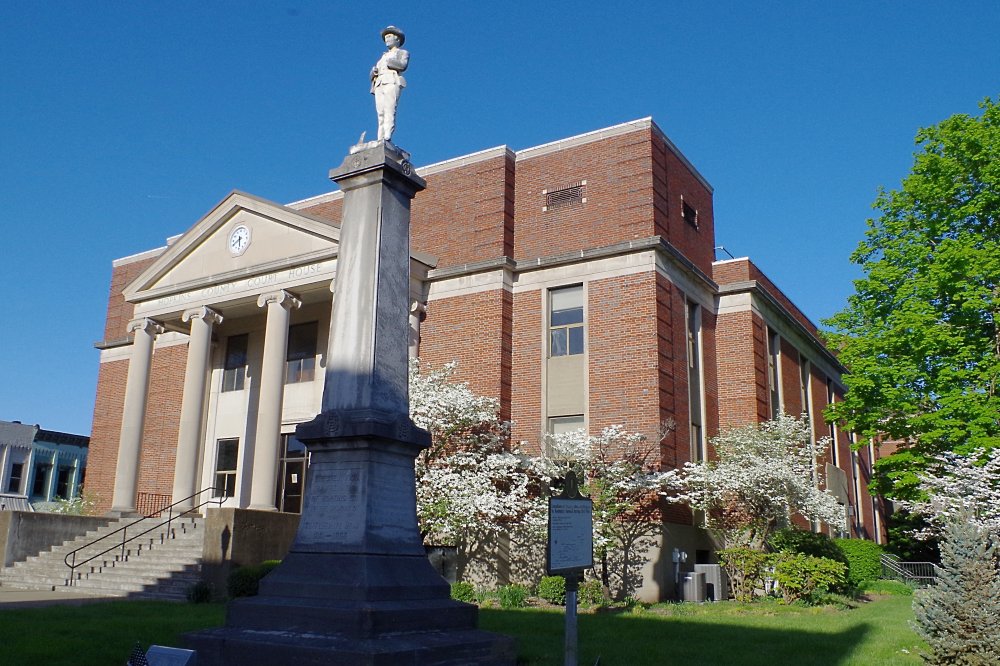